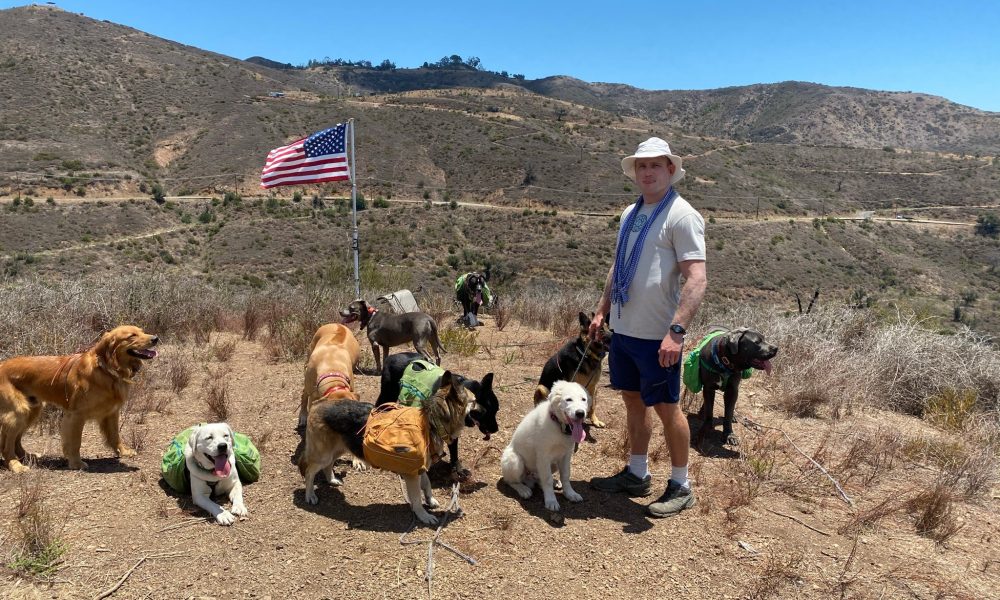 Colin, we appreciate you taking the time to share your story with us today. Where does your story begin?I’m 34 years old, and I grew up in a Pacific Palisades on the west side of Los Angeles county. I’ve always loved wildlife shows and National Geographic, and when “The Dog Whisperer, with Cesar Milan”, came out, I became hooked. I was in college around that time, living with nine guys in a house and raising two of my own rescue Pit Bulls and a third rescue Pit Bull of my housemate. I began to run into problems with aggression with them very quickly, but those were very fun times and started me on my path.
I graduated in 2009, and with the economy in such terrible shape, a very difficult job market, and my vision for the future uncertain, I decided to start a dog hiking business. The idea had long been on my mind, but I had pushed it aside for a more established career path, but with so many other options looking grim, in 2010, I decided to go for it.
Ten years later, and with many trials and tribulations, most of them unseen and unheard of by anyone but myself and my dog, the vision is still moving forward. I’ve met certain key people along the way, including Brandon Fouche, Jenna and Fred P., and others, who I feel have been placed in my path for a reason. There’s a lot to accomplish still, but I have grown massively as a person and picked up many of the skills needed to complete the vision.
We all face challenges, but looking back would you describe it as a relatively smooth road?There have been many struggles. One of the struggles I mainly had early on, but continue to have to lesser degree, is the struggle between being who I believe the dogs need to be and being who clients want me to be. Ultimately, I’ve chosen to go with being who the dogs need me to be, even if people sometimes don’t understand. The dogs need me to be more of a strong personality, and people in general prefer a more amicable and light personality, which totally makes sense because it’s nicer to be around lighthearted, more friendly personalities. I feel that I found a good balance, where I believe many clients and people who understand that I have to be someone for the dogs, but also understand that I don’t mean anything negative by it, and ultimately I’m trying to do what’s best for everyone involved.
Another struggle I’ve had is the struggle between focusing on the business and focusing on doing a great job with the dogs. I would often go out to periods where I would focus on one and then the other, kind of like sailing— zigzagging to reach the destination. I’ve gone through periods where I became only obsessed with the dogs and neglected the business, and I’ve gone through periods where I was mainly looking at the business and begin making mistakes with the dogs. I feel like I’ve been able to manage that well now though, and have a good grasp on both, so I feel happy about that, though the balance will likely always require attention.
Another struggle, which can be summed up quickly, is that I used to think hard work, just for the sake of hard work, paid off. It was a painful lesson to learn that the hard work mainly only pays off when it’s also smart work. I used to get my van stuck in the mud, and then buy the tools that can help me get out of the mud, create plans for what to do if getting stuck in the mud, etc., and other unnecessarily difficult things like that, because I really loved hard work, not realizing that I could have avoided that trail on that particular day all together, and avoided the problem in the first place. There is a good amount of unavoidable things that will require hard work, but that will come to me, there is no need to go looking for it.
A final lesson that I’m still learning is that in order to create what I want to create and to do what I want to do and be who I want to be, I’m going to have to open myself up more. Open myself up to the world in order to move forward, to be open to new experiences, and to also feel the pains and failures of life, but to also feel the joys and the positive feelings of life. It can be so much easier to stay protected in your shell, but this is something I will probably constantly be working on.
Those are some of the major struggles I feel stand out to me.
Great, so let’s talk business. Can you tell our readers more about what you do and what you think sets you apart from others?My business office dog pack hikes for the westside of LA. I would say I specialize in being able to work with difficult dogs, understand the personalities, and put them on a path toward being well socialized and respectful/respectable. I am most proud of the integrity of the reputation and the brand that I’ve built. I feel that we do a good job, regardless of whether people are watching or not, and I feel that the interest in the dogs is sincere and more of a lifelong journey than a job.
We love surprises, fun facts and unexpected stories. Is there something you can share that might surprise us?I’m a purple belt in jiu jitsu, and I run marathons, which I feel both help contribute massively to my personal growth and to what I do with the dogs.
Pricing:
Contact Info: 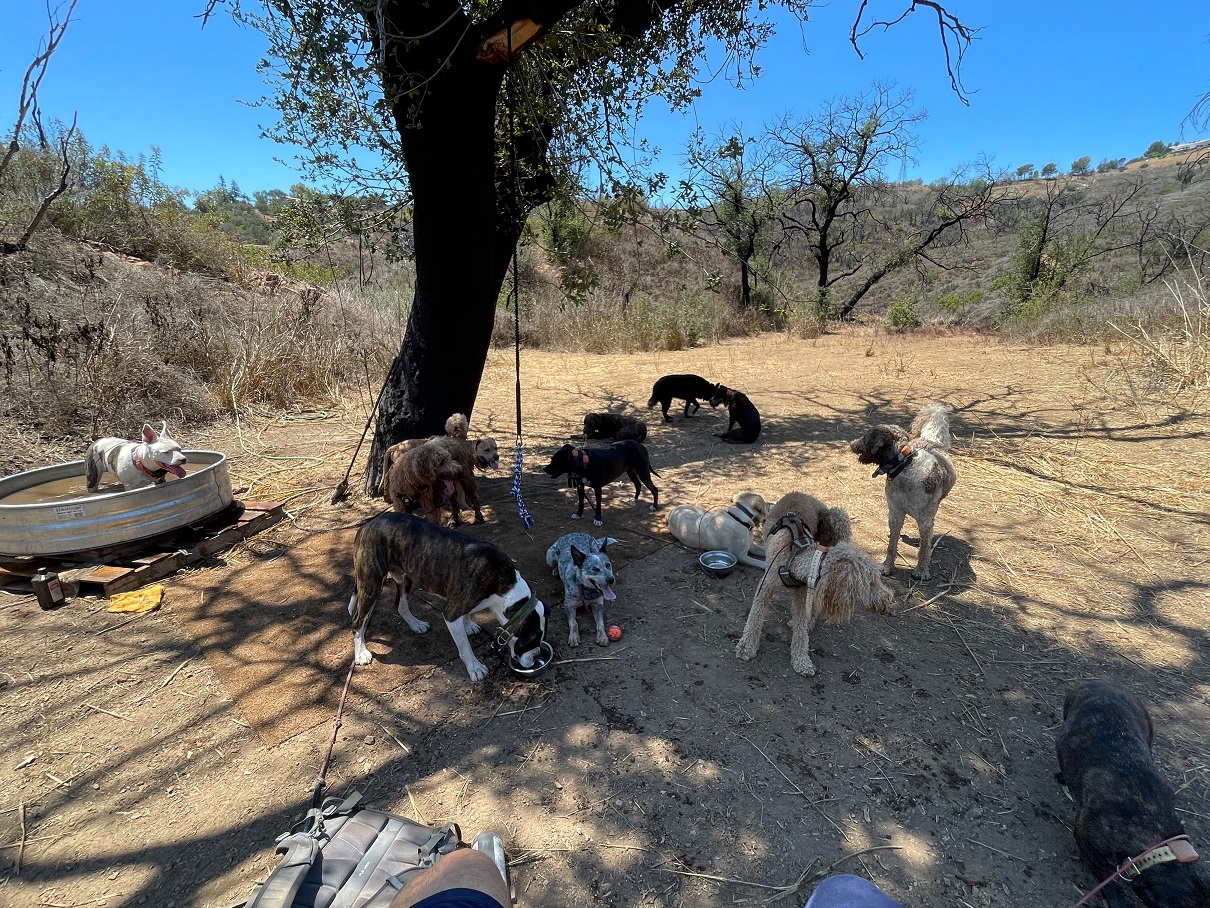 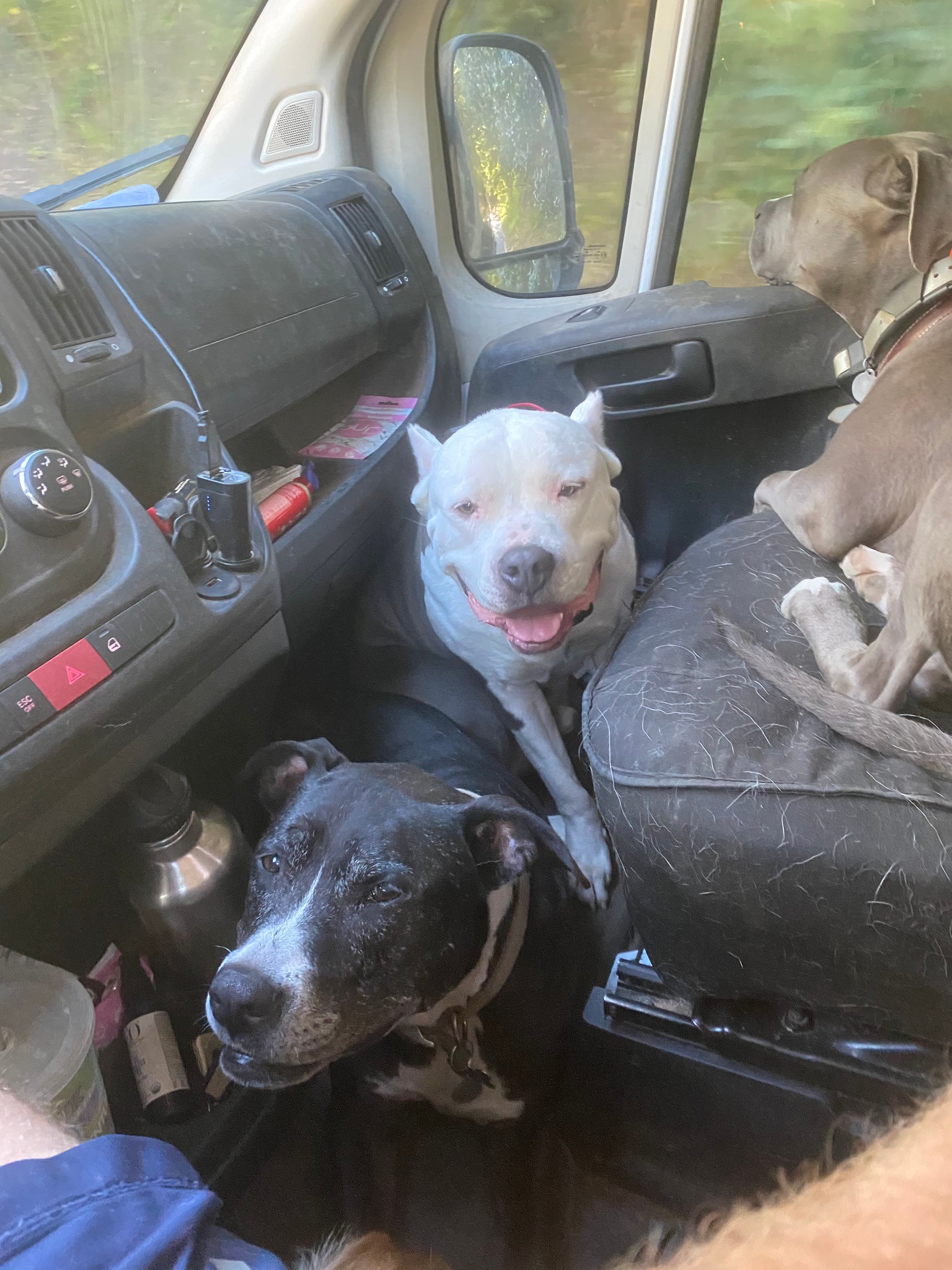 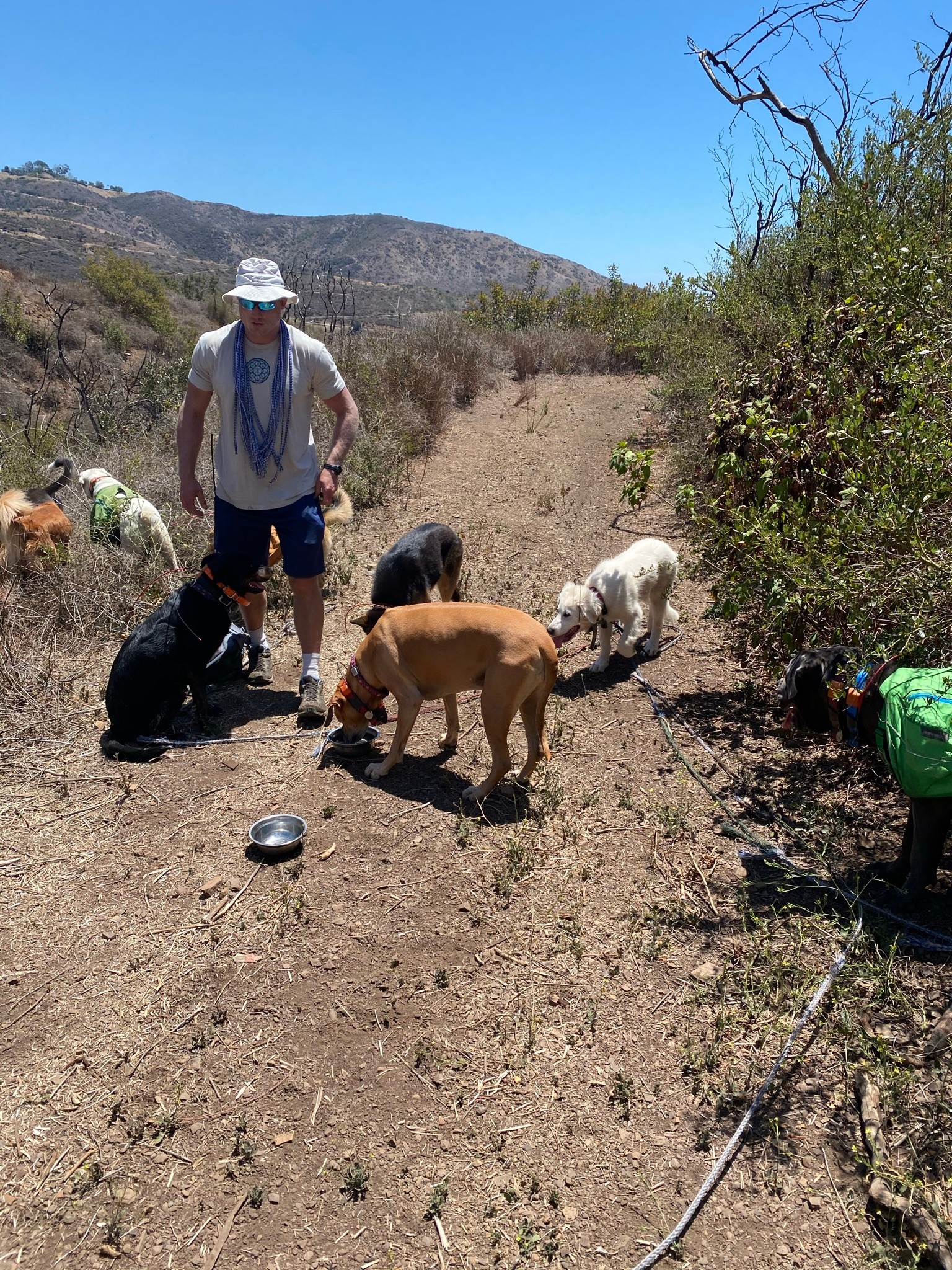 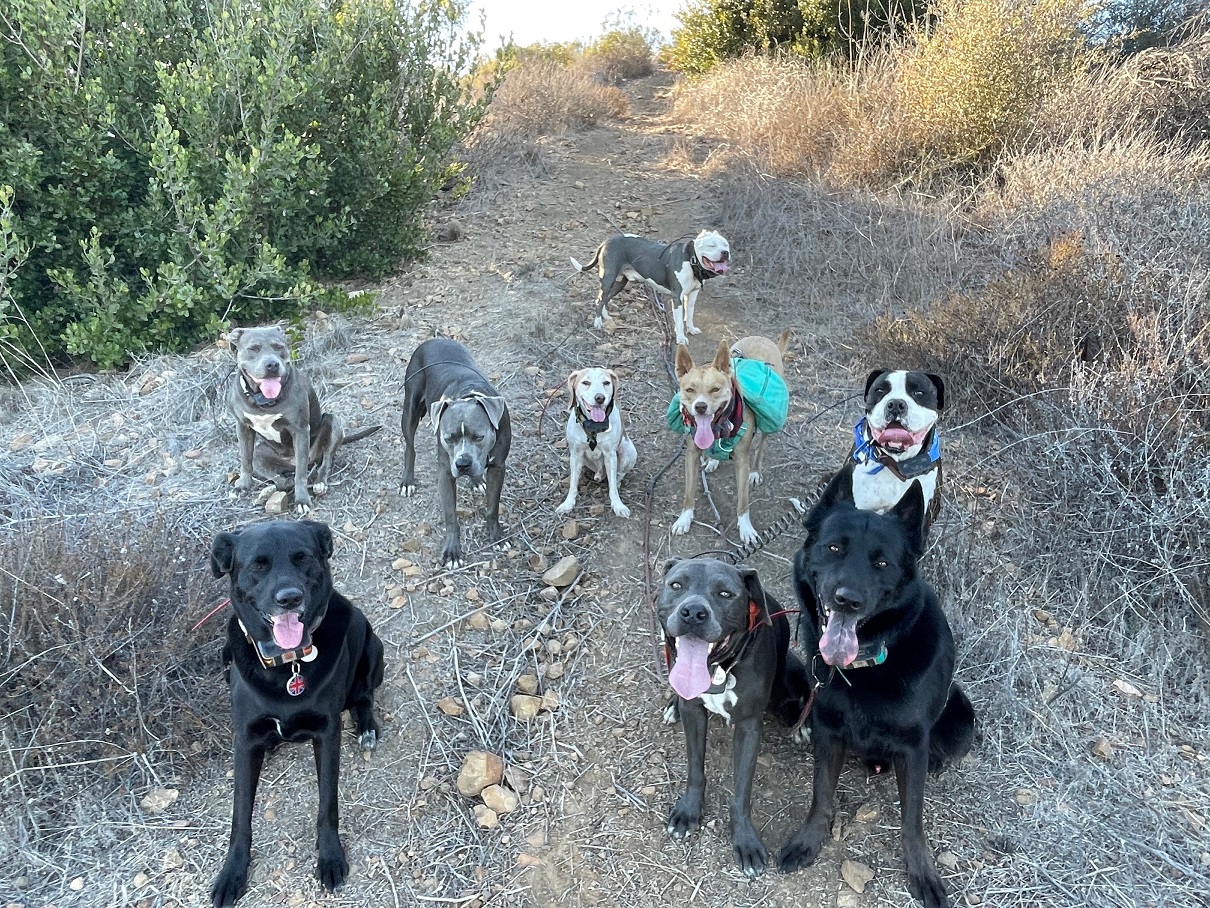 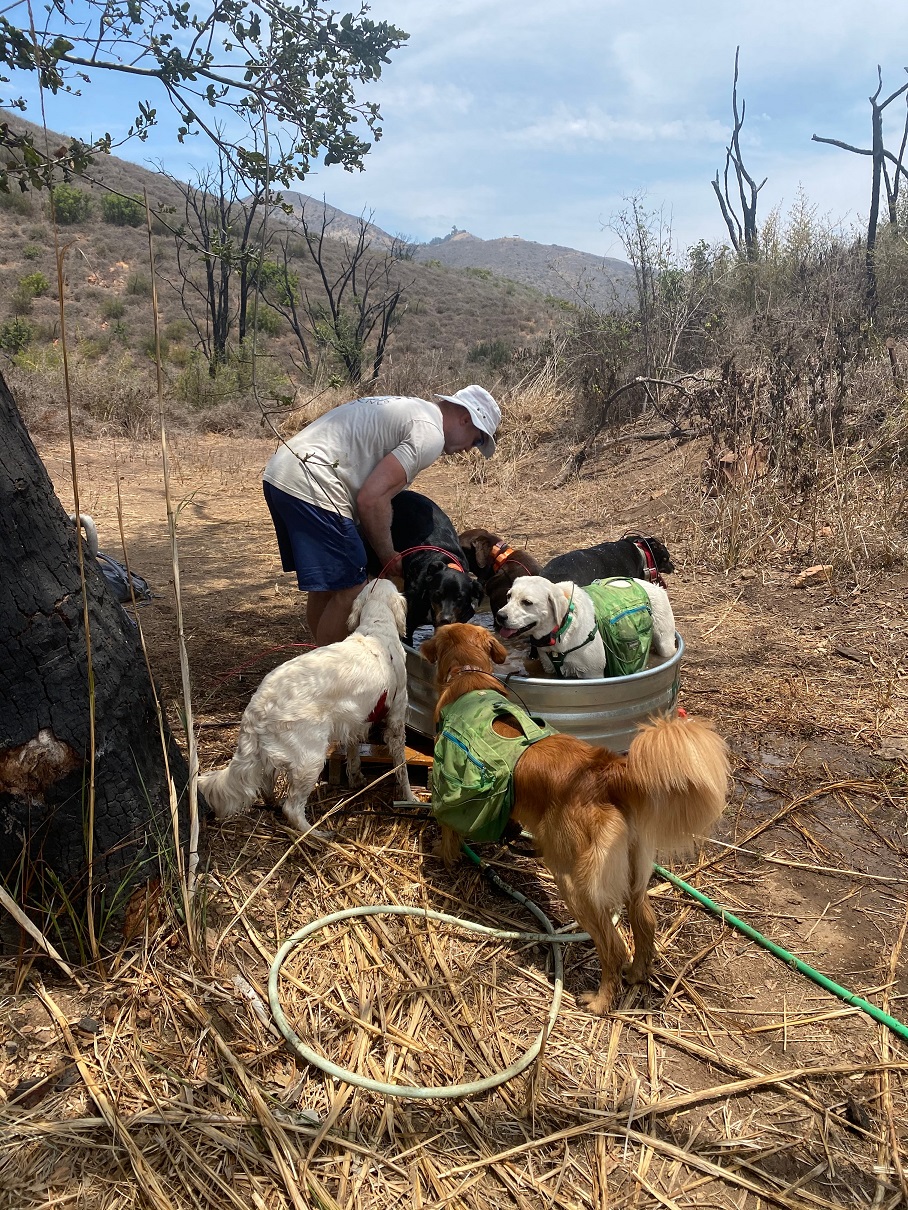 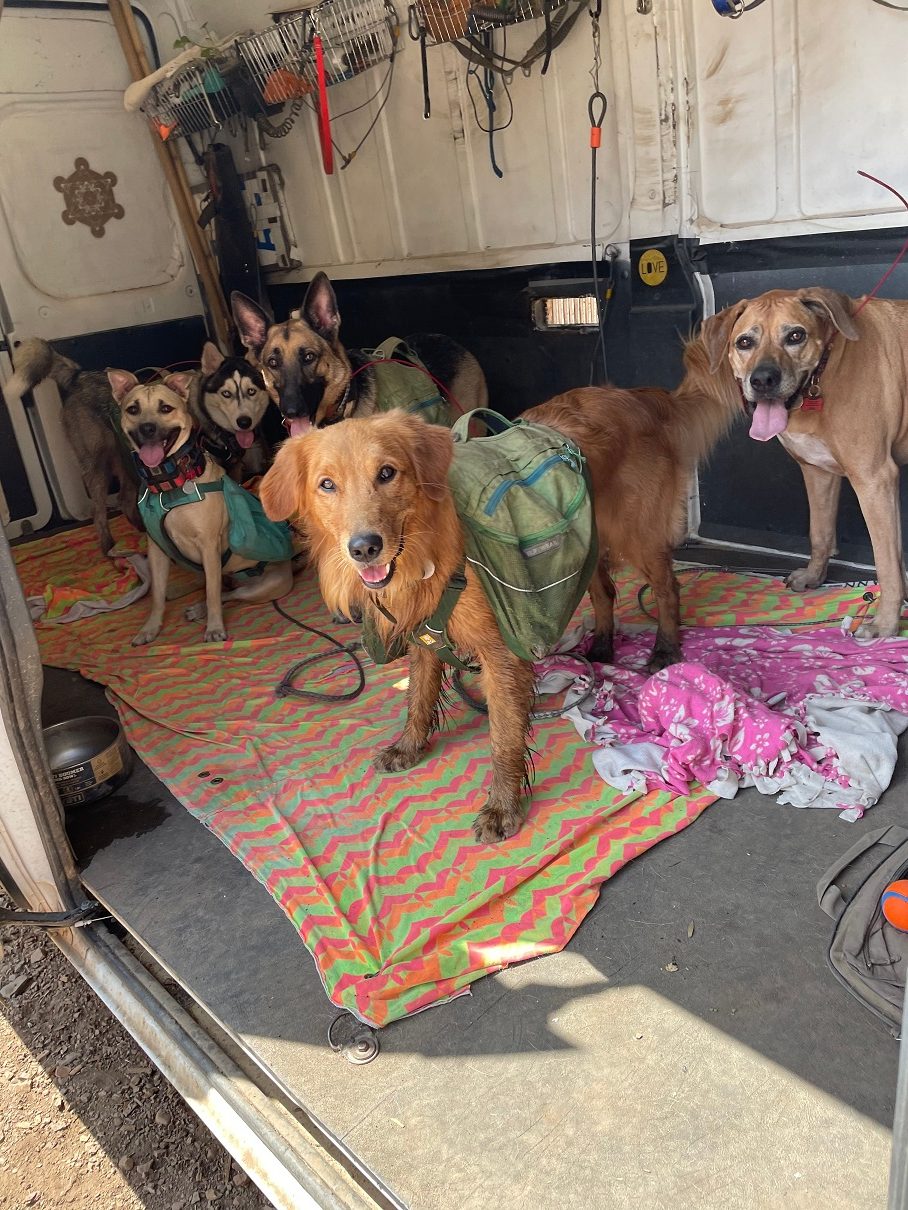 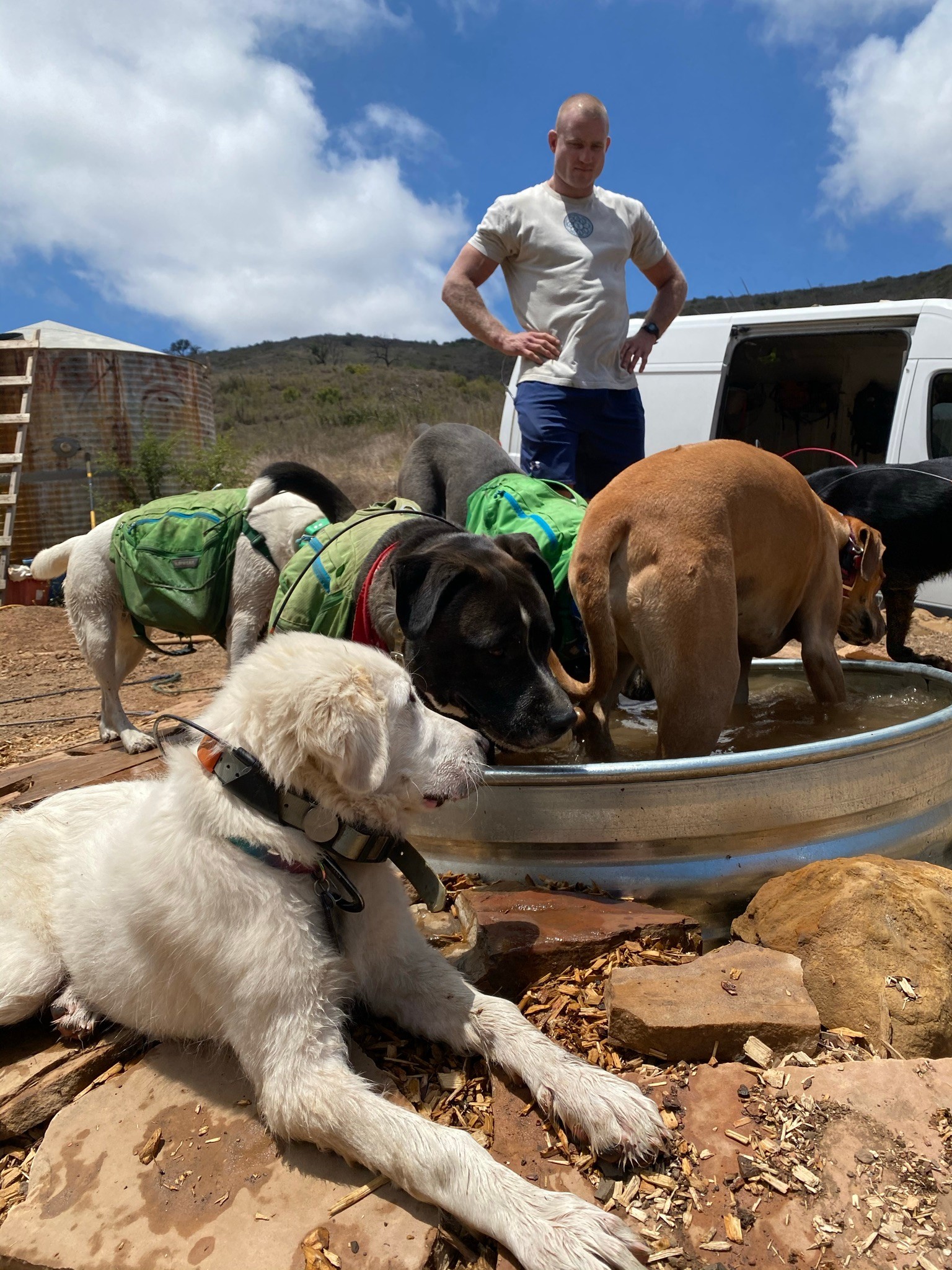 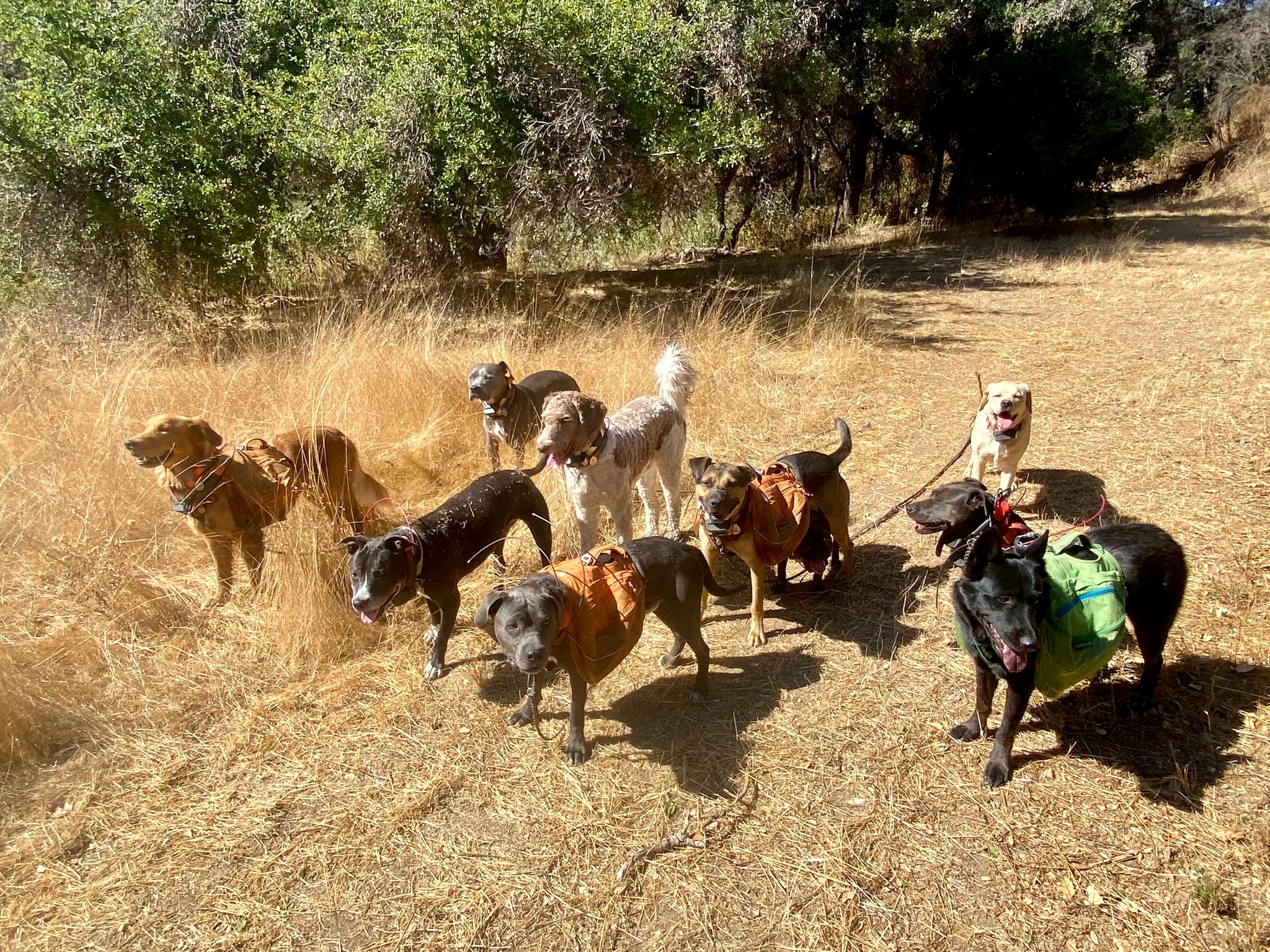 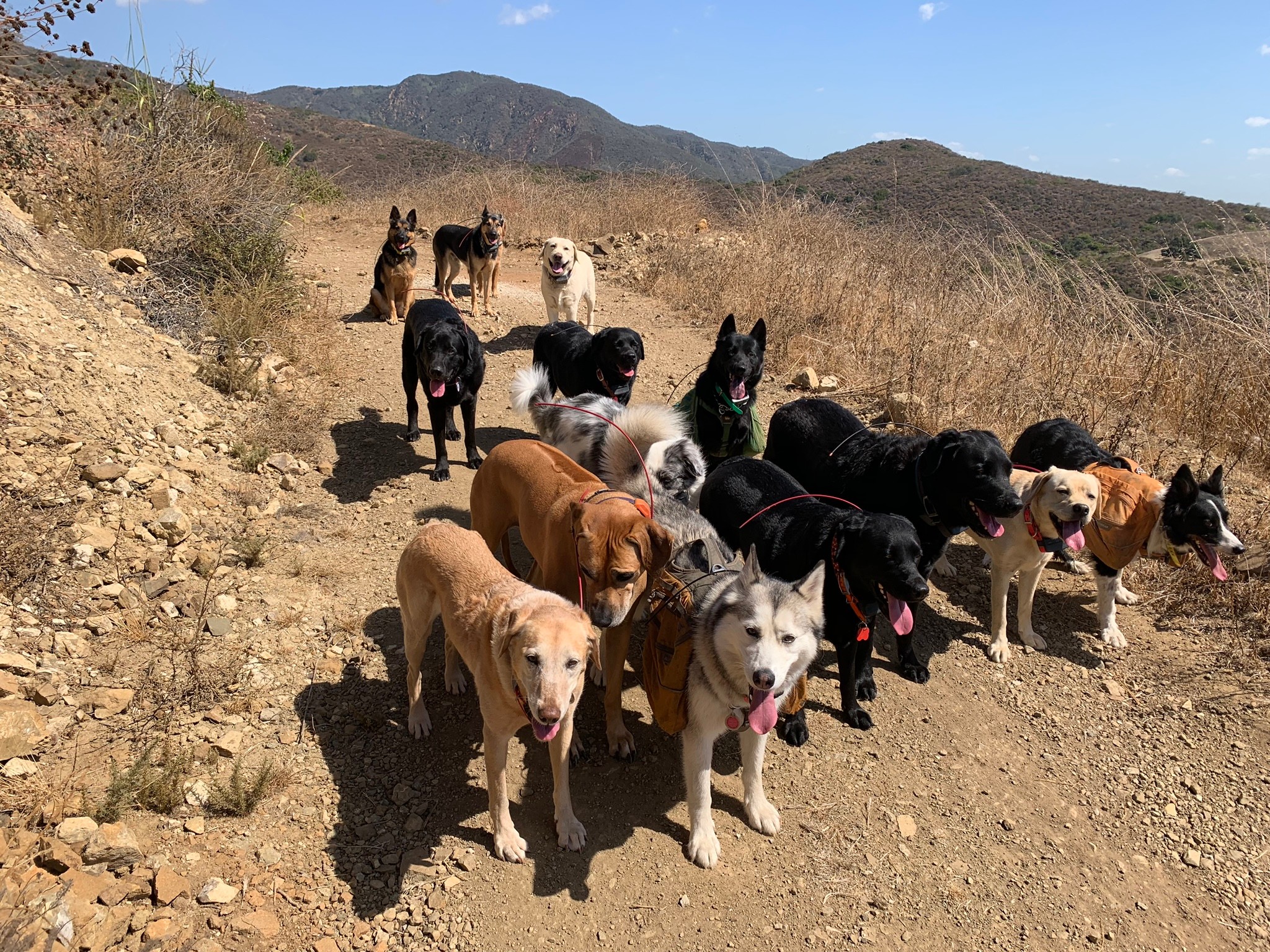 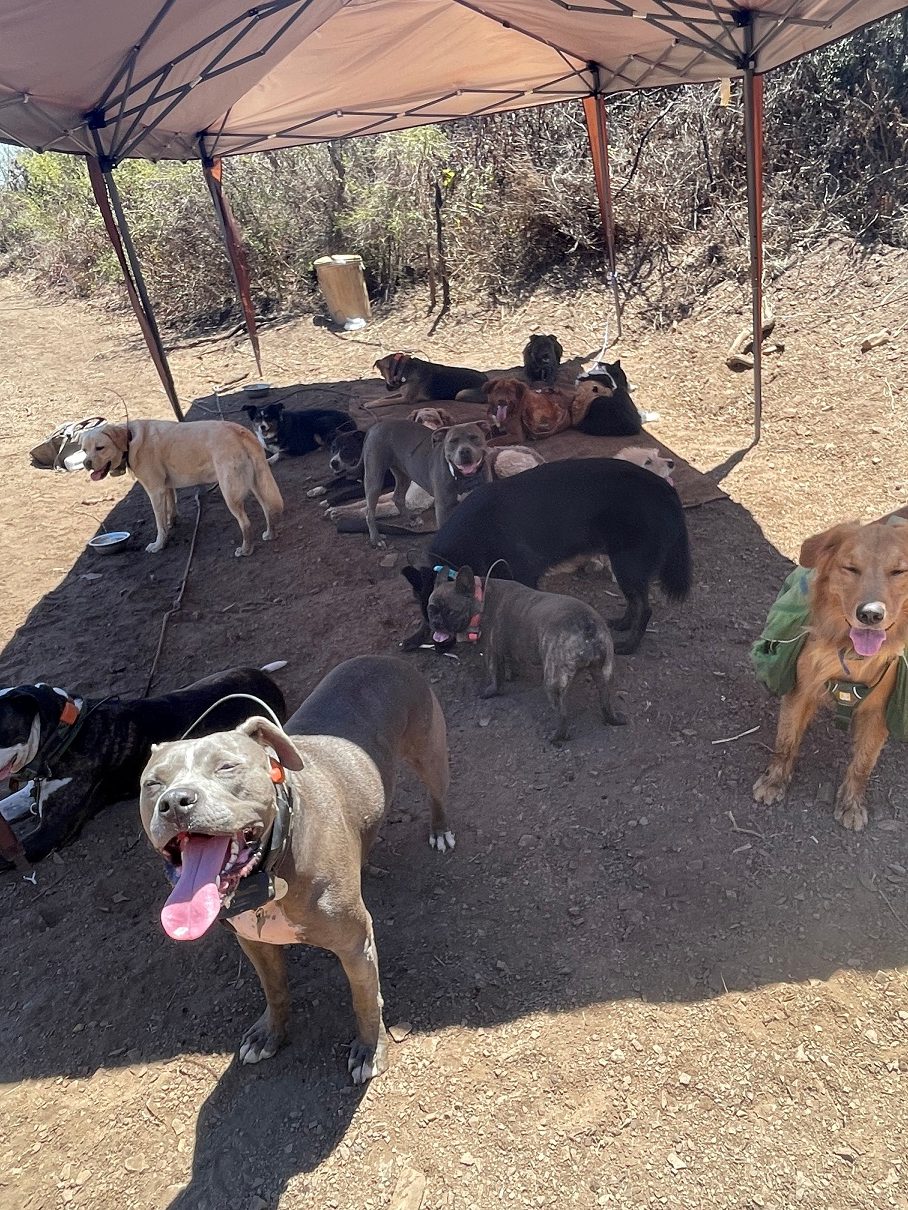