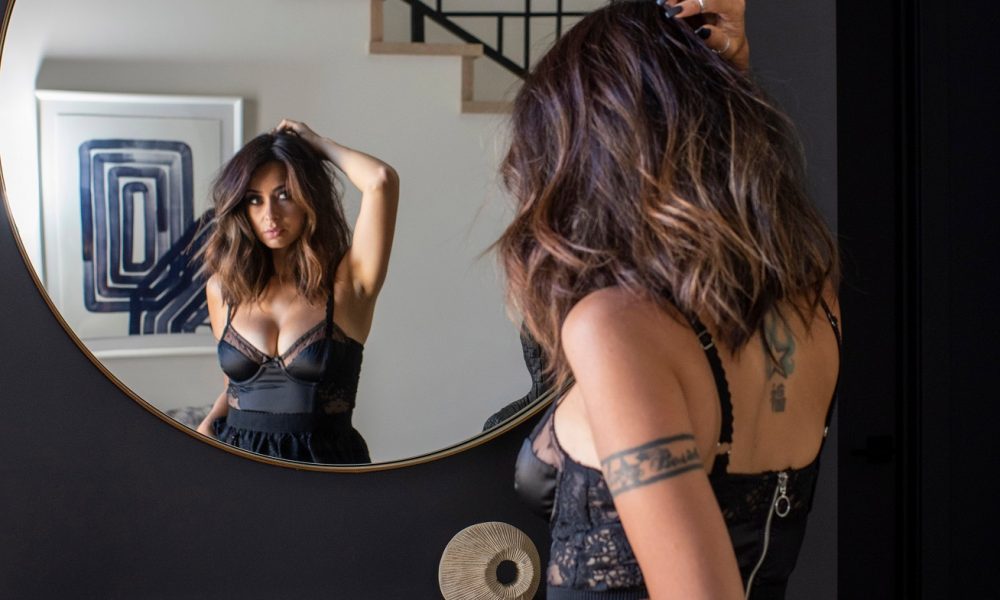 Today we’d like to introduce you to Chiara Mazzucco.

Hi Chiara, so excited to have you with us today. What can you tell us about your story?
I started as a dating and relationship blogger in 2010, and in 2012 launched a women’s empowerment online magazine that later went into print and was in Barnes & Nobles across the country (and was picked up internationally). I shut the magazine down in 2016 and started Bold Self, still working a 9-5 as a single mom barely making ends meet, and not really knowing what the new business was going to be. In 2017, at a time when I couldn’t pay rent and was maxed out on all my credit cards, I found a mentor, made a huge investment, and I started coaching women full time. I got myself out of an incredibly challenging financial time, went on to make over seven figures in my business, and eventually was able to move back to LA, which is where I grew up and has always been home. In a bit more detail… In 2012, I moved to NY with my son and my then husband – we split a year later. At that time, my new online magazine had just launched, but despite immense popularity, I was never able to make it profitable. Most first businesses fail, right? There was mine. My ex husband had started a brick & mortar business in NY, so even after our separation, moving back to LA was not an option for me, which was incredibly painful, as LA had always been home.

I was freelancing web and graphic design at the time and in 2014 picked up a job at a creative agency under the promise of ‘financial stability’ and stayed there until about 2016. During that time, I went through every struggle a woman my age could go through – depression, health issues, you name it. I could barely pay the bills, my entire family had moved back to Italy, and overall, I felt my life wasting away before me. The little time I had with my son was spent stressed and worried. I left that job summer of 2016 and went back to freelancing – which kicked off another year of financial stress and hardship, though at the very least I was feeling empowered enough to be in control of my life… which allowed me to continue blogging and slowly rebuild my online presence. I didn’t decide to really, fully leap into my work with women until the summer later, in 2017, after realizing that I needed to change my life in a big way and that moving through bill by bill was never going to get my head above water. Aside from the financial aspect, I was 30 years old and just couldn’t deal with this being my life. I knew I was here to leave a bigger mark on the world. So, I burned the ships. I emptied the little that was in my bank account and signed on to work with a business coach for the year for $40k (more than I had made in years combined)…

At that point, with that level of investment, it was a declaration of both *I refuse to let this be my life* and *It’s time to go as big as I know I am built for.* That first week was wild. I didn’t sleep much, but I started meditating and doing affirmations, and I barely looked up from my computer. I made $20k in 72 hours. Six figures in my first six months. And went on to do over $400k in sales in my first year. That was 2017. Since then, I’ve hosted massive conferences and powerful women empowerment retreats, launched more programs than I can keep count of, and helped hundreds of women reclaim their power, independence, and brilliance. Shattering ceilings in what’s possible, holding brand new standards for their way of life, and having a collective ripple effect of sisterhood connection that I believe will contribute to more and more women stepping into power. Oh, and I made it back to LA 🙂

We all face challenges, but looking back would you describe it as a relatively smooth road?
It hasn’t always been a smooth road, but it’s always been my road. And I very quickly understood that the trials I go through allow me to help others along the way, so even now as I continue to grow and expand, I know I can take on anything that comes my way. If I had to really pinpoint the biggest struggles, it would be: Being so far away from friends and family at the beginning of my journey played a massive role in my depression. Aside from not having as much help with my son, I really craved the emotional support. Not having it spiraled me into a protective state of, “I can do it myself,” which ended up feeling really lonely and didn’t make my experience very enjoyable. Another would have been being a single mom. Though my ex husband and I shared custody, time with my son was not always as intentional as I would have liked it to be. He also suffered from night terrors, so the days I did have him were also plagued with little sleep. Aside from that, I was also not being my best self and it was really hard to pour from a cup that never got filled. And I would say the third, most notable struggle was the battle between being “responsible” adult and listening to my soul’s calling. I knew that staying at my 9 to 5 would give me this illusion of stability, but I also knew that though it would be a less certain road, following my own dreams would at the very least make me free. I very much battled with this internally for a long time.. and it wasn’t until I randomly caught a glimpse of myself in the mirror and how miserable I had become that I decided my joy was worth the risk and that I’d have to bet on myself if I wanted to be okay again – for both me and my son.

We’ve been impressed with Bold Self, but for folks who might not be as familiar, what can you share with them about what you do and what sets you apart from others?
I’m a content creator, a motivational speaker and a high-level business mentor to female entrepreneurs. My mission is to help women step into their power and create a life of self-expression, freedom, independence, and wild, unapologetic success. I’m known for my rebelliousness and unapologetic approach to going after what we want. Women who are most drawn to my work tend to be powerhouses craving that permission to go BIG in their own lives. I’m most proud of my events – and can’t wait to be able to host them again. The energy that hundreds of women are able to bring together is strong enough to send shockwaves through your entire body. We learn, we dance, we howl, and we leave freer versions of ourselves every time. They’re incredibly powerful. There are many ways to become a Bold Self woman, ranging from monthly memberships and trainings, all the way high to high-level support for women building multiple 6 to 7 figure empires. I teach live courses every month or so and have live group programs taught by Bold Self coaches. It’s a whole thing. We make this thing fun.

How do you define success?
Knowing you’ll get back up before you even fall down. Moments of awe looking out in nature. Moments of “ahhh” collapsing on the couch, knowing you got to spend the day doing what you love with the people you love. Being able to pick up and go wherever, whenever. To me, success is a feeling of freedom – one that can be accessed immediately, even before it shows up into our bank accounts. 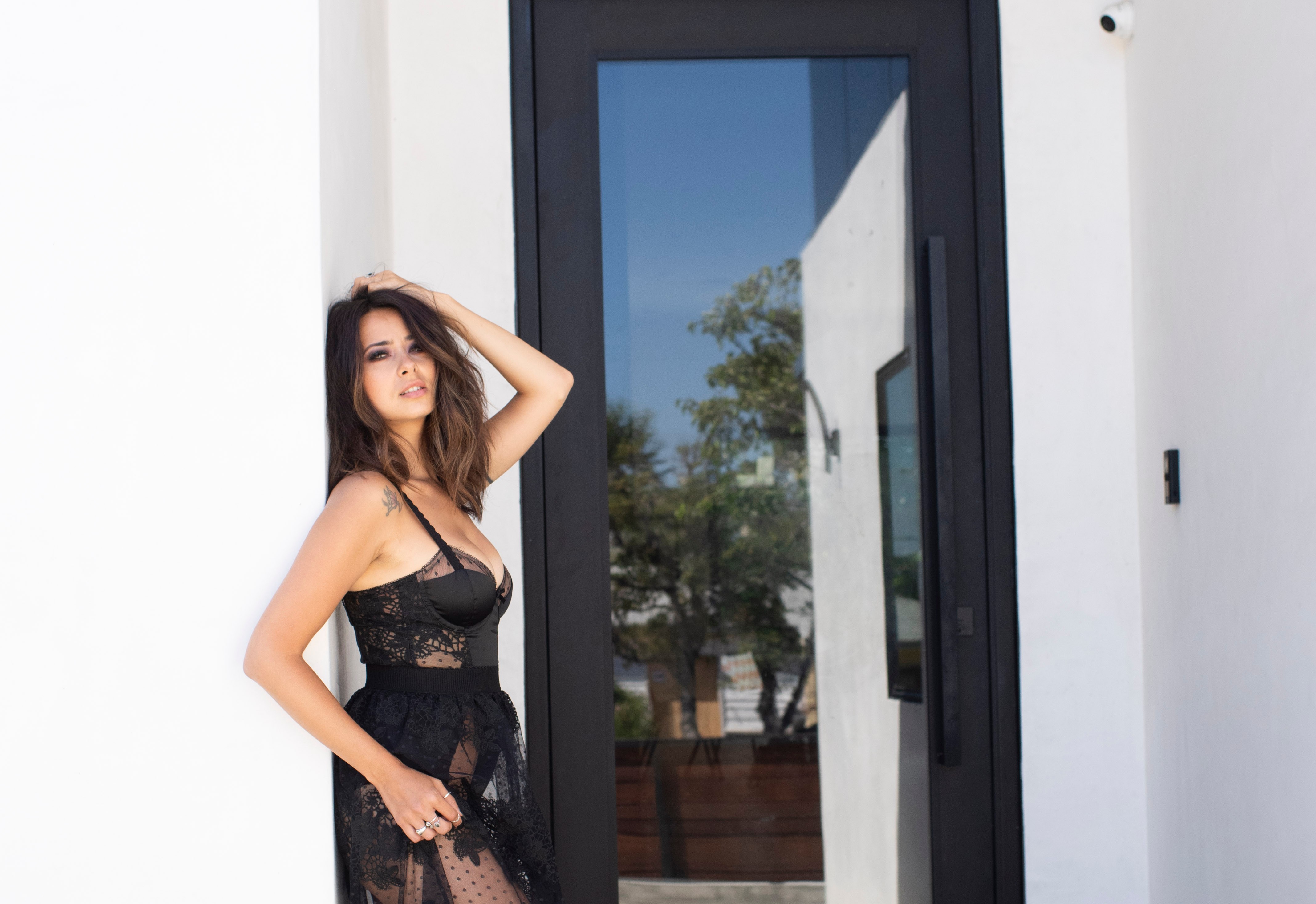 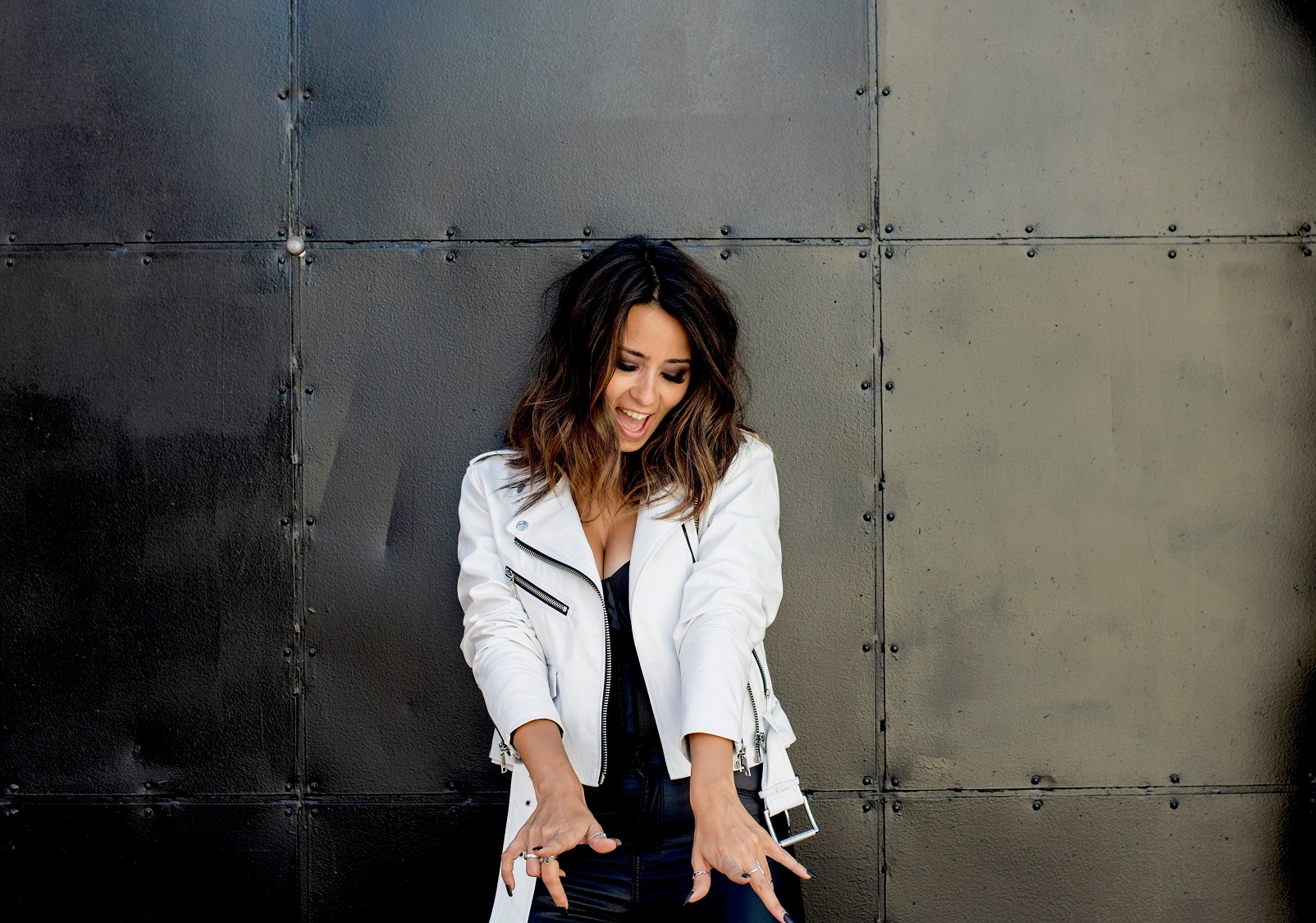 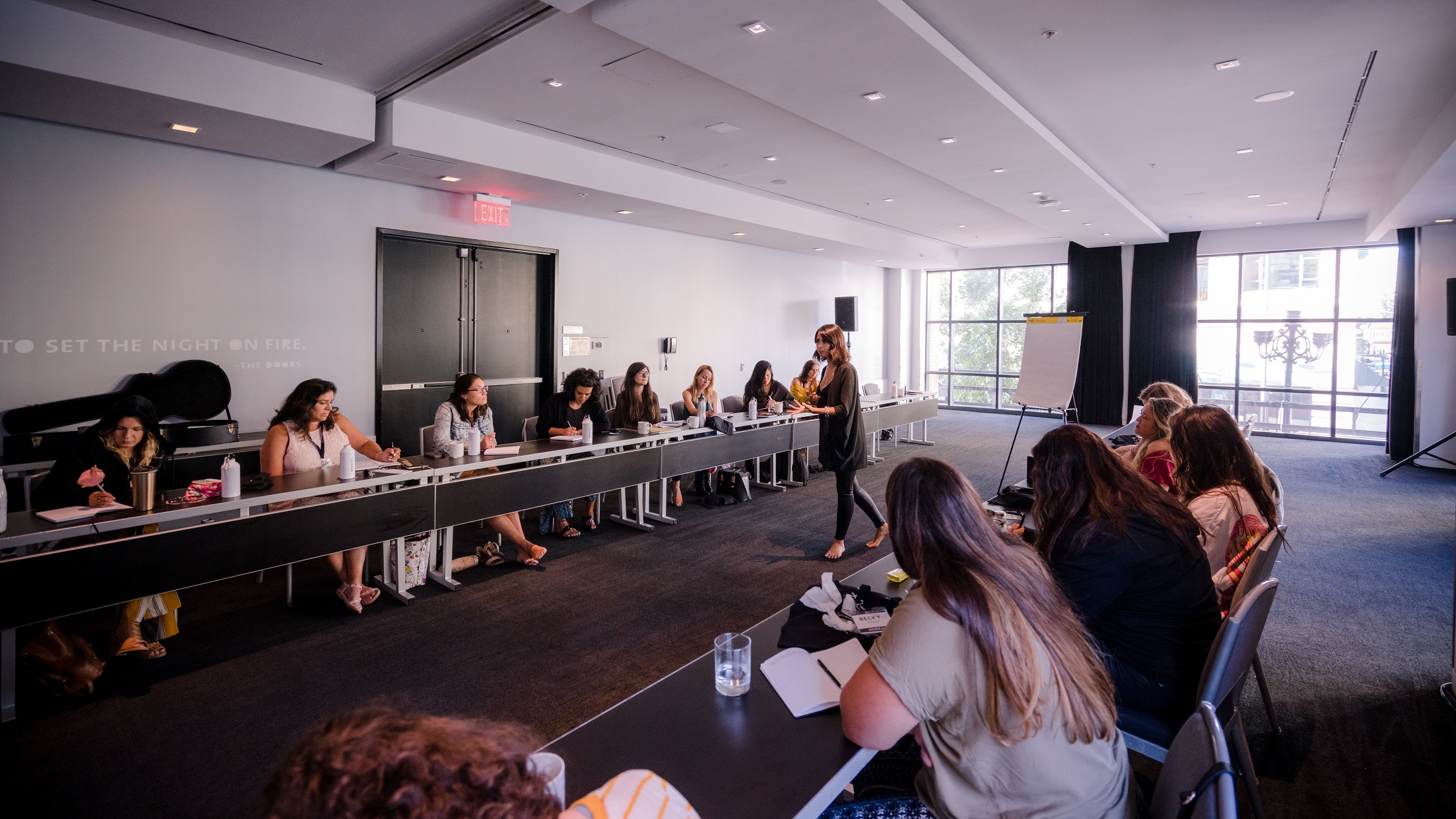 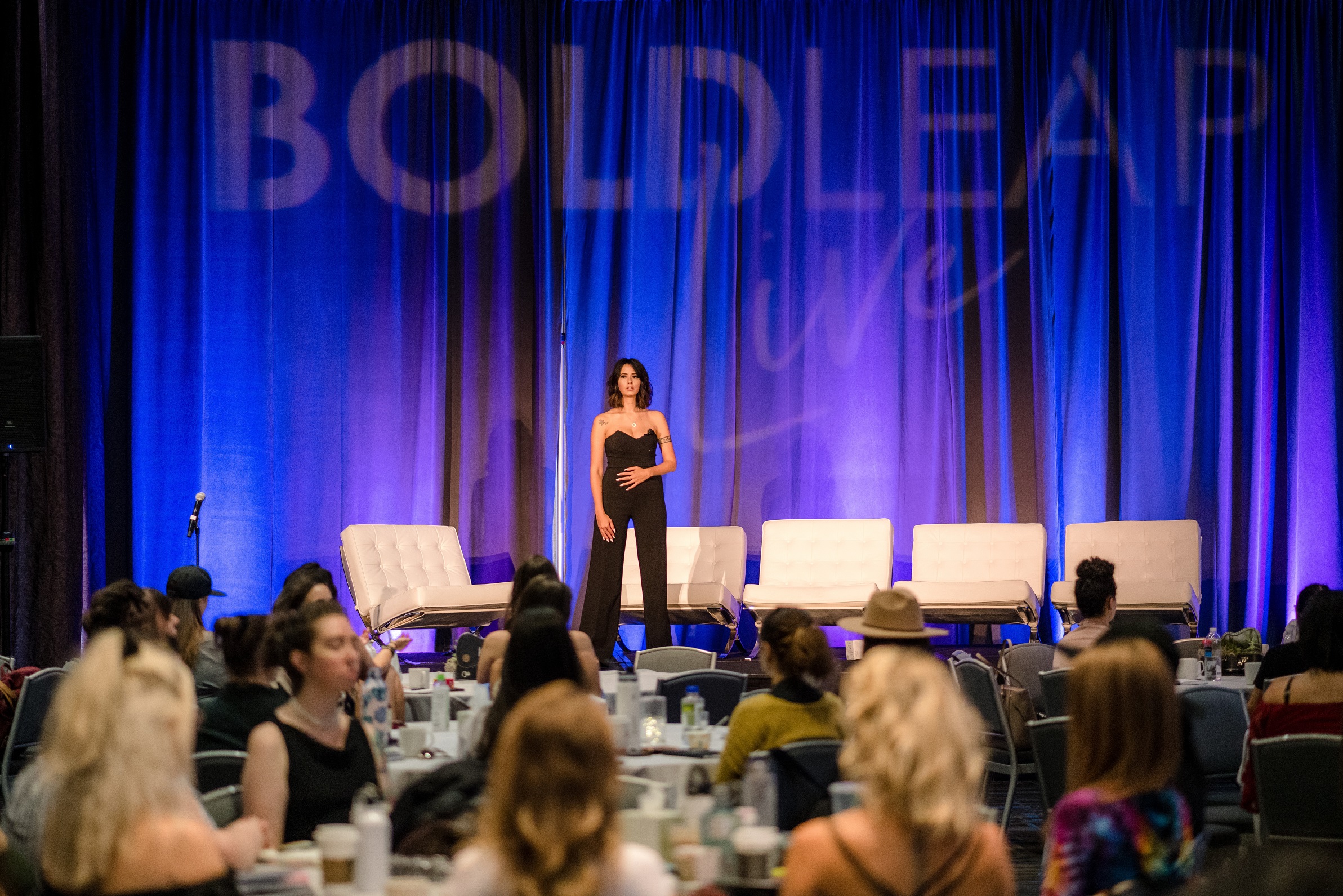 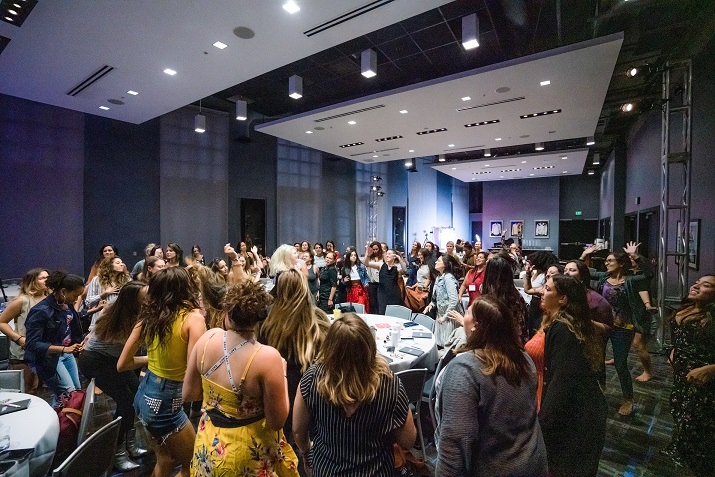 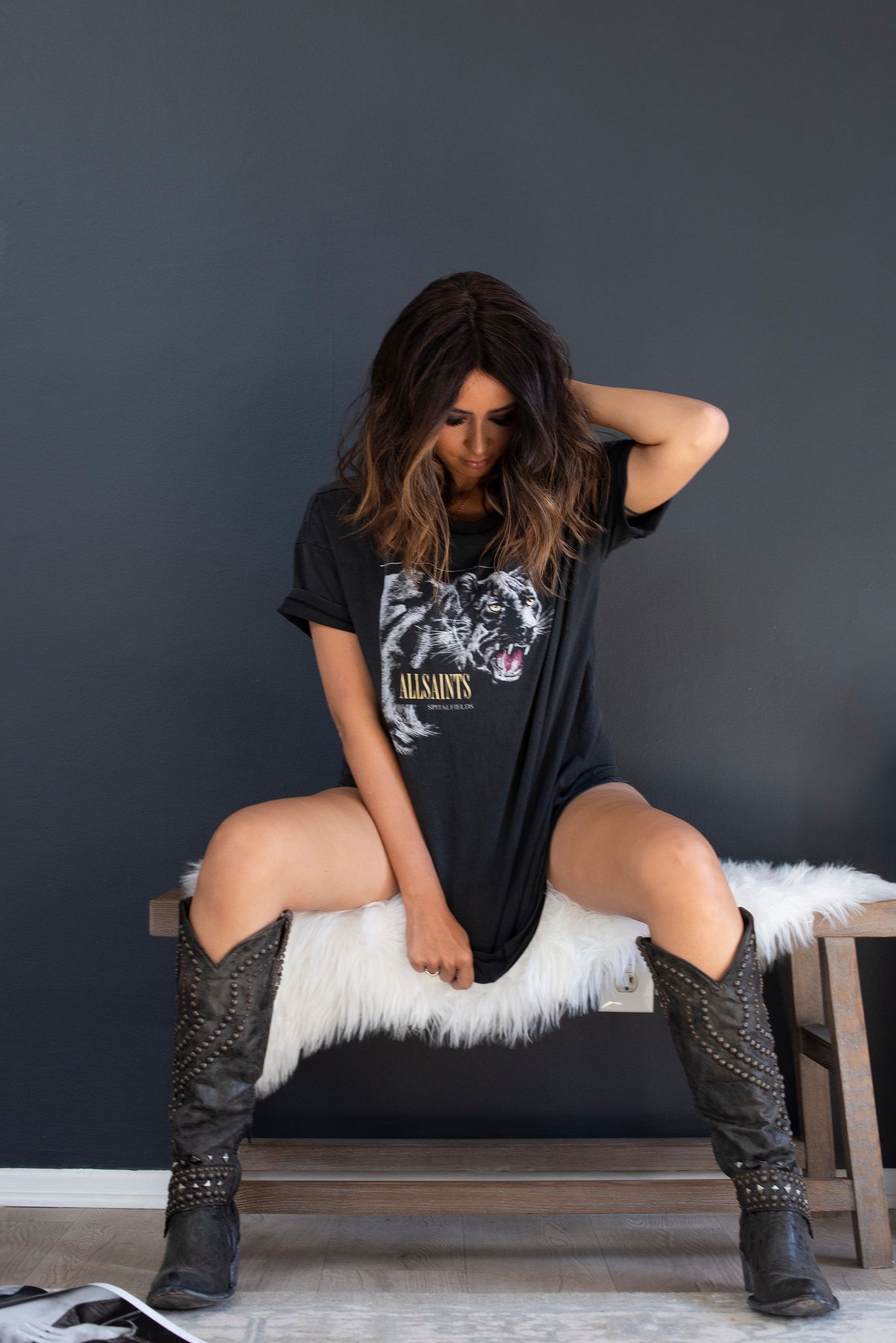 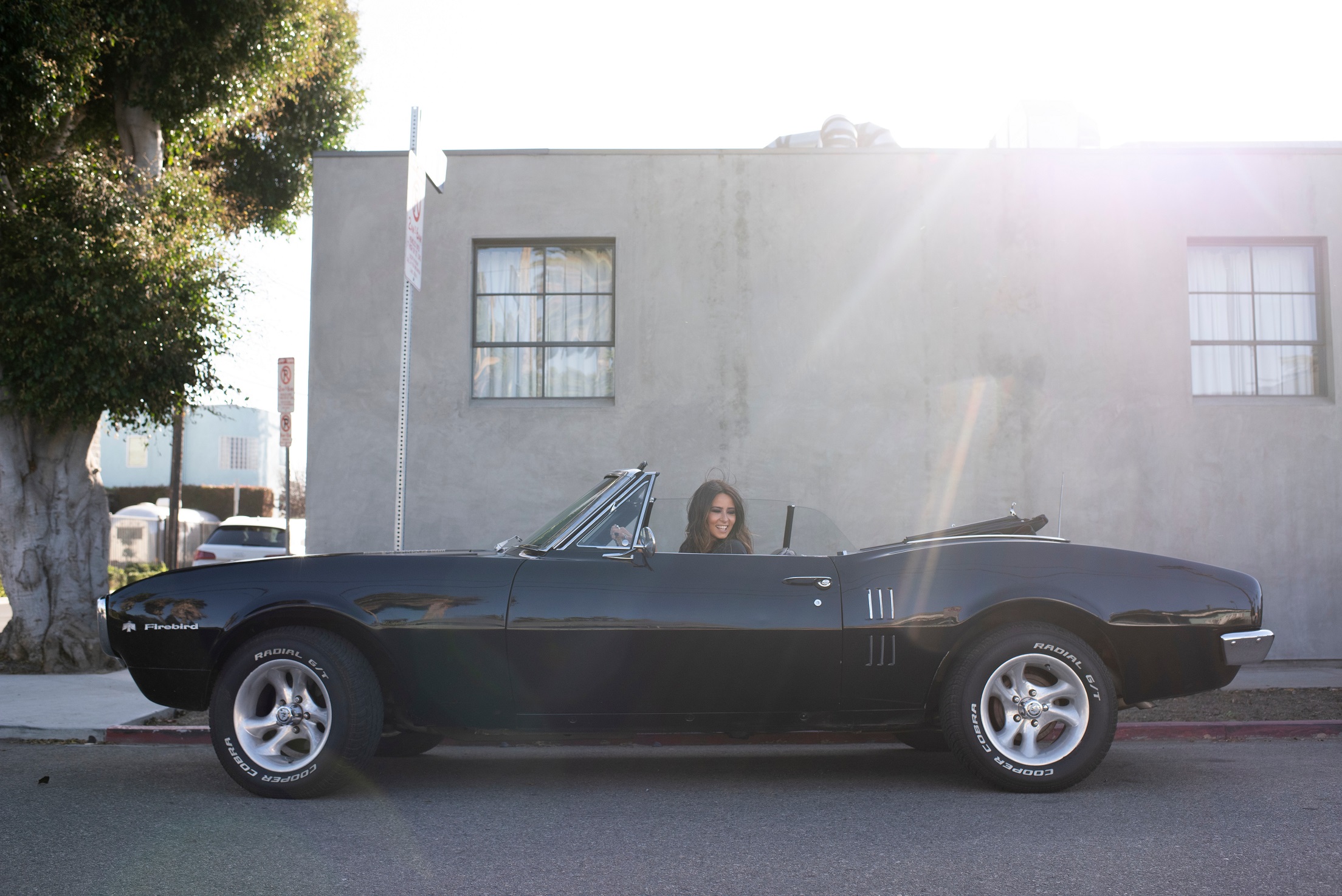