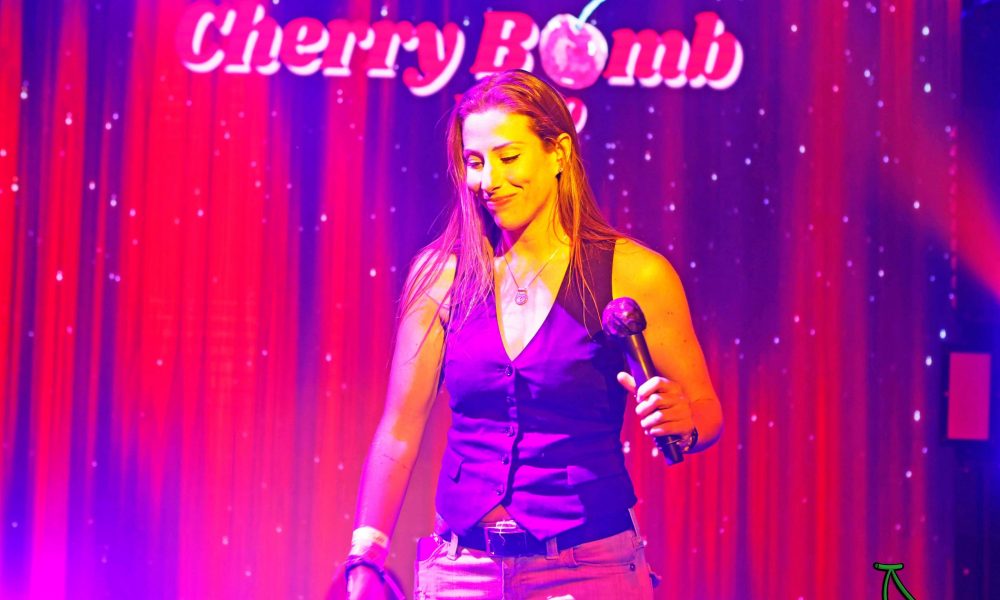 Today we’d like to introduce you to Alison Freed.

Hi Alison, can you start by introducing yourself? We’d love to learn more about how you got to where you are today?
I was born in Brussels, Belgium to a Belgian mom and an American dad. We moved to Massachusetts when I was seven, and I came out at fourteen years old while a freshman at a small liberal arts high school called Rivers, in Weston Mass. After high school graduation, I moved with my family to San Diego, CA. I attended the University of Redlands where I studied Global Business and Studio Art (with an emphasis in oil painting). I was also in a rock band called “My Elysian,” and our debut album was nominated for Best Hard Rock Album of the Year at the 2011 San Diego Music Awards.

I moved to Los Angeles in 2011 to focus on music and enjoyed many years in the LA music scene. I got into VoiceOver in 2013, and that became my bread and butter. Being gay in the LA scene, I saw more and more of our spaces disappearing. I wanted to do something about it, and I looked into it about six years ago. At the time the amount of money it would take to open a brick-and-mortar home base was overwhelming, so I kept working hard and knew I would come back to it someday.

In 2020, when the pandemic hit, I was walking on Santa Monica Blvd and seeing all the “For Lease” signs and I felt that the time was now. I got to work on a pitch deck and found an amazing commercial real estate partner who became a friend, Jamie Rogers. We saw so many spaces, I got my first investor, and the road has been crazy, exciting, and sometimes incredibly frustrating.

Because of the complicated nature of what it takes to create a brick and mortar cafe / bar / restaurant- including alcohol permits, leases, low inventory on construction materials, city permits, and low staff during covid, landlords and crazy cost of real estate in prime West Hollywood locations, locking in the right space was harder than we ever imagined.

There was a huge need for the space we wanted to create, so we started having events and parties. We’ve had six parties so far all in the main West Hollywood strip- with the first one at Stache on October 2021. Every party has been a huge success, and everyone has gotten bigger and better. We celebrated the first-weekend party for women and gender-expansive people in over a DECADE at Beaches Weho. Staff told us that our day / night was the busiest that he had ever seen at that bar. We’ve done amazing numbers for each and every party.

June 3rd-June 5th, we are making history and having the first-ever full weekend party for women and gender-expansive people during West Hollywood pride. Our Hotel Ziggy Pride takeover will have a pride kickoff happy hour Friday from 4-7pm, pool parties on both Saturday and Sunday, the official Women’s Freedom Festival night party on Saturday, June 4th, queer vendors, artists, and Queer Field Day has just joined to do games, ice-breakers, and single events as well.

Can you talk to us a bit about the challenges and lessons you’ve learned along the way. Looking back would you say it’s been easy or smooth in retrospect?
Oh my gosh, no. It has been a very bumpy road, with so many ups and downs, and even a couple of moments where I seriously considered giving up.

I already kinda talked about the difficulties of opening a space- the amount of time, energy, money, and getting your hopes up and then things falling through for one reason or another.

And the events have their own sets of difficulties- from financials, all the way to safety issues. It can be and has been overwhelming in times, to say the lease.

But all that said, when I look around at a Cherry Bomb Weho event and see what we have created- a beautiful space where women and gender-expansive people are at home – where everyone is joyful and celebrating and having the best time- every race, every style, every identity, every person just being their true beautiful serves with no egos, judgment, no bs. THAT keeps us going. That, and my team. Shantilly, Kara, Kalea, Bonnie, Barb, Kate, Kellie, all The Cherry Bomb Baes, and everyone that has ever come up to talk to me about how much this space means to them- how they met their partner at a Cherry Bomb Weho event, how they cried because it was their first time being around so many queer women, the list goes on.

Thanks for sharing that. So, maybe next you can tell us a bit more about your business?
Cherry Bomb Weho was first supposed to be your new favorite cafe, bar & restaurant geared towards queer women and gender-expansive people because Los Angeles is in dire need of this safe space and a home base for our community. I also want the brick-and-mortar to be a music venue and event space since music is my biggest love in life.

Cherry Bomb has now evolved to be more than just that dream of a brick and mortar, though that is still a very big main goal. Above all, Cherry Bomb Weho offers a safe space for ALL women and gender-expansive people to be themselves and meet others. We currently create events and parties that showcase and uplift queer women and gender-expansive people in different areas ranging from comedy, art, dance, music, and soon to be queer vendors as well!

Cherry Bomb Weho has been throwing events all over the West Hollywood strip. with an entirely female and gender-expansive executive and operational team.

Each event is intended to inspire, uplift, and highlight our community in all different areas.

What I’m most proud of is the heart and soul and vibe of what we have been able to create. When you look at pictures or videos from our events- you see every different race, every different style, every different gender identity. Everyone is having a blast, dancing, smiling, laughing. People are intermixing and it’s so joyful and sexy and fun. It’s inclusive. It’s the best vibes. I am so proud of that. It’s the way we want the world to be, and we are doing our best to create that.

Can you tell us more about what you were like growing up?
Growing up I was very much how I am now- outgoing, fun-loving, passionate, determined, loving, music-obsessed, optimist, dreamer, and romantic. I wanted to make the world a better place, and I still do. I loved all things art and entertainment, and I still do! Music, art, dance, TV, film. It’s really cool that this is all such a huge part of my life. 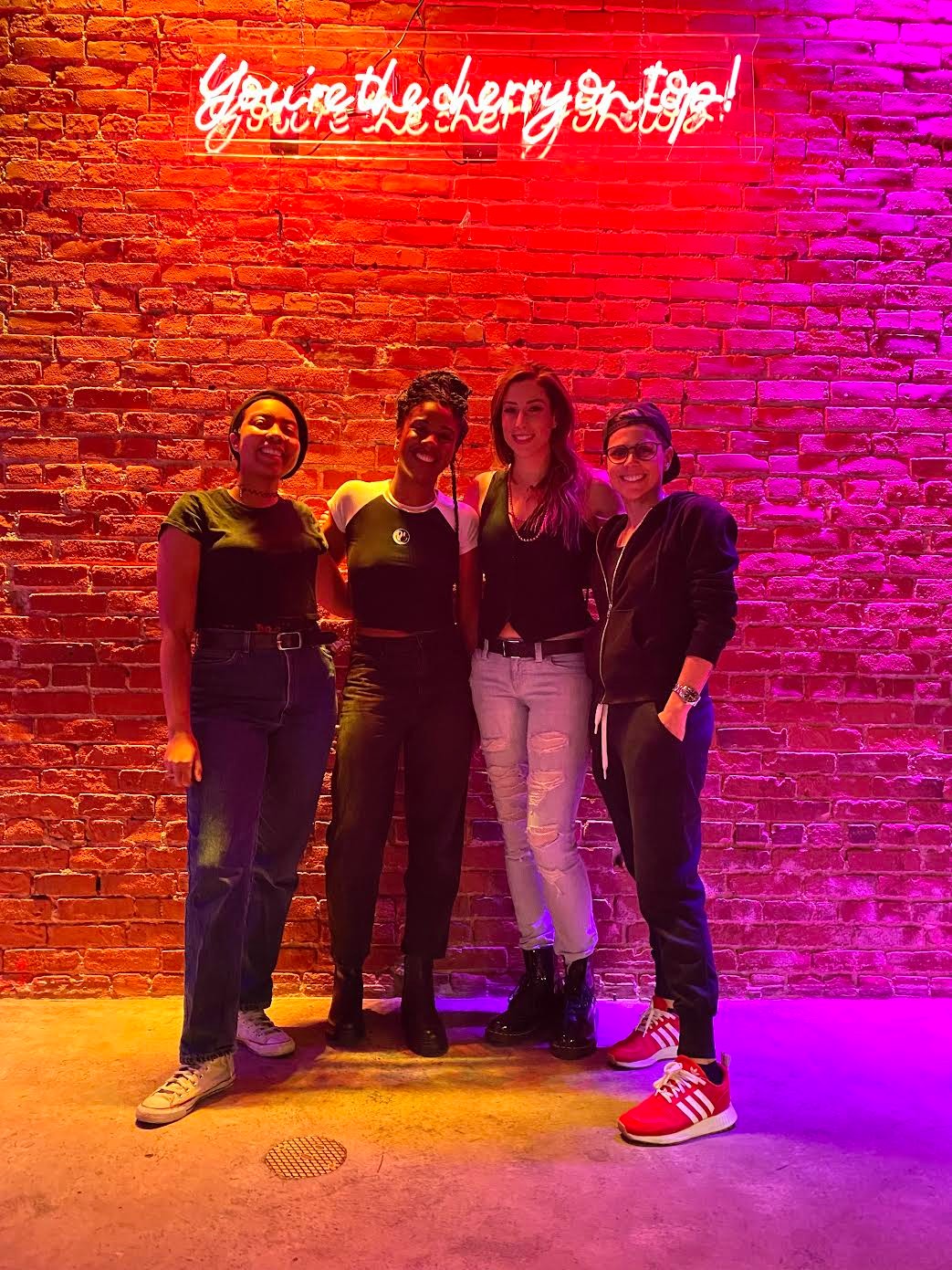 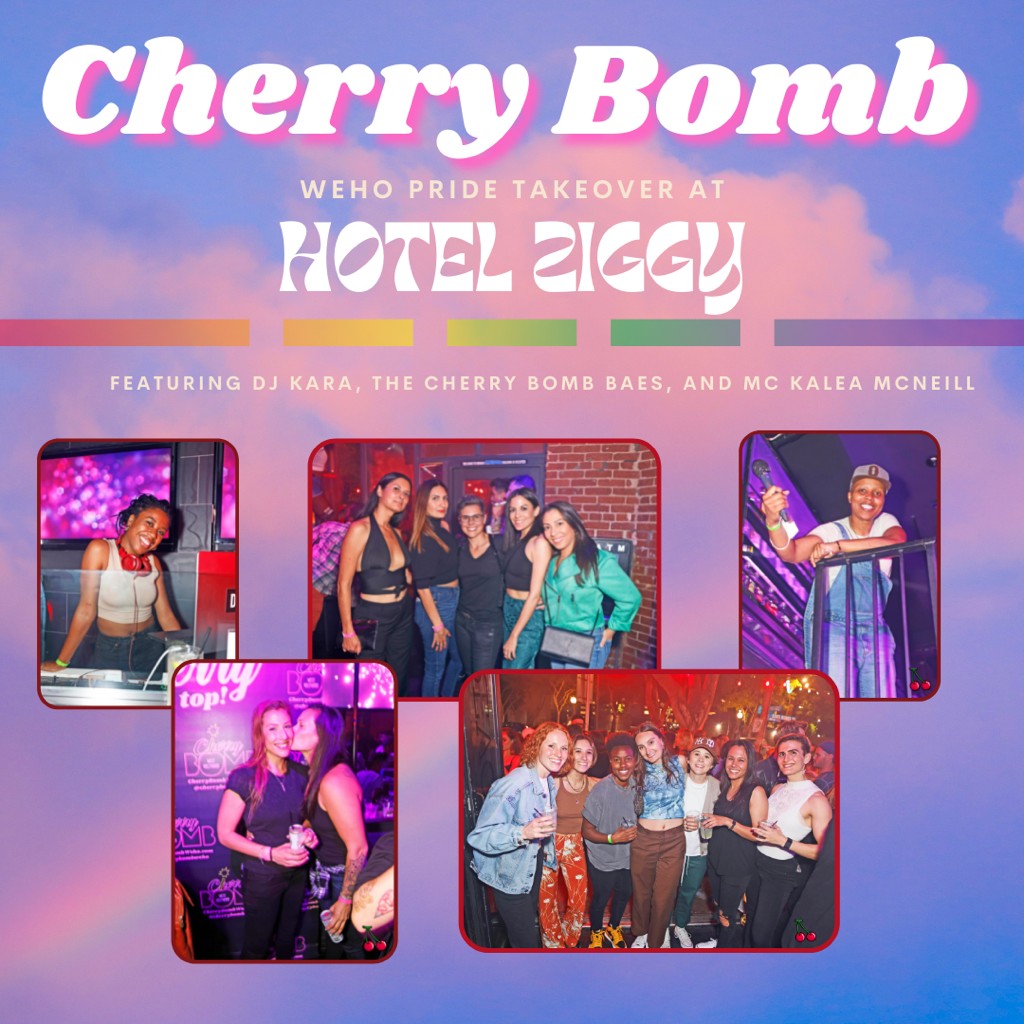 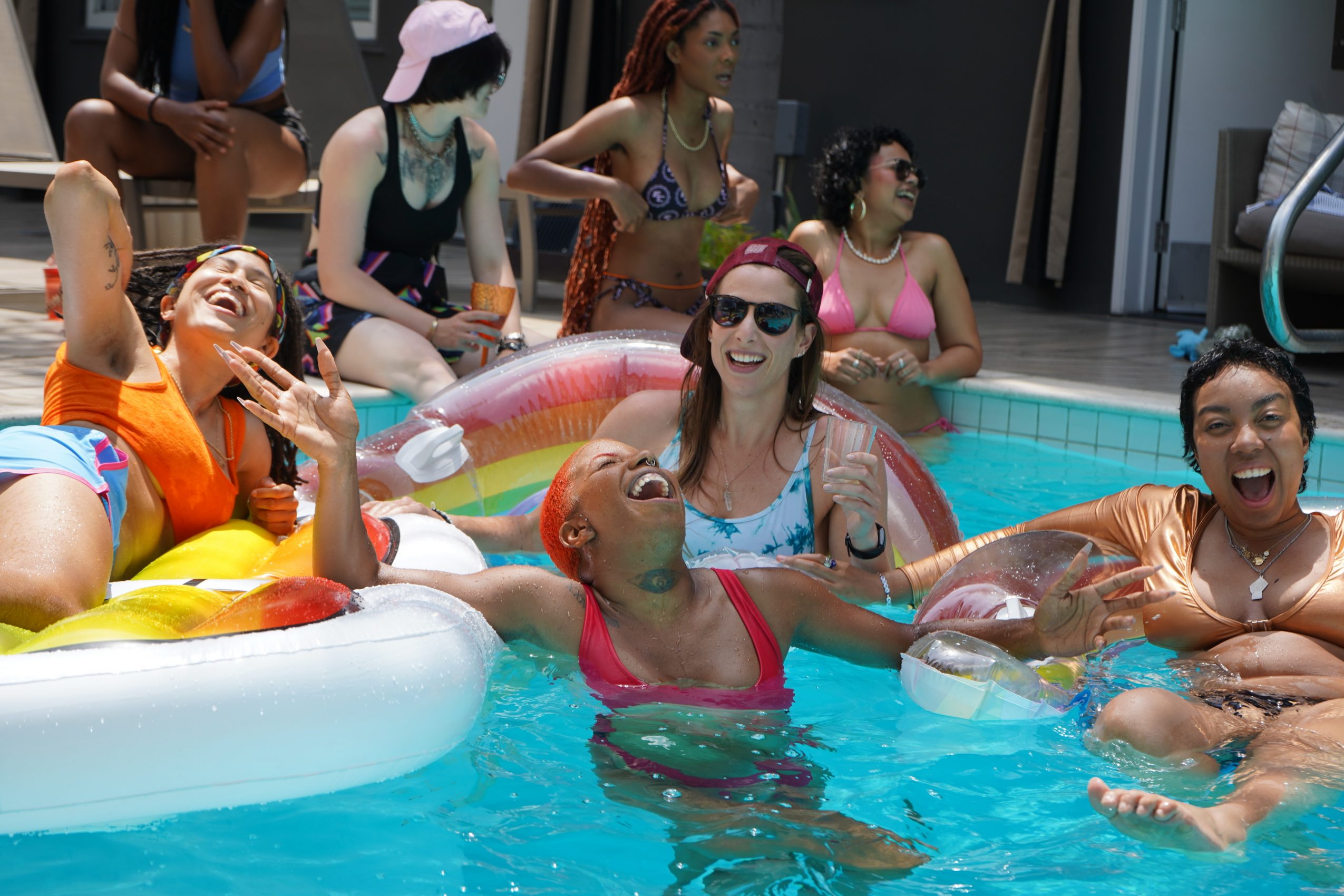 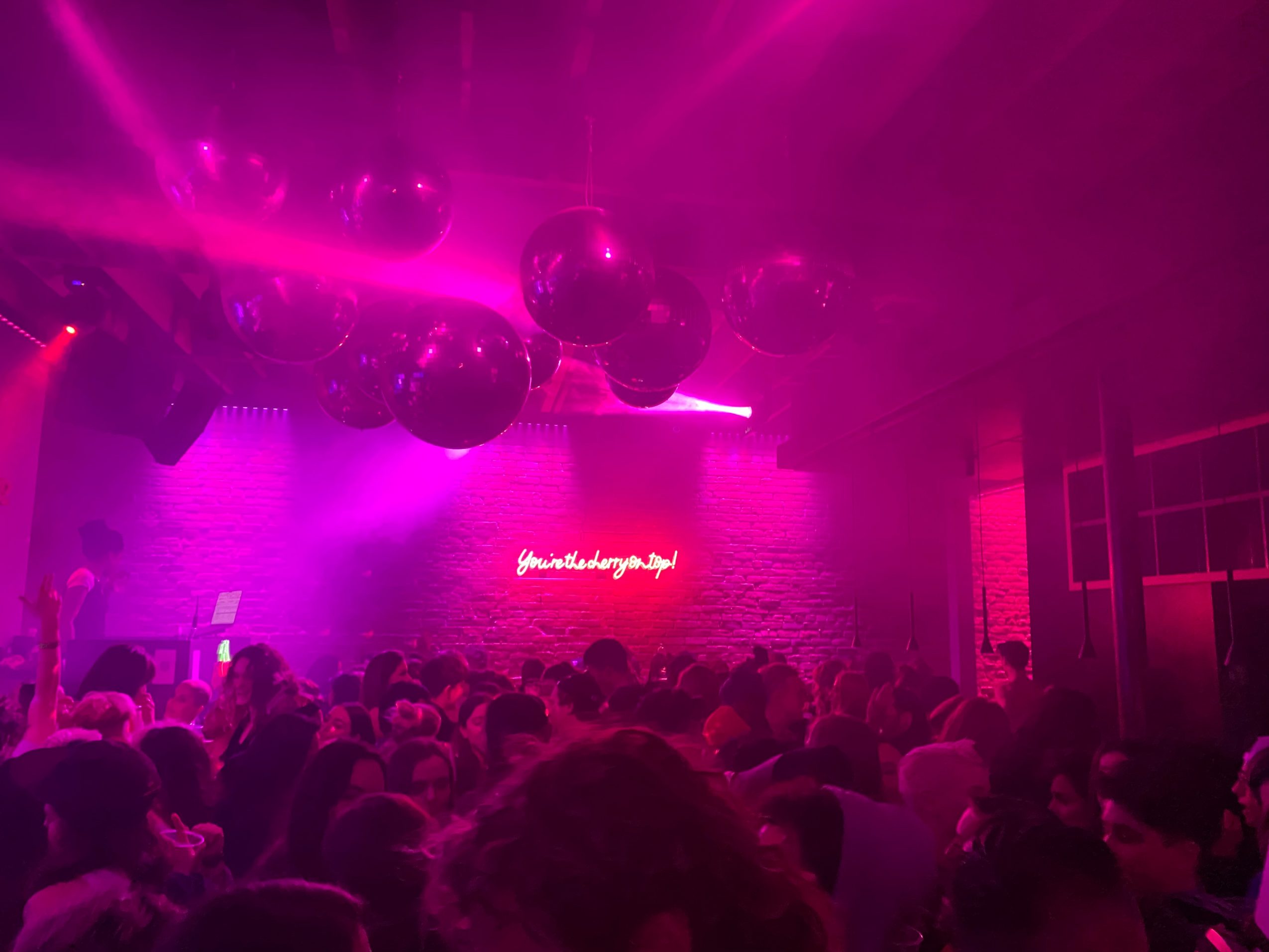 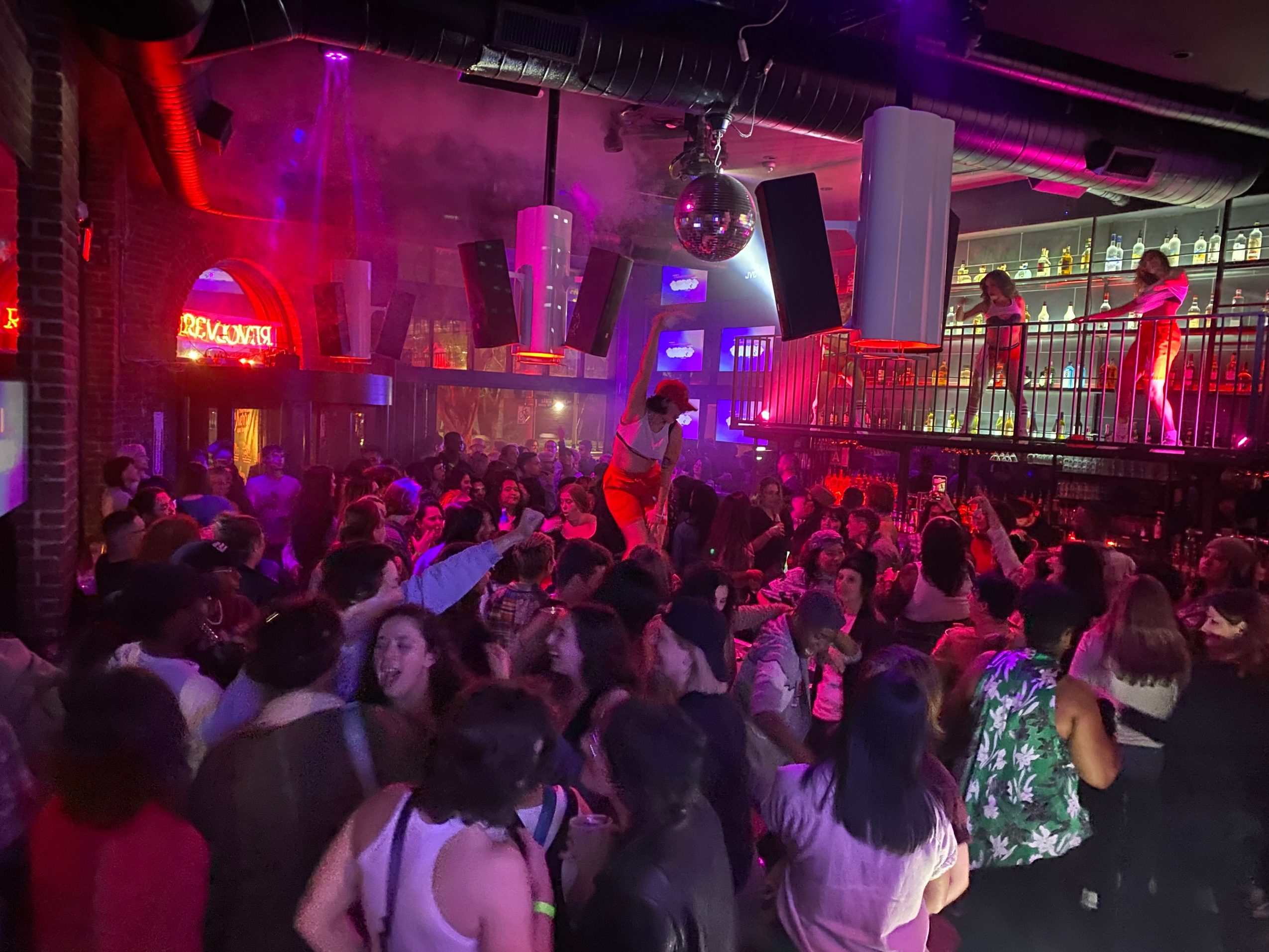 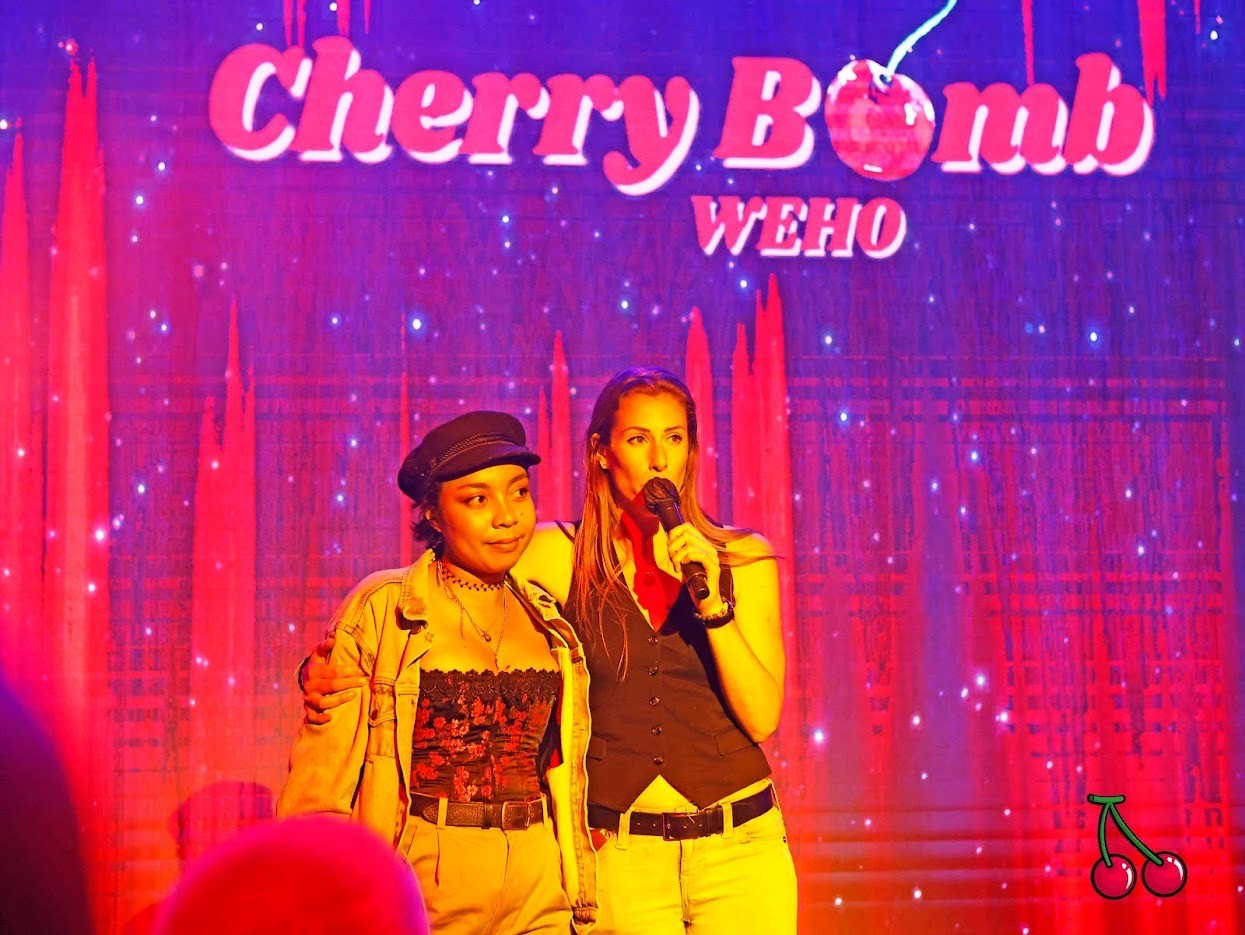 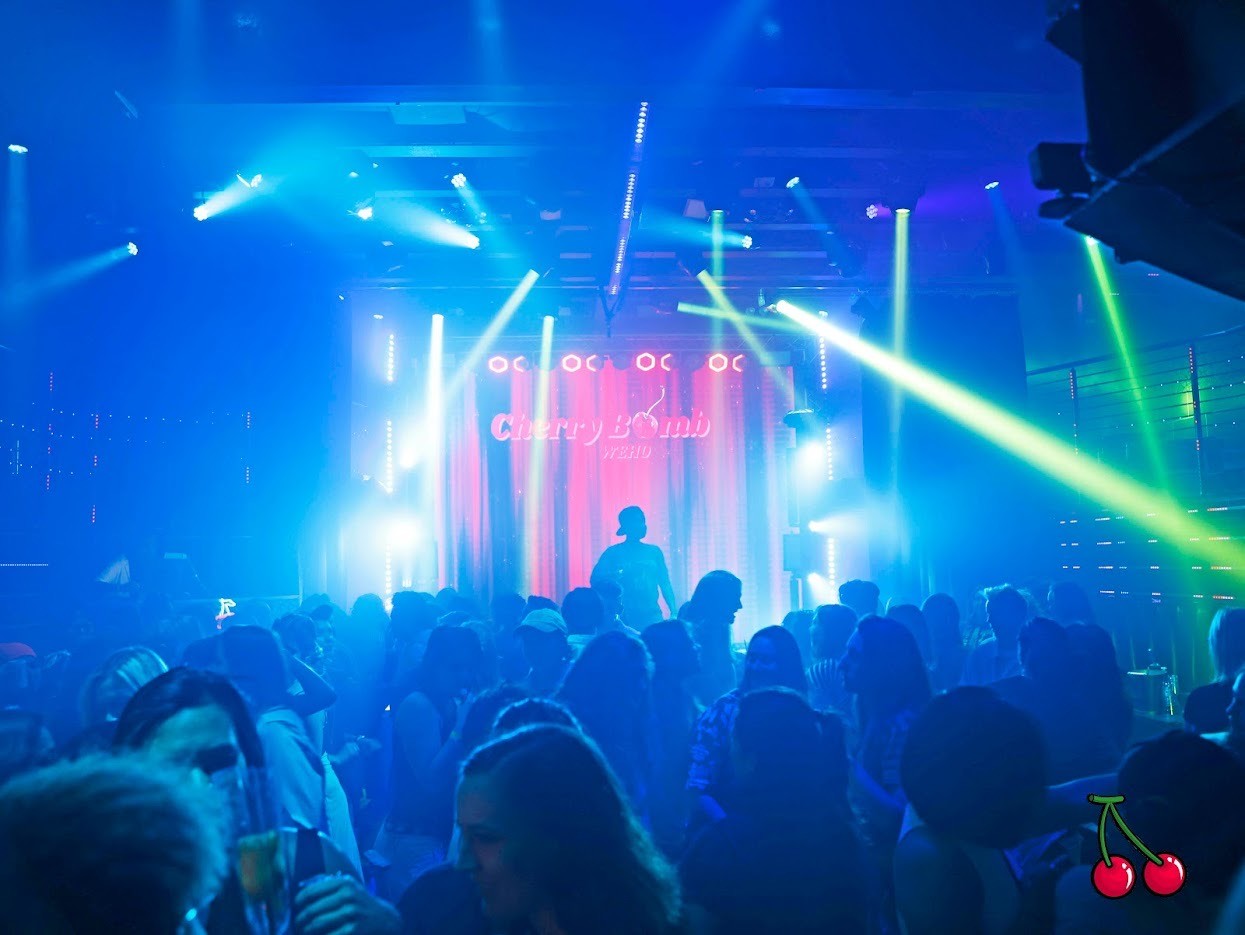 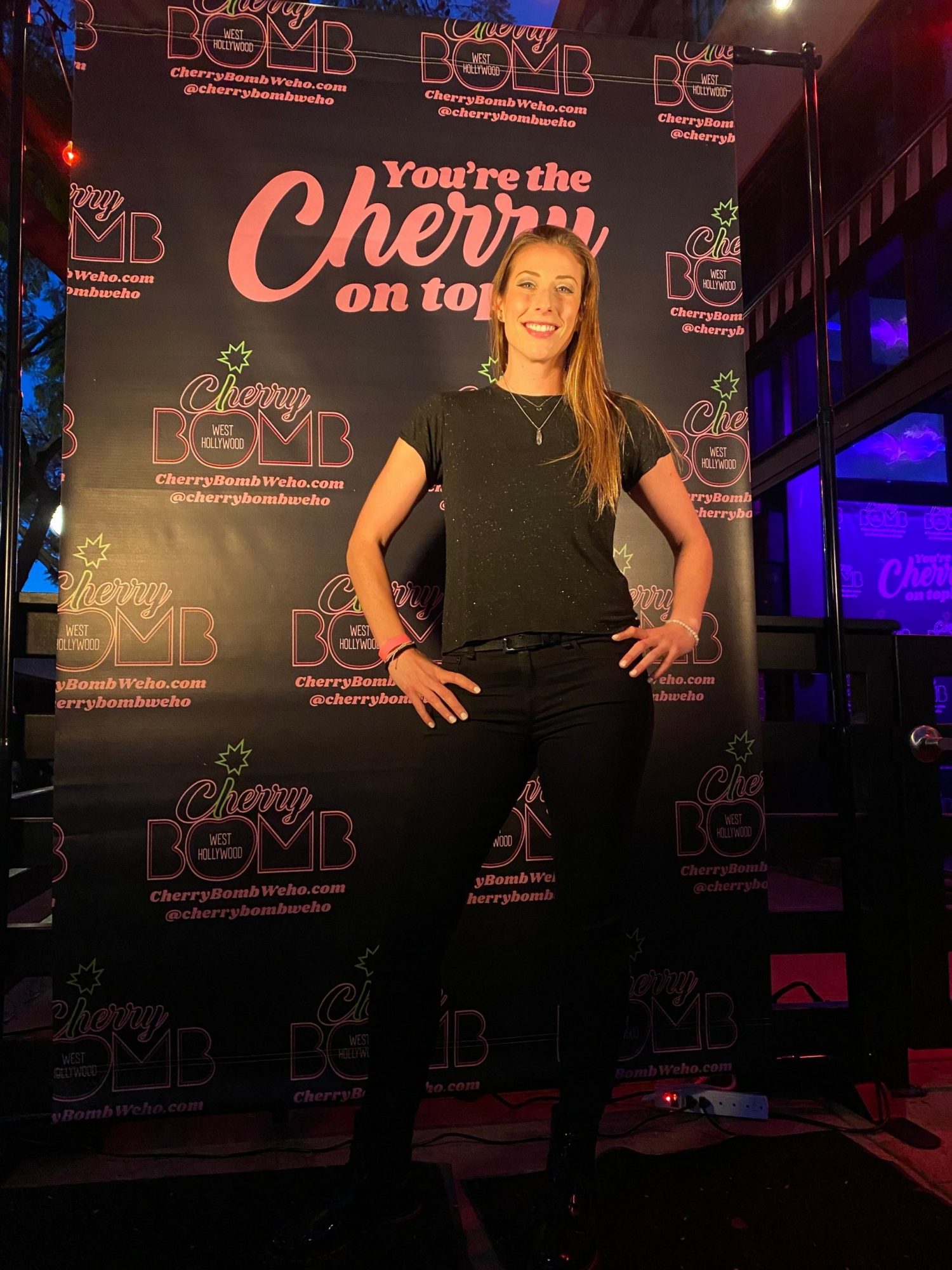