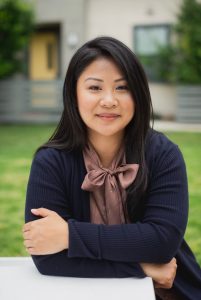 Today we’d like to introduce you to Aileen Uy.

Hi Aileen, thanks for joining us today. We’d love for you to start by introducing yourself.
When I reflect on my childhood, I was always very observant of people. I had this innate curiosity about what motivated people to think and act a certain way, with that interest increasing as I got older.

In middle school, one of my teachers encouraged me to become a writer—specifically a novelist—based on how naturally character development and character arches came to me. Whenever we had to analyze characters, dynamics, or dialogue, I seemed to have a knack for unspoken context and emotions beyond the words written down.

My interest in people developed after my family immigrated to the United States from the Philippines in the 1980s. I was a toddler living in a household with two working parents and four older male siblings. As a result, I had an endless supply of material to study as my parents and siblings expressed different behaviors and responses to the world. In addition, growing up an immigrant in the 80s in the middle of a major city meant being exposed to racism and sexism, which loaned to the growing list of questions I had about humanity and behavior. These experiences, coupled with being the designated “confidante” amongst my middle school and high school friends, laid a strong foundation for pursuing psychology as an undergrad.

Since I was a working student, I looked for jobs related to Psychology. I started my career working as a “behavioral tutor,” working with children with developmental delays. As a 20-year-old without any kids and little exposure to anyone with special needs, the job was very humbling. But, it was more than just working with children. The job taught me how vital empathy, compassion, and community was.

After I graduated with my BA, I moved into a position of working with at-risk youth as a “behavioral therapist.” It was moving beyond the scope of working with children with physical and neurological challenges and into a world where behavior depended entirely on their upbringing. I started to make stronger connections to how life experiences were a significant influence on behavior. More importantly, I began to grasp how all behavior is a form of communication truly. Even though three different people expressed the same behavior, the function of the behavior could have six different meanings.

Working in the field for several years was a considerable supplement to what I was studying. I was able to apply theories about family dynamics and the massive impact life experiences loaned to the way people view and interact with their world. Finally, however, I hit my breaking point when I realized I couldn’t do very much with a bachelor’s degree and suffered one too many heartaches because I was handicapped operated under my scope of competence and scope of practice. So I decided to go to graduate school for my masters’ degree.

As if going through an intensive graduate program while working full time wasn’t enough, I also decided to get a formal certification as a Life Coach with “The Angry Therapist” John Kim and ICF Coach Noelle Cordeaux (which later became JRNI Coaching — www.jrni.co). I practiced as a life coach throughout graduate school, which was a massive power move and put me at an advantage. Being a coach made me more confident in therapy sessions because I had the foundation of motivational interviewing and understanding the importance of focusing on the client’s strengths versus their problems or goals.

I coached high-functioning, relatively healthy adults in the evening while working with very marginalized populations during the day. After graduating with my Master in Social Work, I worked with two of the most vulnerable and marginalized populations: the homeless population and those previously convicted of misdemeanors and felonies. Working in both community mental health agencies highlighted the importance of cultural humility and recognizing the need to diversify treatment models.

My private practice is a collection of everything I learned in school and all of the things I learned working with people. I took theories I learned in undergrad and graduate school and applied them to everyone I had the privilege of working with—children with developmental delays, the homeless population, the formerly incarcerated, high functioning adults, and those seeking to thrive.

Would you say it’s been a smooth road, and if not what are some of the biggest challenges you’ve faced along the way?
Towards the latter half of my education career, I began dealing with chronic illnesses and severe medical conditions. Unfortunately, because I had to work to live, I didn’t have the privilege of taking time off to focus on taking care of myself. As a result, I went against the doctor’s recommendations and pushed myself to the limit (and sometimes beyond) to meet deadlines and take home a paycheck. I was always emotionally and physically exhausted. I sacrificed time with friends and family for graduate school, which set the tone of constantly putting career above all.

On a professional level, I felt like I was constantly up against odds. So long as community mental health agencies operate the way they do, there will always be burnout in the field. I faced politics in the workplace, unreasonable expectations placed on the employees, drama with coworkers, drama with clients, and frustration with the other multi-disciplinary teams.

When I decided to transition to full-time private practice, it was during the start of stay-at-home mandates. Not only was I learning how to run a business, I also had to learn to adapt my business with no frame of reference of how. None of my mentors had advice on how to manage their private practices during an unprecedented event.

Great, so let’s talk business. Can you tell our readers more about what you do and what you think sets you apart from others?
AU Therapy is a private psychotherapy practice founded to help people develop a greater sense of alignment to who they are, not who others want them to be. I believe in holistic care and believe in focusing on the person, not the problem.

I work with adults ages 21+ focusing on treating those wishing to develop a greater alliance with their thoughts, feelings, and actions. I utilize evidence-based practices utilizing CBT and DBT, adapted appropriately for various populations. My private practice is LGBTQI+ friendly and welcoming; kink-friendly; poly & sex-positive; affirming all lifestyles, religions, and alternative ways of living, including those considered to uphold esoteric practices. I specialize in working with millennial Asian-American population and adult children of emotionally unavailable/immature parents.

Any advice for finding a mentor or networking in general?
The most success I’ve ever had with finding a mentor is identifying my end goal first before anything else. So I had to do a lot of soul-searching to figure out where I wanted to be in the future. It was discovering the type of living and working situation that would make me the happiest. I had to deconstruct my future in a way that pulled me apart from my ego and the desire to generate a certain annual income. It was about finding someone who had walked the path before me and had experience navigating the same personal and professional journey.

It was also essential to outline what I needed. So I made a list of objectives ranging from topics I wanted to cover to skills I wanted to learn. Then, at last, looking for the right person to support me in my growth.

The best thing I’ve done while networking and finding mentors is to make a connection my top priority. It feels disingenuous for me to see other people as purely business contacts. There’s more to other people than the work they do and the titles they hold. For me, it was about getting to know the person who runs the business or private practice. I would be friends with each of my mentors outside of the professional relationship, and I made it a point not to center our relationship surrounding what they could give or teach me. Doing so has helped me immensely. 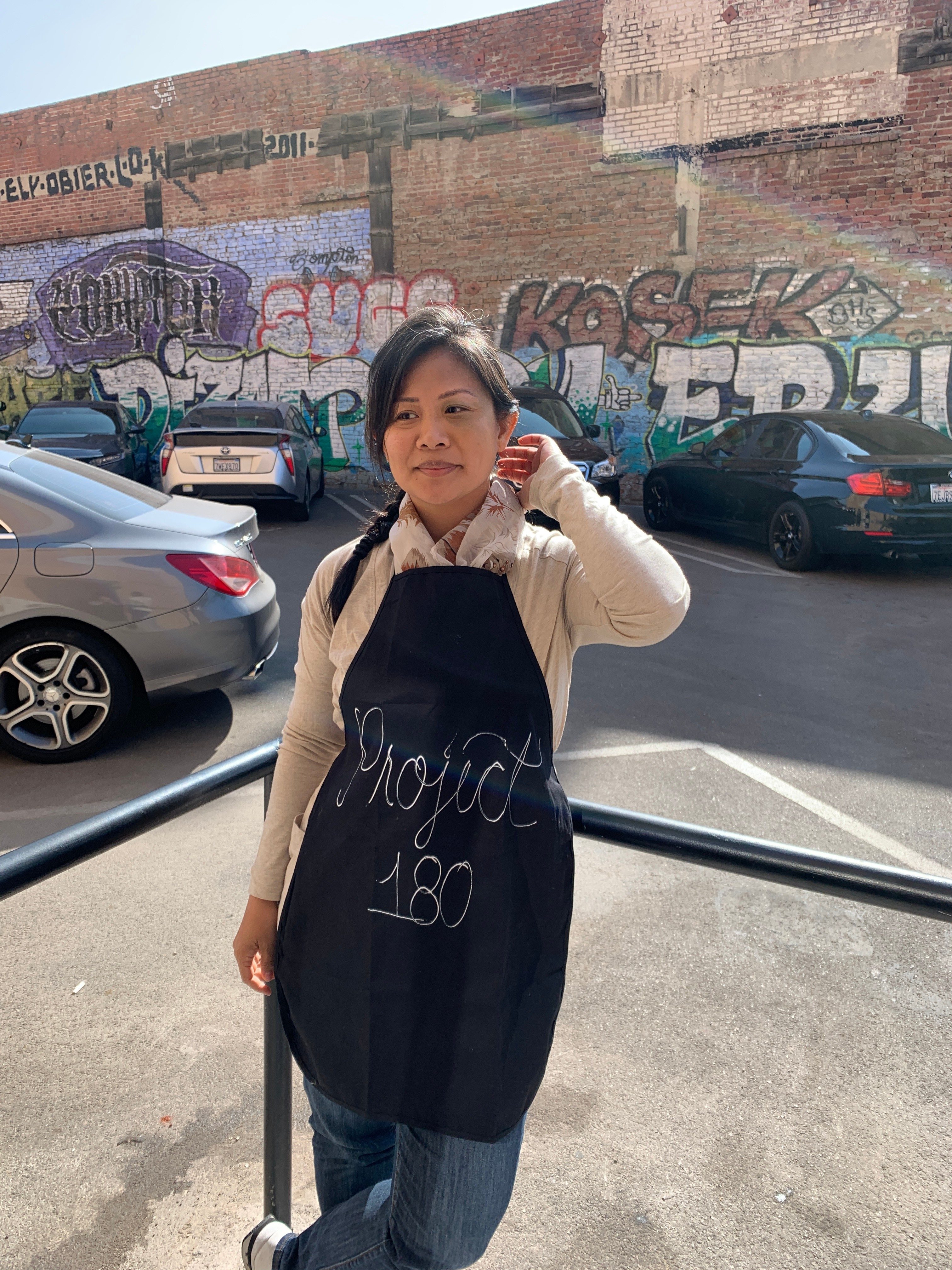 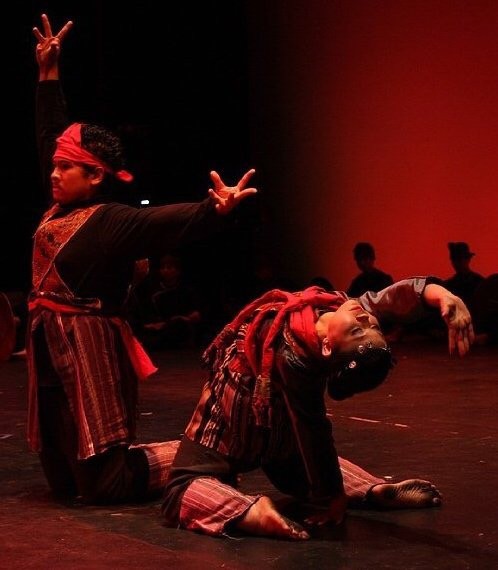 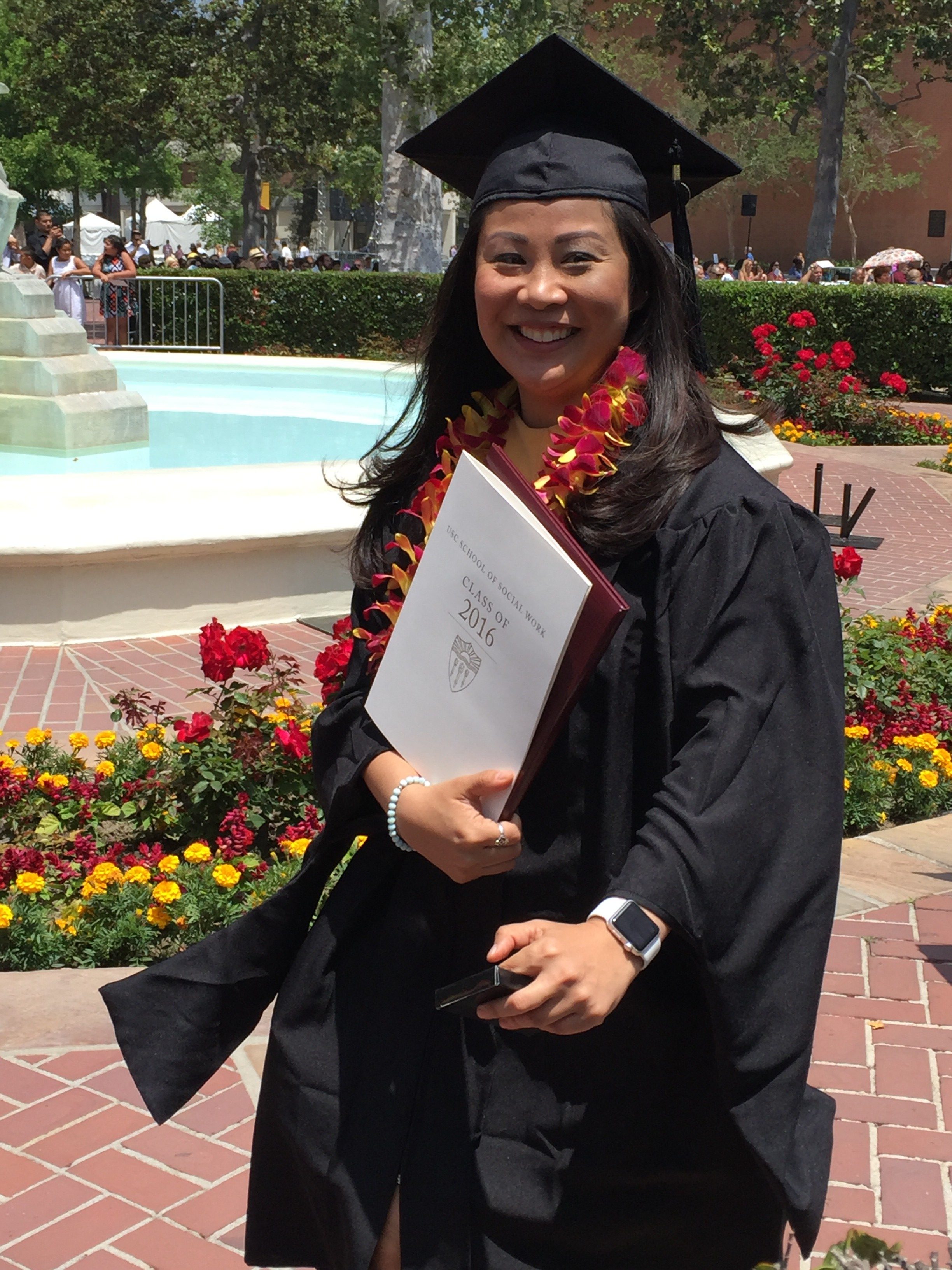 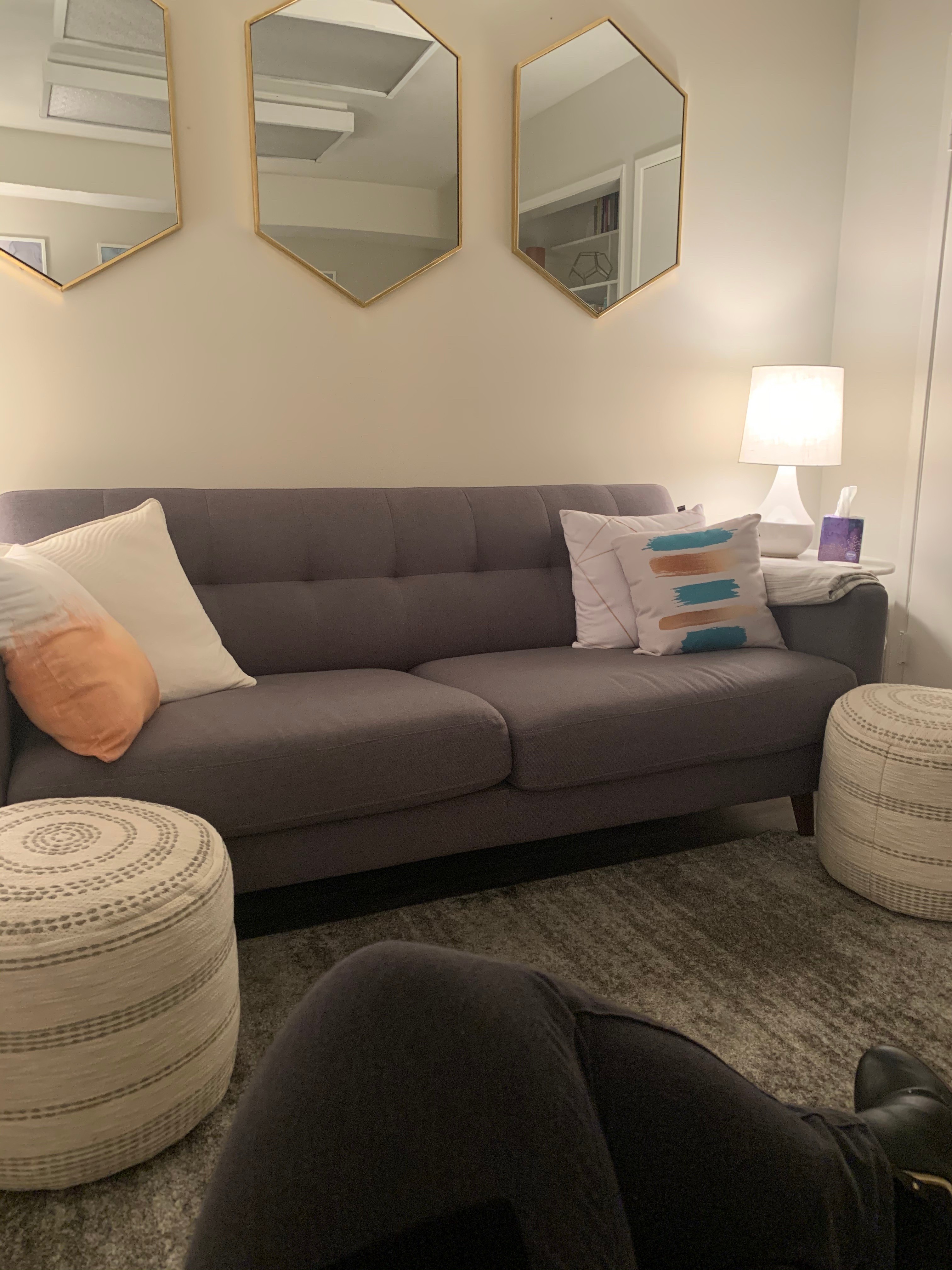 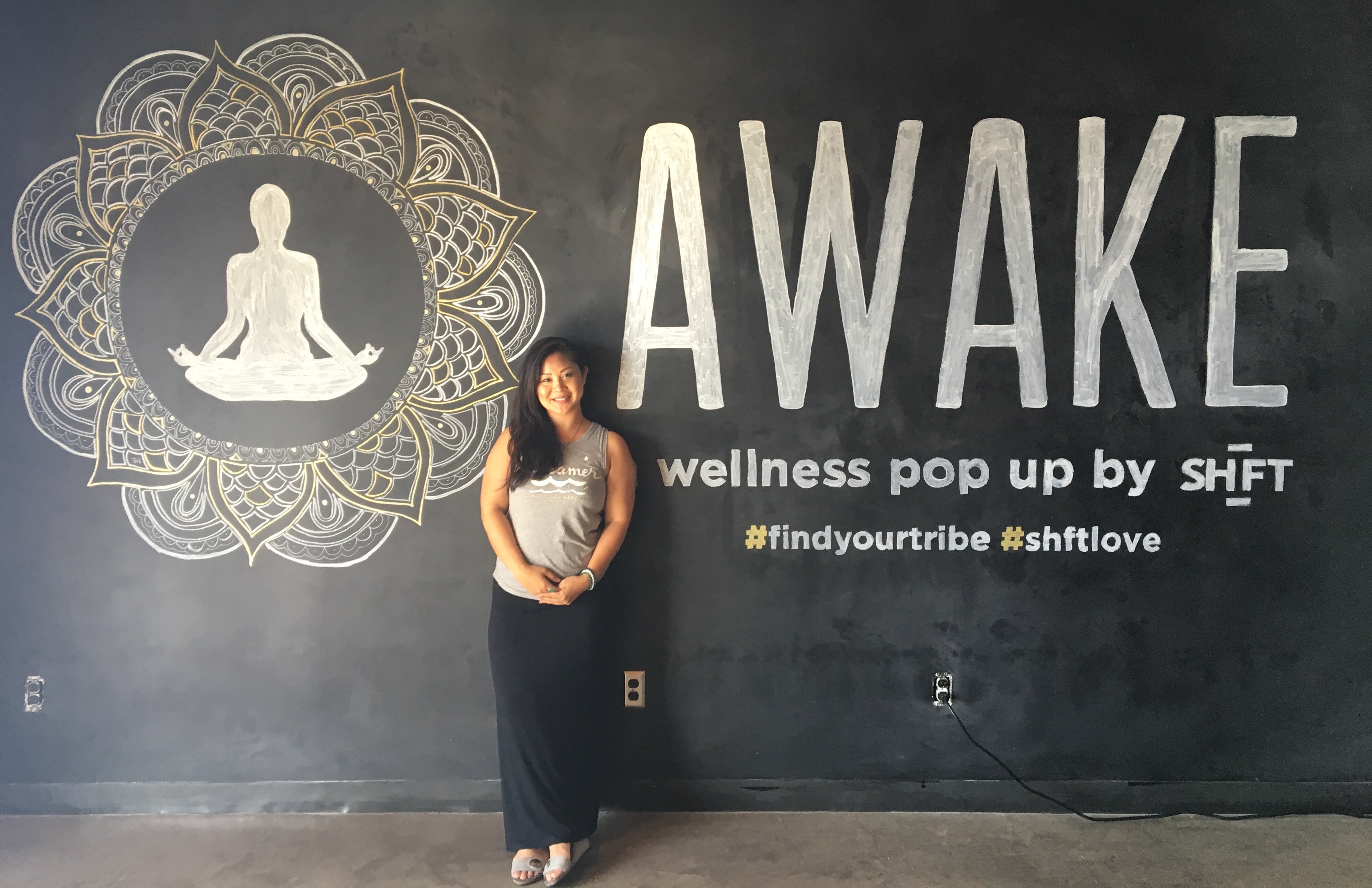