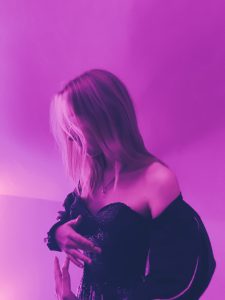 Today we’d like to introduce you to Von Wnuk.

Hi Von, please kick things off for us with an introduction to yourself and your story.
Much of my artist story begins in a foreign country, China. I grew up with the assumption that music wasn’t a secure path and diving deep into the industry wouldn’t be all-too favored by my mom. So that meant I had to approach music in a unique and disciplined way. My first experiences with music begin with classically training in piano, which now is my biggest tool for writing and producing.

Piano lessons after school for years and let alone practicing classical pieces deemed reading qualities, such as focus, that help me out in my day to day life now. However, all that being said, I couldn’t find a door into music, so I decided to take on languages that then I started singing. Too much surprise the first language I took on was Mandarin. From this risk of learning Mandarin, I convinced my mom to sing in it too and was then offered to go to China for the only government-funded vocal competition. That was kind of the start of my music journey in Guangzhou. China was great, I was playing shows every week, whether it was tours around Southern-Eastern China schools to even big stages, like the Sun Yat-sen Memorial Hall. I also got to perform in front of the China Musician’s Association and the China Federation for Literary and Art Circles. Later, I had the chance to move to Los Angeles, where I now attend college, and songwrite/ sing/ learn production. The jump from Chinese Pop to English music was a tough one to make since the only music I was really exposed to was 60’s, 70’s rock, from my mom’s car, and Mandarin hits.

One thing never changed, and it was songwriting in both languages. I was working on writing in Mandarin and English while in China, and never stopped when I came to the States. I even joke about with my friends how I write at least one song a day. Getting in touch with the music scene in Los Angeles was hard since I didn’t know anybody, but I made friends with a few producers through touring schools, friends of friends, and social media. The first song I dropped was Cross the Line last June, and that was with Johnny May, a friend of mine. I was into EDM and more pop-type music, but now I’m kind of crossing genres with my new unreleased music, with rock and EDM. I got taken under the wings by managers Chris and Glen, and they introduced me to Zack Djurich, who I often collaborate with now. I have three singles out so far. We’re currently working on a few singles that should come out by the end of summer!

I’m sure you wouldn’t say it’s been obstacle free, but so far would you say the journey have been a fairly smooth road?
I don’t think any industry ever has a smooth path, and even if it was, it wouldn’t be fun to tackle because you know what to expect. Music is a really uncertain field most of the time but the way you have to approach it is with risk-taking and innovation. For a long time, I was sort of conditioned to believe I have to stick in one genre. I was raised on 60s and 70s rock as a kid so I’m trying to jump back into that edgy-scene. Finding your sound is a super hard thing to do, and I feel like it’s not talked about enough. That’s also the exact reason why I integrate myself into every aspect of the song. Everything I’ve written so far has been entirely by myself, and now getting into production has been really redeeming since I can kind map out the song from my blueprint in my head to a tangible and listenable product. However, I think the biggest struggle was defining that this is what I wanna do with my life and being assertive about that.

As you know, we’re big fans of you and your work. For our readers who might not be as familiar what can you tell them about what you do?
I’m a risk-taking musician, primarily a songwriter! I speak and sing in five different languages (English, Mandarin, Cantonese, French, and Russian) which helps me articulate ideas, communicate and reach broad audiences. I specialize in using innovation in my music and now, crossing unique genres to form a new take on music. My work ethic can be a little too much for my brain to handle since it’s always filled with metaphors, lyrical ideas, and melodies. Often times I record around four-five memos during the day regarding possible hooks or even verses. Even if I’m eating dinner with my friend, I’ll leave to record something quick because my brain is so occupied musically. I think the thing that sets me apart from most musicians is the fact that I always look into projects with a global lens, whether that’s my linguistic ability to even using different instruments from different cultures to get a unique take on a song. Right now, I’m working on a song with a Chinese traditional instrument, the guzheng! I feel like having this-worldly perspective only helps to create niche and good art overall. Songwriting has been the biggest help for development and the one thing that can actually keep me sane or problem solve. I write everything by myself, and I can’t picture myself not doing it for every single project I put out or will put out.

Can you talk to us a bit about the role of luck?
I wouldn’t necessarily say I’ve had luck, I feel like it’s more so the laws of the universe giving you what you put out. If you’re consistent with your work ethic then you’ll be rewarded with it, that’s just how any industry works. However, I will say a lot of music is based on who you know and marketing. Personally, I don’t have a big marketing budget, so I have to always find creative ways to do it that fits into my budget. Last October I put out a song, Call Me Up, and decided to print stickers to hand to porches and stick onto street pole signs. The stickers had my cover art and Spotify QR code so the individual could scan the song on Spotify and listen to it right away. As for the luck of that, I feel like it’s just constantly emerging yourself into new walks of life and taking the challenges of the industry through risks. 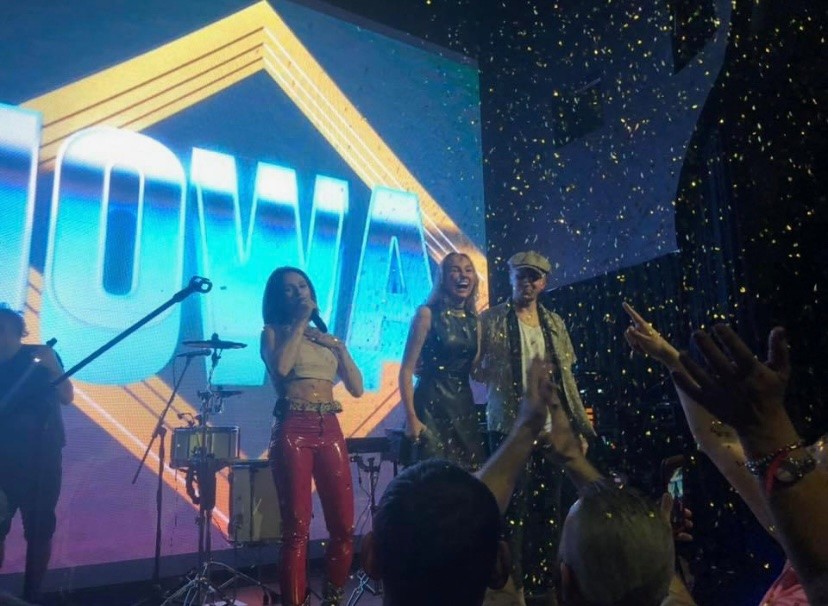 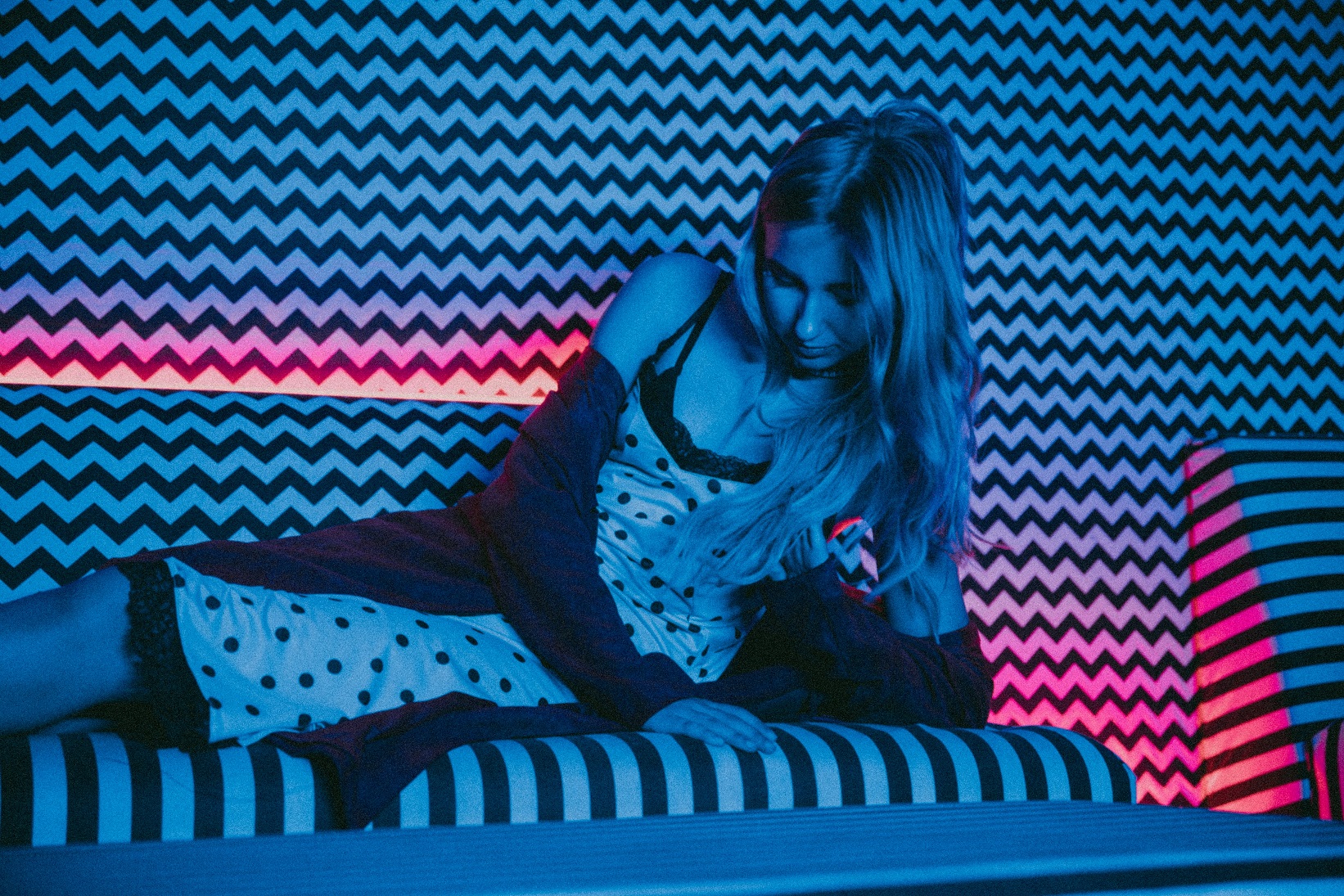 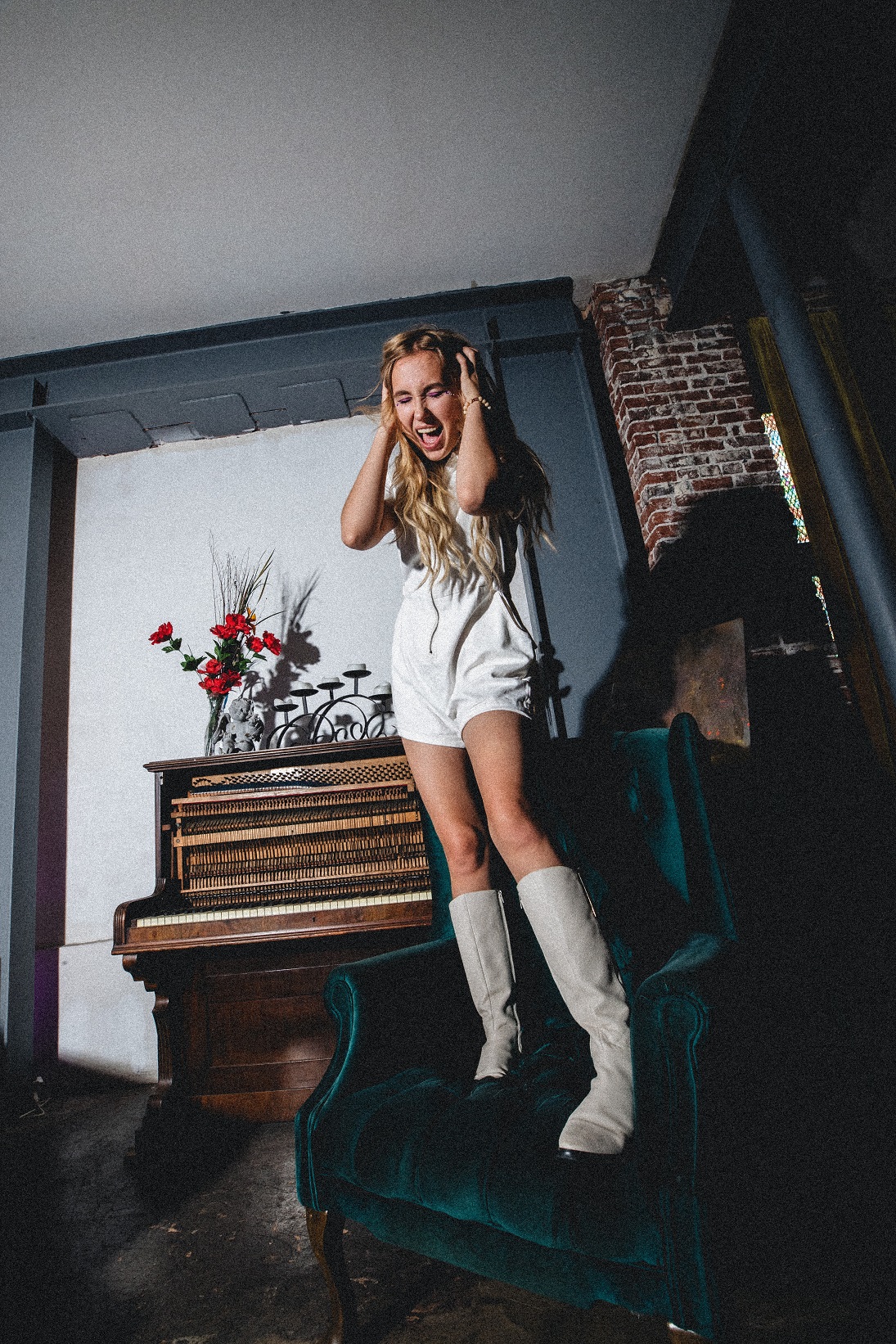 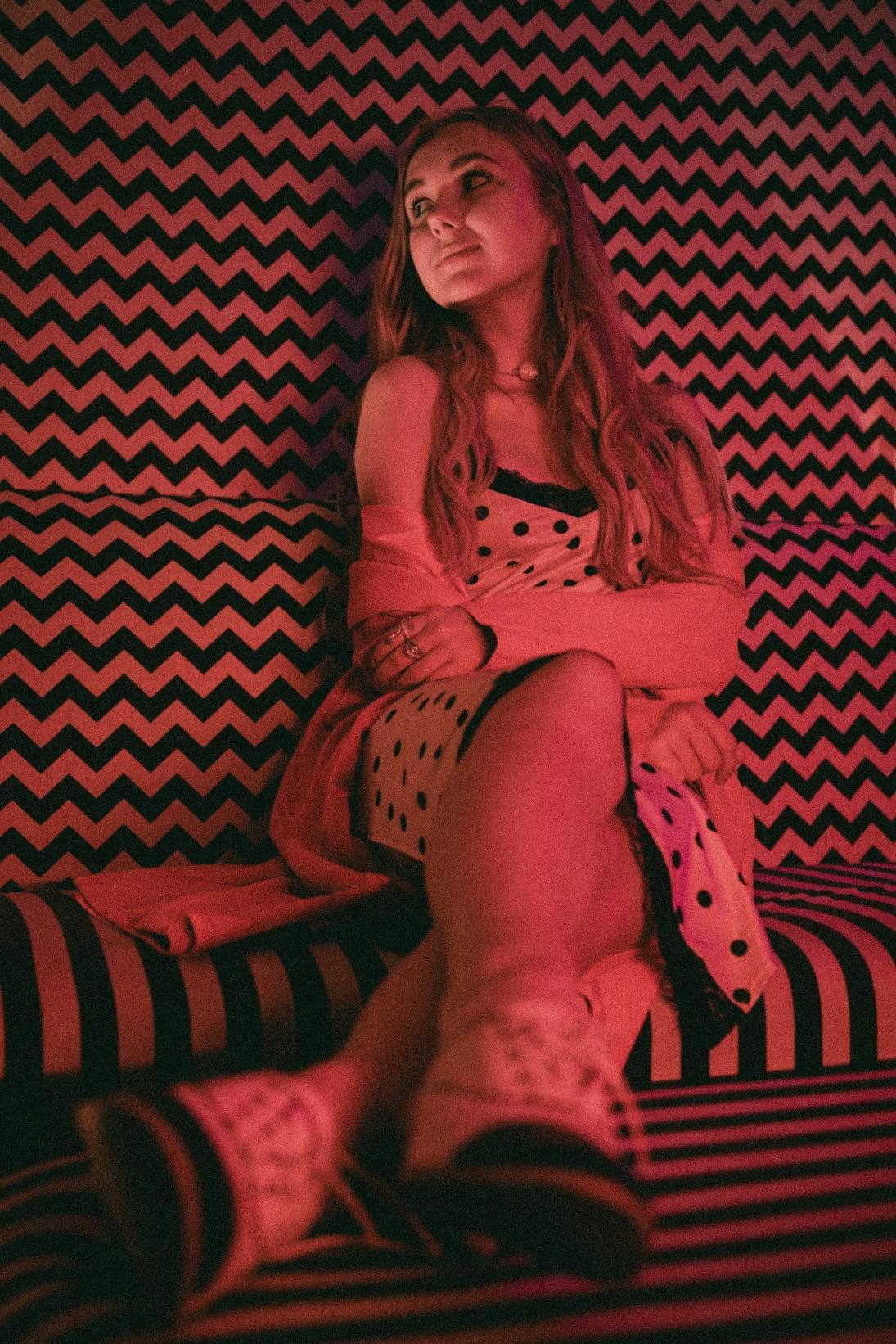 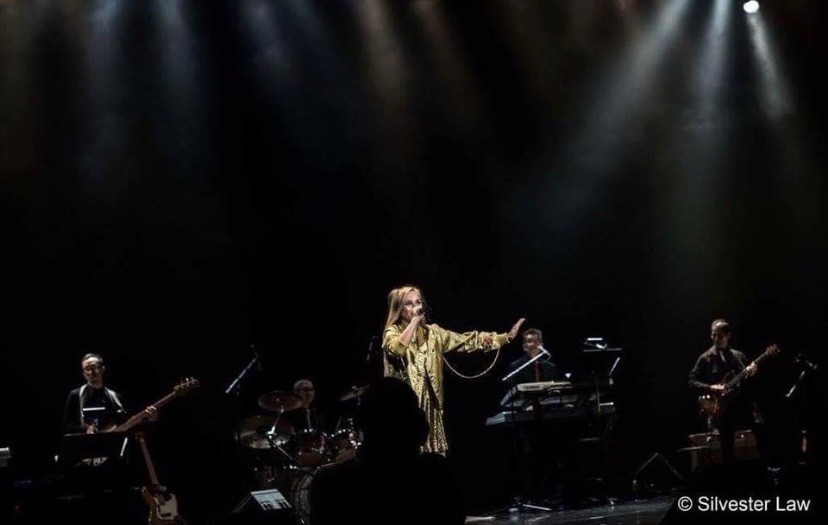 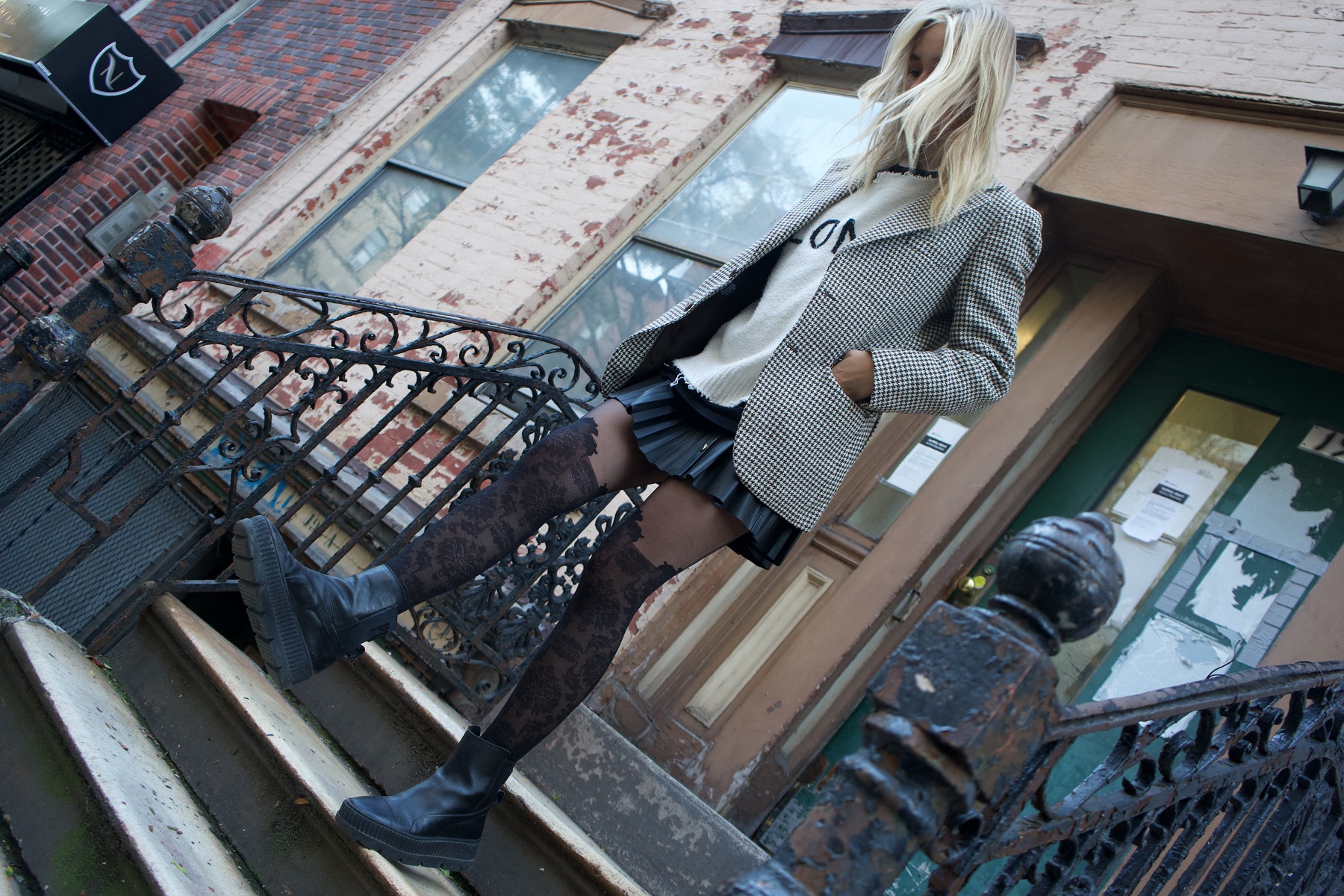 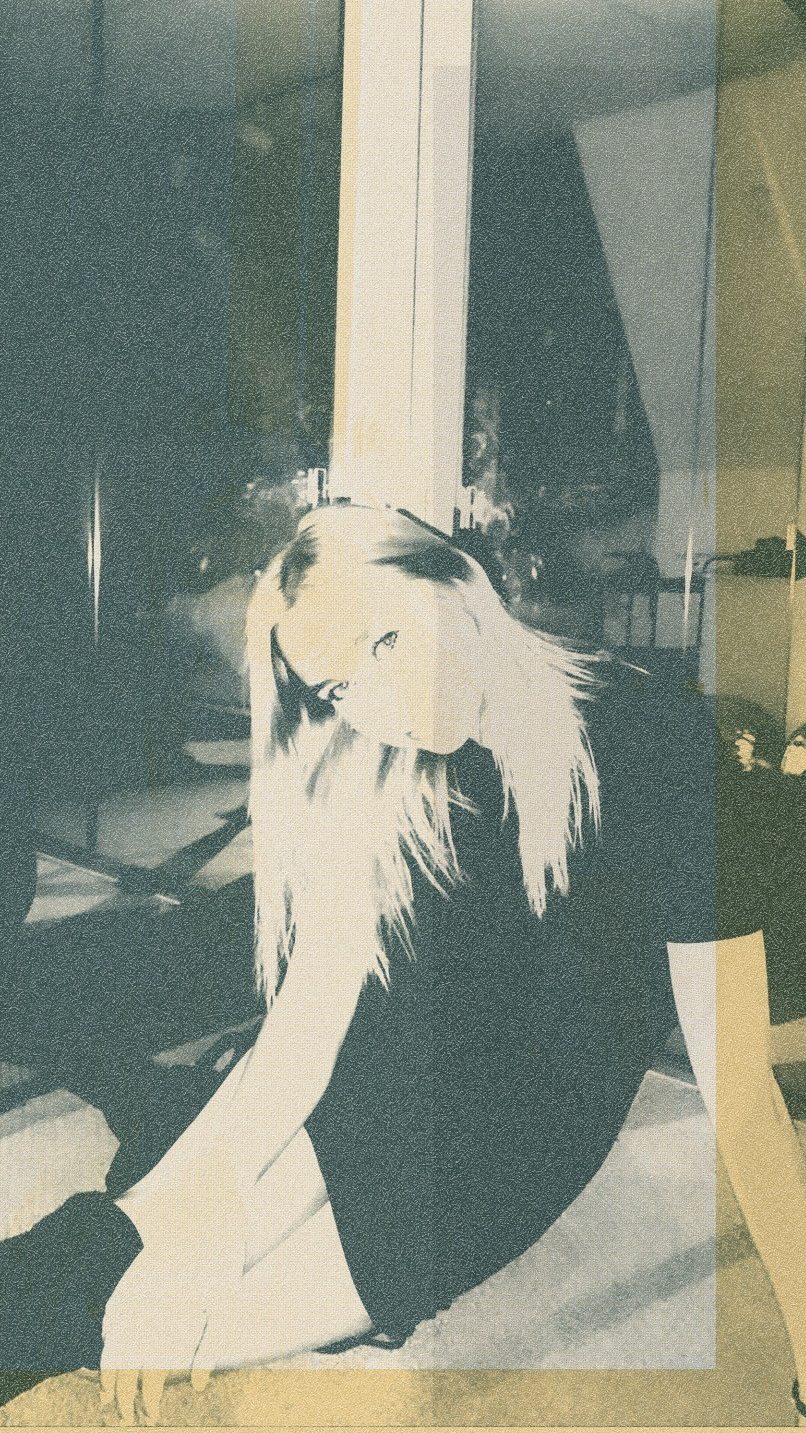