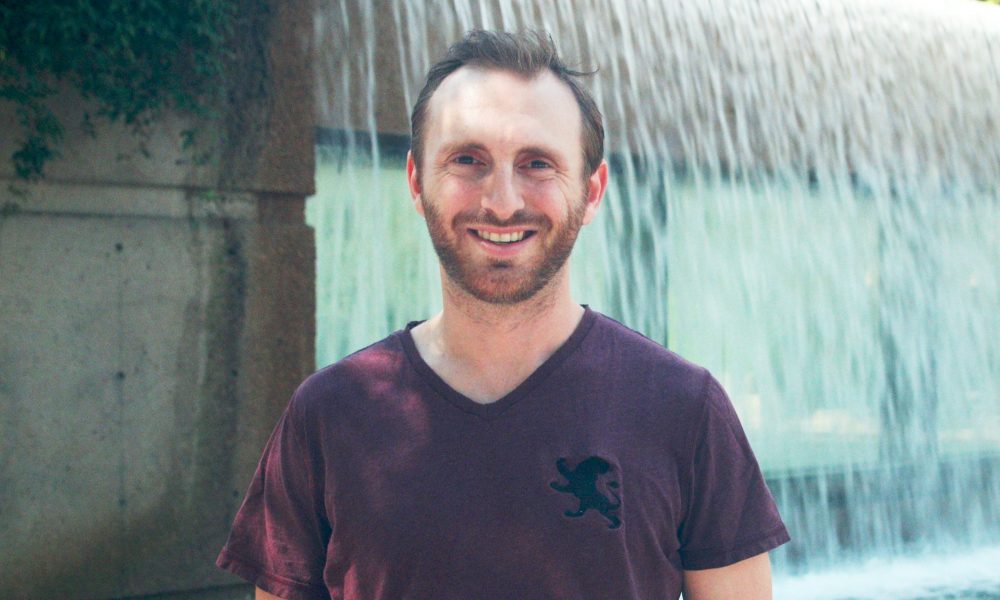 Today we’d like to introduce you to Ryan Saper.

Ryan, we’d love to hear your story and how you got to where you are today both personally and as an artist.
Being an artist was always at the top of my list for a career. As a child, I was always creative and was encouraged by my parents to pursue art. Eventually that evolved into an interest in film. I used to spend my evening watching old movies with my father. The first movie I watched, or at least remembered watching was Fantastic Voyage. That experience was inspiring. On my 8th birthday, I was given a cheap black and white only camcorder and began to make small movies. These movies required sets, props and creatures. I built almost everything out of cardboard and duct tape. The first thing I ever recorded was a shot of me running around in my back yard during a meteor shower. I had recently moved to a new house in northern Scottsdale, Arizona. The back yard was all clumps of dirt. I threw them up in the air and then ran in frame just as they were falling, making it look as though meteors were crashing all around me. These little 8mm movies took up most of my afternoons after school. This went on until I saw Jurassic Park in 1993. That film changed everything for me. I witnessed what computers were capable of and I knew I had to be a part of this amazing technology. My interest shifted from practical special effects, to CG. The world of computer graphics was still relatively new and unexplored, making learning the craft a challenge. My first exposure to anything 3D was a terrain and environment program called Vue, by e-on software. The learning curve was mostly based on experimentation. It was all trial and error. Creating beautiful CG environments still felt lacking as I became more proficient in the software. I wanted to build more custom objects such as buildings, vehicles and characters.
After some extensive research, I found a program called 3D Studio Max. In this software (which today is mostly used for video games), I was able to create anything I wanted. I would practice every night and on the weekends. I explored not just 3D modeling, but animation, texturing, lighting and as many other facets of the industry as possible. But after learning all of that, I still knew I wanted to focus on building things, so becoming a 3D Modeler was the direction I chose. It’s important to learn the latest tools that your industry uses. Since film took priority over video games, I became well acquainted with another 3D program called Maya. Maya is the most common computer graphics application for the movie business. The learning process started over again. As years went by, the internet was becoming filled with more tutorials and lessons, which at the time were mostly all in text and images. This was before YouTube, so I had to take what I could get. I knew that eventually once I started college that I would be able to meet more artists.
Growing up in Arizona was very isolating and disconnected from the entertainment industry. Even with good work, networking was a crucial component to me furthering my skillset and landing a job. I enrolled at Arizona State University in the digital arts program. The university at the time did not have a very large selection of 3D courses, but I did not want to go to a trade school because I wanted my bachelor’s degree in addition to having a well-rounded education in other areas. After college, I knew I had to move to California. The San Francisco Bay area was the most populated visual effects city. The big studios were up there, and I knew I had to be where the action was. My first break came in grad school. I was in my last year at the Academy of Art University in San Francisco when I was offered work on a short film called The Ocean Maker. It was directed by a very creative guy named Lucas Martell. I was familiar with his work and ran into him by accident while volunteering at a computer graphics convention called SIGGRAPH. I gave him my demo reel and he offered me a job the following day. While working on this, I experienced what it was like to work as part of a team, despite the fact that most of the crew were working remotely. Everyone has their area of expertise in the visual effects industry.
When multiple artists create art together in a studio setting, we refer to it as a pipeline. A 3D modeler will create an object, then that model flows down the pipe to the next department, and so on and so forth. After this short film, I created strong networks with my co-workers which would later lead me to get a job in Los Angeles. I worked for a company in the Mid Wilshire area called Proof Inc. I was contracted to make pre-visualization assets. They tend to be lower resolution and are created to get a quick idea as to what the end product will be like. It was not long before I landed a job at Sony Pictures Imageworks up in beautiful Vancouver, British Columbia. I currently create a variety of models such as environment sets, props, characters and vehicles. It has been a long journey to get here but the hard work and persistence paid off. I love my job and I’m proud that I get to be a part of such an exciting industry.

Do current events, local or global, affect your work and what you are focused on?
I believe that the role of the artist remains the same. It is the artist’s responsibility to create and inspire. We bring exuberance to the mundane and provide a context for how we perceive our lives.

With the new technological advancements that artists have available, so much more can be accomplished. The tools may change but the spirit of our work remains the same. Whatever we create becomes part of society forever.

Social media has given artists the ability to share more work to a wider audience, however, the over-saturation of content can be blinding. This forces artists to create better work to get ahead of the competition.

Going to conferences and art fairs does not play as big a role in artistic expression as it once did. It is a great way to network, but in this digital age, artists must embrace the future. A lot of this depends on what kind of artist you are. A traditional painter may benefit from a local or national exhibition, but digital media thrives on digital platforms.
Do you have any events or exhibitions coming up? Where would one go to see more of your work? How can people support you and your artwork?
I mostly share my work on Artstation: live4film.artstation.com
Instagram is also a great way to see my artwork: 3dsaper
I also have a personal website with my demo reel: www.ryansaper.com
You can contact me via email at: ryansaper@gmail.com 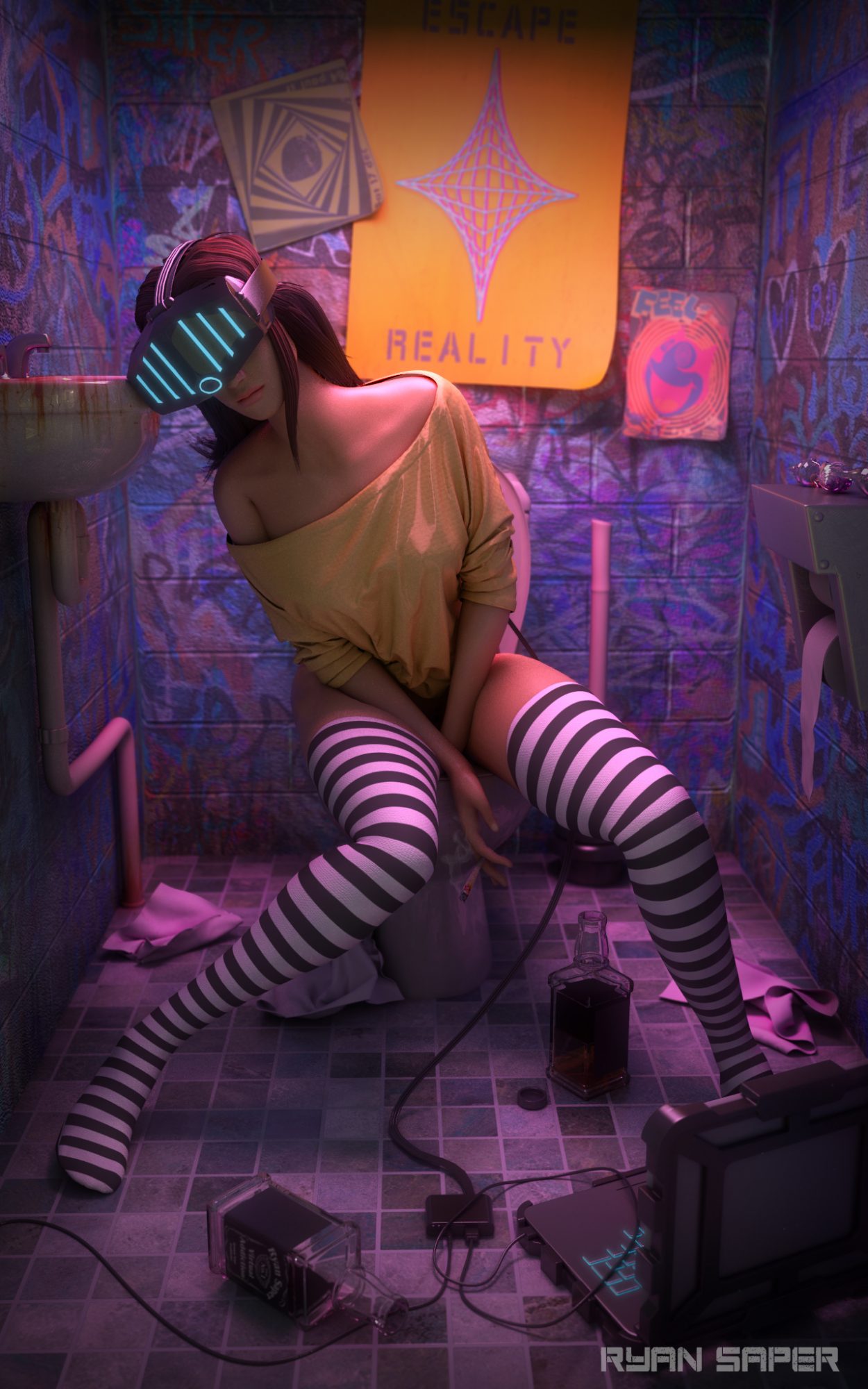 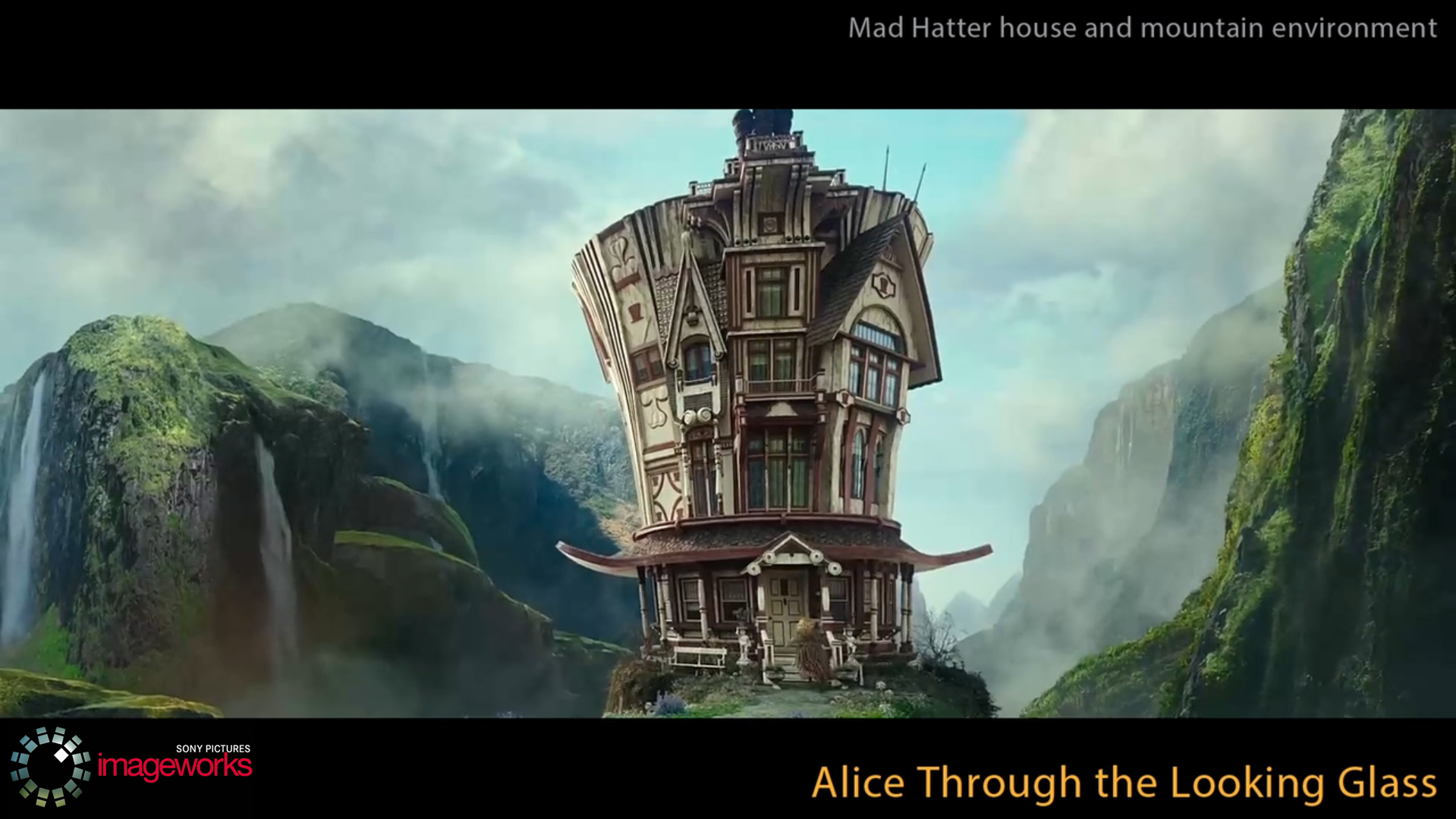 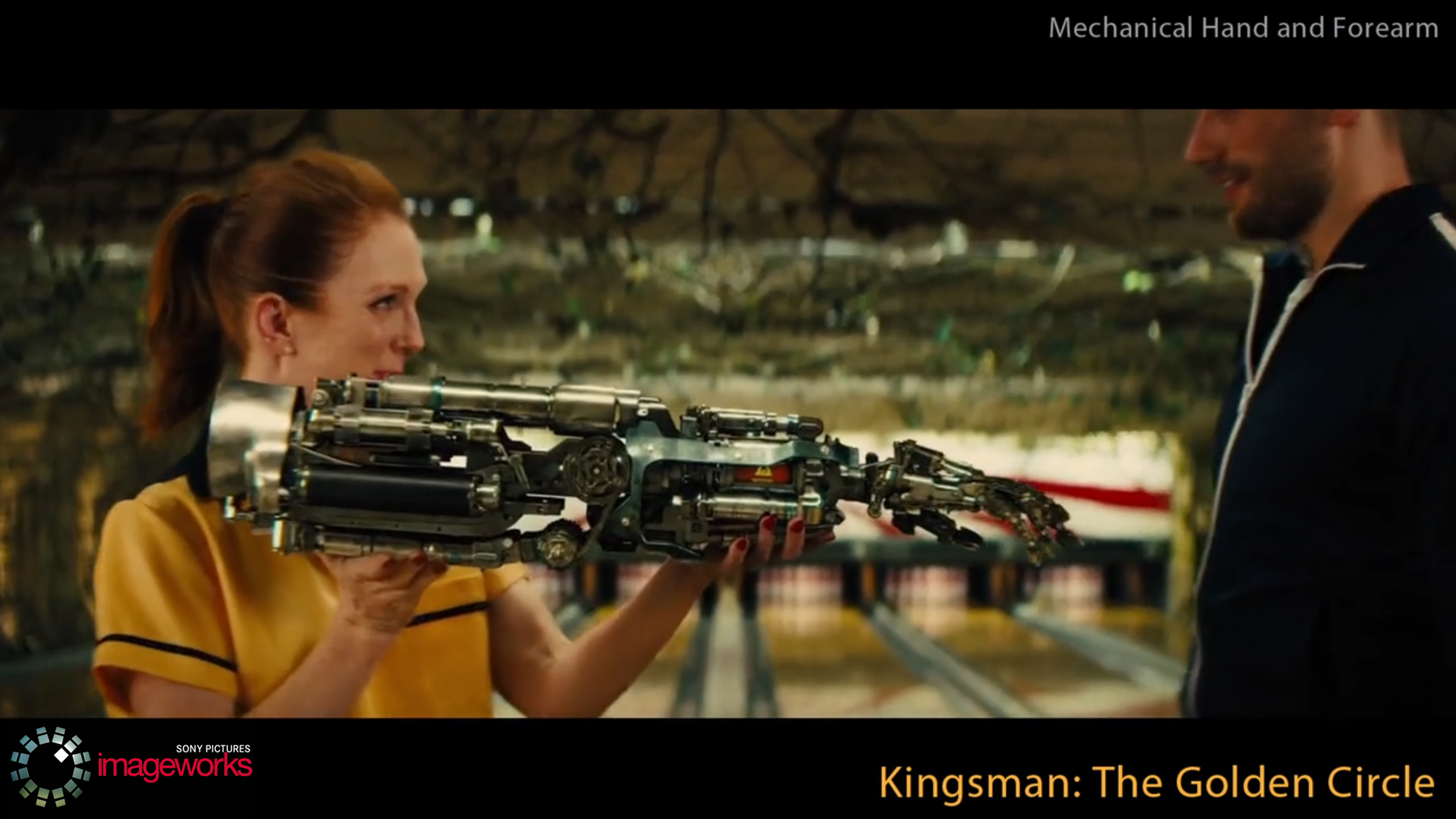 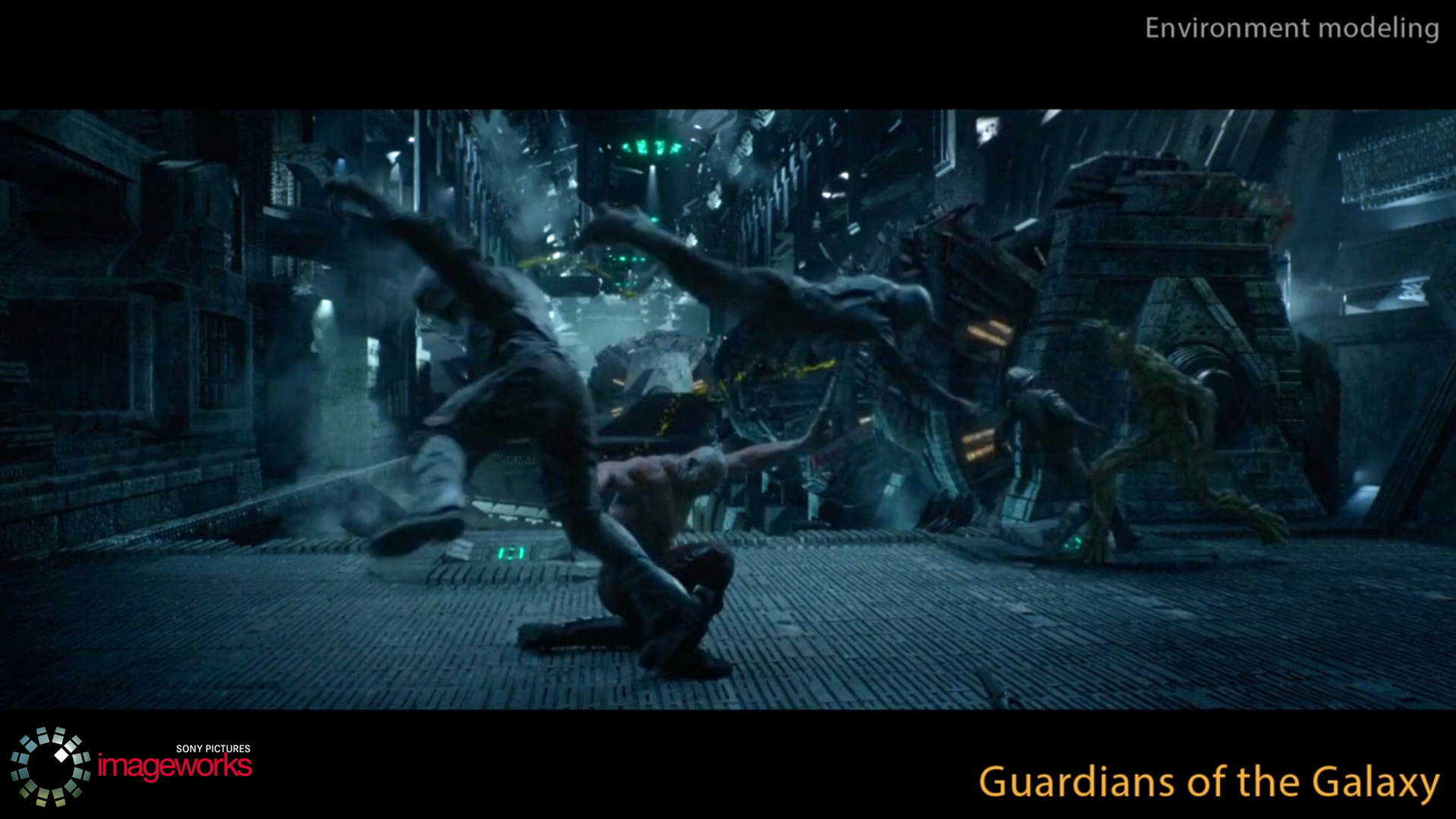 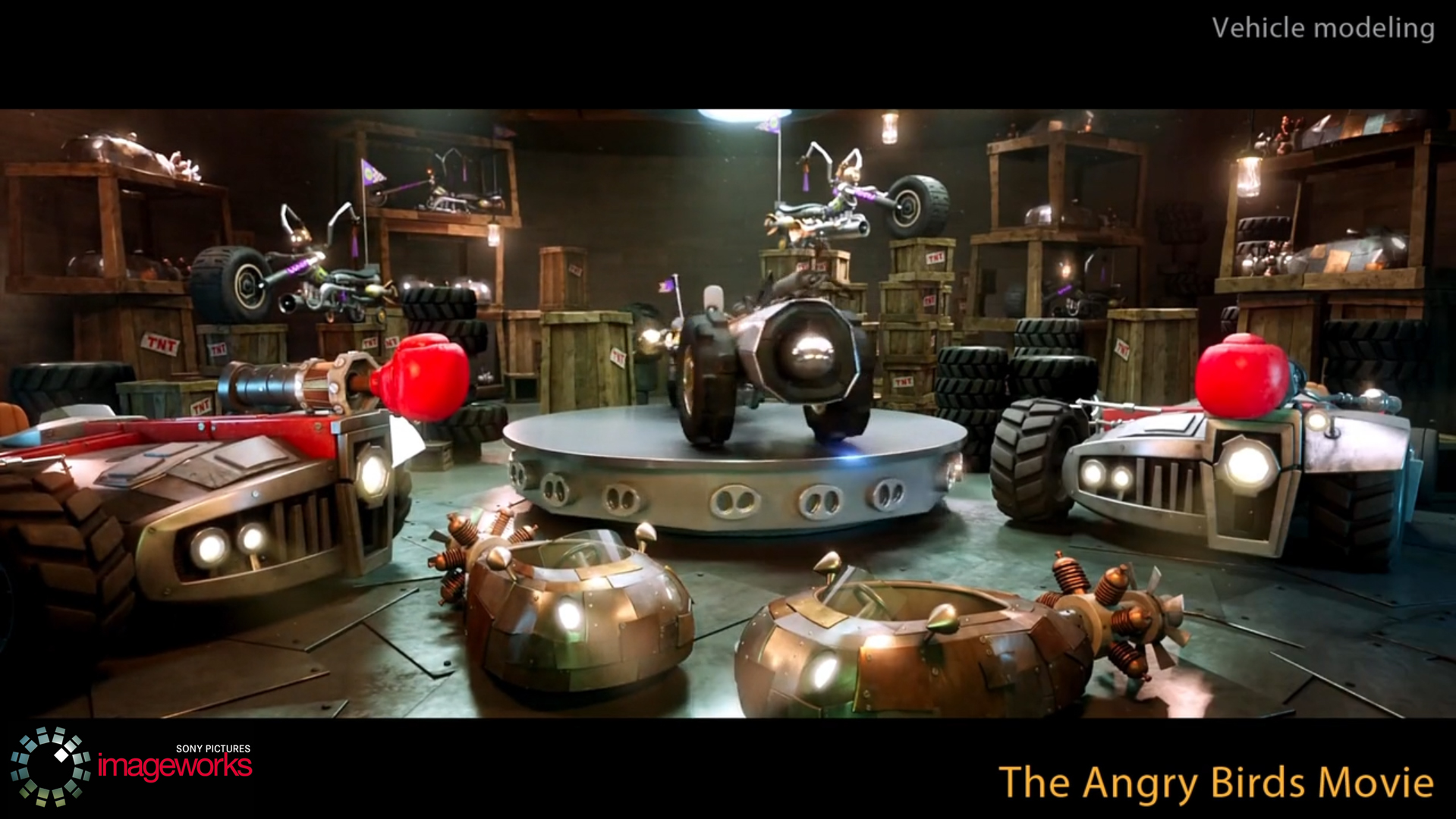 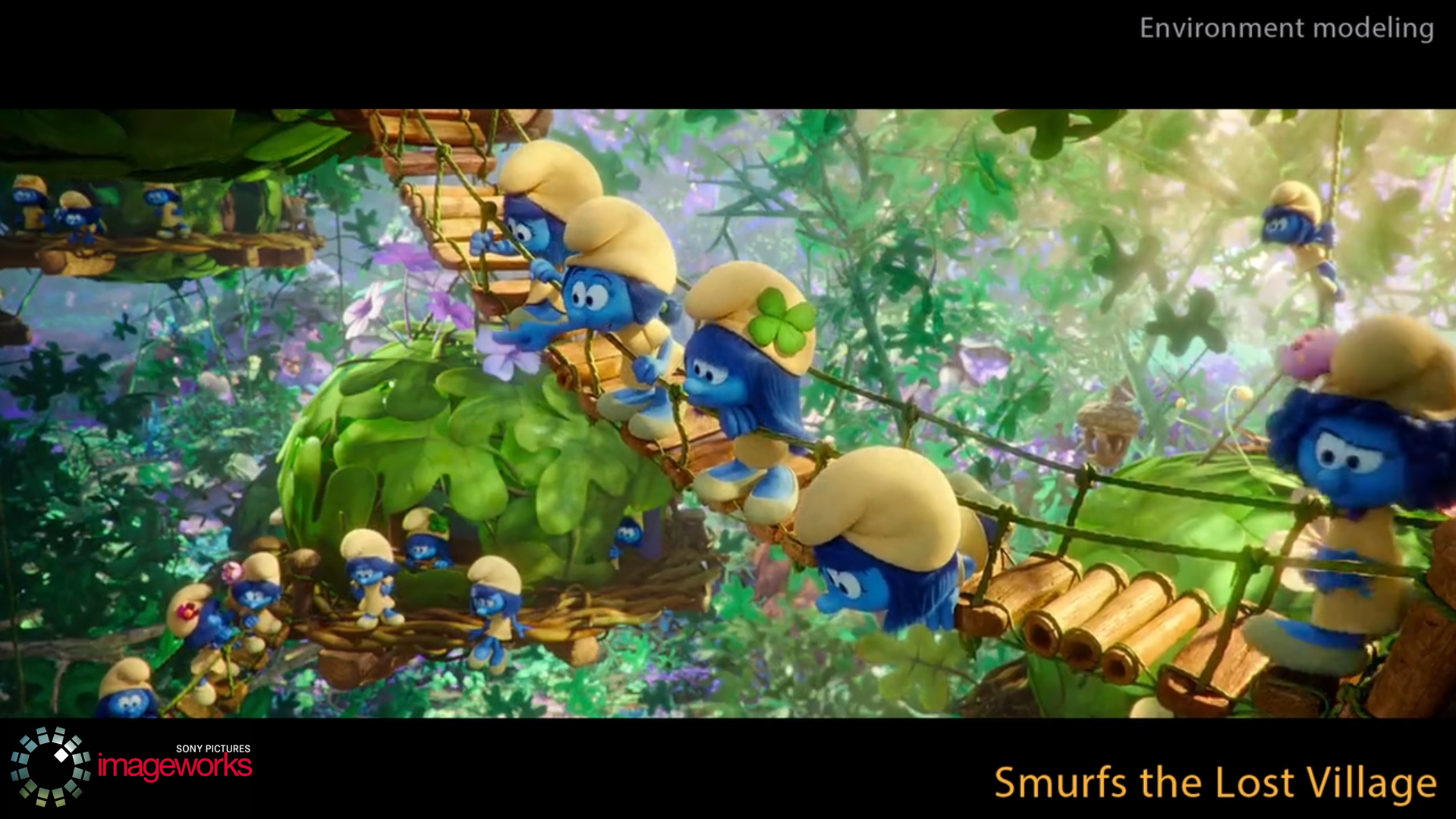