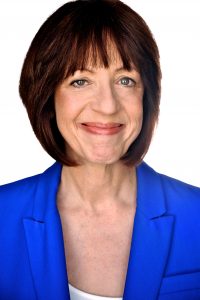 Today we’d like to introduce you to Susan Morgenstern.

Hi Susan, we’re thrilled to have a chance to learn your story today. So, before we get into specifics, maybe you can briefly walk us through how you got to where you are today?
I am the Producing Director at one of the great “hidden gems” in Los Angeles: The Braid, formerly known as Jewish Women’s Theatre. I have the best job of my entire life right NOW, so mine is a story of how anyone at any time in life can find their place in the world, live their passion, fulfill their dreams. Here’s the backstory:

Born in upstate NY, I fell in love with theatre when I was cast as the youngest child in a community theatre production. Shortly after, my family moved to Los Angeles, and I had what is surely a familiar saga to anyone who knows an actor – starting with numerous “triumphs” and accolades performing in school plays, continuing through high school and college. After continuing successes in summer repertory theatre and a small professional theatre in Santa Cruz, I felt I was surely Broadway bound and made the pilgrimage to NYC.

As my pursuit of life upon the wicked stage continued, there were many highs and lows. I supported myself bartending at an infamous preppie hangout, Pedro’s on East 85th St., where I found myself on a nightly stage of sorts with great props and an extremely enthusiastic audience. I like to share the fact that, yes, I really did meet my husband at a bar… but my being the bartender allowed me the pick of the litter. I met Jerry Prendergast, my smart, funny, and kind soulmate, and we’ve been married for 37 action-packed, joyful years. In 1990, since neither his restaurant career nor my acting career was moving forward in a fulfilling way, we decided to head back to Los Angeles — well, “back to L.A.” for me; Jerry likes to say I dragged him kicking and screaming from NYC. I’m happy to report he’s found his niche here as well — but that’s another story.

Years before, in my college years at UC Santa Cruz, besides performing in plays, I had dipped my toe into directing by staging musical theatre concert readings while co-teaching American Musical Comedy with Tom Lehrer. And now back in L.A., my theatre life started to include directing work. In fact, it had been Tom Lehrer who said to me way back in college that while I was a pretty good actress, there were plenty of those — but he thought my real skill was as a director. And over time, I came to realize I did have more to offer as a stage director.

I found that in directing a play, I could actually experience the joyful creation of all the characters, alongside the actual actors inhabiting the roles. I directed numerous plays and musicals in Los Angeles at a variety of theatres — some of the best received included “Saturday Night at Grossinger’s” at Theatre West; “The Psychic” at the Garry Marshall Theatre; “Happy Days, a New Musical” at Cabrillo Music Theatre; “Reasons to Live” at Skylight Theatre. In recent years, I co-wrote and directed “18 Minutes of Fame: A Musical Journey” with Barbara Minkus.

About six years ago, I landed one of the most fun jobs imaginable: I was hired as a consultant show director for Disneyland Parks and Resorts in Anaheim, where I’ve worked with Mickey, Minnie, Crush the Sea Turtle, and many of their Disney pals. With the park’s recent reopening, I’m hoping to I’ll be recalled to do some more work there.

And now I arrive at the best gig of my directing life:

Over nine years ago, I was contacted by Jewish Women’s Theatre’s Artistic Director, Ronda Spinak to direct a show. Ronda had created a bare-bones style of “salon theatre,” consisting of contemporary original stories curated around a theme, such as Forgiveness, Gratitude, Food, Family, written primarily by Jewish writers, ranging from first-timers to well-known authors. Actors performed these shows in people’s homes (“salons”) and in synagogues, Jewish Community Centers, museums, even at a prison. The focus of these original shows was on the text, the stories themselves. Actors sat on stools throughout the shows and generally stood and came forward to read the stories without sets, costumes, or props.

After I directed a few JWT shows, Ronda and I found we had a unique collaborative chemistry that allowed us to work together in rehearsals. Ronda’s focus is on the text as we craft the performance. She and a literary team also work closely with the writers; we don’t change their words without their collaboration and approval. Ronda has a great gift of curating the stories so that they range from poignant to hilarious, with each personal story relating to the theme from a unique perspective. What I bring to the table are some skills at eliciting the best performance from each individual actor. I also add some minimalistic and specific staging to give the show its flow and some theatricality. This has evolved into The Braid’s signature style, its unique “brand.” The stories aren’t simply told or narrated, like at a storytelling event, but are fully performed in front of the audience. Of course, this requires exceptional actors who can bring the words to life and tell a story as if it is happening in the present moment, making the audience experience both immediate and profoundly personal.

So, while Ronda focuses on text and the lineup order of the stories, I concentrate on the actors, assisting them in delivering the most powerful possible performance. And over the years, we’ve grown together as practically a single directing entity; she astutely observes and advises when an actor’s emotional moment may need strengthening, and I freely suggest text edits that will either clarify the story or simply make the language easier for an actor to say. We are creative partners in every sense of that phrase.

Additionally, there was my own “Jewish journey.” When Ronda first contacted me, I wondered how I, having grown up in a very secular, non-religious home, could possibly fit into an organization calling itself “Jewish Women’s Theatre.” (I had always told people that the theatre was my temple.). However, I saw that the company was not focused on religion but told stories reflecting values that felt very familiar. While often told through a Jewish lens, these stories are universally relatable — so much so, that eventually the name “Jewish Women’s Theatre” proved too limiting, as men, along with people from all faiths (or none!) laughed and cried at the performances and subscribed to our theatre. In 2020, the organization rebranded itself as The Braid, the name of our former performance space in Santa Monica.

Some of the stories referenced Jewish specifics, and the more shows I directed, the more I learned, and also discovered how much I had retained from a minimal childhood Sunday School education. Those songs were so familiar! And so were some of those rituals! And I ultimately realized that so much of what I felt was truly important in my life – arts, education, social justice, embracing of other cultures and people – were, in fact, my Jewish values. I found both an artistic home and a community of like-minded people.

Over the last nine years, I have directed many of The Braid’s signature salon shows, including shows about Jewish people from other parts of the world. Notable among these are “Chutzpah & Salsa,” about our Latinx brothers and sisters; “Exile: Kisses on Both Cheeks,” featuring stories written by and about Sephardic Jews; “More Courage,” in partnership with NuRoots, featuring stories written by both Muslims and Jews; and our 2019 hit, “True Colors,” by and about Jews of Color. I’ve also directed some of our fully produced one-person shows, including “Annie Korzen: Famous Actress” (Annie is now a star on TikTok!) and the Ovation Recommended “Sacred Resistance,” written and performed by Vicki Juditz.

Of course, the world changed for all of us in 2020, during the pandemic. The Braid pivoted quickly and began delivering individual stories online, and ultimately, we presented our full season on Zoom. Our performance style was well suited to this medium, as actors could “live” the stories directly into the camera, making the audience experience even more intimate and personal. We used the technology to enhance the stories with music and a photo provided by the writer which related to that specific story. Our audience expanded — we are now able to reach communities all over the country and even around the world.

And with the world beginning to show signs of future live theatre, it is evident that we will now be doing both live shows and online shows, enabling us to reach a much larger audience.

My directing work at The Braid has become the most meaningful work of my theatrical life. I find myself working with a group of brilliant and passionately creative people on a daily basis while also informing and illuminating my Jewish self. And that gives me NACHES! *

Would you say it’s been a smooth road, and if not what are some of the biggest challenges you’ve faced along the way?
Everyone in LA knows the numerous obstacles and challenges in striving for a life in the theatre. As a young actor, I believed my obstacles were physical — to this day, the body-shaming around being an actor is appalling. And the stories of “I almost got that one” add up over time.

But very slowly, I’ve come to learn that the real challenge is refining one’s definition of “success.”

It took a long time for me to understand that it wasn’t about earning money, or having name recognition, or even making it onto a Broadway stage. (That was a hard one to let go of.).

Many years ago, when my mother was still alive, we had a conversation about feeling purpose-less. Why are we here? My mother was someone who charmed everyone — she genuinely cared about people, about knowing their names, about making them feel valued. It was her superpower. And in a challenging period for both of us, I found myself telling her that perhaps she and I were put on this earth simply to bring joy to others. That if I could bring as much joy to people as she did, I would feel successful.

I work hard now on acknowledging my success. Every time I make a person feel something in a theatre, whether as an actor or a director, I am a success. And beyond my theatre life, I am a successful human being, physically, emotionally, fully. I think I’ve brought some joy to people’s lives.

Appreciate you sharing that. What else should we know about what you do?
2014 – present (hoping to return!) Show Director at Walt Disney Parks and Resorts, Anaheim

What’s next?
I’m happy to say that I see a long future for The Braid, my artistic home and family. Currently, and for the last five years, I have been mentoring the directors in our emerging artist’s fellowship, NEXT@The Braid. I hope my legacy will be the continuing tradition of touching people’s hearts and minds with the stories we tell. 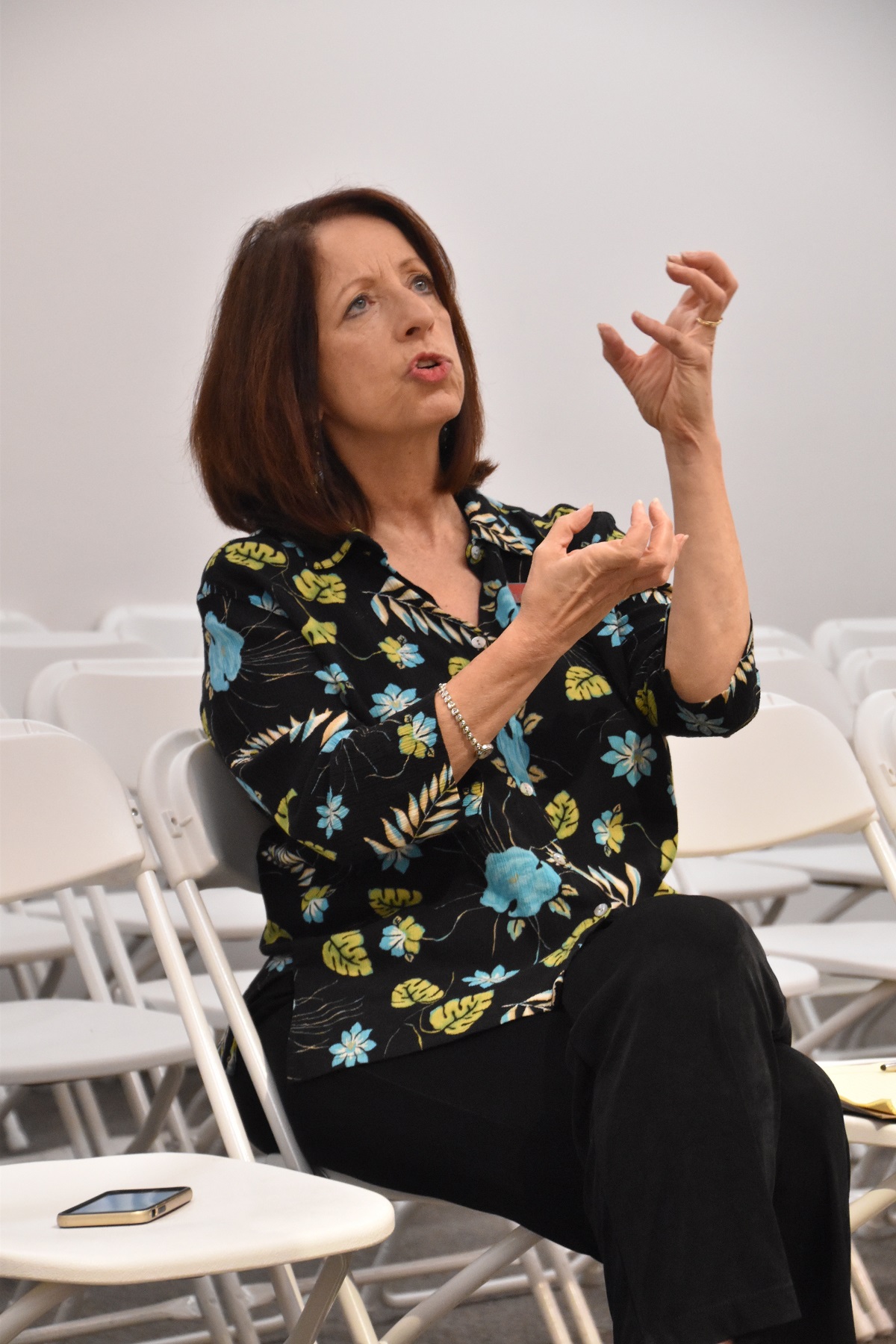 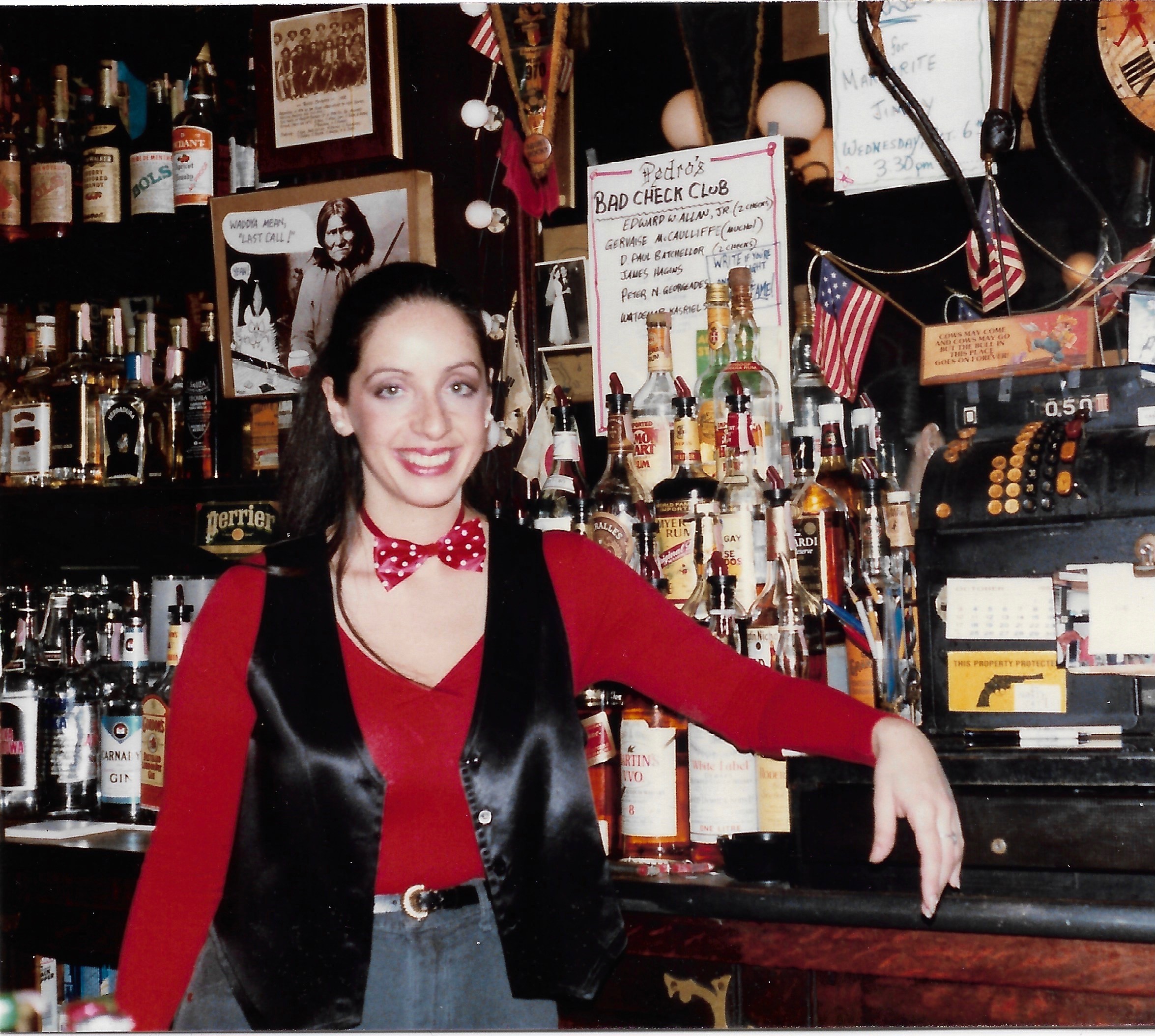 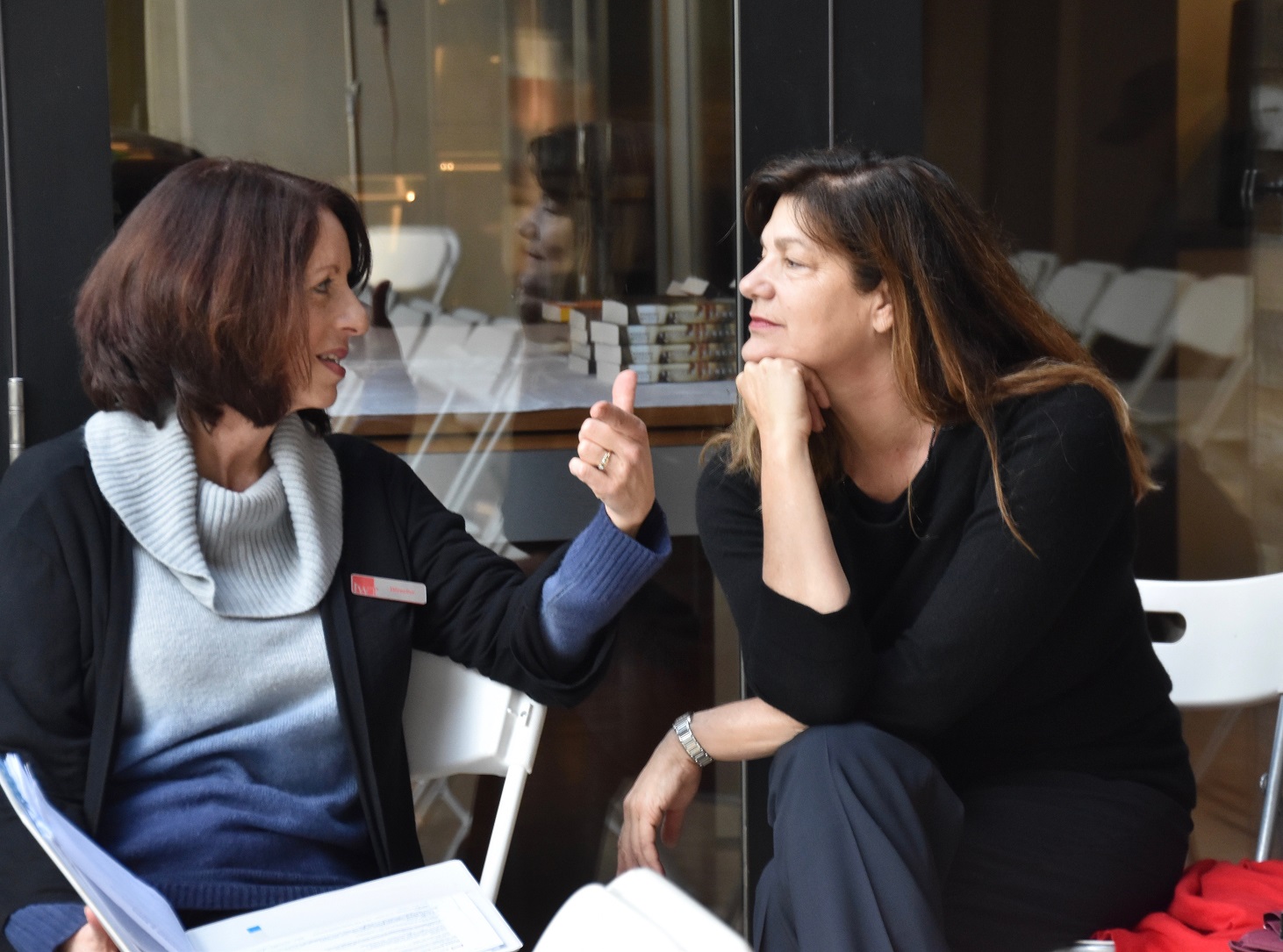 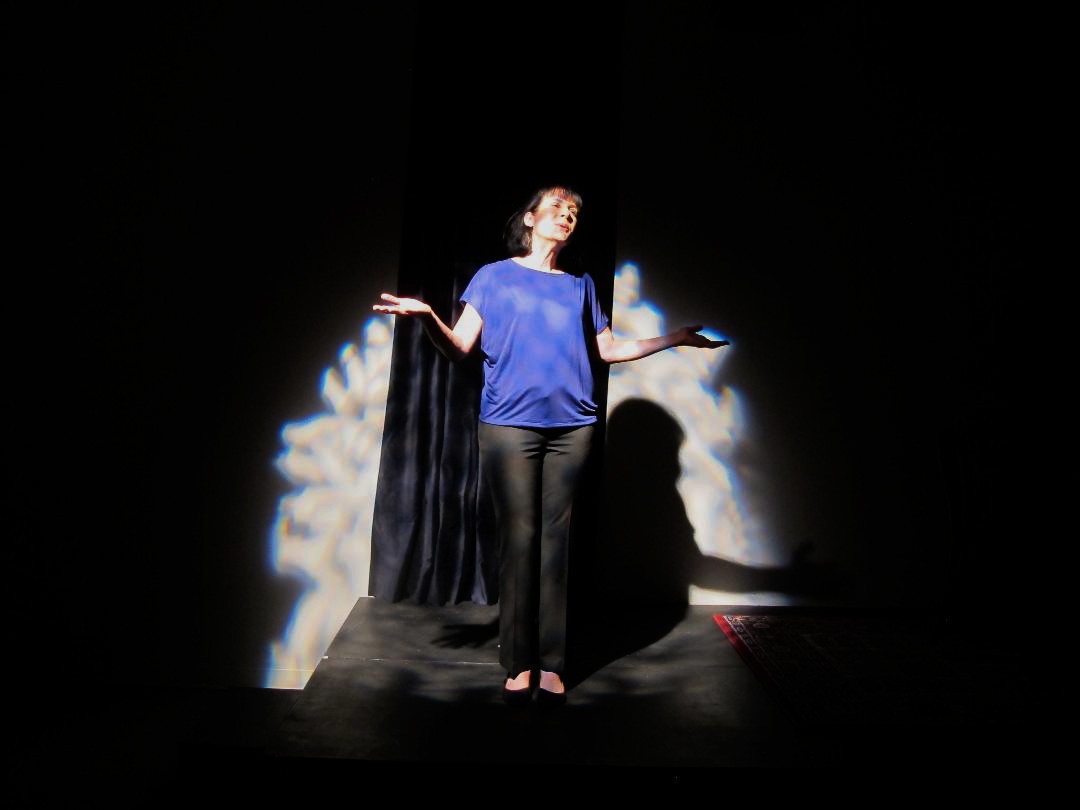 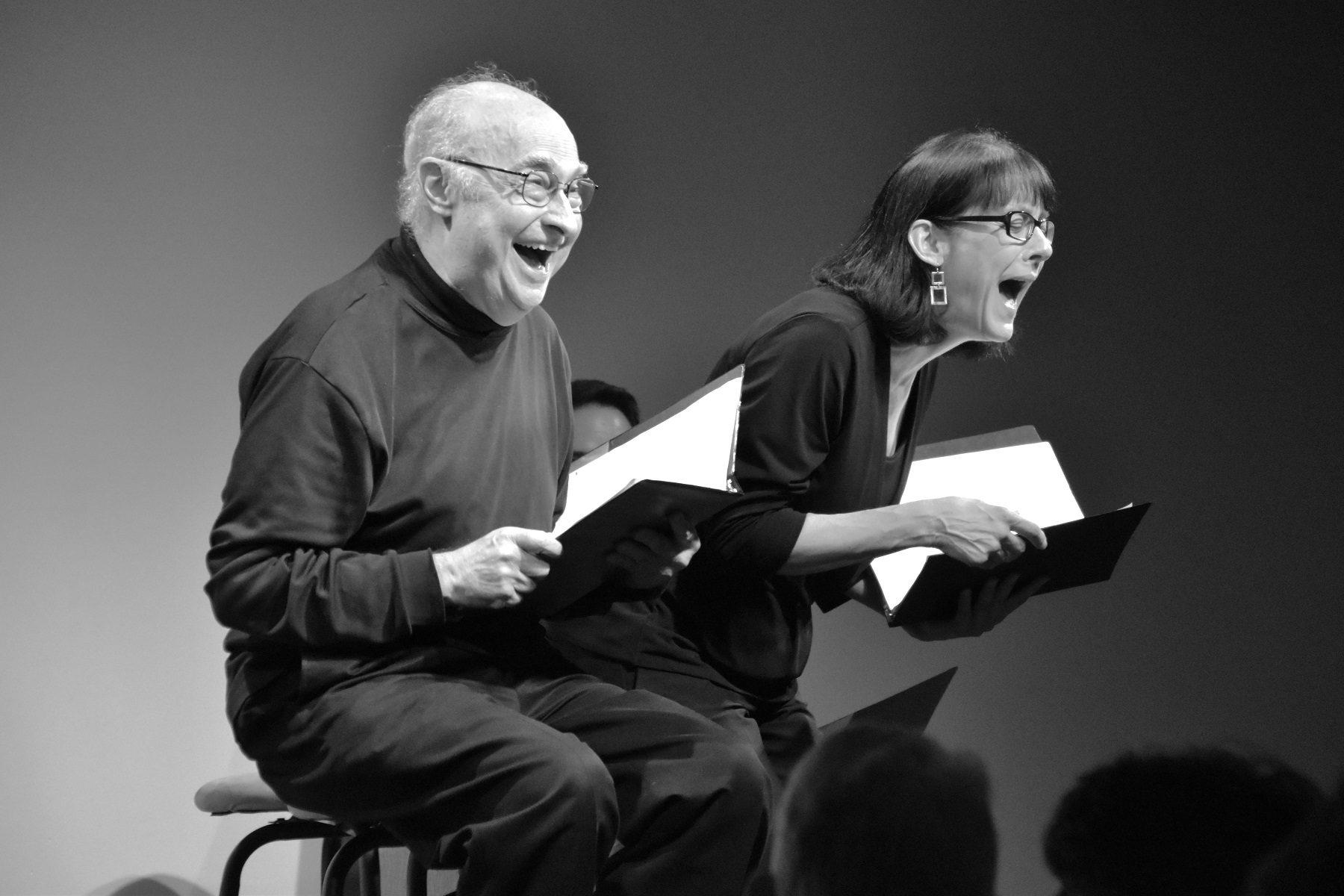 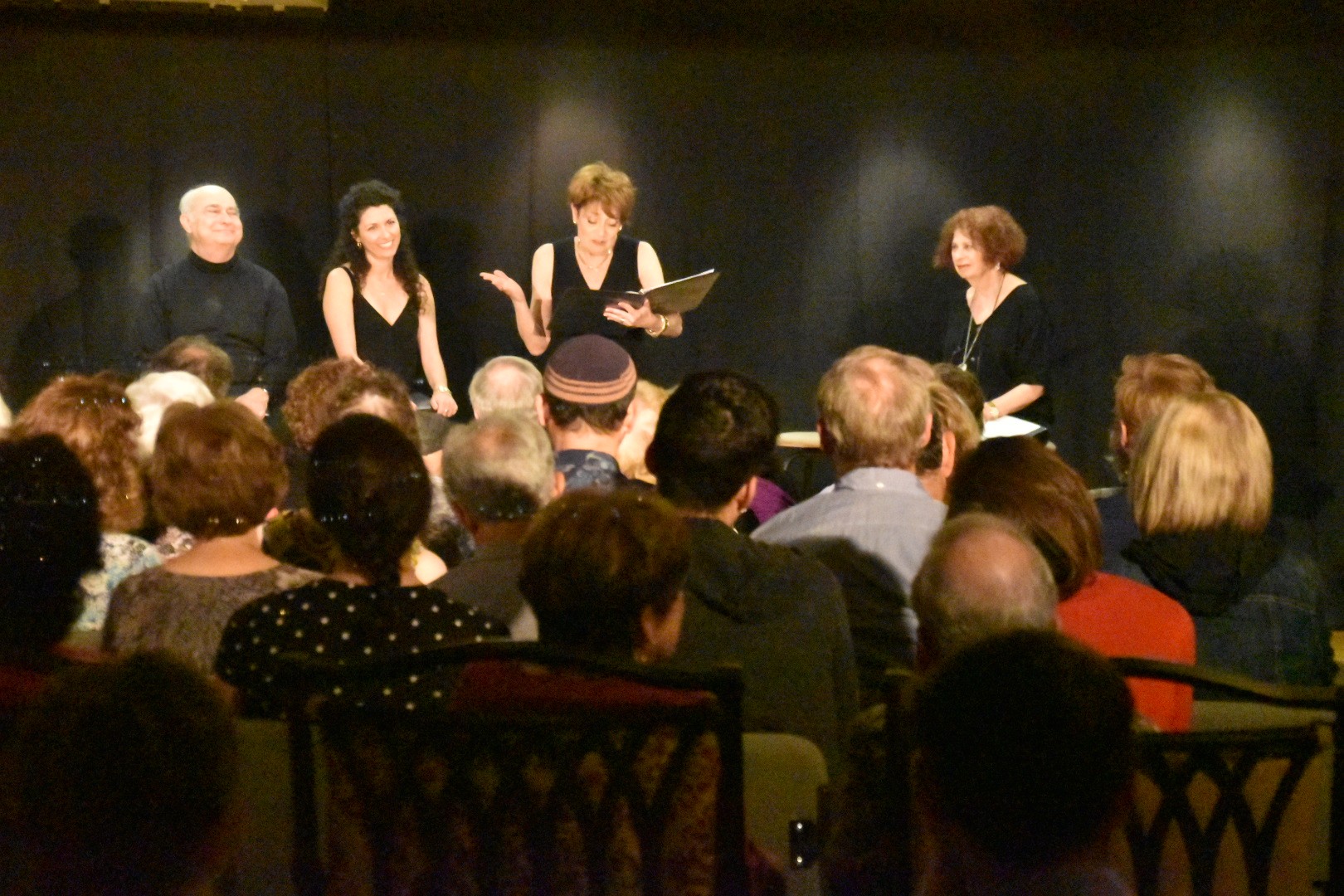 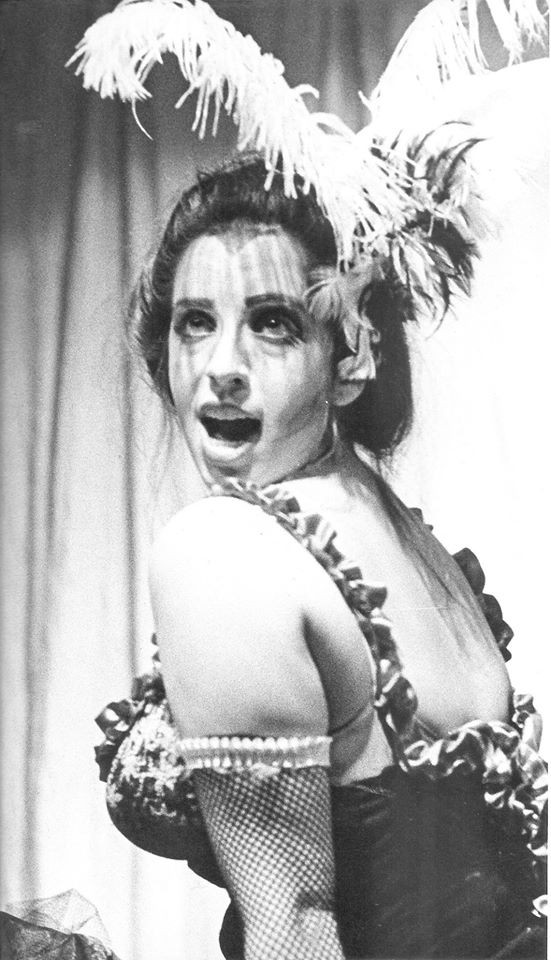 Susan as “Hope” in “Dracula, A Musical Nightmare” (personal photo) 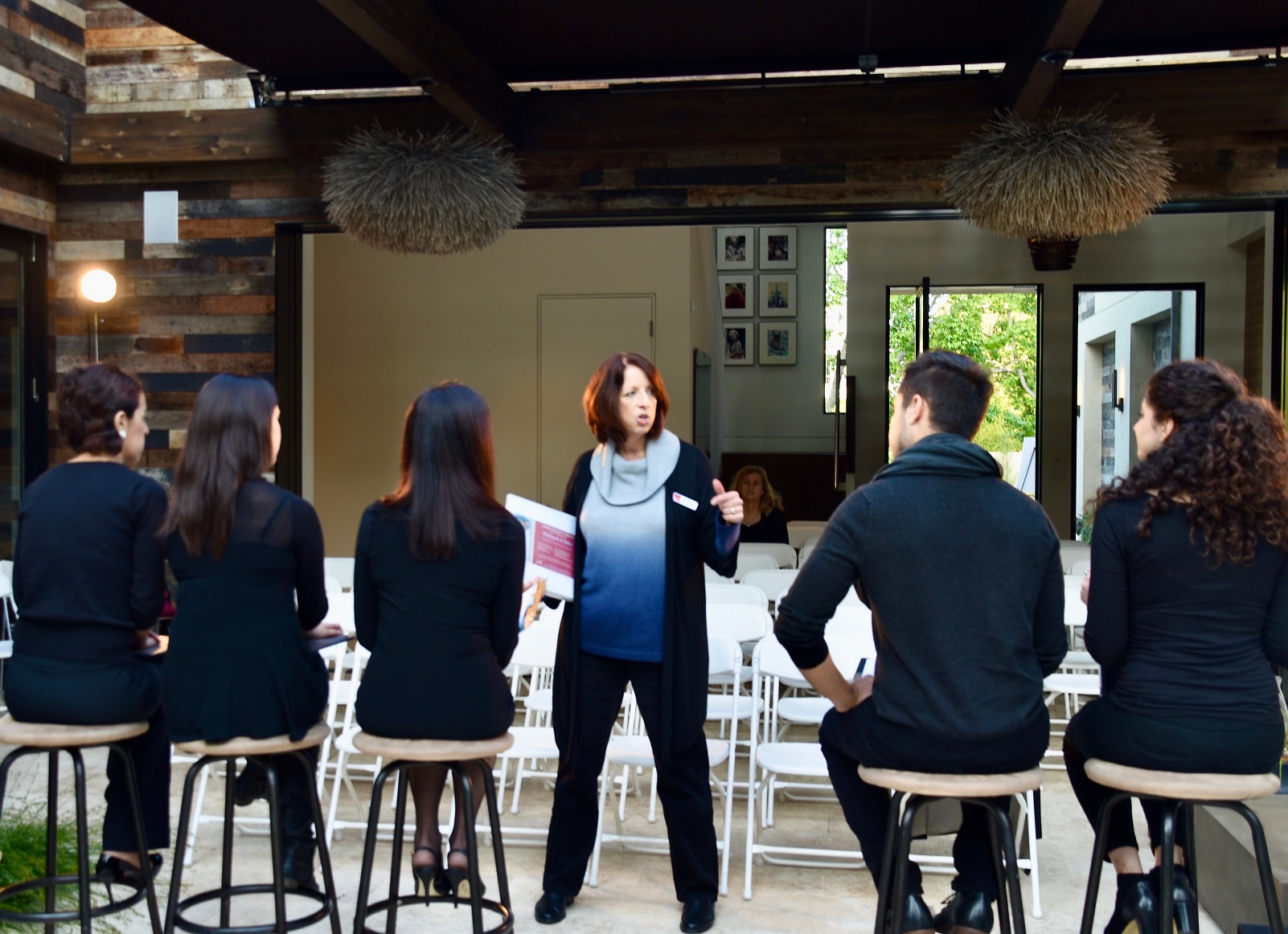