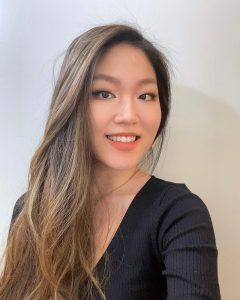 Today we’d like to introduce you to Soyeon Yoo.

Hi Soyeon, please kick things off for us with an introduction to yourself and your story.
I’m a Character Designer and Visual Development Artist based in LA. I grew up in Seongnam, Gyeonggi-do, South Korea and I moved to the US to go to college back in 2011. I have been always drawing, watching cartoons and anime and I started pursuing my dream as an artist since I was a kid. I was a very introverted child and I remember the only time I felt confident was when I was doing arts and crafts or drawing. As I grew up, I found out there’s artists working in the animation industry and I have wanted to be an artist in animation ever since then. When I was in high school, Pixar held an exhibit of its artwork in Korea which blew my mind and I decided to pursue my dream in the States. I wanted to be an artist who contributes to those amazing animated films to inspire people. I studied character animation at the California Institute of the Arts. For the past few years after I graduated, I have worked with various studios such as DreamWorks Animation Television, Six Point Harness, Wild Canary Animation, Crunchyroll, Studio Mir., and others in various roles such as Character Designer, Prop Designer, Visual Development Artist, storyboard revisionist, and Storybook artist. Currently, I am working as a Character Designer at Disney Television Animation on an upcoming animated series, Hailey’s On it!.

Would you say it’s been a smooth road, and if not what are some of the biggest challenges you’ve faced along the way?
When I was in middle school, I went to an art academy to prepare for the nationwide entrance exam into animation high school. There were about 40 other kids in my class alone who also wanted to get accepted into the school and it was in an extremely competitive environment. I did not pass, and it was then that I fully understood just how many other amazing and talented artists there were in the world. It was extremely humbling and one of the biggest disappointments of my young life. It even made me insecure about my own abilities, and I was doubting if the animation was the right career path for me to pursue. I ultimately went to a different school to prepare for the entrance exams into an art university, hoping to be accepted into one of their visual design or animation programs. Even though I was enjoying the learning and preparation process for the entrance exam, the test is all about memorizing and school scores more than creativity due to the standardized system in Korea. I was frustrated by that and I discovered that this is not what I wanted, so I decided to study abroad in the states majoring in animation. I was not familiar with communicating in English, so attending the first year of college was challenging as well. Landing my first job in animation after graduation was also full of pressure because I needed employment in order to transfer from a student visa to a work visa. Luckily, I was able to get a job almost right after I graduated. Searching for a job and dealing with visas at the same time for years as an international worker is still challenging. Also, a lack of confidence constantly gives me imposter syndrome, so I work extra hours to make up for it. I am, however, trying to improve that about myself and understand that art is always a process of self-discovery, and I am very lucky to be surrounded by my friends and family who love and support me unconditionally.

Thanks for sharing that. So, maybe next you can tell us a bit more about your work?
I mostly do character designs for animated films and shows. Usually, I work based on character descriptions and scripts, but sometimes, if I’m lucky, I get to create from scratch. And I also provide additional information/references such as turnarounds, expression charts, and pose sheets. Sometimes, I will design props and backgrounds for the project as a visual development artist. The most recent released show I’ve worked on is Tig Notaro’s fully animated stand-up comedy special, Tig Notaro: Drawn. I am particularly proud of my work here because I designed ‘stage Tig’, the main character who’s on stage throughout the special telling jokes. Also, I worked as a visual development artist for different segments by providing original background designs and prop designs for various scenes.

I would say one of my strengths that sets me apart from others is I my ability to easily adapt to different styles. Because I hopped on to lots of different projects, I have been having great opportunities to work and learn in various styles.

How do you think about luck?
It was unlucky that I didn’t get into the animation high school I wanted to at first in South Korea, but that ultimately drove me to push myself beyond what I thought I was capable of. A lot of the industry boils down to ‘right place right time,’ I think, but hard work will usually place you on the right path. I have been very lucky to have met so many amazing people during my career who have not only taken me under their wing but also created safe, fun, and rewarding experiences. If you’re reading this, and you’re in a rut at the moment, just know that perseverance will eventually turn your luck around. 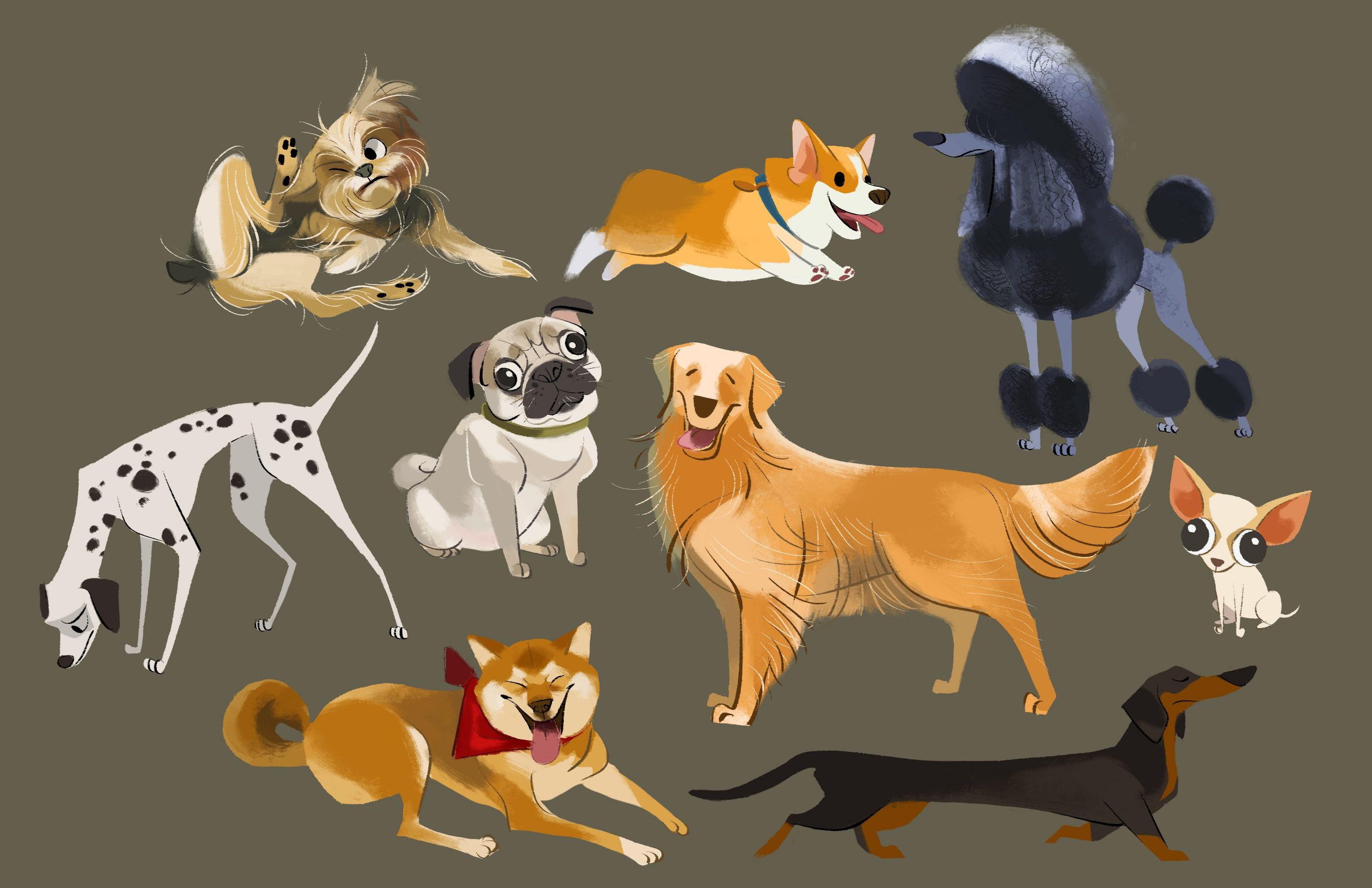 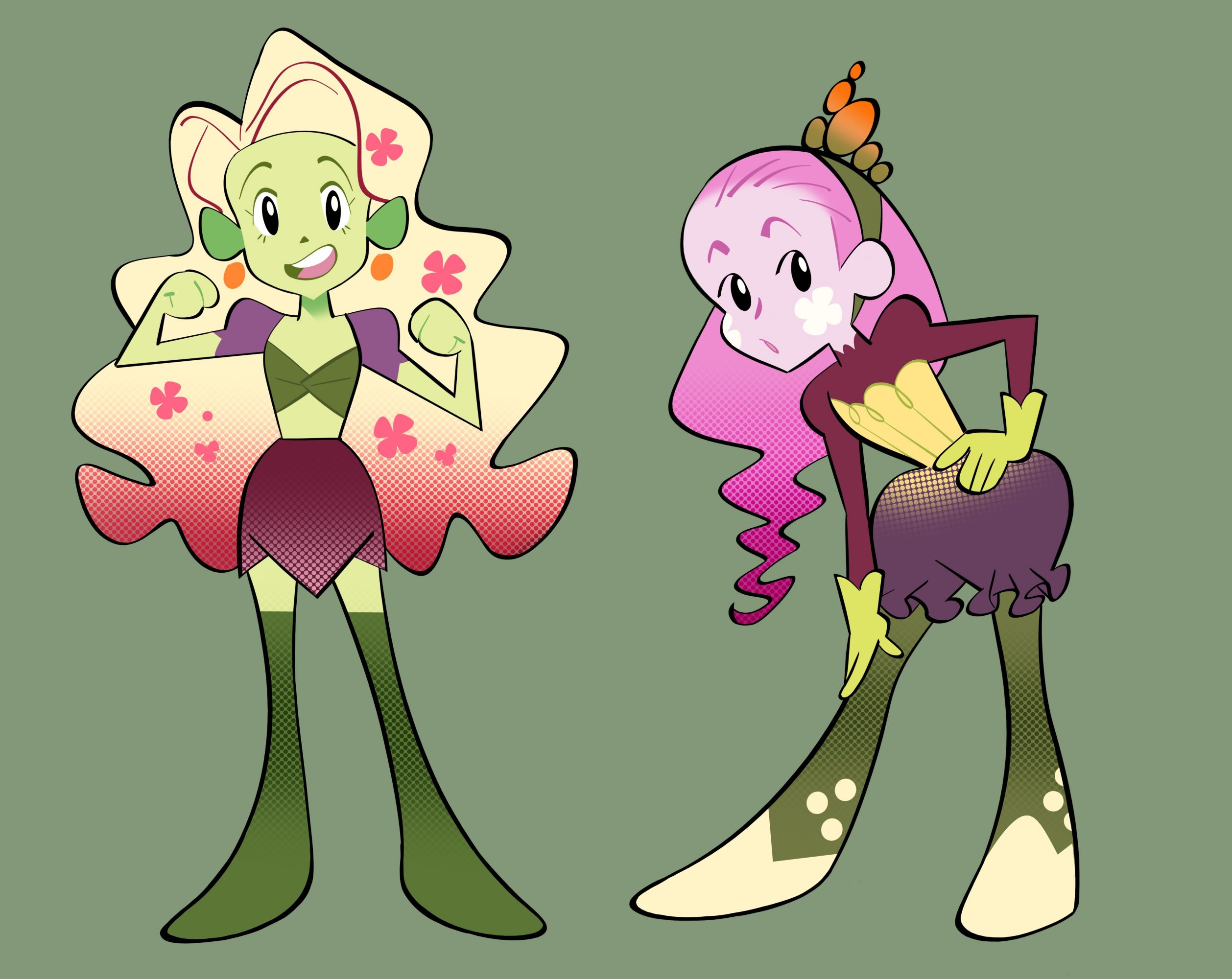 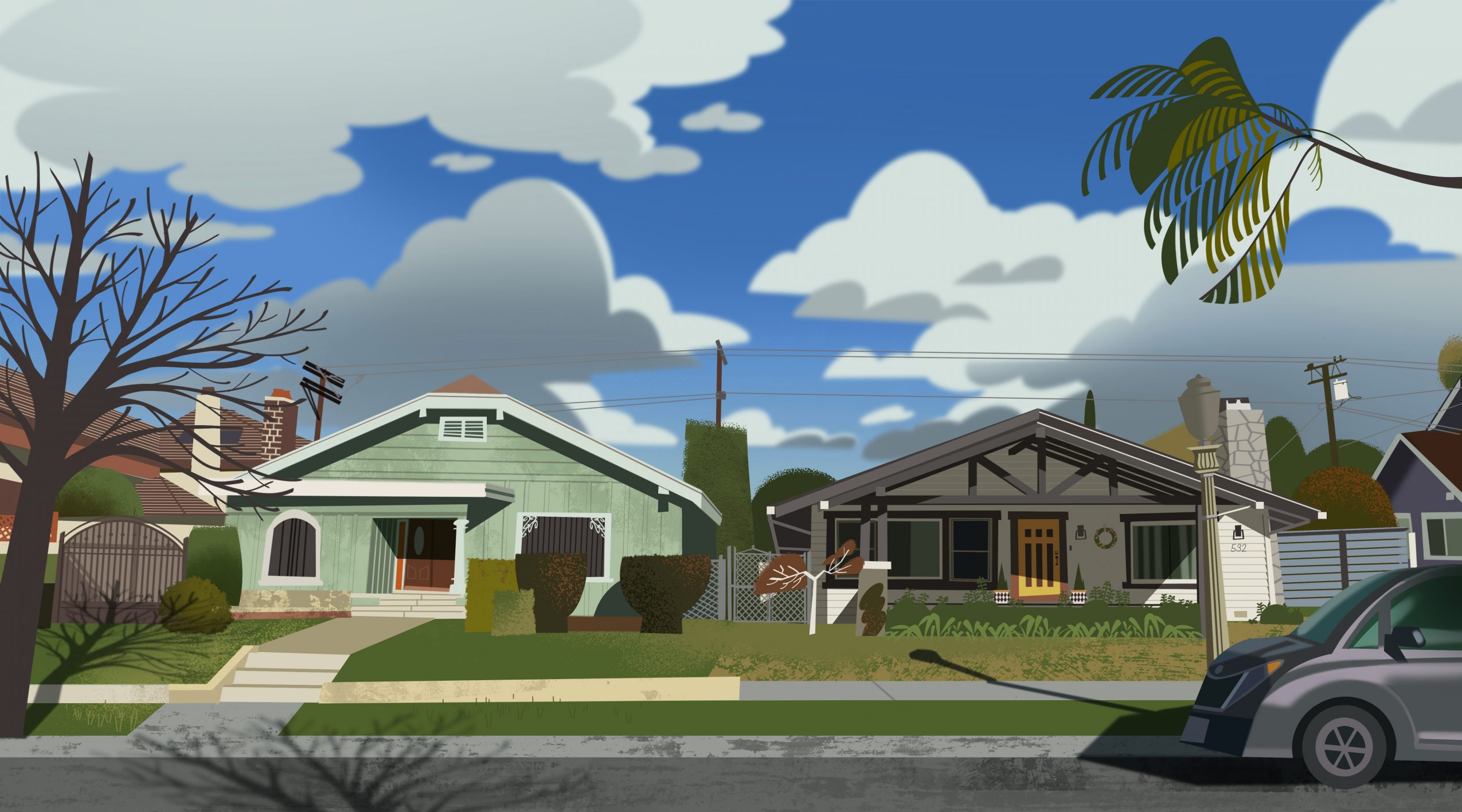 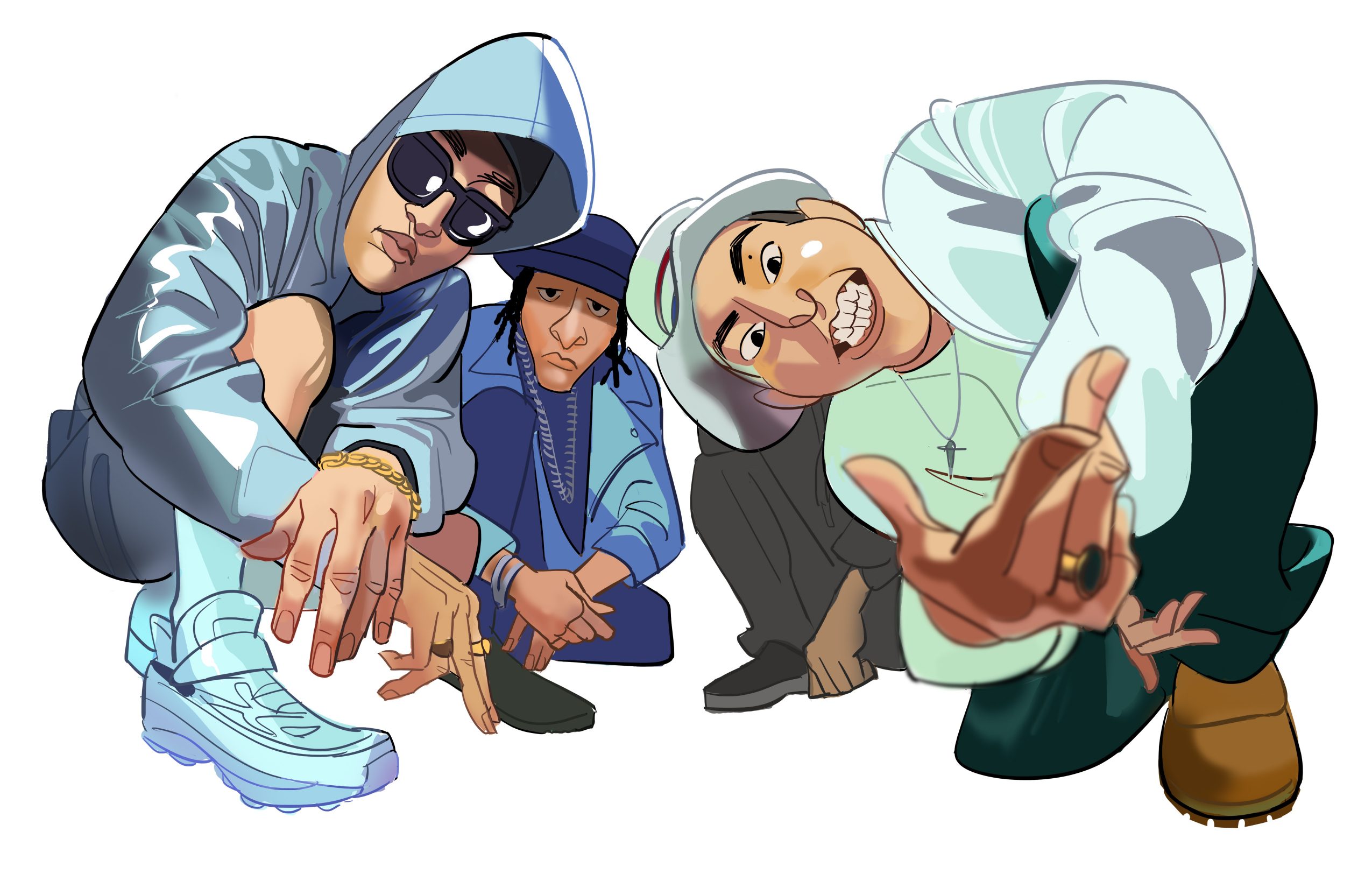 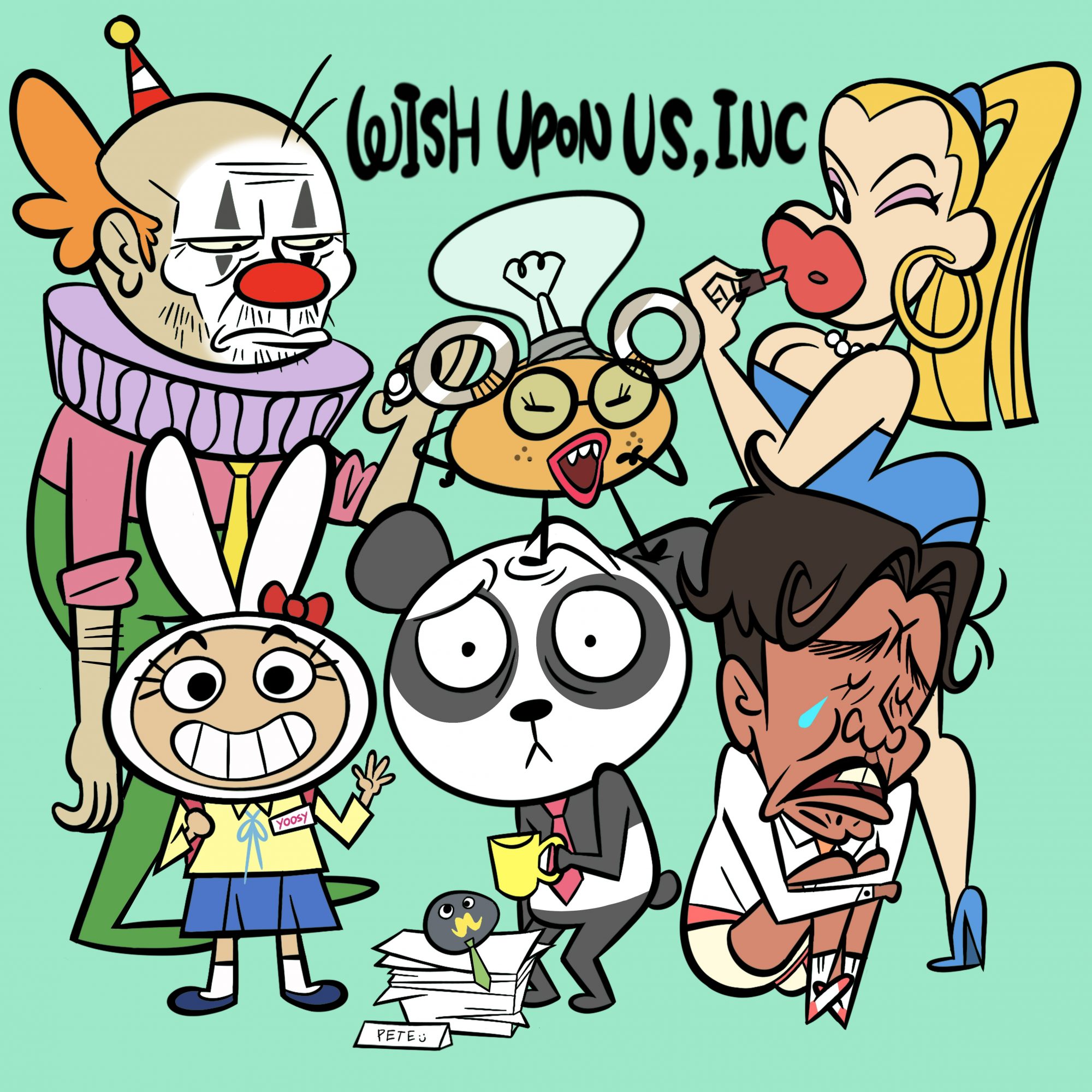