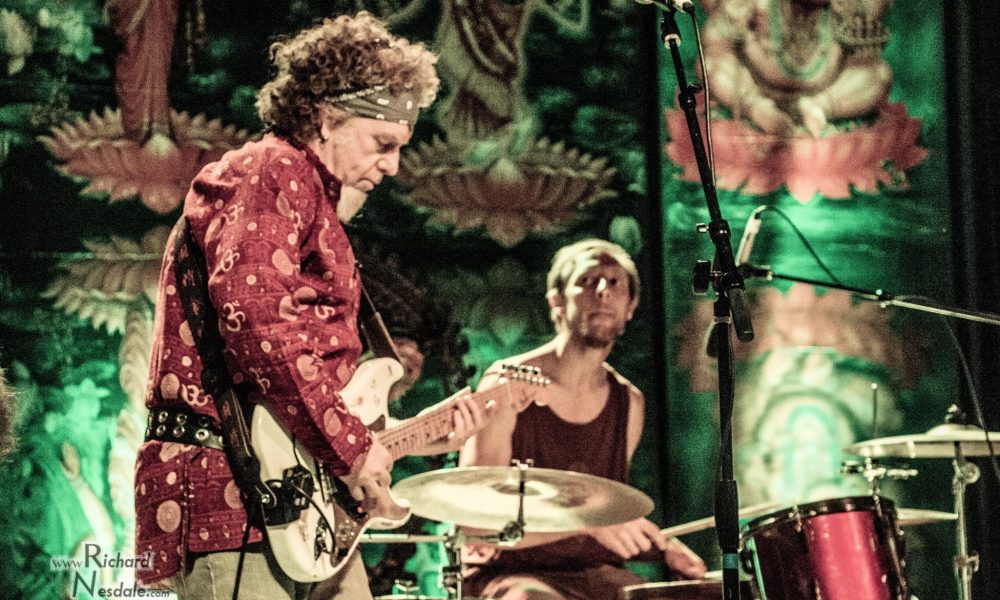 Today we’d like to introduce you to Robbi Robb.

Hi Robbi, so excited to have you on the platform. So before we get into questions about your work-life, maybe you can bring our readers up to speed on your story and how you got to where you are today?
I arrived in Los Angeles from South Africa June 1986 on a hot muggy day. A safe house had been set up for us in Hollywood right next to the 101 freeway a couple of blocks north of the Hollywood Blvd just east of the Hollywood Bowl. Seeing our guitars and keyboards the driver thought he would offer some information “over 175 000″ musicians in Los Angeles come from all over the world. Yea, Los Angeles, capital of the entertainment industry ” The thing about becoming an immigrant, forced into exile there is an amputation that takes place deep in the psyche or the emotional body. And just like an amputee suffers phantom itching in the missing limb – over the years, I have felt this itching in my soul. Something was missing. We checked out some of the bands in LA and the conclusion was it was the same four guys that were playing in all the bands, they all looked the same and sounded the same, down on the sunset strip that is.

We very quickly got a publishing deal with Screen Gems and they had a great little recording studio where we set up our gear and began writing material for a new album. The word got out quickly. And then the wining and dining started. An A&R guy would come over – take us to dinner, take us to concerts, sit in on rehearsals, and then off to meet his boss. The boss declined. Passed on us and that was the last time the A&R guy was heard from or seen. This was a major part of my culture shock – You see in South Africa the music business was very small and everyone was friends for years, whether we were signed to their label or not – we were friends. I thought the A&R guys in America had become our friends, but then came the realization – nope – it’s the music Business. – I became agitated with the scene. Publisher told us that so and so would sign us but we have to put the drumbeat on the 2 and 4 – I refused of course – I had been designing this world music for many years – I wanted the tribal drumming of my African brothers and the rock guitars of Zeppelin and the touch of Peter Gabriel and Simple Minds. But I didn’t want someone telling me what to do – I got the reputation for being difficult – They brought in songwriters to try help us write a hit. – the whole thing was demeaning and soul-destroying. We decided to do it our own way – I met Bob Johnson who Produced Bob Dylans Blonde on Blonde and he offered to produce an album for us – We chose him because of his insistence that we do it “our own way” – the industry folk around us freaked out and told us it was a mistake to use him.

We used him – we paid for the whole thing ourselves with the intention of releasing a cassette tape and by-pass the record labels and the star maker machinery. I heard Metallica had followed this route. Next thing we get a call from John Zazula from Megaforce records. I told him no thank you, we are not looking for a deal – he promised us that he didn’t need no showcase and that he would release the album as on our cassette just do a better job of mixing it. So I flew out to meet him in New Jersey – it was a great meeting he actually owned my favorite album that was hard to find at the time. Also found out he was the one behind Metallica selling albums out of the trunk of his car. So we signed with them and took the music in with Jim Scott remixing it – Jim Scott is King and still a dear friend to this day. A phone call came in – Pearl Jam wants to take us on tour – couldn’t believe my ears – thought it was a friend messing with me – Four tours later – we were on a roll – the Pearl Jam audience loved us and gave us great support. Did a lovely side project with Jeff Ament bass player of PJ called Three Fish.

After two tours with the three fish, I decided to leave the music business and study the Vina – an Indian stringed instrument. This led to the meeting of my wife Amritakripa. We moved to Joshua tree in the Mojave desert only to find ourselves surrounded by an amazing community of artists, musicians and activists. Kripa and I formed 3rd Ear Experience, a space rock band based on free form improvisation. This flowed naturally because in the desert, it’s tough to describe the silences, the long dirt roads, the strange trees and the big sky. So we seldom have any lyrics and the songs or pieces of music go on for 20 minutes sometimes and really capture the openness of the desert ambiance. Nine albums later, a few tours of Europe and America has placed 3rd Ear Experience at the forefront of the genre.

We all face challenges, but looking back would you describe it as a relatively smooth road?
One of toughest obstacles that got in our way was having four independent labels fold under us as the Corporate Major Labels cut budgets and dropped smaller labels. I sold my publishing to pay for a tour with Pearl Jam because Atlantic records were dropping Megaforce records at the time. These were tough and uncertain times. Also, what made that time difficult was this whole idea that if your music was unique and experimental one would get no support from the industry – Billboard magazine referred to us as “pioneers of world music” in rock. We were using African drum rhythms fused with rock – so we were very unique. Jeff Ament said that we were “pushing the boundaries of rock” while record labels were pushing us to “put the drumbeat on the 2 and 4 and you could be the next u2”. This was terribly frustrating. The struggle between the star maker machinery and following one’s heart became more and more prevalent. Of course, the heart won out, which meant I had to turn my back on the American music business and walk away from it all – and that’s when I moved to the desert to focus on making music that I love.

Thanks for sharing that. So, maybe next you can tell us a bit more about your work?
I am band leader for 3rd Ear Experience an experimental space rock jam band that I formed with my Amritakripa in 2012 as a means of documenting our free jams in beautiful locations around the desert with like-minded musicians. I am most proud of how this music has been accepted around the world and hailed as being at the forefront of the genre. We have released nine albums to international critical acclaim; many of these albums making on the charts of best albums of the year. What sets us apart from most jam bands is that we are a pure jam band meaning unlike other jam bands, we very seldom use traditional song forms to guide the jams. We allow the musicians to be creative in the moment and let the chemistry between the players guide the form of the jam. So what’s really special about our process is that no piece of music can ever be replicated. It happens one time only and if there is no recording of it, then it is lost back into the aethers. 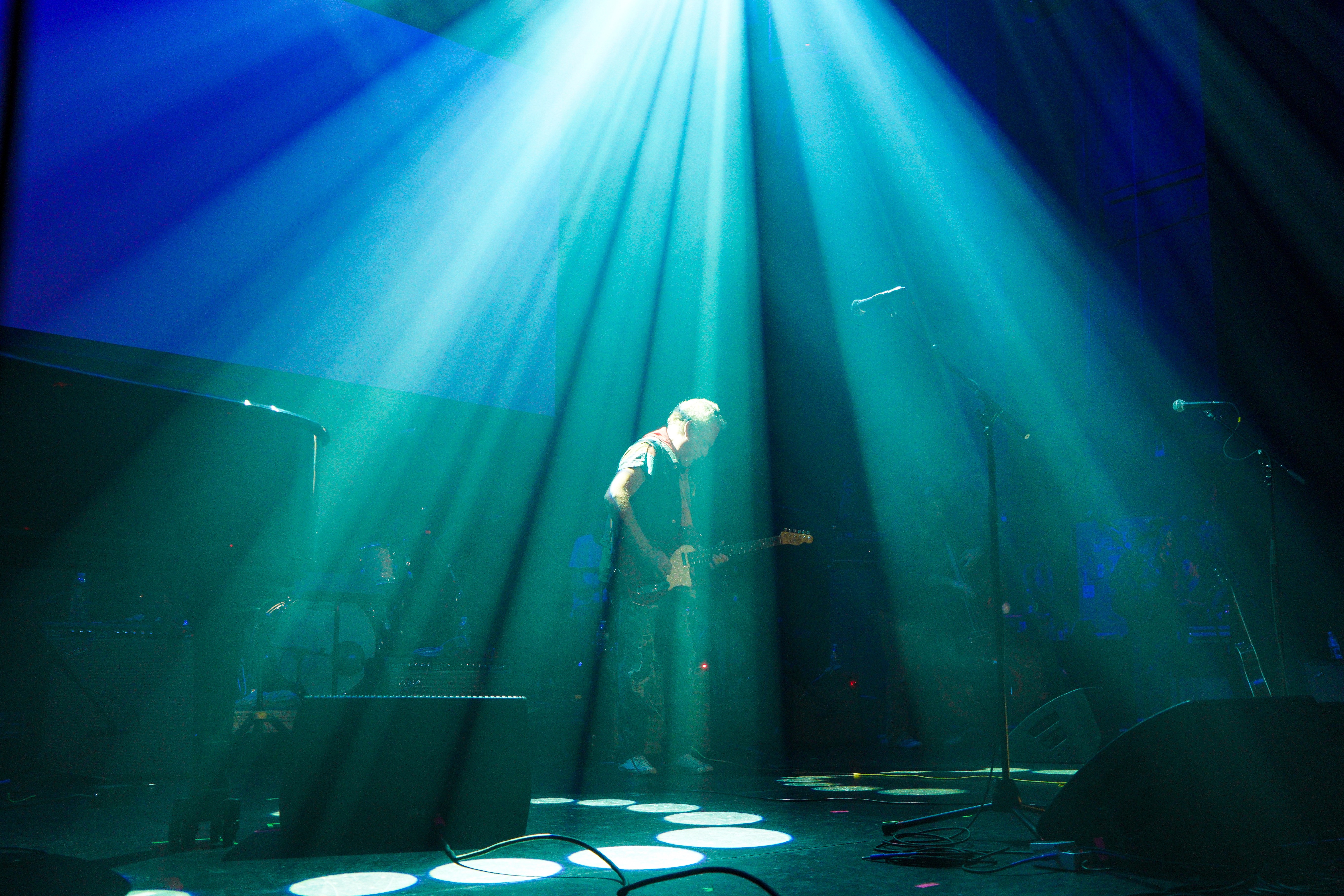 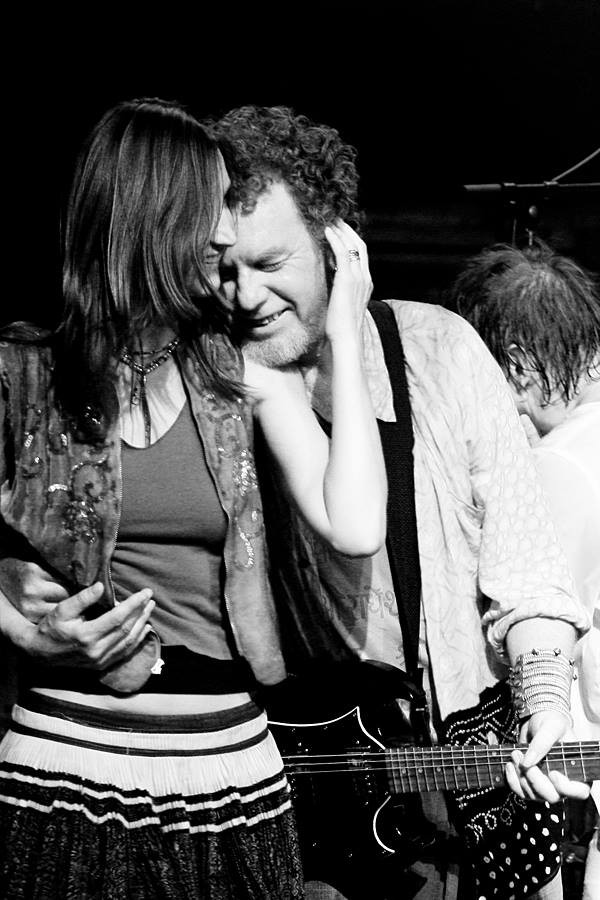 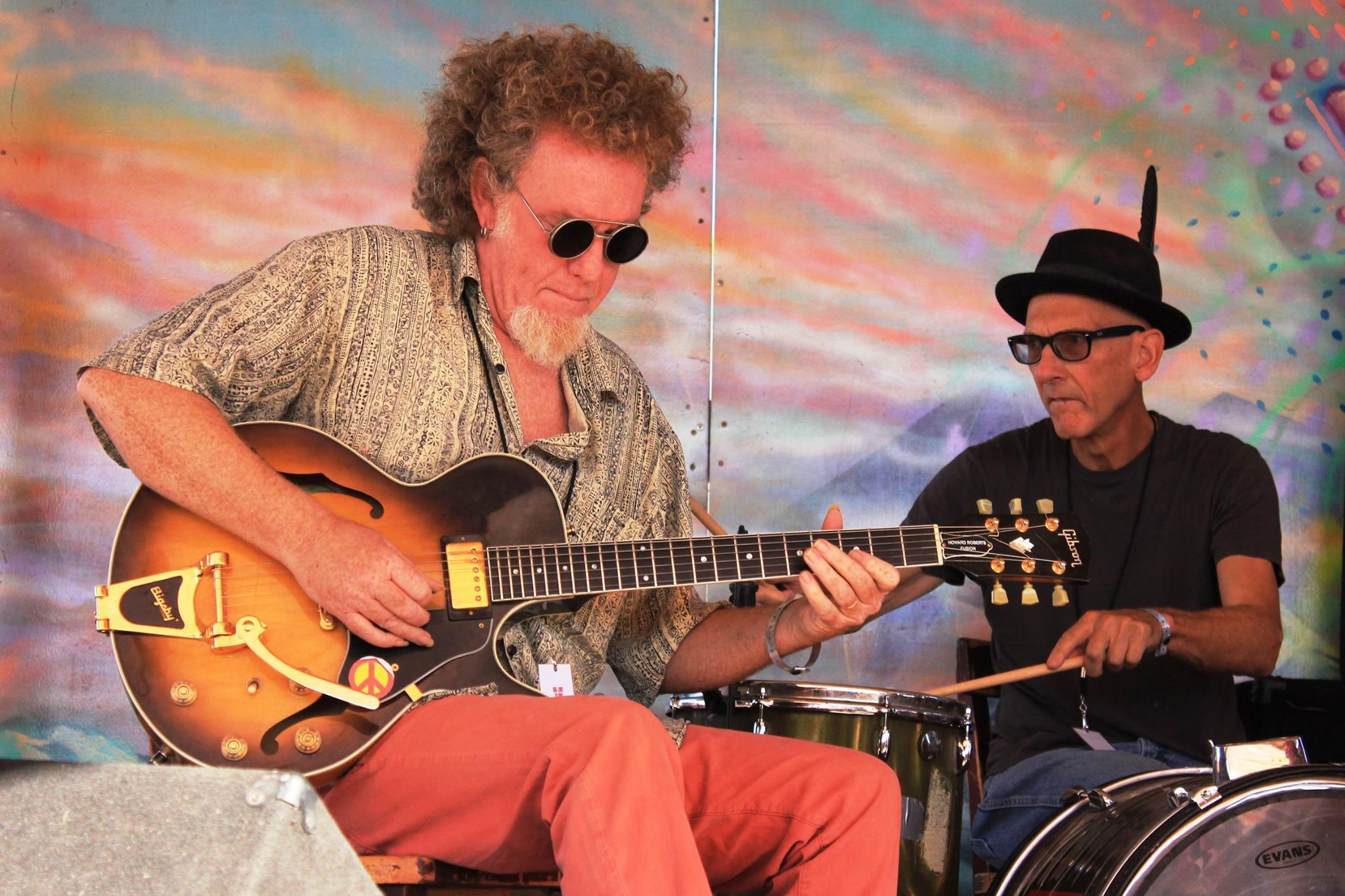