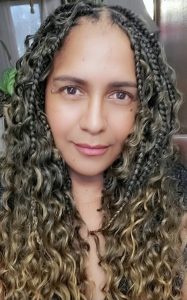 Today we’d like to introduce you to Nicole Draffen.

Hi Nicole, please kick things off for us with an introduction to yourself and your story.
Running plays a lead role in my backstory. I always wanted to travel, but I’m the kind of person who prefers traveling with purpose. Running gave me that purpose and the Snowdonia Marathon in Wales, UK gave me the opportunity. It only took a very short while during that vacation to realize that people did not interact with me in a way that was mindful of the color of my skin. They reacted to me merely because I was American, and of course, that was only when I spoke. To the reader, this concept may sound so simplistic to the point it almost feels non-relevant. However, as an American person of color, it is the most relevant and soul-enriching situation to be in. I was seen as an American, not a Hyphenated-American, and that is a momentous statement. That short vacation led to a year-long exodus living in the United Kingdom.

What led me to write Hyphened-Nation™ harkens to one very well-used saying: “The trouble is that once you see, you can’t unsee it. Once you’ve seen it, keeping quiet, saying nothing becomes as political an act as speaking out. There’s no innocence. Either way, you’re accountable”.

I grew to understand that the world outside of the United States was in many ways more advanced in their treatment of their countrymen. I understood this in a way that I did not understand, and would never have understood, had I not traveled and lived among my global friends. I initially wrote this book to benefit my nieces and nephews to ensure they understood that travel provides you with the opportunity to understand the world with a much broader perspective. I was compelled to write; I couldn’t get my experiences out of my head until I put them on paper.

There are millions of Americans who have an established perspective of what it means to be an American. Some of these same people carry hyphens attached to their nationality. Hyphens carry distinct and disparate connotations, depending on what ethnic background you belong to. Can you imagine what your life would be like if there were no hyphens attached to your nationality. A person would get to know you as a fellow American countryman rather than an other-American. I lived that experience and it was an epiphany. To not live an assumed life is a soul-wrenching experience that I wish for all Americans to enjoy

Don’t Check the Box™ is a grassroots movement that commenced as an inspiration from the subtitle of the book Hyphened-Nation™. The Don’t Check the Box™ movement was launched to bring awareness to the separation of Americans’ nationality via the hyphen because of race and ethnicity. It highlights the fact that Americans have a right to be called American, without a hyphen in the name, to identify them.

This grassroots movement seeks to end the hyphenation of your nationality, i.e., African-American, Asian-American, Mexican-American, etc. The movement was founded in 2016 and has grown rapidly to have many followers who seek to embrace the change and to drop the hyphen when describing themselves and others.

The movement is open to everyone who strives to make a positive change in the world, starting with each individual. Joining this movement means you also discourage separation of nationality by use of a hyphen and join others in making a change towards eradicating a Hyphened-Nation™. It is a movement for positive change that encourages all Americans to achieve self-definition without the hindrance of a hyphen.

It is also aimed at eradicating the issue of Americans hyphenating other Americans, even though, based on the foundation of the American Constitution, all citizens are equal. The goal is to sensitize Americans of color to not check the box that asks about their racial or ethnic origin. The move is to discourage identification of Americans based on race or ethnicity. Checking the box is not mandatory. Don’t Check the Box™ began with the encouragement of many people who read the book and made a point that many people who do check the box might not be aware that it is not mandatory.

Purposely, I sought to create an awareness-based campaign to eradicate the promotion of racism and discrimination based on racial nationality hyphenation. The hyphenation of individuals based on ethnicity, in this perspective, is a form of discrimination that encourages prejudice, stereotype, and racism. The Don’t Check the Box™ movement slogan is Remember. You. Define. YOU.

I’m sure you wouldn’t say it’s been obstacle free, but so far would you say the journey have been a fairly smooth road?
As any writer can attest to, it is never a smooth road when writing a book. It takes a lot of time, research, and editing to create a story worth reading. I think my biggest challenge was my own internal uncomfortableness with speaking my truth. I erased so much and wrote and rewrote my chapters based on a fear of how other people would react. When I finally stopped concentrating on other people’s reactions and just wrote, I was able to really begin my story.

While writing, I interviewed many people regarding their thoughts on a hyphenated America. Quite honestly, my most impactful conversations really helped me focus my storyline. Based on the many conversations I’ve had with non-hyphenated and hyphenated Americans, I feel pretty safe saying, many Americans that don’t carry a hyphen have not really considered the burden that a hyphenated nationality carries with it. However, the conversations have always been positive in the eradication of the hyphen. The hyphen is the enemy of self-definition as an American of color. It brings to mind a favorite quote: “As long as we are not ourselves, we will try to be what other people are.” —Malidoma Patrice Somé

Can you tell our readers more about what you do and what you think sets you apart from others?
I am a builder, a fixer and a challenger. I love tearing things apart to understand them and then try to prove or disprove their merit. This allows me to move through life with an air of certainty about what I know and also what I don’t know. So naturally when I lived abroad, the social and cultural consciousness of the people I met and the things I observed inspired my natural inclination to understand and study the value of cultural norms. The more I traveled overseas, the more I grew to understand certain aspects of the American perception of culture. My journey inspired me to write a book that I feel proud to share with my family and global community.

However, when I’m not making plans on how to change the world, you can find me in my garden tending to a vast variety of plants, Feng Shui-ing everything in sight, pursuing my passion of collecting old paintings, attending jazz festivals, antiquing and running. I truly believe each of us can achieve whatever we set out to do if we are determined and remain positive.

How do you think about luck?
I feel a bit trite when I say this, but I am a fan of the quote: “Luck Is What Happens When Preparation Meets Opportunity.” I cannot name a moment in our country’s history where racism, discrimination, and equality has been at the forefront of our global communities’ dialogue as it is today. The book Hyphened-Nation™ discusses the foundations of racism in the United States that began at the inception of our country. Moreover, it explains why the hyphen is the foundation of racism in America. I have a quote that pretty much sums up the book in a nutshell.

It is a shockingly quick read with very dense content that sparks lively conversations. That was my intent. Short and sweet, but packs an evocative punch. I guess I could say preparation and opportunity begat luck. 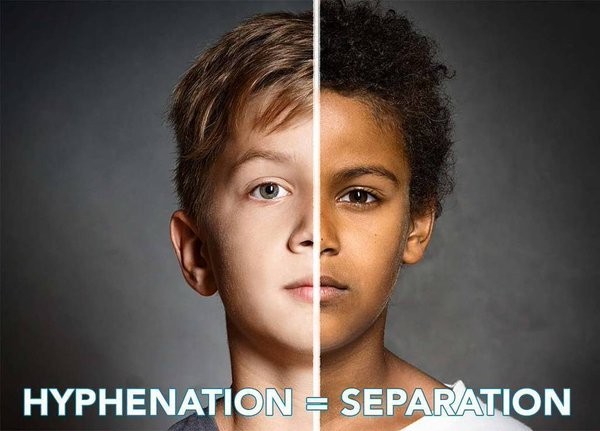 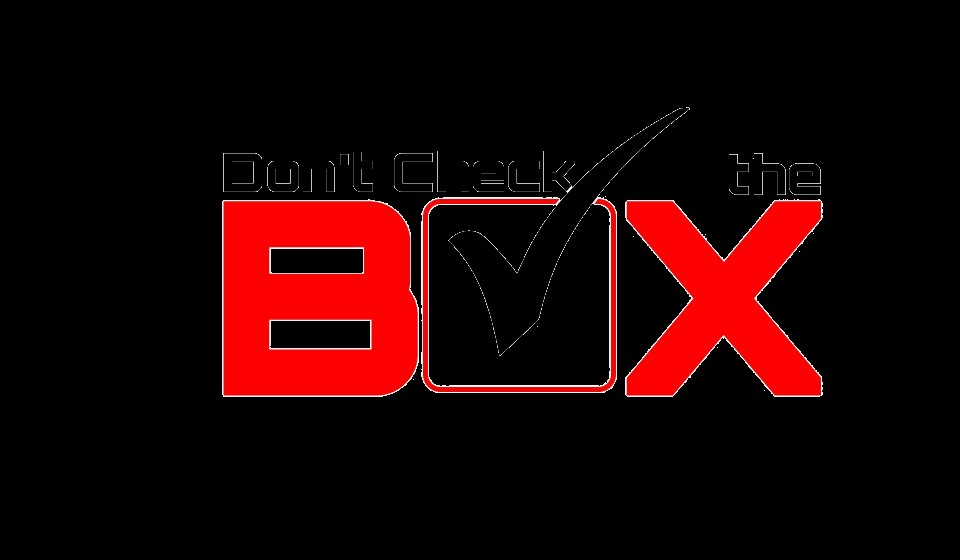 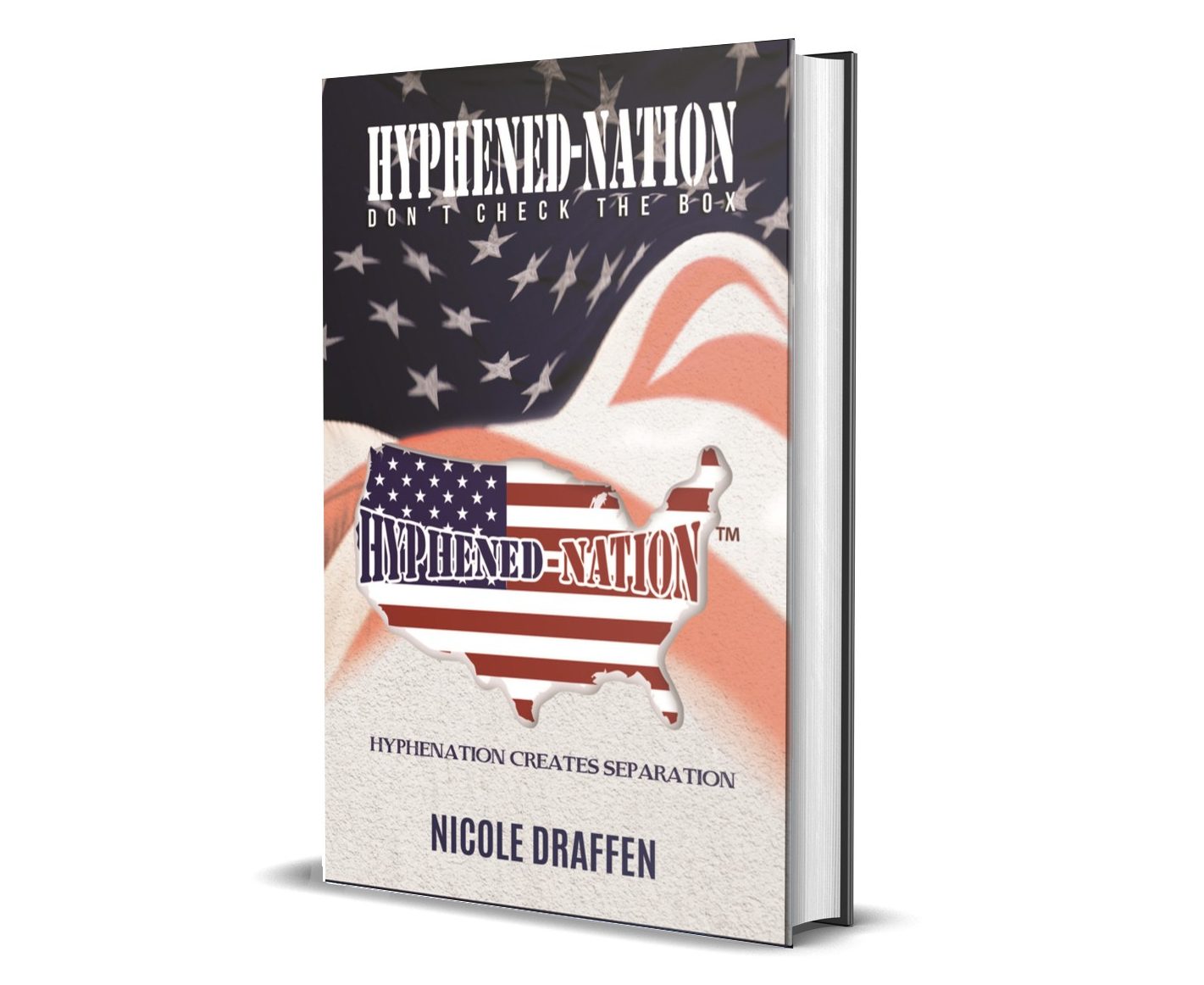 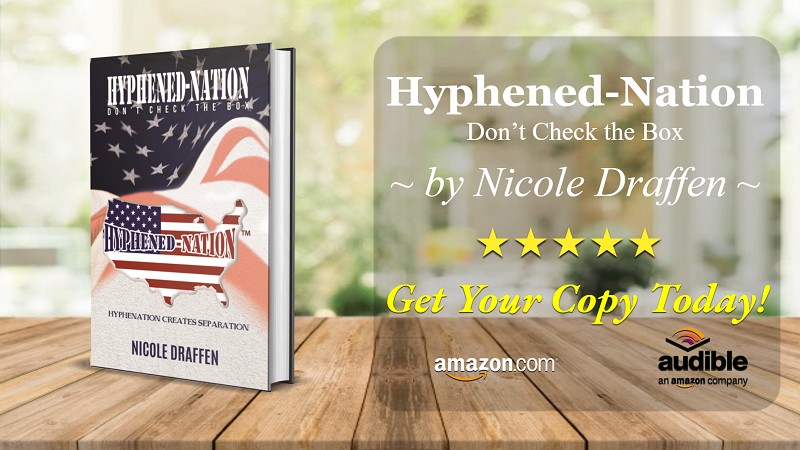 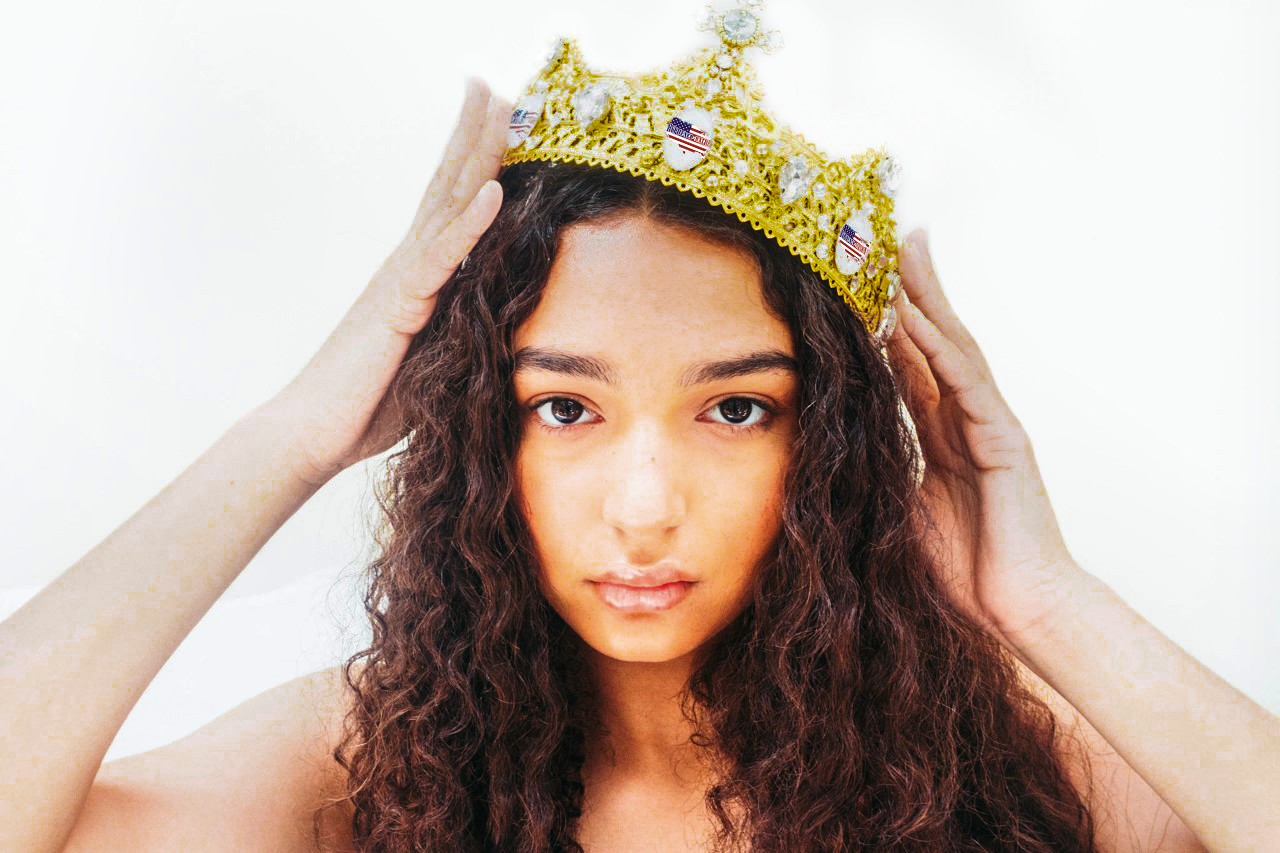 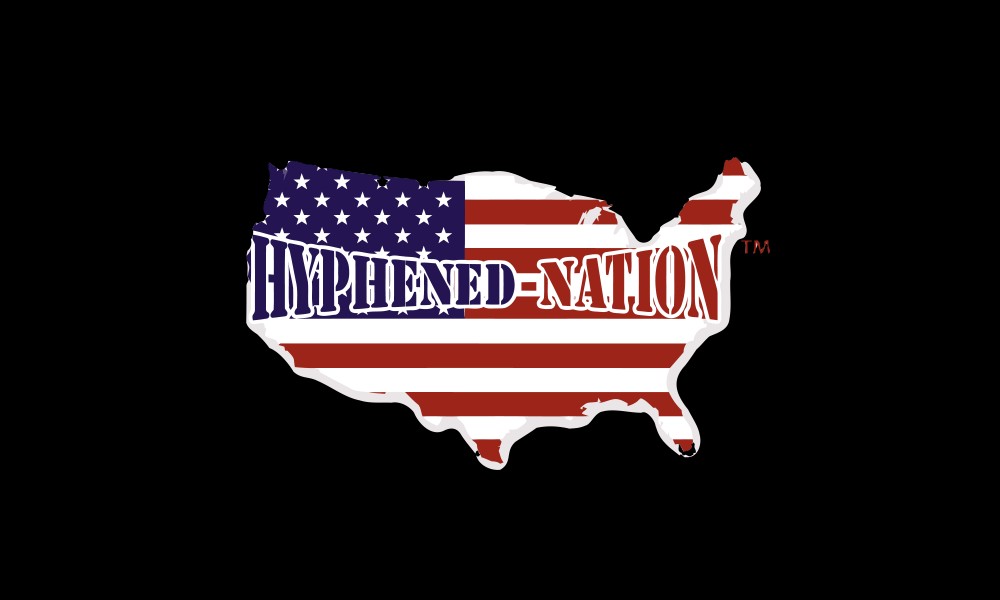 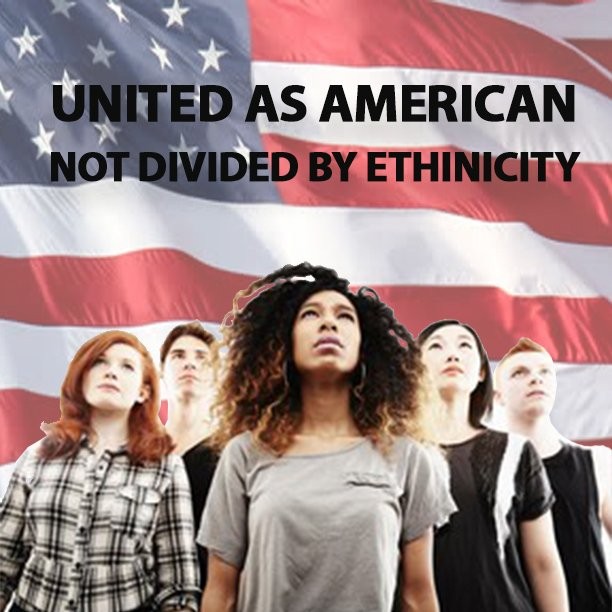 Image Credits:
Sharon Rene photographed the girl with the crown