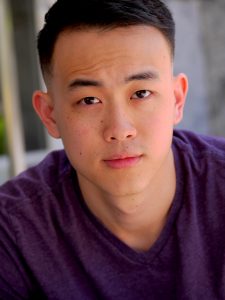 Today we’d like to introduce you to Nic Tom.

Hi Nic, please kick things off for us with an introduction to yourself and your story.
I began acting by enrolling at the New York Conservatory for Dramatic Arts. After graduating with an Associates in Film and Television Performance, I began acting professionally right away. Interestingly enough, the first gig I ever booked was an online commercial for Victoria’s Secret Pink. Why would they have men in their commercials, you might ask? I had no idea and apparently neither did the production crew. I didn’t end up in the final cut, but I was excited to be making a living doing what I loved for the very first time.

I am most proud of playing a supporting character named Kevin in the independent film, In a New York Minute. It was a wonderful experience to be able to portray a vindictive character for a change, as I was often cast as the innocent type. This film also featured a predominantly Asian cast and it empowered women to find their voices amidst the pressures of society. This film went on to win the Best Feature award at the SOHO International Film Festival. This is when I decided to move to Los Angeles, where I hoped to make it in the big leagues.

My time in Los Angeles was full of learning and growing as a person. I will forever be grateful to have starred in the short film, The Sea We’ve Never Seen, directed by Zicheng Li. I spent months developing the psyche of this character, sending numerous clips of my performance attempts to the director before shooting. I have never worked so hard in developing a deep understanding of the internal struggle that this protagonist experienced as a closeted Chinese American man. It is my hope that this film will generate a positive response in the film festival circuit.

The last acting gig I booked was a costar on Magnum P.I. I was overjoyed to be in this show because it shot in my hometown in Hawaii. I portrayed the character of Romeo Kekoa and was given a personal trailer. Granted, it was small and the AC was very noisy. But I had it all to myself and I couldn’t have been prouder. I will never forget watching the episode I was featured in with family members. I had finally booked a television credit and could call myself a working actor from the Hollywood standard.

As fate would have it, I ended up enrolling in Columbia University this fall. The pandemic taught me that it’s always good to have a backup plan in case things suddenly take a turn for the worst. I am currently studying economics and I gotta say that the Ivy league level of academics is certainly a challenge. This is why I am thankful for the support of my beautiful wife. We got married right before the pandemic struck and I would never have come this far without her support and strength. I may not be a tremendously successful actor, but I often tell others that it is alright because marrying my wife was the biggest break of my life.

Alright, so let’s dig a little deeper into the story – has it been an easy path overall and if not, what were the challenges you’ve had to overcome?
It certainly has not been a smooth road, but then again I never expected it to be. When I decided to become an actor, I was living in Hawaii and I decided to move to New York City to enroll in acting school. I left community college and arrived in the Big Apple just as a blizzard was approaching. It was challenging to adjust to the new pace of life, as well as the extremely cold temperatures. However, little by little it became easier and before I knew it, I was immersed in my actor training.

Another great struggle involved the pandemic. My wife and I were planning to get married and then the entire country was shaken by this virus. I hopped on the first flight to New Jersey and my wife and I had a small wedding ceremony. We streamed it live on Zoom and posted it on YouTube for all our friends and family to see. A few months later, a member from the Google marketing team reached out to us. They asked us if they could feature a few seconds of our wedding footage in their year in review for 2020. We excitedly agreed and, to this day, millions of people have received a glimpse of our most special day.

Of course being recently married and living in Los Angeles was an extraordinary challenge. My wife and I were in lockdown for nearly an entire year while we patiently waited for Hollywood to resume shooting films and television shows again. Yet, my acting career was the least of our worries. We both ended up catching Covid and the experience was exhausting. However, to end on a more positive note, just as I was considering giving up on acting entirely, I booked my first costar on Magnum P.I. Although I am also a college student, my dreams to become an actor are still very much alive.

Thanks – so what else should our readers know about your work and what you’re currently focused on?
I am an actor and I specialize in film and television. I can’t say I’m really known for anything I’ve specifically done. For a while, I was attempting to gain and audience on the internet. I would make funny videos using different characters that I portrayed. My skits mainly consisted of ridiculous moments I found myself in while going about my day. For example, one video was about how I was enjoying a bag of potato chips and suddenly all my friends wanted to eat some as well. However, I eventually realized that being a content creator was a lot of fun, but my true passion was to be a film and television actor.

I would like to say that my unrelenting drive sets me apart from others, but then again, every actor must be self-motivating to stay in the industry. I would say that this is exceptionally true for Asian male actors. There aren’t enough that allows us to be portrayed as more than weak computer nerds or indestructible martial arts experts. While the latter sounds impressive, I would argue that it is far overdone. A motivation behind my desire to be an actor is to see the day when Asian male actors appear on the big screen with personalities that demonstrate great depth and emotional complexity. Perhaps this explains why I will always remain active in the acting industry.

Is there a quality that you most attribute to your success?
I would attribute any success I experienced in my life to hard work and blessings. In New York, I used to work full time as a server at Nobu while pursuing acting. I remember countless shifts where I would be scheduled to work all day and manage to run to an audition on my lunch break. I wouldn’t have been able to build my acting credentials any other way. However, I still look back on the projects I worked on that I am most proud of and I feel blessed beyond words. For instance, in the independent film, In A New York Minute, I actually never auditioned for the role I was given. I read for a completely different character and the casting director persuaded the producers to consider casting me for another role instead. It was a wonderful blessing to find out that I was given the opportunity to be in this amazing film.

While applying for university, I also needed to work hard in regard to my application. I was required to write a 5,000 word autobiographical essay to be accepted at Columbia University School of General Studies. It was challenging to condense my life story into this amount of words in a way that felt complete. Still, even with the countless hours I spent writing, my chances of being accepted were very small. This was, after all, an Ivy League institution and I had been out of school for quite some time now. The fact that I ended up enrolling in this university was probably the most significant blessing of my academic career. I was never guaranteed success if I gave it my all, but in the end I was granted it nonetheless. This is why I am convinced that both hard work and blessings are required to progress in life. 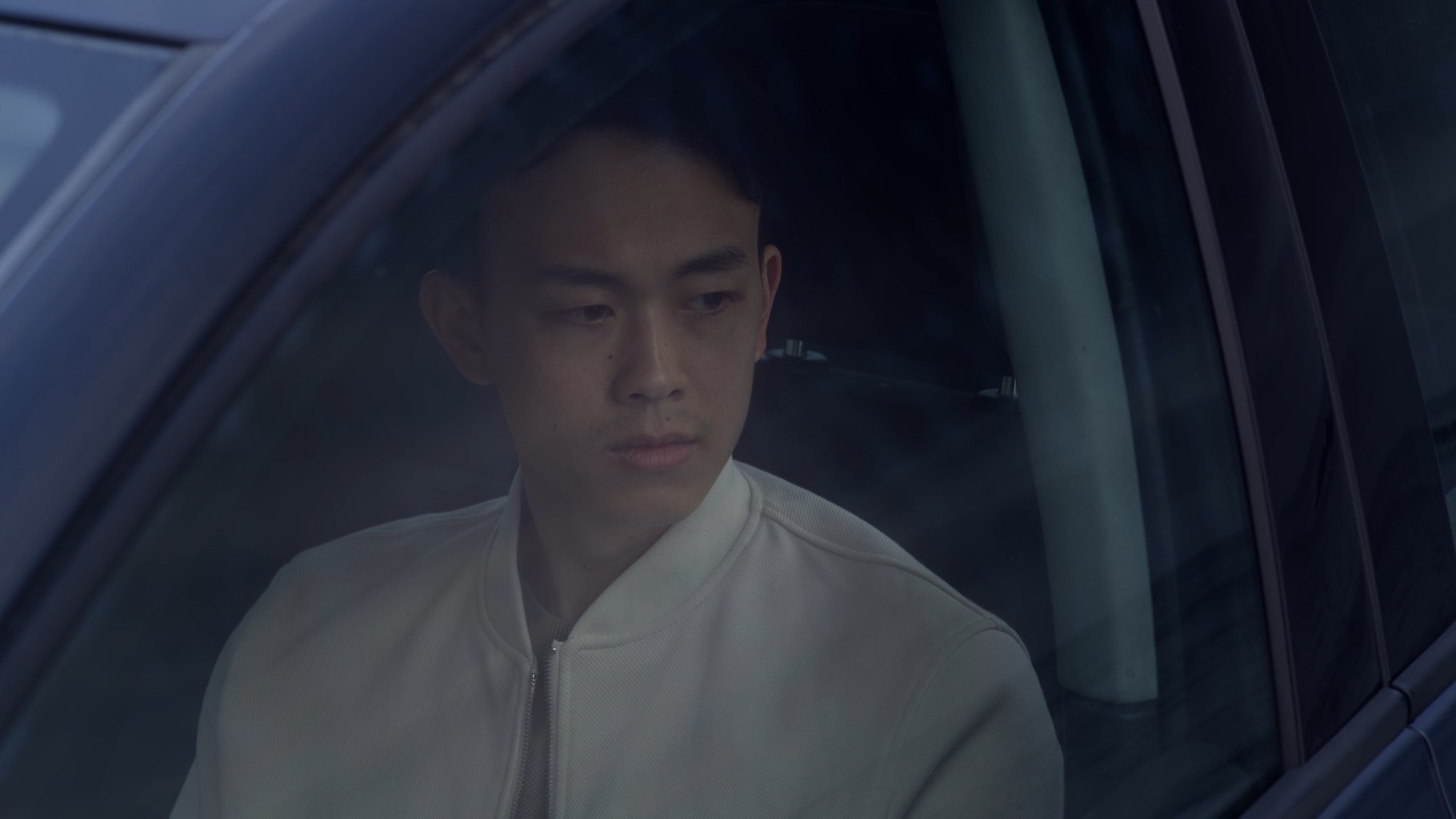 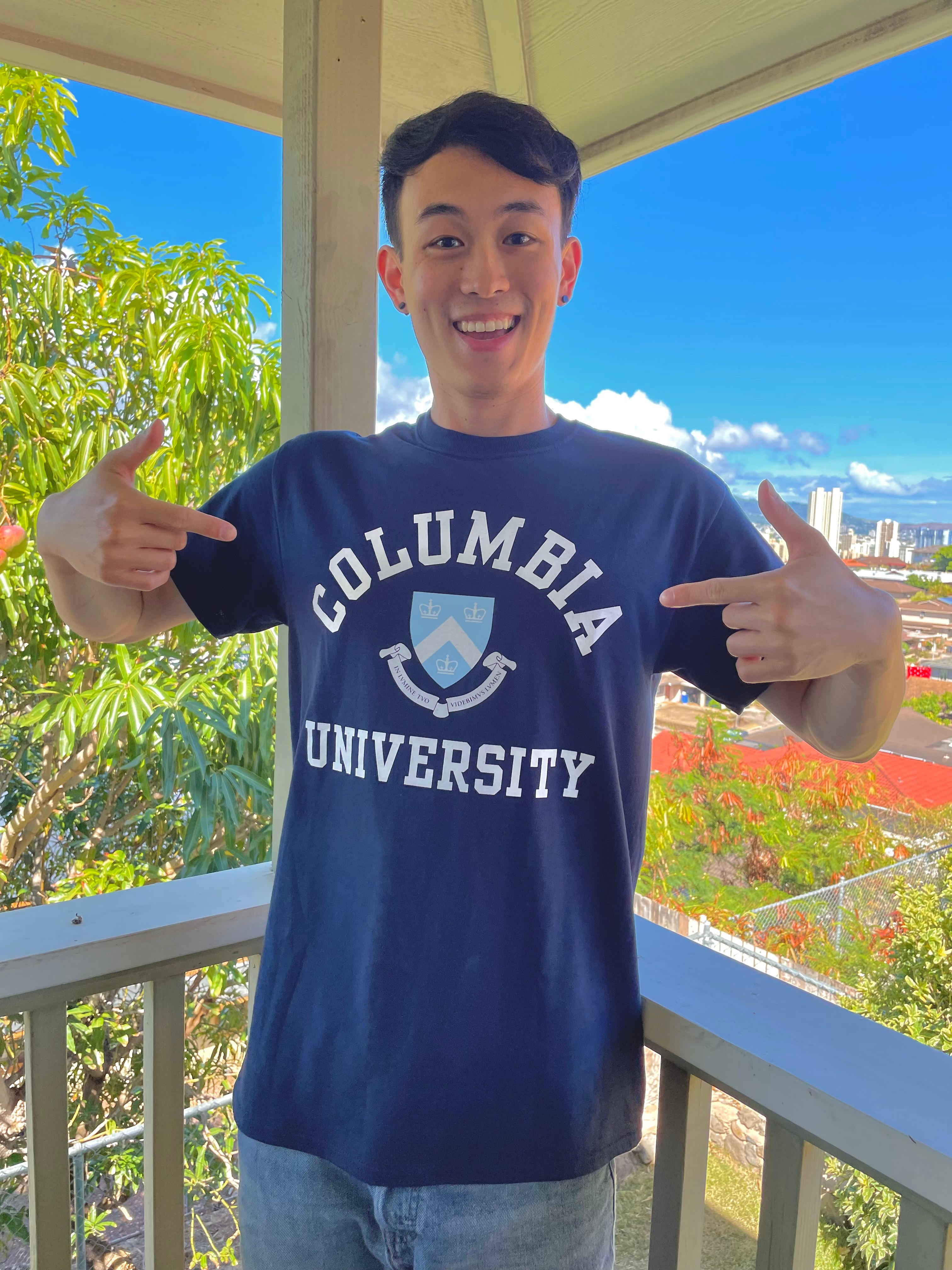 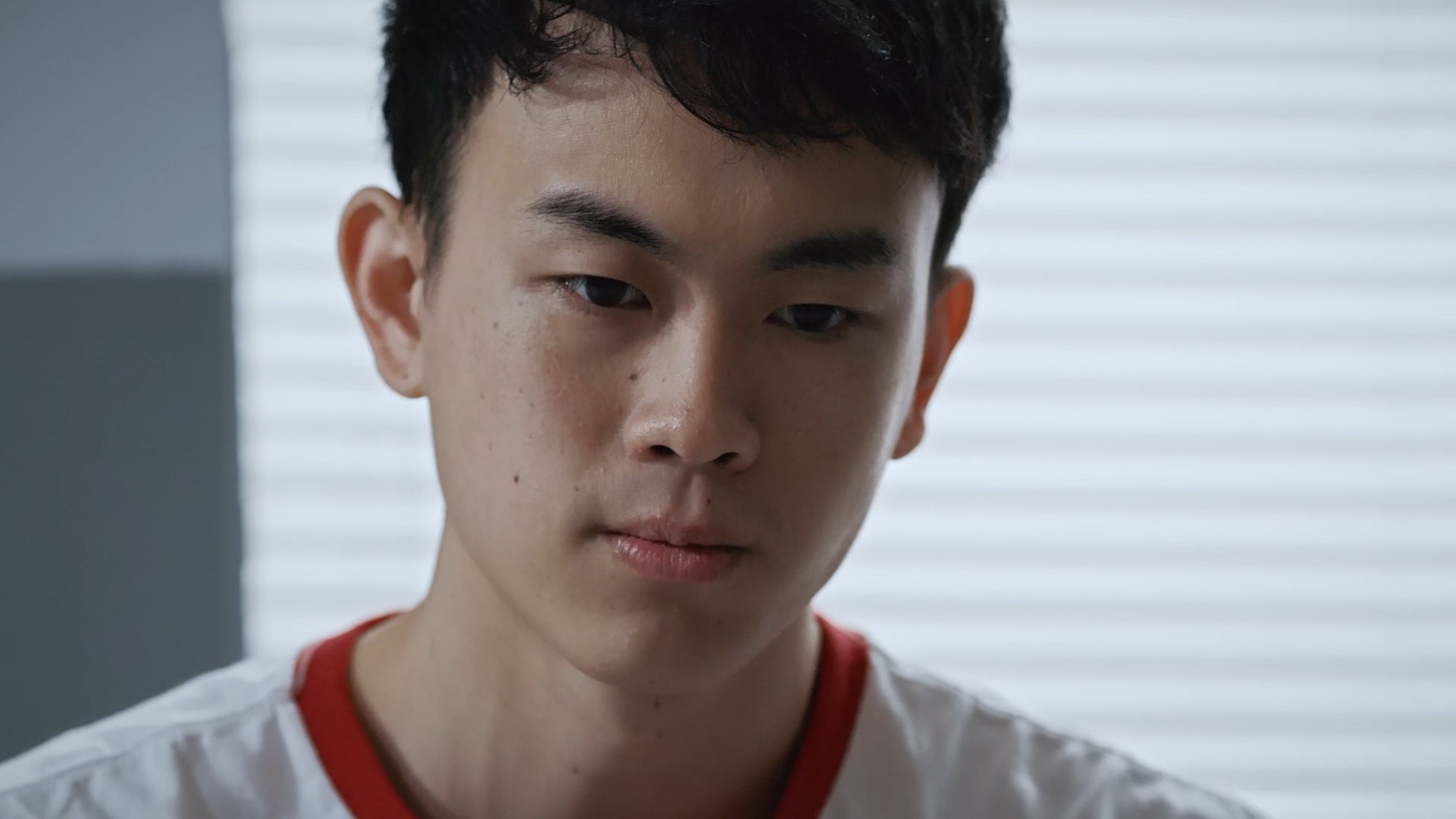 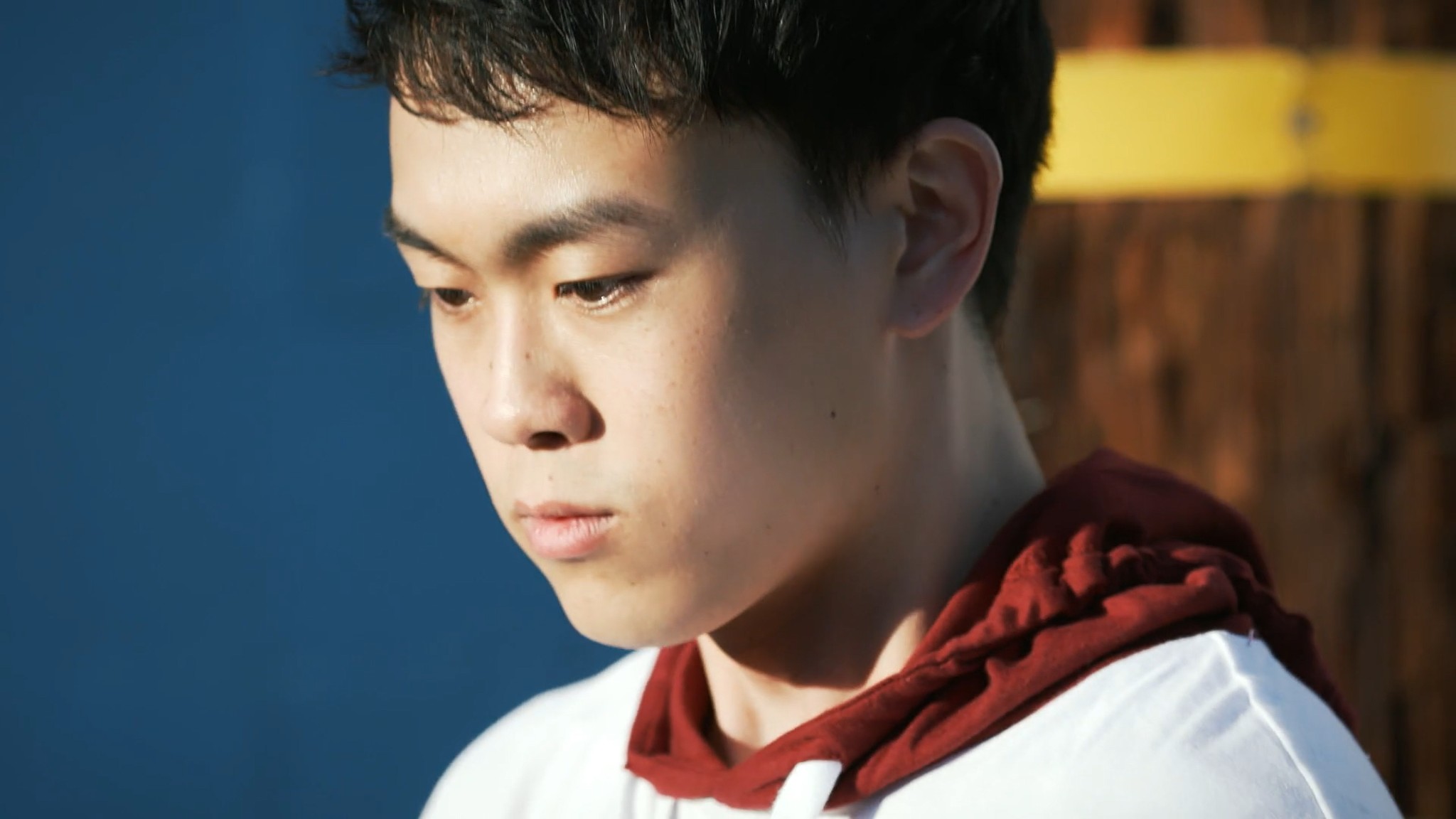 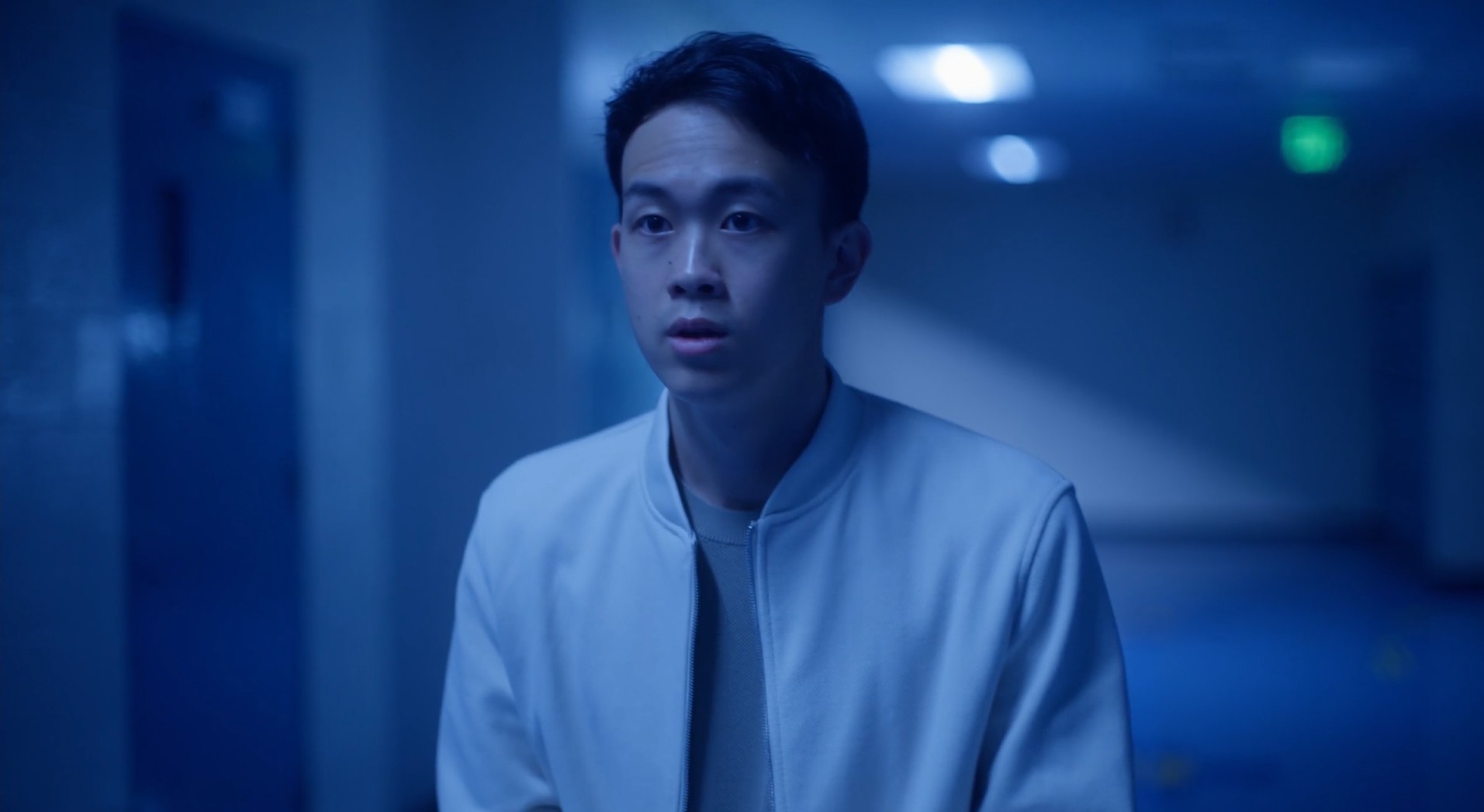