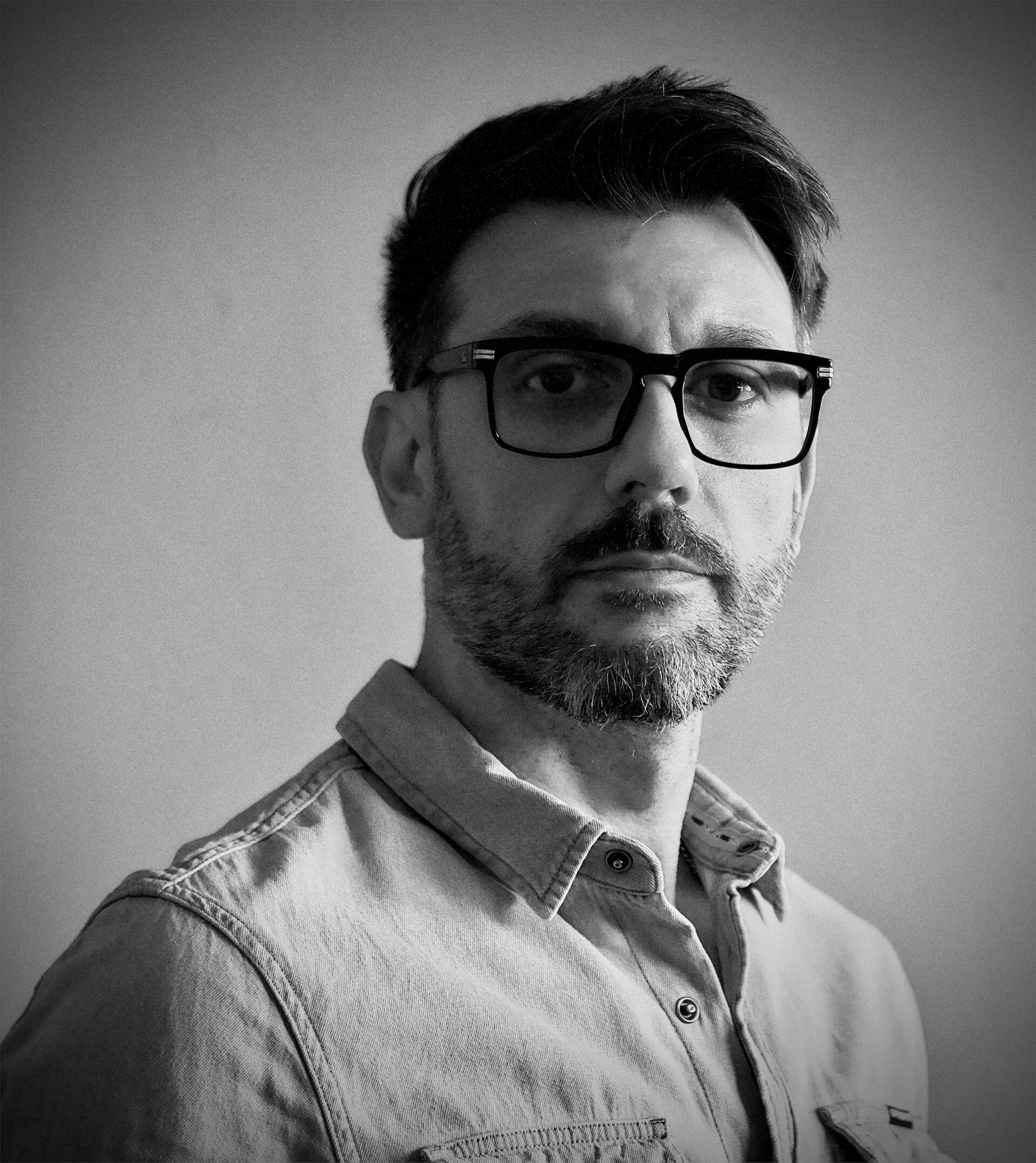 Today we’d like to introduce you to Mariano De Luca.

Hi Mariano, thanks for sharing your story with us. To start, maybe you can tell our readers some of your backstory.
I’m originally from Buenos Aires, Argentina. I studied Film Cinematography and started in the business while in Buenos Aires 20 years ago. My first job in the Film Industry was in a big commercial, I was hired as an Electrician in the Photography Department, and it was a total blast! Remember having the big trucks full of equipment and having the sensation of being in the big league. After that, I did the hole ladder until eventually started working as a Director of Photography full time. I did a couple of other projects in between as a Director of Photography, and one of them ended up being a big documentary produced by HBO Latin America, which also ended up being distributed by Netflix a couple of years after completion. Five years ago, I got the opportunity to move to Los Angeles to continue my career with a couple of documentary projects. Nowadays, I’ve been working with brands like Vice, Blumhouse’s Crypt Tv, Spotify and Attn:, I’ve done two narrative pieces that gave me five cinematography awards in the year 2018 and 2021, and finished a Feature Film that will be premiered in 2022.

We all face challenges, but looking back would you describe it as a relatively smooth road?
I think the path to any Artistic career is never smooth, the Film Industry is always flowing and moving so there is no way to have a smooth ride, but I also think that being prepared and understanding how it works is the key to have the best ride you can get. Hard work and being resilient is also key to overcome the struggles along the way, and of course being truthful to your beliefs and keep believing in yourself. It is a tough ride, but for me is what I love to do and maybe the hardest part which was moving to a new city wasn’t as tough as I thought would be. I have the luck to have met people that was and still is super nice to me, that is also key to have a smooth ride.

Can you tell our readers more about what you do and what you think sets you apart from others?
I’m a Director of Photography, I work in the film industry and to summarize my work, I would say that I’m in charge of the Visual Storytelling of a movie. What that means is that I’m in charge of the development and acquisition of the visual footage for a Film Project. DP’s (short for Director Of Photography) work with the camera and lighting in a scene to translate the script into images, developing the look and feel of a scene from the image point of view. For that, we use our tools (camera and lighting) in the best way possible to achieve what is best for that scene to be told. My approach for cinematography is always about the story, and I may say that my specialty would be in camera movement. I love to use different tools like dollies, cranes, gimbals, etc. To move the camera in the way that tells better the story.

I feel my cinematography is darker, more contrasty and love to use the framing as much as I can to tell the story. I love to use metadata in the frame, elements that tell the audience information about the characters with just being there and create a message with the hole frame and not just the actors or their lines. I feel that what sets me apart from others is that I love to put the story first and use the frame to tell as much as I can from every single scene. I’m not one of those DP’s that just want to show beautiful images., I want to tell the story.

I’ve done work for Blumhouse’s Crypt TV which gathered more than 20 million views in their platforms and also have two Feature Documentaries distributed and stream by Netflix, which are: “ Nazi Gold in Argentina” and “Nasha Natasha”. My work for Vice Tv is streaming on their platforms and cable channel where you can watch the show “This must be the place” a show about TikTok and its different channels within the platform.

Who else deserves credit in your story?
There are a lot of people to thank! First my family, because I had to move from my hometown and they are always supporting me in every single way possible. Then my mentor Fernando Arguelles, ASC, who is a big part of my growing as a DP in the industry, and then every single director and producer I worked with and also my team. As a DP, you have to choose your crew and I love to choose people that I can vibe in the same way. This is a job where you are more than 10 hours a day surrounded with your crew, so you want people around you that connect with you and feel the same as you for the project. 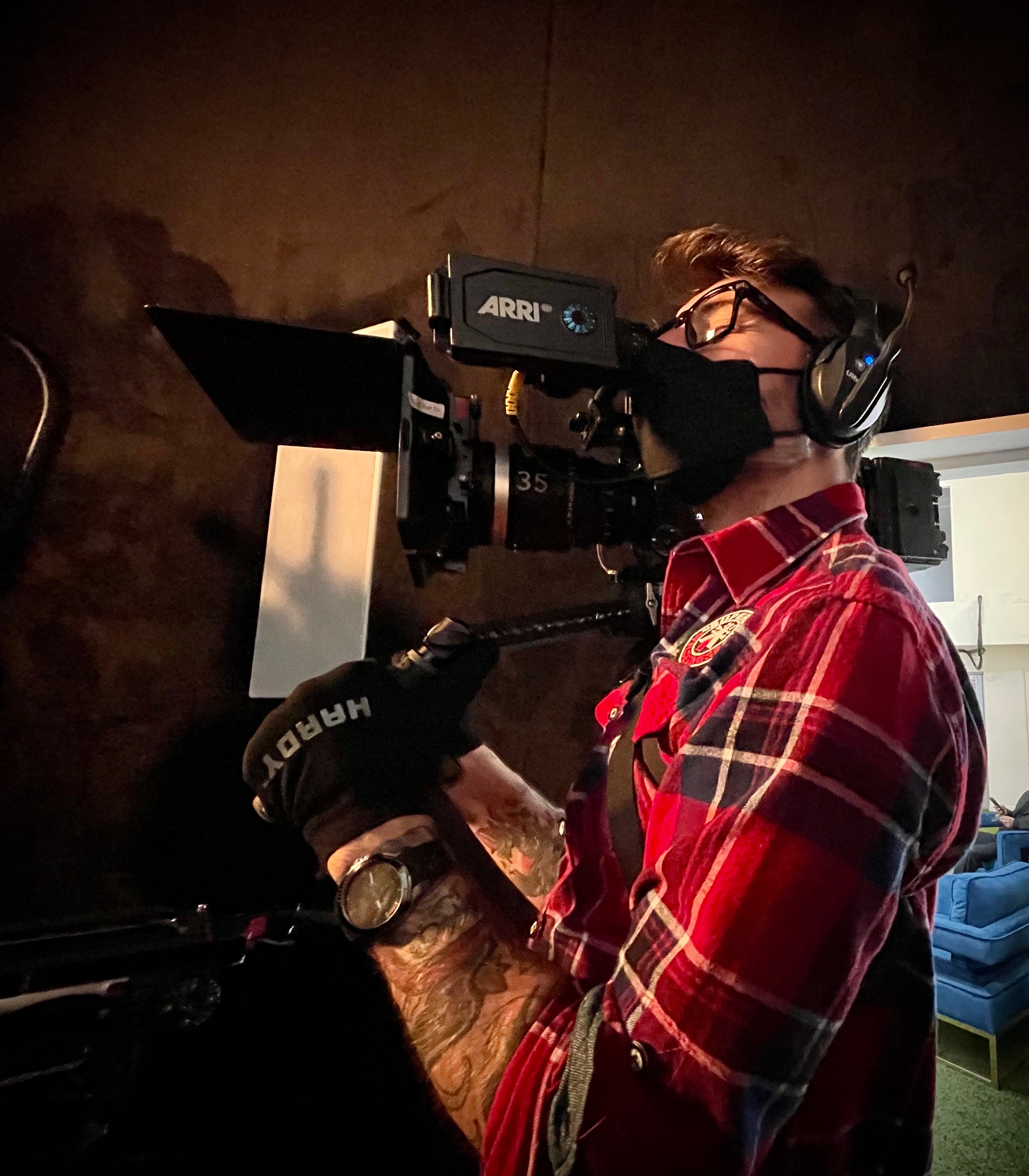 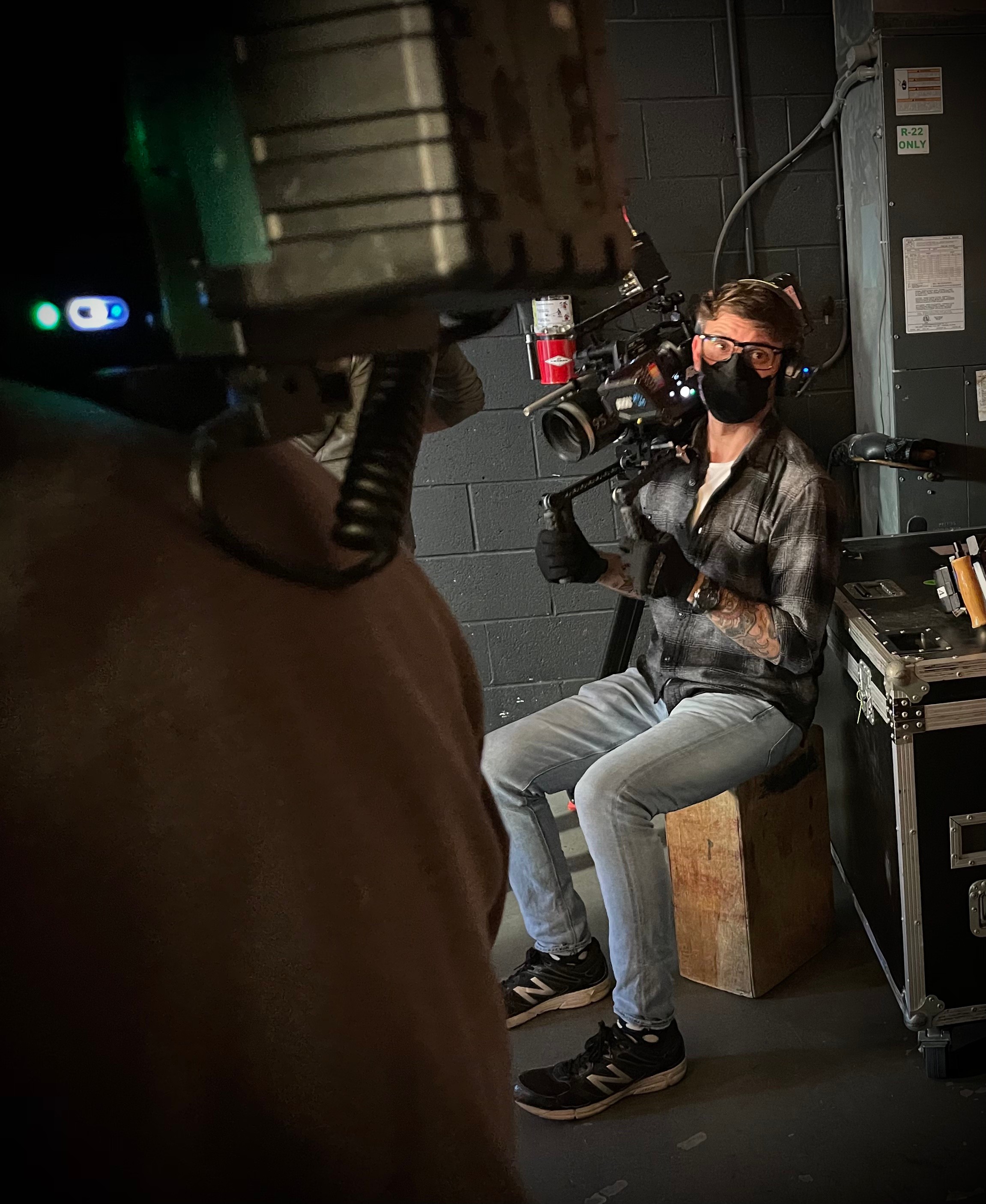 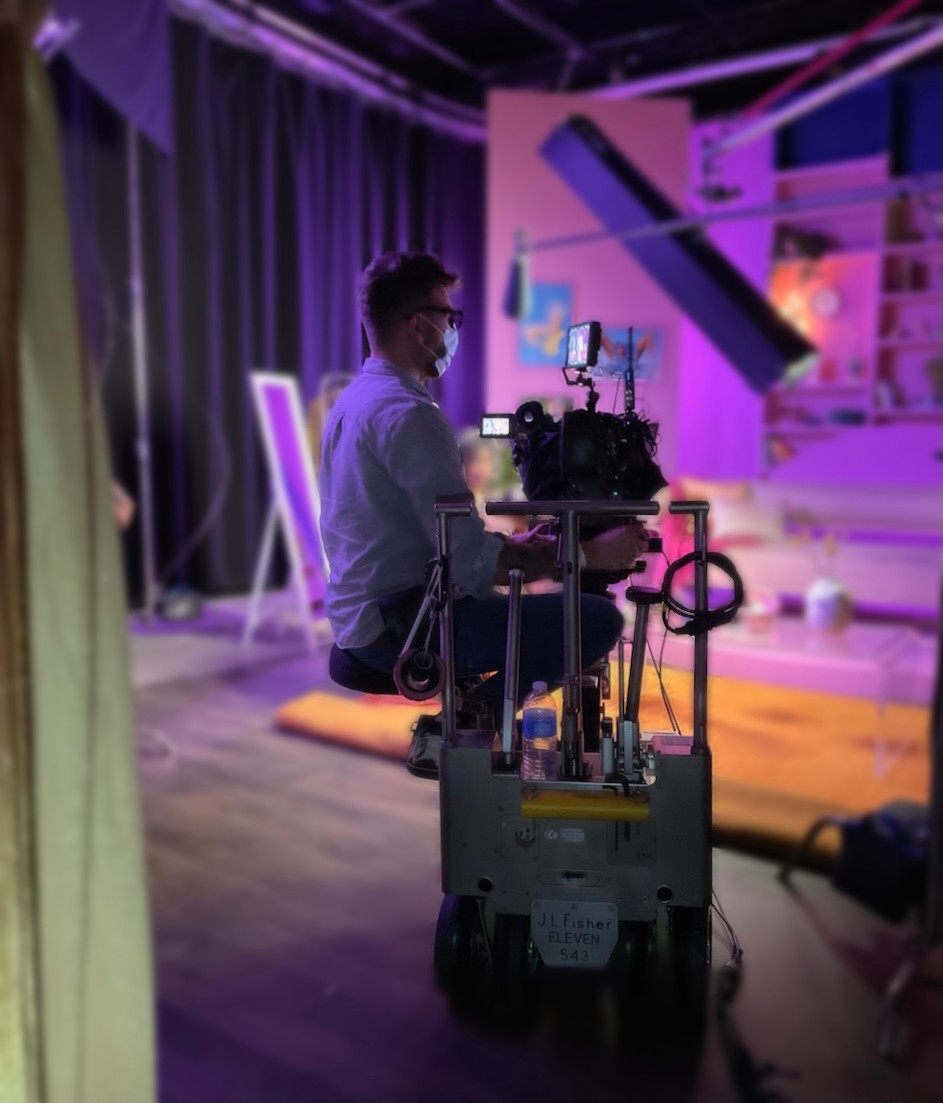 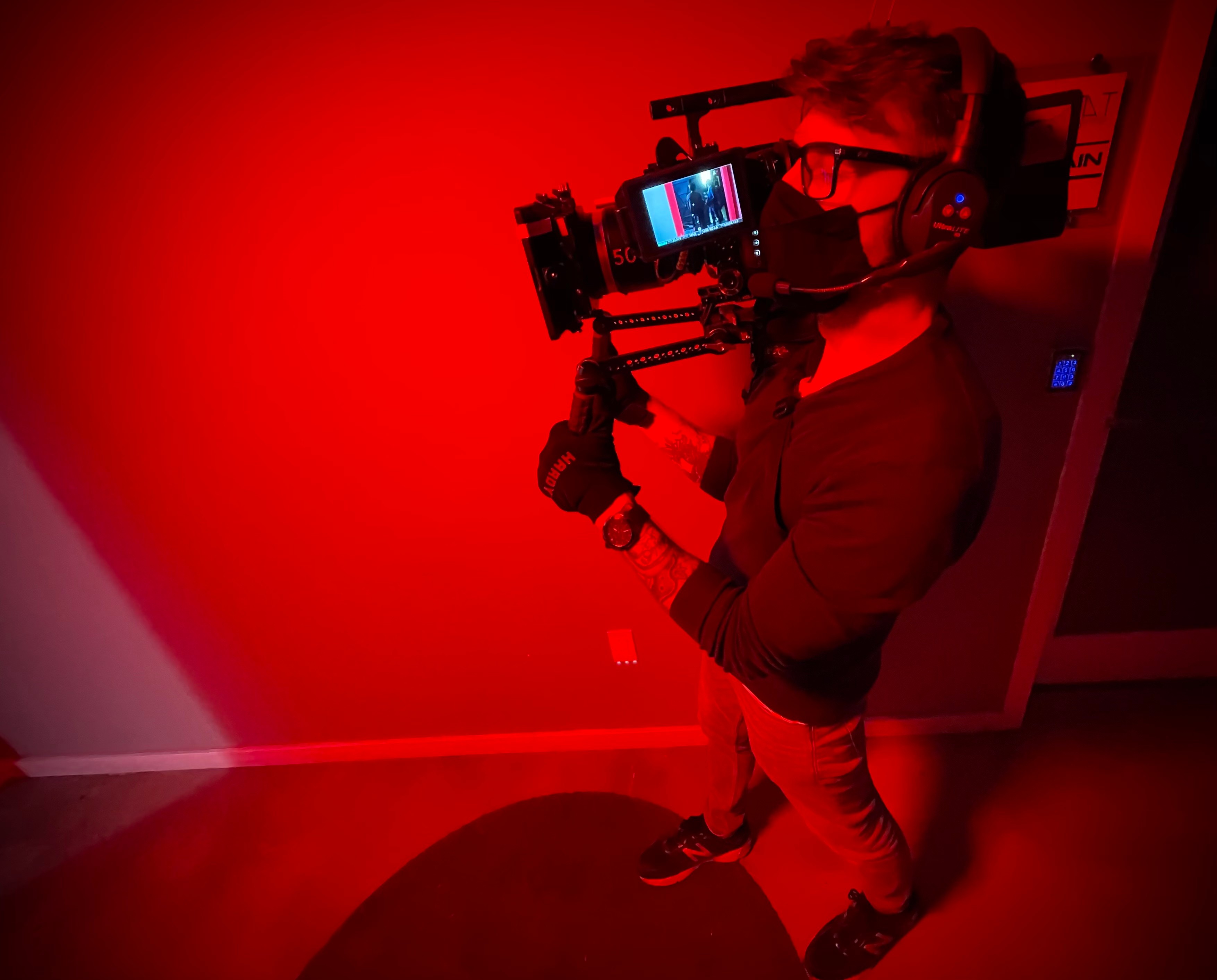