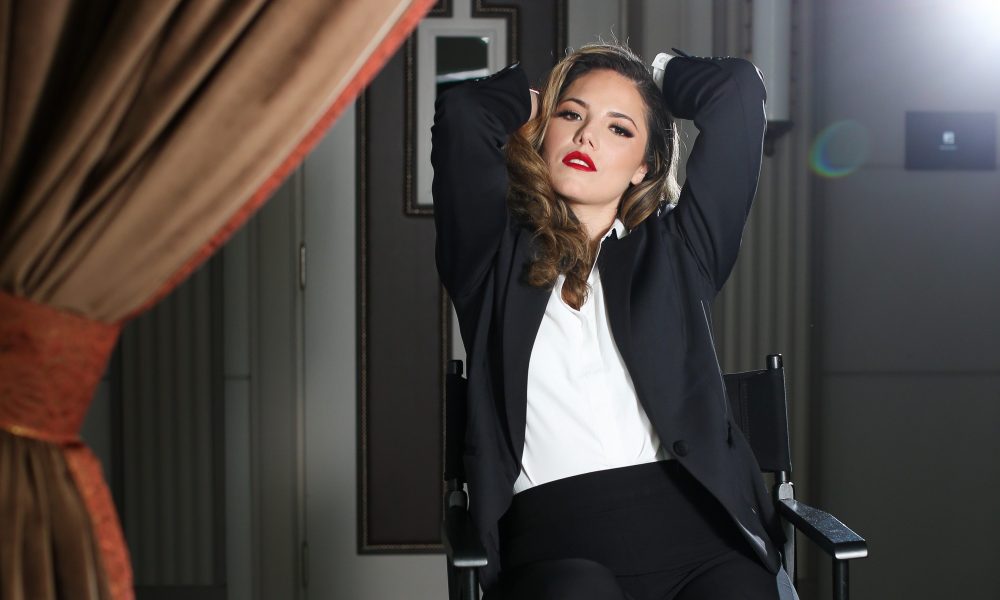 Today we’d like to introduce you to Maria Gabriela Cardenas Vera.

Hi Maria Gabriela, we’re thrilled to have a chance to learn your story today. So, before we get into specifics, maybe you can briefly walk us through how you got to where you are today?
When I was fourteen years old my love for film exploded when my father introduced me to his favorite films. I remember the ones that made the biggest impact on me were those made by the great film directors Alfred Hitchock and Billy Wilder. I used to analyze their films in detail, frame by frame for fun. The first film I studied thoroughly was the 1958 classic ‘Vertigo’ and the first screenplay that I ever read was from the 1959 classic comedy ‘Some Like it Hot’. When I was in high school, I had the opportunity to travel to Los Angeles to participate at a film summer camp and realized this was meant to be my future. I continued coming to those film camps every year until I finished high school and moved from Caracas, Venezuela to Los Angeles, California in the summer of 2012 to pursue a career in the Film Industry. I got my bachelor’s degree in filmmaking and at the same time, I kept making short films and music videos.

While I was pursuing my MFA in producing, I reached out to my dad to collaborate together and write a feature screenplay titled A Dark Foe. It took us two and a half years working tirelessly every day until late at night. We had to communicate with each other via Facetime, since he lives in Venezuela, to discuss every detail on the screenplay from character development, dialogues, storyline, we had to make sure we agreed on every single detail.

As the screenplay was evolving, we raised the needed financing for the film to make a solid production. Fortunately A Dark Foe was made possible by the hard-working crew and talent that got attached to the project. Our producing partner Amy Williams, who believed in me since the day she watched one of my earlier works, the short film titled The Grand Guignol, coordinated packaging a cast and crew of great caliber that included Selma Blair, Academy Award nominee actor Graham Greene, Bill Bellamy to name but a few.

I had the joy to see how those talented actors and actresses that we sent the screenplay signed for the project almost immediately after reading it.

Once we had everything in place, it took us 28 days to shoot.

Almost everyone on the set could feel that we were creating together a great piece of art and entertainment, and they had their best possible efforts to help succeed the film.

We went into post-production surrounded by a team of masters at their different crafts as well.

Once the film was made, we submitted it to Vertical Entertainment and they nabbed the distribution rights for the US and Canada.

By the summer of 2021, my film got released in Select theaters and On Demand everywhere.

After several years of hard work the dream of making my first motion picture came true and that Is something I will cherish forever.

I’m sure you wouldn’t say it’s been obstacle free, but so far would you say the journey have been a fairly smooth road?
As a young female director in my early 20s, I encountered many challenges to make A Dark Foe, from pre-production until the final day of post-production. For example, some of the most experienced people from our crew confessed to me that they initially, due to my age, didn’t believe I could handle this project. Somehow at the beginning of the shoot, I noticed it and decided to keep working the best I could, commanding the set with integrity, confidence, and love. Their attitude changed progressively as they saw the results of each day’s hard work. Eventually, they came to believe in my leadership and in our collective project. By the end of the shoot, they saw we had the potential to make something special and that together we created a movie people will enjoy and remember forever.

Thanks – so what else should our readers know about your work and what you’re currently focused on?
I’m a director, producer, and screenwriter and I aim to tell stories that present a diversity of voices, complex characters, and storylines that capture the audience’s interest to make them forget until the credits appear of their own lives.

I am trying hard to make a name for myself in the film industry and would love people to watch A Dark Foe.

Being recognized and known by your own work is a great accomplishment.

When you ask about what I am most proud of, it’s a very difficult question to answer, so I will circumscribe my answer to the work on this film.

I feel proud of persuading my father to join forces with me and directing him on this film. I’ve seen several male film directors who had directed their daughters once they’ve grown old. In my case, it’s the opposite, a daughter directing her father which I think it’s a cool thing to happen to anyone, especially when you are 24 years old!

I think that the values learned from my parents and my dedication to improve my craft every day may someday set me apart from others.

What was your favorite childhood memory?
I have lots of favorite moments from my childhood, especially those moments that I spent time with my family. We have grown up so fast and we are all apart, living in different countries, and that single fact makes me value those memories even more. I remember fondly going to the Cinema every weekend with my dad and siblings and we watched even two films on a single day. I also remember performing in front of my Mom, Dad, and the rest of the family, singing and dancing for them. 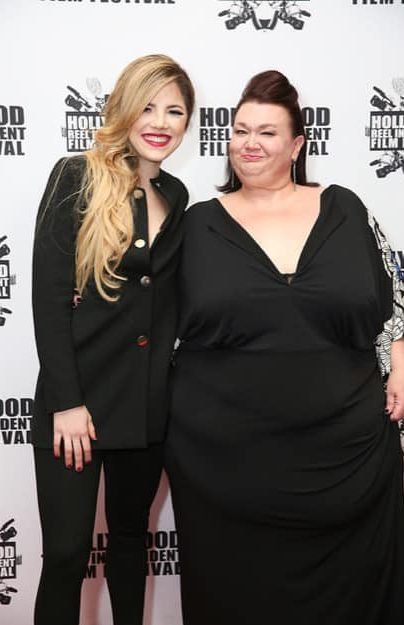 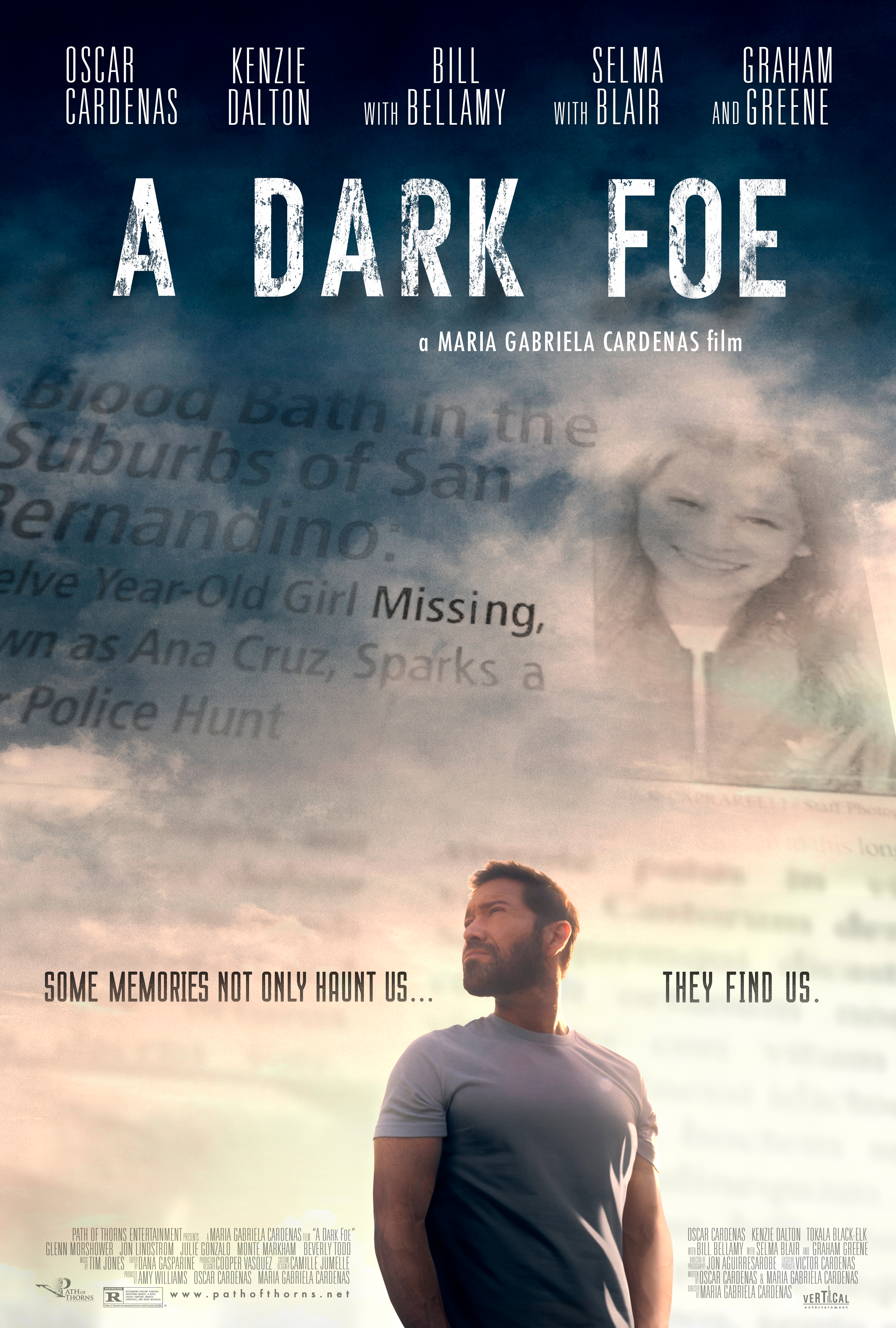 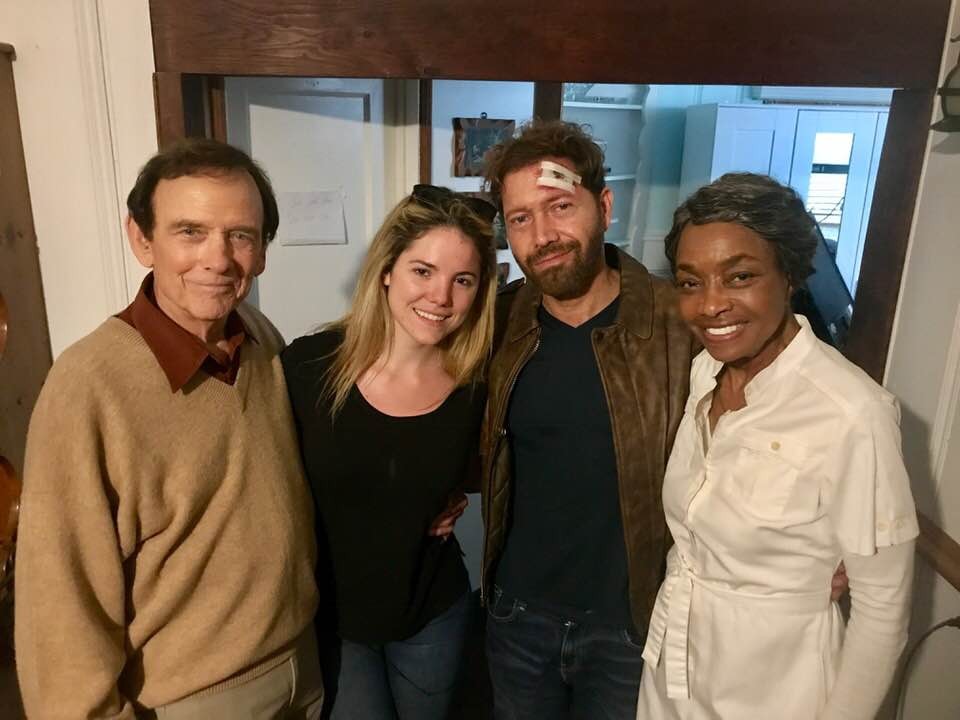 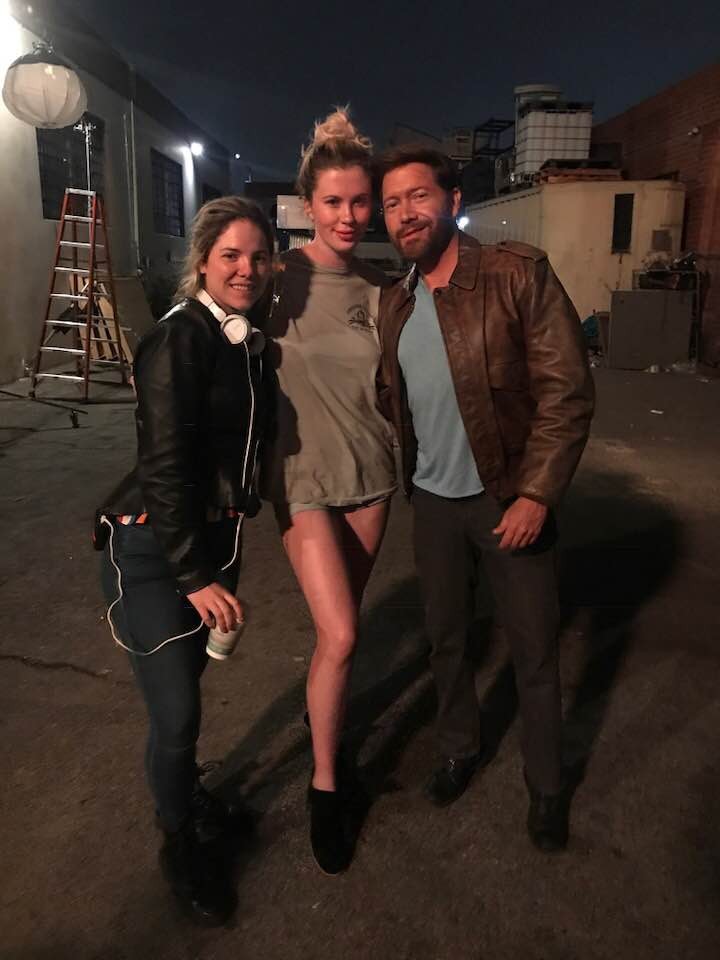 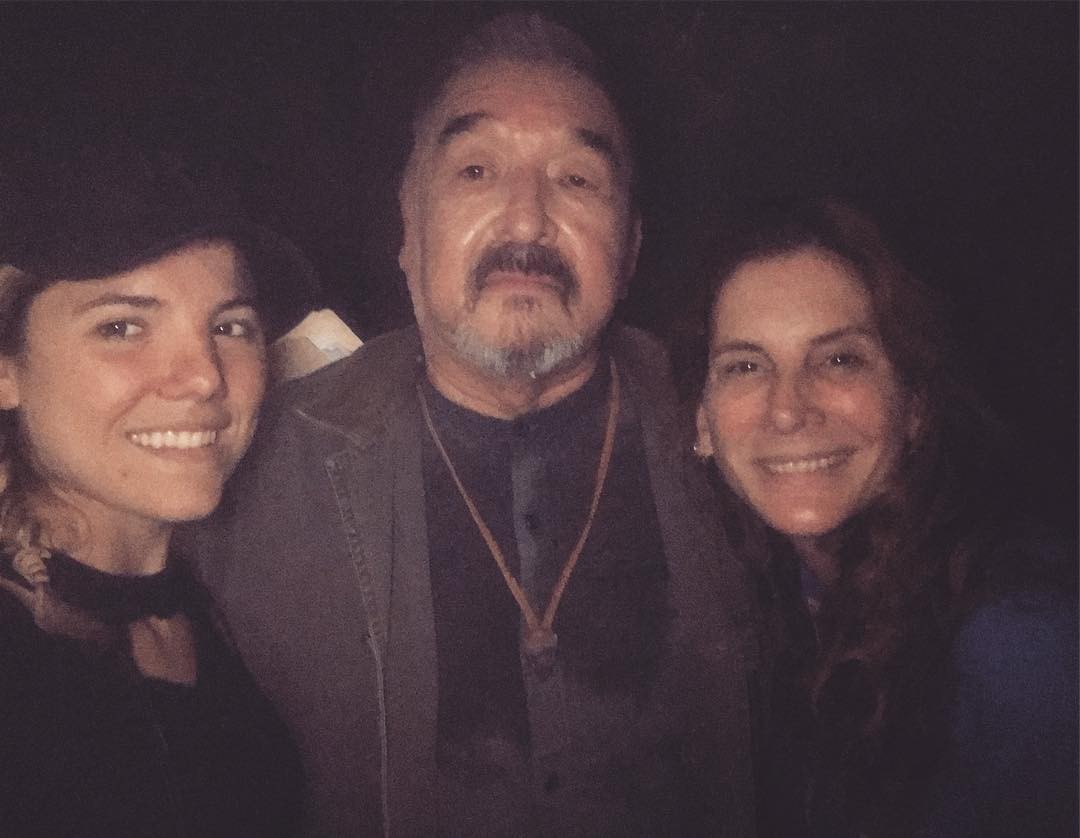 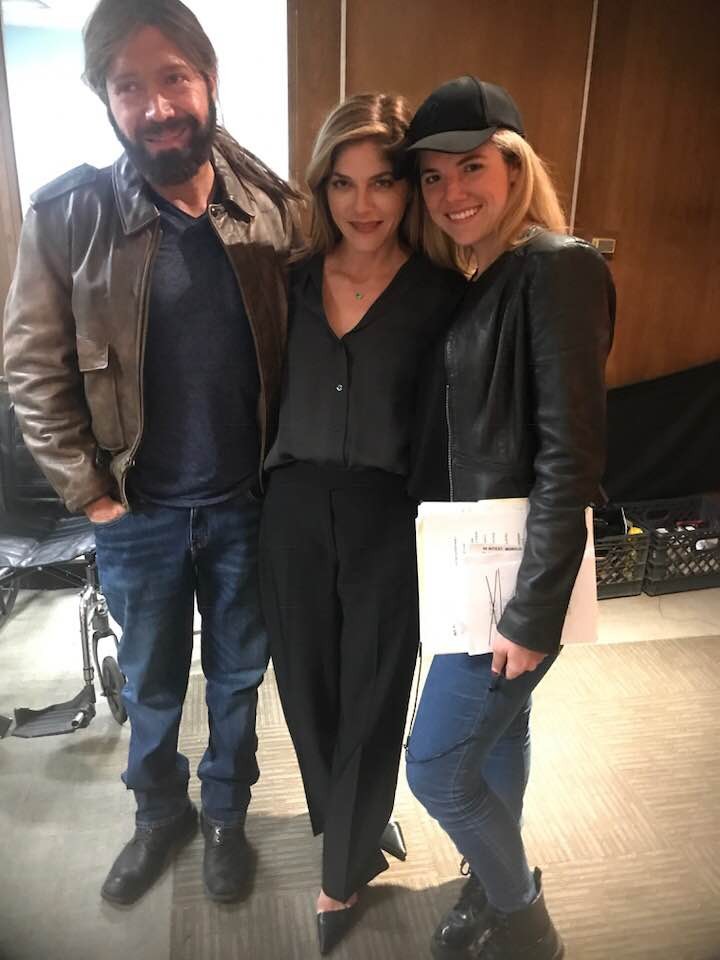 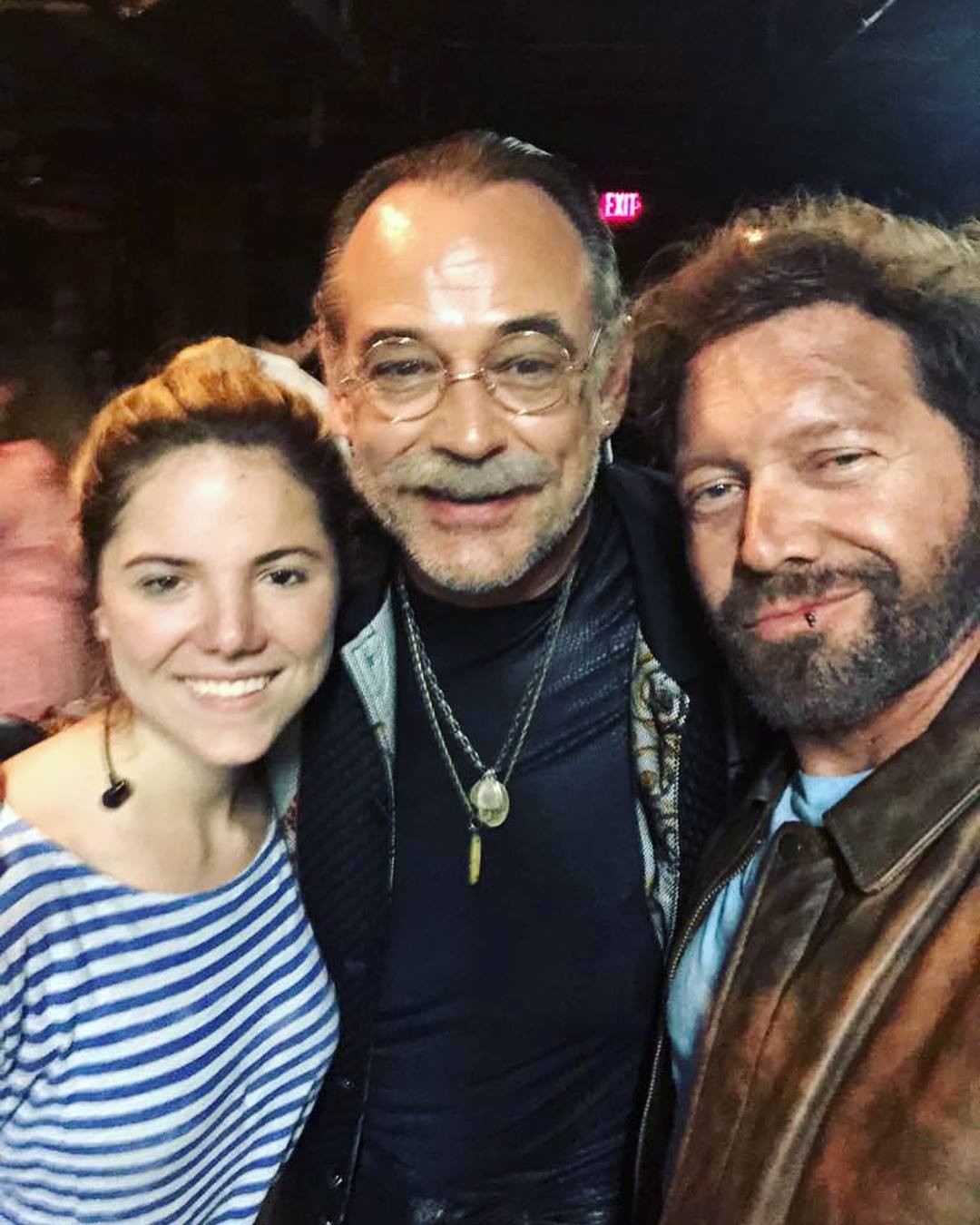 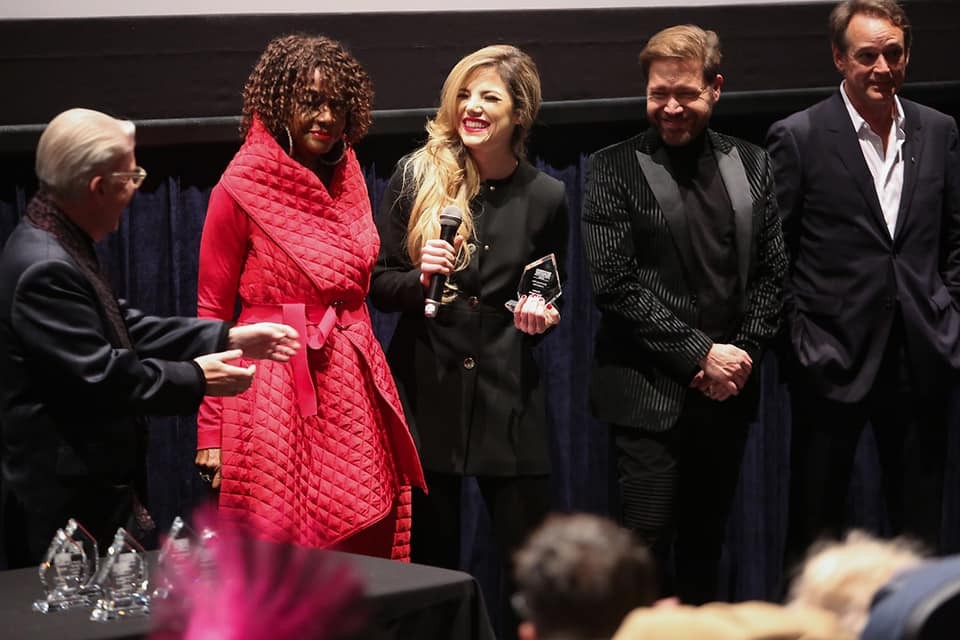