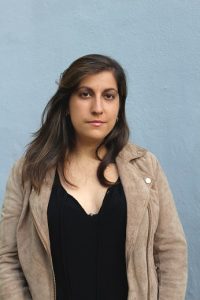 Today we’d like to introduce you to Lisa Cazes.

Hi Lisa, we’d love for you to start by introducing yourself.
I am a writer/producer originally from France. I was not expecting my life to take the direction it did. I graduated law school five years ago with a master’s degree in Intellectual Property Law from the University of Paris II-Panthéon Assas. Although I loved what I studied, I always felt like something was missing. I realized I wanted to impact others in a way that held more meaning to me.

I was born into a family of artists and musicians. I spent my childhood surrounded by constant music, crafting, and poetry collections. In fact, my mom was the one that first introduced me to the genre. As a poet, she helped me publish my first piece at eight years old. I went on to write short stories. She gave me that love for writing that never faded. As for my interest in film, my dad played a huge part as he has worked as a projectionist his whole life. I would spend all my time at the movies growing up, watching one film after another. Deep down inside, I always knew I would end up making films. I just didn’t know in what shape or form yet.

My transition into the arts as a career path happened so naturally I hardly even noticed. I dedicated more time to writing, I worked and volunteered at film festivals, and eventually turned to producing. It is the perfect combination of rigor and creativity. I get to use the knowledge and self-discipline that I gained in law school while being involved in the creative process. Filmmaking has allowed me to continue the journey my parents started me on. My once childhood escape into writing and film has now evolved into a career in storytelli

Alright, so let’s dig a little deeper into the story – has it been an easy path overall and if not, what were the challenges you’ve had to overcome?
It hasn’t been a smooth ride. Deciding to switch careers after graduating law school was hard. Many people go to law school because their parents want them to. That wasn’t my case. The decision was mine 100%. Everyone around me was convinced I would follow a career in the arts, yet I chose a very different path. Many—myself included—wondered why. I think I felt like I had something to prove. To others, and to myself. For the longest time, I ignored that little voice that kept telling me studying law wasn’t what I should be doing. It wasn’t easy to listen to it and take the leap. It took me getting my master’s to reconsider my choice. I was left with a lot of questions. Was it a smart move? Was going to law school a waste of time? Was it already too late to start something new? What would people say? I thought again about that little voice that was telling me I should be doing something that would impact people in a way that felt more effective to me. And I decided to go for it.

That’s just one example. There have been many moments of doubt and many obstacles that have made me want to quit. But each time, I come out the other side. Today I can say I’m happy I kept going.

Alright, so let’s switch gears a bit and talk business. What should we know about your work?
I am currently working with a production company based in Texas called Carpe Diem Studios. We are producing Padraig Reynolds’ new feature film. Padraig masters the genre of horror. I highly recommend checking out “Open 24 Hours” available on Prime Video and Peacock. It is my first time working on a horror film. I love touching on different genres, so it has been very exciting. I am also producing Jeremy Chevillotte’s first feature, “Tell Me Everything,” that is set to be shot in Austria later this year. It is a psychological thriller whose story is centered around LGBTQIA+ topics, identity, complex women characters, and grief. I am a fervent believer that representation matters, so I was pretty much sold when Jeremy told me they would be playing a non-binary character. We are slowly getting content that portrays same sex couples, but we still have a long way to go when it comes to representing non-binary/ gender fluid people. As a queer woman growing up in the 90s, I never really saw myself represented on screen, that’s why it is so important to me to help bring these stories to life. It is hard not to think something is “wrong” with you when the media ignore you. I take a lot of pride in working on a project like “Tell Me Everything.”

This past year, I got to work on Rachel F. Betts’ documentary, “Black Fruit Juice.” I’ve always loved documentaries, especially the ones dealing with social justice. I moved out here thinking I had a pretty good knowledge of the racial issues in the US. I was wrong. After George Floyd’s death, I realized how little I knew. I read a lot, listened to podcasts, watched films to try to understand better. Then I met Rachel. She needed help post-producing one of her films that paid tribute to Black History from all walks of life. Working on this documentary was so enlightening and humbling, and I’m very proud I could play a part in it.

I’ve always been committed to advocating for mental health and LGBTQIA+ issues. I make a point of writing and producing projects that support my lifelong activism and I think that’s what sets me apart from others.

Any advice for finding a mentor or networking in general?
Networking is without a doubt essential in the entertainment industry. It is not an easy task and COVID made it even more complicated. I moved to LA three months before the pandemic started. It didn’t give me much time to meet other professionals. Luckily, I found an artist community that welcomed me with open arms. Living in LA can be pretty lonely, especially as someone who isn’t from the US. I’ve made a lot of connections through that community, and I wouldn’t be where I am today if it wasn’t for them. My advice would be to surround yourself with people that share the same interests as you. LA isn’t that big when you meet the right people. 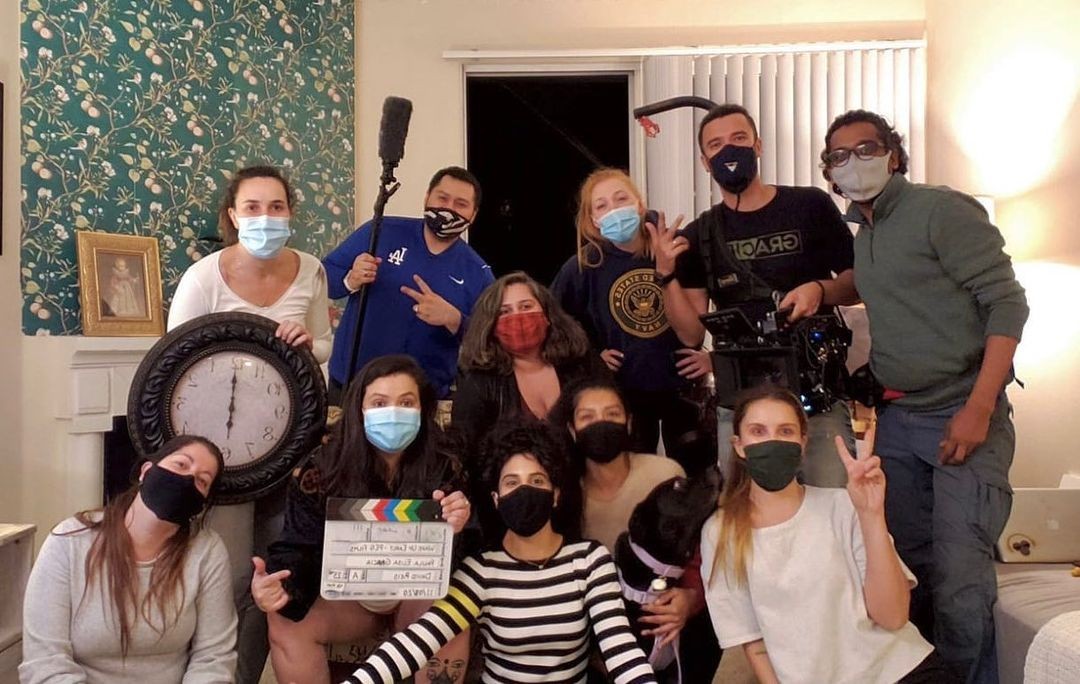 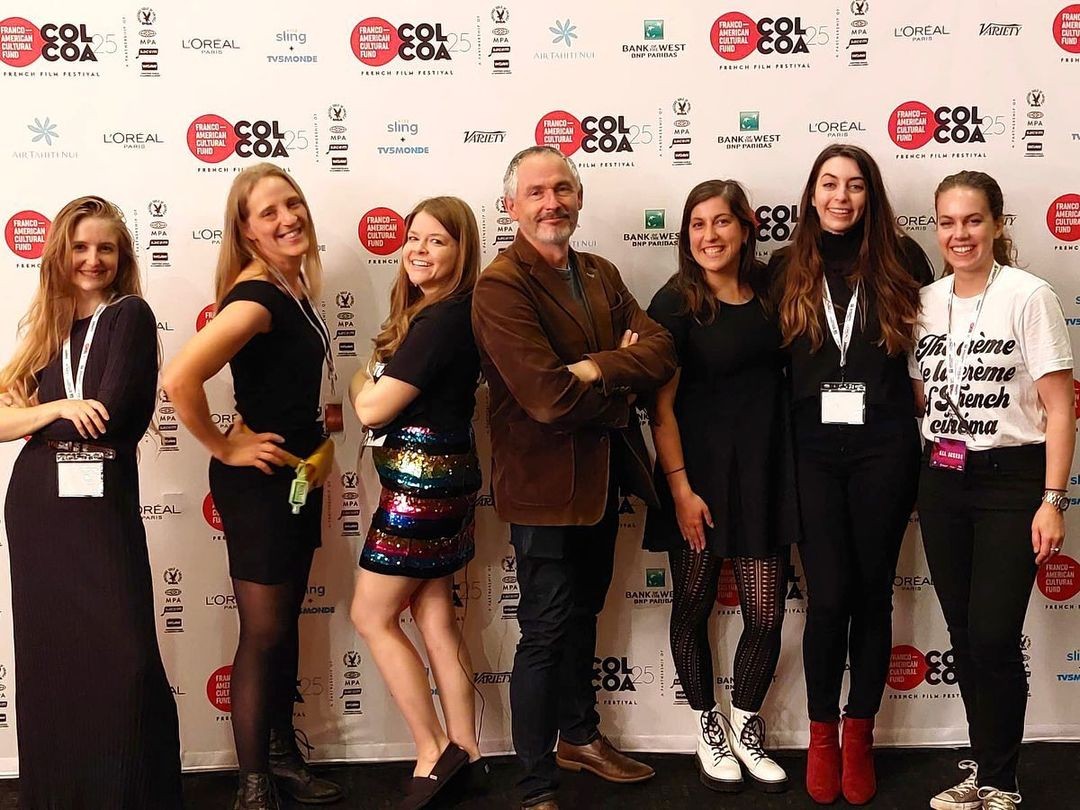 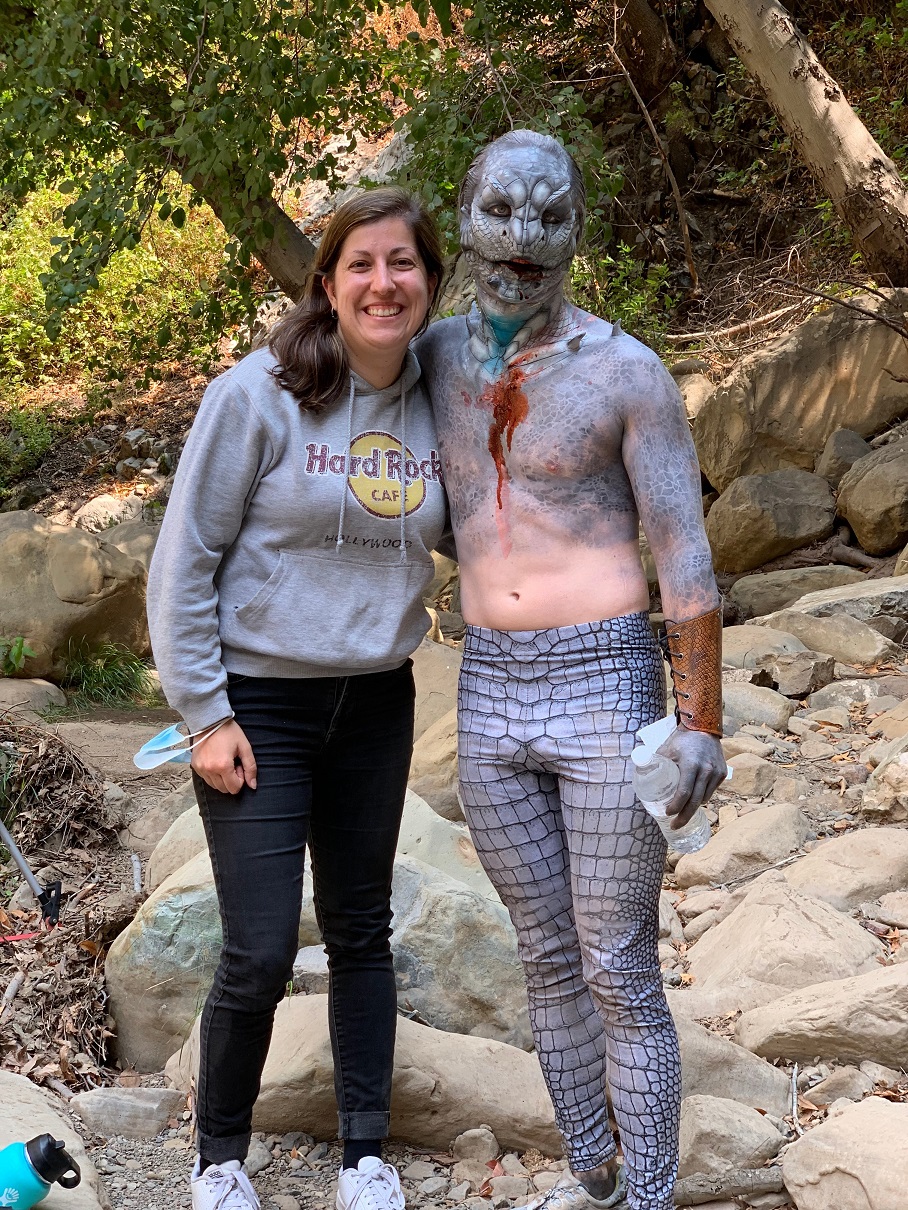 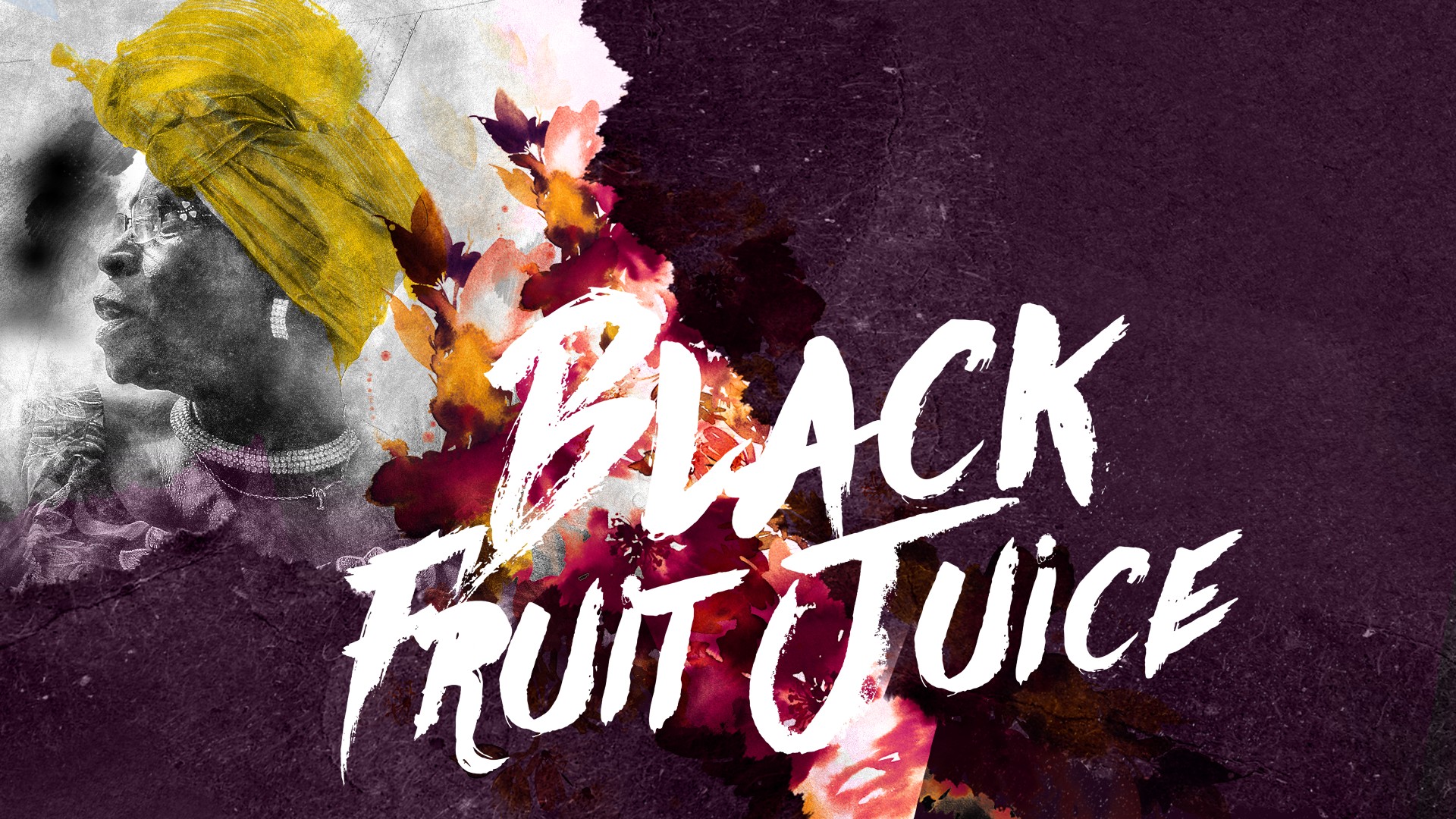 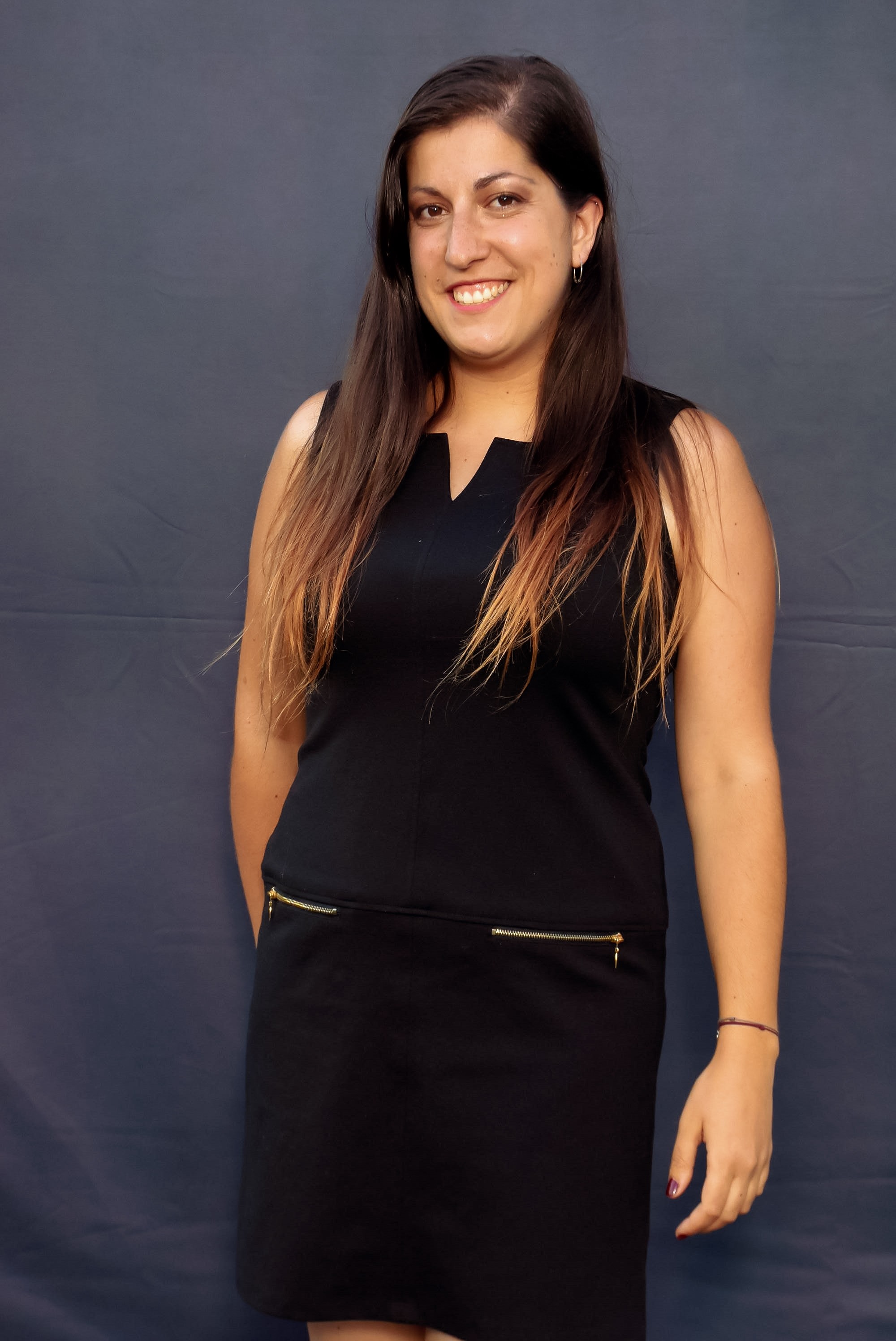