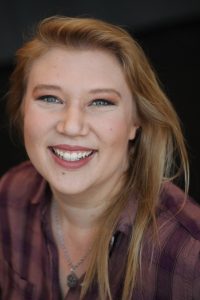 Today we’d like to introduce you to Katie Herling.

Hi Katie, we’re thrilled to have a chance to learn your story today. So, before we get into specifics, maybe you can briefly walk us through how you got to where you are today?
I had a rather unorthodox upbringing. I grew up in the San Francisco Bay Area, and while my parents were not artists by trade, my mother has been deeply involved with the Society for Creative Anachronism, a worldwide medieval historical reenactment society. It was here that I was first introduced to theatre, performing Commedia dell’arte and Shakespeare plays with the West Kingdom’s resident theatre troupe, The Golden Stag Players.

From there, I began taking acting lessons with the California Shakespeare Theatre’s conservatory in Orinda, CA – The Bay’s premiere resident theatre for Shakespeare and beyond. While there, I had the opportunity to train under some of the greatest artists the West Coast has to offer and was able to explore and expand my love for and knowledge of Shakespeare’s works. It was my education with CalShakes that led me to enroll in a competitive performing arts high school and, ultimately, to pursue a degree in Theatre Arts and Shakespeare Studies at the Oregon Center for the Arts in Ashland, Oregon.

During my time at the OCA, I was trained in acting, movement, voice, and stage combat by top industry professionals from the Oregon Shakespeare Festival. I graduated with my BFA in Acting, with a minor in Shakespeare Studies and immediately launched into a career in performance and theatre education that has taken me to theatres and organizations up and down the West Coast.

Since graduation, I have had the opportunity to work as an educator with the California Shakespeare Theatre and The Quinan Street Project in The Bay Area, and The Kingsmen Shakespeare Company and Once Upon A Time Children’s Theatre in Los Angeles, among others. As an actor, I have had the opportunity to lean into my love of Shakespeare, most recently playing Puck in Kingsmen Shakespeare Company’s touring production of A Midsummer Night’s Dream and Peter Quince in Inner City Shakespeare’s production of A Midsummer Night’s Dream at Val Kilmer’s HelMel Studios in Hollywood. I am currently in production as a Series Regular on Burn The Witch – The Series, an urban fantasy web series centering on a coven of Witches scattered across the modern day United States as they unravel the mystery of who is killing the members of their coven.

I’m sure you wouldn’t say it’s been obstacle free, but so far would you say the journey have been a fairly smooth road?
Growing up in the performing arts, it is very easy to fall into the idea of how one is seen by others, and that can very quickly influence how a person sees themselves and interacts with the world. As a kid and teen, I was frequently cast as either men or aggressive, brassy women, and that led to a troubling ideology: the idea that femininity is something performed as opposed to a state of being – one that constantly seemed to evade me, no matter how hard I tried.

I spent a decade and a half waging an internal war between the half of me that wanted to be seen as “feminine enough” to fit in, to be cast in desirable roles, to be like all the other girls and women I saw on screen, and the other half of me that knew I was lying somehow and felt sick to my stomach every time I put on a skirt. But I kept trying. Maybe if I lose enough weight, I’ll feel like a girl. Maybe if I put my hair in curlers every night, I’ll feel like a girl. Maybe if I’m cast as Juliet instead of Mercutio, I’ll finally be a real girl. (It didn’t work).

As I went through my twenties, I sat with a growing anxiety with every audition and project I worked on, feeling like an imposter and quietly wishing I could’ve been considered for my masc. cast mates’ roles. I grew frustrated with myself and this inability to be what I saw on television, to the point that I was truly considering quitting acting because clearly something wasn’t working. It was right at that point that I picked up a new show to watch and had a bit of a come-to-Jesus moment with one of the characters. She was me. Messy, brash, genuine, a trouble-maker, soft, passionate, frequently wrong, the works. She wasn’t “one of the girls,” wasn’t “one of the guys,” she just was.

I realized that I could just be.

After that, it sparked a rabbit hole of research for me, and though I’d previously quietly identified as generally non-cis, I got in contact with some of my gender-queer friends. I asked questions and was listened to. I knew what non-binary meant but now I knew what it felt like. It felt like me. I had joined a community.

I’m glad that I was able to have the journey I did, but as an actor and educator, I want to make it my life’s work to make my field one where kids can see themselves reflected in it, not regardless of identity, orientation, race, or disability, but in celebration of it.

Appreciate you sharing that. What else should we know about what you do?
Shakespeare’s work was my first introduction to acting, theatre itself, and I would happily spend hours talking about the language itself, however I am particularly interested in queer studies as it relates to the canon and have made it a central focus of my work as an actor and as an educator.

Shakespeare’s characters encompass such a vast ocean of identities, and they are what has made these stories endure for upwards of four hundred years. Yes, the language can be weighty, but as the classic idiom says, it’s meant to be seen, not read.

No matter the play, be it comedy, tragedy, history or romance, if the performance is truthful, you will never be able to watch a Shakespeare play and not be able to say, “Hey, that one is me.” Because sure, your average audience has never stumbled on witches in the Scottish Highlands, or been cursed by fairies in a Grecian wood, or been shipwrecked in a foreign country; but everyone knows what it is to be outdoors at night absolutely sure you’re not alone, or to have circumstances change on a dime and feel absolutely powerless to catch up, or to be completely lost and out of your element. In every audience, no matter where, in what country, in what language, there will be people who know what it is to lose a father, to be jealous of a promotion, to love someone who doesn’t love you back, to love someone you shouldn’t love, to feel powerless, to feel powerful, to lose your child, to have an ill-behaved dog, to question yourself, to make yourself anew.

It’s about being human.

In this spirit of universal humanity, preconceptions of identity have begun to fall away, and in this genre, queer representation has flourished. Shakespeare’s text already plays heavily with gender roles, and with that baseline gender-nonconforming casting has become the norm for many theatre companies, a shift which is at the forefront of a much larger movement to champion queer, non-binary, and trans inclusion in the arts.

As an educator, this playground is an incredible learning tool for young audiences. One of my absolute favorite memories was teaching at a theatre camp and directing a production of Twelfth Night, where I was able to have frank, safe, and productive conversations with my students about social justice issues, inclusivity, and identity. I was amazed and inspired by how open and excited my students were to have these conversations that they don’t often have the platform to discuss in mainstream schools. I found that they came in every day with new ideas for the play, new questions, and new inspiration for their characters based on their own discussions and historical research. Performance is an incredible tool to allow young artists to learn, grow, explore their own artistry and identity, and create new and exciting experiences out of archaic text.

How can people work with you, collaborate with you or support you?
I’m currently working on a web series about to go into post-production, an urban fantasy show championing queer and femme voices. We will be doing fundraising in the near future that is completely dependent on donor-generosity. Information regarding the series Burn the Witch will be available on our Instagram, @burnthewitchseries. To keep up with my journey and upcoming projects, follow me on Instagram at @katie_herling.

Above all, please continue to support your local theaters, donate when you’re able to, and ensure that the arts are kept alive in our communities. 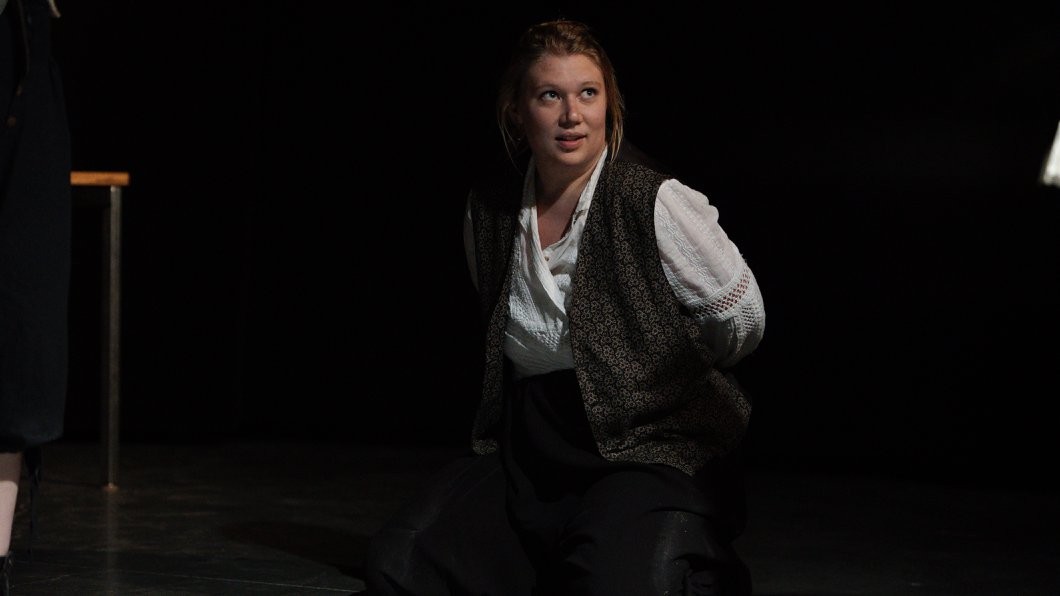 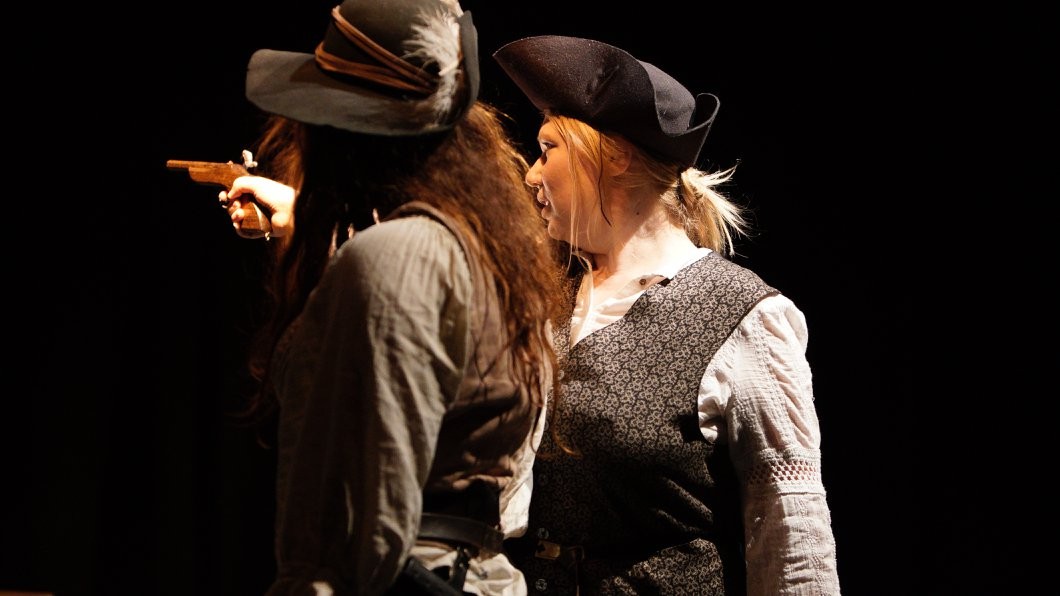 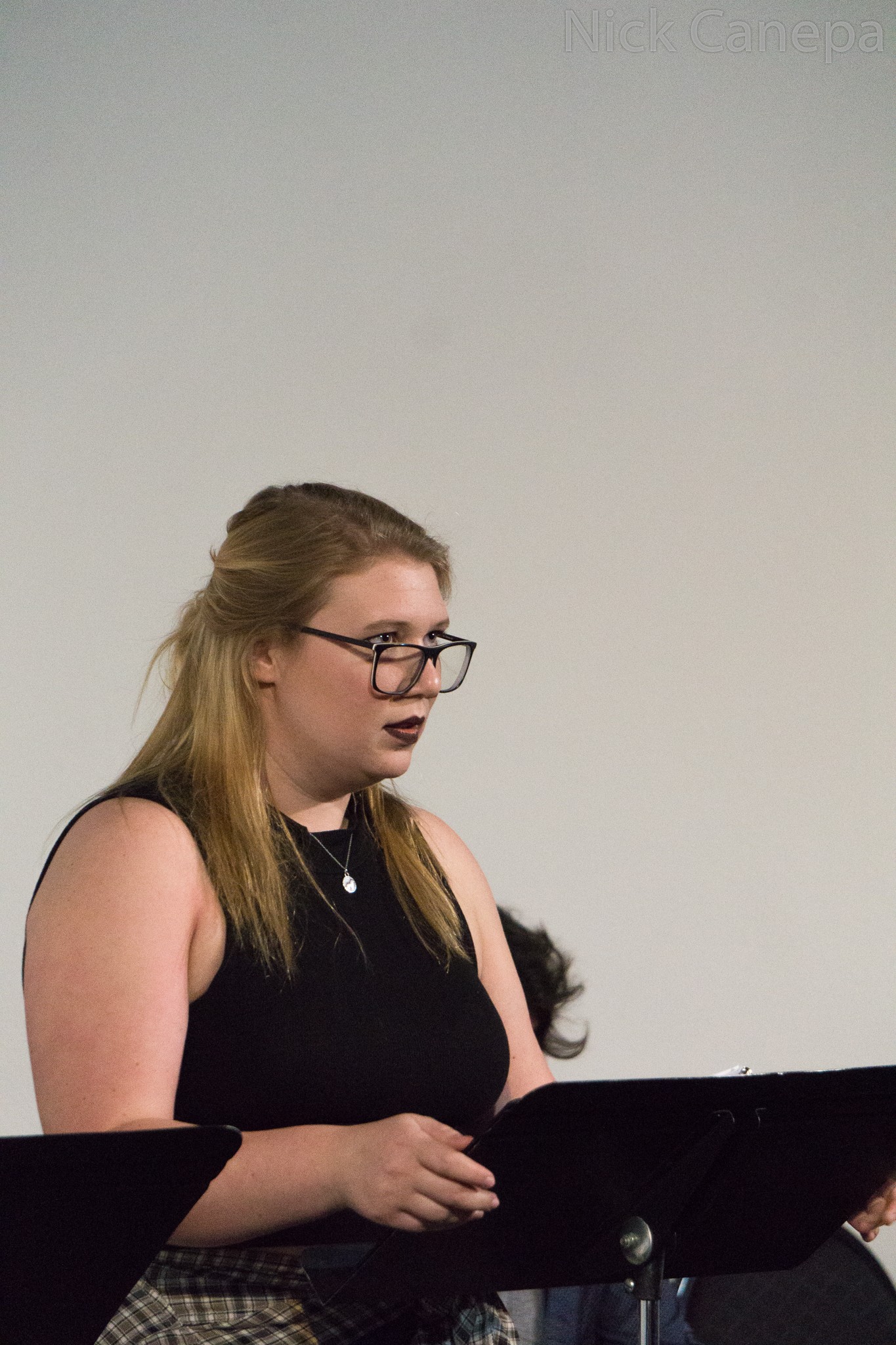 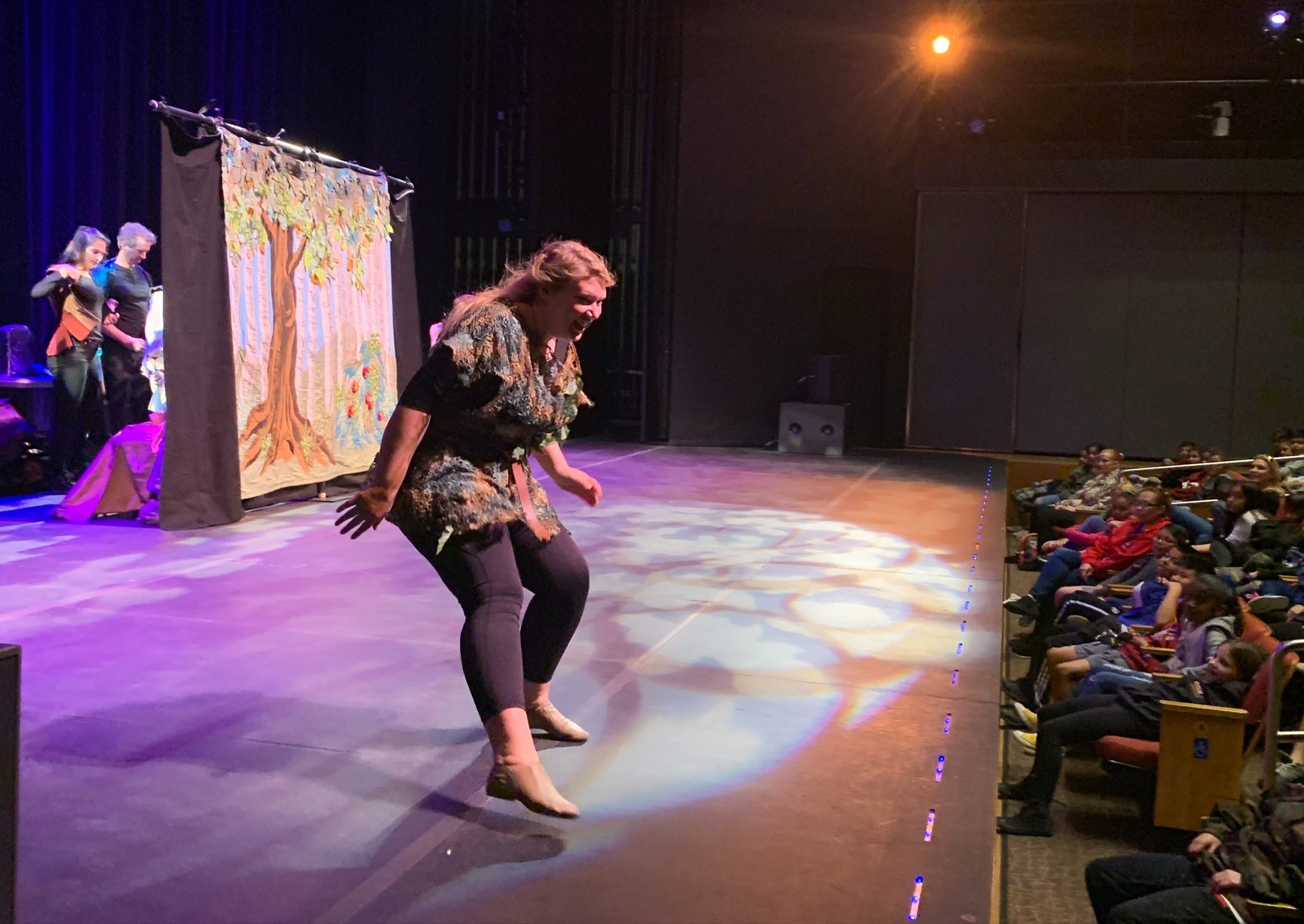 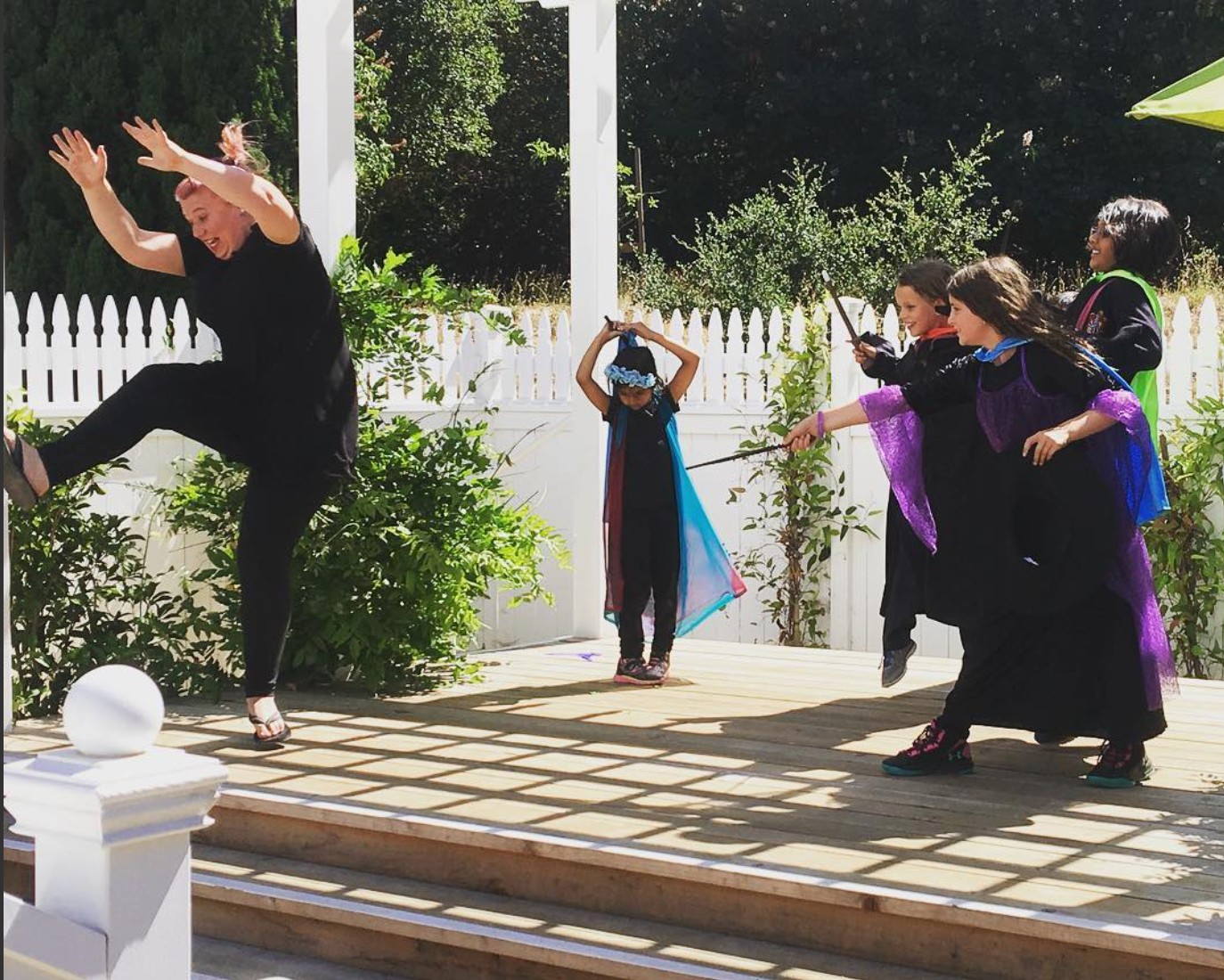