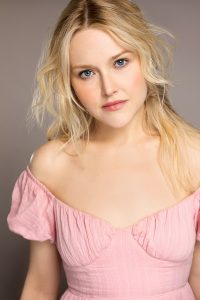 Today we’d like to introduce you to Kasia Pilewicz.

Hi Kasia, it’s an honor to have you on the platform. Thanks for taking the time to share your story with us – to start maybe you can share some of your backstory with our readers?
I was born and raised in Chicago to a slightly foreign, slightly quirky upbringing – I’m proud to be a first-generation American to immigrant parents from Poland! It colored my early years. I was definitely the creative, eccentric black sheep within my big family and also in my school growing up. I was extremely shy and introverted, but a huge observer of people and the human condition, which ultimately led me to my life calling as an actor, filmmaker and storyteller.

I always felt like there was more out there in the world for me to do and see. I was tall and unique looking and obsessed with fashion, so I was thrilled to get scouted and start modeling part-time at 16 years old. I signed with Ford Models in Chicago locally and went out to New York City to model on my summer school breaks. After I got a degree from DePaul University (in journalism, studio art and photography), I finally moved out to NYC full time. It was crazy-exciting since I didn’t anyone out there, but I instantly felt at home in that big city. I signed with top agency Wilhelmina Models and worked steadily in editorial, print, and runway. Some favorite jobs were for V Magazine, V Man, Seventeen, Glamour, Bumble & Bumble, Target, Macy’s, and New York Fashion Week.

As much as I loved fashion, I started wanting to be a bigger part of the creative storytelling process. When one of my agents at Wilhelmina told me one day to “dumb it down” in my digitals and that there was too much going on in my eyes, I laughed and decided that was the sign I needed to finally follow my true passion – acting!

I had been in a few school plays and taken some acting classes since I was a kid, but I started training seriously as an actor at T. Schreiber Studio in their conservatory in NYC. This was the kind of classical training I had always craved. I fell deeply in love with the craft – theatre, Chekhov and Shakespeare, old films and movie stars, and just the whole process of diving into great material. Ironically, what brought me to television was modeling when I was scouted to audition for “America’s Next Top Model” and ended up a finalist on Cycle 16. It was an incredible, once-in-a-lifetime experience, and I was lucky to be on a “high-fashion” themed season, where our mentors were some of the greats in fashion (like the late, great Andre Leon Talley omg!). I got to nerd out big time.

That experience brought me to Los Angeles, where I eventually moved and have been living ever since. I had a magical Hollywood beginning. I flew out to LA to apartment hunt a couple of weeks before moving here. I was crossing the street in Los Feliz when a director stopped me cold and asked if I would read her script and audition for her ASAP. This almost never happens haha. But I wasn’t a totally random stranger, she did know my work from ANTM.

It was such a beautiful beginning in La La Land. A month later we shot the film “The Truth About You” – my first feature film lead role, which went on to some great festivals and distribution. I’m so grateful for that first LA acting experience, because it gave me faith and hope in this new city, and because I think it was almost another year before I booked anything else! What I knew I always had was my hustle and drive, so I kept studying to get better and working towards my acting goals, and hard work pays off!!! My theatre work in LA has gotten me multiple wins, nominations and rave reviews (including Broadway World Awards) from performances ranging from modern to Chekhov to Shakespeare.

During the 2020 pandemic, when our whole industry shut down, I just had to find a way to create. I starred in, co-wrote, and produced a passion project “Normal” (Finalist, New York International Women Festival 2021 among other festivals). I recently directed my first short film “Heart on the Floor,” and I’m in pre-production on my next film “Magda,” a story about the Polish Women’s Revolution.

I’m currently recurring on “The Bold And The Beautiful.” My lead role as an astrophysics wunderkind in the psychological thriller “Immanence,” opposite Michael Beach, is out now. I have three upcoming feature films (“Alaska,” “Pan American,” “The Plantation Tour”) and recur in 5 episodes of the upcoming Canadian TV series “The Taylor Files.” I feel really blessed and happy to be doing what I love for a living. All the blood, sweat and tears are worth it when you get to do what fulfills you every day. I want to continue my trajectory of challenging myself and reaching further into creative ventures that scare me! We can’t grow unless we push ourselves outside of our comfort zones, so I’m constantly trying to do that.

Would you say it’s been a smooth road, and if not what are some of the biggest challenges you’ve faced along the way?
I touched on it a bit already, but there have absolutely been bumps in the road every step of the way. That’s part of the beauty of this industry, but it’s hard at times. I was taught from day one that I was born with the privilege of “The American Dream,” so I am able to achieve anything I want if I’m willing to work for it. Each struggle has taught me something and made me a stronger person. When I was young, I was told that I’m too shy and quiet to be an actress. As a model, I’ve had every look and body part critiqued, criticized and praised. As an actress, I’ve heard the spectrum of feedback for my work. I always take all of it in, and I try to grow from it to make my work better. It is hard sometimes because it all feels so personal since I am my own product, but once I learned that I’m in service to others as a storyteller, it’s helped me to keep going and not focus so much inward. It helps me obsess less about things that don’t matter as much. Perspective and purpose is everything.

As you know, we’re big fans of you and your work. For our readers who might not be as familiar what can you tell them about what you do?
I’m an actress, filmmaker and model. I’m most proud of sticking it out to get to where I am today and for growing more confident in my voice as a creator. I think my work ethic sets me apart from others. I strive for excellence in all I do, and it’s hard for me to leave anything short of bringing my best!

We’d be interested to hear your thoughts on luck and what role, if any, you feel it’s played for you?
I believe in positive thinking and karma. I try to treat everyone with respect and kindness and to maintain a grateful, positive outlook on life. I live by that saying “Luck is what happens when preparation meets opportunity.” So in a way, I believe I’ve earned all my so-called luck. I have been working and preparing for this my whole life, and I truly believe that the best is yet to come :)) 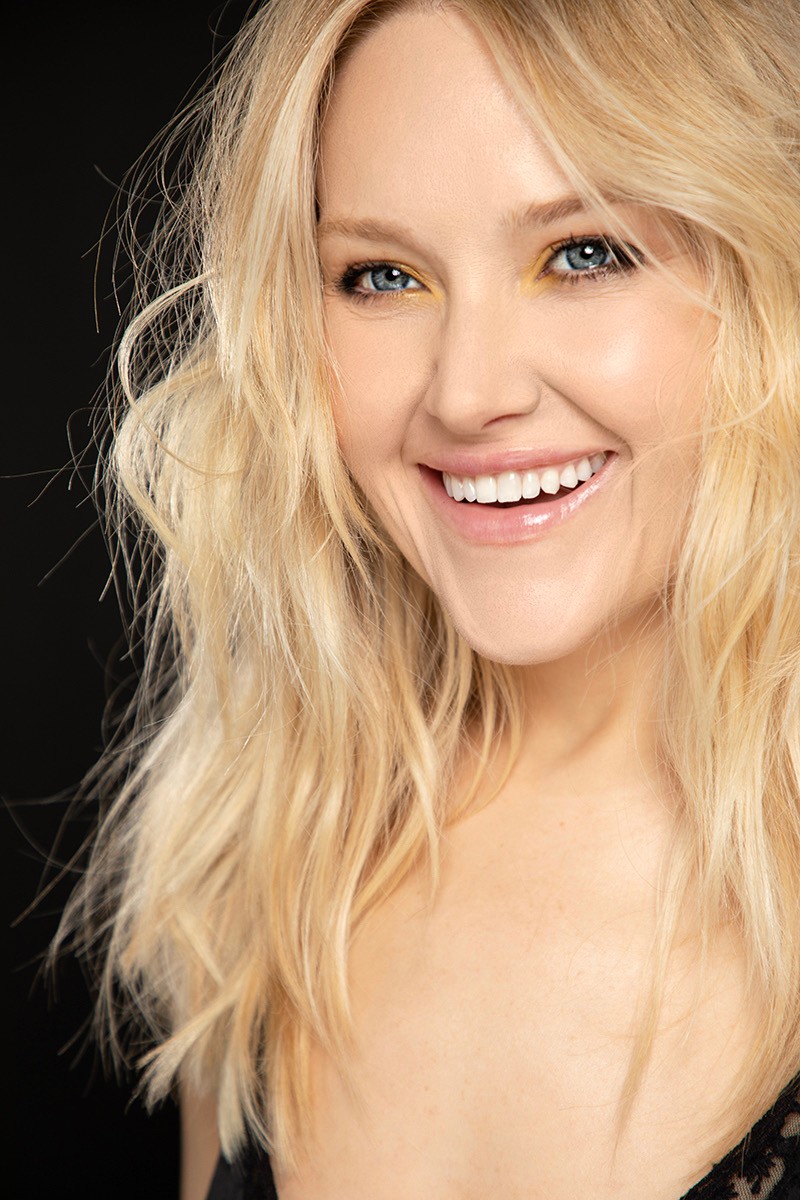 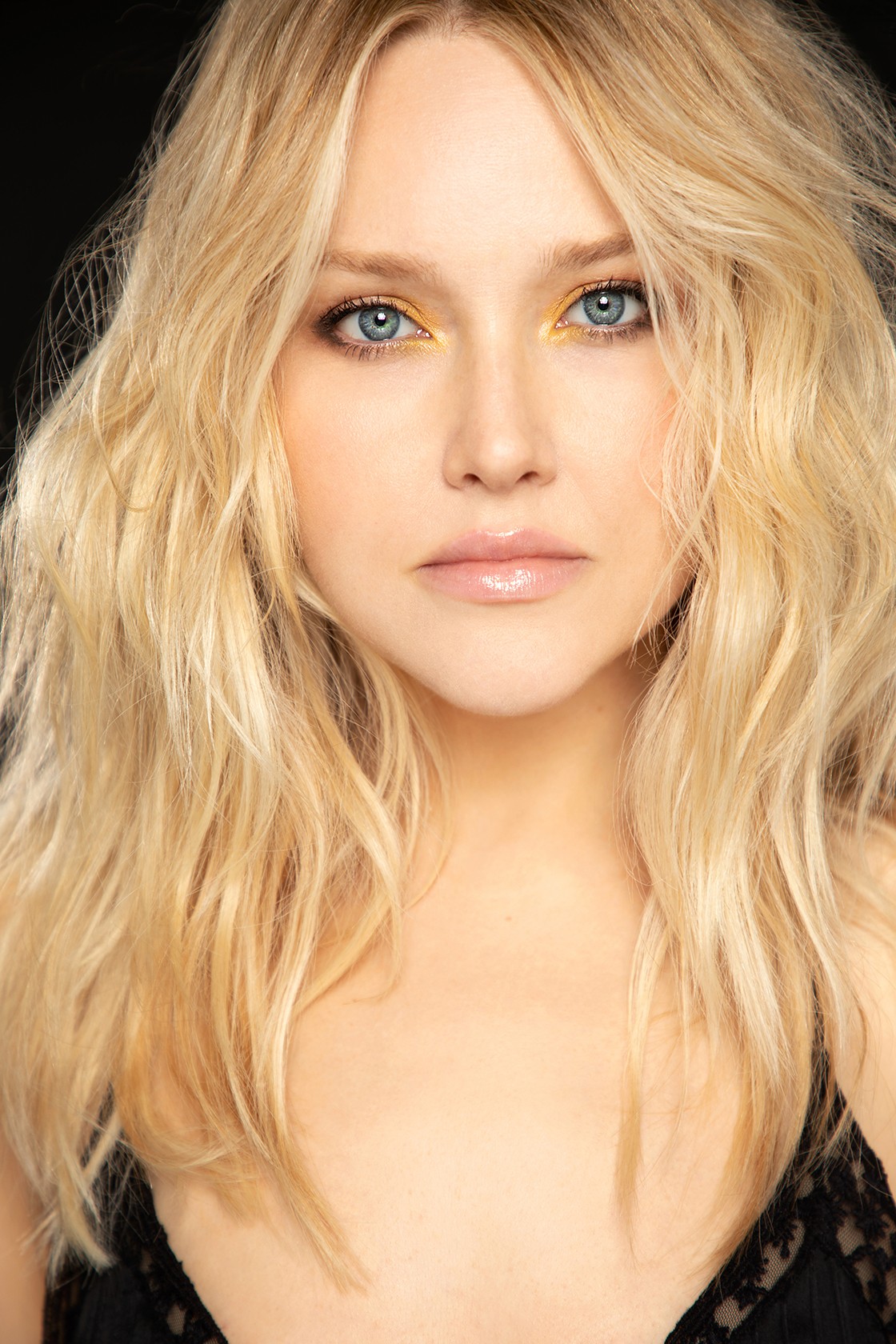 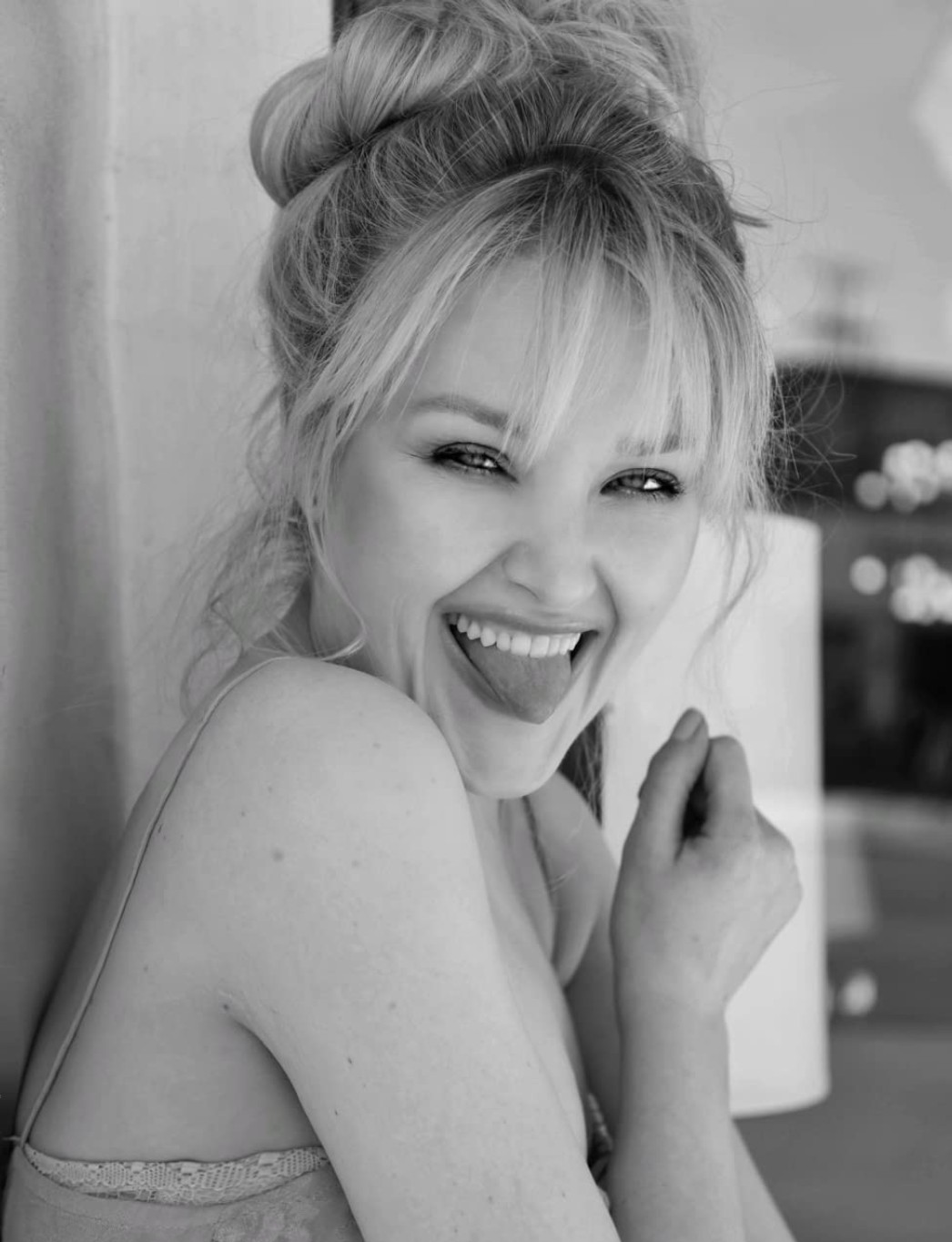 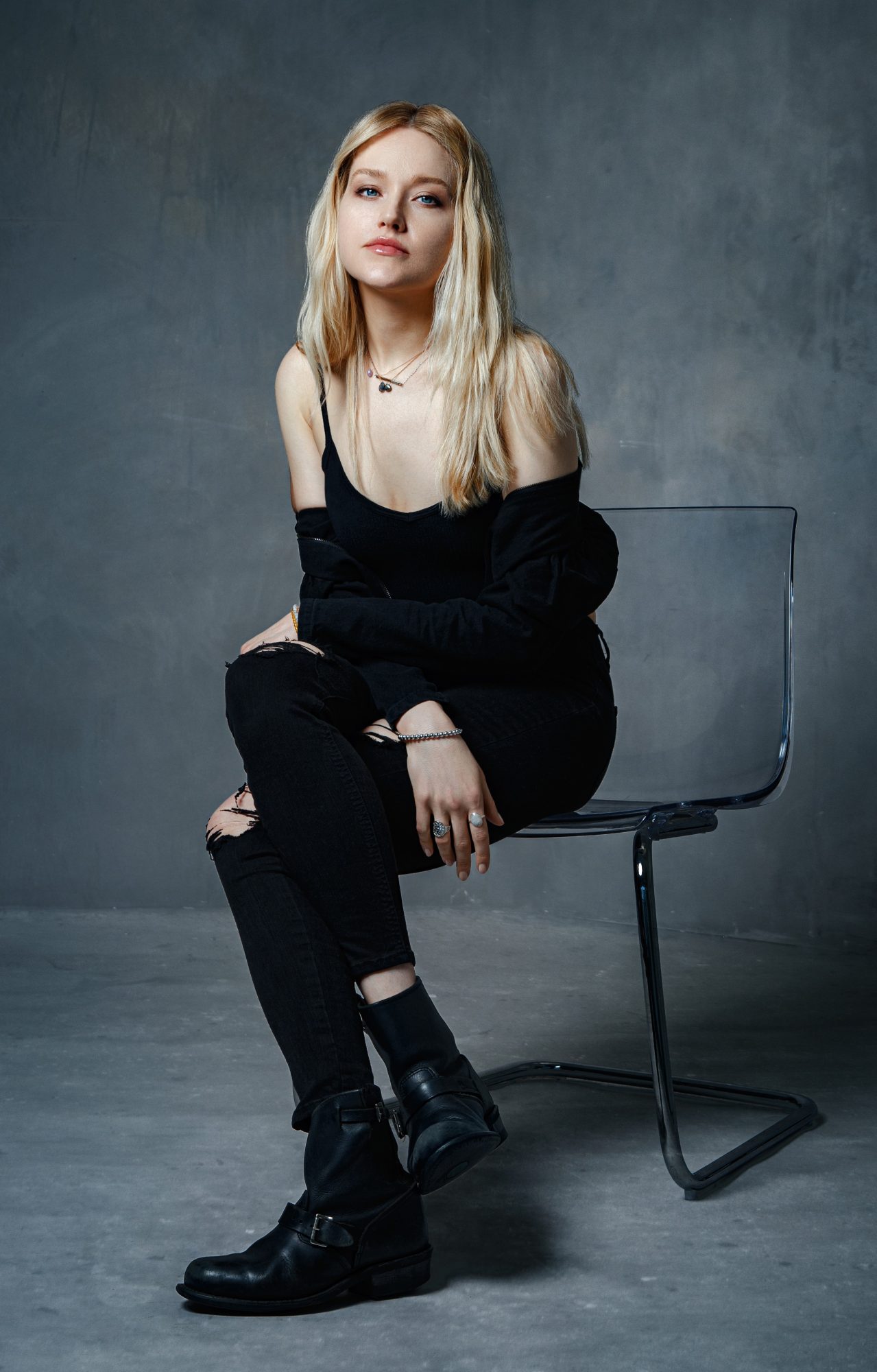 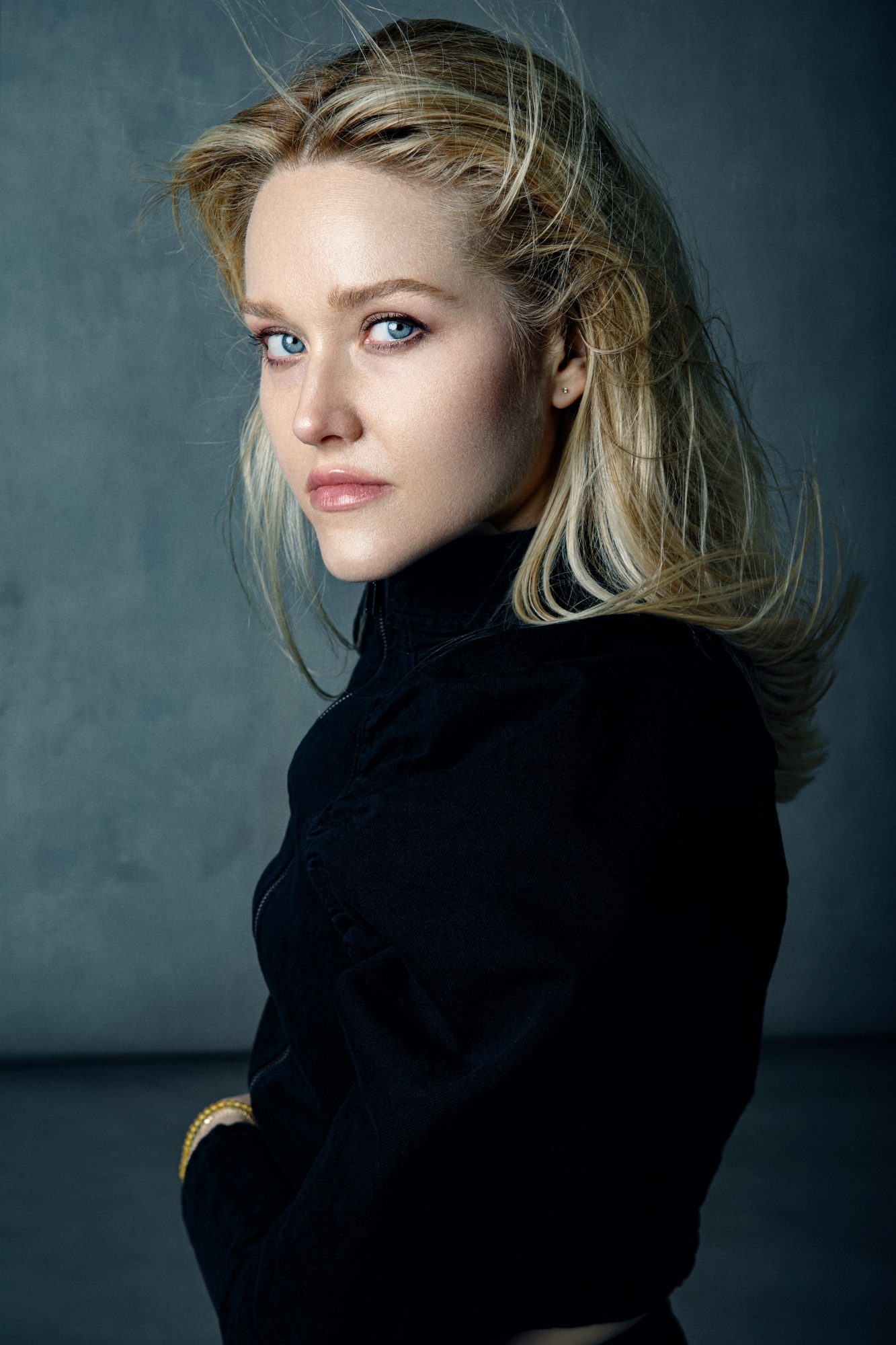 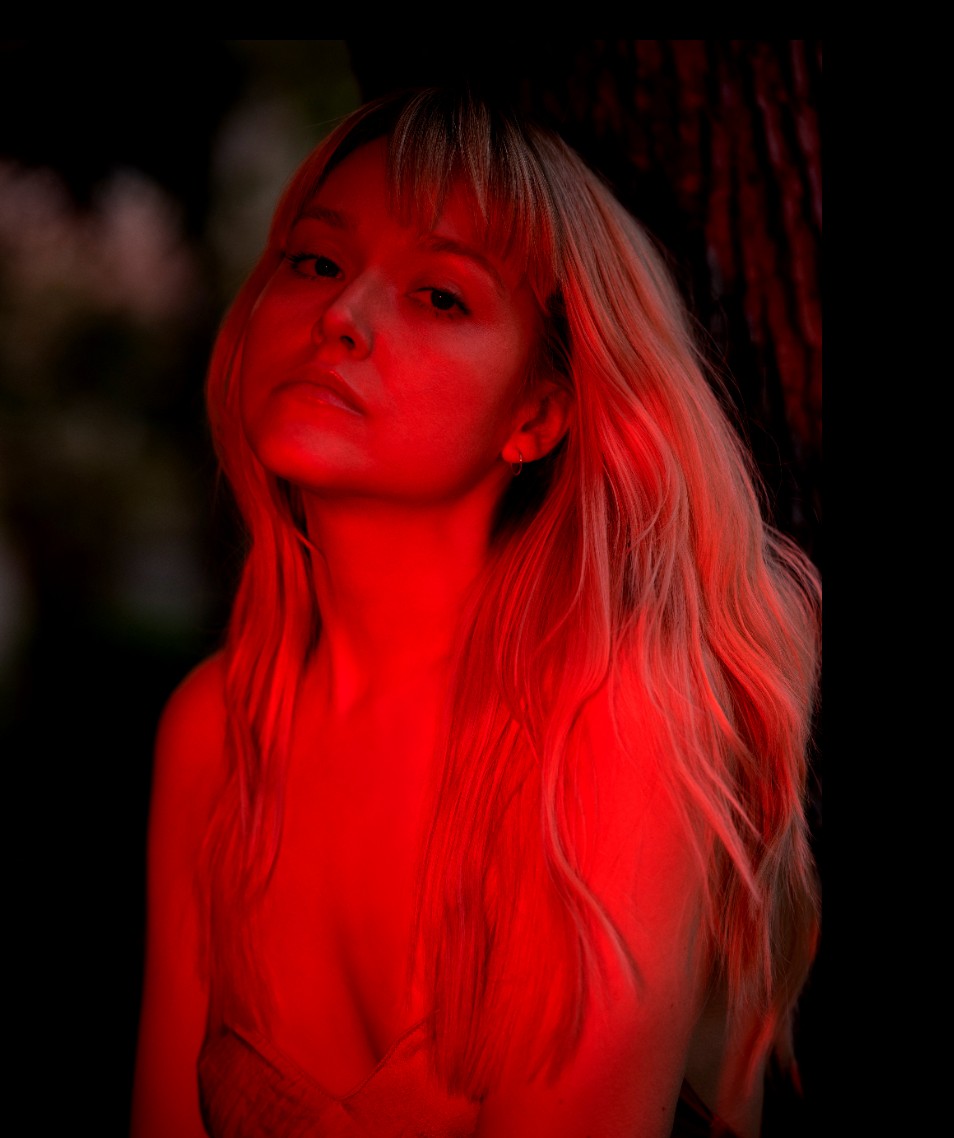 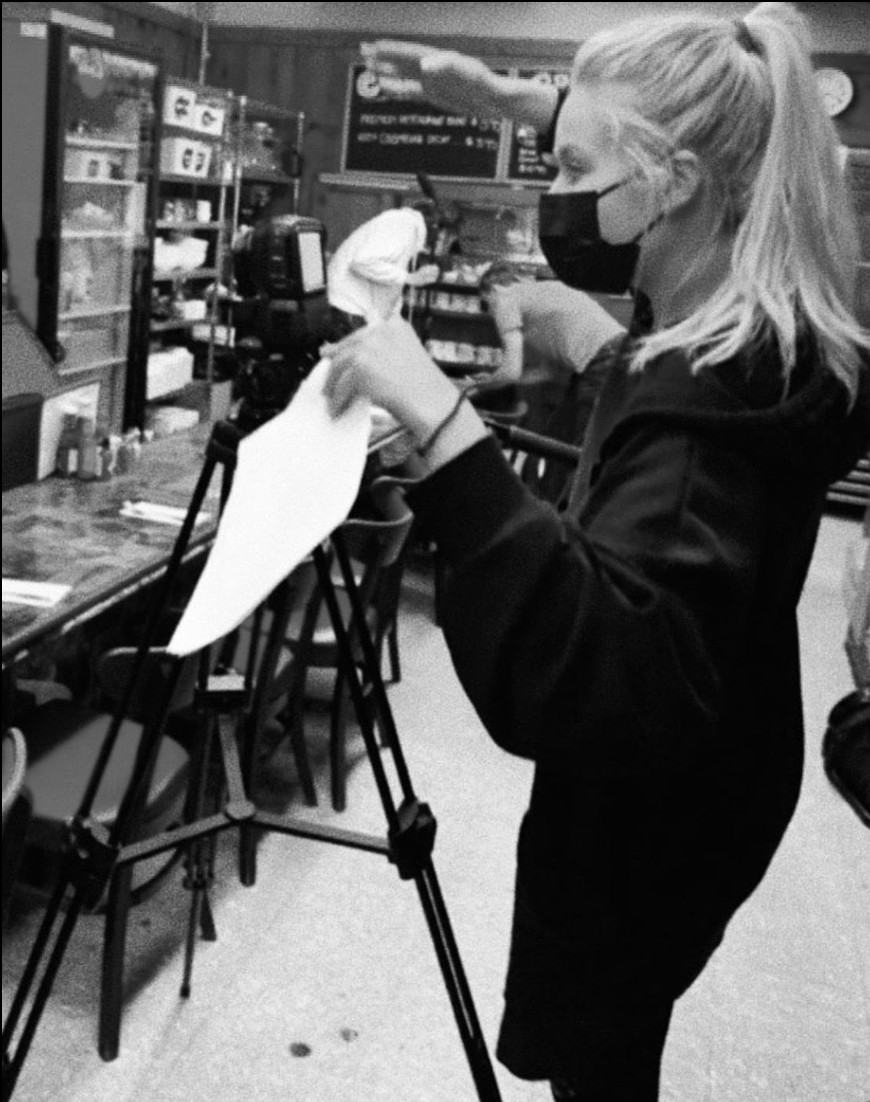 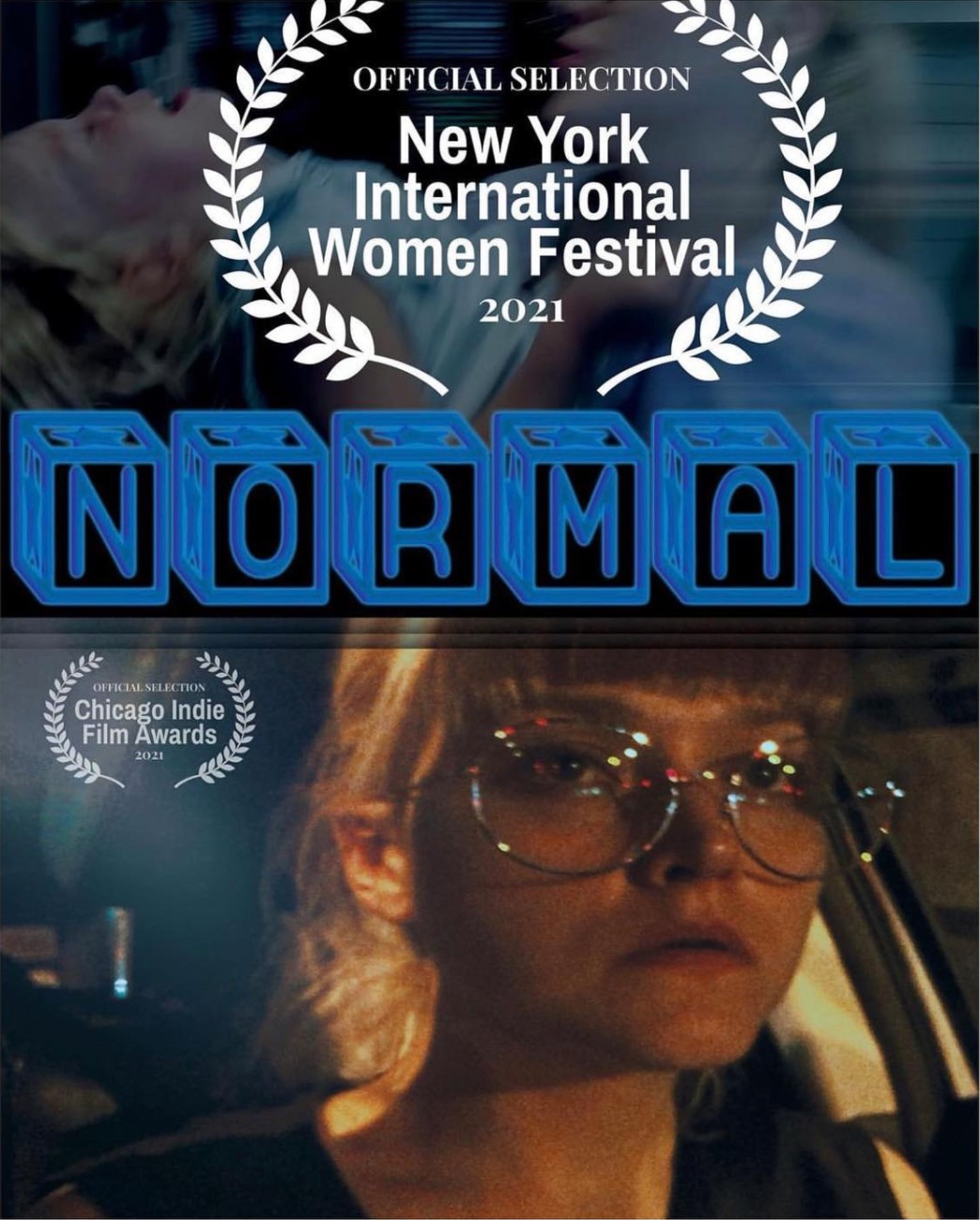 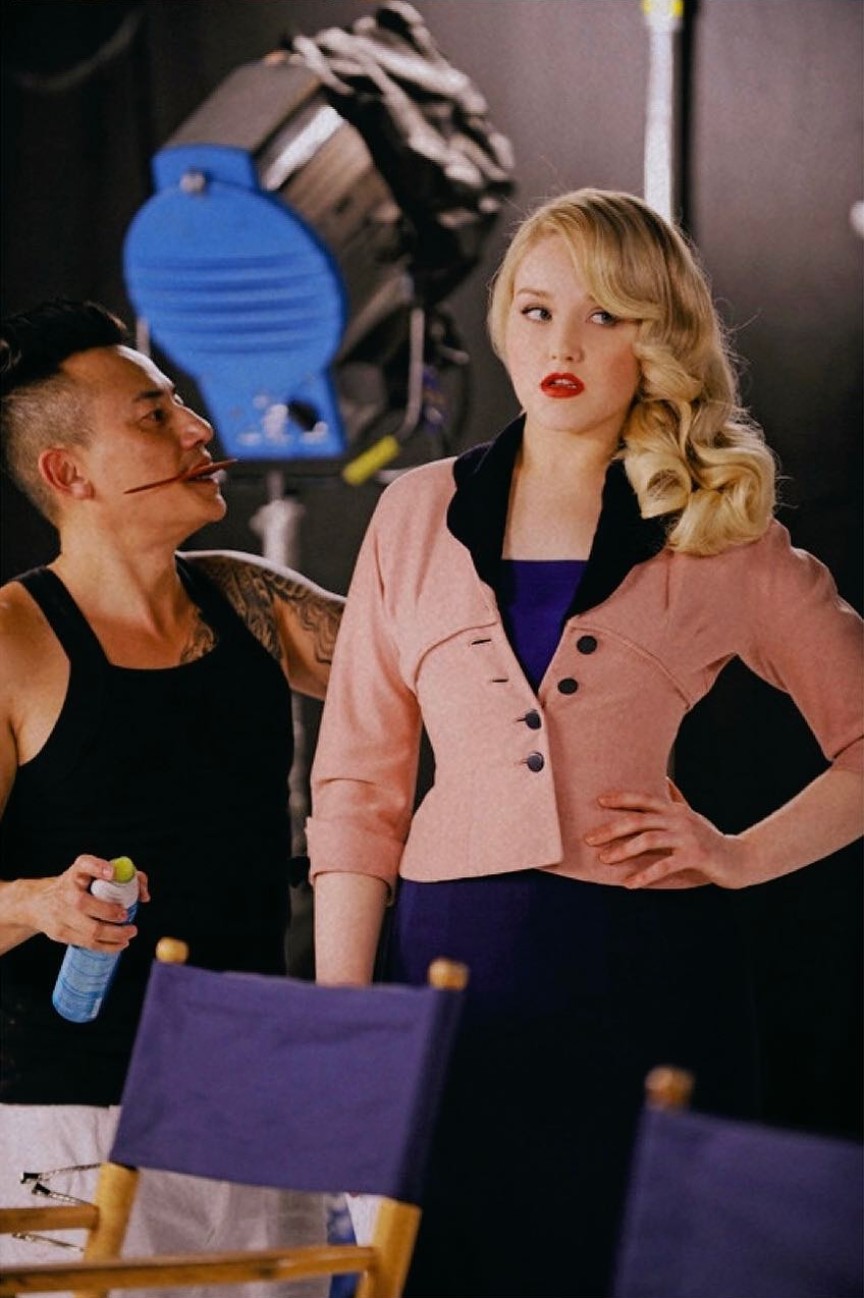 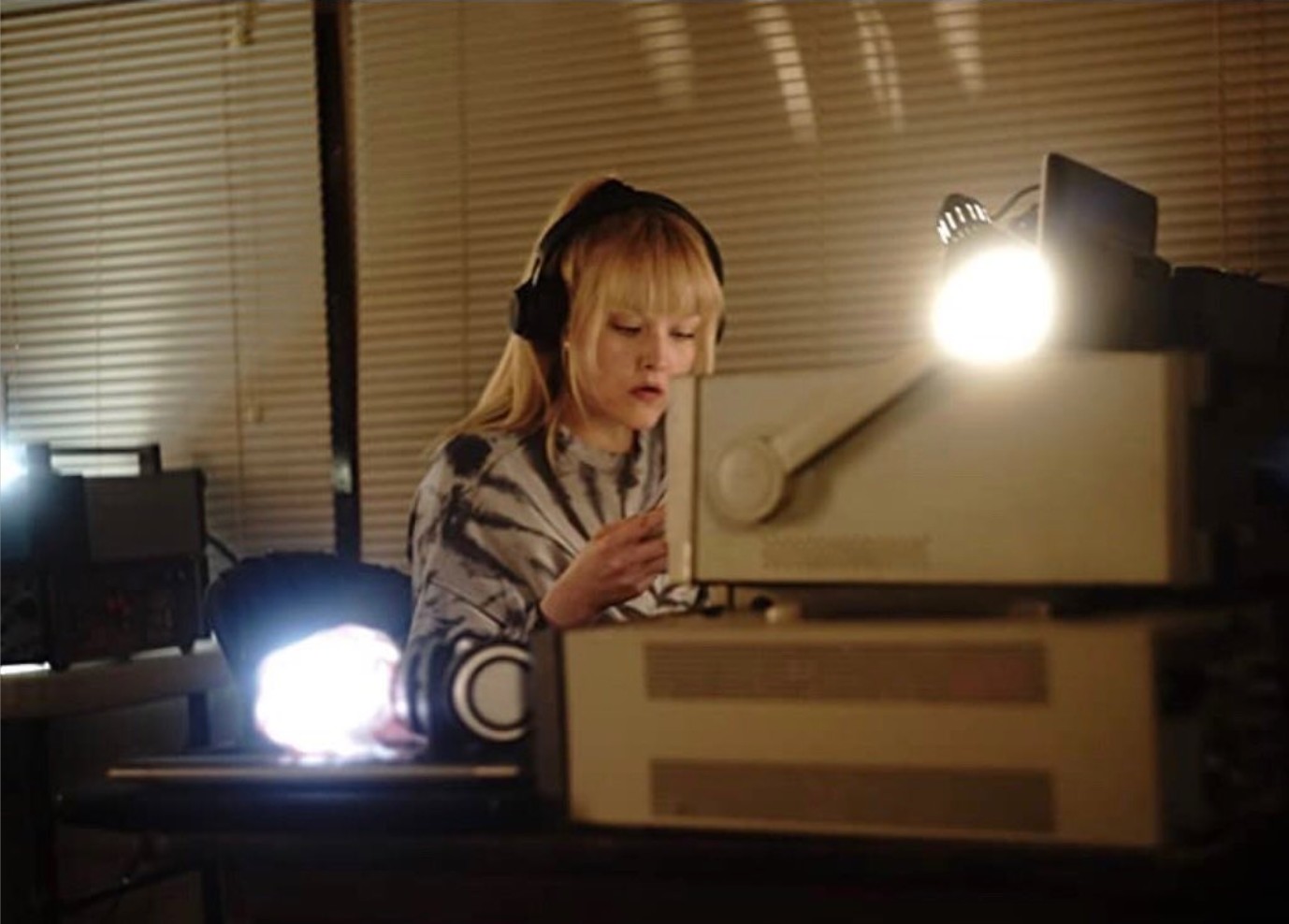