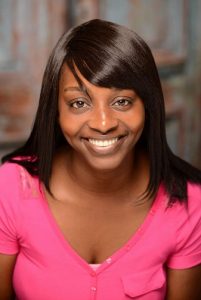 Today we’d like to introduce you to Joykenia Hill.

Hi Joykenia, can you start by introducing yourself? We’d love to learn more about how you got to where you are today?
I am a current resident of Gautier, Mississippi. I was born in Milwaukee, Wisconsin. I didn’t have the best childhood. I watched my mom get beaten and left for dead when I was only four years old. I don’t really remember much of my childhood as I’ve suffered from PTSD as a result of trauma. I began writing when I was eight years old. I started off journaling as a way to express what I was feeling. There were things I could write when I had no one else to talk to. Then I began writing poems as a way to express my creative thinking. I grew up with a love for television. The more I watched, the more I got all kinds of crazy ideas. I used to imagine what it would be like to be the person I watched on TV. As time went on, I began to role-play at home. I pretended to be other people just to take my mind off of the life I had to live with my mom. I started acting at 14. It started off in church, school productions and community events. When I took the stage, I felt alive. I could take everything I felt, everything I wanted to be in the moment and bring it to life. Things nobody knew I went through, I could write them down on paper and bring them to life on stage. It was a way of telling my story. I began writing books through high school.

Finally, I stepped out on faith and opened my Theater Production Company in September 2013. I began writing stage plays. These plays touched on so many things that people go through every single day. In every character I played, there was something in their life that told a story of what I went through in mine. So when I cast the plays and we brought the characters to life, it all became real for me. It was not just a show. It became a ministry. My primary goal was to help inspire or change the lives of somebody else in that audience who just needed someone to care. I started working in film and television in 2017 in New Orleans as a background actor. This is where I met Tre Tureaud and alot of other amazing talented individuals who play such an important role in the lives of me and my children today. I work as a Playwright, Actress, Casting Director, Acting Coach and Producer here in the coast. I do have a dream of one day sharing my work with the world. Until then, I am content on the lives I am inspiring here at home. I have trained professionally and traveled to LA on several occasions for auditions. I did sign with an Agent back in January 2018, but unfortunately I had to take a step back due to marital issues that were out of my control. I am now a divorced, single parent of 6 beautiful and amazing children. I do want better for all of us. Most of all, I want them to be inspired by me and learn to believe in themselves. That no matter what your dreams are, you have to continue to work toward them and never give up no matter how long it takes.

We all face challenges, but looking back would you describe it as a relatively smooth road?
It has definitely not been a smooth road at all. My childhood had been full of nothing but trauma, pain, grief and disappointment. My mother struggled to raise my brothers and I on her own and I promised myself I would give my children a better life. Unfortunately, childhood trauma had followed me, and it has been hard to let alot of pain from the past go. I have walked around with so many fears despite my accomplishments. I got married right after high school and had my first three boys. I was diagnosed with Rheumatoid Arthritis in 2002 after giving birth to my oldest son, so my struggle with health also stood in the way numerous times. After I divorced and remarried, I gave birth to my last three children. Two girls and a boy. I had to juggle working, graduate school full time, obligations at church, maintaining my career as a Playwright and Actress, but most of all I had to be a mother first. Financially it was a struggle, so that always seemed to stand in the way because you have to invest into your dreams. There were so many times I wanted to give up and walk away but I had to keep pushing no matter what. I knew my children were depending on me and most of all, they believed in me. I also struggled with anxiety and depression because of all the responsibility I was trying to carry. My personal relationship with God and my children are what really kept me going.

Can you tell our readers more about what you do and what you think sets you apart from others?
I have an associate in Early Childhood Education and a Bachelor’s in Early Childhood Administration. I’ve worked with preschool children since I graduated high school in 2001. I am also a Playwright at Lady J Productions which is a Theater Production company I started in 2013. I write the plays, cast them, coach and train my actors, conduct rehearsals, and produce them on stage. I have a team of amazing people who believed in me since I moved to the coast in 2008. Without them, I would not have maintained my company and work this long. I’ve worked as a Substitute Teacher with Kelly Services since 2019. I work with children ages PreK to 12th in Public Schools here on the coast. I also continue to work as a background actor in New Orleans during the summer when I’m out of school. I am mostly known here for my work at Lady J Productions, although many people know me from church. I worked as both a Director of Dance and Assistant director of drama for the youth. My children have been raised here, so other young people look up to me. They look at me as a mother figure and I’m always there to encourage them. I have a major soft spot for young people and I have known for that. I am most proud of the fact that even with six children, and no matter what struggles I’ve faced, I’ve been able to accomplish so many of my goals. There were so many times where it got hard and complicated but I refused to give up. I still remember my first background role in a major film “Girls Trip”. My community of supporters were so proud to see me on the big screen even if it was just in the background. They all know my childhood dream and how hard I’ve worked to accomplish them. Having the support of my community, knowing they believe in me too also kept me from giving up so many times. What sets me apart from others is my strength. I’m probably one of the few if not the only one with so many children and still accomplishing so much right here on the coast. My drive, determination, and my passion set me apart from other people here. It’s not about money for me. It’s about the purpose. It’s about the lives I can change and the hearts I can touch.

Is there a quality that you most attribute to your success?
I feel that my commitment and passion is the most important to my success. It takes time and works to make it to where you want to go, especially in the entertainment industry. If you can’t commit to the work, time, energy it takes then you won’t succeed. If you don’t have passion for what you do, then you won’t be able to last. Plus, I am humble and patient. That is what makes the drive I have for commitment even stronger. 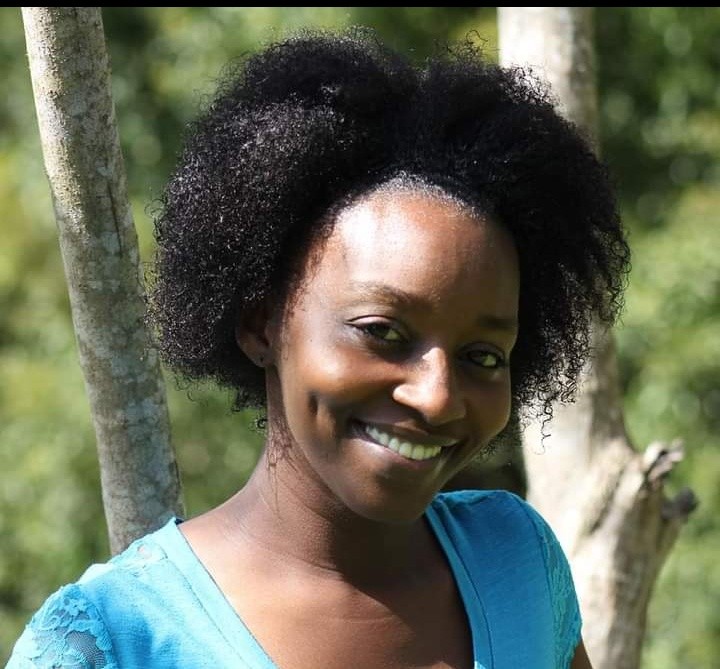 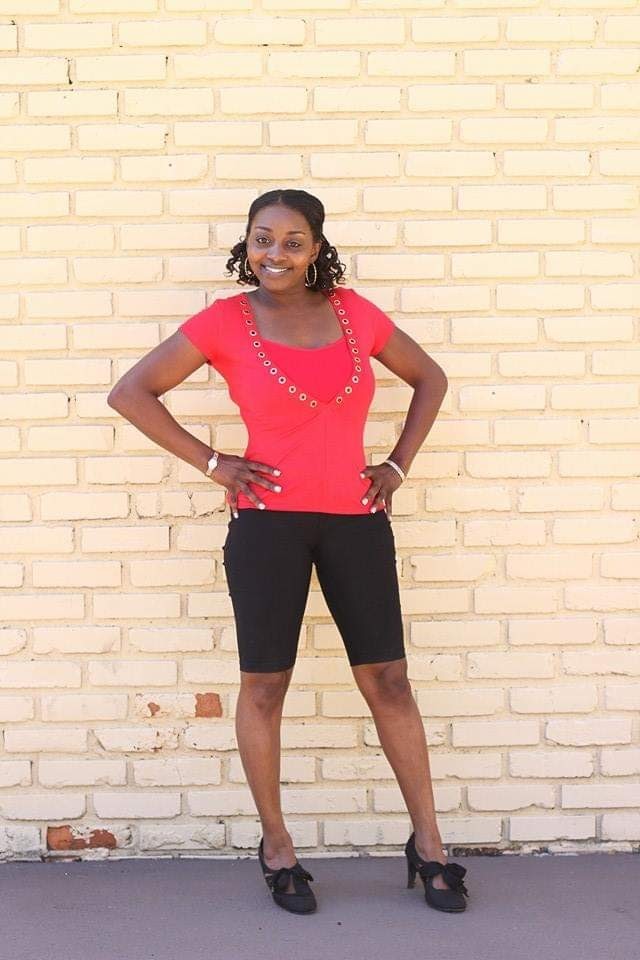 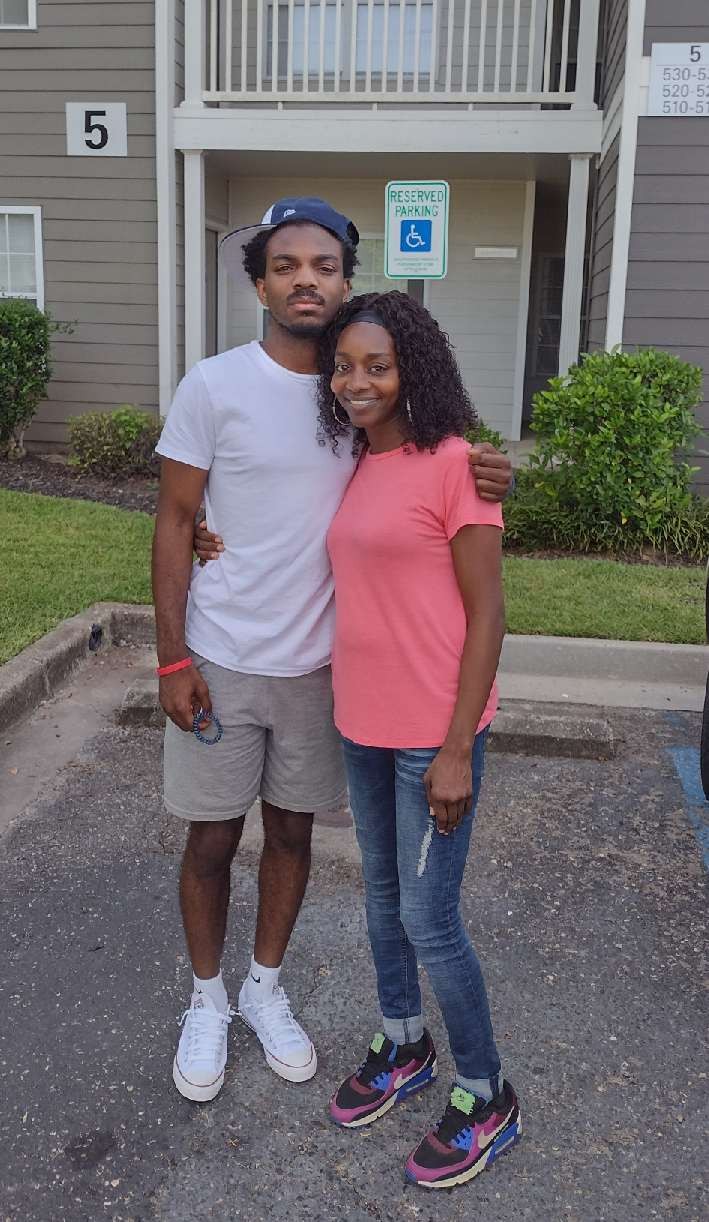 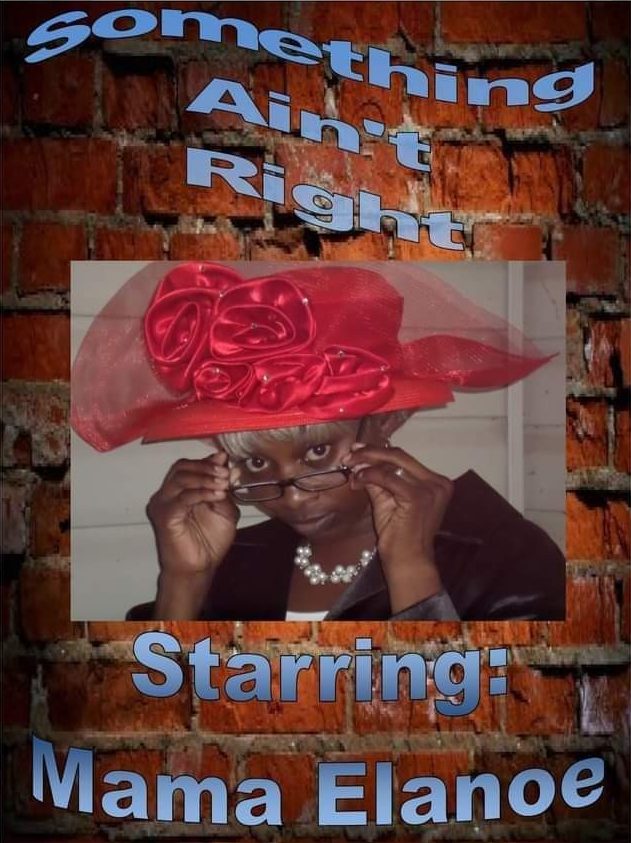 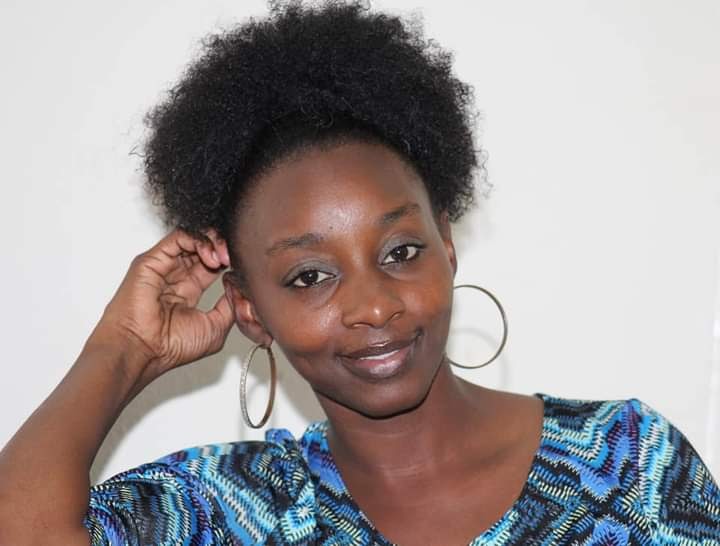 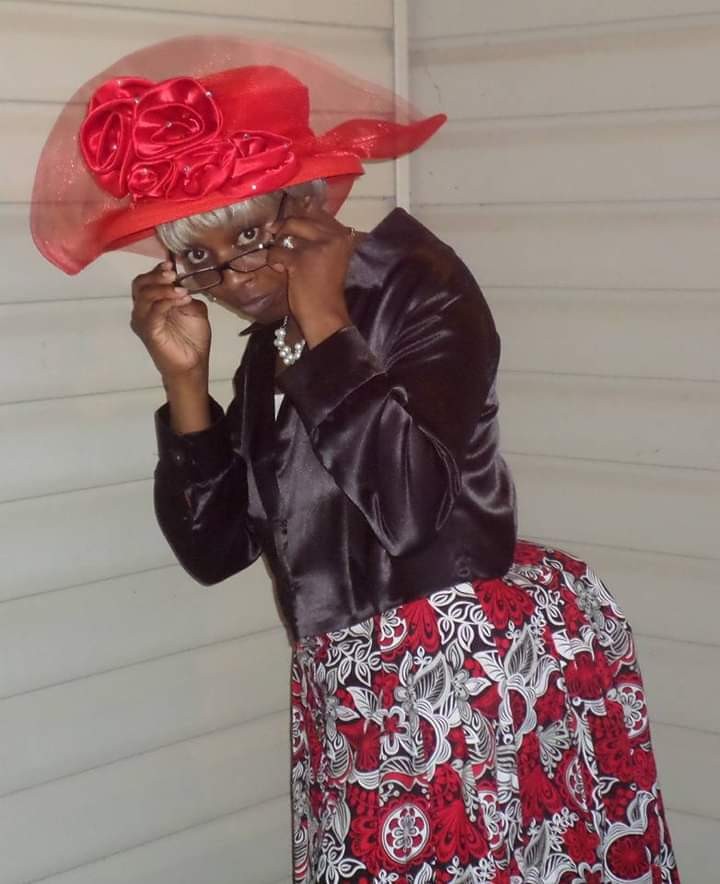 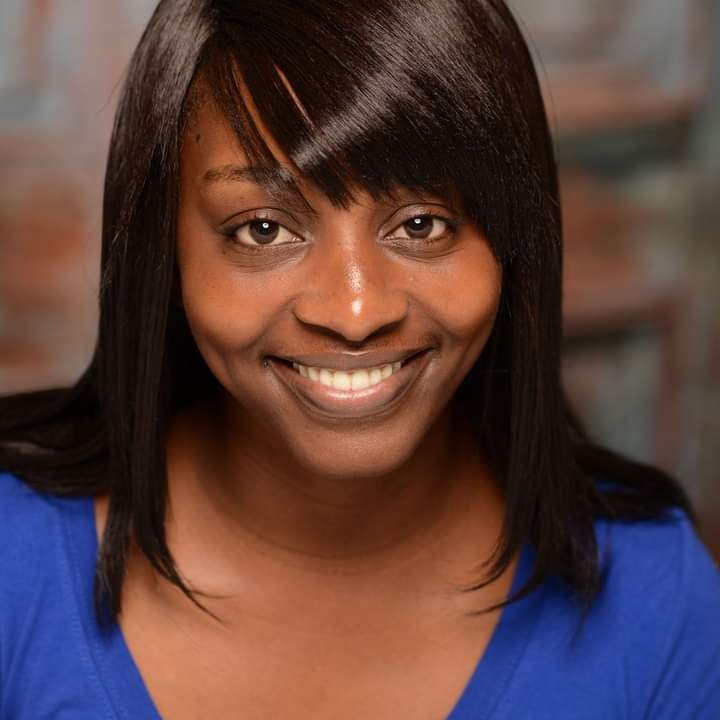 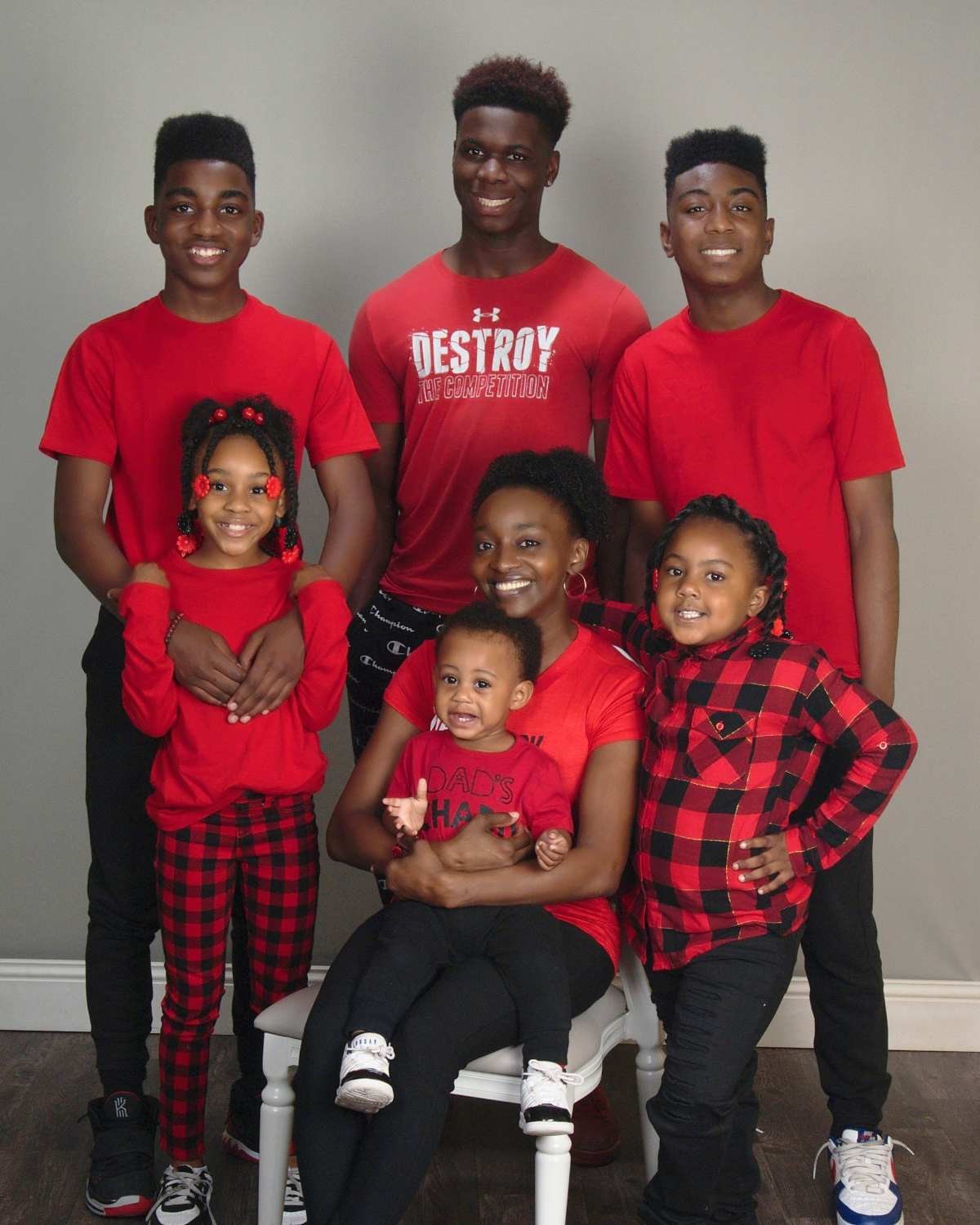