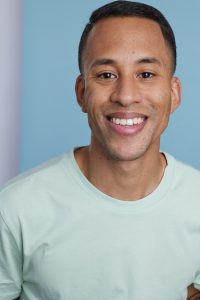 Today we’d like to introduce you to Jon Meggison.

Hi Jon, we’re thrilled to have a chance to learn your story today. So, before we get into specifics, maybe you can briefly walk us through how you got to where you are today?
When I first started out in the industry. I was only interested in doing commercial print modeling. This was late 2019, before the pandemic was a thing. I had signed with Seattle Talent at the time with Hank Ritter and he had convinced me to try out Acting, so I took a few days to think about it and I had went back into the office and told him “okay I’ll try it out” I had done a few auditions for commercials he had sent me and I booked my first gig five months later which was a HTC vive commercial. Then after that, I booked my second commercial with them which was for CHI Franciscan Hospital, then a commercial with Little Creek Casino. At this point, I was really happy I had made that choice. Come January 2020, the pandemic hit and the industry took a hit. Everything was closed & shutdown and I was at a point where I was just getting in the door and was left with no knowledge on how things work. I didn’t know how to audition, I didn’t know how to self-tape, I really didn’t know how to act I didn’t know who I was as an actor yet. So for two months straight, I was making YouTube videos with random monologues and scenes and reaching out to all filmmakers in the area trying to be in their films. I booked my first role on March 14, 2020 in Portland, Oregon. Where I booked a small role in a feature film called “Operation Y2K” as the role of Travis. And from there, it all happened really fast. I ended up signing with IMD Inc located in Medford Oregon where I got my agent Hollie TendBerge. I have been with IMD little over a year and half now and booked a really great commercial with them for “Lithia Motors. After signing with them work was pretty quiet. my manager name is Alexi Angelino at Aka management. So I spent the rest of my time self submitting to filmmakers in my area trying to get many opportunities as I could. I used Covid as an opportunity to work on my craft and get in front of the camera much as I can.

At the end of 2020, I was able to be a part of 11 films that I self-booked all myself and five commercials that I got from my agents IMD & Seattle Talent… Now I fast forward and I was recently awarded for “Best Lead Actor” award in the 2021 Short Indie Film Competition for a film called “It Takes Talent” I played the lead of Marcus. This is written and directed by Roleph Dubreus. This film itself was awarded Best drama in the Paris Film Festival. You can find everything about it on IMDB. As of now, I have started a new project as a lead in a feature film which is my first. It is called “A haunting in RavenWood” written and directed by Calvin McCarthy it is a horror film that is produced by Breaking Glass Productions. In this film, I am playing the role of Eric Olsen. It’s about a newlywed couple that arrives at the house of Eric’s late wife, where the flowers have been maintained to the dead woman’s (Eric late wife) memory. Soon, eerie events lead the new wife, Mary (Chynna Rae Shurts) to believe she is losing her mind. This movie also stars the Legendary Eileen Dietz who is known for Excorcist, Halloween, General hospital and many more. And also features Jackey Neyman Jones. This being my first lead in a feature and getting to work with the people I have has been a blessing and really grateful. This film takes place in Portland, Oregon & Yahmhill, Oregon.

How I got here today what many people lack is the consistency & patience. Those two things, I believe are the most important things when it comes to pursuing an industry like this. I did all through Covid and told myself “everything will be fine and to just enjoy the unknown”.

Alright, so let’s dig a little deeper into the story – has it been an easy path overall and if not, what were the challenges you’ve had to overcome?
It definitely has not been a smooth ride. Like I had mentioned, I started at a time when Covid had hit. And the whole industry had completely shut down. So not only was I new to everything, I didn’t know what to do. I knew nothing about the industry, I knew nothing about how to audition, I didn’t know how to practice I was really just clueless. So what I did was watch a lot of YouTube channels on how to get started and how to self-tape. And after doing my research, I figured self-tape was going to be on the new thing. So not only did I work on myself tape game but I was also working on how to do monologues and how to act. It was frustrating because I didn’t know what it was doing. I didn’t know if I was doing anything right. At the time, I had nobody I could reach out to. So I spent hours and hours researching and practicing in my bathroom in front of the mirror. It was a struggle trying to figure out WHAT kind of actor I was and what was gonna be my thing. Tv? Film? Comedy? Drama? I didn’t know. So I spent majority of my time researching that and just asking myself.

Thanks – so what else should our readers know about your work and what you’re currently focused on?
So I specialize in TV/Film. Specifically Drama and comedy. Currently, what most people know me for is the films “It takes talent” where I play the role of Marcus. And was recently awarded “Best lead Actor” Equus landing is another film. Where I play the role of “Trysten” this film is written By John Mannion and produced by Spark & Wick Productions. What I would say I’m the most proud of is the film I am working on right now A haunting in RavenWood. It’s different than the roles I’ve done in the past and it’s my biggest role to date. It’s the lead role for a feature film which is also my first and it’s gonna show the audience something different. What I think that separates me from others Is my versatility that I am able to show. I’ve done a lot of comedy and Drama where I play the boyfriend, the rapper, the nice sweet guy, which is what you would think when you look at me.

In this film, I’m playing an evil, mean, manipulative suave bad guy that is just not a person people are gonna like. The total opposite to what I’m normally doing. I’m stepping away from being a typecast and showing I can be other things I can do more. And there’s nothing wrong with being that but I’ve always wanted to be a person with so much range and not be limited and I think it’s a hard thing to do.

How do you think about happiness?
Family is always going to be the number one thing. But if we are talking about my work, I’m going to say anytime I am on set. There’s no better feeling being back on set and getting ready to prepare to film for a new role. It gives me a feeling that is I just indescribable, nothing else matters at the time and I’m just living in the moment. 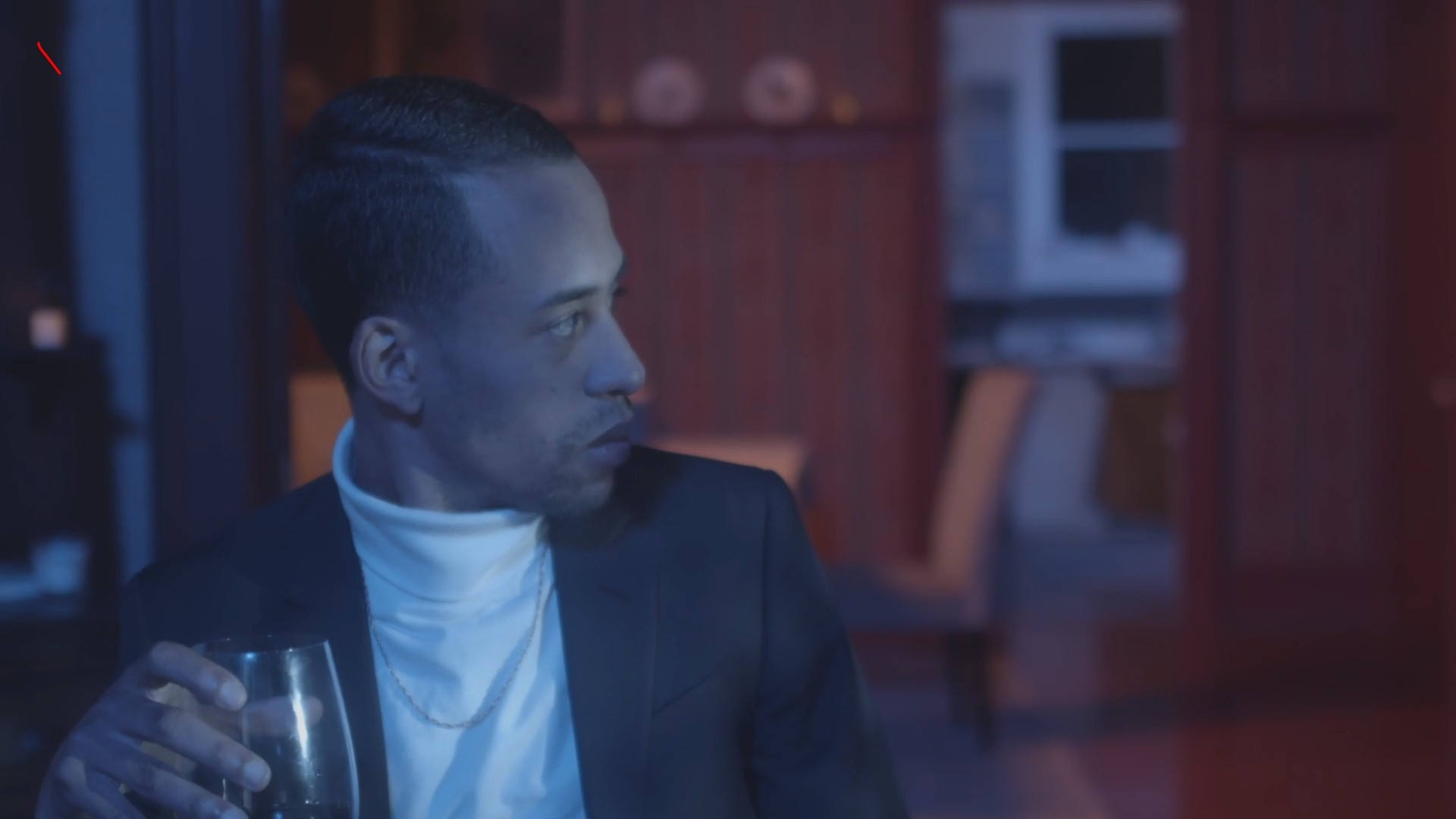 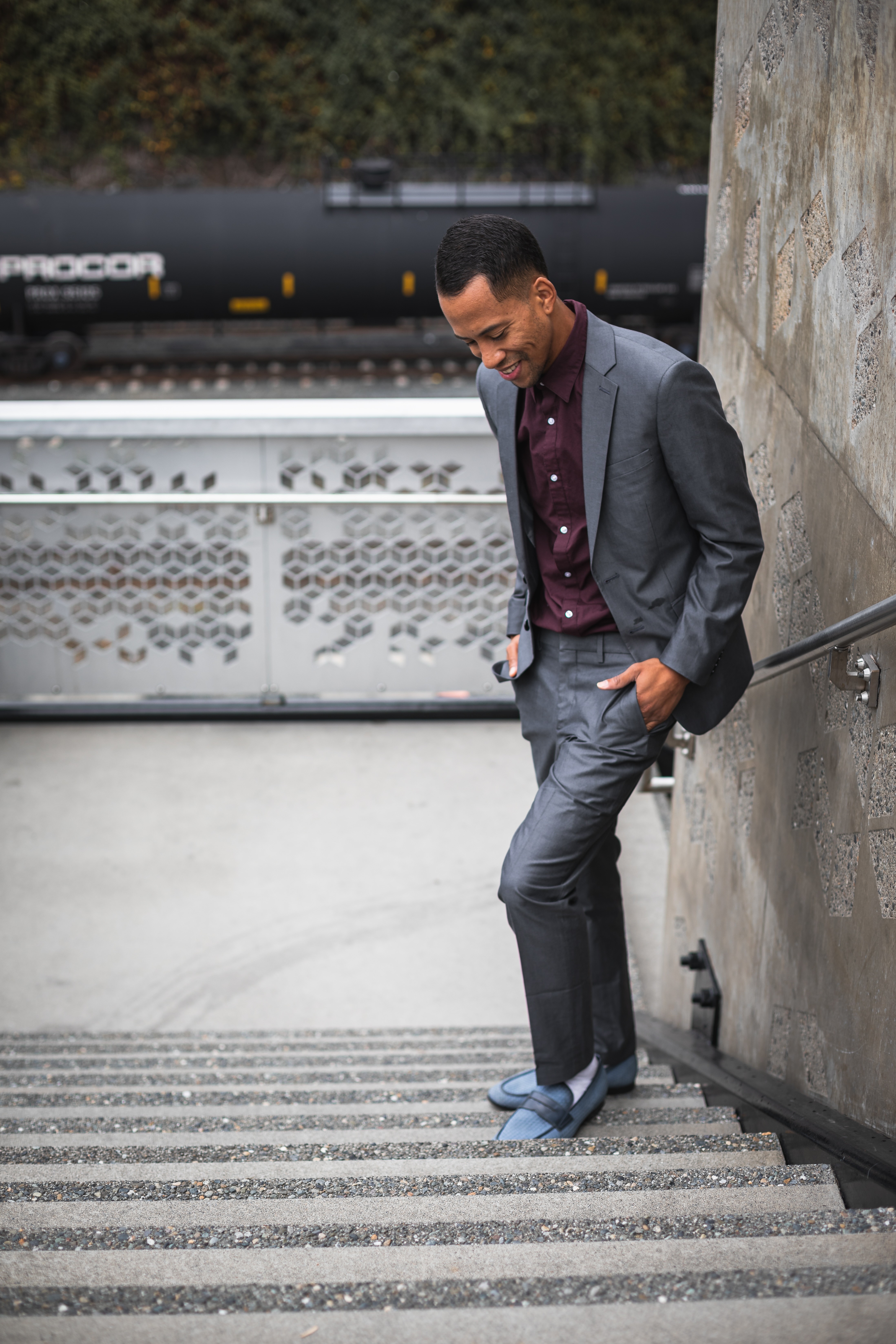 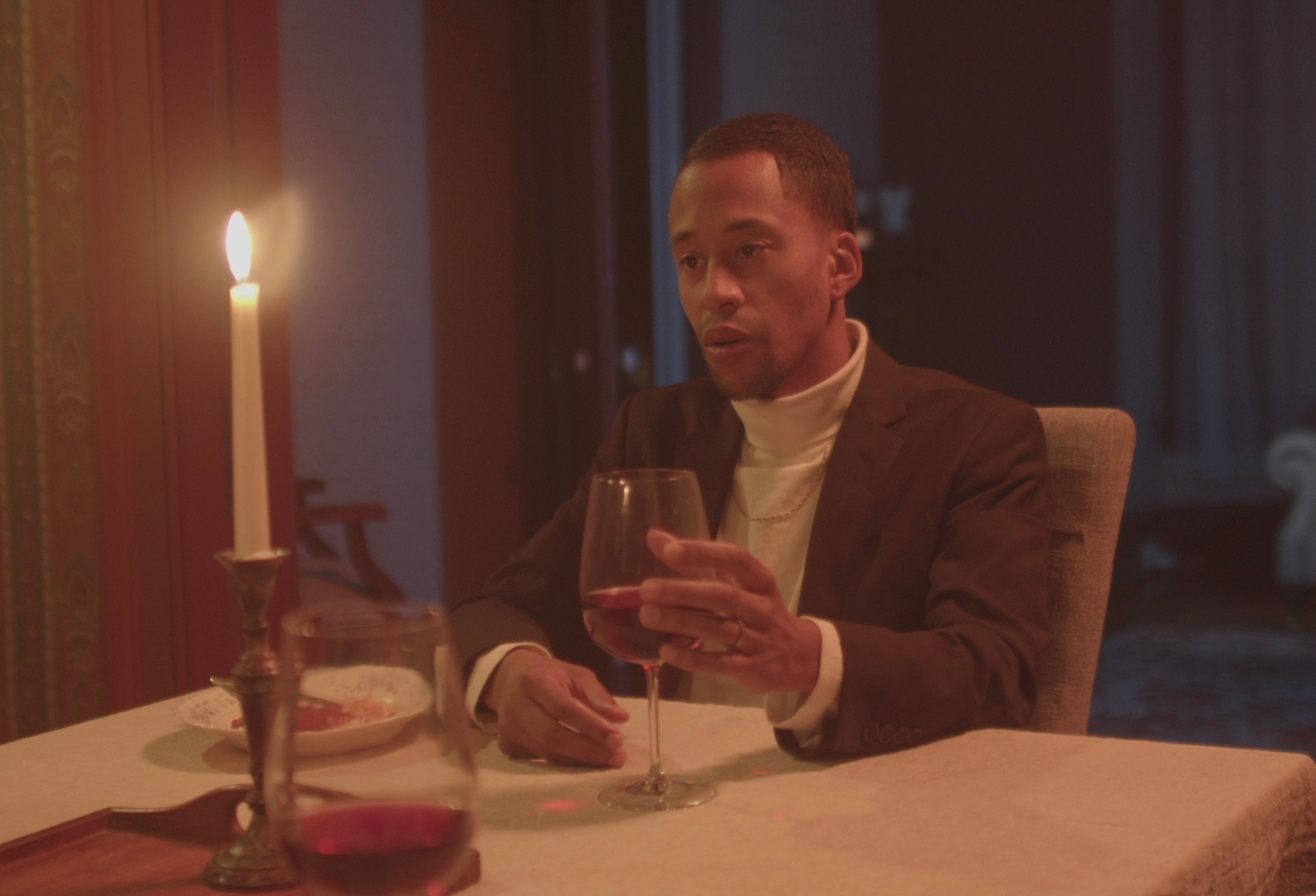 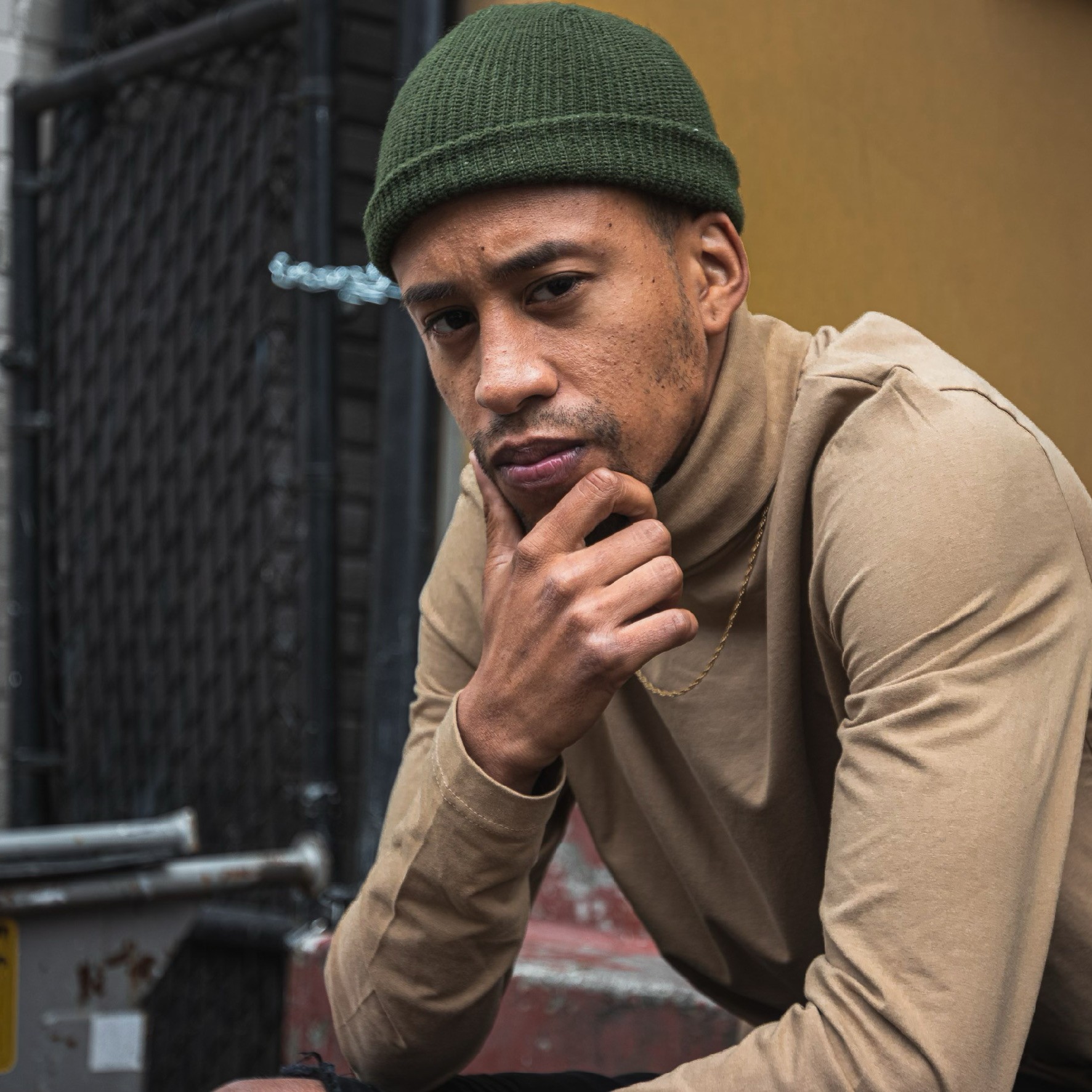