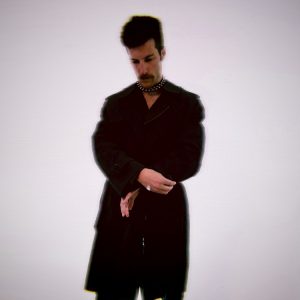 Today we’d like to introduce you to John “Shadowaker” Tuttle.

Alright, so thank you so much for sharing your story and insight with our readers. To kick things off, can you tell us a bit about how you got started?
My musical journey begins when I was about five years old when my family bought me a guitar for Christmas. Shortly after, I started taking lessons and doing recitals. I think my parents have a photo of me on stage at that age with the guitar being as big as me. I had like three teachers over the course of about ten years, and each one influenced my approach to guitar in a different way. I’m thankful to have had those different perspectives because I feel like it kept me from falling into one lane.

Later on, I would guess I was 12 years old, my dad bought me a Mac Mini because he heard about Garageband and wanted me to try it. This was one of the most pivotal moments in my life. Up until this point, I was a freak about guitar, wanting to be the best in the world, listening to Joe Satriani or Eddie Van Halen as my kings of guitar. However, upon the discovery of home recording software, I realized I wanted to be an artist more than I wanted to be just a guitar player. Being able to create whatever was in my brain as a pre-teen and then teenager was groundbreaking for me. I later bought Logic Pro and took a deeper dive into production and songwriting. I made mix CD’s and gave them out at my high school. It was terrifying to put myself out there, but I always knew this was going to be my life. I never did music halfheartedly like it was just a fun hobby. I was obsessed with it and still am.

My dad loved music and would actually assign me an album per week to give him a short essay on; The song structure, the way it made me feel, the different dynamic moments that were special to me, etc. So I have been studying music and appreciating it since I was a child. To this day, it’s so dorky, but I stream music like it’s a social media feed. I could actively listen to music for hours. I just love searching for music that makes me feel something.

I’m jumping around, but I made some try-hard, cringe-worthy music videos with my friends, I played guitar and sang in local rock bands, I played gospel music in a small town church, and I probably had some other musical activities I’m forgetting. I ended up going to college for “Music Business,” which is where I honed my mixing and production techniques further. Around that time is when I started to take one project really seriously: Dream Chief. This consisted of myself playing guitar, drum machine, and singing while my cousin Luke played multiple synthesizers and sang as well. We started just playing divey venues in Indianapolis and little college shows for our friends. It quickly grew as we self-released music and played bigger shows in the midwest. We began collaborating and working with some awesome people who really believed in us at this little boutique indie label. It was cool because we were all actually friends first and genuinely liked and trusted each other. Anyway, we released a single that popped off and reached #4 Global Viral Tracks on Spotify. We toured all over the U.S. and opened for a ton of killer artists. Dermot Kennedy, Phantogram, Bishop Briggs, Portugal. The Man and The Band Perry to name a few. I moved to Los Angeles and Luke moved to Nashville, so this project is in a sort of hiatus now if you will.

Around the beginning of the pandemic or shortly before, I embarked on a project I’m currently pouring into. It’s called Shadowalker. This began as my chance to fully experiment and share art that I felt like would push the envelope. With less genre guardrails, I bounced around the electronic music spectrum quite a bit. I love fat basslines and minimal tech house music, but I still always crawl back to a proper song structure; I’ll always be a songwriter. Guitar is still a pillar in my music too. I have this weird dichotomy where I’m drawn to dark, angsty electronic music (Nine Inch Nails, Gesaffelstein, Crystal Castles), but I also love etherial hyperpop (AG Cook, Charli XCX, Bladee, Sophie, and many other artists). I feel like I am a combination of Yung Lean and a French techno Dj or something. I don’t know anymore! Shadowalker was featured in Fresh Finds, Cellophane, and I think some other cool Spotify editorial playlists. I really just get so much joy from the people that DM me videos of them bumping my songs in their car with their friends or djing my track at an underground rave or even just in their living room watching my music videos. I still have a long way I want to go, but even at this stage, I see how music is so transcendent and can really benefit people’s lives. Rich or poor, young or old, I will never stop creating.

We all face challenges, but looking back would you describe it as a relatively smooth road?
That’s tricky to pinpoint. I don’t think I have struggled more than any other artist per se, but I think being any type of creator requires a ton of perseverance and a fountain of everlasting belief in the work you’re making. I have had a ton of doors slammed in my face and learned a lot of hard lessons, but I’ve also been super blessed and lucky to still be doing this every day. It is a constant grind, but I think if you love something, the work is the fun part. I’m preaching to myself here too, but the process is just as fun as the result.

Thanks – so what else should our readers know about your work and what you’re currently focused on?
I suppose I’m known for different things depending on who you ask! There are definitely people that would call on me to finish a song they are writing when something is missing. I think I have a knack to write compelling material pretty quickly. It didn’t use to be like that, but the exercise of constantly staying prolific has enabled me to be more refined overall. On another side of me, I think Los Angeles has opened up so many doors for me as a producer. In that regard, I think a lot of people think of me in that role too. I try to leave every session with something in hand. I think people get excited afterward because I make sure we always get something. Even if we have to pivot multiple times, I want the artist I’m producing to be stoked when they leave that day. As a performer, I think I’m known for bringing energy and confidence to a stage. I may be a little nervous beforehand, but once the music is rolling, I flip a switch. (That sounds kind of cheesy, but I really do!)

It is hard to talk about what sets me apart because I’m so inside my own head all the time. I don’t have the perspective. However, I think I have a lot of life experience crammed into a young person’s life so that influences how I remain disciplined in my pursuits and try to maintain integrity. I grew up by a county line: one side had schools with metal detectors, section 8 housing, and an area where the murder rate seems to increase every year. The other side had cornfields, big trucks, and quiet subdivisions. I lived in Mexico for four months doing mission work and building homes for poor families. I was really athletic and into sports, but I always chose music. I was homeschooled but then went to public school. I’m from Indiana but have always been drawn to LA. All these little details have shaped me into who I am now, and that affects my music greatly I’d say.

Is there anyone you’d like to thank or give credit to?
I will for sure forget someone here, but here’s a quick shoutout to my parents for always pushing me to pursue my dreams and chase excellence in everything I do, my awesome wife for being my foundation in all the ups and downs, my cousin Luke for being a big part of this journey early on, my good friend Owen for speaking into my life back then, and so many crucial friendships that have made it all possible. 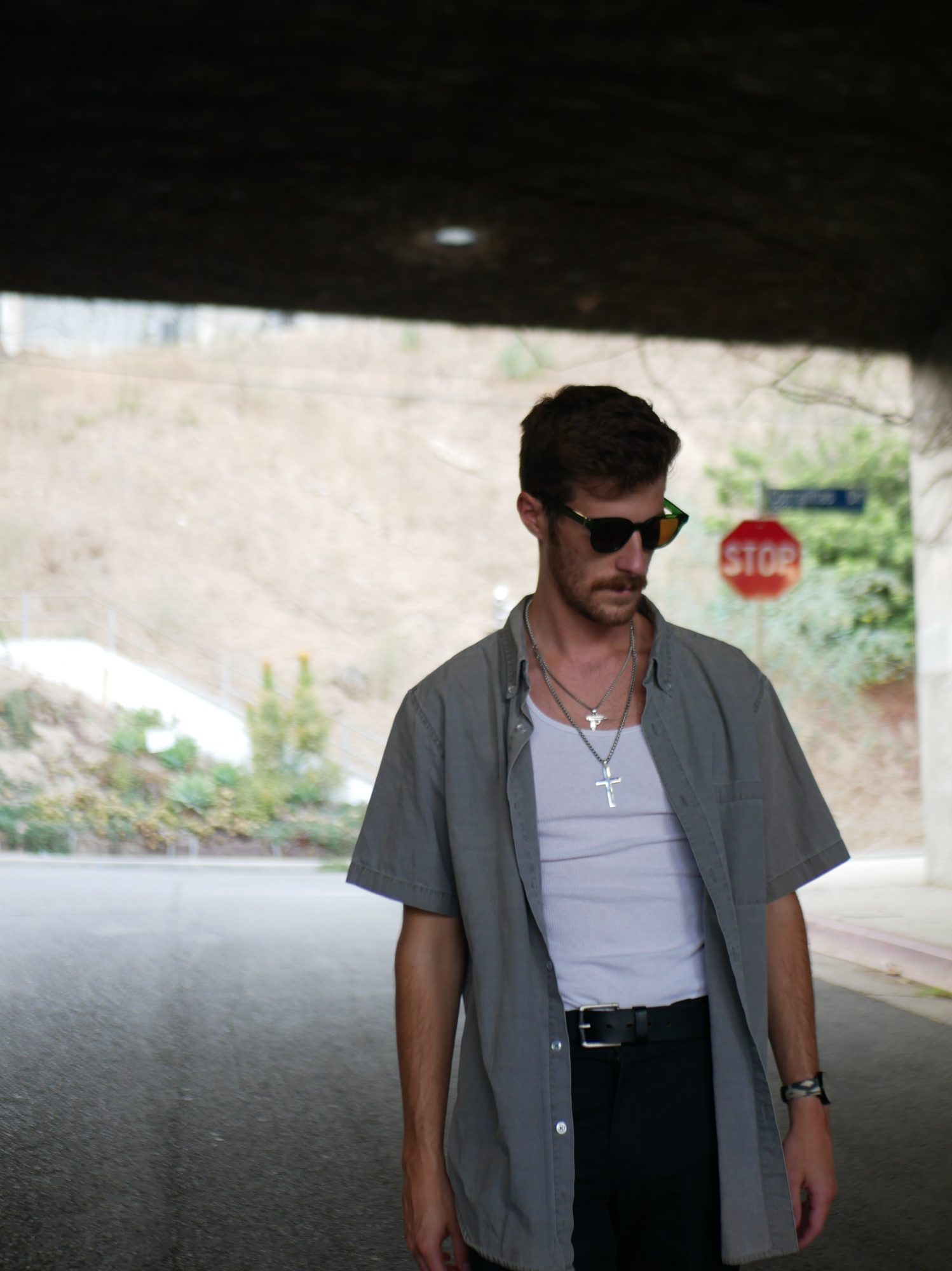 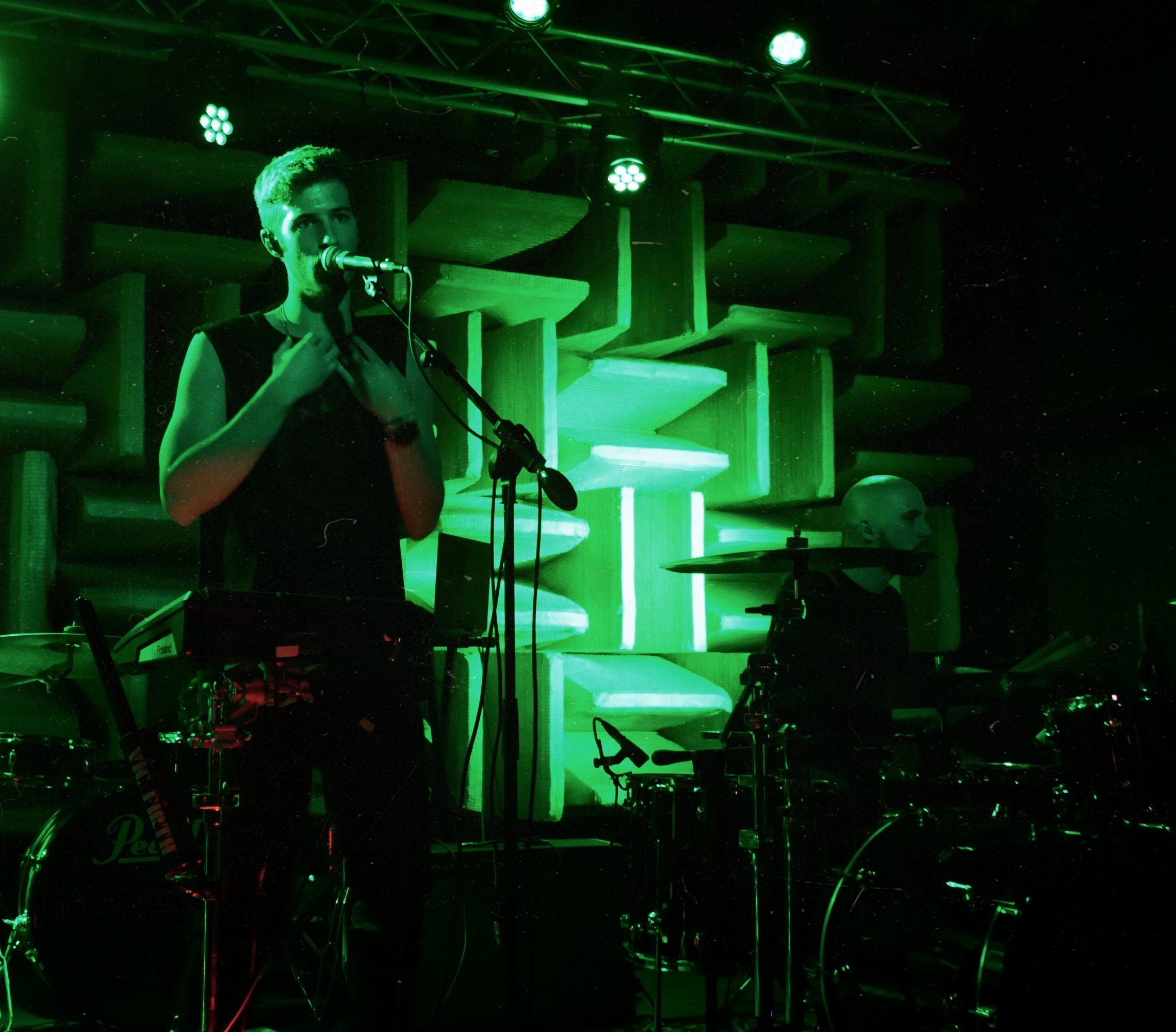 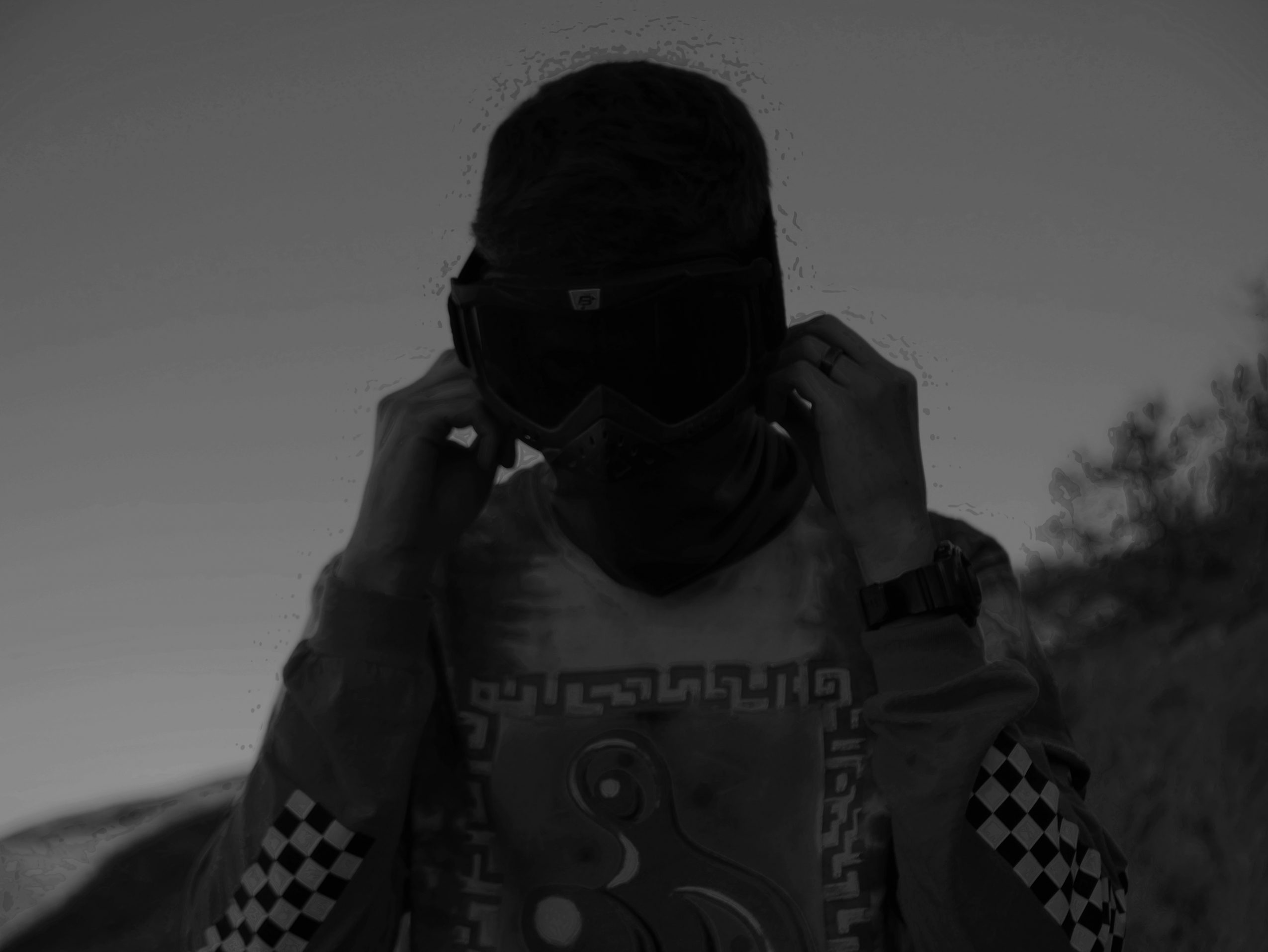 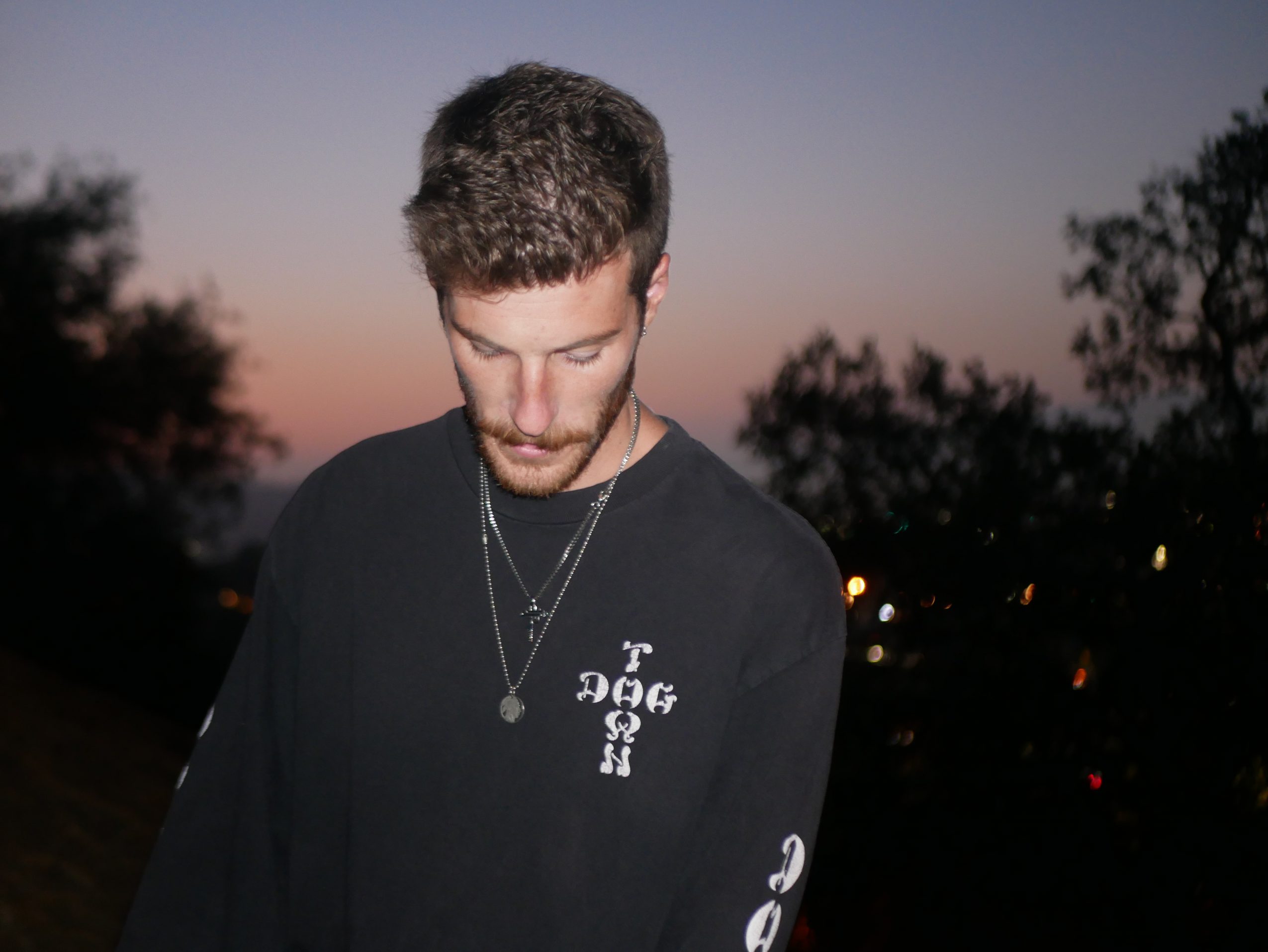