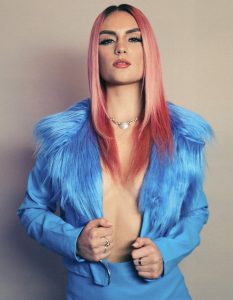 Today we’d like to introduce you to Jenny March.

Hi Jenny, please kick things off for us with an introduction to yourself and your story.
BI think what brought me to this career path honestly was 1. Hannah Montana and 2. Watching Broadway musicals in NYC. Phantom of the Opera, Chicago, the Lion King, and In the Heights.. those in particular. Along with being impacted by those, my mom’s side of the family were heavy dancers. I started dance classes when I was three, vocal lessons at 11, did school talent shows, musicals at the University of Cincinnati’s Musical Theatre Program, along with my own school shows, and I played lacrosse and soccer. I don’t know how my mom managed all of that, but I am super thankful because it’s how I learned what I was passionate about at such a young age. I just really loved entertaining people in all forms of art.

A friend of my mom’s recommended that I join a talent agency in my hometown, Cincinnati, Ohio while I was in middle school and my mom took me there for a meeting/audition type thing and I walked out of the meeting with an agent. A few months later or maybe a year, I can’t exactly remember, a Los Angeles talent manager came to do an acting workshop for my agency. I went and afterward, I guess he must have seen something in me because he told my mom and I that he wanted to sign me. He then asked my mom if moving to LA was something we could do and we said we’d think about it. We talked to my dad and a few months later, my mom and I picked up and moved to LA, going back and forth a lot at the beginning. I started going on acting auditions and then a few years in, I learned about the music business and kind of just jumped in headfirst.

My mom googled music producers and we got some referrals from other families we knew, and I went and recorded in the studio for my first time at 16 with Alex Cantrall (shockingly from Ohio whose grandparents knew my own). 🤯  I recorded some songs I had written, kept growing and writing and recording more music, soaking in everything. I was in a girl group for a second, went to college, kept honing in on my artistry and now I have released quite a few singles, my first EP “Madness”, my first ever remix with an amazing DJ duo, Disco Fries and I’m getting ready to release more music soon. It’s been a longgg journey and I could write for hours about it, but that’s a short-ish summary. 🙂

I’m sure you wouldn’t say it’s been obstacle free, but so far would you say the journey have been a fairly smooth road?
The road has been a little bumpy, but I wouldn’t change the road I’ve been on if I could. Some days I might think differently, but you know, right now I am grateful for it. Of course, I have had struggles, like others, I mean LA is really expensive. You can’t pay for everything you want to do, but you have to figure out a way to get it done and sometimes that means doing it yourself. I switched majors and colleges halfway through because I became interested in learning about the business and marketing side to music. I felt like the major would benefit me more in the long run as an artist rather than my BFA Screen Acting major at Chapman University because music is my true passion.

I learned a lot of great things from Berklee College of Music, some of which I wish I’d known a little earlier. There’s been a couple of times where myself and/or my family have been taken advantage of. As a young naive kid with huge dreams and as parents that are very new to the industry, you can accidentally put your trust in the wrong people. Eventually, you learn from those mistakes and other people’s and you become smarter and more aware of situations and try not to make the same mistake twice.

There are some not so great people in LA.. people that want to use you, clout chasers, people that you work with and people that are your friends. It was hard as a new teenager growing up in LA, one of the most influential times of your life. It’s easy to lose yourself in the craziness of it all too, especially being homeschooled during most of high school and having a lot of freedom, as well as working at that age, but I am thankful that my family kept me grounded. I learned a lot about people and I personally am thankful for the lessons because I feel like I can see right through most people and tell if they have good energy and good intentions.

Aside from the struggles with friendships and co-workers, there have been a lot of struggles within myself. Probably for similar reasons. Los Angeles is a very competitive place and it can make you feel really small. You have to have a lot of self-confidence (not ego or pride) but pure belief in yourself to continue fighting for what you want. There have been maybe 1 or 2 times where I decided on going back home, but I knew I never really would. I have always wanted to be an artist and I’ll never give up fighting for that. There are things that have dampened my mental health recently though, and one of those is social media. It has grown into something that is almost necessary for my career path, but right now creating and posting content isn’t as fun as it used to be. I don’t like spending hours of my day watching other people’s posts because it’s easy to start making comparisons, and that never feels good. Sometimes you need a little break to protect your sanity.

Thanks for sharing that. So, maybe next you can tell us a bit more about your work?
I am a singer/songwriter. I love sharing my own experiences as well as creating ones through music. I love working with other creative individuals who are passionate like me and learning from each other. I like seeing listeners relate to songs I have written because it makes me feel like I am helping someone with my craft, and my goal in life is to help others. Although I have typically done too much for others and not enough for myself in the past, music is one thing that I do for myself as well as others. It is a universal language that brings people from all around the world together and it’s really beautiful to watch and be a part of.

I am like a chameleon. I have an open mind, I can see both sides most of the time and I feel like I can relate to and befriend anyone. I love that about myself. I love being the life of the party, but as I’ve gotten older, my time alone is quite essential to my own well-being. I have a few different personalities and I love sharing how I feel through my fashion and my writing.

I think I am most proud of who I am right now. I don’t regret anything in my life. I am also proud of my accomplishments so far, especially as an independent artist and I still have a long way to go. This is only the beginning for me!

How can people work with you, collaborate with you or support you?
You can DM me on Instagram: @jennymarchmusic or email my team at jennymarchofficial@gmail.com. 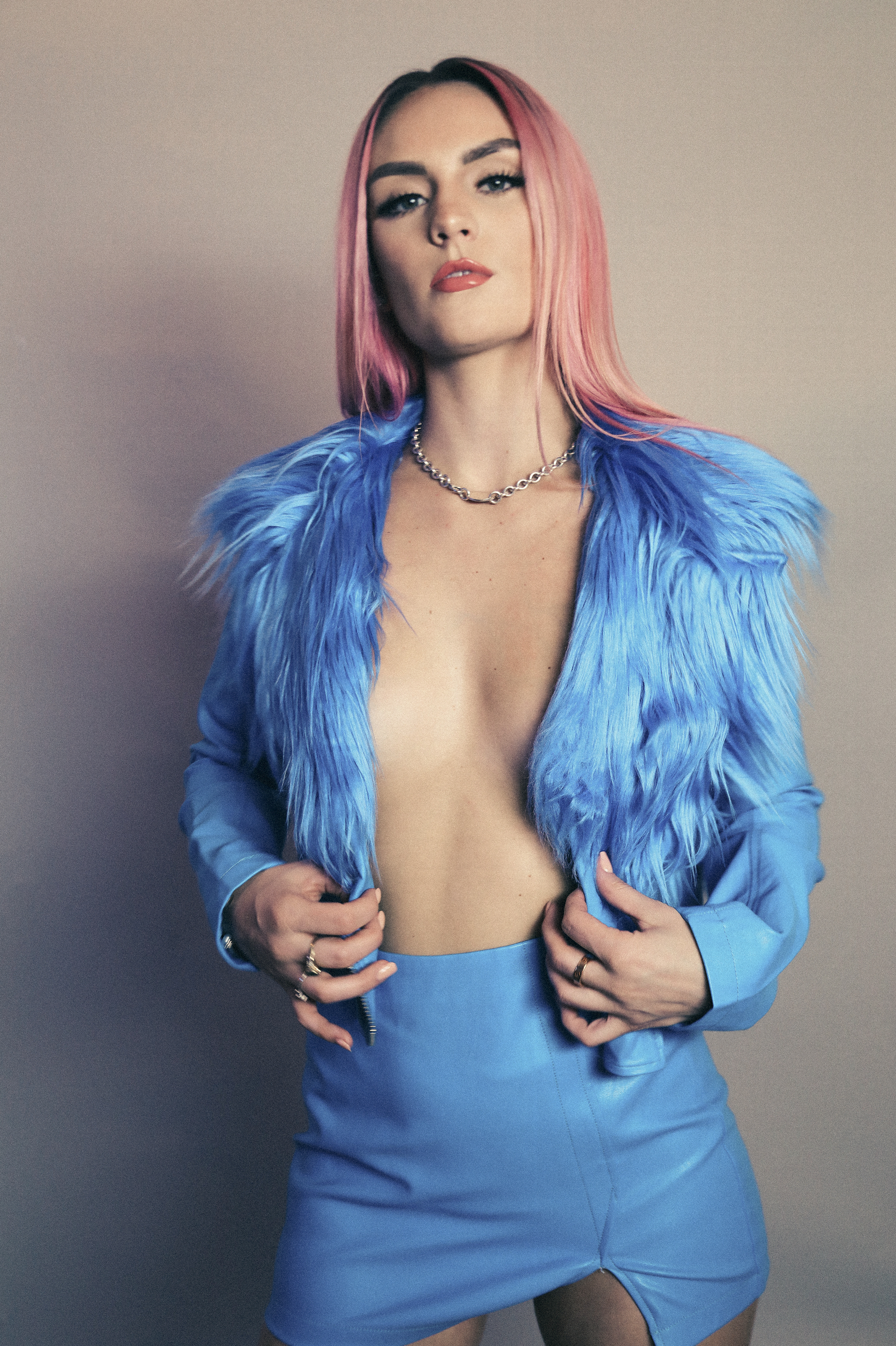 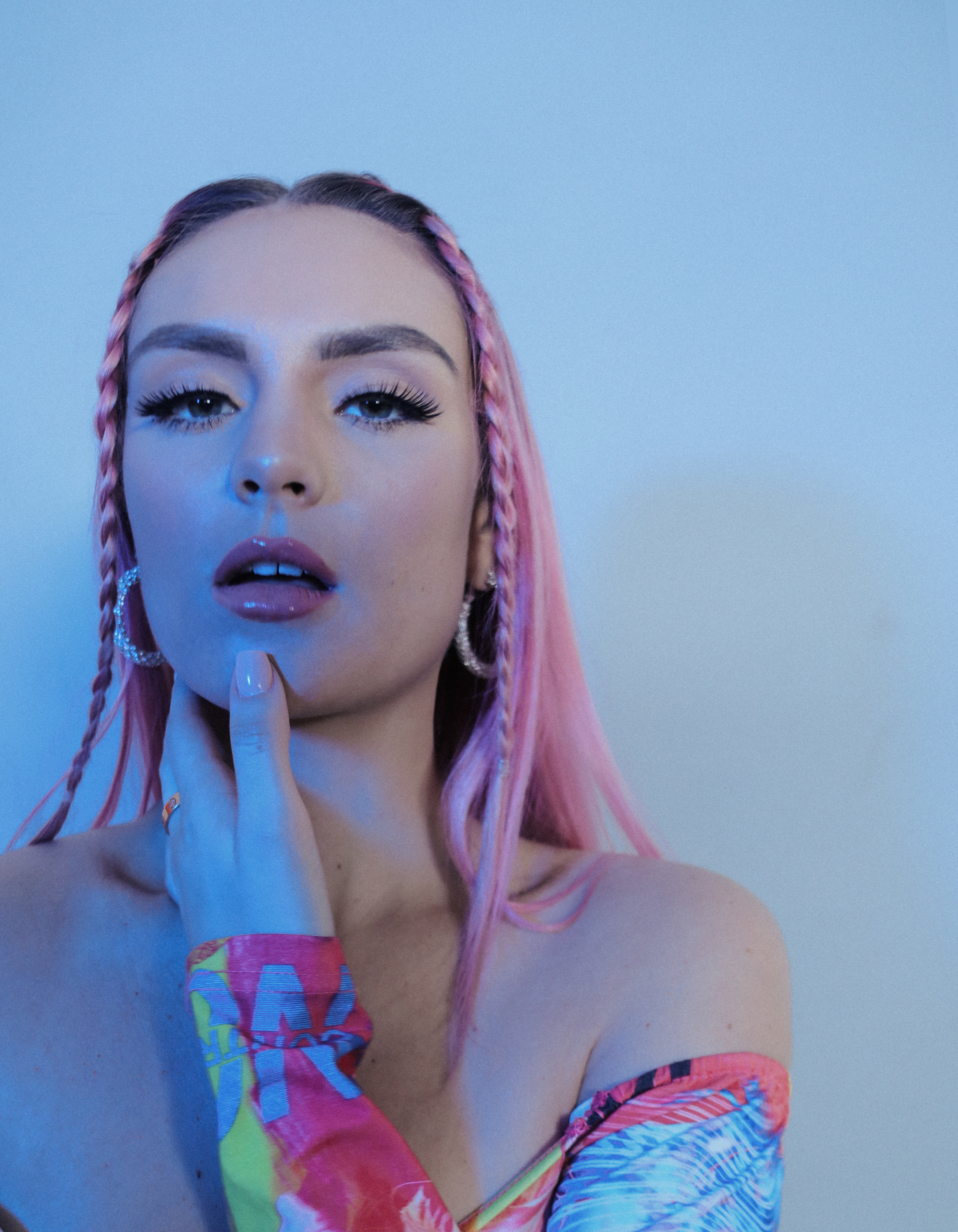