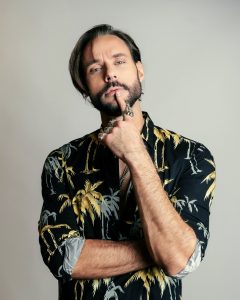 Today we’d like to introduce you to Jeff Leach.

Alright, so thank you so much for sharing your story and insight with our readers. To kick things off, can you tell us a bit about how you got started?
I’ve always been a Renaissance man and, as such find stimulation in the mastery of more than one school of performance. My artistic passions were born out of my love of theater and encouraged by my mother who taught English Literature and Theatre Studies to high school kids, I soon learned to appreciate performance both on screen and on stage. Throughout school and college, I continuously performed, which led to a summer season performing with the Royal Shakespeare Company as part of their Complete Works Of Shakespeare Festival.

After college, I cut my teeth as a radio host and DJ/Producer for Ministry of Sound and Island Records, playing major festivals across the world as ‘DJ Men In Masks’ including Glastonbury and Bestival and staging inimitable live sets in lycra for the masses. These on (and off) stage antics led me to a chance meeting with a television producer who offered me a screen test and the rest, as they say, was history. Television hosting work for major networks such as BBC, Current TV, NBC Sports and Comedy Central gave me another string to my bow and also insight into the heady world of commercial success and celebrity lifestyle. I found it all incredibly tedious, unchallenging and vacuous and so I began to look for avenues that would lead me back to my major passion… acting.

It was at this time I started to dabble with stand-up comedy, performing 3 one hour solo shows at the Edinburgh Fringe Festival to critical acclaim and traveling throughout Europe to perform for major club promoter Jongleurs and Highlights and for huge festivals such as Download and Snowbombing. As my stand-up star began to rise so too did the acting opportunities and I secured supporting roles in features films ‘The Smoke’ and ‘London Town’ and hit British soap opera ‘Hollyoaks’. At the end of 2016, I flew to New York City to host the annual Promax Awards to 3000 television and film executives, stopping in at the world famous comedy venue ‘The Comedy Cellar’ in Greenwich Village. A chance encounter with the booker led to an audition, which led to this iconic venue offering to help bring me out to the USA to live and perform.

Just three months later, I hit American soil and took up residency at this veritable training ground for the best stand-up comedians on the planet. I was performing every night in between acts such as Dave Chapelle, Dave Attell, Aziz Ansari, Amy Schumer and Ray Romano. Talk about being thrown in at the deep end! Fortunately, I’m a strong swimmer and I capitalized on this incredible opportunity, making appearances on hit podcasts, major radio stations such as SiriusXM and also tv shows such as Comedy Central’s ‘This Week At The Comedy Cellar’. With Hollywood calling my name, my representation suggested I make the move out to the west coast to begin establishing myself as both acting and comedy talent across both sides of the country.

Just three years into my time in Los Angeles and I couldn’t be happier. I have appeared in major commercials, television pilots, films and AAA video games (as a voice actor) as well as the best comedy clubs LA and Vegas can offer, including the Comedy Cellar Las Vegas, Comedy Store, Laugh Factory and Improv venues. The past two years (during the COVID pandemic) have seen me focus on more voice work in video gaming including prominent roles in the Harry Potter, Star Wars, Call Of Duty, Battlestar Galactica and Warhammer franchises. This also allowed me to begin online broadcasting to a rapidly growing army of supporters during my live gaming streams on Facebook Gaming and YouTube.

I now use these live streams to play games with my fanbase, discuss mental health advocacy and human unity, sharing my own stories of conquering clinical depression, suicidal thoughts and alcoholism with my supporters, in turn helping them to do the same. As an online community, we raised over $100,000 USD for charity during 2020/21 for worthwhile causes such as the Equal Justice Initiative, Autism UK and Cancer Research.

Can you talk to us a bit about the challenges and lessons you’ve learned along the way. Looking back would you say it’s been easy or smooth in retrospect?
There have been some ups and downs in my career and personal life as I imagine there are for all people, especially over this mind-numbingly difficult pandemic period. I spent a huge portion of my life self-loathing and hurting myself with alcohol and dark depression controlling every aspect of my waking day. After a feeble and non-committal suicide attempt in NYC back in 2017, I decided something had to change. Since that day, I became dedicated to controlling these personal demons and educating others to how to do so for themselves. What resulted is an incredibly diverse and empathetic audience of loyal supporters who have, in some way, connected to me as a result of my honesty. Personally, this has seen me find physical health, mental fortitude and a willingness to always be open about my emotional well-being and personal goals and ambitions.

I’ve seen the seedy underbelly of entertainment in a myriad of ways including being on the receiving end of 6 months of hateful online trolling by drama content creators, having my personal information and address leaked online (with threats of being ‘Swatted’) and seeing people I thought were friends or confidantes steal ideas, cut me out of deals and the incessant shady backstabbing of an industry almost entirely populated by insecure, desperate people who value fame and clout above moral and ethical behaviour. However, I truly believe that if you are not a product of nepotism or immeasurably wealthy as you enter the world of entertainment that is simply how the road to success seems to run.

As people have tried to hurt, damage or defame me as I move up my career ladder, I have instead focused on owning my mistakes, evolving as an artist and keeping myself transparent in both feeling and ambition with my audience. An approach that has only served to strengthen the bond between creator and fan.

Thanks for sharing that. So, maybe next you can tell us a bit more about your work?
I’ve always described myself as a Renaissance man because my creative passions span the entire gamut of the artistic world. I want to be able to pass from this mortal coil as a Master of all my trades and Jack of none! For this reason, I am incredibly proud of the fact that at just 37 years of age, I have already performed in a number of feature films, AAA video games, television series, music videos, commercials and also live stage shows as a stand-up, improv actor, sketch troupe member and dramatic actor. I’ve produced at commercial radio stations, music festivals, television series and iconic venues. I’ve directed pilots and online content that have amassed millions of views.

Despite all of my performance and production accolades however, the most fulfilling endeavours lay outside of my creative passions. Coaching a children’s soccer team in New Zealand when I was 19, raising hundreds of thousands for various charities throughout the years and finally meeting the love of my life, Amanda Brown, have REALLY been the most proud moment in life so far.

Being an artist is a NEED that must be undertaken to help me feel whole, being an educator, fundraiser or loving partner have been the experience I WANT in my life and I hope to achieve plenty more of those before I eventually die.

Where do you see things going in the next 5-10 years?
Right now is possibly one of the empowering periods in history for actors, stand-up comedians and content-creators such as myself. Sure, there are still limitless amounts of absolute tripe being funneled down our throats as ‘art’ each year across all platforms and much of this is curated towards advertising clicks and revenue, ultimately making a large portion of it shallow and unoriginal. However, the growth of the internet, success of social media apps and ability to seek and reach the audience that will love YOUR work, infinitely easier.

As a stand-up comedian for instance, you used to have to secure the right management/agent, in order to audition for the right execs, to MAYBE be given a shot at performing something on their platforms IF you tick the correct demographic needs for the network that fiscal year. Talent and ability no longer really take precedent over social media reach or the backhand deals between the various governing facets of the industry. These days though there is another route available. Make funny content yourself, put it out on the internet and if it’s great an audience will eventually find it. I like to use the comedian Andrew Schultz as an example when discussing this. Four years ago, he shot his own comedy special ‘4:4:1’ and tried to sell it to Netflix, Hulu, Showtime etc with no success, he was told that they didn’t ‘need what he had to offer’ and turned him away. Rather than simply giving up or making something new, he released the special on YouTube where it has now amassed over 2.4million views. A year later Netflix offered him his own comedy series ‘Schulz Saves America’ and his newest comedy crowd-work special has over 5.2 million views as he sells out Radio City for another weekend. Oh, and I hear now he is working on a new movie project with Jonah Hill.

The point I’m trying to make for budding artists is that by focusing on making the best art you can, these days you don’t necessarily need the approval of out-of-touch execs who recycle the same handful of talent into every project they produce. Instead, by putting that great content into the world, you will find the audience you’re looking for and once they arrive… the platforms, networks and execs usually follow.

Hence why my debut comedy SPECTACULAR is going to be entirely crowdfunded and released for FREE online should networks not purchase it once completed. If you’d like to be a part of it check out this link: 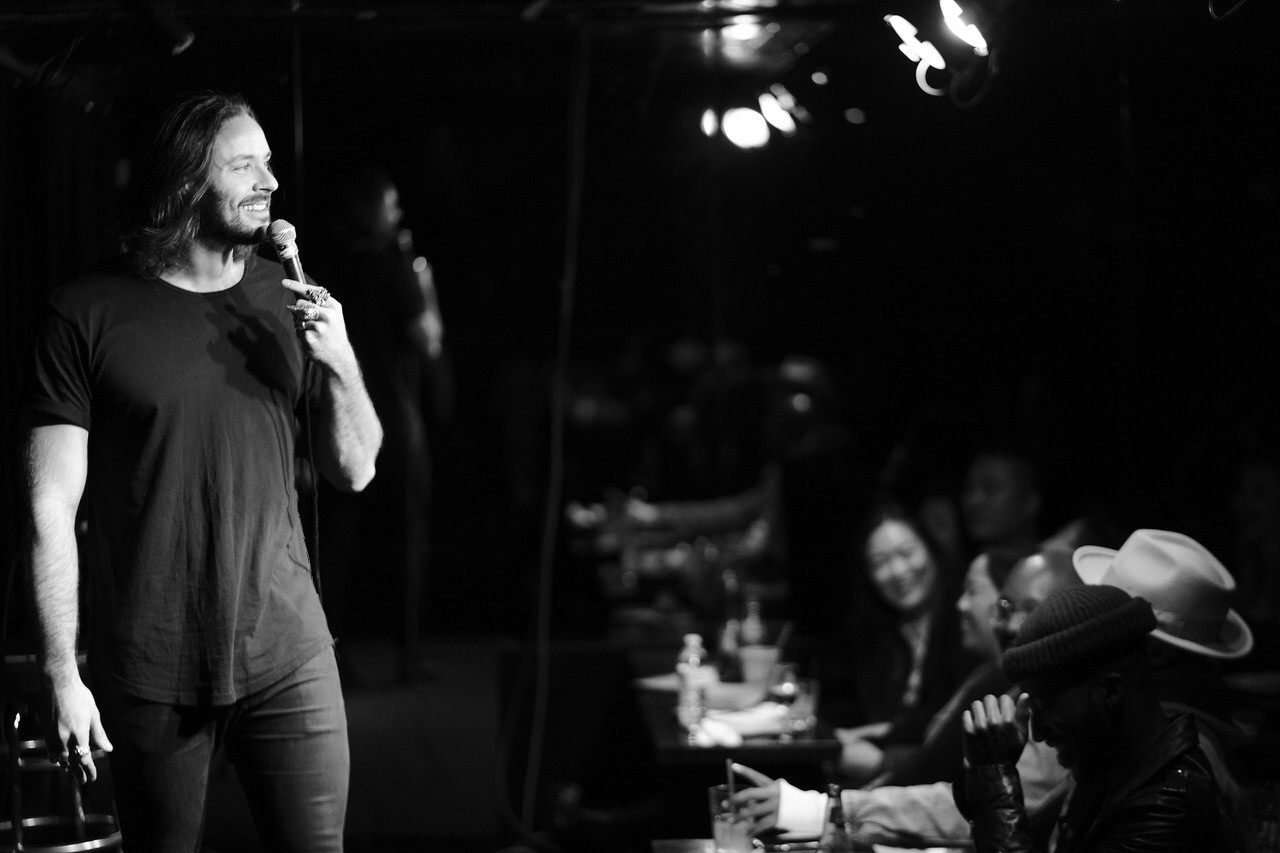 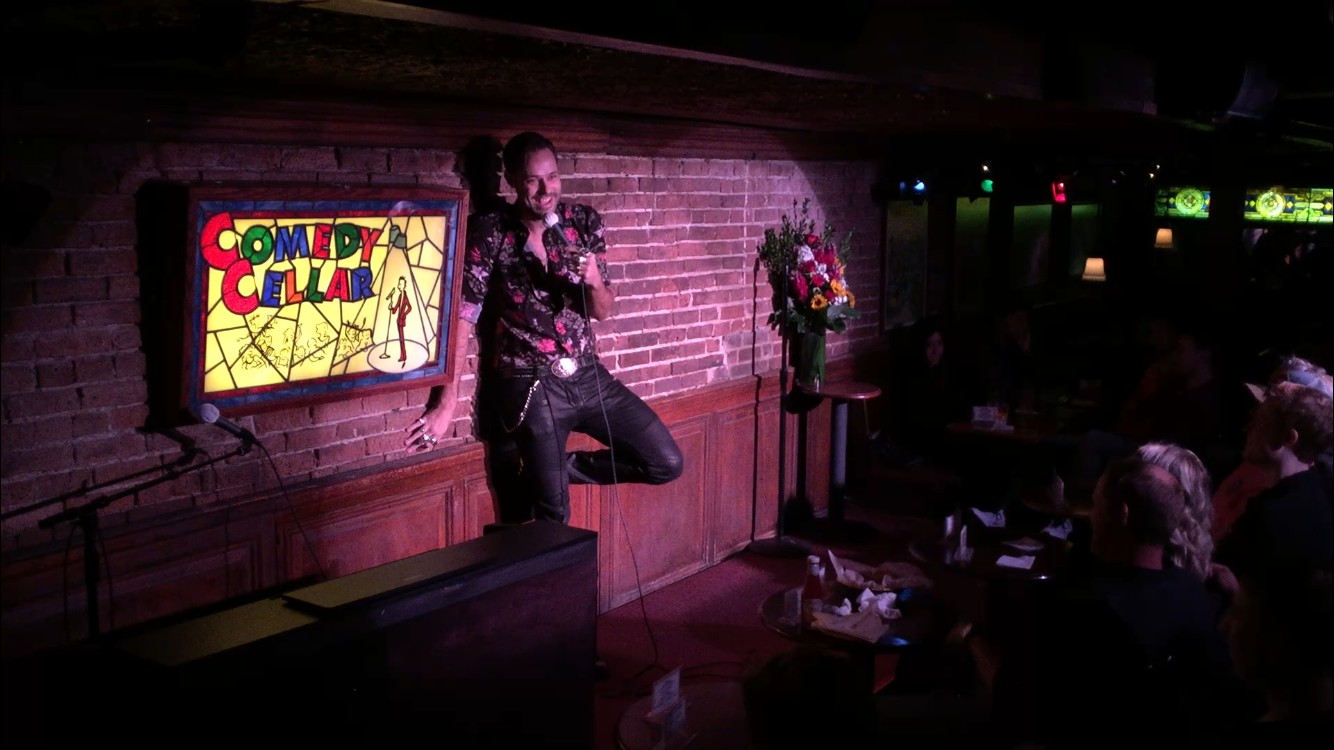 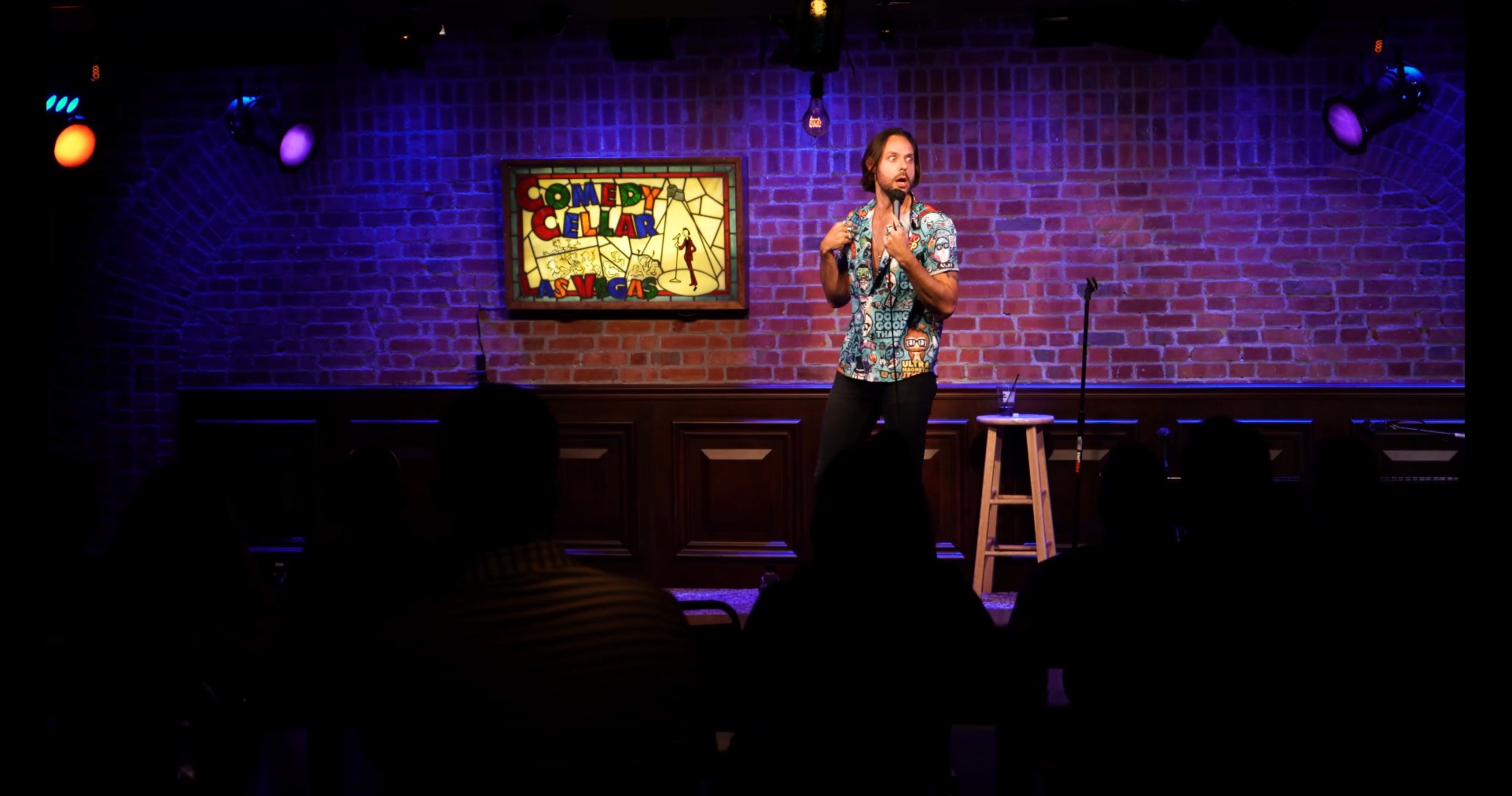 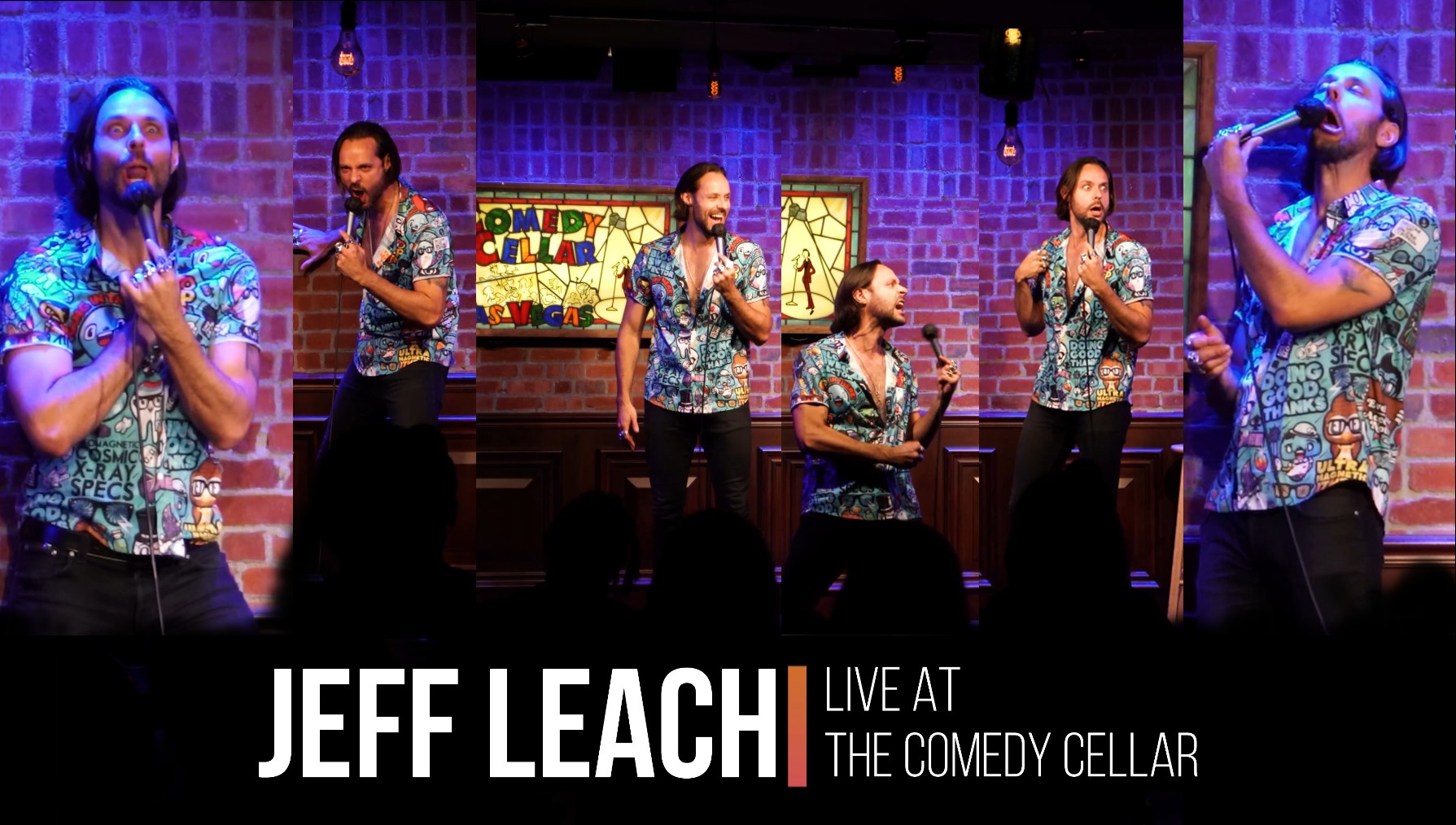