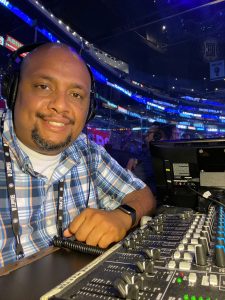 Today we’d like to introduce you to Jake Warner (Big Brother Jake).

Hi Jake, we’d love for you to start by introducing yourself.
Well professionally, I go by Big Brother Jake aka Jake Warner (my government name). After serving in the US Navy, I decided to pursue my lifelong dream of working in radio. I got my first radio job as a call screener/intern on Loveline for the Westwood One Radio Network. I have an ear for audio mixing so I did fill in work for various shows at Westwood One. An opportunity presented itself at FOX Sports Radio so I left to work there for 12 years (two different stints). I left FSR the first time to work for the Dodgers Radio Network as the on-site and traveling audio engineer for Vin Scully. I did that for two seasons then returned to FSR. I took a break from radio full time and worked in the Housing Department for the University of La Verne for four years. I loved radio and missed doing it full-time. Both the Clippers and Kings were in need of an Audio Engineer/Mixer for their radio broadcasts so I decided to return full time and haven’t looked back. I’m in my fourth season as the on-site engineer for both teams at Crypto.com Arena. Two years ago, while working for both sports teams, a friend of mine asked if I was interested in producing podcasts over at Podcast One. I had already started The Big Brother Jake Podcast independently. I wanted to learn more about the business so I accepted everything position. After my first year at Podcast One my show got picked up by the network. I am also the Executive Producer for the On This Frequency Podcast hosted by Natalie Mota and Rickie Lee Mota any they are heard on the Rose City Sound Podcast Network. I also am the Director of Audio Content for Nitecast Media and Producer/Engineer of TMA with Nick Hamilton on Sirius/XM Radio. I wear a lot of hats but they are all paid hobbies.

Alright, so let’s dig a little deeper into the story – has it been an easy path overall and if not, what were the challenges you’ve had to overcome?
When creating your own lane in this business, it’s never a smooth road. Being independent for so long, there’s a lot of long nights, doing all your own promotion, wear various hats, but in the end, it’s all worth it. The struggle is part of the story and in order to embrace success, you have to embrace the struggle as well!

Can you tell our readers more about what you do and what you think sets you apart from others?
I’m known best as a Radio/Podcast Producer and Audio Engineer/Mixer. Those are my specialities. I’m most known lately for hosting The Big Brother Jake Podcast. My podcast has been heard/downloaded in 80 different countries on any given week. What sets my podcast apart from others is that it has the feel of a radio show even though it’s a podcast. My podcast doesn’t have a niche audience. We talk about EVERYTHING! Parent life, single life, sports, pop culture, current events, relationship advice, food, nothing is off limits. I try to limit talk regarding politricks (I didn’t misspell that!)

I’m most proud of being the first African-America Producer/Engineer for the Los Angeles Dodgers, Los Angeles Clippers and Los Angeles Kings. It’s an honor to be the first one for all three professional teams! I’m also proud to have served my country in the Navy, but the title of “Dad” is beyond and above my greatest achievement.

Can you talk to us about how you think about risk?
I think if you don’t take risks in this business, you won’t ever succeed. I literally had zero on-site radio mixing experience when I took the Dodgers Radio job but I gambled on myself, asked a lot of questions and never stopped learning. If you’re timid, you won’t get what you want in life. The answer is always NO if you never ask! 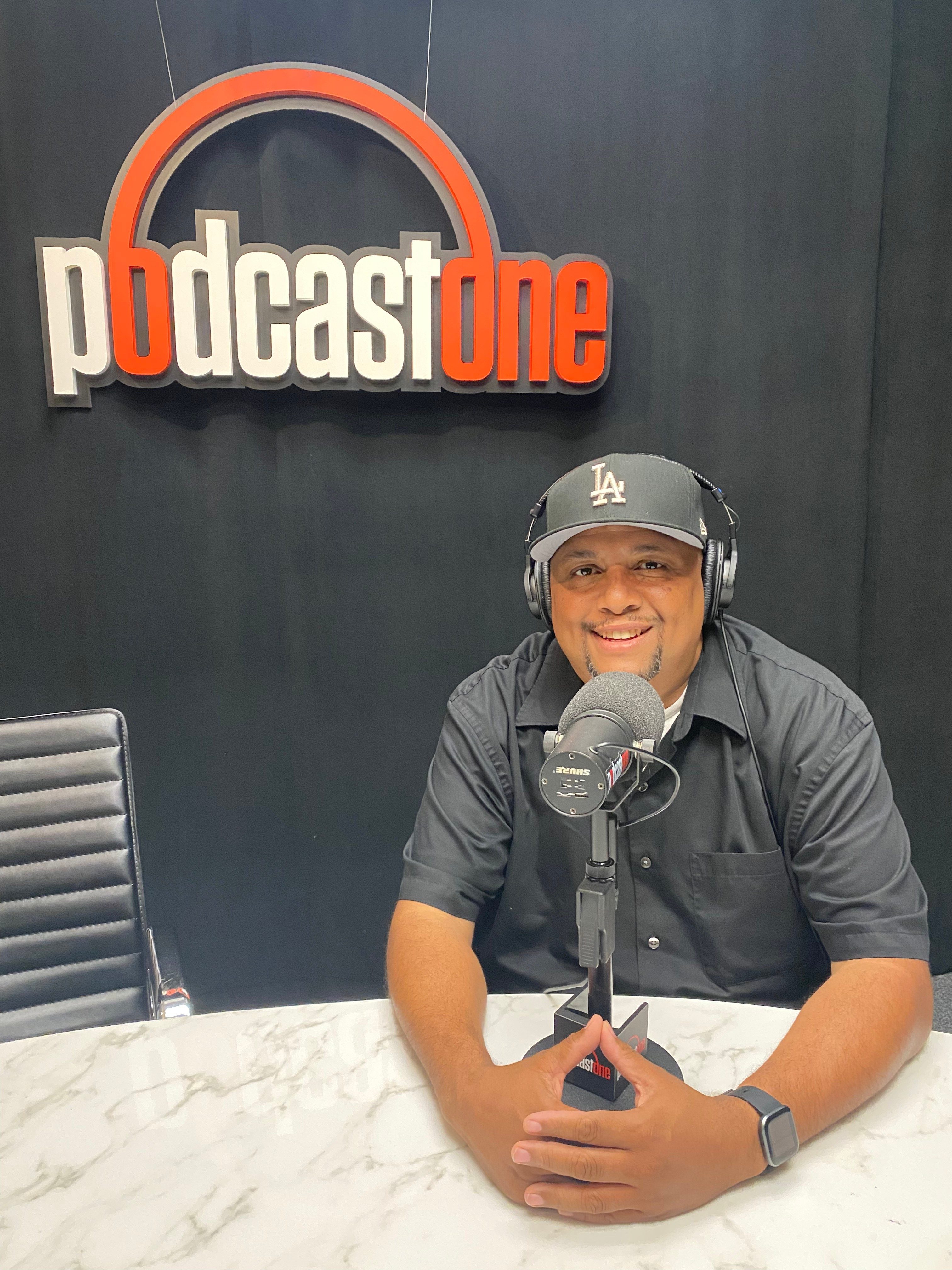 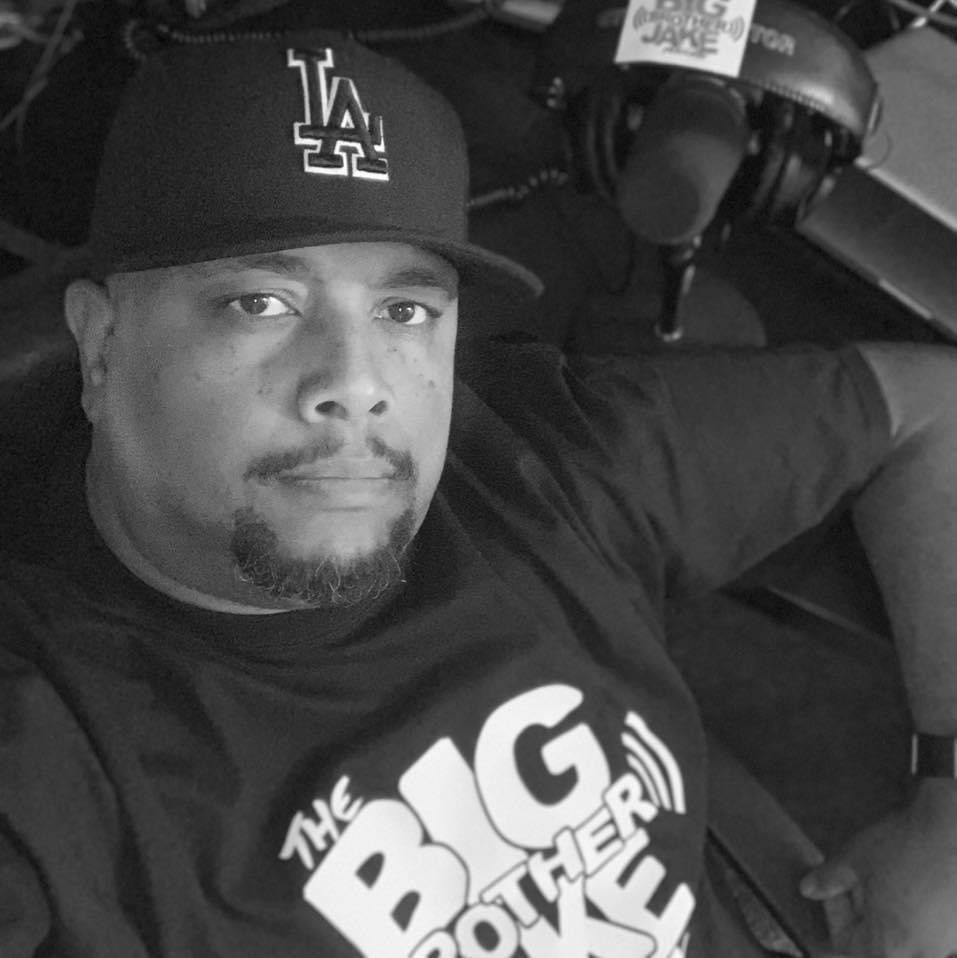 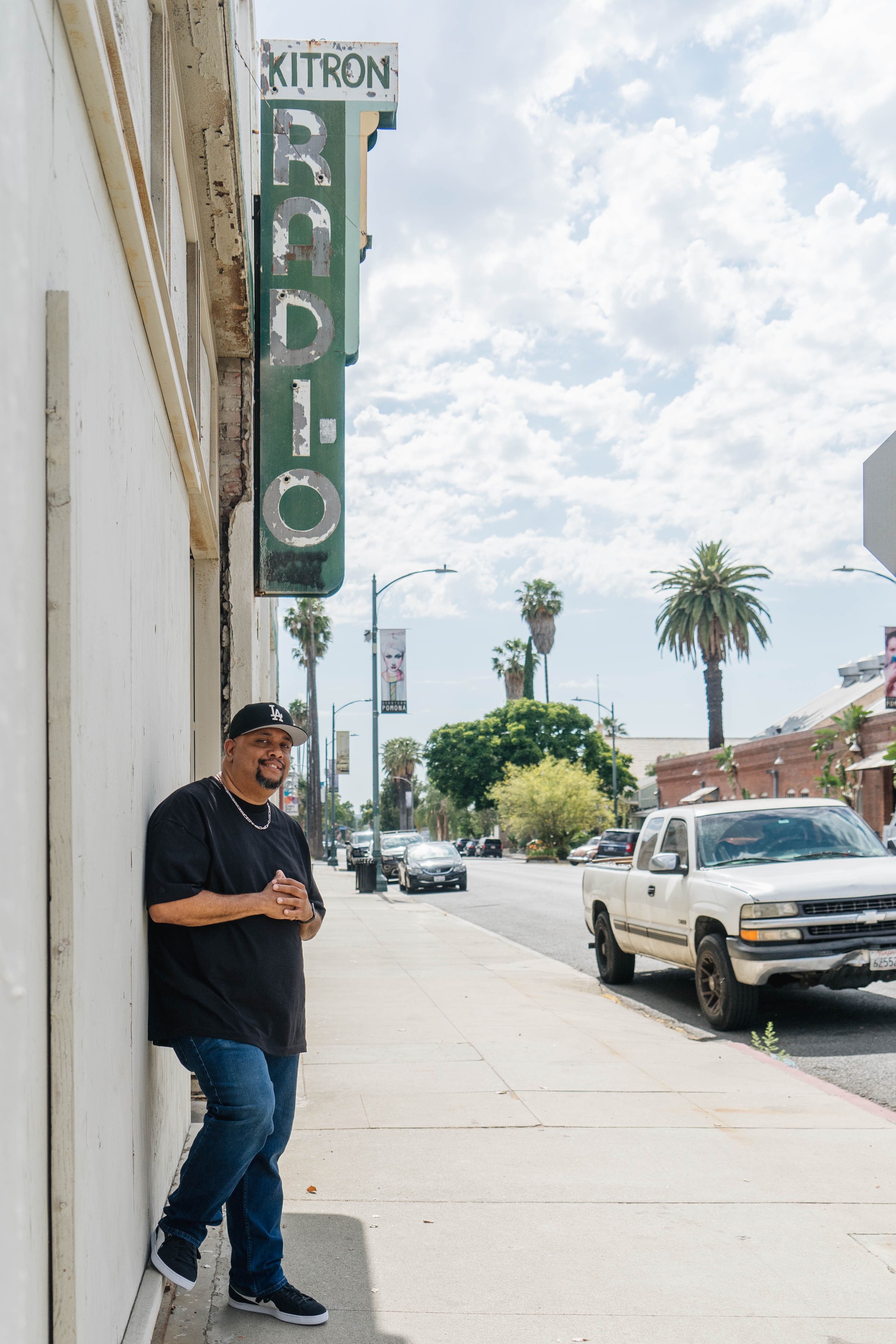 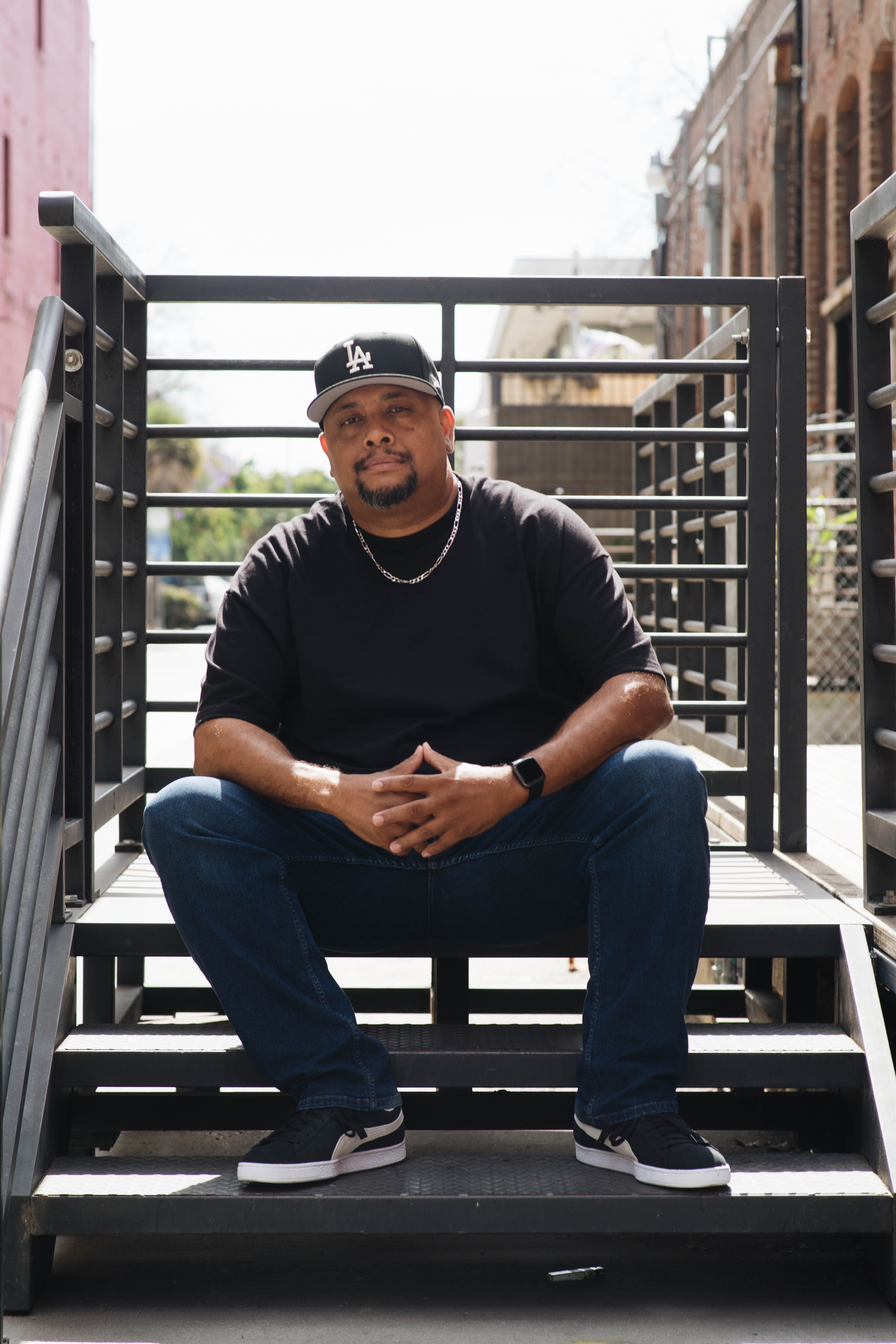 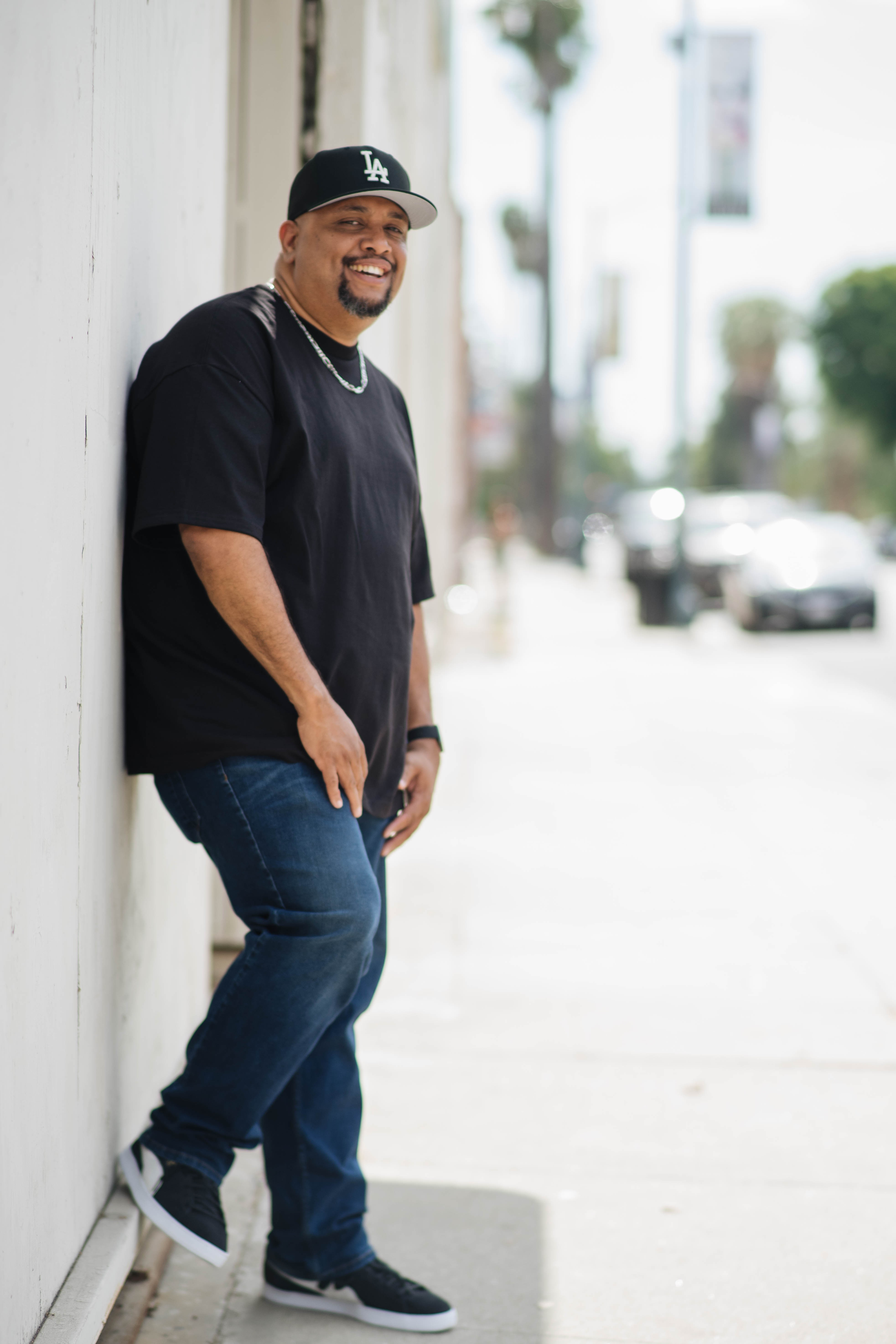 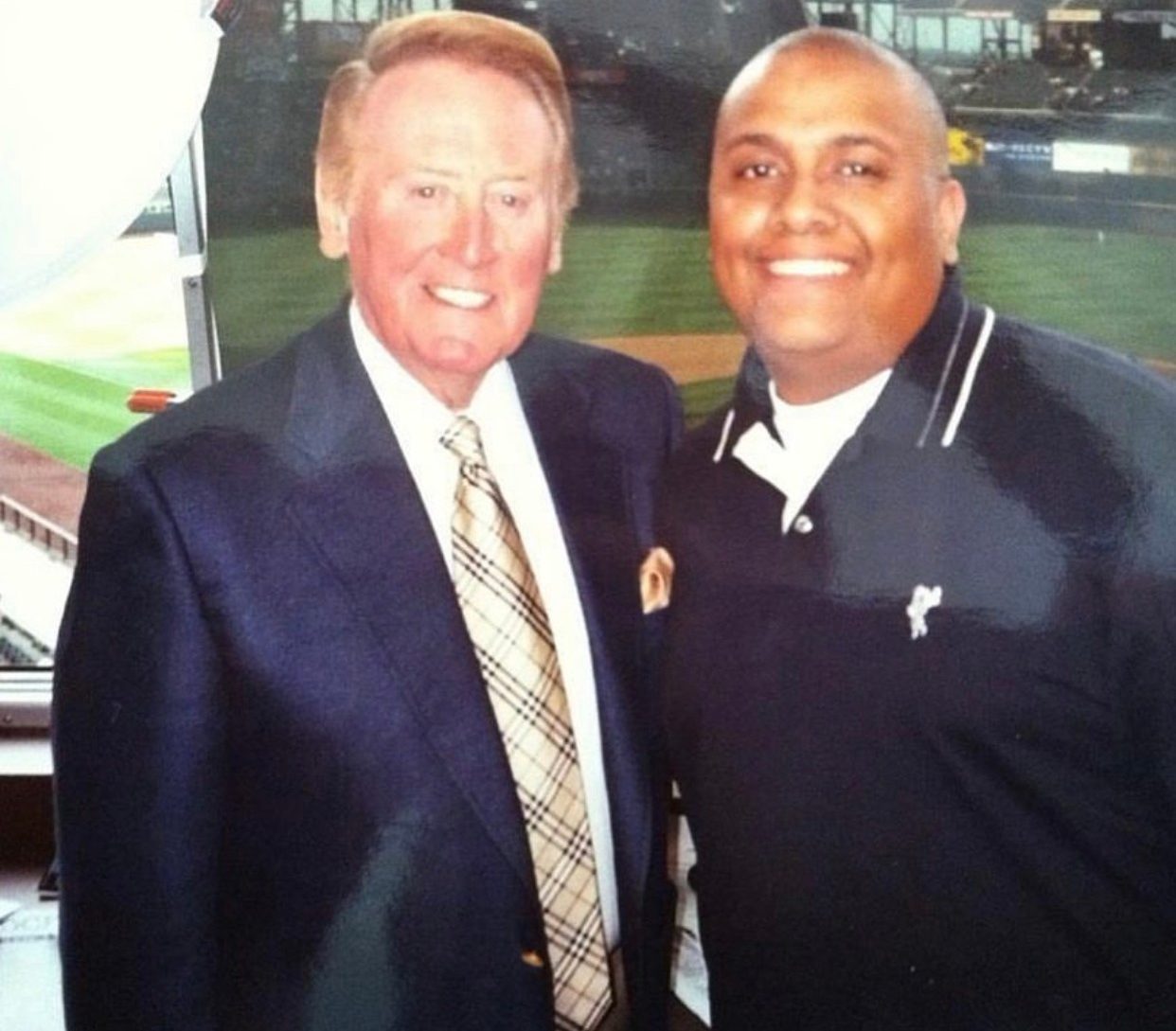 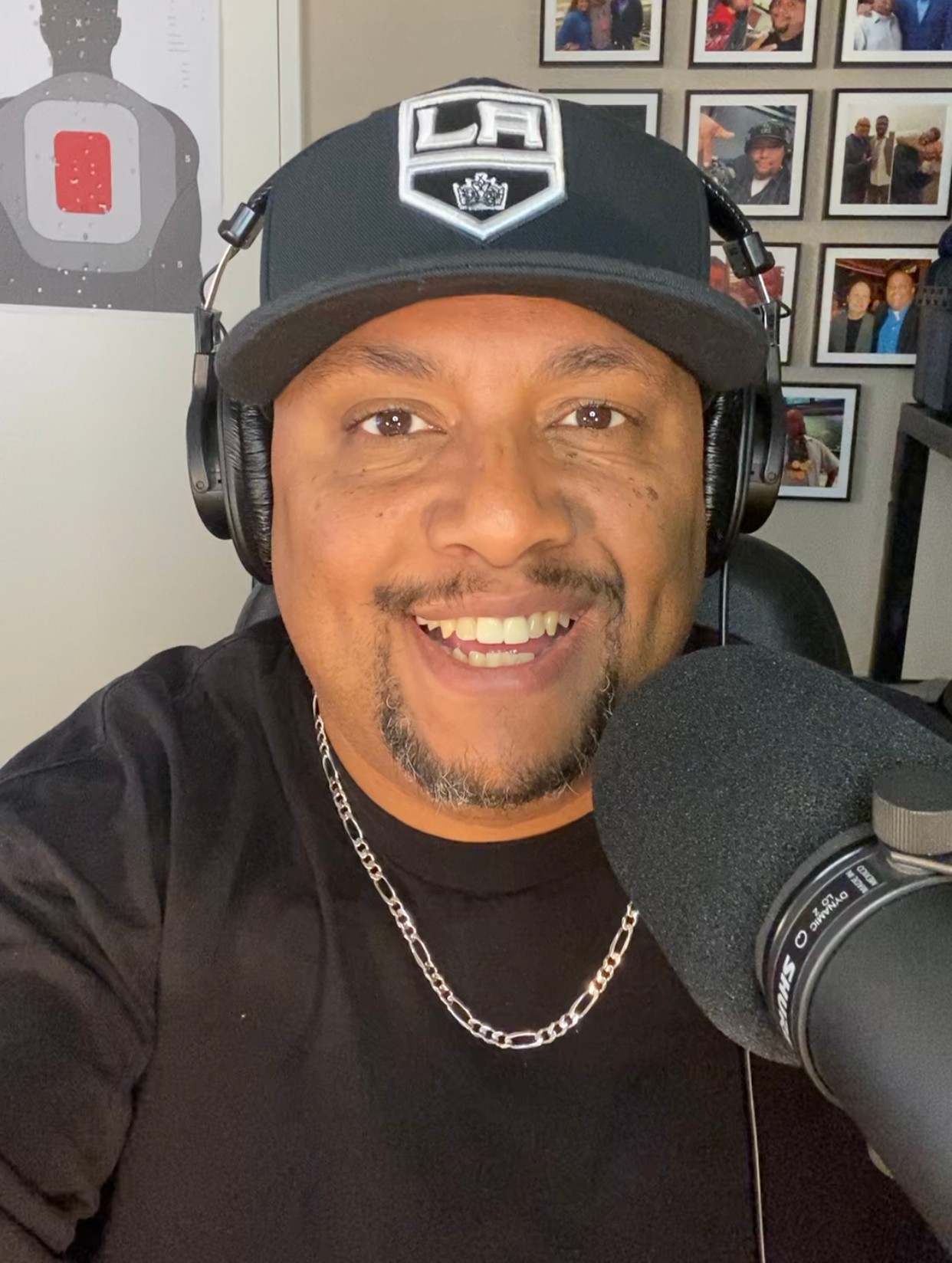