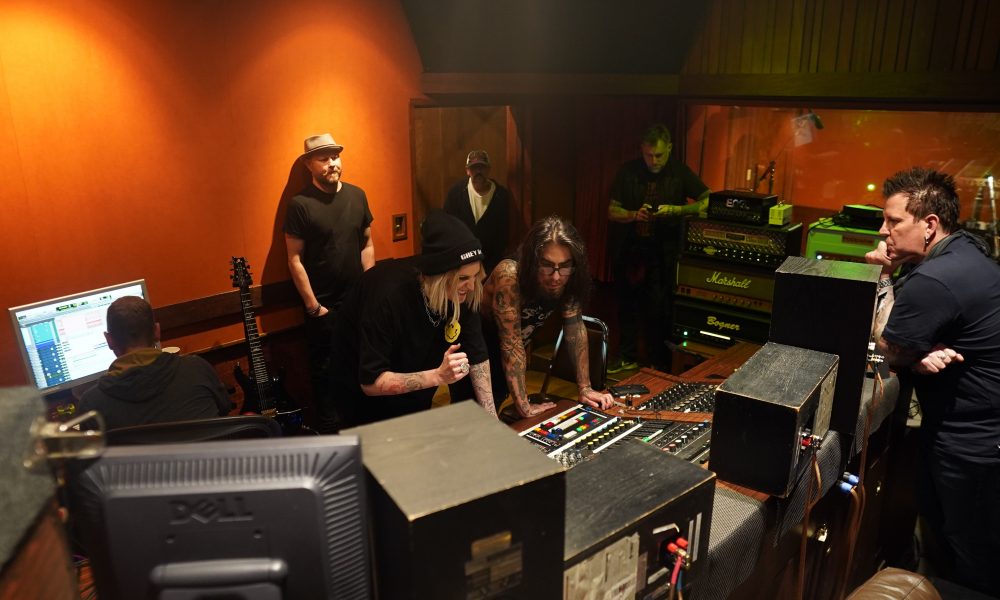 Today we’d like to introduce you to Esjay Jones.

Hi Esjay, it’s an honor to have you on the platform. Thanks for taking the time to share your story with us – to start maybe you can share some of your backstory with our readers?
Thank you for having me and I appreciate you sharing my journey

I am a South African-born producer & songwriter now based between Los Angeles and Yucca Valley, California.

I have had over two decades of success in the music industry: during the first part, cemented myself as one of South Africa’s top rock bands, fronting Durban-based band Stealing Love Jones. My band achieved mainstream success with four #1 Singles, as well as sharing the stage with major international acts like One Republic, Fall Out Boy, Violent Femmes, Seether, Jimmy Eat World, and many many more

My dream was to be in the USA, so packed up my bags from stadium tours, moved to San Diego and couched surfed while making a living playing cover songs in bars six nights a week and getting a feel for LA / California culture and living. Very humbling experience starting all over again from the beginning. During my network hustle, I met songwriter Jennifer Decilvio who took me under her wing and mentored me in the art of pop-songwriting. I fell into the engineering and production roles out of necessity to survive and be one of the best in the game.

I had my first major cut in the U.S. alongside co-writer Justin Tranter in 2013 with the single “I Choose U” by TimeFlies on Def Jam Records. Since then, I have worked with Head from Korn, Morgan Lander (KITTIE), Grey Daze (Chester Bennington), Sean Kingston, Jeffree Star, Olivia Holt, Escape The Fate, Mystery Skulls with Nile Rodgers and Brandy, Alien Ant Farm, and so many more amazing artists.

It was a wonderful surprise to be highlighted by the Recording Academy (Grammys) as well as recognized for solely producing the much-anticipated second LP for Grey Daze (Chester Bennington’s first band), matching his vocals with a current production and contributions from Dave Navarro, Richard Patrick (Filter) and Bennington’s 9-year-old twin daughters, Lila and Lilly.

I am also the songwriter / producer / guitarist / vocalist / front person for “We Are PIGS”: an alt-metal hybrid with brutal riffs, brazen screams and ethereal melodies, including collaborations with Billy Corgan (Smashing Pumpkins), Brian “Head” Welch (Love and Death, KORN), P.O.D and Crazy town. In the summer of 2020, We Are PIGS made its debut with a cover of Slipknot’s “Duality” and the first original single “Pulse Queen” followed at the tail end of the year that has boasted 15 additions to editorial playlists between Spotify, Amazon Music and Apple Music. Go give it a listen if you dare 🙂

Alright, so let’s dig a little deeper into the story – has it been an easy path overall and if not, what were the challenges you’ve had to overcome?
It most certainly has not been a smooth road. The entertainment industry is not for the weak. My first major battle was obtaining a visa to enable me to stay and work in the USA. It’s something most Americans don’t think about, but immigrants like myself are willing to work ten times as hard and do whatever it takes to have the same opportunities that most Americans are born into. Making enough money to buy a car, pay for gas and feed myself is a struggle when you are “working” in studios or doing sessions and not getting paid anything. Yes – you heard me correctly – NOT GETTING PAID TO WORK. Thats how the music industry survives and thrives: off of the backs of hungry artists like myself who are willing to work for free for the experience and to make those connections. Balancing a paying job (like gigging in a bar) and studio sessions means you are enduring 18hr days, EVERYDAY, 365 days a year! There are NO OFF DAYS in this business but your build a stamina and resilience! It’s a hard road and continues to be one that is difficult to navigate, but the fulfillment and joy of creating so worth it!

Appreciate you sharing that. What else should we know about what you do?
I am primarily a music producer and songwriter who dabbles in the art of engineering. I am most proud of my work with Grey Daze (The project Chester Bennington was working on just before he passed) and my project “We Are PIGS” in which I am the songwriter, engineer, producer and vocalist.

I have recently been working with a phenomenal artist called WOLFSTANG, whom I would highly recommend giving a follow. Her first EP called “DADDY WOUNDS” Drops in the first quarter of next year and is a deep, healing melodic pleasure, born out of living and coping with parental-based-trauma. I’m exceptionally proud of this EP and can’t wait for the world to absorb it.

I think having played in a band and living on the road for so many years sets me apart from so many other producers and songwriters because I AM the artists I work with.

I’ve spent tens of thousands of hours on this skillset: writing, rehearsing, touring the country, sleeping on floors, eating ramen noodles, playing shows to one person in a dive bar, as well as to thousands of people alongside some of the biggest bands in the world. I’ve been signed to a record label and had major management

I’ve lived my dreams and have also had them shattered. I’ve sold everything I own to move to another country to pursue and maintain a successful career in the music industry. I understand what the artist wants and needs.

I understand them because I am them 🙂

Can you share something surprising about yourself?
I had a small stint of Surfing for Roxy, Quicksilver in Durban, South Africa when I was younger. I still try to surf as much as possible! 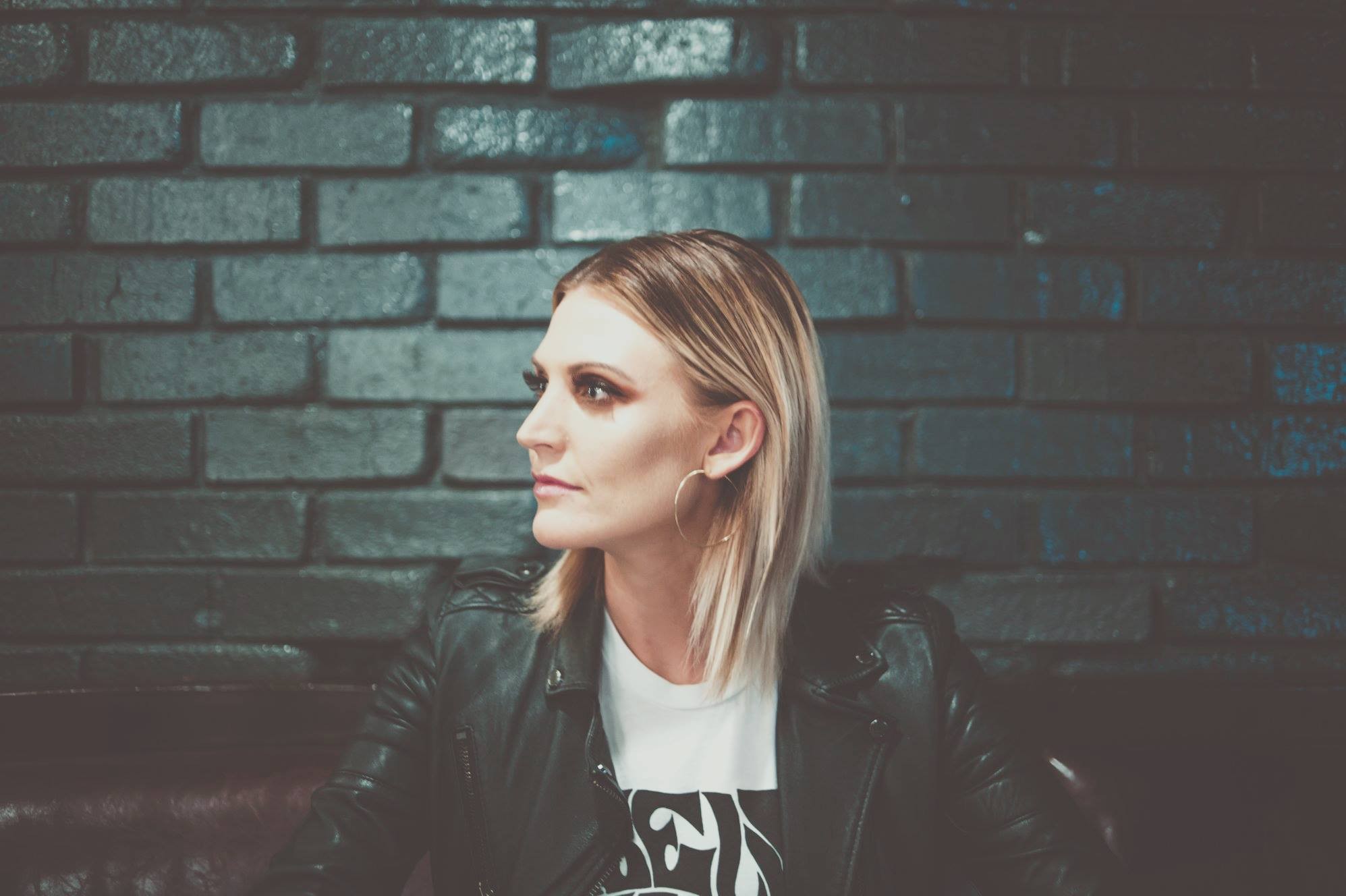 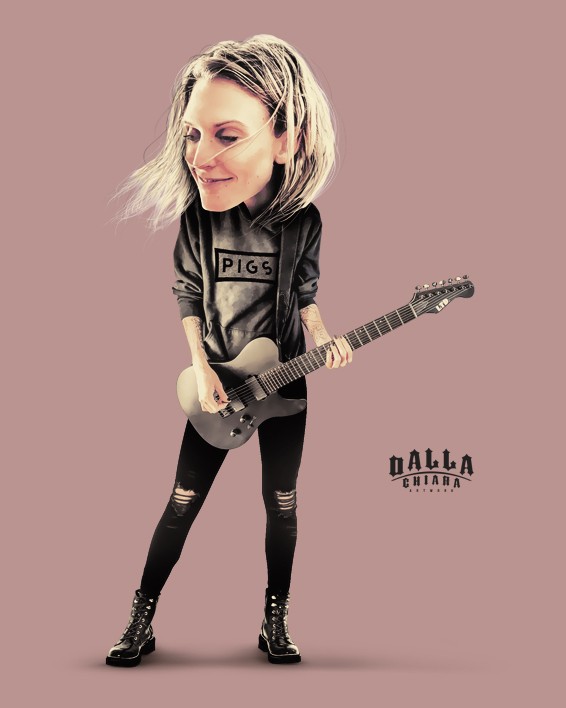