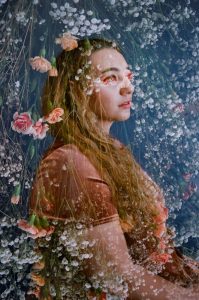 Elymie, we’d love to hear your story and how you got to where you are today both personally and as an artist.
My earliest memories are of me singing. I’m one of five children, and as a child, my two older sisters would kick me out of the house because I always sang and they would get annoyed. I didn’t really feel sad or anything, I just remember singing to the trees and shit. I felt like I was Judy Garland in ‘Wizard of Oz’ before I knew who Judy Garland was.

From grammar school, all the way through high school I was in choir and always participated in the musical each year. Around my freshman year of high school, I discovered Turner Classic Movies. I was obsessed with old movies, especially the musicals. I would record so many classic movies that my brothers would get annoyed because there wasn’t space left to record anything on the DVR. Through old movies I discovered The Great American Songbook and all the songs that I liked in the movies; I found the jazz versions by Ella Fitzgerald, Billie Holiday, Sarah Vaughn, Louis Armstrong, and so much more.

With my newfound obsession with jazz, I applied to The New School for Jazz in New York City and got in. It was pretty intimidating, and most of my classmates just knew way more than I did. I went in thinking I’d only learn about standards like “Let’s Call The Whole Thing Off” and “Night and Day” and everyone else was into bebop and some really abstract stuff like free jazz. In retrospect, I think what was hard was that I constantly compared myself to other people. A lot of my classmates went to really top notch performing arts high schools, and it was really tough, but I learned a lot about jazz harmony and that enabled me to start writing songs on my own.

After graduating, I started a monthly variety show with my sister, Liz Miele, who is a brilliant comedian and writer. We called it The Miele Sisters Variety Show — very original name, I know. This was really where I honed my craft, and it gave me a platform to experiment and helped me carve my performance chops. It didn’t matter if we had a packed crowd or if we were just playing to two people and the wait staff, I was grateful for the experience and for my sister who made the show happen each month. It turns out that I’m pretty damn funny (and humble) and sometimes I ended up being funnier than some of the comedians we had on the show.

After living in NYC for seven-ish years, I moved to Los Angeles with my boyfriend, who is now my fiancé — pianist, DanMichael Reyes. We live in East Hollywood with our three-legged cat, Avocado. (She scratches furniture and looks out windows in her free time.)

We’d love to hear more about your art. What do you do and why and what do you hope others will take away from your work?
A few years ago my fiancé bought a TC Helicon Voice-Live Touch 2, known to me as my Dopicon. It’s a vocal looper that also doubles as an effects box and allows me to generate vocal harmonies and other cool effects like delay and hard-tune, which is sort of like the T-Pain effect when he uses auto-tune. Before this, I wrote most of my music with a piano or my ukulele, and a lot of my old music sounded like cute hipster girl music which I still do and love. But with my Dopicon, I’ve been able to experiment and change my sound with each song. One of the first songs I wrote on my Voice-Live Touch was “Golden,” which premiered on Earmilk. That was kind of a cool moment for me because I’ve discovered so many talented artist because of them and now it was my turn.

My writing is very much therapeutic. I try to put my feelings of my current state of mind into song. It’s a way for me to cope and move on from my feelings. If I’m feeling insecure and not good enough then that’s what I write about. Usually, I just sit down in front of a ukulele, piano, or my TC Helicon with my iPhone recording and I just improvise until a melody, a lyric, or an idea starts to form, and then I build on it. Some days I come up with something I love, and I run with it. I can finish most of the song in an hour or two and sometimes I hate it and never look at it again. My phone is filled with voice memos of song ideas I’ve never finished. And then there are times when I write a song and years later I’ll finally finish it.

If something I wrote speaks to someone, then I know I wrote something good. I like writing music people can understand. I remember being in jazz school and how people would always talk about complex musical ideas and some of the music they performed literally gave my heart palpitations — not in a good way either. I was taught in school that simplicity and silence is just as important as complex ideas. I respect and understand the need for that kind of artistic expression, but I like being able to reach an audience and having them respond to a clear message.

What do you think it takes to be successful as an artist?
To be honest, I don’t think the typical definition of success actually exists. I’ve known many people who — by every metric — can be considered successful and feel like it’s still not enough. This is something that I struggle with as well. I have these small goals that I set for myself, and in the process of completing it, I find a way to make it undervalued. Then I have to be reassured and validated time and time again. I don’t love this cycle but maybe this is necessary and what drives people to continue to create art.

The healthier definition of success to me is just constantly writing, performing, and reinventing myself. Kind of like Cher, she’s reinvented herself so many times!  However you feel about Cher, if you listen to her music from the ’60s and up until the early 2000s, you can’t deny she’s completely changed her sound so many times!

Cher fangirling aside, I really am a big believer that true success in never giving up and being tenacious about meeting my goals. My parents are kind of an inspiration in that sense. My mom gave birth to my two older sisters while she was in veterinary school, which was very uncommon in those days and my Dad was rejected from veterinary school five times before getting in. My Dad had undiagnosed dyslexia (me and all my siblings have dyslexia) and people didn’t know what that was back in the day and he struggled a lot with it. Fast forward they have two successful animal hospitals that they built from the ground up for over 20 years and raised 5 children. They didn’t let anything get in their way or let anyone define their narratives. To me, that’s the kind of quality you need in order to be truly successful; the tenacity, courage, and strength to not let anything stop you or get in your way.

Do you have any events or exhibitions coming up? Where would one go to see more of your work? How can people support you and your artwork?
I have two singles out right now “Golden” and “No Man’s Land” on iTunes as well as Spotify, SoundCloud, and Bandcamp. I also have an upcoming gig on April 16th at The Mint at 9:15 pm. 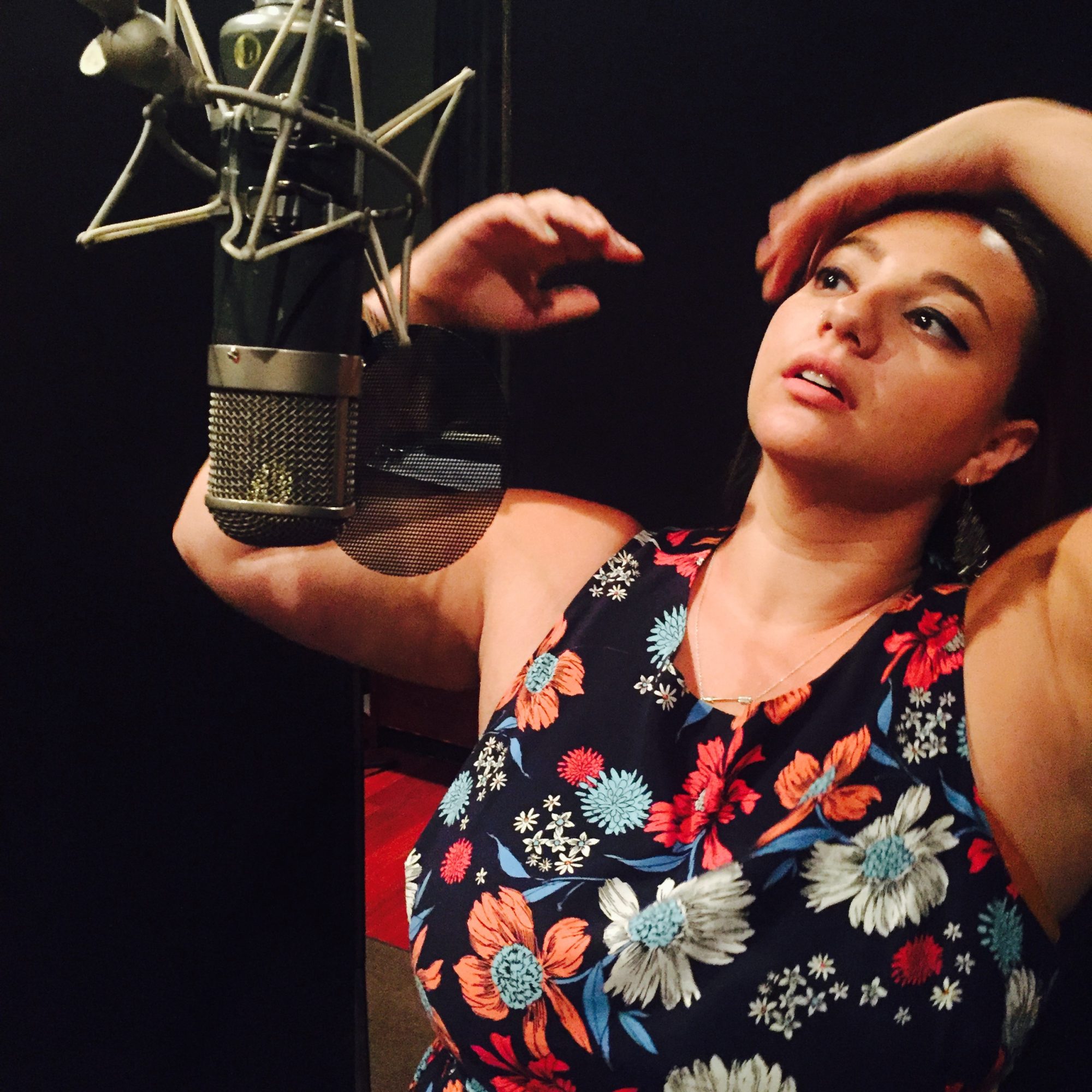 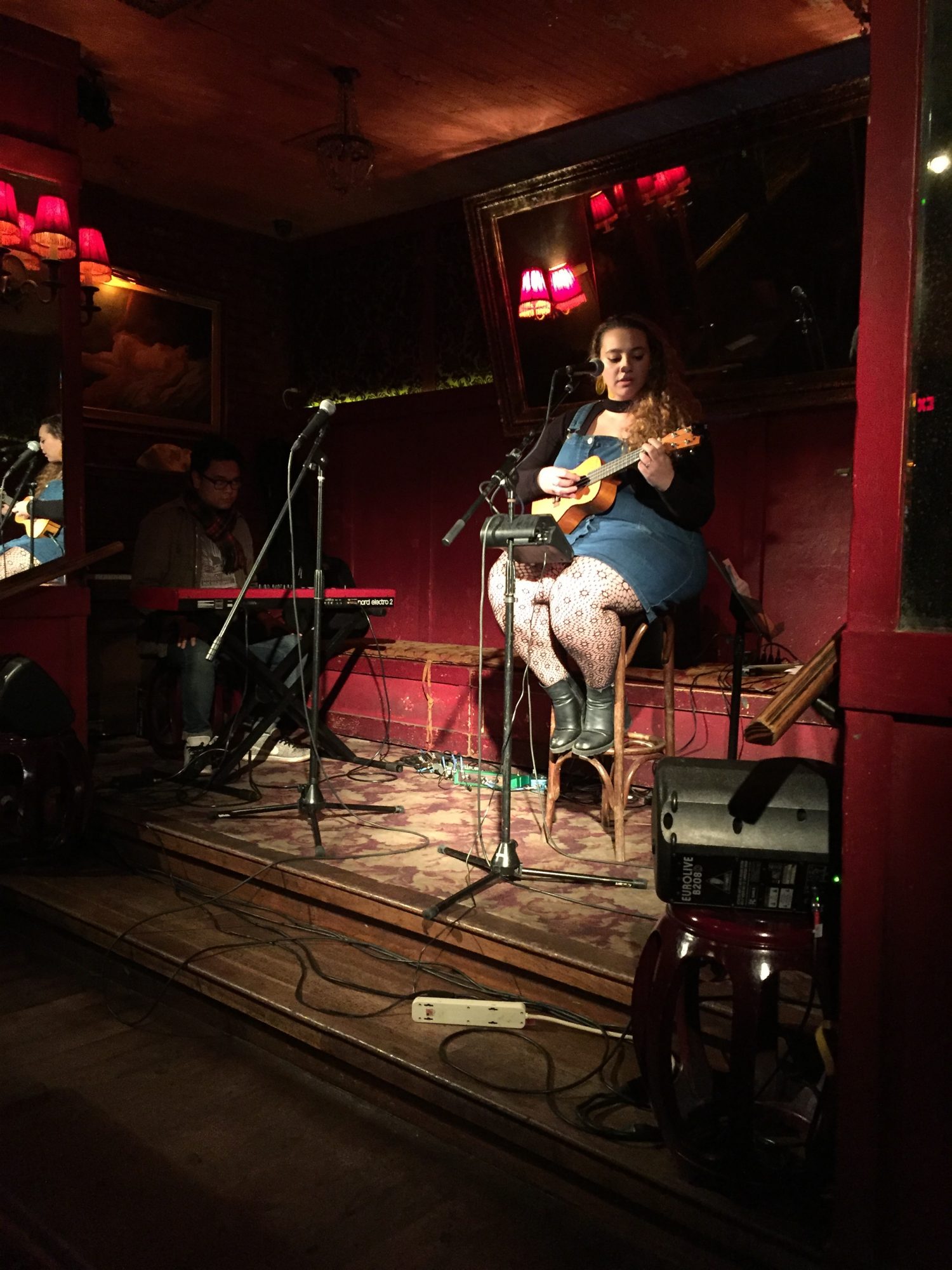 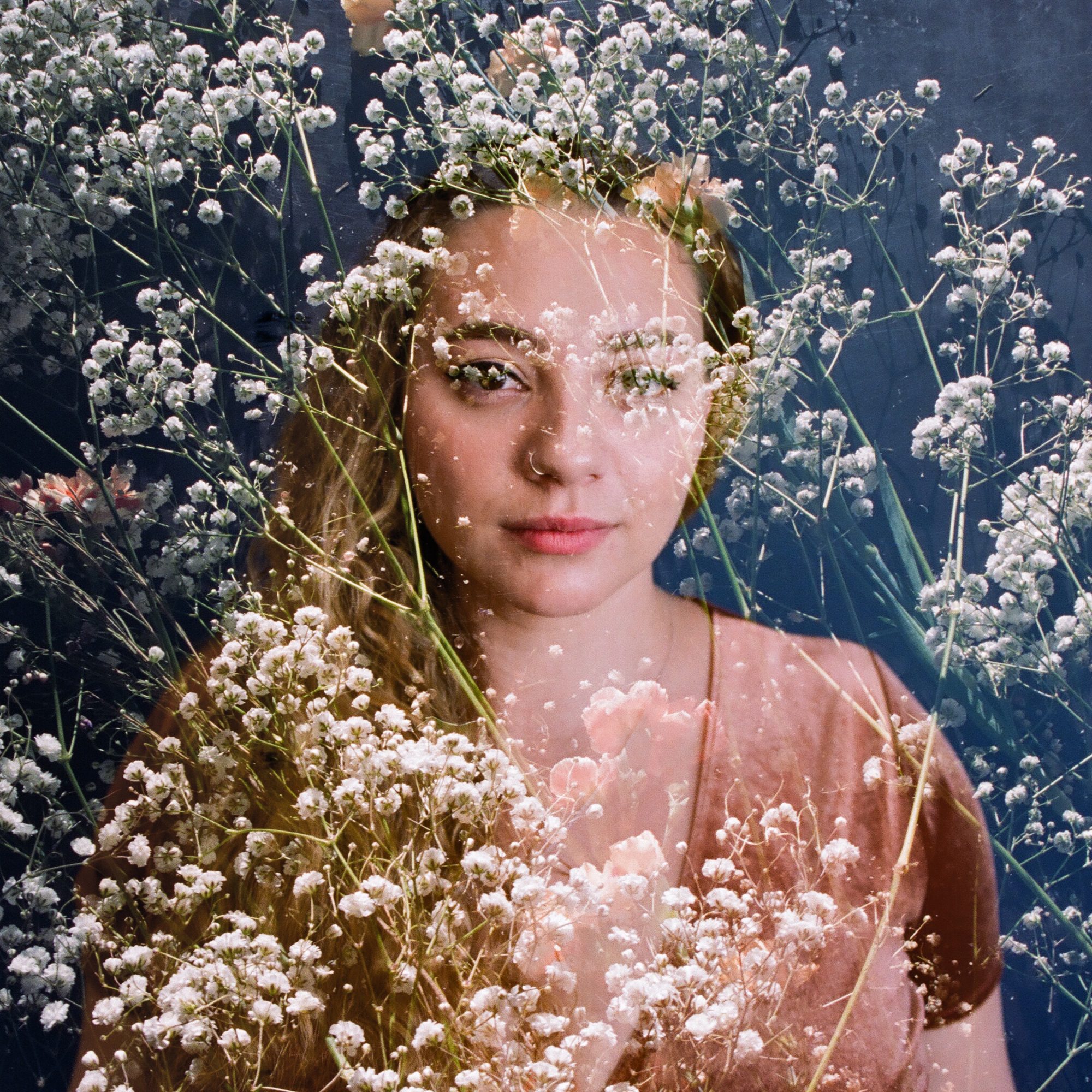 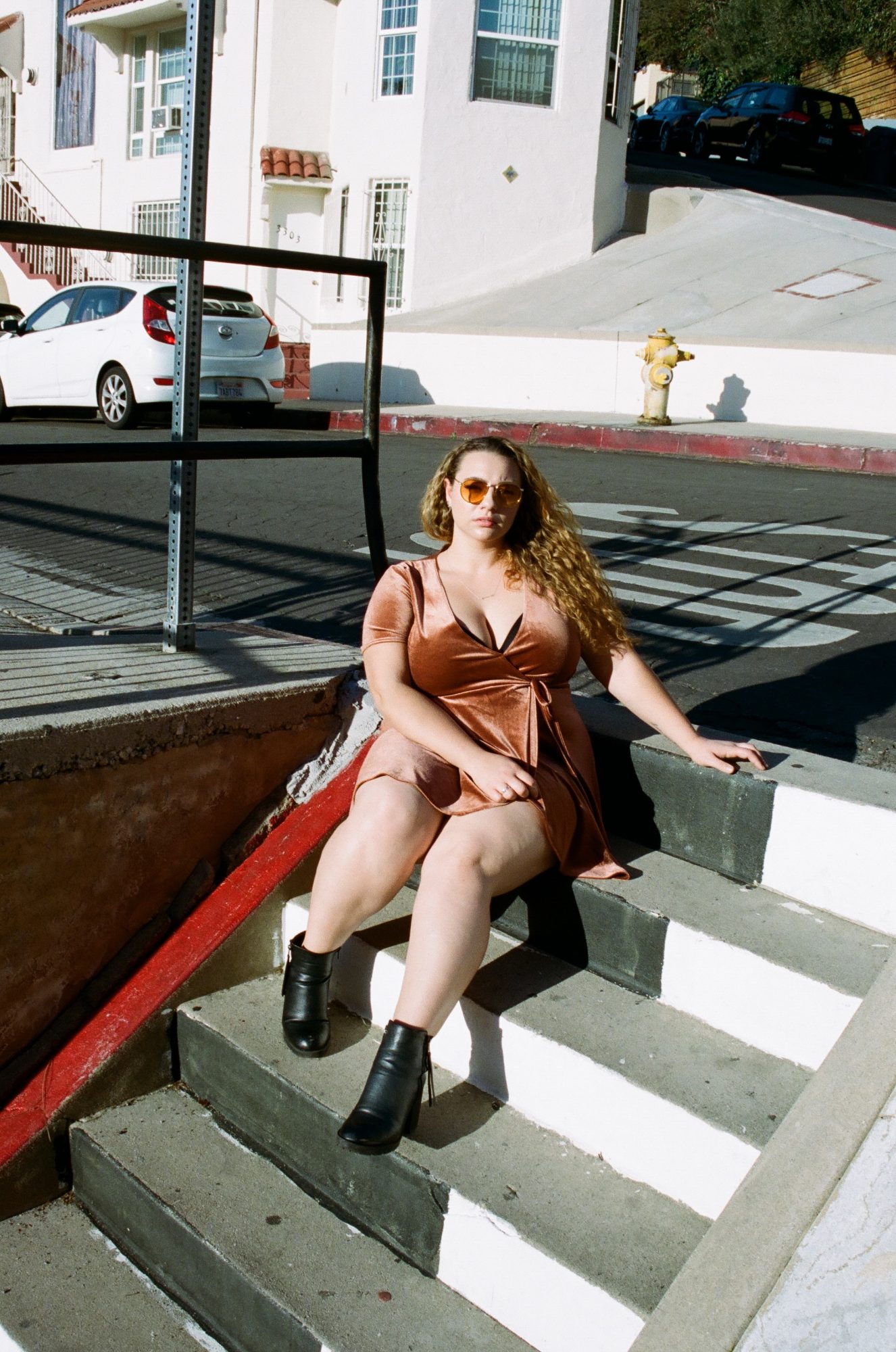