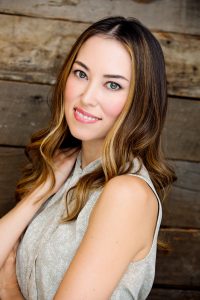 Today we’d like to introduce you to Elizabeth Chang.

Hi Elizabeth, please kick things off for us with an introduction to yourself and your story.
I grew up in Berkeley, California, and from an early age created plays, musicals and ballet performances with my friends. I also studied ballet at the Berkeley Ballet Theatre under Sally Streets, a principal dancer for the New York City ballet, and did theatre through the local schools.

After high school, I went to UC Berkeley and pursued an interdisciplinary program focusing on Comparative Literature, Classics and Art. I’d try and pack as many classes together onto the same days of the week, so on the other days I could book acting jobs, sometimes student films in SF, or occasionally background work on larger productions that came to the Bay Area. That was my first time on a set, and I loved every aspect of it. I loved watching how they lit a scene or the type of equipment they used. After graduating, I moved to LA to pursue acting. I booked some short films and smaller roles in larger productions and joined the Screen Actors Guild. After a year in LA, I took an office job that brought me to Orange County. After a year, I was promoted to be the Director of Investor Relations. My favorite part was writing the Annual Reports. On a soul level, I yearned for more creative outlets. My second year there, we won the silver prize for best online annual report from the National Investor Relations Institute Orange County. Just before my father passed away in 2015 he told me that he wanted me to find something that I loved to do as much as he loved his career – he was an immigration attorney. For me, that was writing and acting. In 2016, I returned to my true passion of acting and writing. My friend and Mentor, Diana Weng, helped by encouraging me and introducing me to other friends in the industry. I joined with Boom Models and Talent in 2017 and started going out for commercials in the Bay Area. Shortly after, I met my manager, Walter Tabayoyong, and I started going out theatrically.

In 2018 I moved to LA, and in 2019 started a development company for film and TV projects, Georgian Pine Entertainment, with my husband, Richard Chang. We produced the pilot episode of a comedy series I wrote, The Next Unicorn, about life in a Fashion Tech Startup. We broke up the first 30 minute episode into three 10 minute mini-episodes and they are now available on Amazon Prime. I wrote a Sci-Fi Novel, Homecoming, that is available on Amazon and bookstores everywhere. I’m producing a Medical Comedy Feature Film, Flawless, with Julianne Arrieta and Mark Labella. A dark and gritty thriller, Claudia Durant, with Dax Phelan, Erik M. Klein, James Su, and Mark Burman. A relationship drama, On Film, with Tian Liu. This past July, I was cast as a lead in a thriller Feature Film, Memory Scanner, with Andrew Forner, Mara Topic, Michael Geretz, and Alexa Ortega, directed by Al Domino, written and executive produced by Jesse Wright. I’m currently shooting a short film, Tears at the Edge of the World, with Sanyee Yuan and Anthony Sayo, Written and Directed by Jason Seo, DP Mark Quintos. I continue to train as an actor year round. Just as professional athletes are constantly training between games so should actors. I’m currently in a scene study class with Jeffrey Marcus and improv at Groundlings. In LA, I’m repped by NTA, commercially, Tangerine, Theatrically, and in the Midwest by Bold Agency.

We all face challenges, but looking back would you describe it as a relatively smooth road?
When I first told my parents that I wanted to move to LA to pursue acting, they thought I was crazy and tried to convince me to do just about anything else. When I first arrived in LA, I didn’t know anyone or have any clue as to how to get started. As an Eurasian actress, half Chinese and half Russian-Jewish, there were very few roles out there for me. Now we are starting to see “open ethnicity” in the breakdowns, but before I was often too white to play Asian roles and too Asian to play caucasian roles. I felt compelled to write material for myself. After the release of The Next Unicorn, the Mixed Asian Media Festival reached out to me to showcase the series, and I spoke at their virtual Festival. I loved watching the other films and series created by mixed Asian actors, writers, producers and directors. Growing up, there were so few Eurasian role models in the media, it was heartwarming to see these stories showcased, and I felt very honored to participate.

Thanks for sharing that. So, maybe next you can tell us a bit more about your work?
I’m an actor, writer and director. I’m interested in telling unique stories from fresh perspectives. When I’m acting, I like to get completely lost in the character, be fearless, and keep going until I hear “cut”. I live for those moments when you forget you are acting and you’re just being the character. It’s similar with writing. When I’m writing I like to inhabit the world of the characters and story. The words start to flow through me, and I’m not completely aware that I’m writing. It’s as if the ideas exist out there in the eather, and I’m editing and assembling them, transmuting them to paper. It’s an honor and privilege to share my perspective through film and tv and I hope my work will inspire others. I’m most proud of the risks I take for art. Sometimes we find the greatest moments through failure. We have to try new things, push boundaries, take risks, and not worry about what people might think. I like to think my insatiable curiosity and my undaunted fearlessness set me apart.

We’d be interested to hear your thoughts on luck and what role, if any, you feel it’s played for you?
People often tell me that in entertainment, Luck comes first, connections second, and talent third. Luck is important, but I also believe that our actions and attitude play a crucial role as well. From time to time, someone will just happen to be looking for a Eurasian actress about my age and will be introduced to me at the right time. When I was living in San Francisco in 2017, my friend Diana Weng connected me with Tim Hulls, who was casting for a commercial. The director Henry Kim had two child actors in mind and was looking for a Eurasian actress to play their mother. I happened to fit the part. He ended up shooting a short film at the same time. In the days leading up to the shoot, our conversations led to rewrites, on set we improvised and the story shifted. Eventually, that short became Glass House, and it had a festival run and then went on Amazon Prime for a year. By remaining creatively curious, having a “can do” attitude, and a desire to get whatever needs finishing done, I ended up co-directing, editing, and supervising post-production. Those experiences gave me the confidence to later produce The Next Unicorn. When it comes to auditioning for roles, I prepare as much as I can, then let go and have fun. I believe that the right roles will find me at the right time. Until then, I’ll do as much as I can to make myself the best actor I can be in preparation. Or as Seneca said, luck is what happens when preparation meets opportunity. 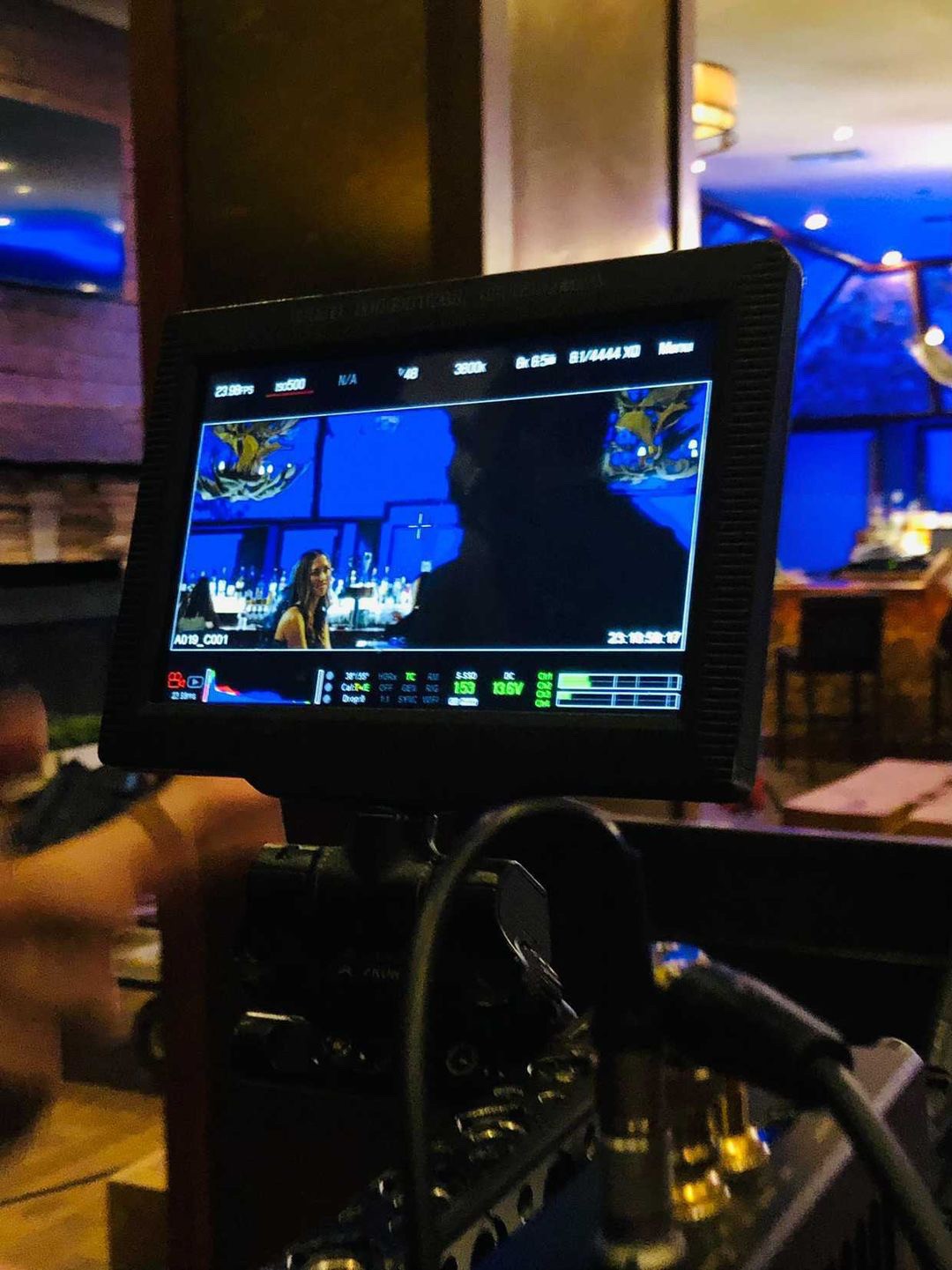 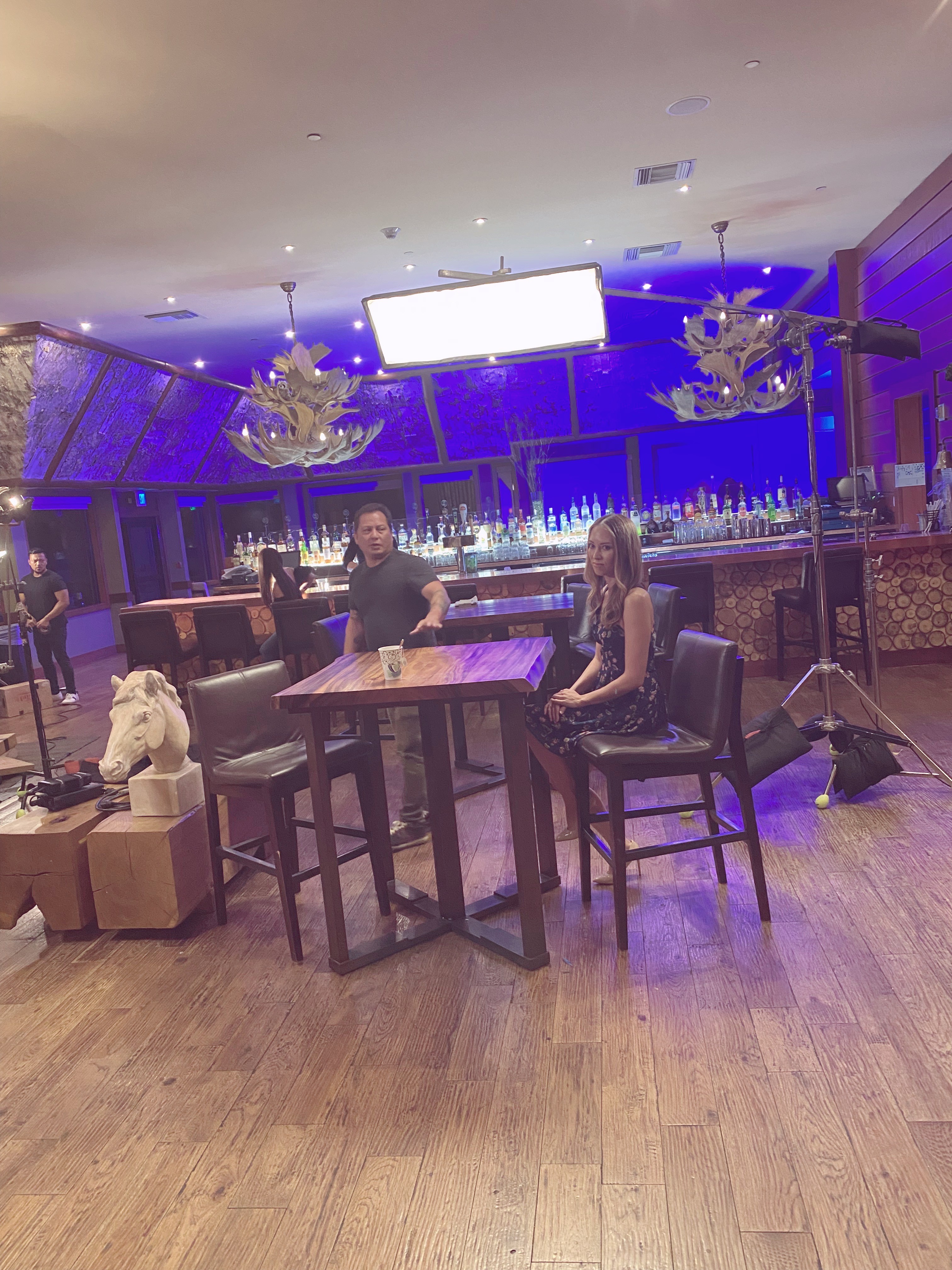 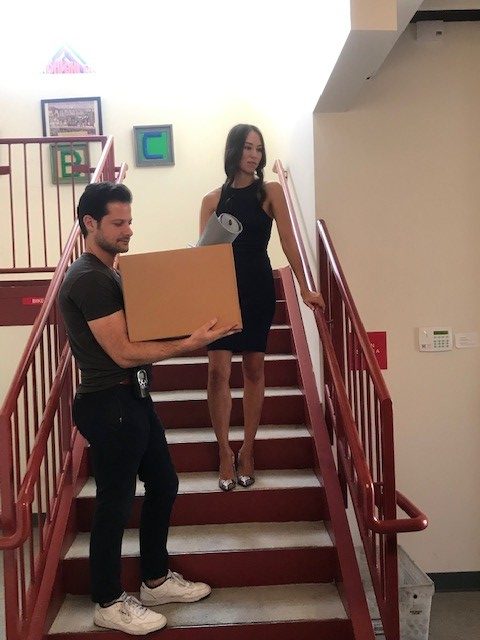 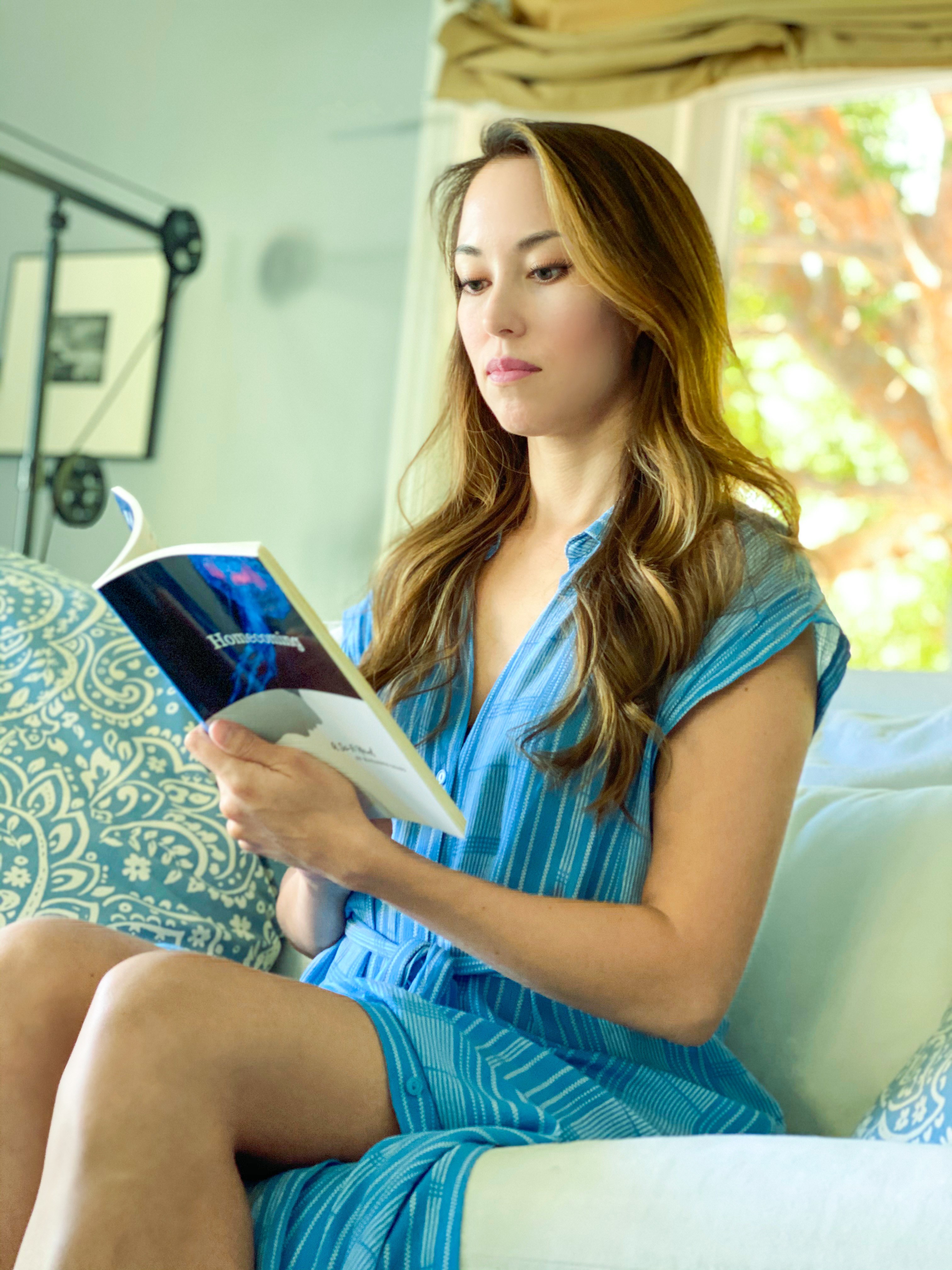 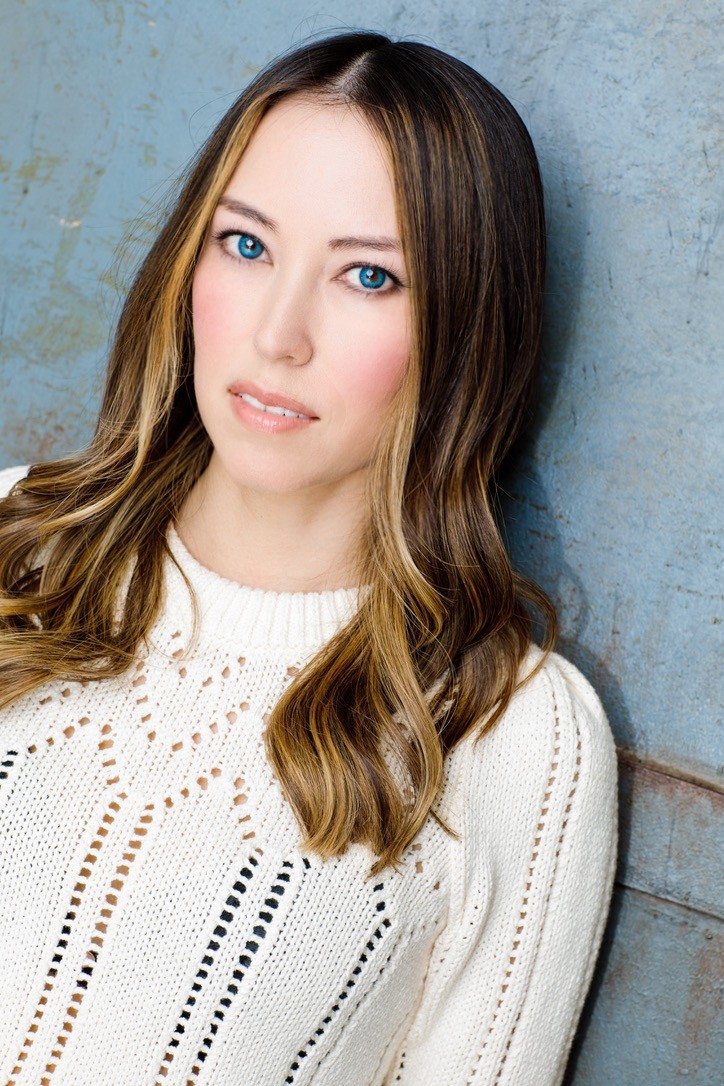 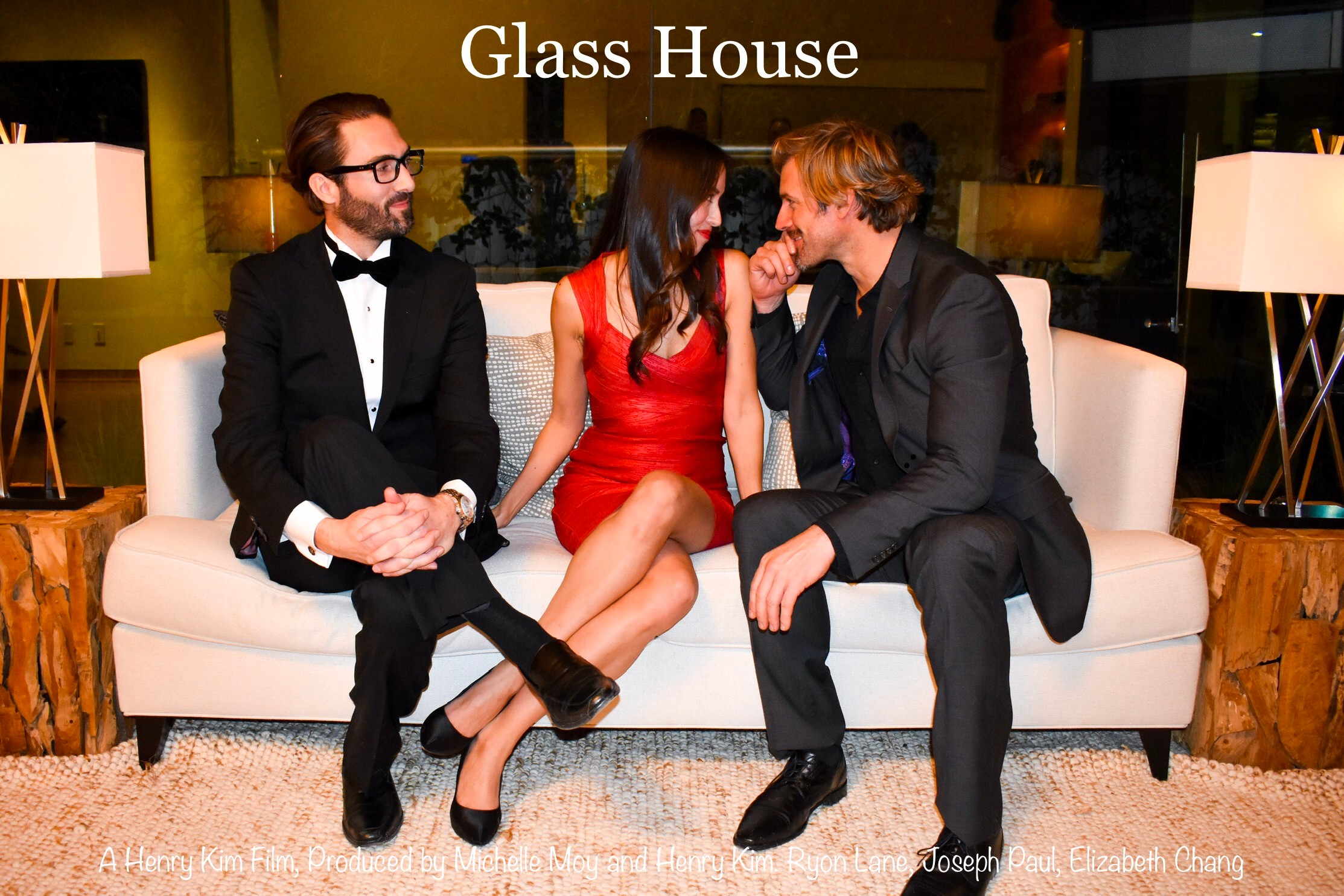 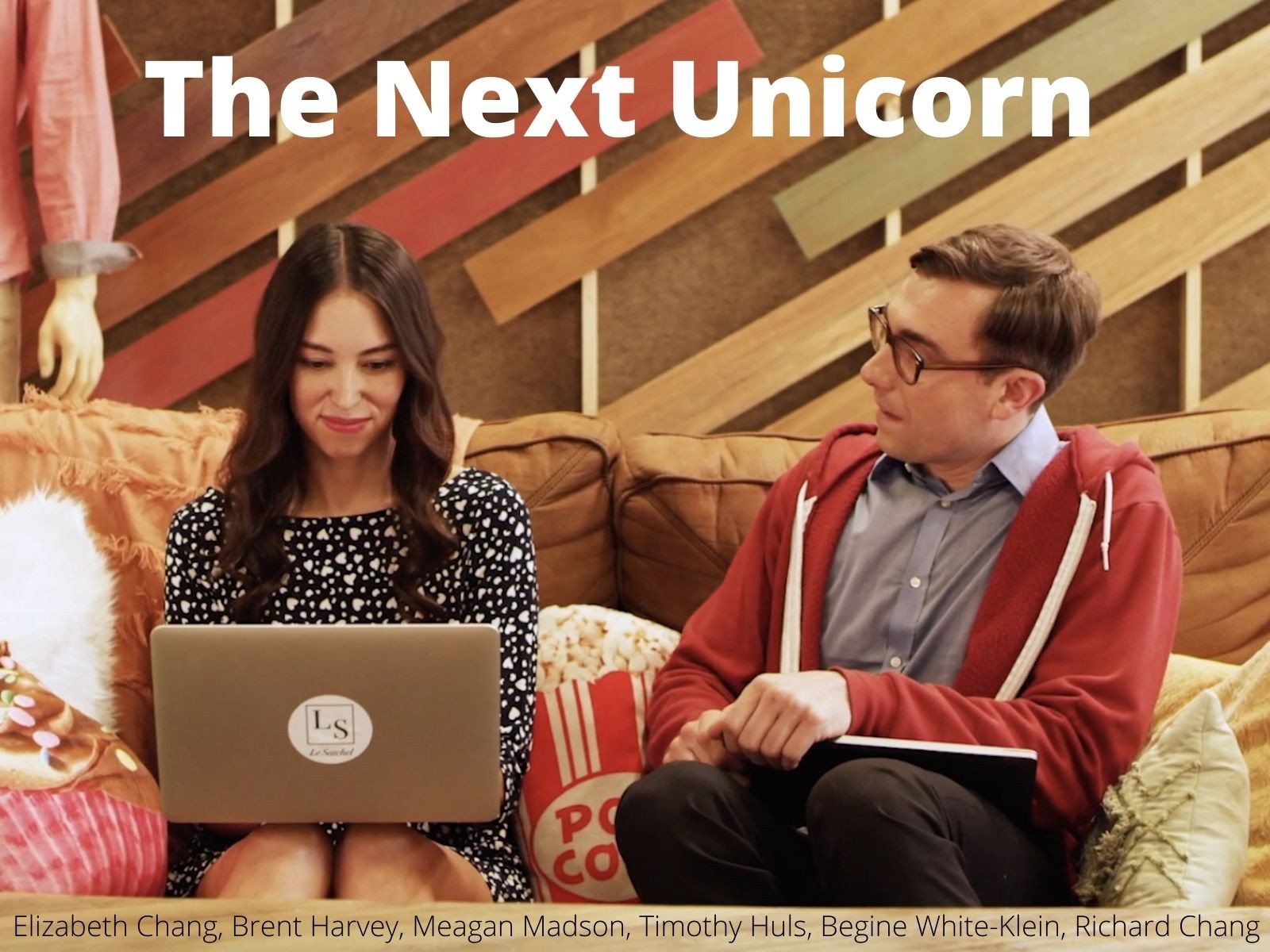