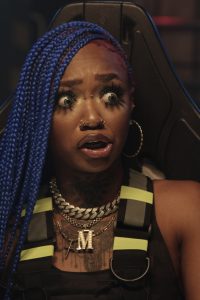 Today we’d like to introduce you to Destani Jordan.

Hi Destani, so excited to have you with us today. What can you tell us about your story?
I began doing music at age ten. My dad overheard me playing around rapping with my brothers in the garage and realized that I had a natural talent for it. From that day forward, he became my manager and began to invest into my music career. I came up with the stage name Yahnii which stood for (Young Active Hot No cuts Incredible Individual) I officially began my solo career in August 2011. I was signed to Tonestruck Records headed by Mr. Lee Ford Jr. and Mr. Stan Sheppard on October 30, 2011. Through the efforts of Tonestruck Records, I auditioned for Universal Republic on May 14, 2012. Later that year, I was offered distribution with Universal through another affiliate of the same. Previously I had performed with two former groups “The Stacc Boiz” and “LSG” (LSG being an all girls group). I had opened shows for the likes of E-40, Lazy Bone, Bizzy Bone, and a host of other signed artists to include NCredible Records Recording Artist the Rangers and NCredible Hero on December 16, 2012. All the while furthering my music career and maintaining a 3.5 G.P.A. as a High school sophomore to maintain my entertainment permit! Being underage I honestly had no choice in what I wanted or who I wanted to be as an artist. As I did enjoy doing pop/hip hop music. I truly loved rapping. Problem was I was well beyond my years. Nothing I wanted to do was kid appropriate really. By age 17, my dad came down with a rare disease called Gallium Barre Syndrome. Where he was paralyzed from the feet up, unfortunately. No longer able to walk, talk or even blink for that matter. (He’s back doing well today)

During the time he was out is when I decided to give up my music career. Being I was mentally/emotionally dealing with a lot and I couldn’t do/be who I wanted as an artist anyways. With my dad down who was going to manage me? Around then is when I ended up falling in love with my best friend. Whom I ended up in a relationship with for six years. During this time i lost myself in just about every way and things got very toxic over the time. Spending all of those years investing into and bettering them rather than myself long story short. In 2019 is when the relationship was really over. Around then is when one of the producers I worked with in my previous rap days reached out and asked if I wanted to do a feature with Gyptian the famous Jamaican artist. I couldn’t pass up that opportunity. I was even paid to do it. We came out with a song “Feel Nice” in September of 2019. The streams did thousands of numbers and the YouTube audio has over 18,000 views today. This was the start of me getting back to what I love. In the beginning of 2020 while trying to truly find myself and my life’s purpose is when I realized how much I did and do love doing music . In addition to that I can be whomever i wanted as an adult. Fast-forwarding a little to 2021. I figured out how to fully shift all of my energy into me, my music and creativity. Being I’m an adult now, I get to be who I want and do as I please as an artist. I figured out a name to compliment my inimitable personality. So I renamed myself “Magnificent Mojo” Meaning (Impressively beautiful Charm). At age 24, as I began to pursue my music career again, I managed to work two jobs as an in home care provider for the elderly. As well as attending school to obtain my license while also maintaining time to be in the studio recording my new debut album. Big thank you to my Monks in Encinitas,CA who precisely helped with my self discovering , along with my life’s purpose. Moreover , a special thank you to my nmatched talented Producer “Peyton Smith”. Who additionally blessed me by introducing me to my gifted videographer “Demetre Ramos Davis”. These two have made my music career these days nothing less of Magnificent. Bringing my sounds and visuals to life every time. In July 2021 is when released my first video and single as “Magnificent Mojo” which was “Clueless”.

In this video, I did my own makeup, customized and styled my own wig units, picked my own venue and customized/styled my outfits according to each room. Originally I had planned for a completely different concept but things kept falling apart the closer it got to shooting day. I refused to allow those obstacles to get in my way. One way or another, I was going to make it happen so I went back to the drawing board with my videographer and he introduced me to the app “Peer Space”. There I found my new venue. From there, I was able to create new visuals and style myself accordingly. Long story short, I am my own management, stylist, hair stylist and overall creator when it comes to my career today. So I am enjoying discovering more ways to express myself through my talents. One day at a time. I have now released my 2nd Video “Magnificent” on Halloween 2021. From Planet Earth to planet Mars. From “Yahnii” to “MAGNIFICENT”. I strive to be as original, creative and the absolute best me that I can be. My debut album “Welcome to Wonderland” will be released in the beginning of 2021. I’m just jumping off the porch though, so follow me on my journey to SUCCESS!

We all face challenges, but looking back would you describe it as a relatively smooth road?
It’s definitely been rocky! I’ve gone days with no sleep. Hardly eating basically living out of my car. Going from one 12 hour shift to another working two jobs. Grinding to do what I needed in order to invest in my music career, maintain my day to day lifestyle and bills. All while managing to make time to be in the studio twice a week recording my debut album and in class once a week in the evening for 2 hours. During this time to encourage and motivate myself? I would constantly remind myself that It is only Temporary! That everything happens for a reason, trust in my process and stay disciplined/dedicated. Dreams only work if you do. If you want a lot, you must do a lot.

Can you tell our readers more about what you do and what you think sets you apart from others?
I am an entrepreneur with numeral traits. A lightworker first and foremost, a recording artist and creator. I write, rap, & sing as far as music. I specialize in customizing/styling/creating clothes as well as wig units.

I’d say I’m most known for my versatility/sound in my music and of course In addition my light work/uplifting spirits. Im different for various reasonings.I have a very big personality! Super happy, energetic, outgoing and positive for the most part. Always helping motivate and elevate others whenever I can, however I can.

As a female artist today mostly everything is sexualized. Not in my music. My raw sound, style, delivery and flow is unmatched furthermore my creativity and versatility. I can do just about any and everything I put my mind to. I don’t have a limit or lane so I like to refer to myself as NO LANE SHAWTY. I’m going to touch just about every genre in the industry and be good at doing so!

Networking and finding a mentor can have such a positive impact on one’s life and career. Any advice?
I’m honestly still doing it all on my own. It’s only been four months since I’ve got back into music and released my first single. Networking with others through social media and in person has helped me tremendously. I introduce myself and ask questions whenever I feel the opportunity is present. You’ll be surprised who you end up around sometimes. There’s still good people out here who don’t mind helping or even connecting you with one of their contacts sometimes. I’ve learned to just put myself out there and to never be afraid to go get what I want. I’m definitely open to having a mentor if I were to meet the right individual. 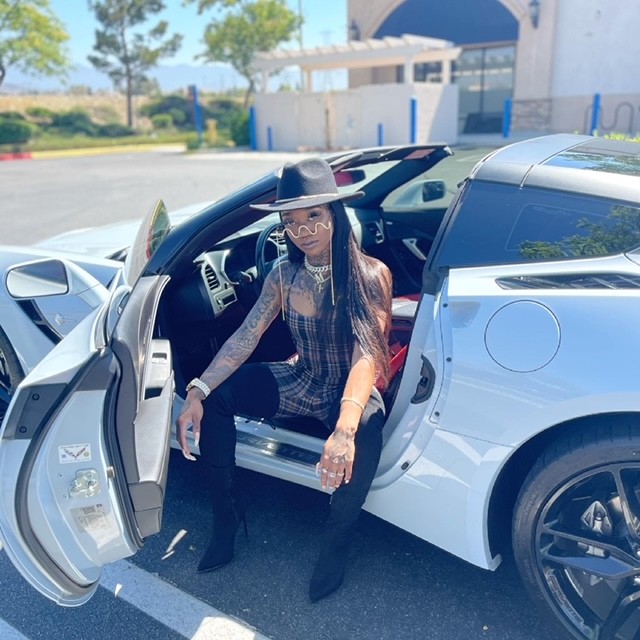 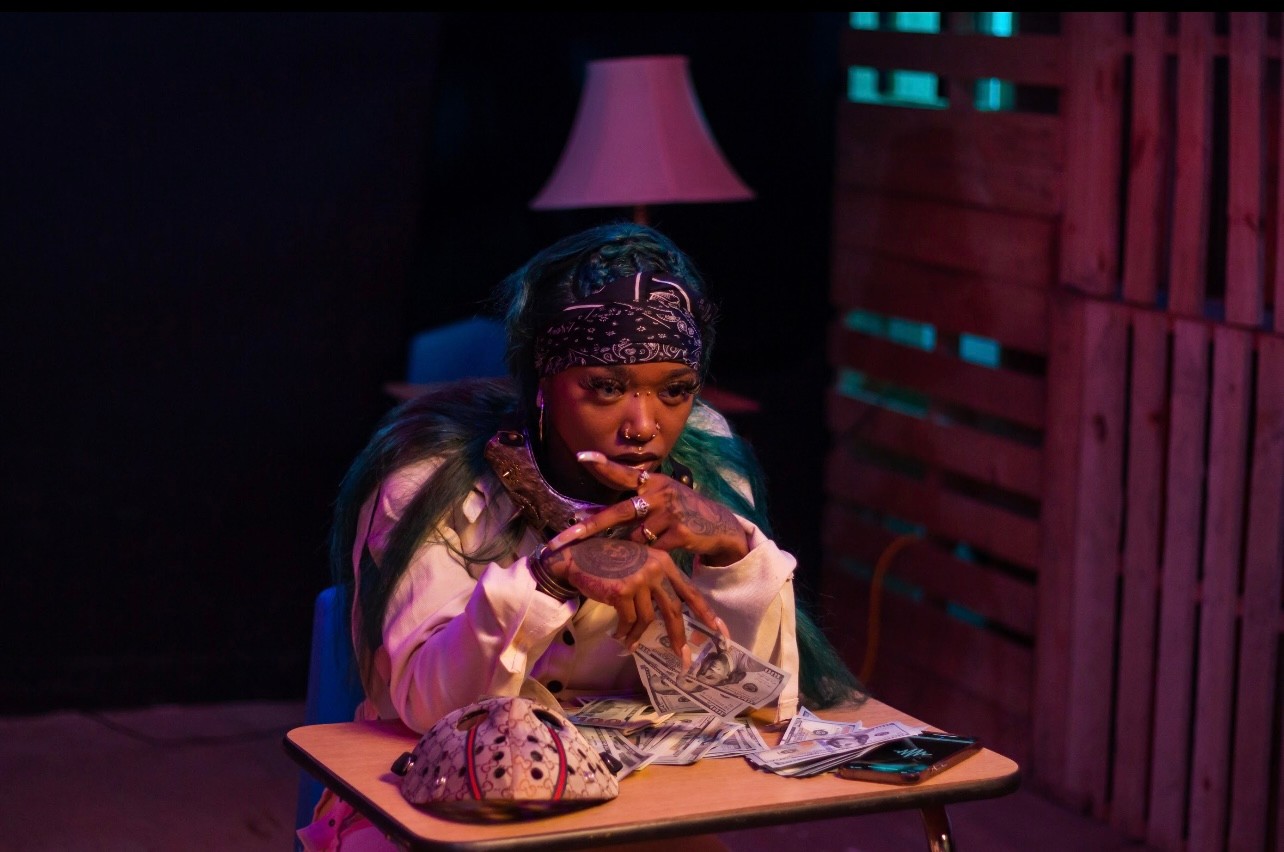 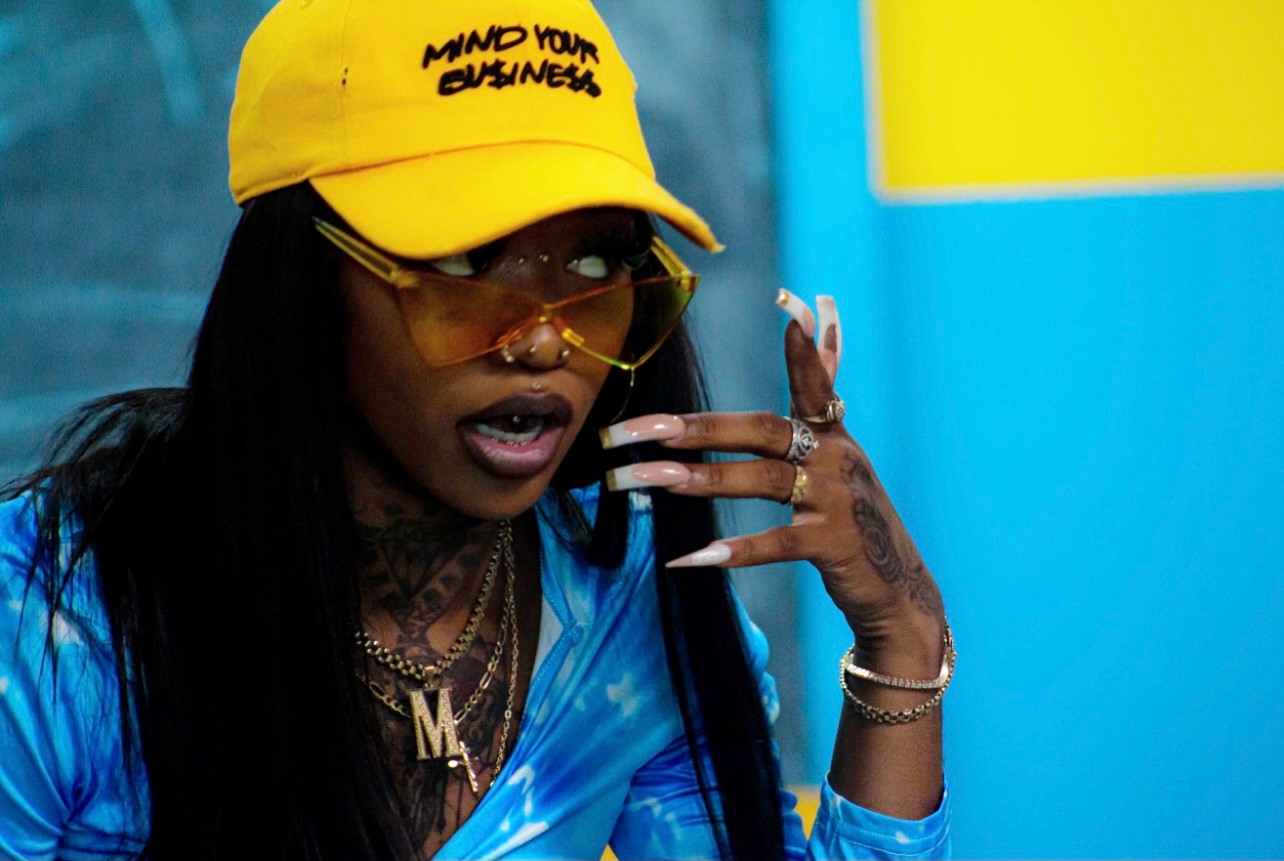 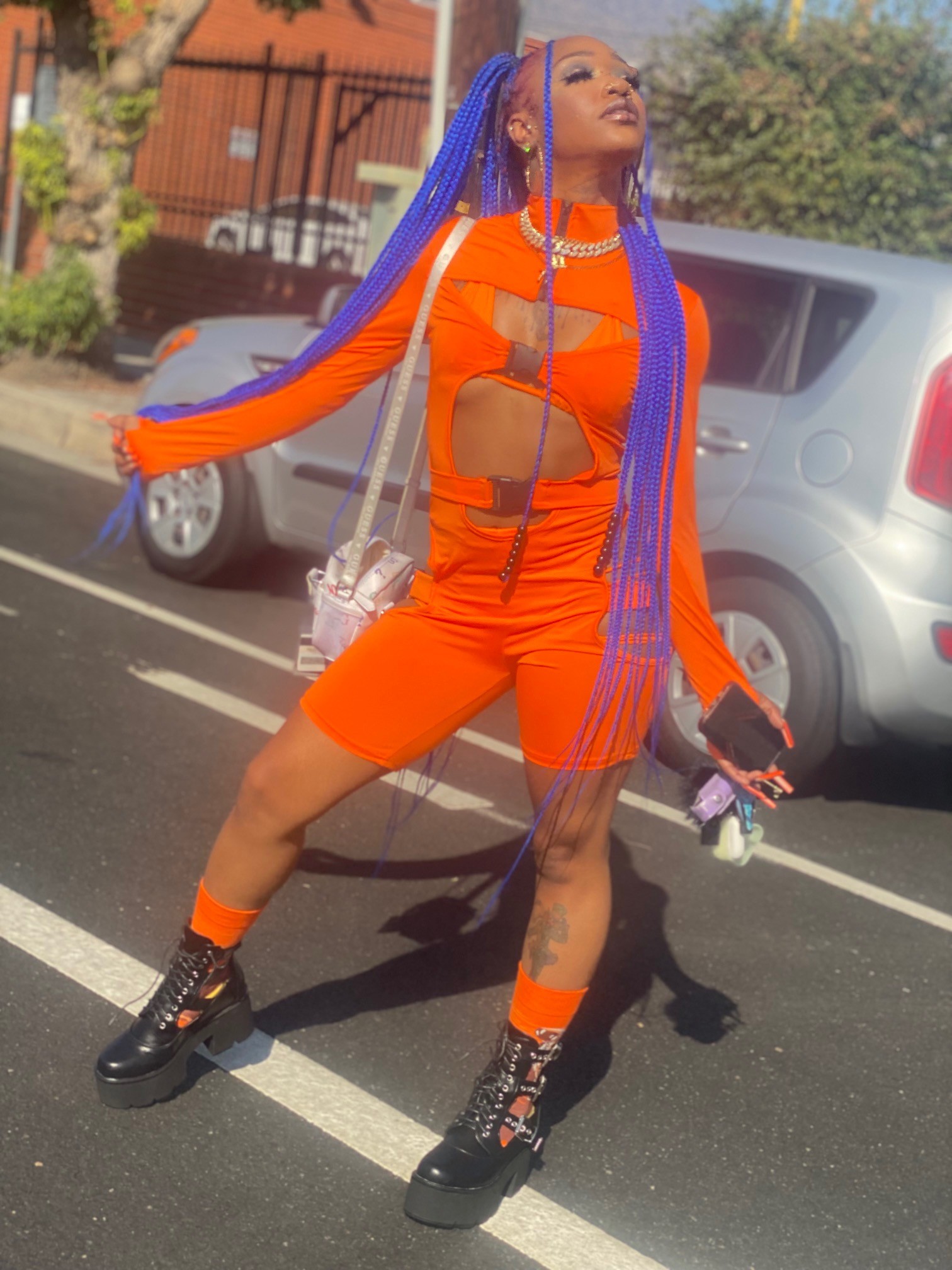 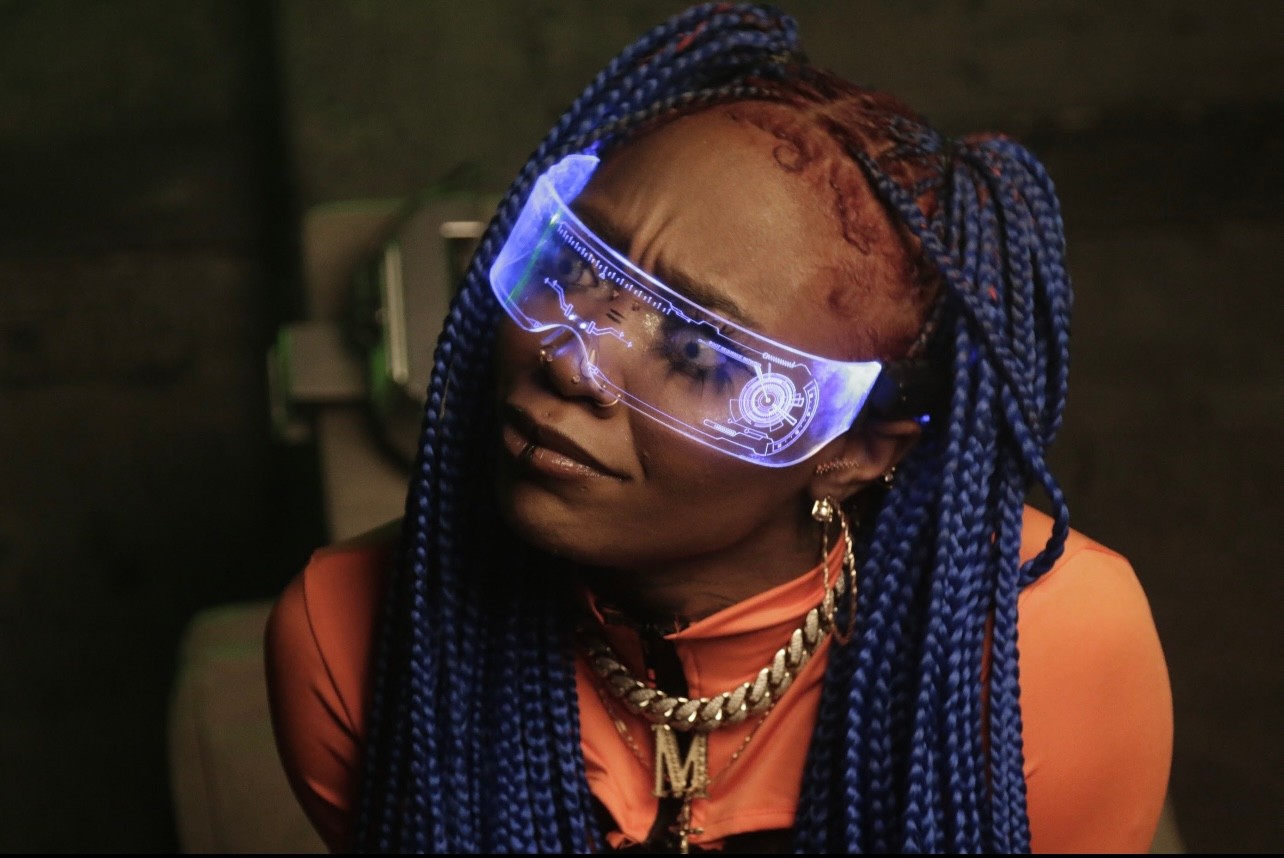 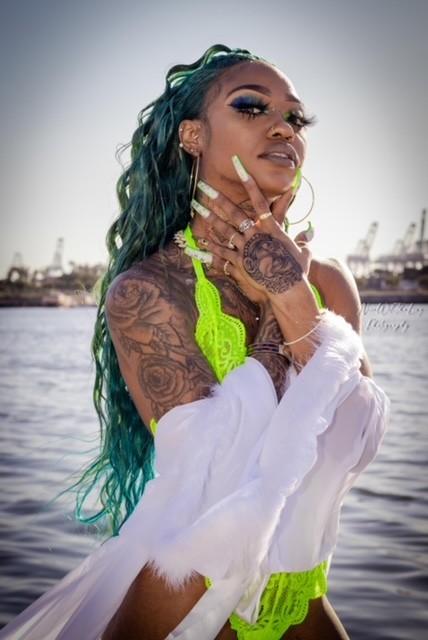 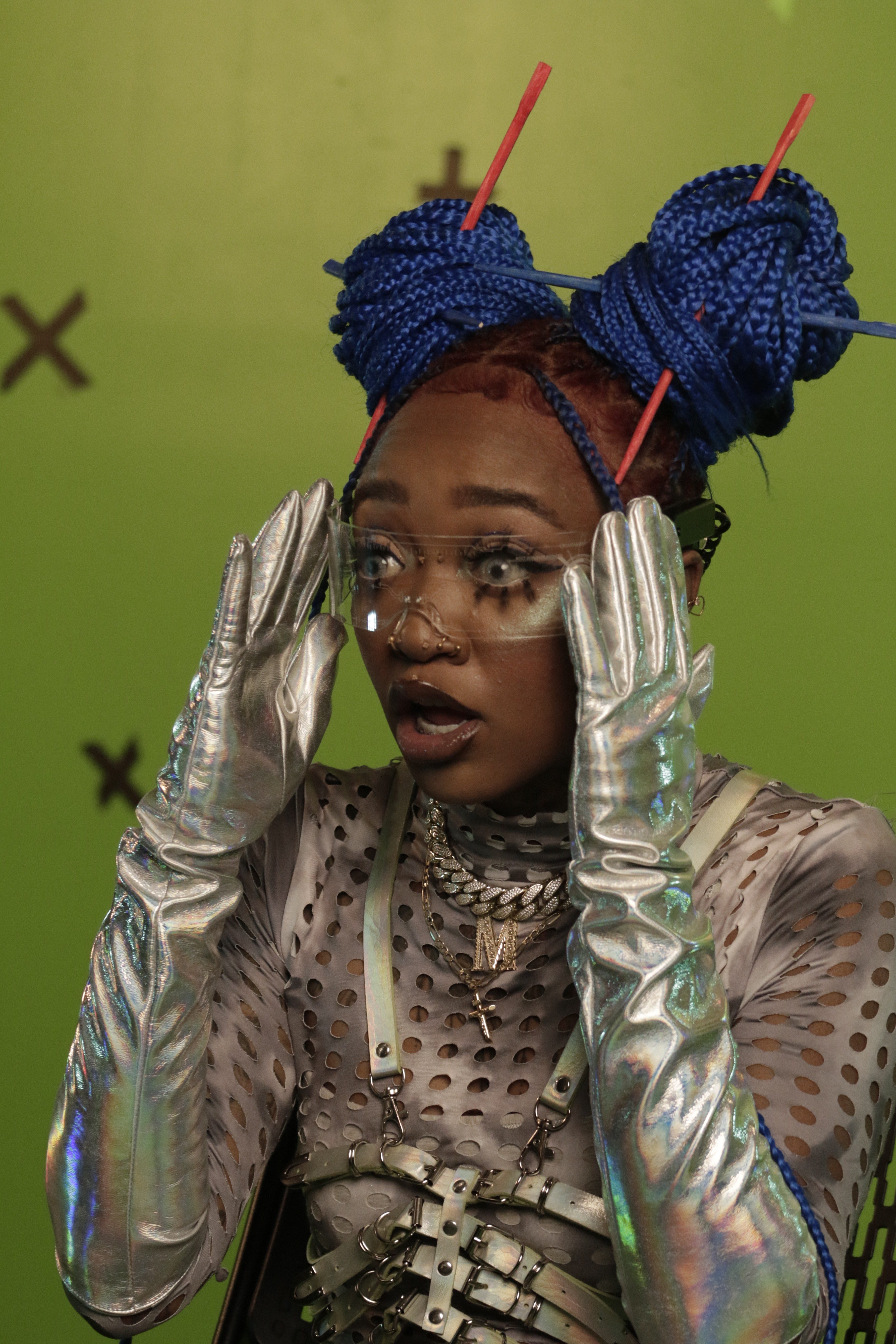 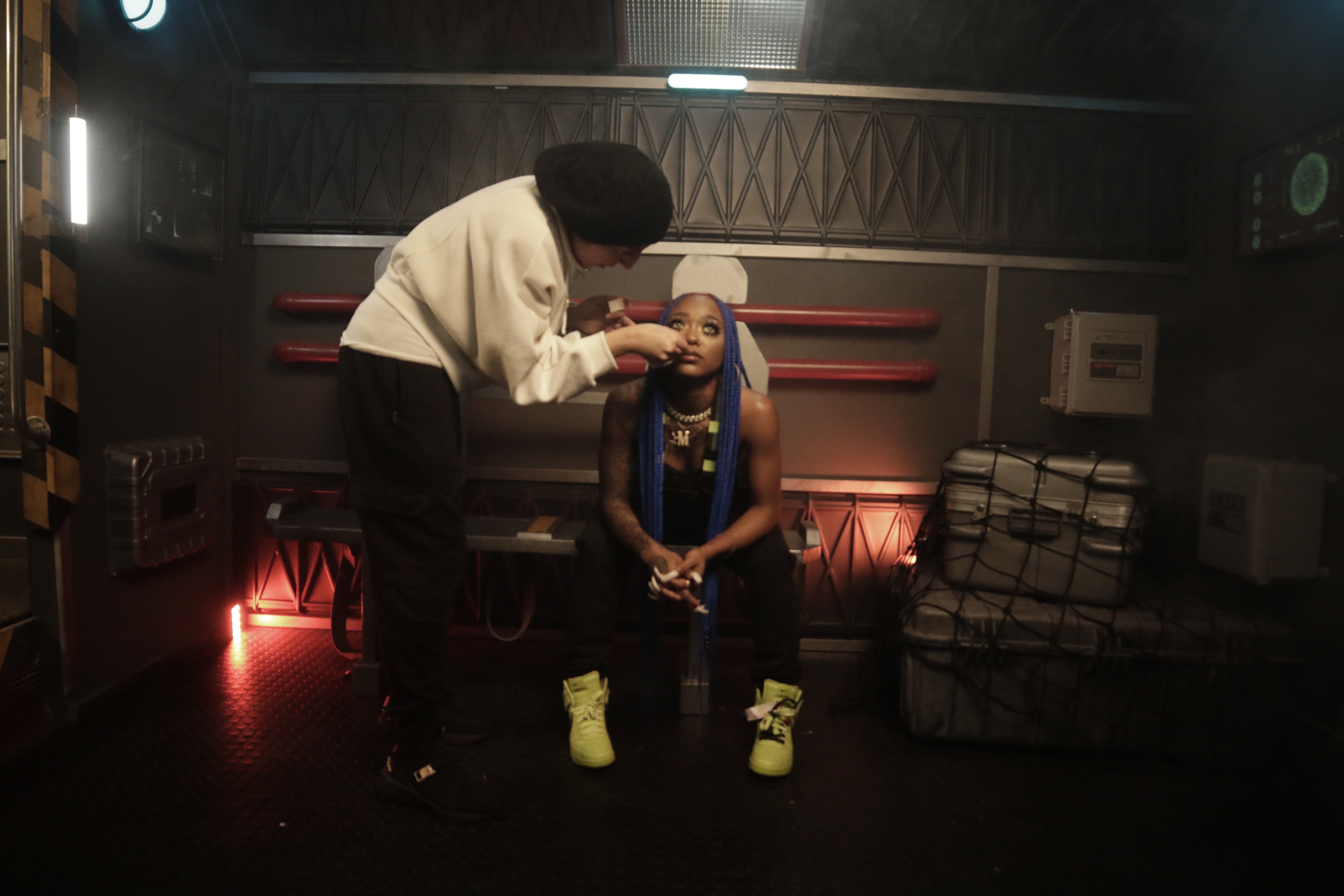