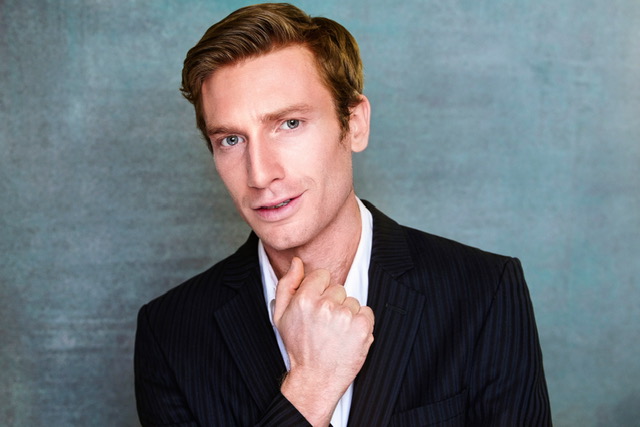 Today we’d like to introduce you to Christopher Francis King.

I grew up in the Boston area, although I feel like in a lot of ways my story began when I left for California in early 2012. My mother had recently passed away and I was coming out of a challenging time in my life. I felt like I had to make drastic change in order to find some kind of motivation.

I moved to Berkeley CA with little to no plan. After months of odd jobs and letdowns, I came to terms with the fact that the whole “California thing” probably wasn’t going to work out. Then in December 2012, I got in the door at the world famous Chez Panisse. I’m certain that if I hadn’t turned around after my interview and told them how much the job would mean to me with a defeated smile and shrug, they wouldn’t have given me a chance. This was the beginning of a six year and remarkable chapter in my life. I didn’t realize it at the time that I was being welcomed into a family of brilliant creatives who would play a major role in my journey as an artist.

I feel like a lot of artists relate to not being able to make sense of their desire to create and how to channel it. I was getting into trouble a lot as a teenager and felt like I didn’t really belong in my environment. I think having that perspective and drastically making changes in my life inspired my creativity. A handful of friends and family during my early days in California really had my back and made me feel comfortable being myself. I think this gave me the confidence to risk a life in the arts. They know who they are and I love them for that.

A couple of years later, I met my friend Matt one evening in San Francisco. He was an actor and . invited me to see his performance in “Wait Until Dark.” That production affected me in a way that I cannot describe, but I knew in that moment I wanted to affect people in the ways those actors on stage affected me. I wanted to find my way into the theatre scene. Within a month, my buddy Ross invited me to audition for an experimental play he was producing at a warehouse art venue in South Berkeley. I had gone to parties there before and was captivated by their strange avant-garde style of performance. I ended up getting the lead role in the play and after that I was hooked. I looked for every way possible to incorporate performance into my life.

Shortly after, I found The Beverly Hills Playhouse. That place instantly became my creative home away from home. The energy in the room and the talent I would see on stage would literally give me chills night after night. It was like the modern day version of the Group Theatre. I thank my teachers Rob Zimmerman and Peter Allas for providing a space for us, where we could always and unapologetically push our creative boundaries. I’d travel to the city at two in the morning and rehearse until seven or eight, take a nap on the couch in the foyer and then perform my scene for the Saturday class at nine. I remember one rehearsal for “A Face In The Crowd,” I had jumped off a platform flipping onto a mattress over one hundred times, shirtless and drenched in sweat. My scene partner kept pushing me harder and harder and after hours of work we had an explosive scene that shook the class when we performed it. In that rehearsal I realized that what I was doing wasn’t work, it was play time.

When I was on stage, nothing I did was wrong, too bold or too much. A six hour rehearsal could feel like ten minutes. I was falling in love with acting and the community I had become part of. The Beverly Hills Playhouse changed my whole life. Outside of class, I was fortunate to be in some quality productions. On stage, I played Cliff Bradshaw in Cabaret, Phillip Capet in The Lion In Winter and James Moorland in Jane Austen’s Northanger Abbey to name a few. I also did films and local TV shows that led me to work with some great directors. Additionally, I began stage managing in order to find any way I could to spend time in the theatre. In May 2019, I moved to LA. and got involved with the Upright Citizens Brigade. My teachers at The Beverly Hills Playhouse expanded their class to the Skylight Theatre in Los Feliz. They would fly down on Monday mornings and teach a small group of us who had moved to LA. I was grateful to have a network of artist friends in Los Angeles as well. We became very close and would lift each other up through our work and in celebrating each other’s success. I was stage managing at the Skylight Theatre and The Lounge Theatre in West Hollywood and began creating my own content. I have since been introduced to artistic mentors, Brad Greenquist and Joshua Lebar who have contributed significantly to my training.

Aside from acting, I’m an oil painter, part time nomad, sailor, and dedicated beach bum. In all seriousness, I hope that my work will bring me to travel the world. My life has changed a lot and mostly for the better and I attribute perspective and change to spiritual expansion: I embrace it all. I think one thing that I have going for me is my willingness to get out and explore, even if it scares me. I want to do and experience everything and I will not suppress my desire for adventure no matter how bizarre and unconventional it may be. I’ve realized that it’s my experience of life that will inspire my art and not the other way around. I hope that the stories I tell and the work I create will inspire others. I am represented by Discover Management and Esprit Talent agency and would like to thank my all star team for working so hard to fuel my career.

There certainly have been obstacles and challenges, but in a lot of ways I feel very fortunate. My mother’s death caused me a great deal of pain, however, I believe that in great pain you acquire the possibility for growth that goes beyond what you might have previously imagined for yourself. I can honestly say that I’m a happy guy and I feel like I’ve had some great opportunities. I believe there are a lot more to come. The pandemic has allowed me to slow down and reflect on what I’ve done so far and appreciate where I’m at. Im grateful for all the things I was able to get into place before 2020 and I am very optimistic about what 2021 will bring. I think my biggest struggle with my art has been getting out of my own way. I feel like I’m finally at a point where I’m not afraid to fail and will keep putting my work out there. At a certain point, you’re not trying to prove anything to anyone anymore, it just becomes a way of life.

Cliff Bradshaw was one of my favorite roles that I’ve played. The second, the cunning and manipulative Phillip Capet. On screen, I’ve played angels, aliens and stoners, to name a few. I also adore comedy and making people laugh. Comedy allows me get all of my dumb ideas out of my head. It would be a dream to get on a multi-cam sitcom. Recently, I’ve created some of my own comedic content and plan to write more sketches this year.

What matters most to you? Why?

My health, my family, and my close friends. I want to live a life that inspires me to make some kind of an impact. I think we have to take care of ourselves in order to effectively show up for others. It’s a balancing act. I believe it’s possible to find happiness in our day to day experience but there’s a lot of distractions that ultimately lead to emptiness and we have to sort through all that to find what is true for us. I hope to find meaning in what I do all the time. This is important to me because someday I will have to look at myself and reflect on what kind of impact I had on others, if it’s not something positive, I don’t think I’ll feel too good about that. 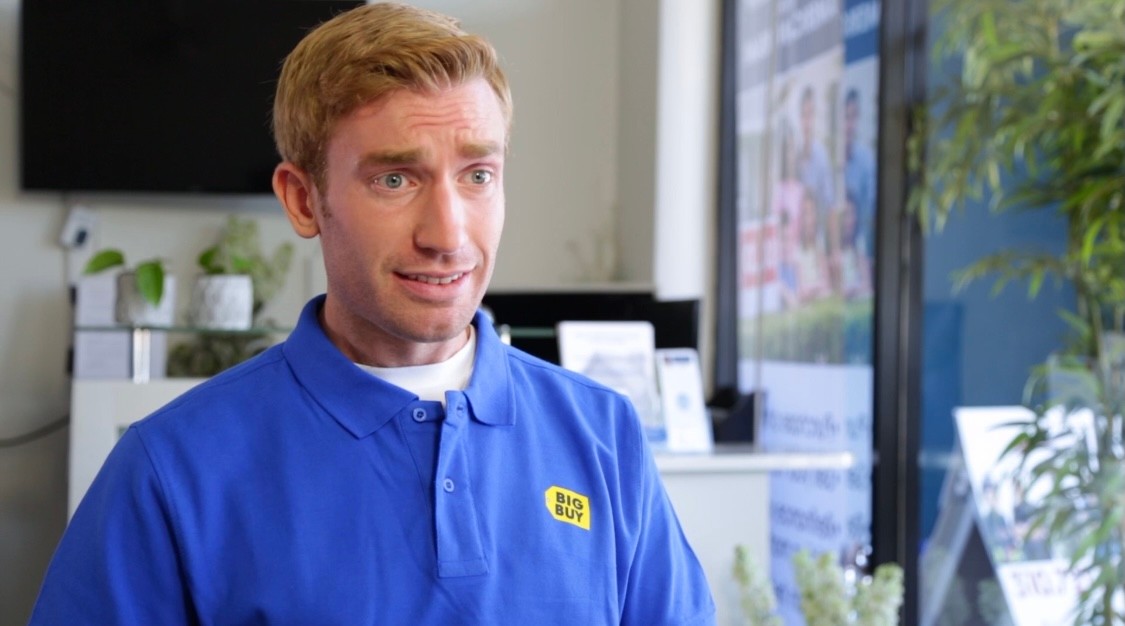 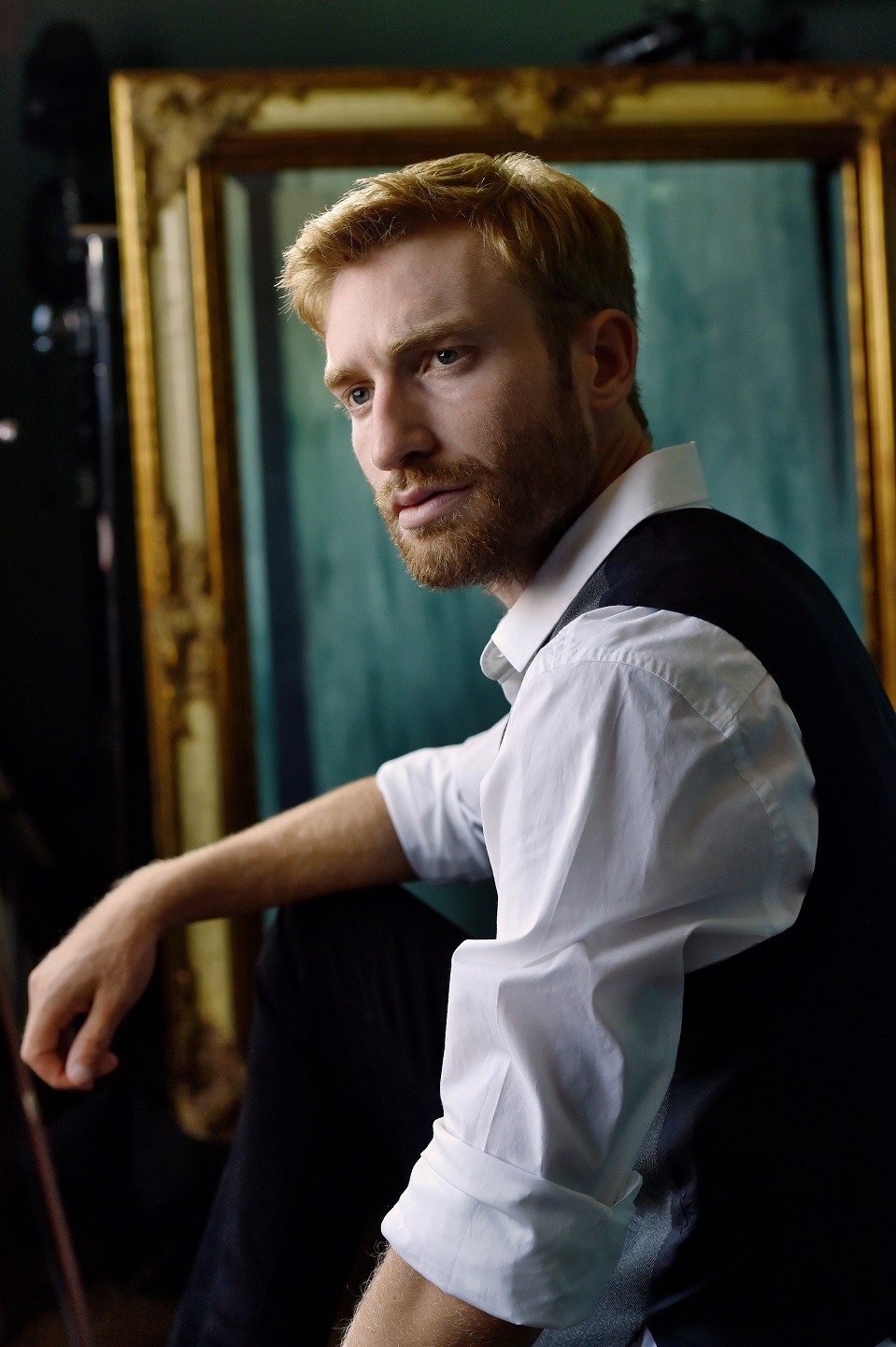 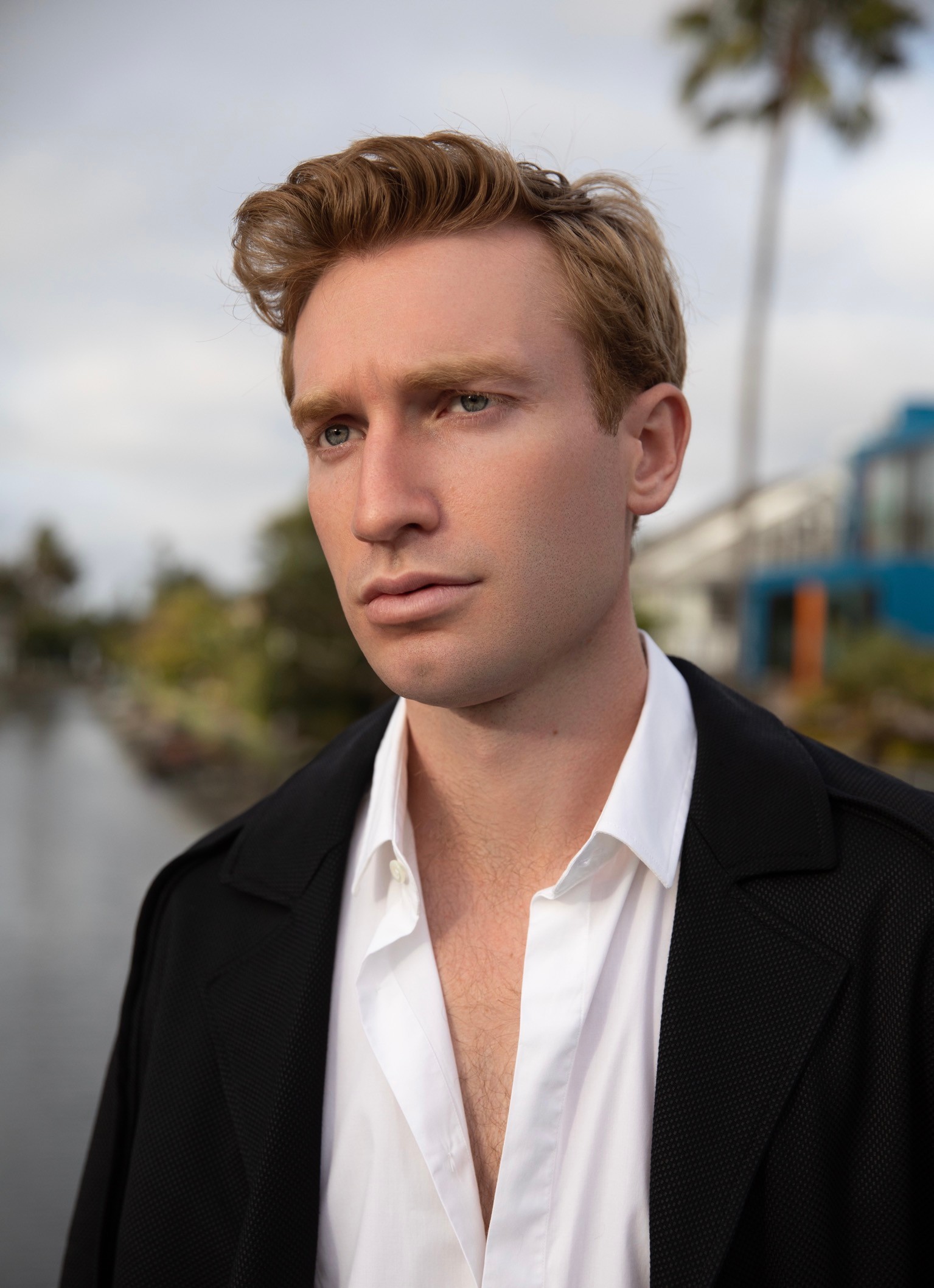 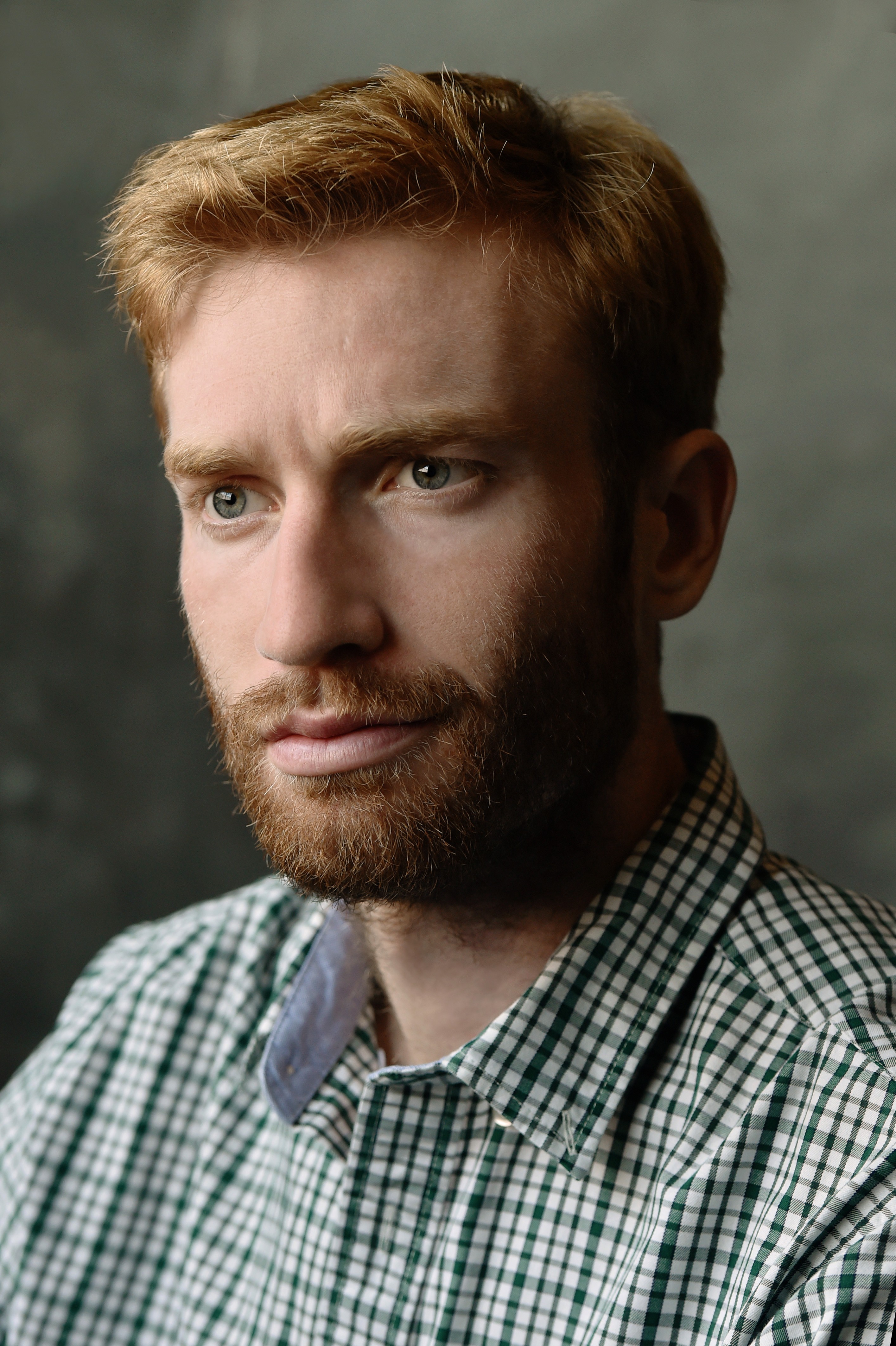 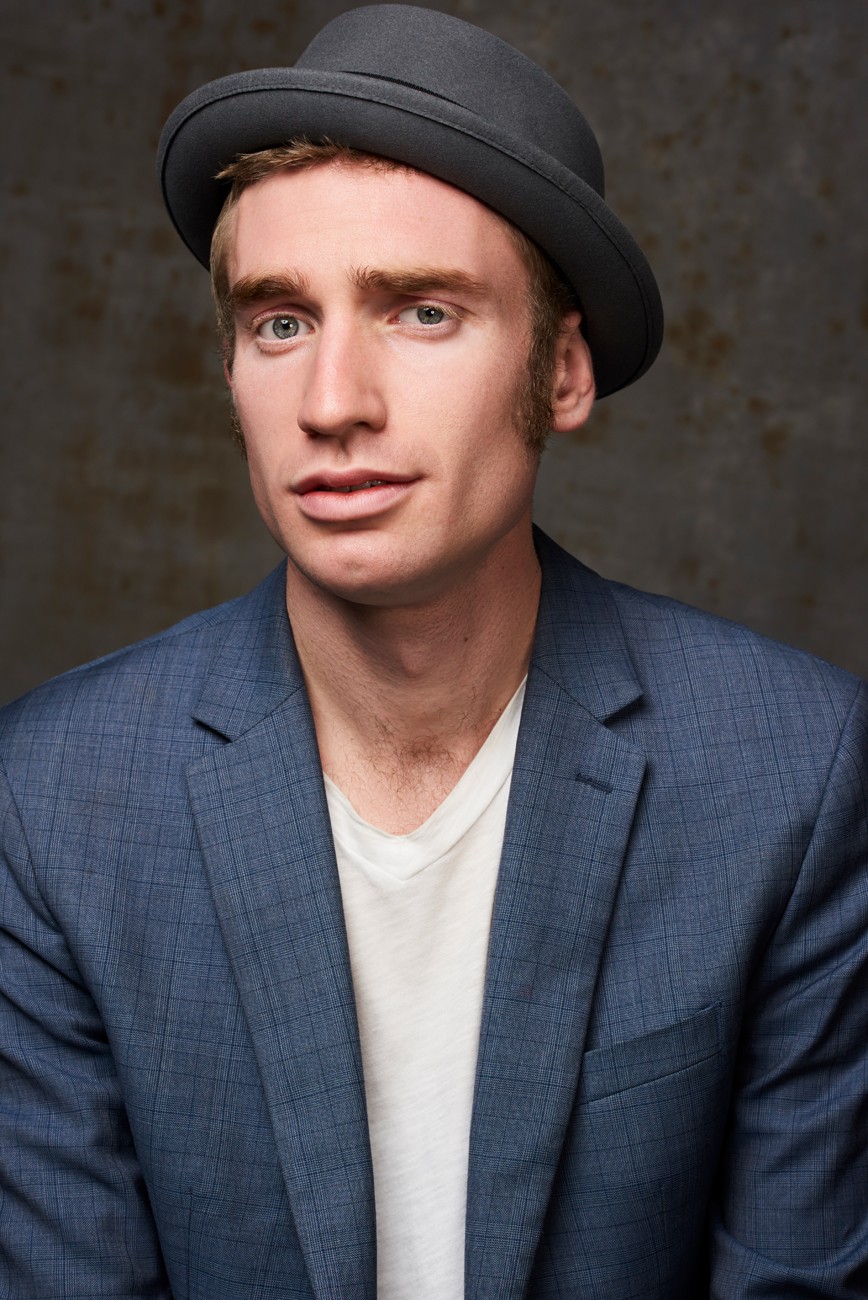