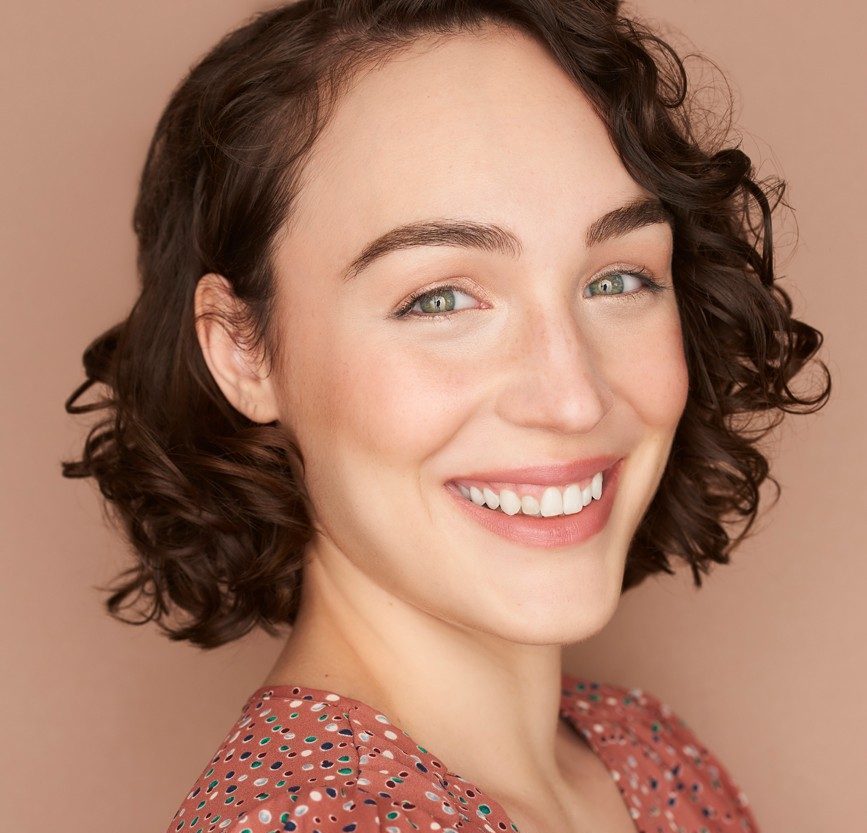 Today we’d like to introduce you to Christina Kroell.

Hi Christina, thanks for joining us today. We’d love for you to start by introducing yourself.

I grew up in Tucson, Arizona where I started acting with a local youth theatre group. The company was started by my fourth grade teacher, Mr Moser. As a teacher, he had his students perform a musical every year just for the fun of it. After a math lesson we would literally break out our scripts. We did Annie. I can imagine how ridiculous it probably was for my family to see me flail around a small outdoor stage singing Little Girls at 10 years old. When he retired and started his own theatre group, I performed with them until I was in the eighth grade. At first it was just something I did after school, but I quickly learned it was the one thing I looked forward to every Friday night. All I wanted to do was rehearse, sing, and be on stage.

After pursuing theatre and voice lessons in high school, I went to Long Island University in New York for my BFA in Musical Theatre and minor in Film Studies. After graduating, I moved to Manhattan to pursue being a working actor. I was a founding member of The Journalists Theatre Company, a devising ensemble group dedicated to new and investigative work. I had the opportunity to act in Riverside Park during the summer, intern at an Off-Broadway theatre, and use theatre to teach kids about sex education throughout the city. I had a lot of creative homes in NY. I got to explore different facets of art; what I can bring to it, the kind of art I want to do, and how it can create change.

I’m the type of person to want to see everything through- every interest, every hunch. I thought I had to see my degree through- I got a degree in theatre, then I should DO theatre. But with time I came to listen to my gut, I was always a lot more passionate talking about TV and film than I ever was about a Broadway show. My family and I can talk in circles about our favorite shows and movies. And some of my favorite memories are binging a new show on the couch with my mom. My dad loves the classics. Personally, getting handed sides for a new film or pilot beat preparing the same 16 bar pop/rock cut any day. So when the pandemic hit, like most people, I reevaluated everything. I wanted to be back west, back home, and now I am so incredibly happy to be in LA. I gained awesome commercial rep, acted in A Light in Dark Places-a play festival for a great cause, was pinned for a national commercial (still a win), and got to travel for my first feature film gig, and booked another short before my first year here ended! March and April of 2022 I booked three short films in a row from self-submitting, and was the lead in two of them.

It’s okay to change your mind and it’s okay for your path to always be changing-as scary as it may be.

Not at all. Constant no’s, constant rejection, and the constant fear that I’m going to get “too old” to do what I love and succeed at it, so hey I should just give up now and pursue something “practical”. I don’t have famous parents, I don’t come from money (and I am very lucky to have what I have and be where I am) and even though I would say that’s the norm for up and coming actors out there-it feels like you’re always so behind. On my worst days, I beat myself up for not doing enough. I think, “I could be reading a pilot right now, I could be updating my sites, I could be researching a new class,” even if it’s my only day to relax!

It’s the mindset of “there’s thousands of actors doing more than you are  right now” that will creep up on you. The worst struggle for me is that mental gymnastics and striving to choose balance instead of working myself into the ground. I think “grind culture” can be detrimental for creatives. I suffer from anxiety. My mind can run a mile a minute about all the possible outcomes my life will have if I don’t work hard enough. I love being productive, but with that comes the comparison to other people’s productivity. I have to remind myself: I am where I’m supposed to be in my journey. The biggest challenge is actively choosing to pursue my dreams, and finding the courage to fight for them when it gets hard.

I had my first in person callback since the pandemic for the feature film I wrapped last year. When I booked it, I got to shoot some B roll with the director one on one before we started filming. He said that even though I was the first one to do the callback, I stuck out. And then he said my favorite piece of feedback I’ve ever gotten, “I hope you don’t take this the wrong way, but it was so easy to feel bad for you.” I couldn’t help but laugh at first, but it really cemented to me the work I put into that audition. And I haven’t heard anything that captures the characters that I have played quite like that did.

I like being vulnerable and open, but still with something to hide. I like appearing put together, but could crumble if pushed too far. I hope that with every role I play, I can draw people into my inner monologue. That with just a look, I can gain their sympathy. I’m drawn to soft characters who learn how to grow a thick skin. There’s the lines, and then there’s what’s bubbling underneath that text, and that’s always been the most fun part about acting to me.

My character in this film, Pam, is struggling with her mental health. In a way, she’s given up, feeling like the world has failed her. She could snap back at the people who are trying to be there for her, but to me she was just going through the motions, saying things just to please people, hoping someone would pull her up. I’m proud of the confidence I have  when it comes to approaching a role. I think finding my process that works for me has been a journey in itself that at this point I feel like a vessel. I can bring what I learn in life and the experiences that I have had to a role, spend time getting to know them, and find what we have in common. I know what works for me, and I know I can do great work. I struggle with doubting myself a lot, so being able to say that now makes me excited for what else I can discover about myself. I also like to stand in the superman pose for a few minutes before auditions too, I saw that on Grey’s Anatomy.

How do you think about luck?

I’m lucky because I have people who support me and my career goals. I’m lucky because there is an abundance of straight, white, cisgender, able-bodied roles out there for me. I have no idea what it’s like to not see myself represented in film and television. I’m drawn to new projects and new stories because there is so much still untold that someone out there wants to see, wants to learn more about, or could change someone’s perspective.

I have bad luck because I chose a profession that requires groups of people to work together in close contact and almost two years out of college- a worldwide pandemic hit. You win some, you lose some!

I go back and forth on if I believe in fate, or luck honestly. But all I can do is trust I make the right decisions for me. I think being genuine and truly wanting the best for your peers goes a long way. And I wouldn’t be who I am or where I am without the help of others.

Sometimes the universe has a way of showing you you’re on the right path, and this year a lot of the projects I worked on had similar themes. When I realized that, it all felt strangely “meant to be.” As grossly Hollywood as that sounds…I’ll take it. 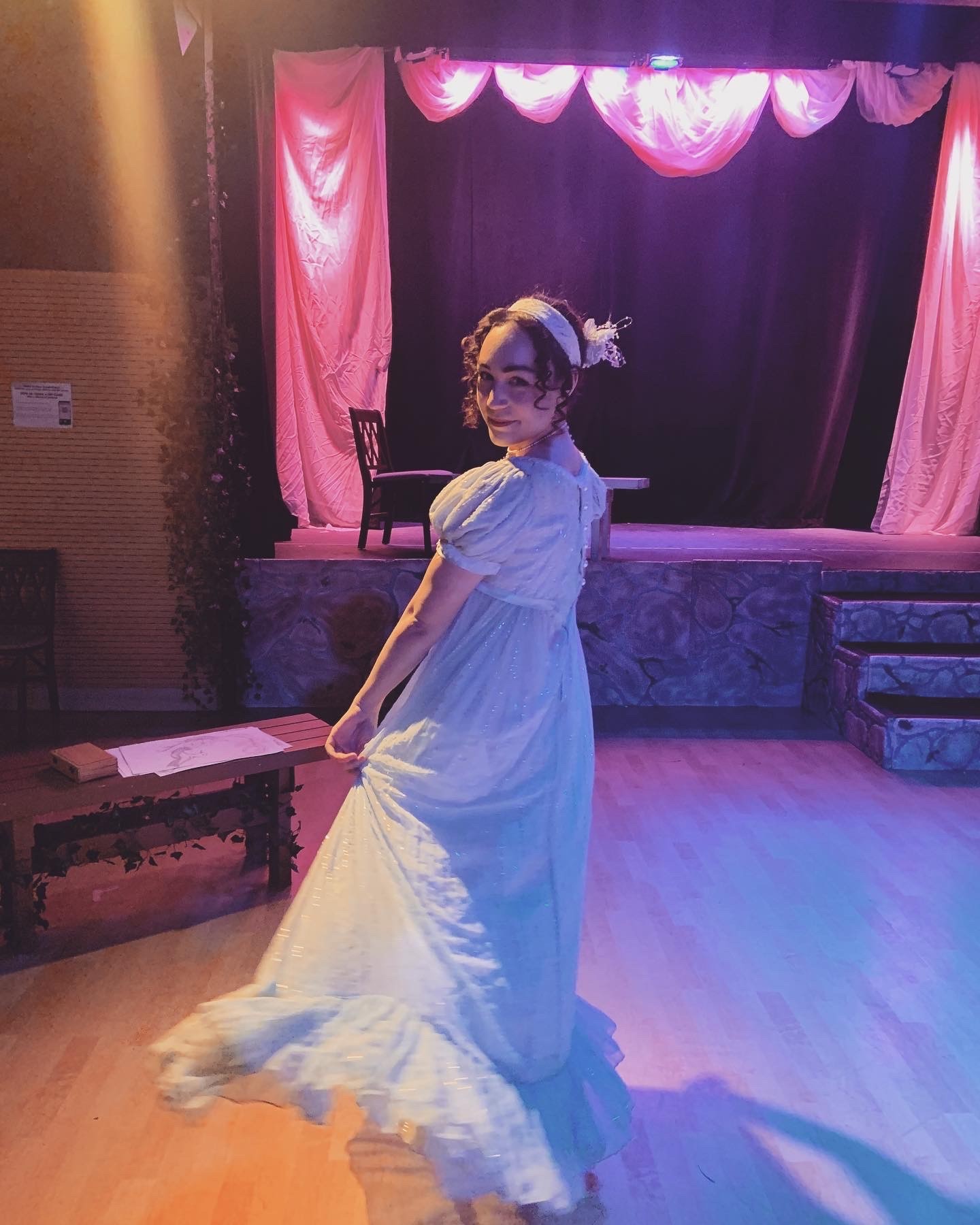 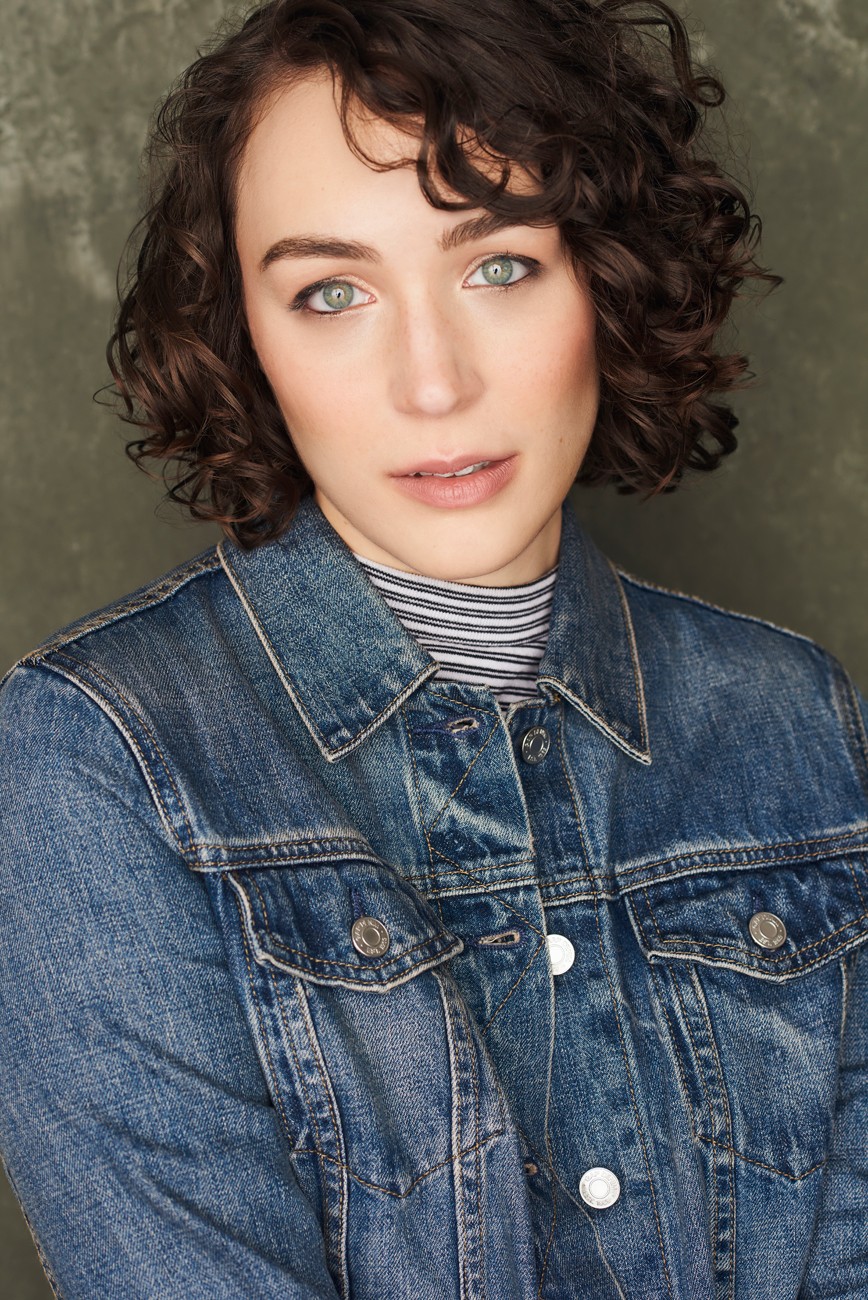 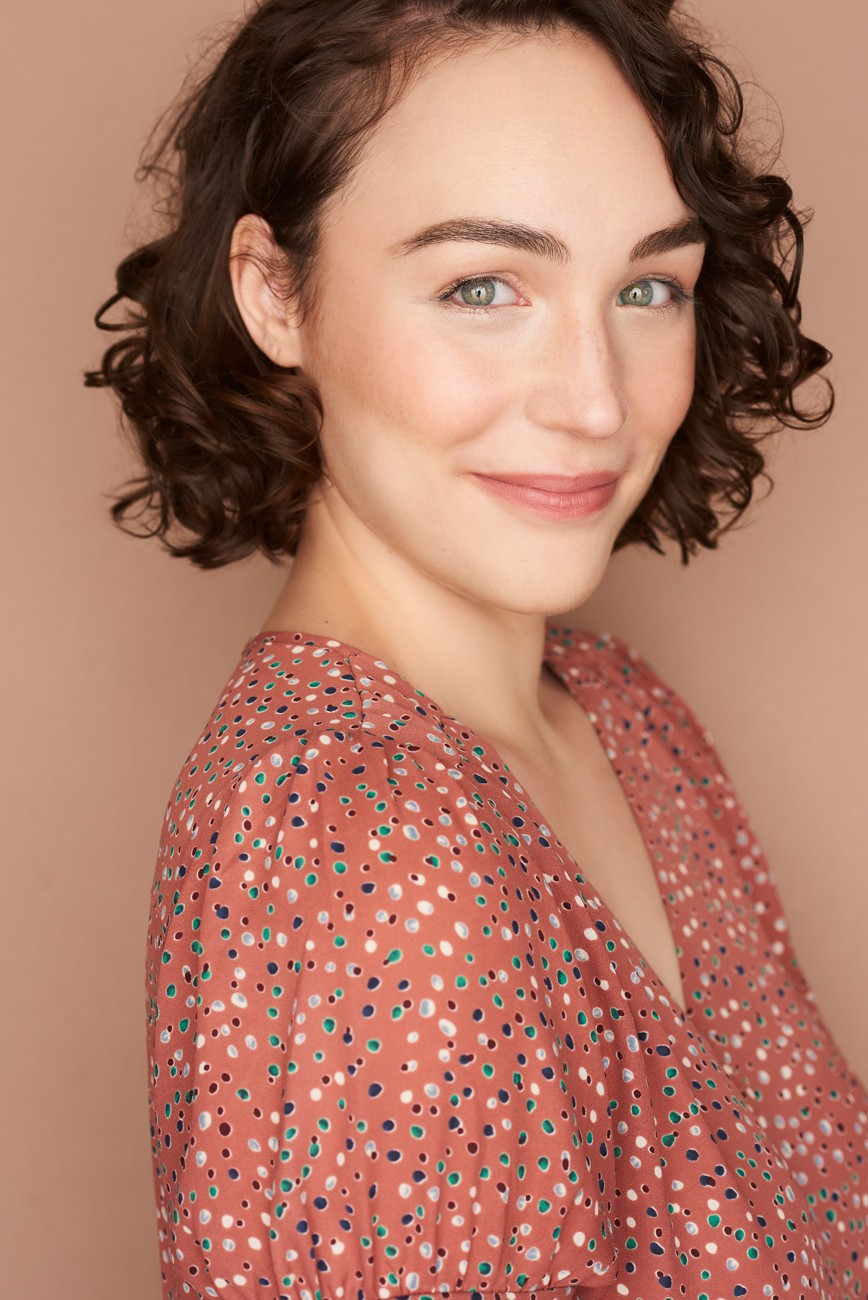 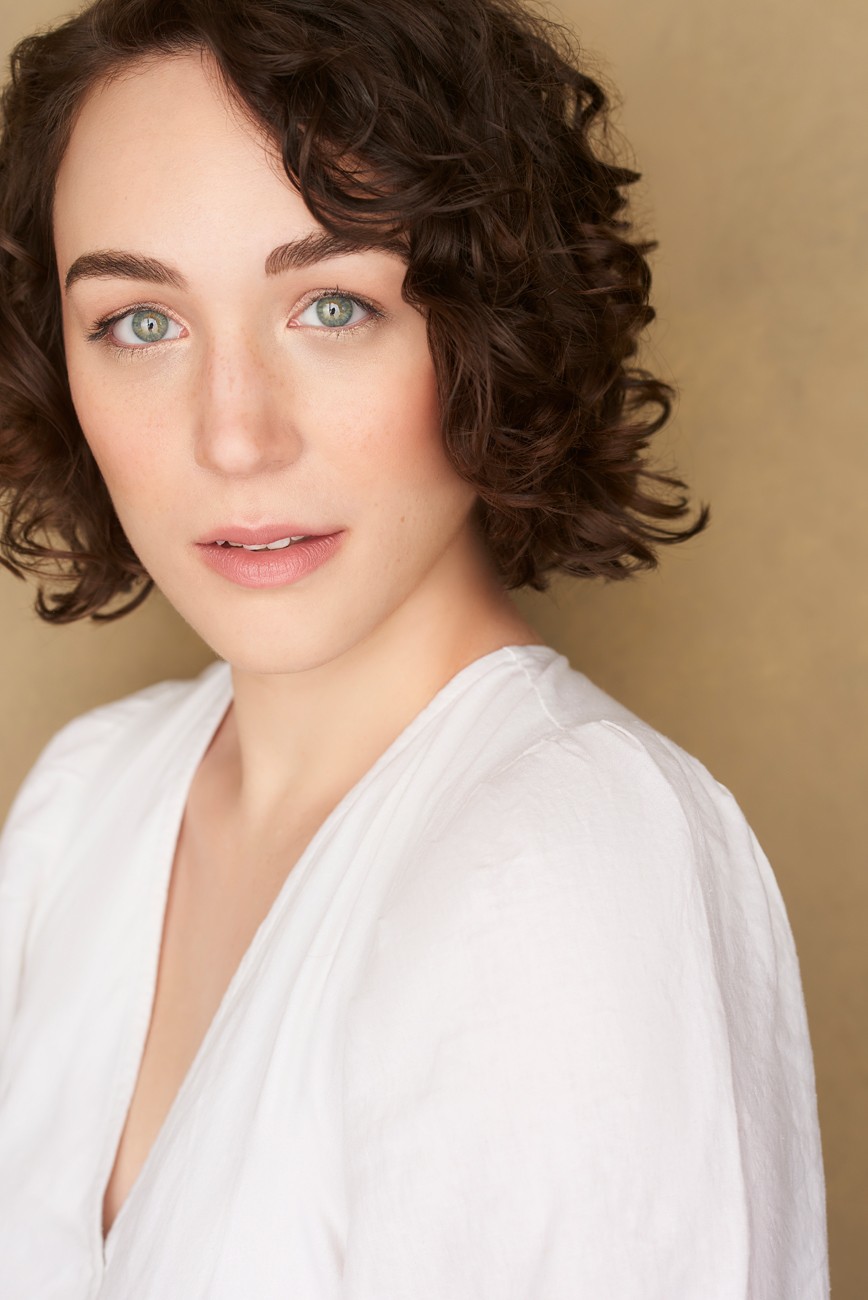 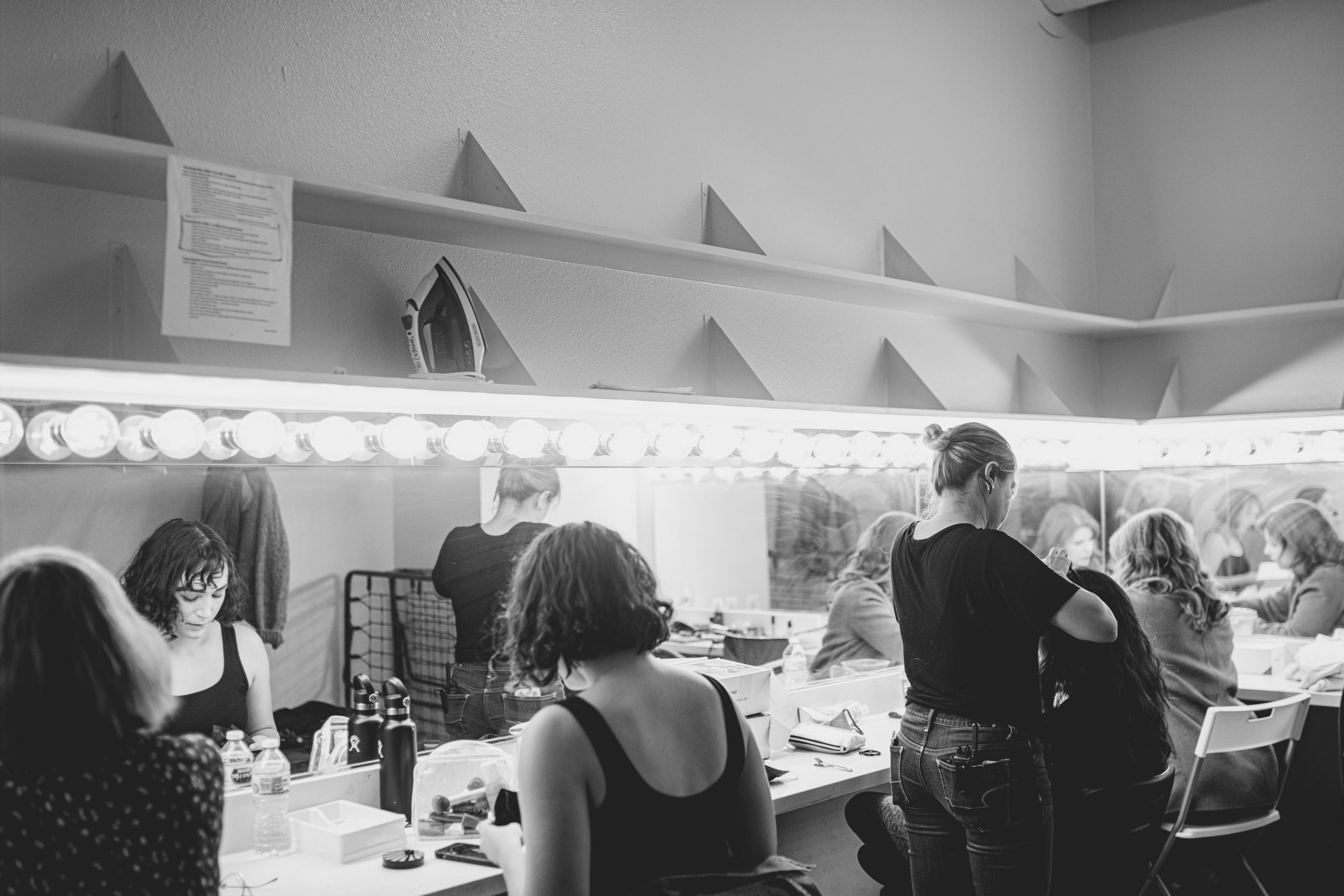 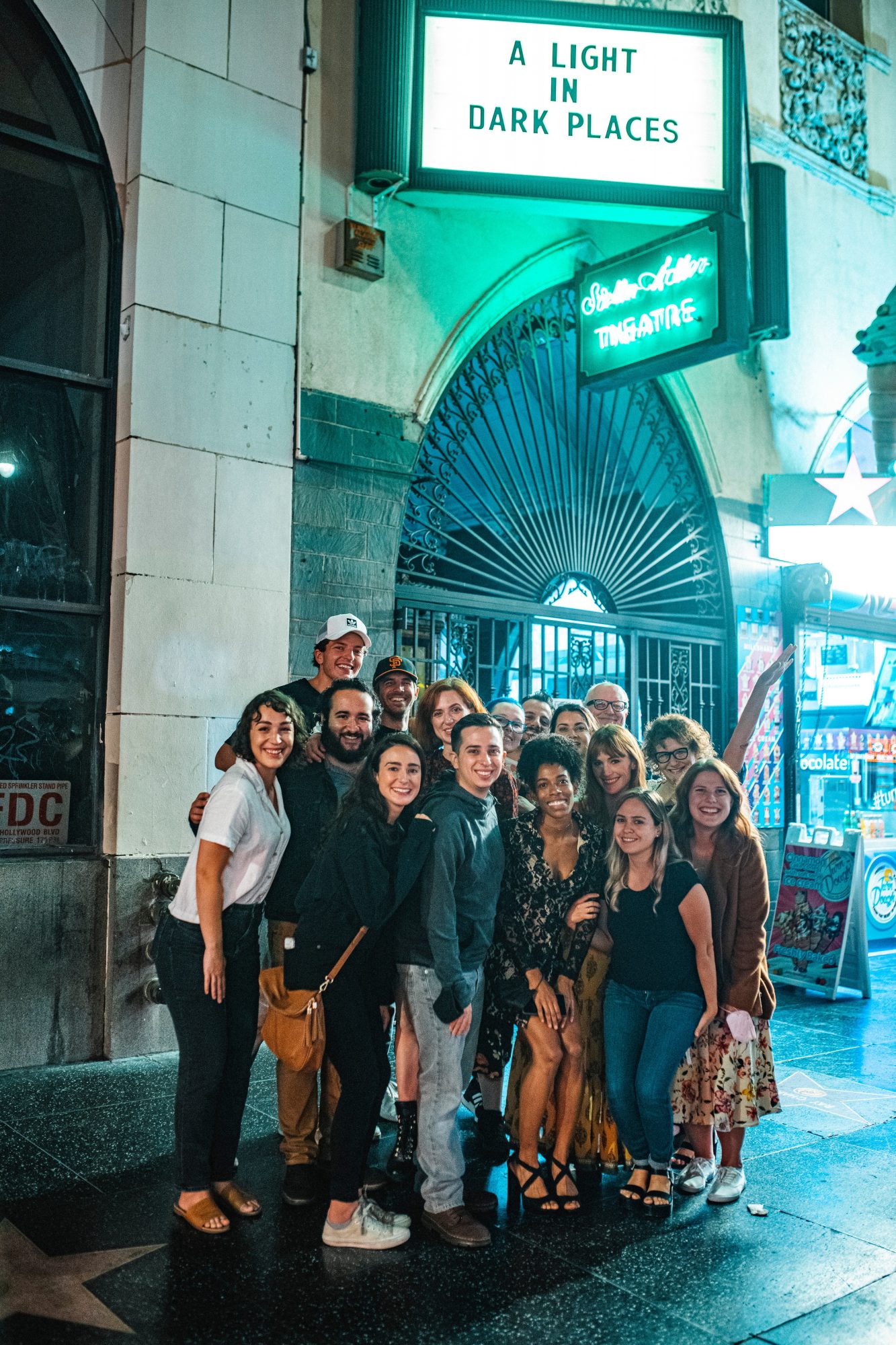