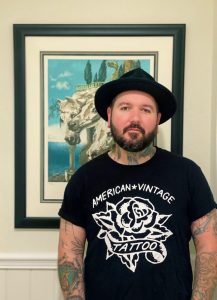 Today we’d like to introduce you to Chris de Armas.

Hi Chris, so excited to have you on the platform. So before we get into questions about your work-life, maybe you can bring our readers up to speed on your story and how you got to where you are today?
I was always interested in art, starting from as far back as I can remember. My Dad had a very creative mind. He was a computer engineer by day and an artist by night. We had an extra room in the house that was his workshop where he would draw, work on his oil paintings, record music, and build computers. He even built a robot that would serve my Mom and him champagne. We were the first ones in our neighborhood to have this new thing called the “internet”.

My Mom was always the one that would make our Halloween costumes, Hawaiian shirts and our team banners for little league. I saw her restore a pinball machine by repairing the old paint job of a 1960s beach party.

Just growing up, watching my parents create things the way they did, shaped who I am artistically. Once I became a teenager, I started getting into punk rock music. Naturally, growing up with creative parents, I liked the idea of nobody telling me what to do and living on my own terms. My parents would suggest careers in art that I could pursue, but nothing sounded appealing to me. That is until I walked into a tattoo shop for my first time with my older brother. He would go get tattooed by Shane Jay at Erik Maaske’s Classic Tattoo in Fullerton and El Toro Inkhouse in Lake Forest. I would frequently go with my brother when I was around 14 or 15 years old to these two shops and I had fallen in love. It was a whole different world that fit right into everything I liked about punk rock. The tattoo artists were real artists. They lived how they wanted to live and were by no means conformist. I had to explore more.

My brother helped me get my first tattoo equipment from Spaulding & Rogers. It came with a power supply, two machines, a handful of tubes and needles, some ink, carbon paper and a stack of flash. I started tattooing myself and my friends in my neighbors living room and my friend’s garage. I was 15 years old.

When I was 16, I got arrested for my first time for weapon possession. I remember an officer asking if I had any tattoos, of course I was proud to say that I did. Well, he wrote down a description of my tattoos on the police report. When my mom picked me up, she read the report and was more upset about the tattoos than me being arrested. My parents were originally against tattoos even though my grandpa had a bunch of tattoos (including a cool “Man’s Ruin” tattoo he got down at the Long Beach Pike in the 50’s).

Since it was found out that I had tattoos, I was investigated further by my parents and it came out that I was actually doing tattoos. I was forced to sell my equipment. I didn’t do any tattoos for a little less than a year. Then my brother’s friend Antoine had a cousin named Frank that was doing tattoos. Frank was a typical tweaker/scratcher tattooer. But that’s where I got my next setup. Frank hooked me up with everything I needed. My brother had moved out of my parent’s house by then and I started tattooing in the empty room in the back of the house. This time I started to get support from my parents instead of criticism. Maybe my persistence convinced them.

When I turned 18, I started getting serious about tattooing as a career. I knew that I wasn’t any good at it and that I needed someone to show me how to do it the right way. I was introduced to a local dude named Matt Zumberge. He had been tattooing locally and we had some mutual friends. At the same time, I was talking to him, I was also talking with Rob Ullom at El Toro Inkhouse. Rob had me come by and show my drawings to him and one of the owners of the shop, Franco Vescovi. They offered me a job as a shop help. I had already talked to Matt about sitting in with him and watching him tattoo so I told Matt what Franco and Rob had offered me. He told me that it was a way better path than what he could offer me (not to mention, Franco told me that even established tattooers wanted to be helpers at his shop.) So I took the position.

Working there is where I was introduced to the actual tattoo world. I worked with the kind of people that most are afraid of. I even got my life threatened once. But I loved working there. A tattooer named Mario Skulls would teach me about tattooing after hours. I would open the shop at 11am, work until 10pm, watch Mario tattoo and listen to him about how to tattoo until about 5-6 in the morning. Then I’d sleep in my truck in the parking lot and do it all over again.

I left that shop when the piercer, Joshie (who acted as a manager) fired me when I told him I couldn’t come in on my day off. Rob and the other owner, Sean, got mad and asked for me to come back. This time I refused and went looking for something else.

I wanted to finish an apprenticeship, so that’s what I was looking for. I talked to a few different shops but had no luck. A friend of mine was getting tattooed by a guy named Tyler Nealeigh at La Familia in Anaheim. I went up there to get tattooed by Tyler and talk to him. It turned out he was going to work at a new shop in Orange called American Vintage Tattoo. The owner, Neal Monier, listened to me about how I had been tattooing since I was 15 and that I had been working at Inkhouse. He asked if I could bring someone in to do a tattoo on so he could see how I tattoo. I tattooed a classic mom heart on my friend Jeremy’s leg. Two days later, Neal called me and asked if I wanted to come on as a full-time artist.

I worked at American Vintage until 2012 when my girlfriend and I found out we were having a kid and we decided we wanted to raise him in San Clemente. A tattoo artist that I had always admired had recently opened a shop there. His name is Brother Greg, he owns San Clemente Tattoo. I ended up working there and living right around the corner. This is where I grew the most as a tattoo artist. The shop was always busy and I worked with some great artists. Here is also where I met Spider, who became a great friend that I still work with today.

San Clemente Tattoo was great. Almost ideal. But that itch that I get to live on my own terms came up again. I wanted to open my own shop. I started calculating how much it would cost to start up and maintain. That’s when I got an offer from a tattooer named Osh O’Laughlin. He had recently taken over ownership of a shop in Laguna Hills called White Lotus Tattoo. He offered me a job, and the rate that he wanted to give me provided me with the opportunity to save money. I told him that I intended on eventually opening a shop and he said he understood but hoped that I’d end up wanting to stay. I worked there for a couple of years until I was ready to start looking for my own space to rent.

While I was on the hunt and battling with a couple of cities on parking issues and conditional use permits. I went to see Neal Monier at American Vintage. I was holding an art show and went to pick up a painting from him that he was entering in my show. I explained to him the trouble I was having with opening my shop. He pulled me aside and explained to me that he didn’t want to be an owner anymore.

To shorten up this long story, I ended up buying the first shop that I tattooed out of. I own American Vintage Tattoo today and work with some great artists. Spider (that I already mentioned), Jason Lagmay, my apprentice Braeden Page, and even Neal still comes into tattoo every now and then. One of my best friends, Norm Resnick, does the piercing out of our shop. He owns Get My Point Body Piercing in Dana Point.

I’m sure you wouldn’t say it’s been obstacle free, but so far would you say the journey have been a fairly smooth road?
The road was not smooth by any means. It is difficult to get into the tattoo industry and even more difficult to get respect from your peers. The tattoo industry is definitely changing these days, but it’s still an elite art form.

The road to shop ownership wasn’t smooth either. I learned a lot along the way.

As you know, we’re big fans of you and your work. For our readers who might not be as familiar what can you tell them about what you do?
I specialize in modern traditional tattoos. My style of tattoos have an old-school look with a modern approach to the design.

I still hand-draw each design with a pencil and piece of paper. It’s a personal preference that makes me feel more connected to the drawings than an iPad could.

I think what sets me apart is my choice of reference. I try to mix my reference between old-school flash and real life. Tattooers of the past were folk artists. Most of them had no training in the fundamentals of drawing. That’s why old flash designs sometimes look crude or childish. But it definitely paved the way to create a genre all of its own and set standards for how some designs should be drawn in traditional tattooing.

I like to hang on to these traditions while adding my own view as well.

So, before we go, how can our readers or others connect or collaborate with you? How can they support you?
Our shop is always open to the idea of a guest artist, or even full-time if your work is good enough! The saying “art is subjective” doesn’t really work in tattooing. You have to be a good artist and a good craftsperson to apply a tattoo properly.

You can support the shop and myself by checking out our work online at AmericanVintageOC.com or give us a follow on Instagram @AmericanVintageOC. I won’t say to come get a tattoo, I would rather have people see the work for themselves first. Then you’ll want to come! 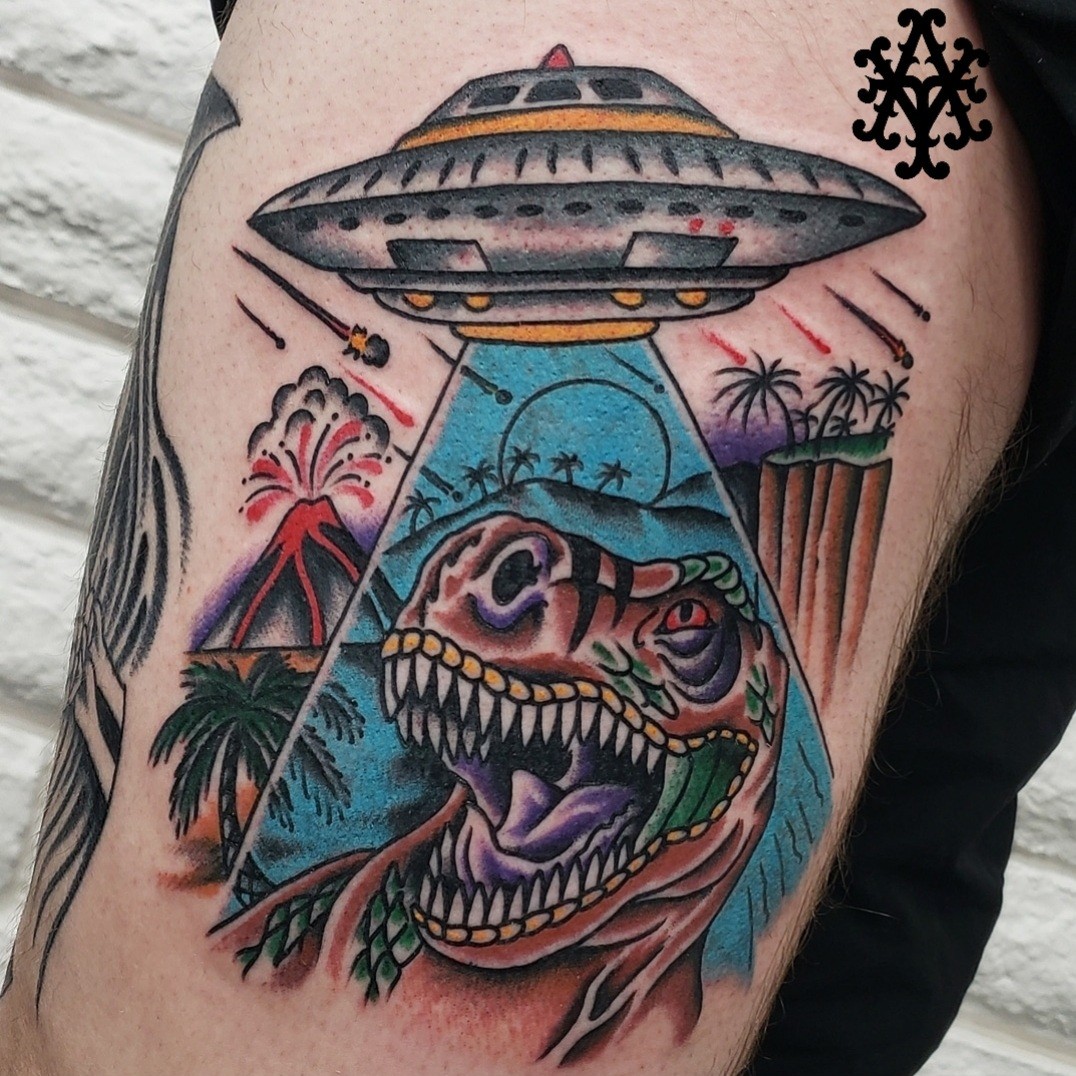 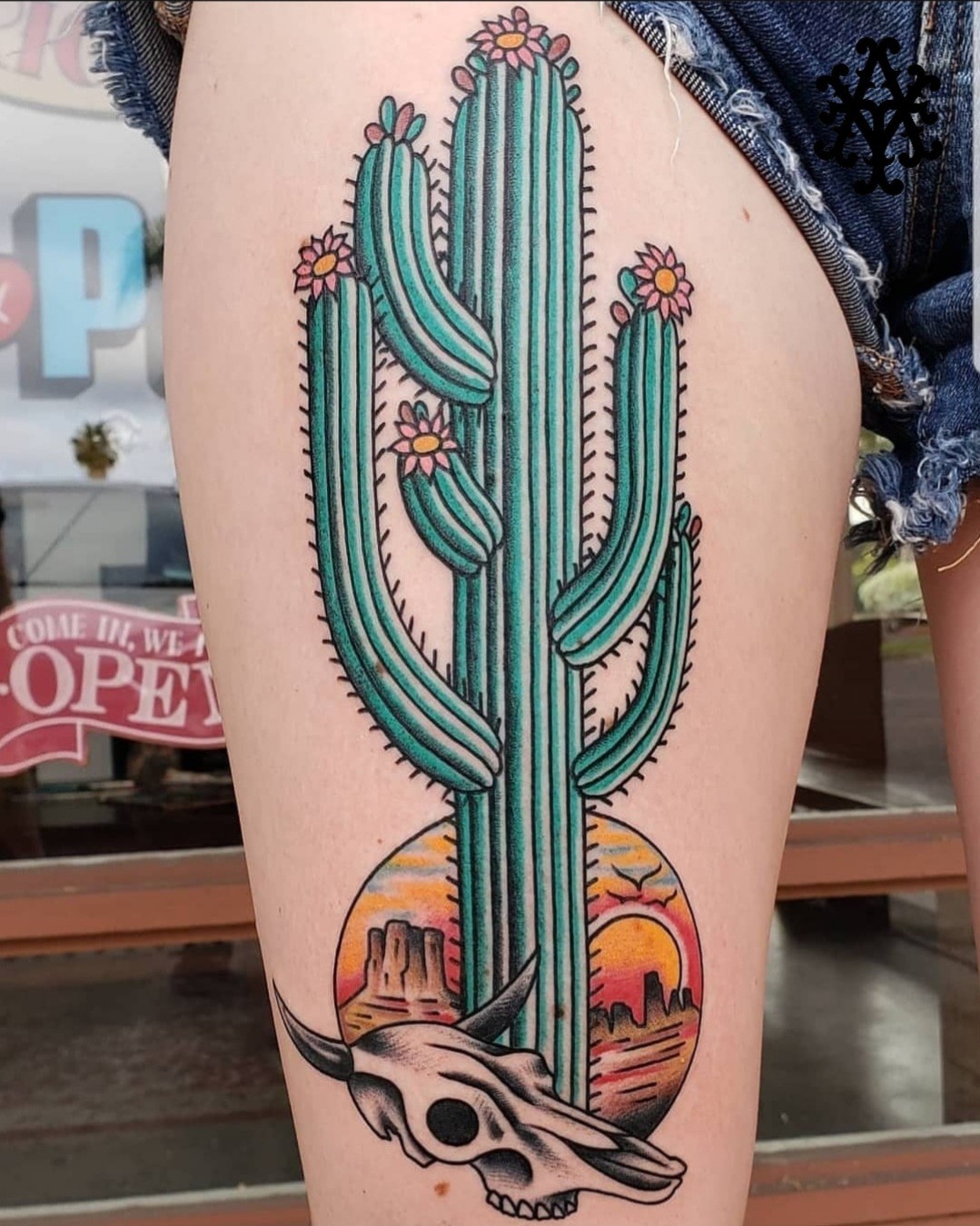 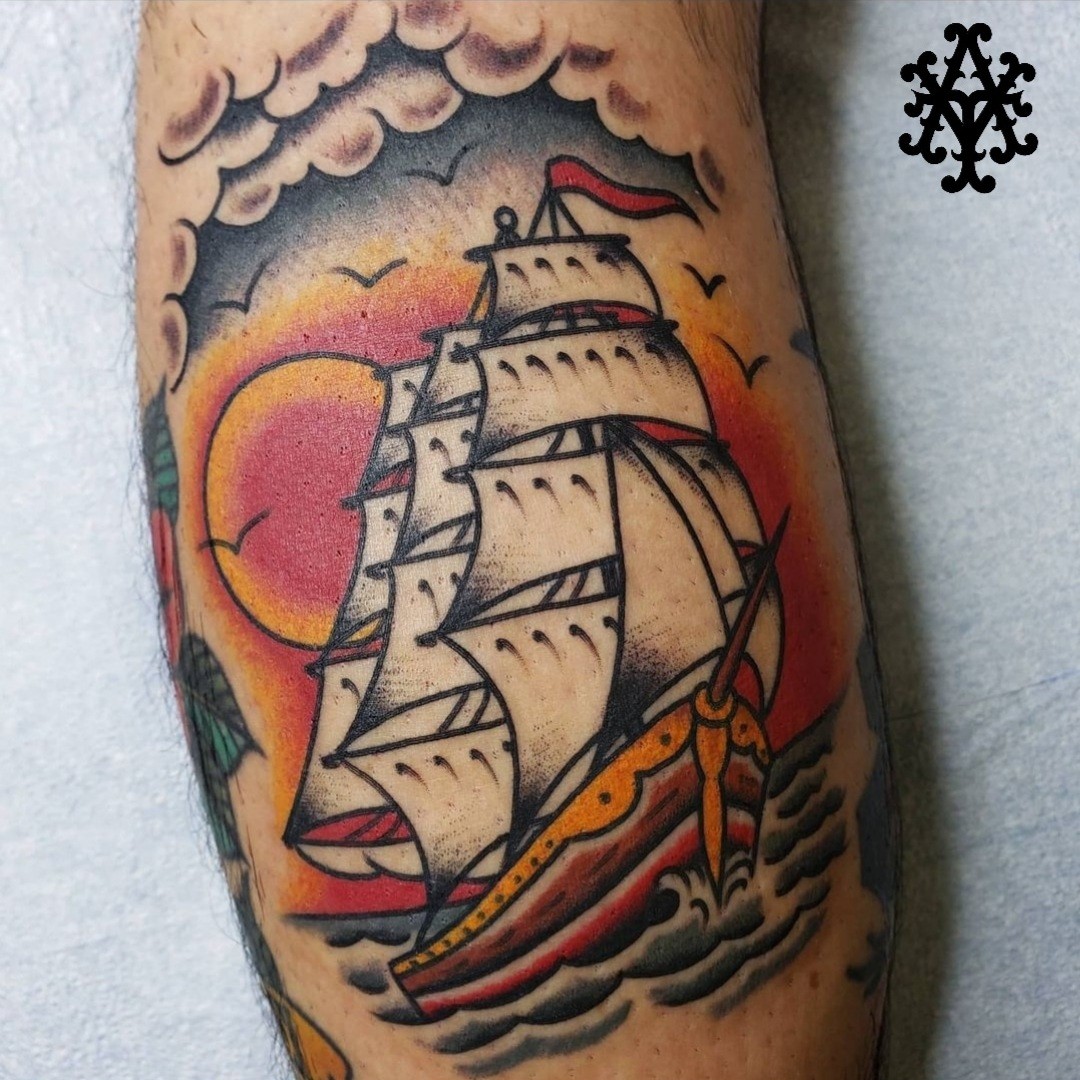 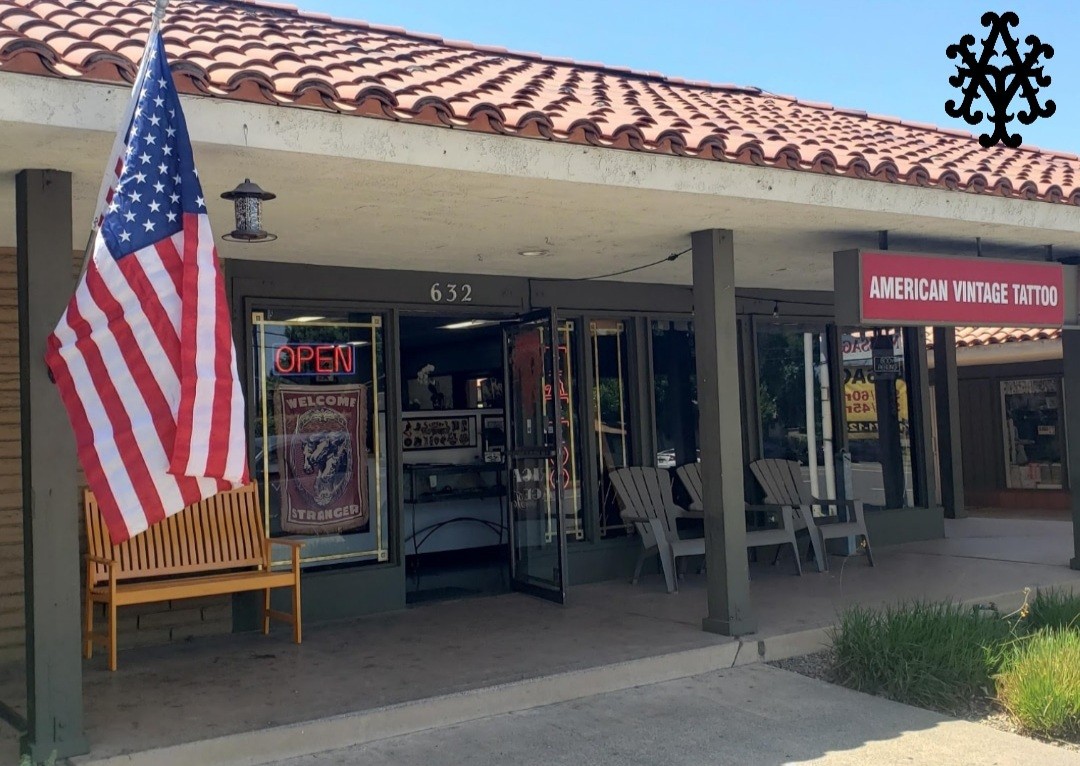 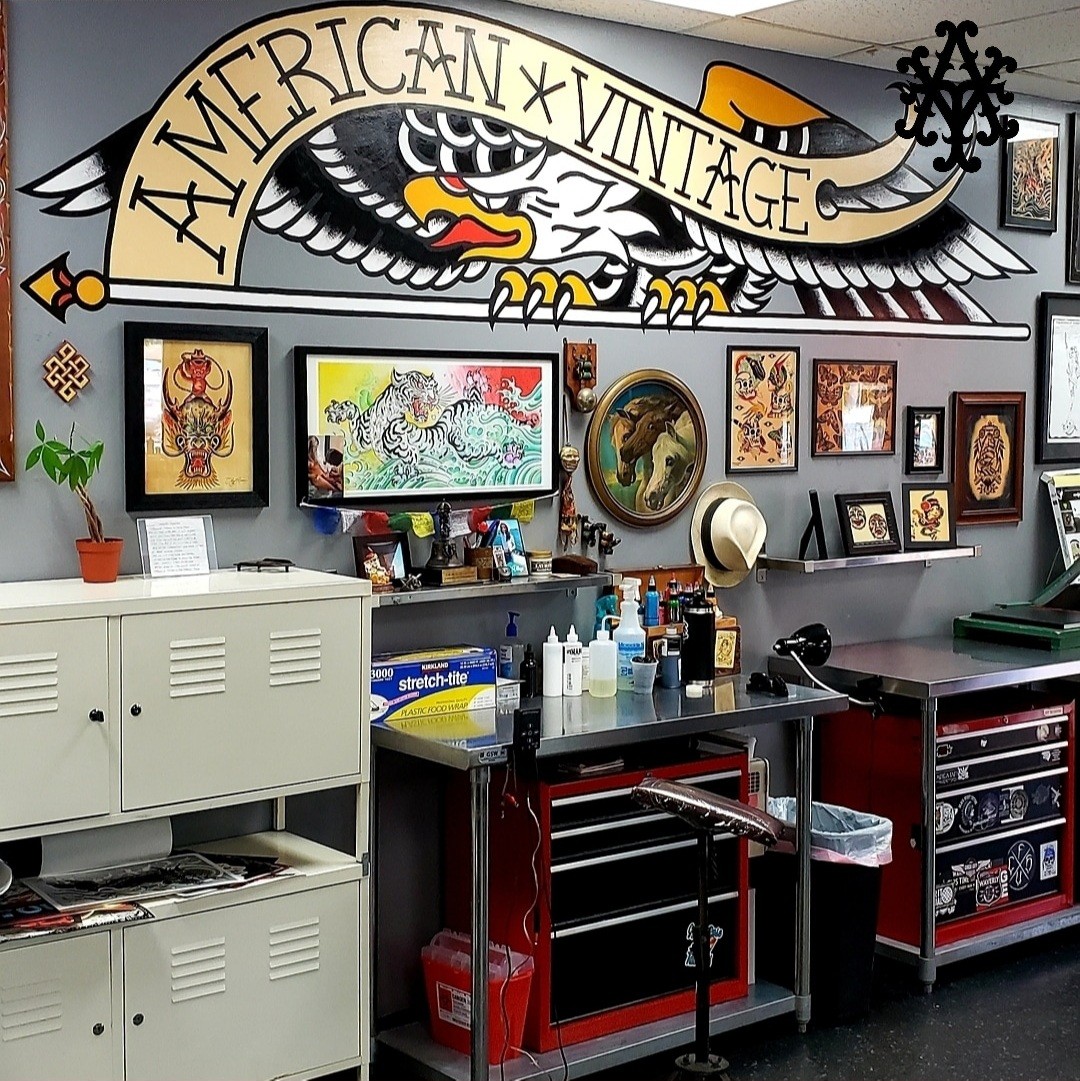 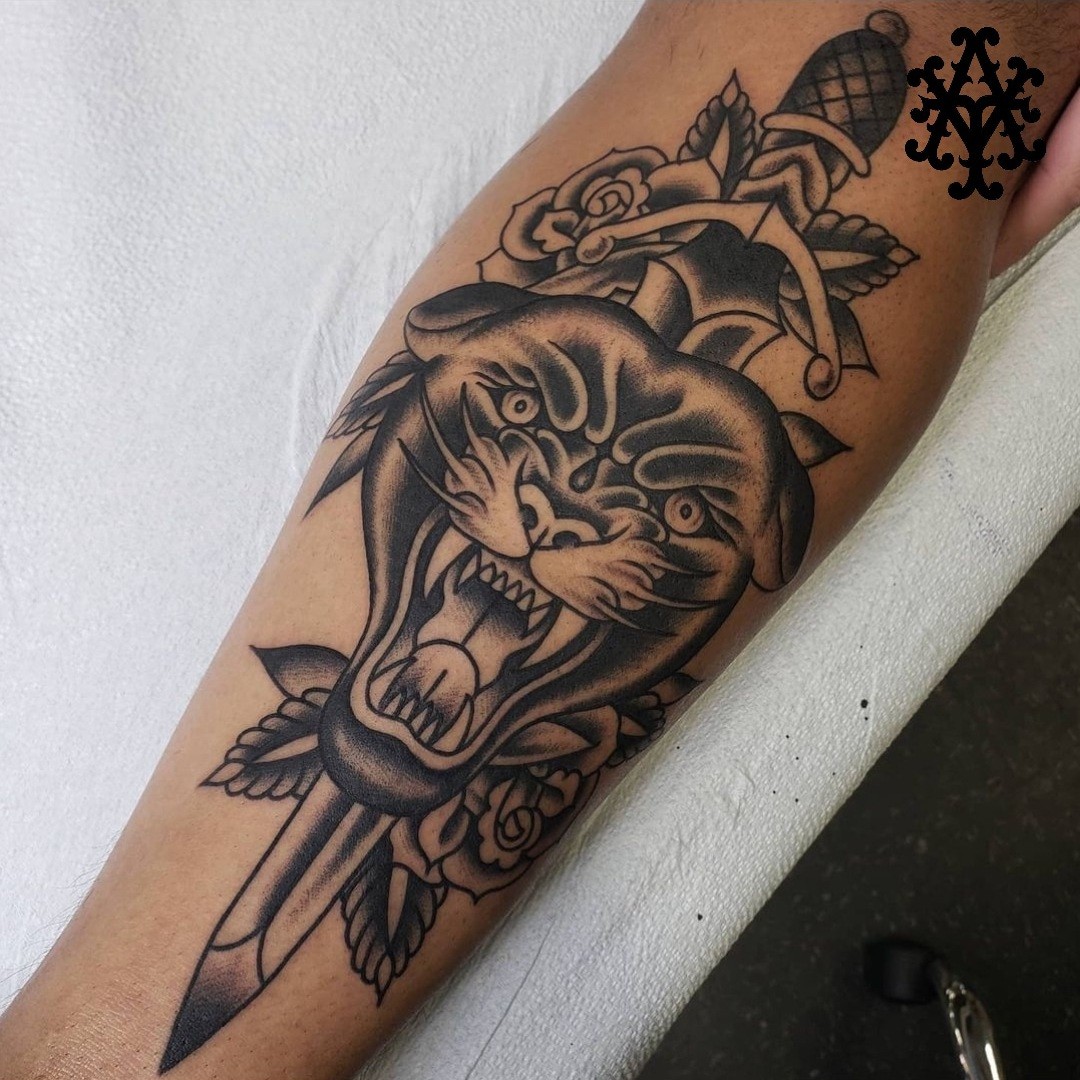 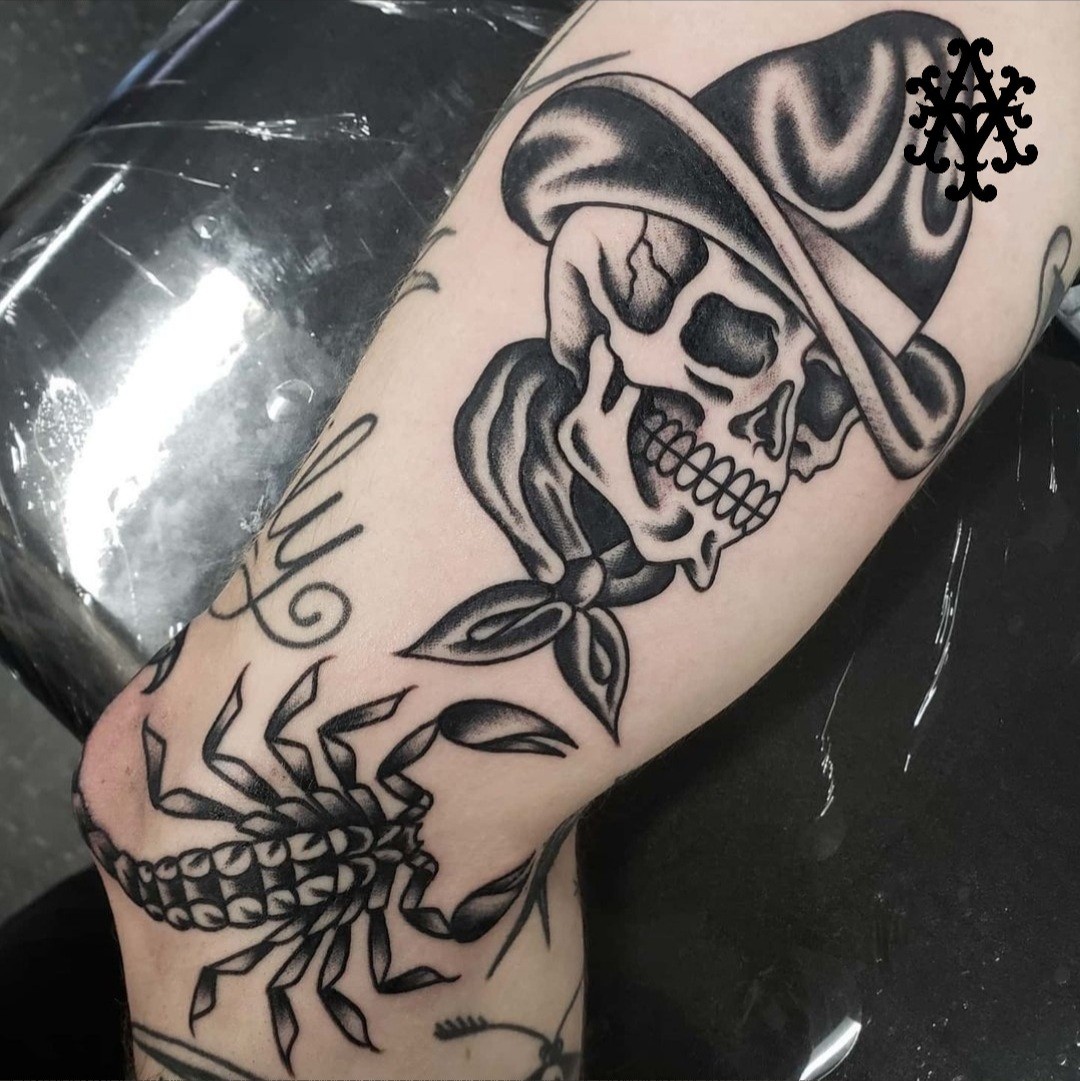 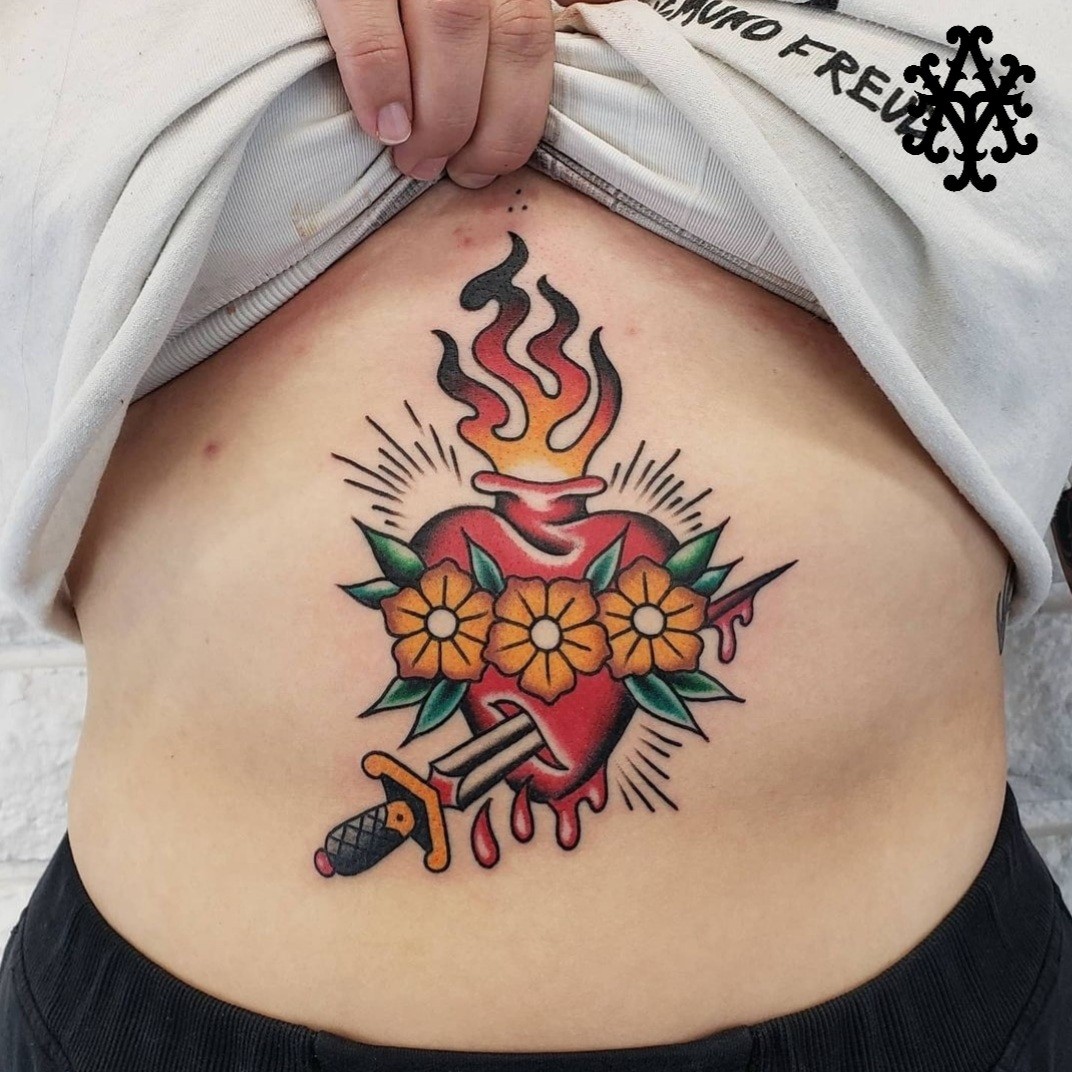