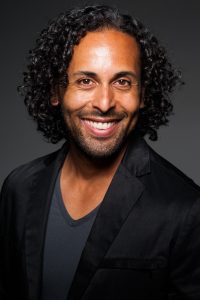 Today we’d like to introduce you to Brian J. Patterson.

Hi Brian, can you start by introducing yourself? We’d love to learn more about how you got to where you are today?
It all started in my high school, in my hometown of Pittsburgh, Pennsylvania. Like many creatives, that was there that I discovered that being a performing artist was my passion and my purpose. I actually stumbled upon this, and if it weren’t for “Mr. C” who was the director of the music and theatre department, I would never have made this discovery. He knew that I was a bit of a hermit, and kind of ‘tricked’ me into displaying my skills to someone who he respected. After that, I received the encouragement and support that I needed, and it prompted me to perform in musicals (Grease, Fame, The Wiz), sing in the choir, take acting classes, and draw cartoons for my school newspaper, all through my high school experience. I lettered (something I thought was only available to sports), and was even the first school mascot. What I realized is that the performing arts were my safe space. As an outcast in a place that never seemed to accept me, the arts gave me a haven away from all the traumas that I was experiencing at the time. So, I went about participating in a kind of secret. The secret was blown one day when unbeknownst to me, my dad came to see me in my very last high school musical. I was playing the title role of the Wiz, in “The Wiz”. He never made hisself known and left directly after. The story, as my stepmother told it, was that my dad was so shocked that he didn’t say much for about 24 hours, and finally broke his silence over lunch when he sat still and said, “I didn’t know. I just didn’t know he could do all that!”.

In retrospect, I see now why I chose things like stage where I could transform into someone else, drawing where I could do things alone, and the mascot where I could connect without being seen. This went on in college as well where I studied Theatre and Classics. But it was in my adult life that things took a turn. Over the years, I was working different full-time jobs in various positions, but always performing at night or in my off time. I was in a high-profile managerial position at The Art Institute of CA – San Francisco when I finally accepted that the arts were where I wanted to be all the time. After making that position successful using art, I quit the job and became a full-time performer. What I realized yet again was that the performing arts was my safe haven in the real world as well. I am proud to say that I ended up making my living as a performer for nearly a decade, and my accomplishments included: Being a contracted performer (fighter/stuntman/dancer) multiple seasons at San Francisco Opera, having principal actor contracts in over 120 commercials and industrials, hired to be a series regular in a show on RevryTV, a couple of film roles opposite celebrities, and roles in over 30 stage production (both plays and musicals), including off-off-Broadway. All of this happened while I was residing in San Francisco.

Would you say it’s been a smooth road, and if not, what are some of the biggest challenges you’ve faced along the way?
There have been many struggles along the way. Three come to mind, immediately.

The first is that there is no manual for being an artist. I had a corporate background. So, I implemented some of the strategies I learned while working in business, to the business of operating as a performing artist. The more I dove into it, the more I would discover parallels. But it wasn’t without quite a few years of fumbling. I would say that was the first big challenge. Thankfully, it got better and better with practice.

The second was wellness. The cycle of being a performer is a rollercoaster ride and can do a number on one’s well-being. Especially mentally and emotionally. I had a rough time with depression for a while, but finally found some really great coping strategies and wellness tools that I find to be effective.

Lastly, the third struggle I’m experiencing right now. That is coming to a new market that is highly saturated, production professionals aren’t familiar with me or my work, and it feels like starting all over again.

Thanks for sharing that. So, maybe next you can tell us a bit more about your work?
I am proudest of being a chameleon. Kristen Beck, a casting director in San Francisco, once said in jest to me, “You need an 80-year-old grandma? Get Brian. He can do pretty much anything!” hahaha. A stage manager from a comedy I was in once pulled me aside and said, “I just saw your reel and I have to say that you transition really well to film!”. These were probably some of the biggest compliments I’ve ever received because I’ve admired people like Gary Oldman, Toni Collete, Charlizee Theron, Tom Hanks, and Will Smith. People who are near unrecognizable in a role, but still seem to embody an authentic essence. In my eyes they are chameleons, and I want to be THAT as a grown-up performer! : )

Since they are mostly how I made my living in San Francisco, I think I’m most known for my stage work and my commercial work.

When it comes to what I’m most proud of, four things come to mind:

-First, a short film/video that went around the world during the Olympics called, “The Weigh-In” (https://www.youtube.com/watch?v=PthKcrt-UQ4), where I played a boxer. As a member of the LGBTQIA+ community, I got to defy stereotypes with this one and show some of my moves in the ring.

-Second, getting into San Francisco Opera. This place caters to the creme de la creme of society both on and off the stage. So, getting into a Broadway-level theatre with multi-million dollar shows, and doing so as a stunt person and dancer of all things, was really rewarding for me.

-Third, I have a DEEP passion for Wonder Woman. She is the foundation of everything that I do, and in 2015 I was in an eBay commercial (https://www.youtube.com/watch?v=kdehtwa1ljQ) which centered around my love for her and promoted her message of love and equality.

-Fourth, and last I began creating my own content. After a long bout of depression, I settled in Los Angeles in 2019, and it seemed like the lockdown happened immediately. This left me wondering what was next. So, I decided that for myself. I’ve always wanted to work in television so I imagined something that would give me the opportunity. I began creating a series based on a Wonder Woman character, called “The New Adventures of WonderBoy” (www.WonderBoyTV.com). I am most proud of this show because it’s something original, welcomes a diverse cast, challenges conventions, and most of all promotes the original Marstonian messages in Wonder Woman. I can’t wait to begin releasing it to the world!

Are there any books, apps, podcasts, or blogs that help you do your best?
Favorite books: The Four Agreements, The Secret, The Big Leap, & The Alchemist.

Current Read: “Showrunners”. Since I’ve taken on making WonderBoy, I’m reading this to better understand the art of running television shows. I find it to be similar to running a corporate department.

The resources that have best helped me in my life are a threefold: 1) my business plan process, 2) my calendar, and 3) drawing. I draw everything out to help me visualize. lol. 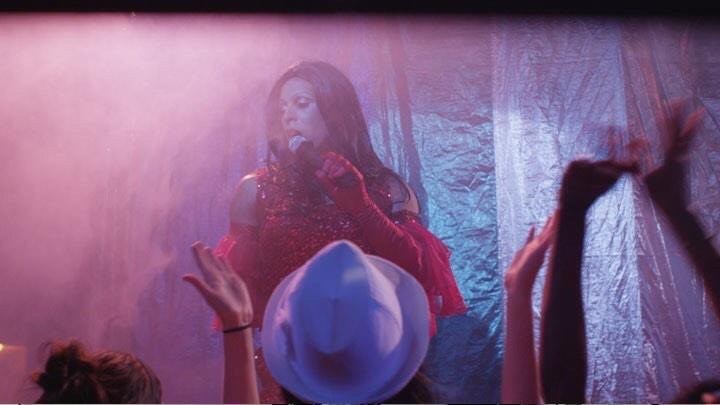 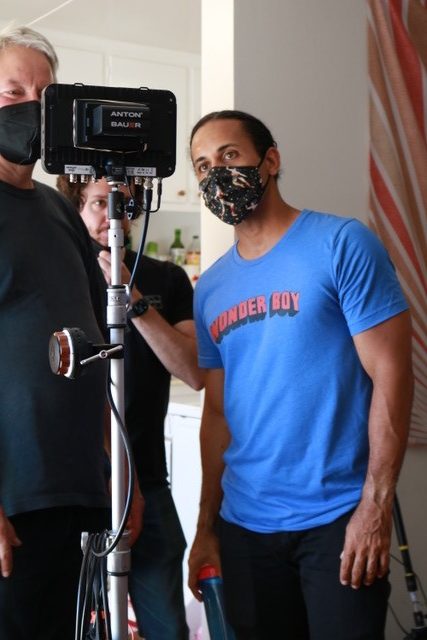 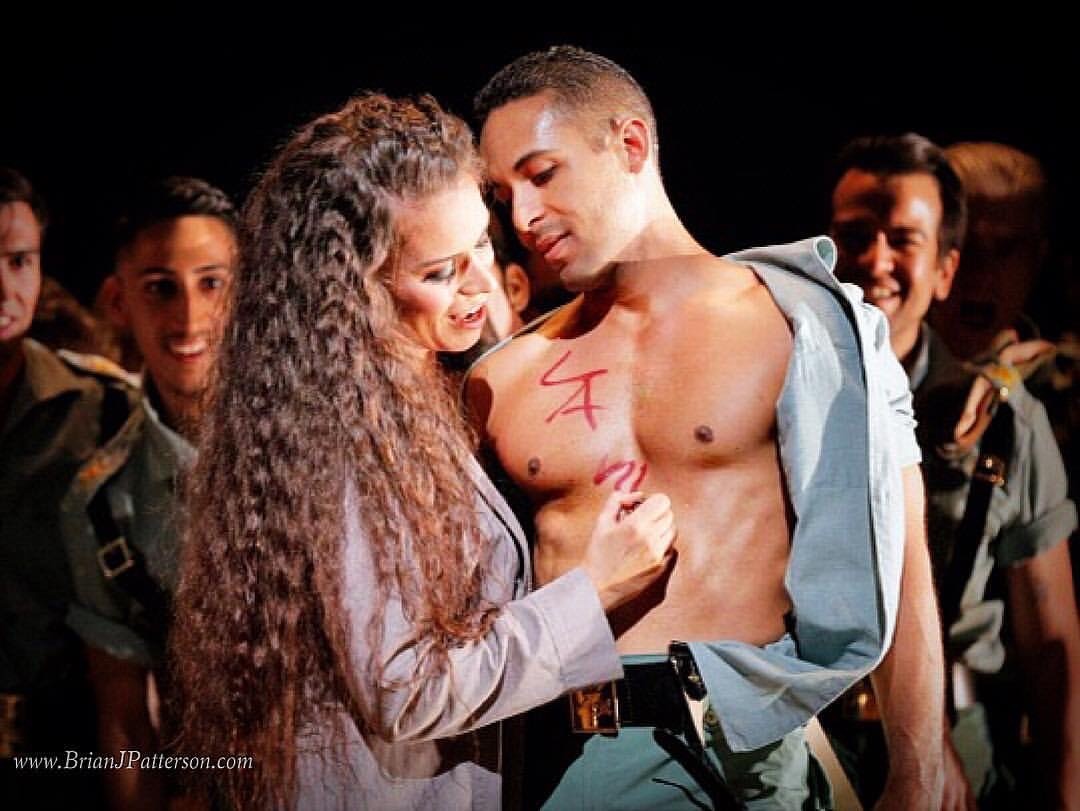 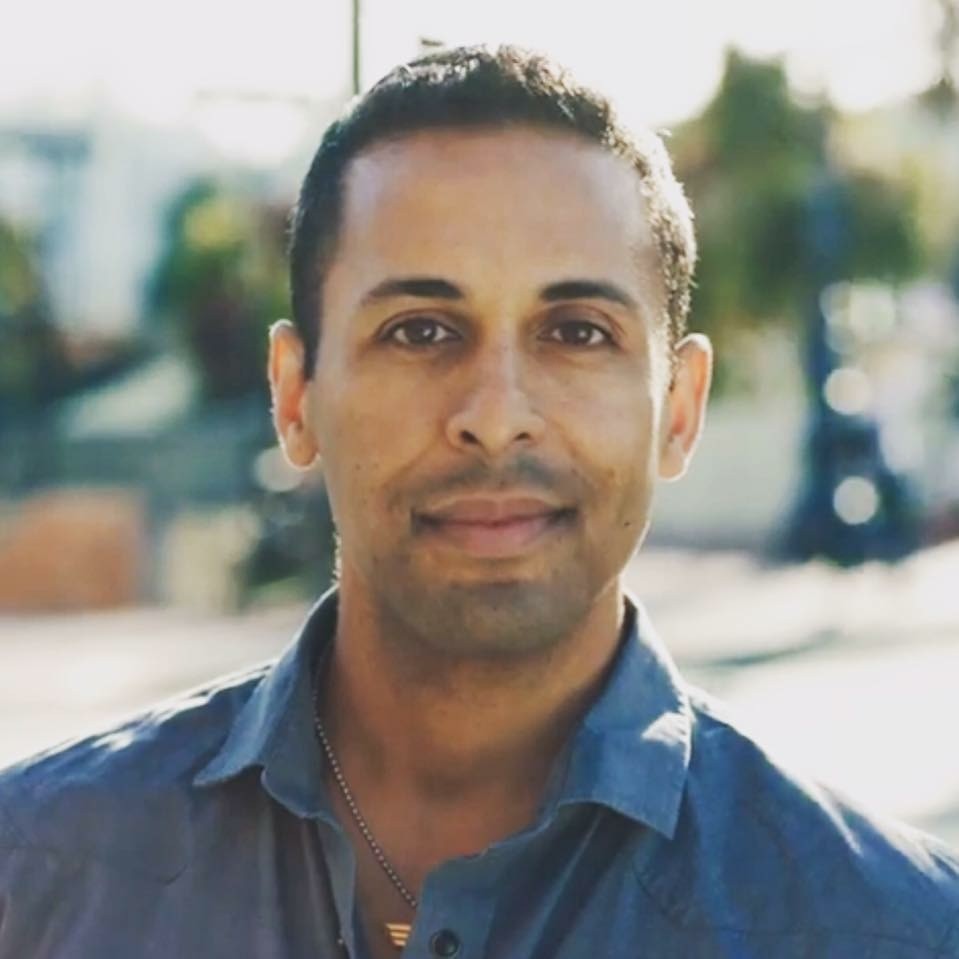 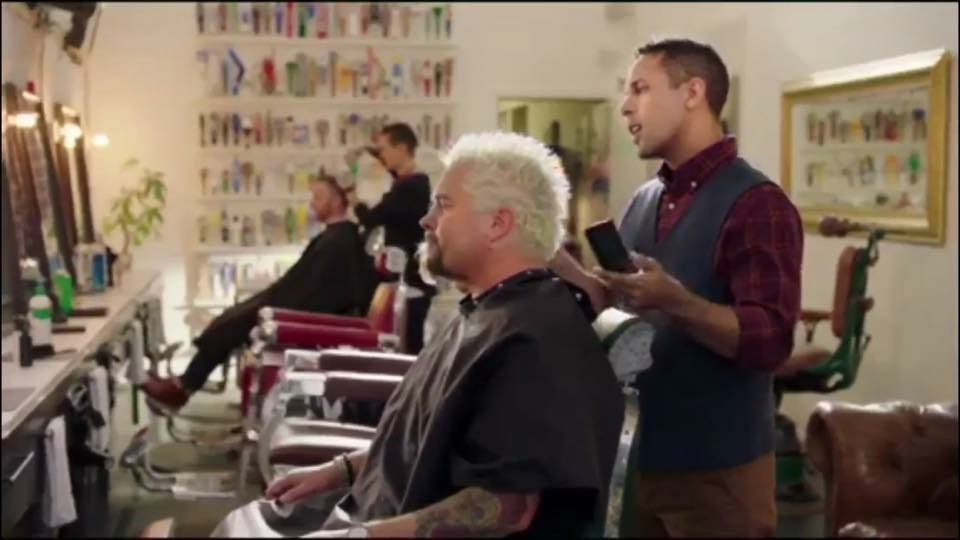 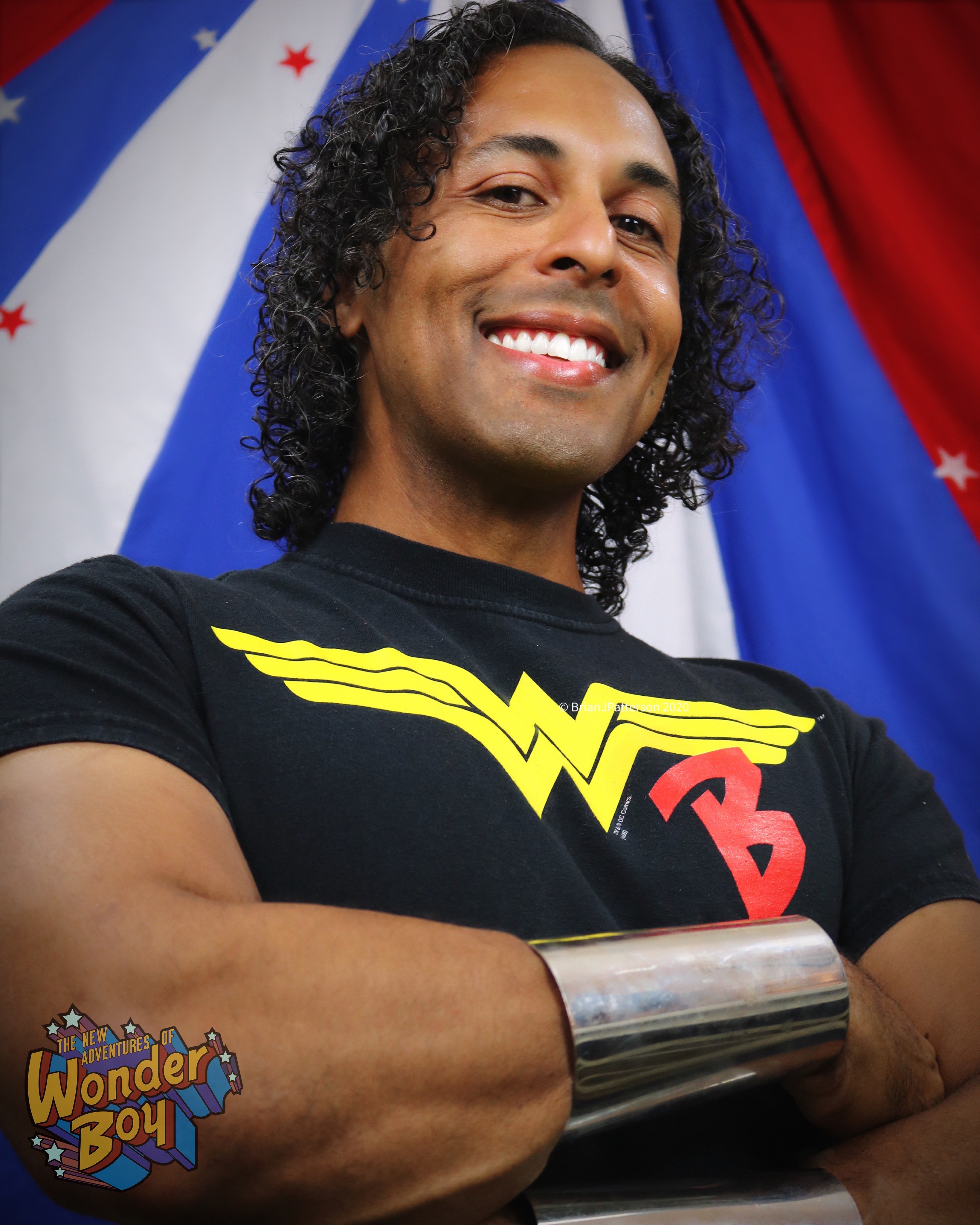 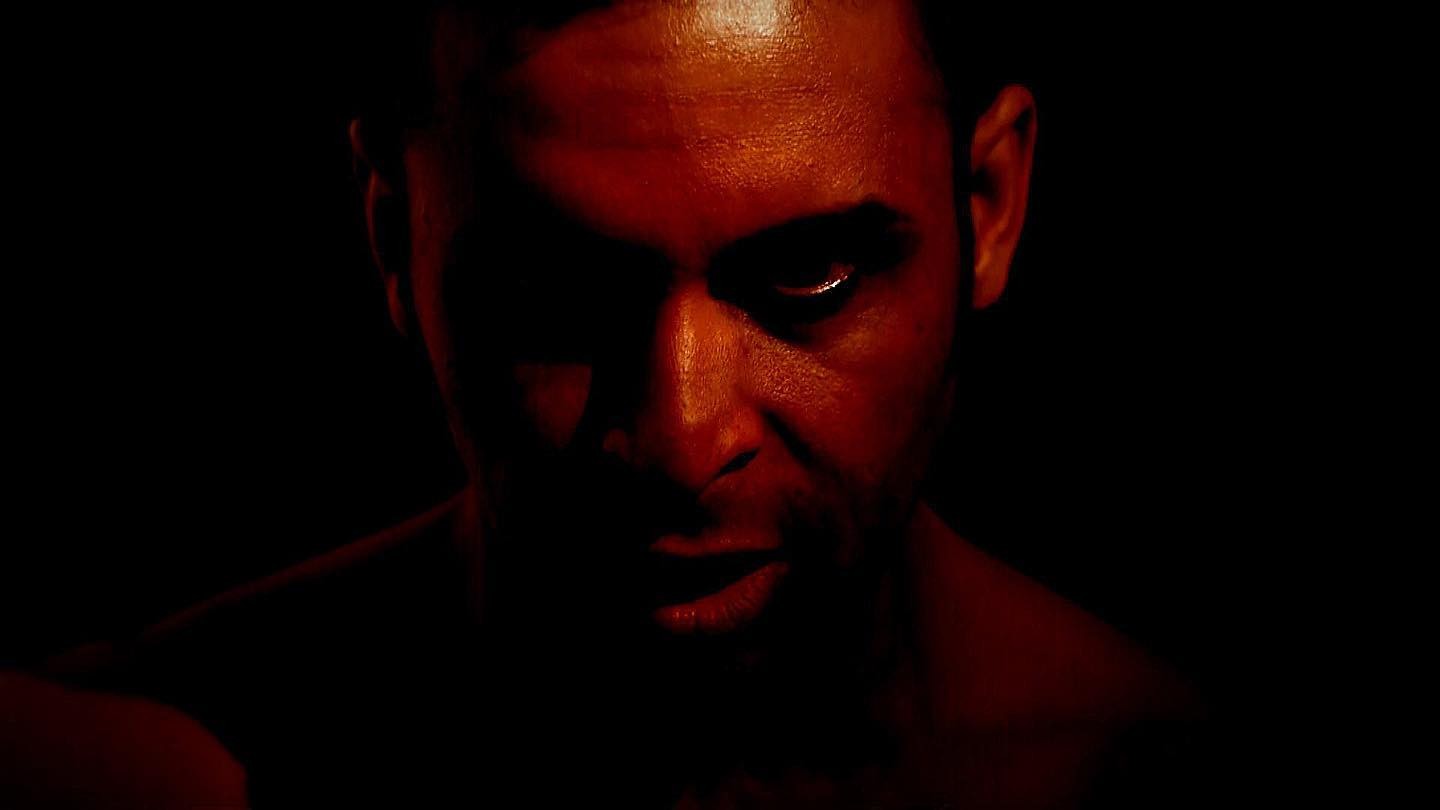