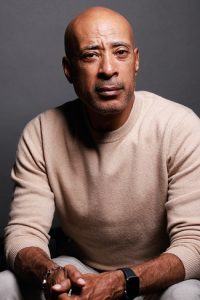 Today we’d like to introduce you to Benmio McCrea.

Hi Benmio, it’s an honor to have you on the platform. Thanks for taking the time to share your story with us – to start maybe you can share some of your backstory with our readers?
I’m a real city kid… Born and raised in Philly. My parents met in the ’60s. My Jewish mother was a talented painter and sculptor and at the time a student at Moore College of Art. My African-American father was a natural on piano but earned a living as a sign painter. He had an exceptional touch. They used to hang out in Rittenhouse Square at an artsy coffee shop named the Gilded Cage. That place is now legendary as the musical venue that sparked The Philadelphia Folk Festival. My father did the lettering for the café including the menu… and he also created some beautiful and amazing movie cards for the silent movie night the Guilded Cage would host every week. So it’s a little ironic that I would grow up and work in movies and TV. I was born in ’62. With everything going on in the country, that was an especially turbulent time for interracial relationships. And it wasn’t long before my parents split up. Unfortunately, I never got to know my father as he passed in his 30’s from asthma. I have two younger sisters from other relationships. But my mom was a struggling single parent for our entire childhood. We had a very rocky beginning but things began to settle once we became members at Congregation Rodeph Shalom synagogue.

My first experience performing on any kind of stage was at our synagogue. All the kids would perform in Purim plays. Rodeph Shalom would take music from Broadway Shows and change all the lyrics to tell the story of Purim. And, I imagine that my Bar Mitzvah at 13 also helped build my stage confidence. Then when I was 14 years old, I had a big brother from a big brother program that took me to see my first professional play. It was a production of Moliere’s “The Miser” at Philly’s Walnut Street Theater. That show really inspired me to want to be an actor — it was so much fun and full of laughs. My big brother took me to a bunch of shows growing up. I even got to see the original Broadway production of “A Chorus Line.” It wasn’t long after that when the City of Philadelphia opened the Philadelphia High School for Creative and Performing Arts (CAPA). It was a remarkable place… a melting pot of talented students. We received a conservatory type of training that truly prepared us for our chosen disciplines. I was a Drama major but also had an equal if not more amount of Dance. And I also had a ballet scholarship at Philadelphia Civic Ballet. Here’s a funny bit of trivia… I could have been a clown. During high school, I was accepted into Ringling Bros Clown College when they came to town looking for talent. Me and my then-classmate and now-Philly cheesesteak kingpin, Tony Luke, auditioned for it together. I didn’t go through with it though as it meant I’d have to leave our performing arts high school early and travel to Florida. I couldn’t miss graduation. But after high school, there was no turning back from there. I continued my studies at Syracuse University with new classmates such as Aaron Sorkin and Vanessa Williams. And ultimately made my way to New York.

I’ll never forget the moment when I became a professional actor. It happened while I was still a student at SU, I was fortunate to be cast in a very innovative production of Sam Shepard’s play “The Tooth of Crime” at Syracuse Stage. It was like I won the lottery when they took the show to New York City for an Off-Broadway run at LaMama Theatre. It earned me my Actor’s Equity Card. And from there, I was off and running. I later ended up kicking around New York… living a young actor’s life. I was actually living in Hell’s Kitchen, waiting tables and pounding the pavement for acting work.

My first speaking role in a TV show was on Designing Women. The great actor Meshach Taylor helped me land that part. I met Meshach when I was his stand-in and stunt double on the two “Mannequin” movies they shot back in Philly. We became friends and later, he showed me the ropes when I came out here to Los Angeles. I even stayed with his family.

I’m sure you wouldn’t say it’s been obstacle free, but so far would you say the journey have been a fairly smooth road?
Things didn’t pan out as exactly as I had hoped in those early years. I would end up taking a creative detour. I studied film at NYU and have had my hand in a number of other creative pots before coming back to acting. I feel like it’s taken me all this time for the rubber to really start meeting the road – for my age, talent and life experience to begin to coalesce. It’s been an interesting journey.

As you know, we’re big fans of you and your work. For our readers who might not be as familiar what can you tell them about what you do?
I enjoy filmmaking, art and the creative process in general. It’s been great to lend my talents wherever they’re needed. And I frequently work on passion projects whether for friends, colleagues or non-profits. I’ve directed two short films. “Retribution” that premiered on Showtime and also had some success on the festival circuit. That film starred Wendell Pierce (The Wire, Jack Ryan) when he was just starting his career… and more recently “Aquarium” which premiered at Slamdance and then also had a great festival run.

I’m particularly proud of “Aquarium” as it was a family project. Aquarium is a genre-bending fish out of water story about a couple at a crossroads – to stay together or go their separate ways. Ultimately it’s about following your heart and finding your way in the world. Our kid Jordan Phillips wrote and was in it, My wife Natasha produced and I directed. It was a great creative project for us to rally around… And the outcome was really magical. It was a joy to premiere the film at Slamdance and even take it to Cannes. It sort of turned into a second honeymoon traveling around Europe. After Cannes, the film showed at the Festival du Film Merveilleux in Paris… and other festivals here at home.

I’ve been very blessed… even throughout the pandemic. 2021 was a very productive year for me. There was an abundance of acting work and I helped produce another short film entitled “Slow Pulse” which premiered at the Tribeca Film Festival.

Earlier, I mentioned that I took time away from acting. Well since being back, I’ve really enjoyed playing PO Morgan Dotson on Amazon’s “Bosch.” Also playing baby Jack’s doctor on NBC’s “This Is Us.” Recent appearances in include roles on Freeform’s “Good Trouble” and FOX’s “911.” Also, my wife and I currently appear together in a national commercial for “Cologuard.” It was fun to work with her for the first time… particularly during the pandemic.

Do you have recommendations for books, apps, blogs, etc?
APPS There’s a great journaling app called “Stoic” that I swear by. It’s an awesome way to check-in with yourself. It’s really easy to use. And it’s so much better than a blank piece of paper staring back at you.

PODCASTS
Let me give a nice podcast shout out to my wife’s podcast, “My HOElistic Life!” hosted by Natasha McCrea and Denshai Lee. It’s the Happiness Over Everything podcast for alpha women.

The Podcast “Slice of Life” with acting coach Margie Haber 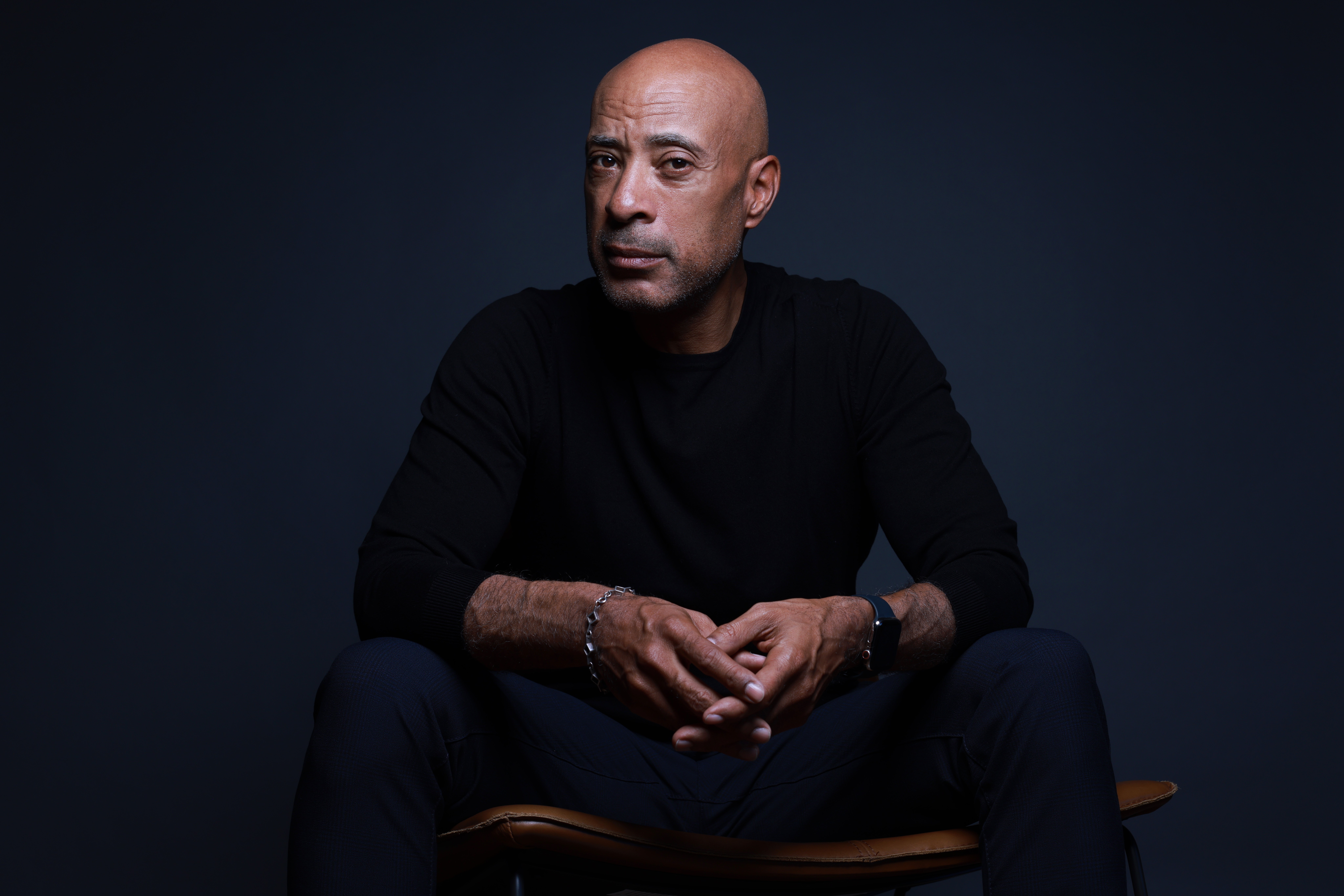