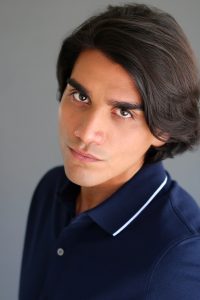 Today we’d like to introduce you to Oscar Da’Vida.

Hi Oscar, can you start by introducing yourself? We’d love to learn more about how you got to where you are today?
My parents migrated to the United States from Honduras, in Central America and from the Carribean in Puerto Rico. They established roots in a little place called Castle Hill, in the Bronx-  this is where my story begins. Growing up with two hard-working parents, they saw fit to instill a strong lesson in me. “In this life, mi hijo (my son), you need to work very hard to get whatever you want”. And, that’s exactly what I strived for.

I loved baseball as a kid and wanted to go pro more than anything, throughout Elementary, Middle School and High School I took my parents saying to heart and made great strides at becoming the best player I could be. I was lucky my father wanted me to excel at baseball. His training was rigorous. Training for hours under the humid New York City heat, hitting ball after ball with precision and power. My father exploited my talent immensely, and I relished every moment of it.

My Father trained me to bat like a major. There were no gimmicks. This was hardcore, gut wrenching, practice day in and day out -it was also his way of showing me how committed he was to me. Ultimately, though I gained all of that training, it was useless when I suffered from a torn ACL in my senior year of highschool. I remember the moment I realized my dream of going pro was something I needed to let go.

Deciding what to do next with my life, I took many turns. I entertained my fathers wishes to study medicine. It did not last very long. After a year, I switched my major to Architecture.  I was fascinated by what I was able to create. Imagining the impossible and bringing it to life. I discovered I was pretty nifty at this, plus I wanted nothing more than to make my parents proud. Being their only son and first to attend college in the U.S, the pressure was mounting.The one thing I did leave out was my secret love for the arts. Acting and Musical Theatre, especially. Where they come from, they can’t be bothered with such delusions. So for my own sanity, I left that out and did my theatre stuff in secret.

I started to lose interest in architecture.  I had a bigger sense of accomplishment after doing a show, then when I finished a really nice model. It became clear to me that I needed to switch, again. This switch led me to transfer to a few schools, ultimately I landed in the right place- The City College of New York. In 2015 something magical happened. Together with one of my most trusted friends, Dimo, we began to co-create a New Musical: These were the accounts and untold stories of the Korean woman who suffered sexual enslavement in Jakarta, Indonesia by the Japanese during World War II. It’s a very deep and dark part of Japanese and South East Asian culture. We worked tirelessly to bring these words and subsequently these women to life.

On July 31st, 2015 we were to debut our musical on Off-Broadway. We were set at the Theatre of St. Clements and had a wonderful run. The musical was informative, moving, raw, and truly depicted something that hasn’t been done on stage in a long time. This later led to us collaborating again for “Comfort Woman” at the Peter Jay Sharp Theatre, New York City In July of 2018 and again in 2019 in Los Angeles, for which we won best musical of the year on BroadwayWorld.com.“Comfort Woman” also allowed my parents to see the promise I had in being an artist, something I wanted them to be proud of.

I’m sure you wouldn’t say it’s been obstacle free, but so far would you say the journey have been a fairly smooth road?
I like to think of the road as something you pave as you go along in life. Sometimes you have some blacks top asphalt. Sometimes you pave a dirt road. Then you run into some concrete and start using that. Time passes by and you look back on your road and you see that you’ve used so many different materials to create your life path. It’s an art piece. And that’s how I feel now.

I have transitioned from the East coast to the West coast, twice! Which has had some major challenges. The first time I came to California, I had just put myself through a complete health and body transformation. I was a brand new person,not just physically  but mentality too.  With my newfound confidence and drive to get what I wanted. I thought to myself, everyone I know has told me to take my shot and start my film career. I wanted a sign, really bad, and a sign came. I was in an elevator with Greg Alderman- a great monologue writer who has a few books out we used in theatre school. He suggested if I wanted to start in film, I should look into a fellowship in LA. A place where you can showcase your talent. And just like that, I signed up for a five days actor intensive and went to Los Angeles for the first time.

My 2nd trip to California was after a rapid growth in my company where I moved back to New York for a promotion, and then came back to Cali for an even higher promotion within the company- I was the youngest, and fastest- growing employee in my company. California was decidedly where I wanted to be in the long-run.I fell in love with everything. The weather, vibe, people, pace. And then …covid. Like so many Americans the company I loved so much let me go. March 20th, 2020 I was officially terminated. Did I get the Covid blues like the rest of the country did? Did I mourn the loss of my cushy salaried job which I thought had my back?The answer to all of those is yes, but here was this gift sitting in front of me. Time. I had to do something with it.

Time to invest into resources. Time to teach myself a new skills set. Time to reach out to my community. I invested in lighting, camera lenses, backgrounds, stabilizers, connections and collaborations. I did everything I could to teach myself Premier Pro and officially started constructing my new musical. This new- found time allowed me to send more self-tapes, make more content, and become more in tune with my career. Time was given to us all, and I made sure to connect with my community to shoot their content and self-tapes, too. I love to collaborate and without it, I would have never found my passion. I could not be prouder of all the ways I have impacted my life and that of my community.

See…2020 really was really about getting into perspective. I didn’t just live 2020…2020 was a mindset we had to experience. Perspective was a key player this year, am I right?

What else should we know about you, your work and what you are currently focused on?
I went to school for theatre, so one could say my specialty is in acting, but I don’t want to be just that. I like to think that my “specialty” in acting drew me to where I am today- eager to be more than a  part of the experience. I am interested  in orchestrating THE experience from beginning to end! As I think of what I’m most proud of, it always comes down where I put my heart and soul into – my writing. My love for musical theatre is why I began acting in the first place. An unwavering passion that drove me to write my first musical.

I am inspired by people like Lin-Manuel Miranda who have brought inclusivity to Broadway- like we’ve never seen before. Lin’s musicals turned movies like  “In The Heights” and “Hamilton”, breathes new found inspiration to a kid who grew up in the  Bronx, like myself, to imagine new heights in art, such as musical theater. I am currently in the process of writing again and would like to formally announce on VoyageLA my next new musical is on the way!

In this new musical, Music and acting are going to meet a new horizon. Bringing never before seen theme’s to the stage: The story explores the human psyche. Through themes such as time, characters reveal what creates ideas, unique to each one of us. My goal is to make musical theater  inclusive and accessible to people from all walks of life and show a mirror to society through theatre.

It makes me so proud to see Musical theater headed in a new direction, granting me the fuel I crave towards my (Heathy) obsession with standard. Thanks to the greats,  I am here for one thing -to raise the bar. To set the standard even higher, in this industry

Do you have any memories from childhood that you can share with us?
Many moments of my childhood are tethered to achieving something my parents asked me to. Sure, I had my own desires to do well, but making them proud brought me  a great deal of joy as a kid. I have very fond memories of my mother watching me dance or my father proud of good grades, but nothing brought me more joy than making them cheer at a baseball game –  And it was this particular game that I remembered them being the loudest!

I mentioned, I played ball as a kid, and my father trained me. My father would not rest until I could hit the ball hard and far and at any speed. We trained and trained, and I loved it. I felt stronger and stronger with each day.  When it was time for me to step up to plate, I had all the power and strength from all days of training, that by the time I had a game I was a force to be reckoned with.

They say with great power comes great responsibility, but my power came with a little jealousy. Some of the  players purposely threw the baseball so that I wouldn’t hit it, instead, I was the target. The pitches would hit me, and I would take the walk instead.My father caught wind of this and it enraged him. The next day, everything changed; He explained nothing, he only told me that we need to practice harder. The next day after school my father takes me to the park and presents a new bat- A red Stealth bat, made of aluminum alloy and poly fibers. I mean this thing was the bat of all bats. My father sets us up as usual and we start. Before he takes the mound, he says in a normal demanding tone, “Quedate ahi” meaning, “Stay right there”. My father wizzes a ball right a myt chest. I pick up on it, load up, and crush this pitch foul. I hear my father yell, “Quedate ahi”. I think, “Wait. What’s” …another pitch comes by my helmet this time. I duck. Then another and it hits my leg. Then another. I’m trying to deflect as many as I can but I just keep getting hit. Then it clicked. I knew what was going down.

That next game, I remembered my parents cheering louder than ever when I did not flinch at the ball. This memory is one that proves when we prepare to reach another level in the things we love the most, focus, confidence and support will lead us there. 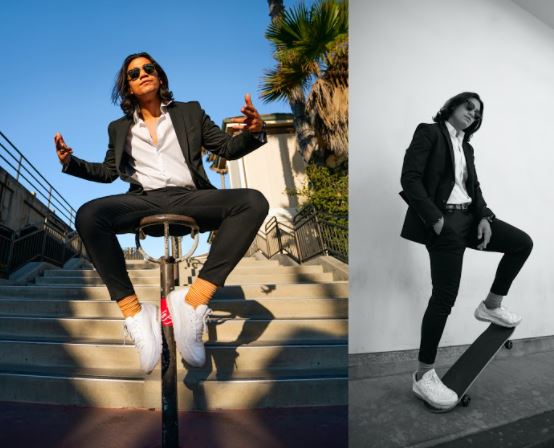 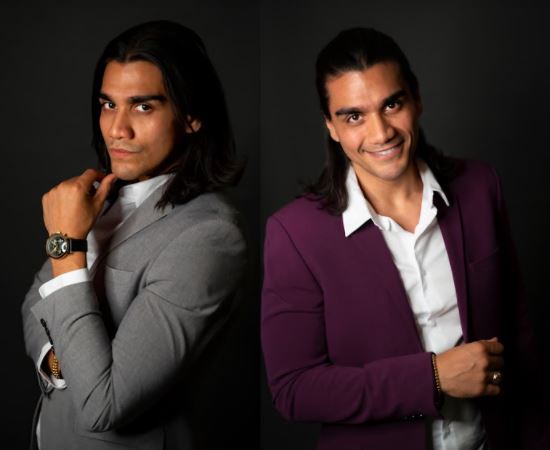 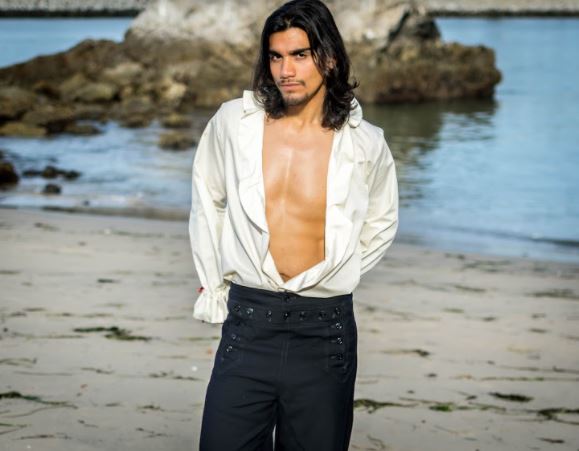 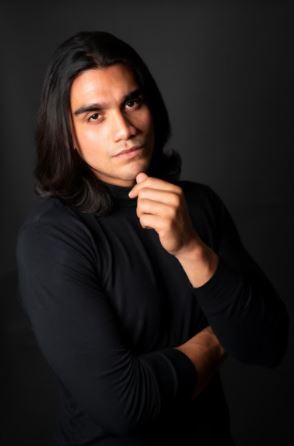