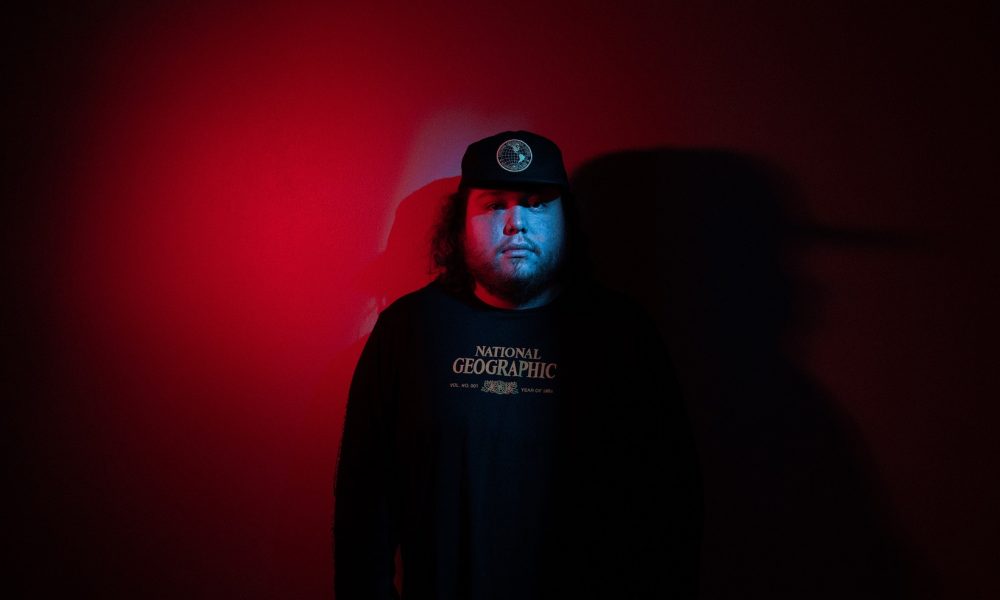 Today we’d like to introduce you to Oliver Sevilla (a.k.a Savvy_lo).

Hi Oliver, we’re thrilled to have a chance to learn your story today. So, before we get into specifics, maybe you can briefly walk us through how you got to where you are today?
I was born in Inglewood, CA, however, my mother and I moved to El Paso, TX when I was very young so that we could be closer to our family in Chihuahua, Mexico. Being raised in a relatively small border city was very important to my upbringing. While I was growing up, El Paso didn’t have a lot of fun activities for young people. However, because many of the shows and concerts in El Paso were all ages, I began going to shows at a very young age which helped me strengthen my already existing passion for music and live performances. By the time I was 15 years old, I became an intern and flyer kid for a local event company called SMG Events. At the time, the company was partnered with Insomniac Events, so I was exposed to a lot of different types of electronic music and got the opportunity to learn a lot about what was happening behind the scenes of these extremely professional productions. I continued volunteering with the company throughout all of high school. By the time I was 18 through friends, and music festivals that I got to travel to through the company, I became familiar with more experimental electronic acts such as James Blake, Eprom, Shlohmo, Flying Lotus, and more. Becoming familiar with these artists made me a huge fan of the L.A. beat scene.

Although I was in El Paso, TX I often kept up with the lineups of L.A.’s weekly beat scene event, Low End Theory, to search for new artists to listen to. At the end of 2012, I was done with high school and decided to move in with my father who lives in Los Angeles so that I could have more school options and to experience the L.A. beat scene first-hand. For a long time, I was not sure what I wanted to study so I took different classes at a couple of different community colleges. In 2014, I took a music technology class at Fullerton College in Orange County, where I met one of my best friends Brando, (A.K.A. Unthotof). In 2015, we co-founded our record label, Soulfulxnature, SXN for short. We soon began releasing music and organizing shows. Our team grew quickly, we met some really talented artists out here locally, we also started reaching out to different artists online, and we began working with some of the most talented producers El Paso had to offer. We eventually started having regular showcases in both Los Angeles, CA, and El Paso, TX. We also had the honor of taking Soulfulxnature showcases to Phoenix, AZ, Las Vegas, NV, New York, NY, and more.

In 2017, I became an intern at Alpha Pup Records. Alpha Pup is an independent digital aggregator and record label that represents over 100 of the world’s top independent labels, they were also the curators behind Low End Theory. During my internship, I decided to take a chance and pitch Soulfulxnature to Alpha Pup C.E.O. Daddy Kev. This eventually led us to start working with Alpha Pup for all of our label’s digital distribution. Unthotof and I went to Low End Theory every Wednesday for years, so landing a distribution deal with Alpha Pup Records was a really big deal to us, considering they were the pioneers of the Los Angeles beat scene. Over the years, we’ve continued to grow and have had the chance to work with some of my favorite artists such as Eureka The Butcher, Bad Snacks, Odin, Frythm, Ninjoi., and many others. We currently continue to expand our roster and catalog and have some really amazing releases coming up from different artists worldwide.

Can you talk to us a bit about the challenges and lessons you’ve learned along the way. Looking back would you say it’s been easy or smooth in retrospect?
I think like most of the people working in creative fields there are definitely some really great times and some really rough times. I think most artists and freelancers can agree that some months may feel like you’ve made it, and other months you barely get by. One of the most challenging obstacles I encounter regularly is trying to balance my school schedule, my day job schedule, the Soulfulxnature schedule, and my freelance schedule. Luckily we have a really great team working with us at Soulfulxnature, and they often help me not get overwhelmed with the workload. Another obstacle I think we can all relate to has been COVID-19. The pandemic forced us to cancel an upcoming label tour, our Los Angeles based monthly event, all of my free-lance VJ gigs, and some other exciting moments we had in stores such as Frythm’s Coachella debut and more. However, it is always important to look at the bright side of everything. We made sure that COVID-19 did not slow us down as a label, we focused on increasing releases and expanding the roster. I’m definitely excited for the future.

Thanks for sharing that. So, maybe next you can tell us a bit more about your work?
My work with visuals began right before our label’s first show in 2015. We really wanted to have visuals at our shows, so I downloaded VJ software and began experimenting with a bunch of random clips. Eventually, I started creating my own visuals by filming and editing abstract shots. While running visuals at our events I got connected with different venue managers, artists, and event organizers who eventually began hiring me to VJ their events. In 2018 I became the resident VJ for Hypnothesis, a Los Angeles bass-music event curated by Courteous Family and Great Dane’s ADBC Records. Through this event, I had the honor of running visuals for many of my favorite acts of the LA beat scene such as residents Great Dane, Tsaruda, Hapa, Courteous Tone, and Jason Wool, as well as guests Ivy Lab, Salva, Huxley Anne, Mr. Carmack, Linafornia, and many others. Some other artists I’ve had the pleasure of running visuals for include Benny Benassi, YG, Ty Dolla $ign, and most importantly the majority of the Soulfulxnature roster. When the quarantine started, I was really upset because I thought I was not going to get the chance to VJ for my favorite artists anymore. Luckily, the London-based duo, Ivy Lab, reached out to me to be part of their virtual Twenty Twenty Global showcases. I had the honor to be part of some really great audio and visual lineups. If you haven’t checked out the TW/TW global showcases, I fully recommend them, most of them are available on Youtube.

So, before we go, how can our readers or others connect or collaborate with you? How can they support you?
I always tell people that the best way to support me is to support Soulfulxnature artists. We’ve been spending most of our time putting together a lot of releases, so go check out our catalog and stream, share, and purchase our music. We also have cassettes and other merch available on our Bandcamp! 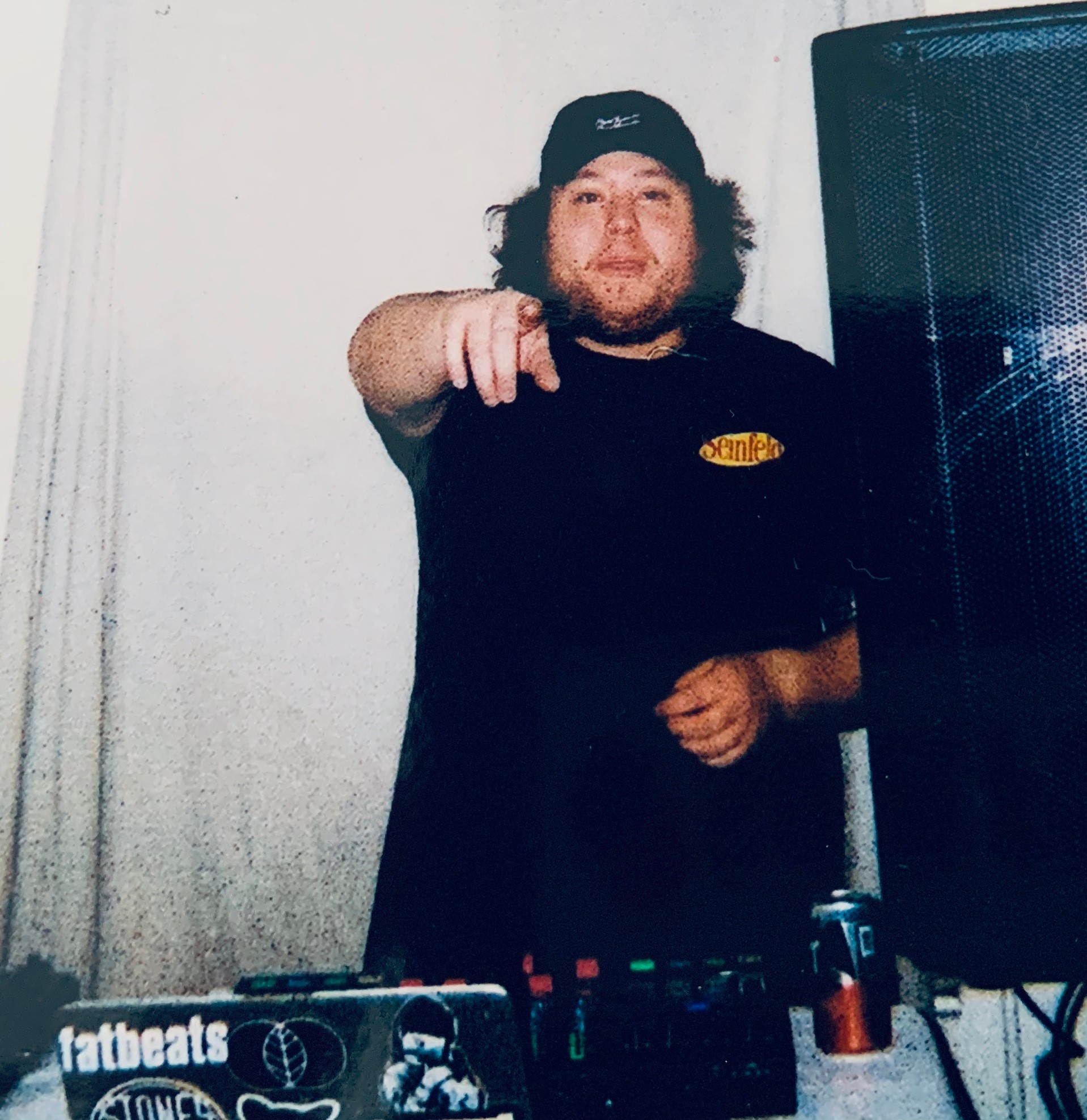 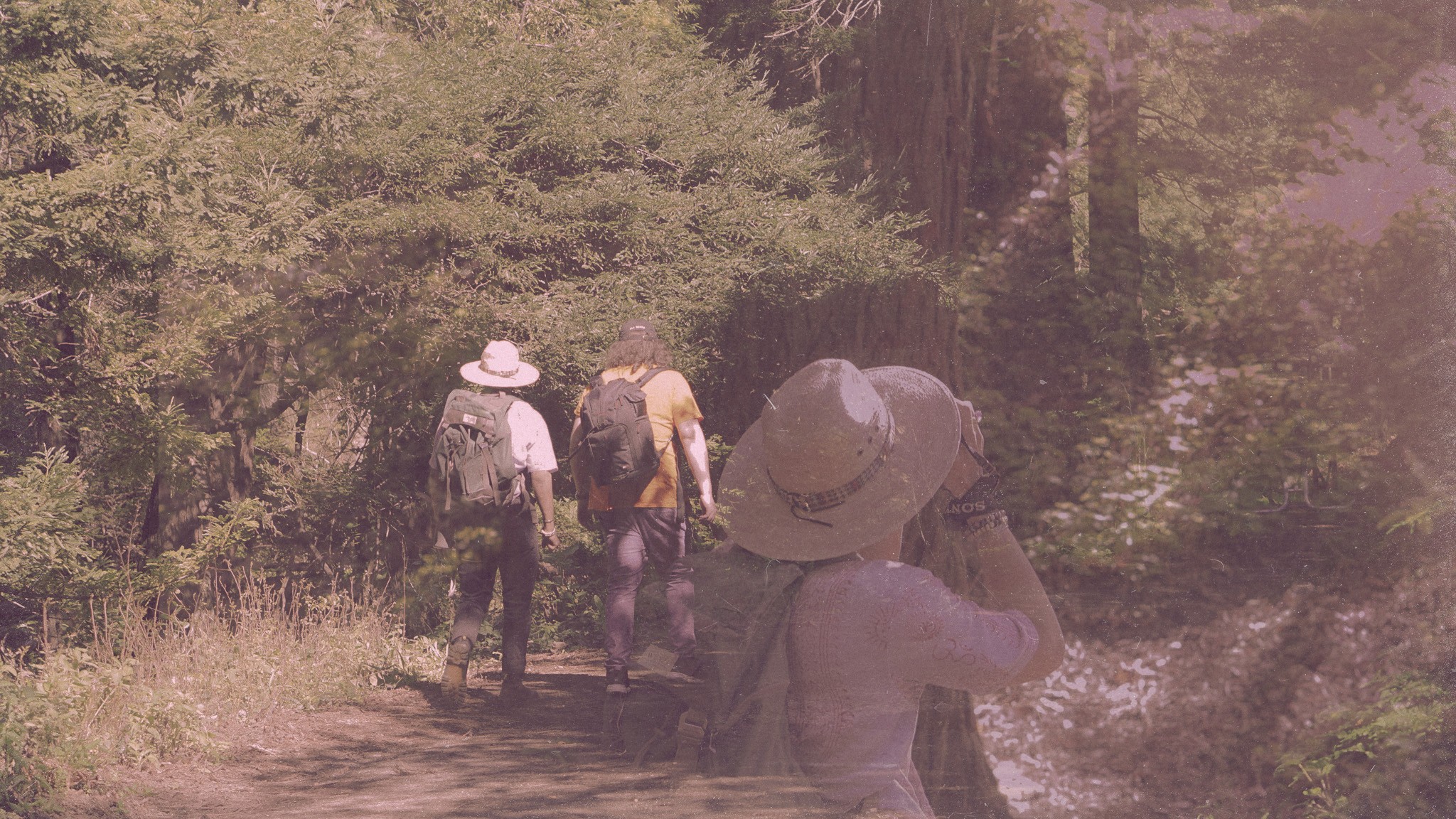 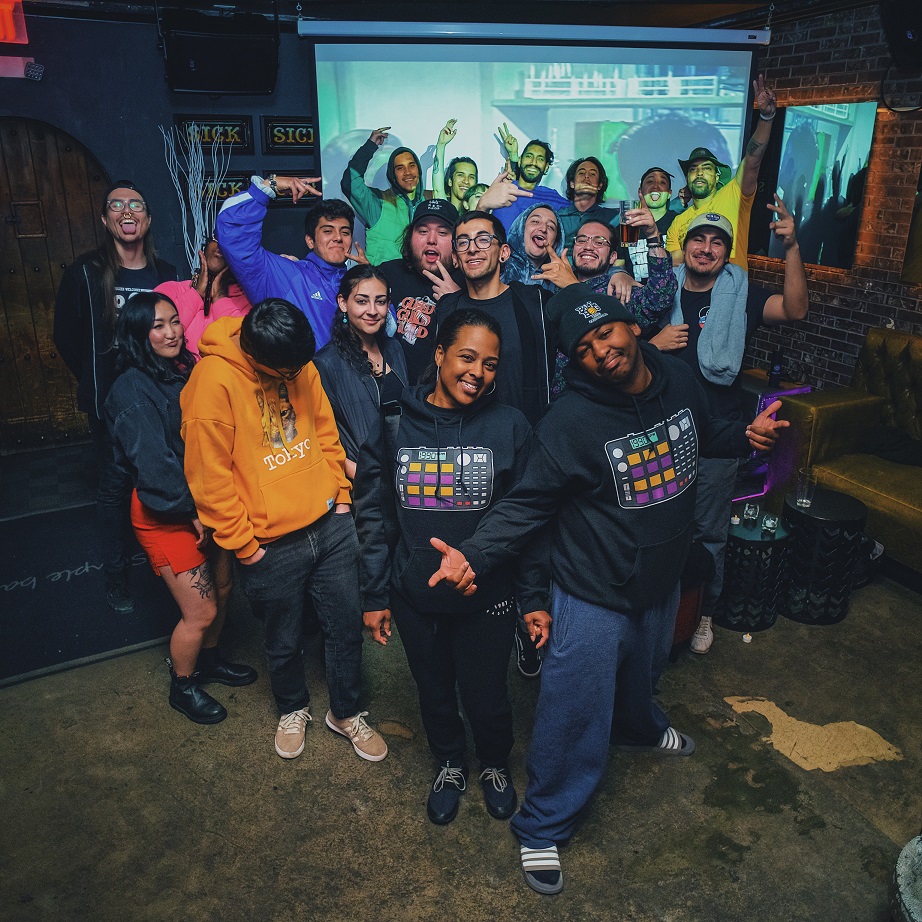 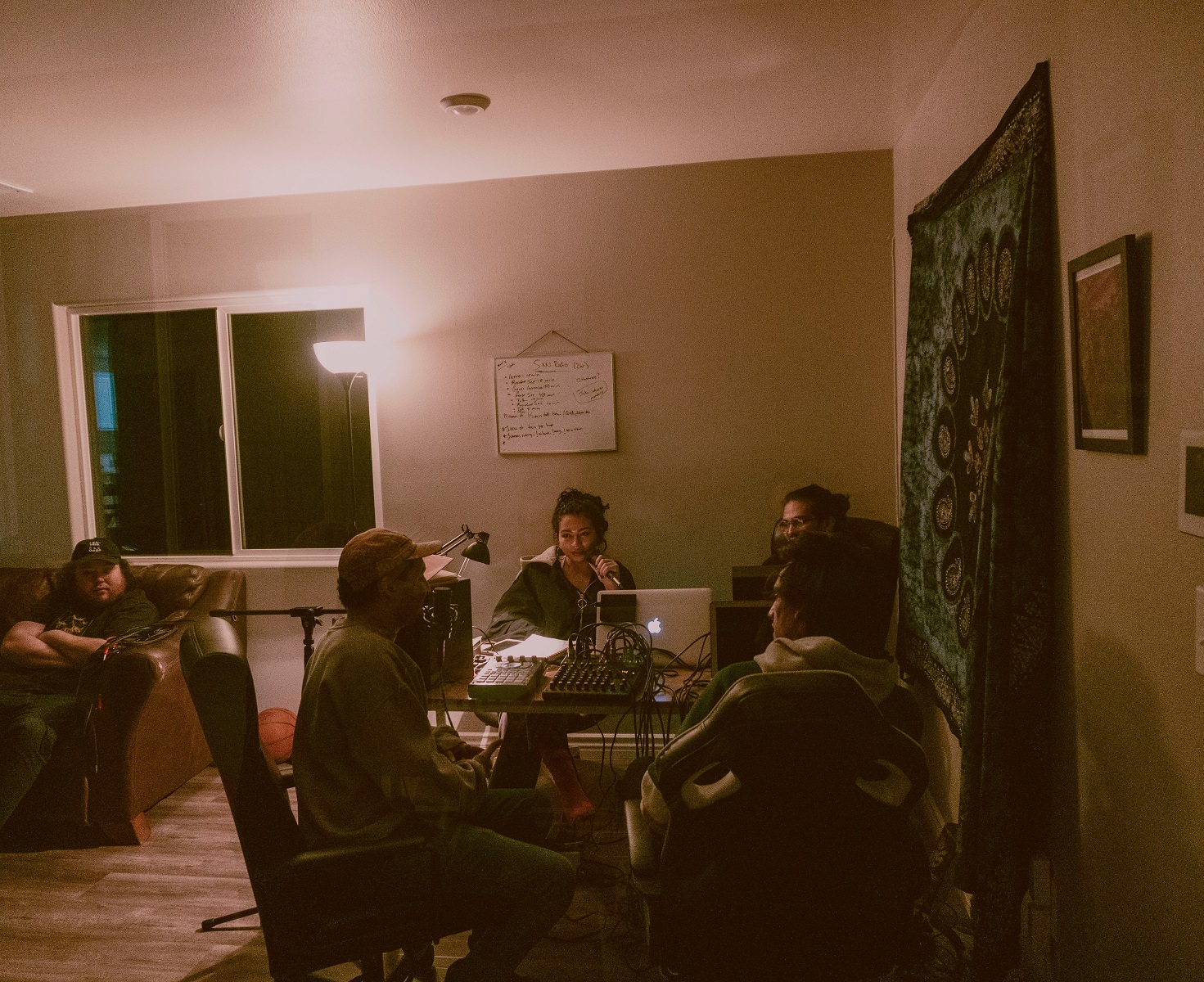 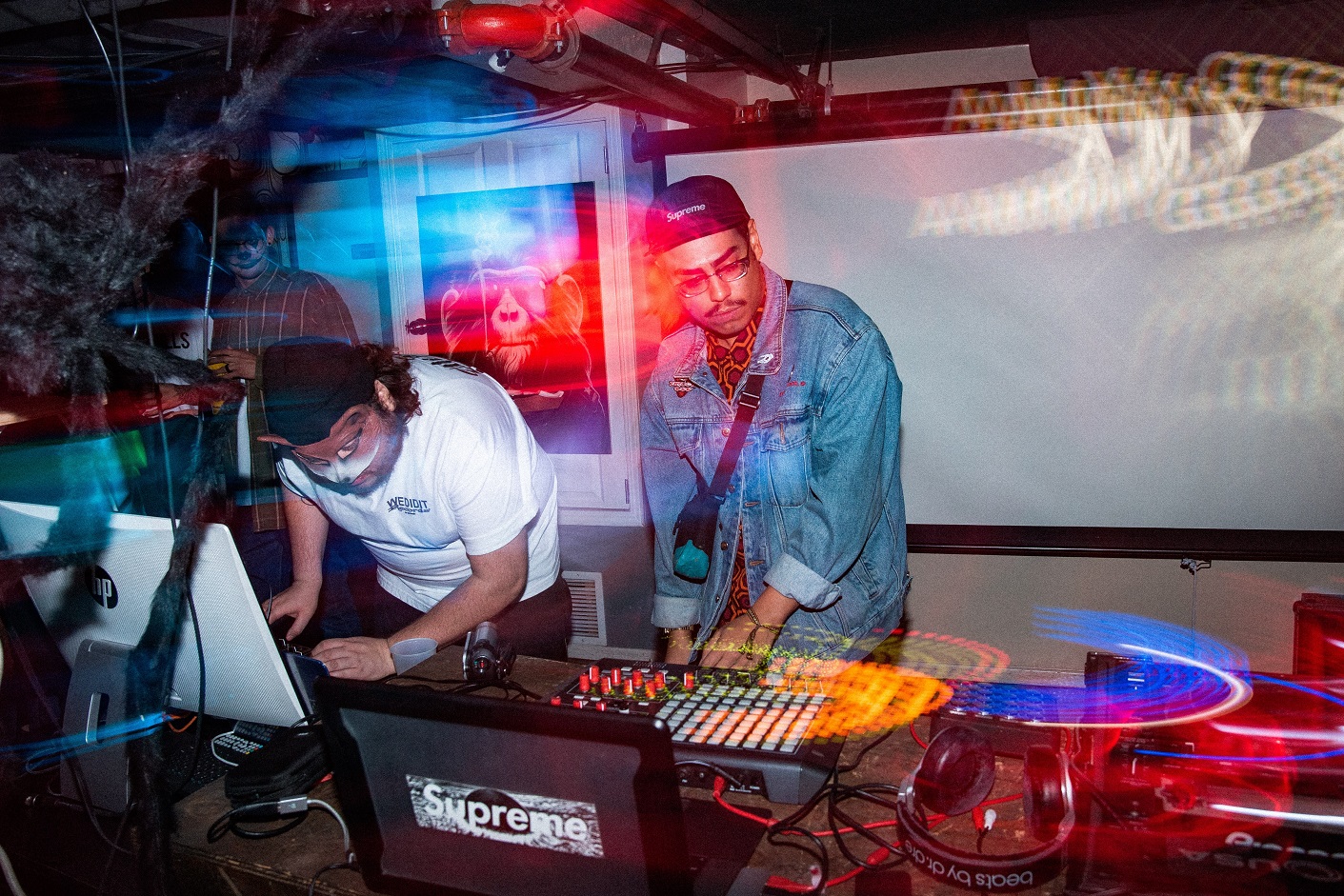 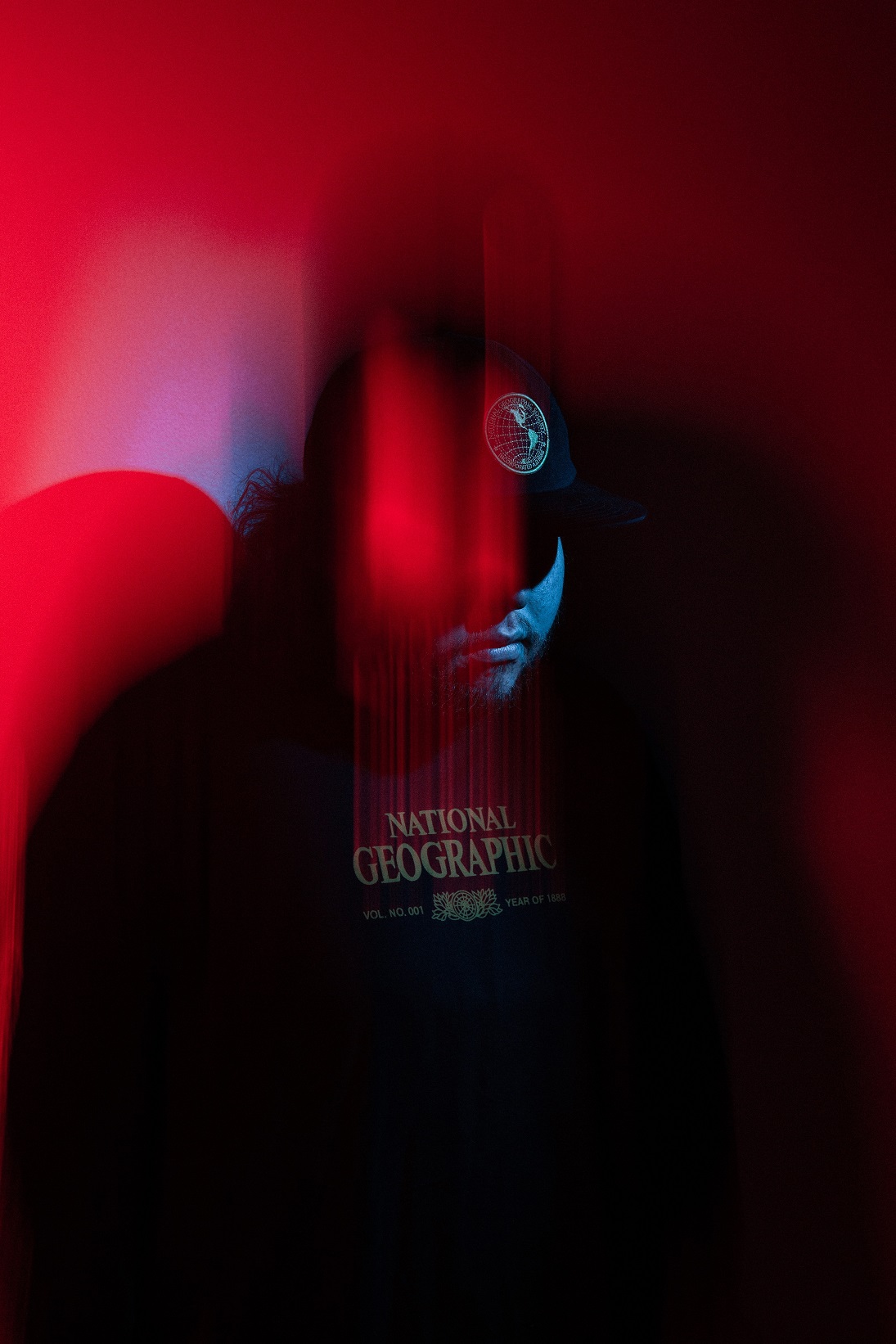 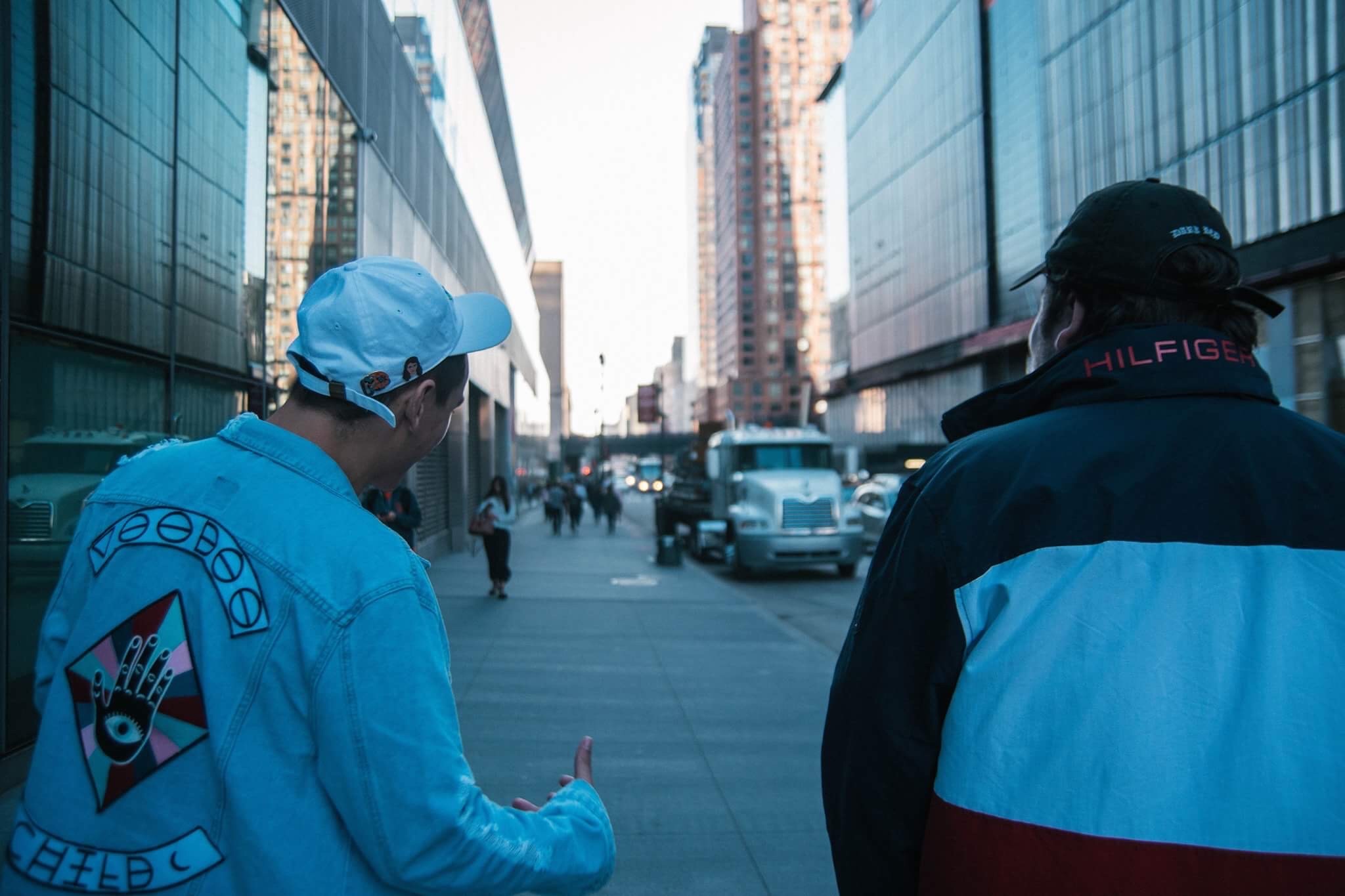