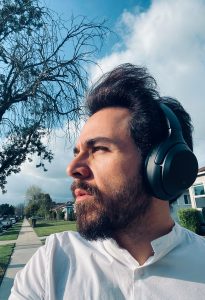 Today we’d like to introduce you to Oliver Ojeil.

Hi Oliver, it’s an honor to have you on the platform. Thanks for taking the time to share your story with us – to start maybe you can share some of your backstory with our readers?
I grew up in war torn Beirut in the 80s and 90s during times of war, civil unrest and lost identity. I still remember very vividly the nights I slept on our bathroom floor, over a makeshift mattress, because it was the safest place when bombs started to fall. My summers in the mountains were serene and beautiful, surrounded by humble people and the beautiful Mediterranean nature. I went hiking and camping with friends all the time. I loved nature and loved having deep conversations with old people. Despite the war earlier in my childhood, I grew up surrounded by art and cinema and always dreamed of moving to Hollywood to make movies. My dad who was cinematographer used to take me with him on set where I stood by and watched in awe the entire filmmaking process unfold. I remember being wowed by the entire process and how a scene is put together by little fragments, one at a time.

At home, Dad had some equipment but I guess I was too young to be trusted with, so the only tool I could get my hands on was a small tripod, whose mounting plate I used as my viewfinder to look through its hole in order to frame imaginary shots in my head where imaginary characters inhabited the space. My Grandma Feirouz, whom I was very close to, was a fashion designer and stylist and I remember I used to stare at her designs in awe, trying to imitate her drawings, albeit with terrible sketching skills. From a very young age and before I knew how to express my emotions artistically, I loved cinema and photography and was attracted to beauty of all kind. I used to spend hours watching movies and going through grandma’s fashion magazines, devouring them cover to cover, admiring the photography and beauty of colors, dresses, moods, postures, and the models. At the age of 14, I wrote, directed, shot and edited my first short film at school for our filmmaking class using dad’s cameras and editing equipment. It was the winning short of the class and my teacher kept showing it to succeeding classes as an example to emulate. I also I used to shoot the end of year party at my school, which I then edited and sold at $5 the tape (VHS). I used to sell enough to cover my entire summer expenses! At 15, I started editing and doing motion graphics for my dad, who was shooting weddings as well. Occasionally, I’d take the camera and shoot wedding trailers with small emotional stories and then edit them. It was during this period when I transitioned from linear to non-linear editing. At the age of 17, I left to the United States to attend university. The first step of a dream I grew up imagining.

I’m sure you wouldn’t say it’s been obstacle free, but so far would you say the journey have been a fairly smooth road?
During my early college years, I naturally struggled to adapt into a new culture, new language, new way of doing things, and especially, a new way of thinking altogether, the American way. That only lasted a couple of months though, and I soon felt a deep sense of belonging, as though I had grown up here. However, I struggled a lot financially through college, and next to taking 21 credits at times, I worked two and sometimes three jobs and used to freelance as a director and all-around post-production artist, doing editing, color, motion graphics, graphic design, 3D, etc. in order to cover my living expenses while my parents paid for my college tuition. Being a non-US citizen, I wasn’t eligible to any student loans, which made things even harder. The other challenge I faced and this is sort of an on-going life-long one, which is the journey to discover myself as an artist and develop my own style and voice. I grew up in love with classical art, specifically in love with Renaissance paintings and the Italian and Dutch masters of the era , and later Baroque and Impressionist painters. My studies of light and color theory helped me tremendously in my journey as a director, photographer and colorist, and the more I learned about the classics, the better my own work I believe started to get.

As you know, we’re big fans of you and your work. For our readers who might not be as familiar what can you tell them about what you do?
It’s a bit hard for me to answer this question, mainly because it asks me to talk about myself. I’ll give it a try… Today I am known as a director, fashion & celebrity photographer, and film colorist. I mainly shift creative hats based on the project’s needs, and although I feel equally fulfilled and happy doing all three, nothing comes close to the feeling when I’m directing on set and putting a story together, piece by piece, scene by scene, and working with the actors, the cinematographer, etc. I started my career after college directing music videos and commercials for brands like Doritos, Porsche, and Audi, to name a few. I also founded a production house called Chiaroscuro Films and a multi-award-winning post-production boutique called ClicheVFX, which was operational from 2009 until 2017, the year I moved back to the U.S. from Milan, Italy, where I had previously moved to from Beirut back in 2015 to connect better with Italy and my artistic roots. Through my post house, I discovered my love for color grading and started coloring my own commercials and those of other directors which we used to produce. By the time I moved to LA in 2017, I already had a solid enough reel that opened doors for me and got me narrative, commercial, and episodic work.

In 2020, I joined C.S.I. (Colorist Society International) as a senior colorist, and I’ve been actively coloring movies, commercials, music videos, documentaries and TV shows. Right around 2015, and dispite a successful career in commercials working with top brands and winning several awards, I had started to get bored and feel down from directing only commercials, mainly because I discovered the director does not have the final aesthetic say on things, and I needed another venue to express endless artistic visions I kept getting, so I found fashion photography very personal and perfect for that. I envision something, I capture it, I color it, and I get to express an entire story subjectively, much like a painter did in the old days. The more I got into fashion photography, the stronger my aesthetic as a film colorist got, and the more intertwined I felt the two are as expressive artistic mediums. I tested a lot of color theories in photography, which I later applied in the films I colored or directed. In 2019 I had my first exhibition at the prestigious gallery “Image Nation Paris” and from there, I went on to exhibit in various countries around the world. My upcoming photography exhibition will take place in Paris this upcoming November 2021, followed by another exhibition in Austria in November as well. More of that on my Instagram. In parallel to the above, I identify myself mainly as a director, a storyteller who loves to tell a story through characters, dialogue, colors, photography, cinematography, etc.

Last year I wrote, directed, and colored a short film called Take Me In Your Arms, which turned out to be a festival success, winning many awards domestically and internationally at various film festivals. I’m attaching the poster in this article to have a better idea about it. It is a tragic breakup story about the spaces between our togetherness. I am happy to announce today that I’ve teamed up with a Hollywood-based production company who believes in the project, and we’re scaling this short into a feature film. I’m currently in the screenplay process. To sum up a usual day in my life as an artist juggling these various creative hats: first thing I do in the morning, I wake up early usually and after meditation and breakfast, I work out then I read for a bit then I get back to emails. By 10am I’m either coloring from my studio or at a post production facility. I do most of my fashion shoots around sunset if I’m not working in studio, because that’s when I like the light best, it’s soft, golden and makes the eyes just pop without being too harsh on the skin. Moreover, the light temperature at sunset challenges me to interpret it in new creative ways all the time. At night I enjoy having friends over for dinner and wine, and whem I’m alone, I spend my time either reading, writing and developing ideas I want to direct, watching movies, or retouching and coloring photos from my fashion work.

Do you have any advice for those looking to network or find a mentor?
When I first moved to LA, I must’ve emailed my directing reel to almost every production house I could find online. Using the Pareto principle, on every ten emails, I’d hear back and meet with 2 or 3, which adds up when you email too many. Lot of these connections landed me jobs and if you apply the principle that says each person knows 1000 more people through their life, that network grows quite fast! Just be cool, friendly and honest about what you can do, and you will connect with people who will believe in you and introduce you to even more people. And if you’re good at what you do and easy going, you’ll be amazed how fast your network grows and how fast you get hired. Living in Burbank when I first moved to LA and being the entertainment hub of the world, lot of post-production houses were within walking distance from my house. I used to literally cold-walk inside and say I’m a colorist and if I can have the business card of the post producer or person in charge to email my reel, and you’d be amazed how many times people would welcome me right into their office for a quick chat without having set a prior meeting. Now that I think about it, I find it kind of crazy! But hey, it worked, and in two years it landed me over 70 colorist credits on IMDb, almost half of which are feature films. So try it, be innovative and bold, have confidence in your abilities and people will trust you and believe in you. Aim high, stayed focused, be kind, and change your thoughts, you change your life. Literally. 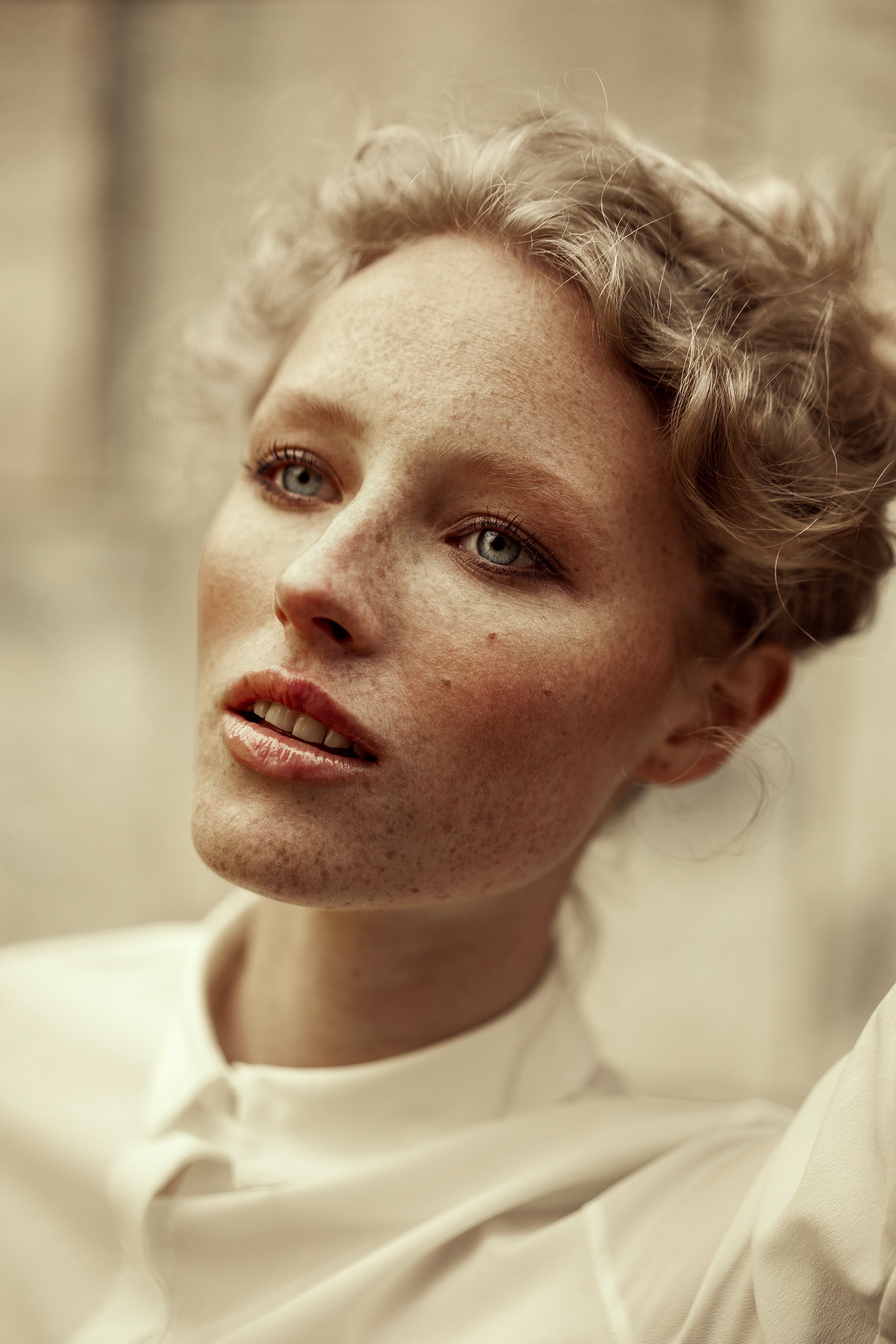 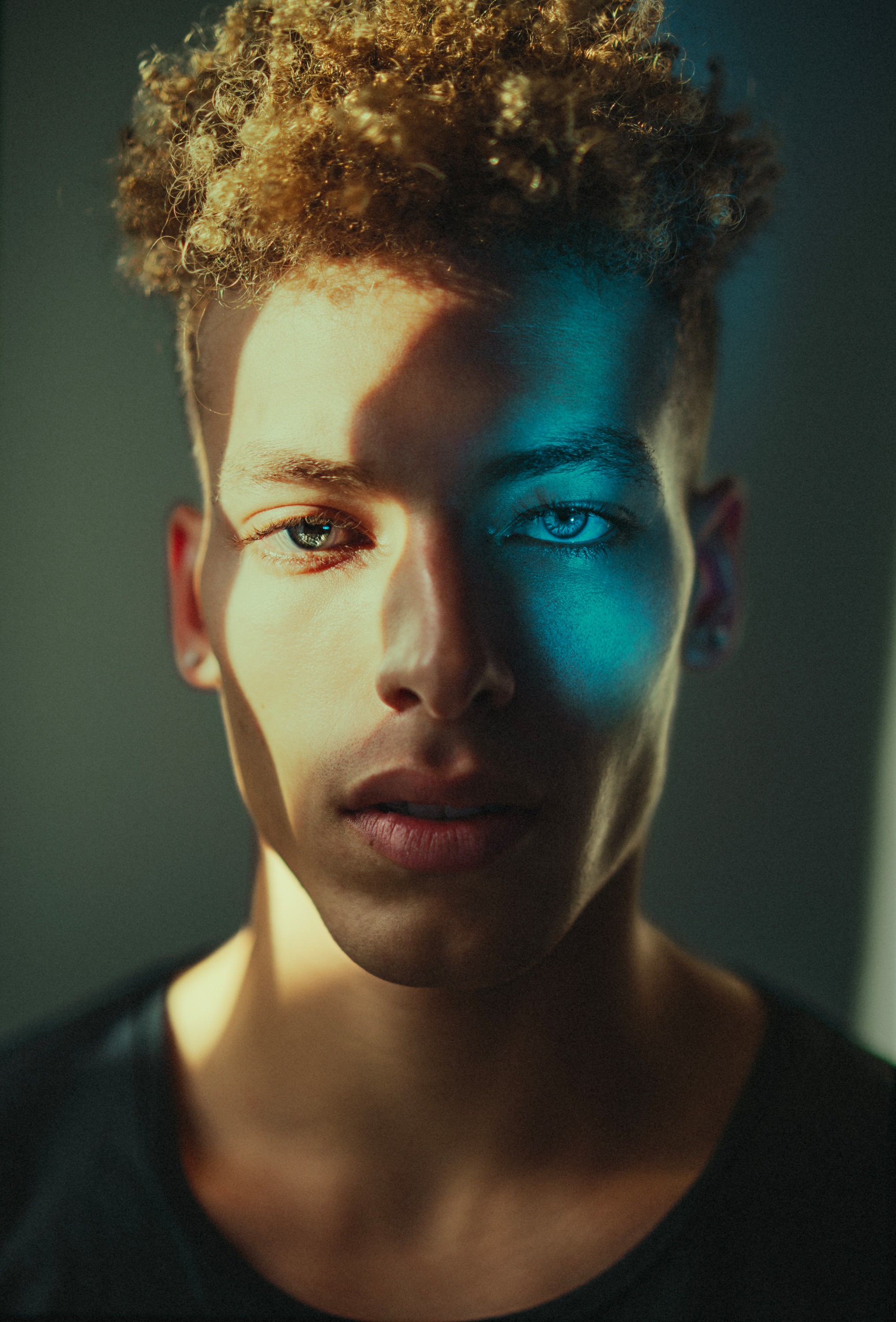 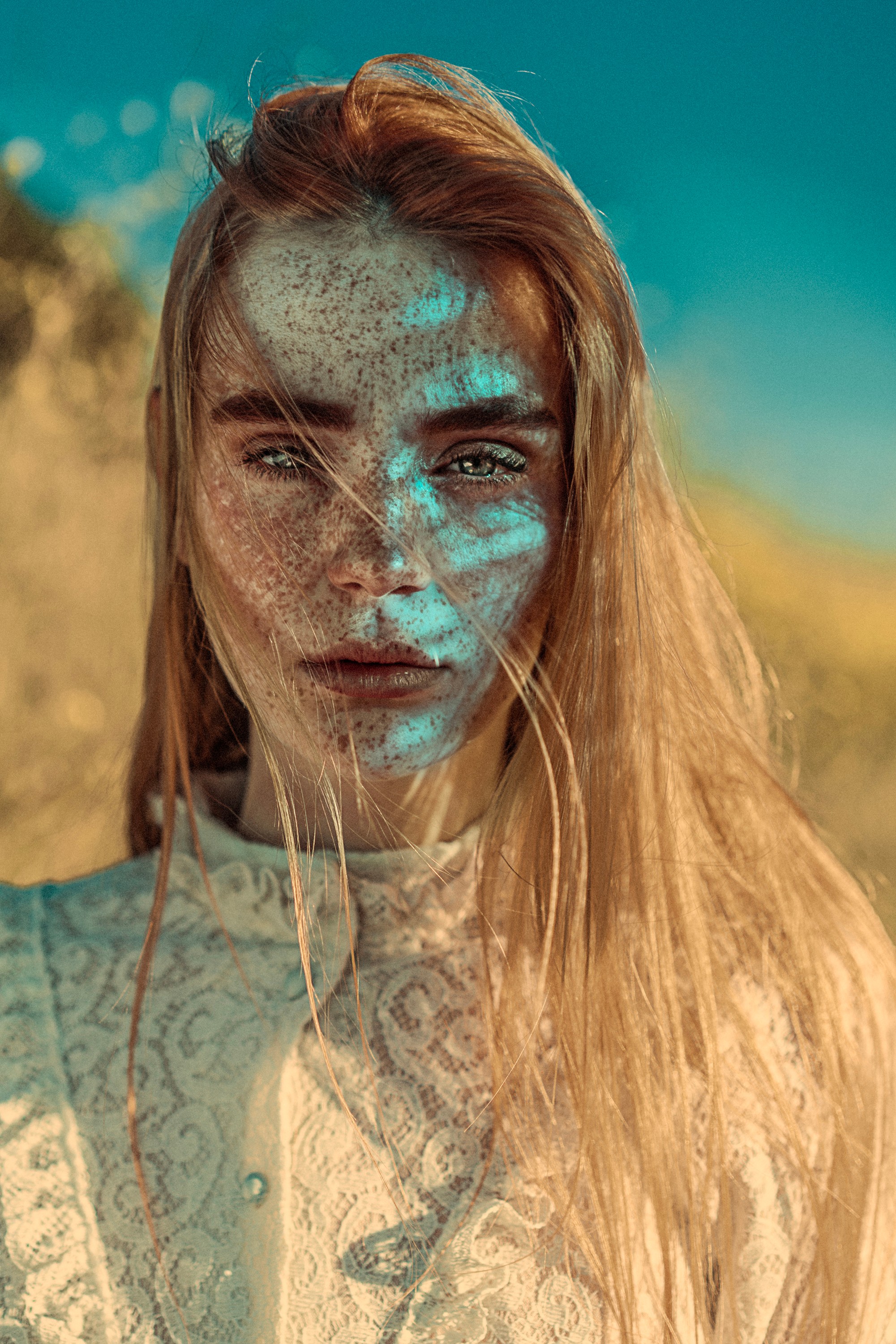 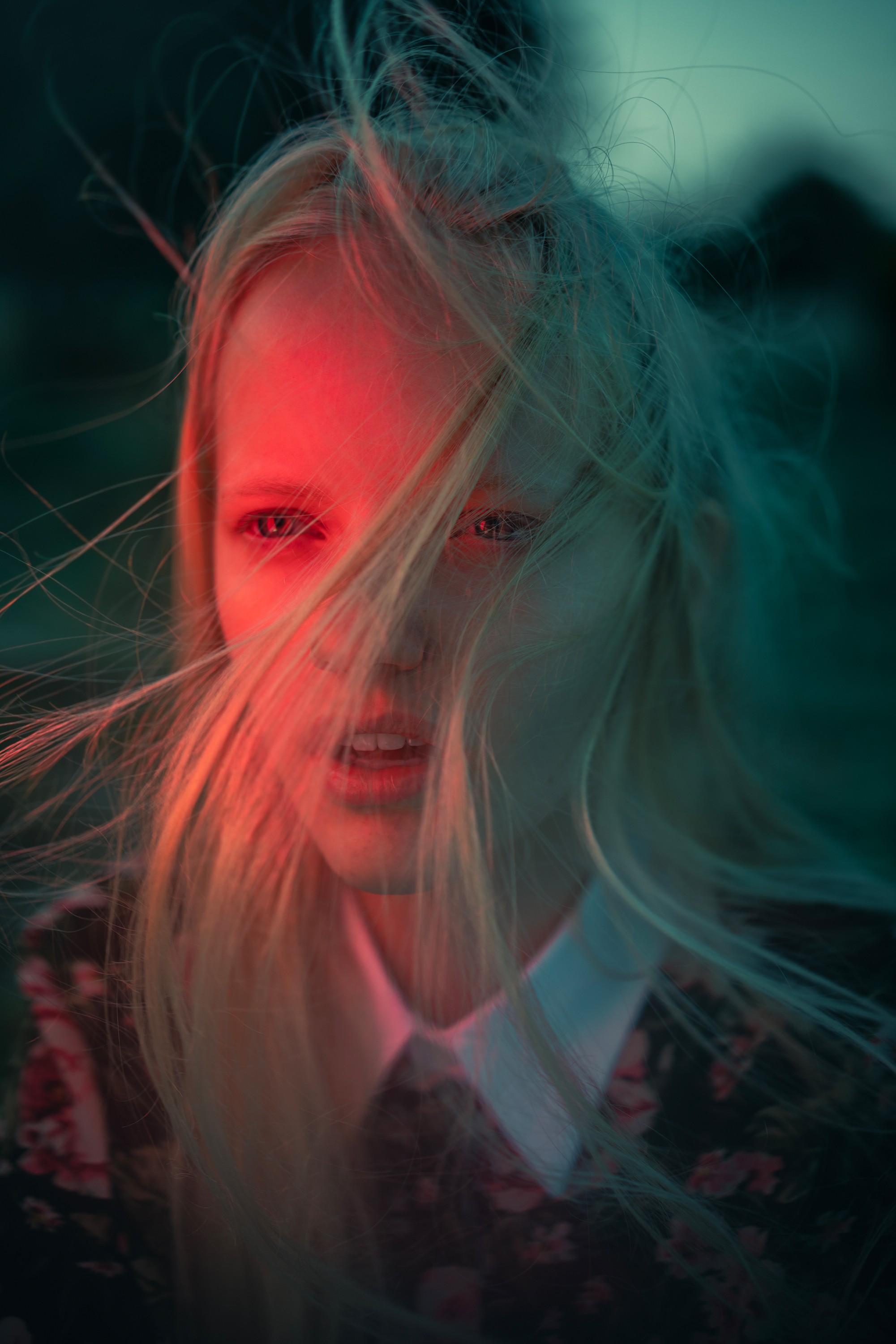 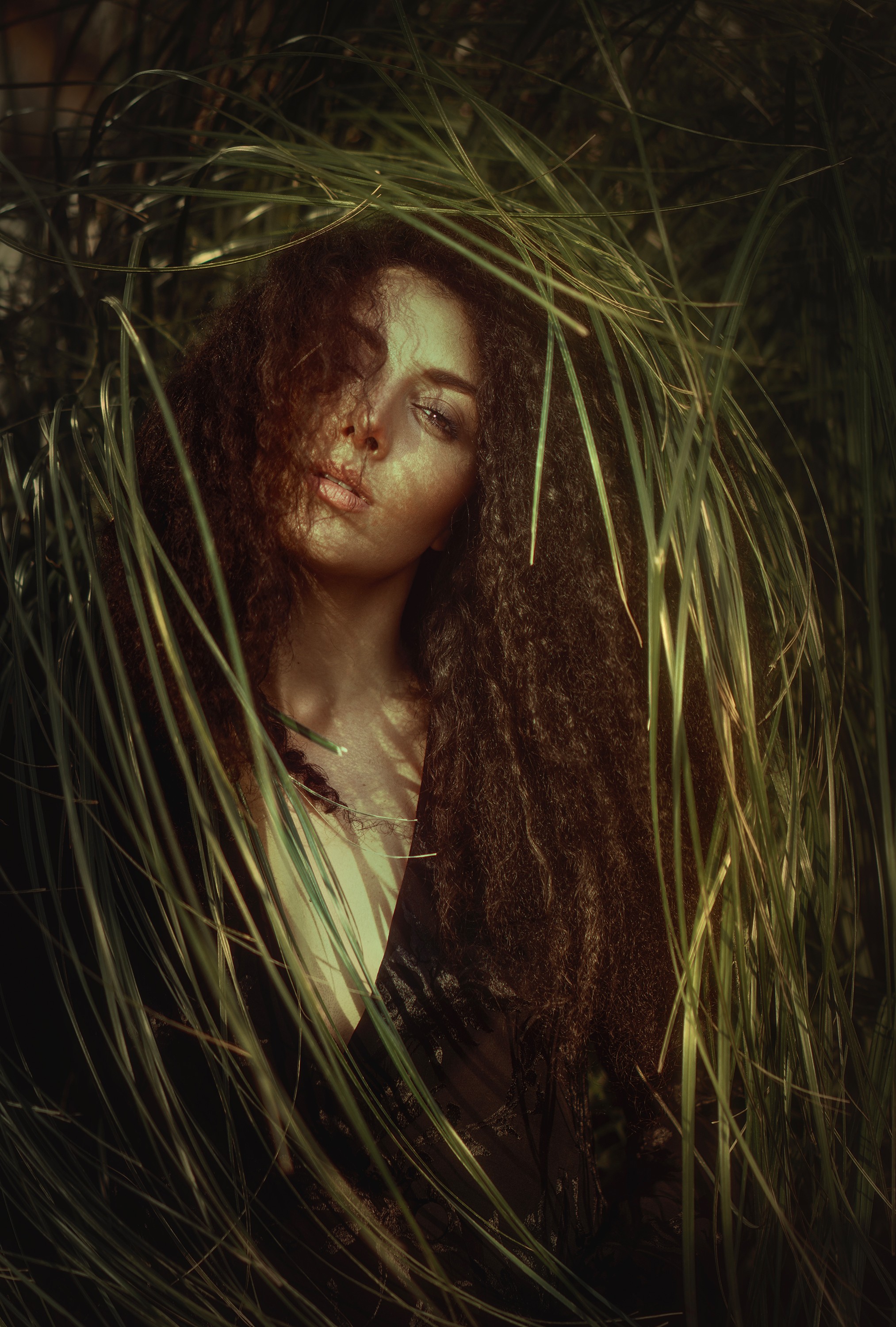 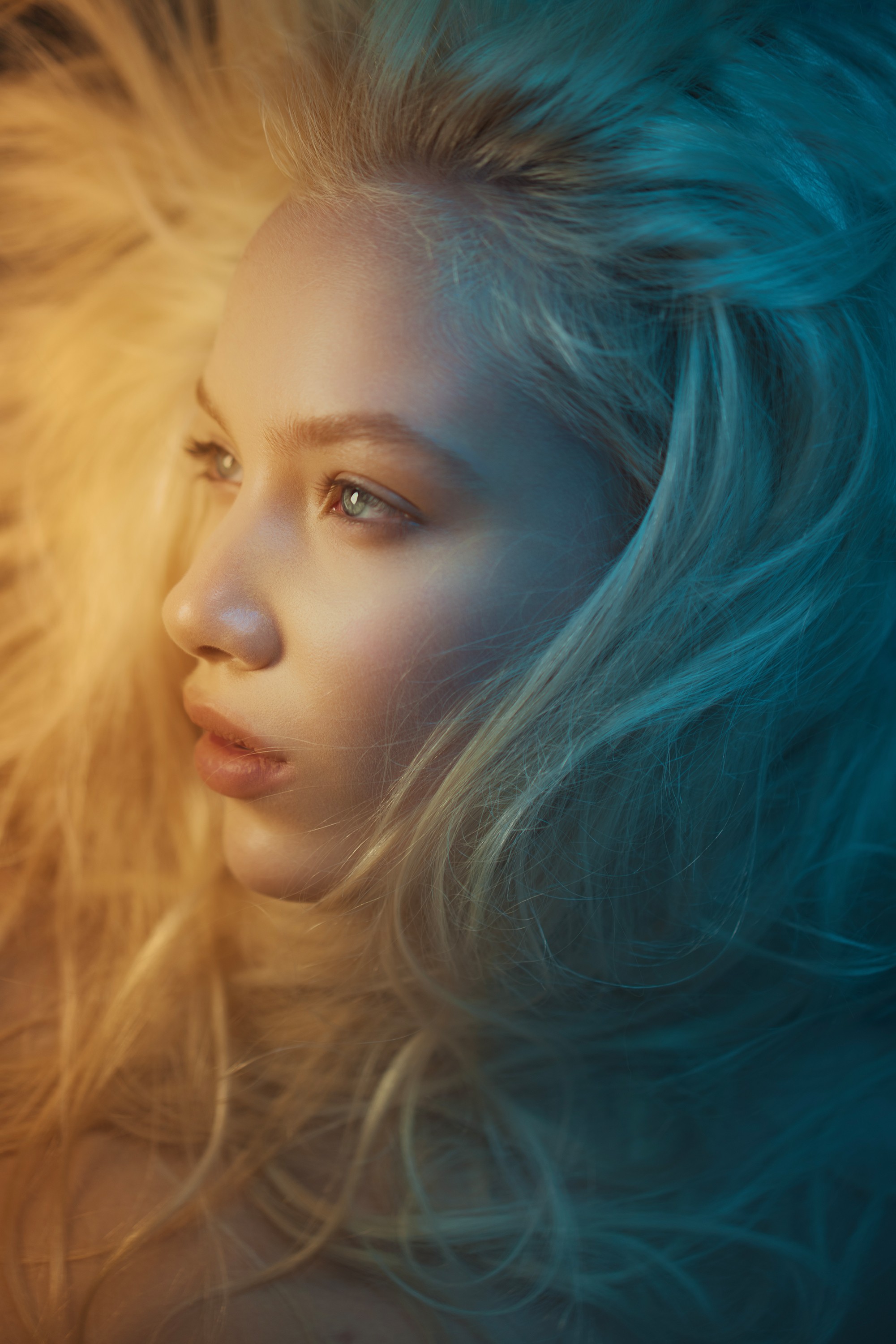 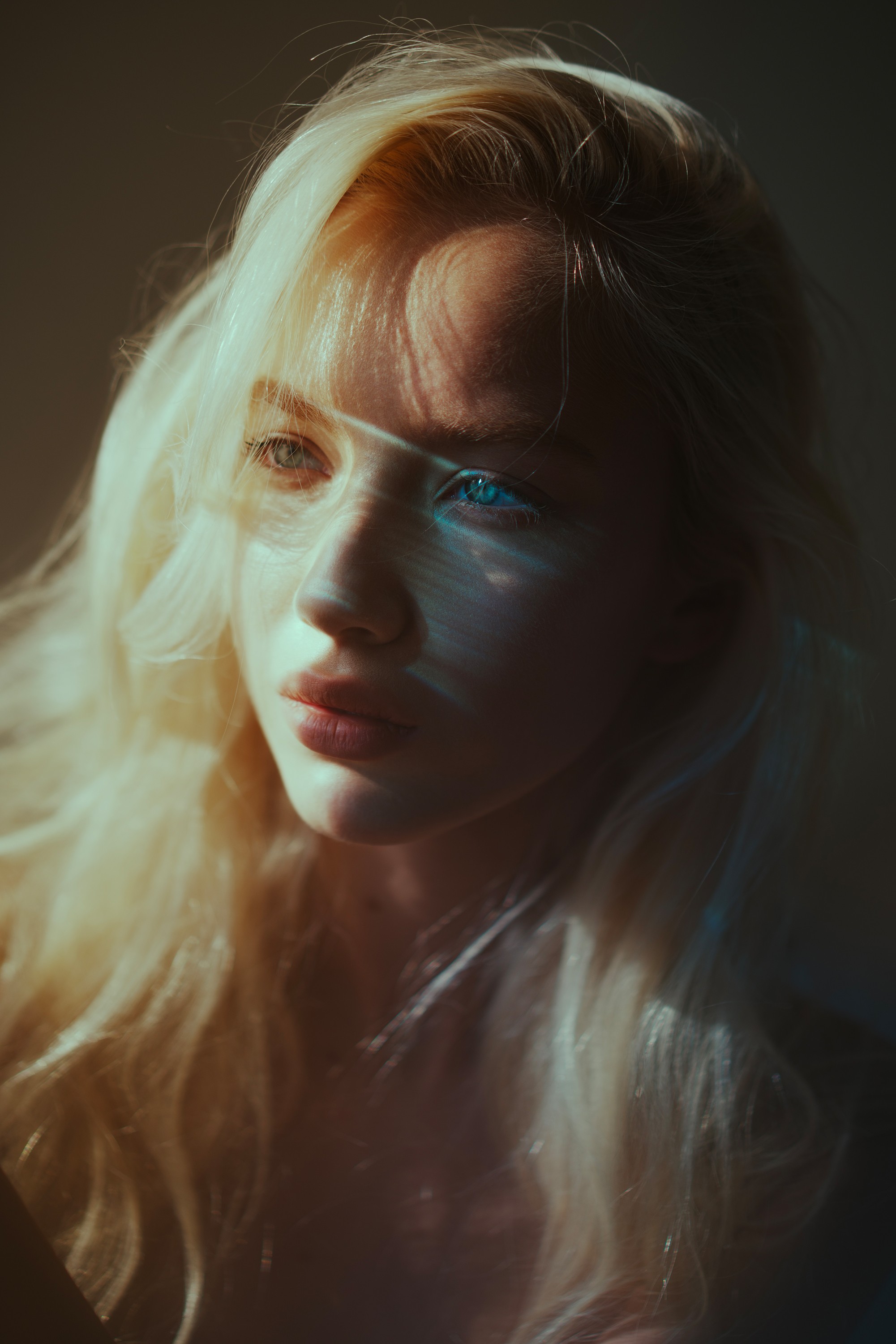 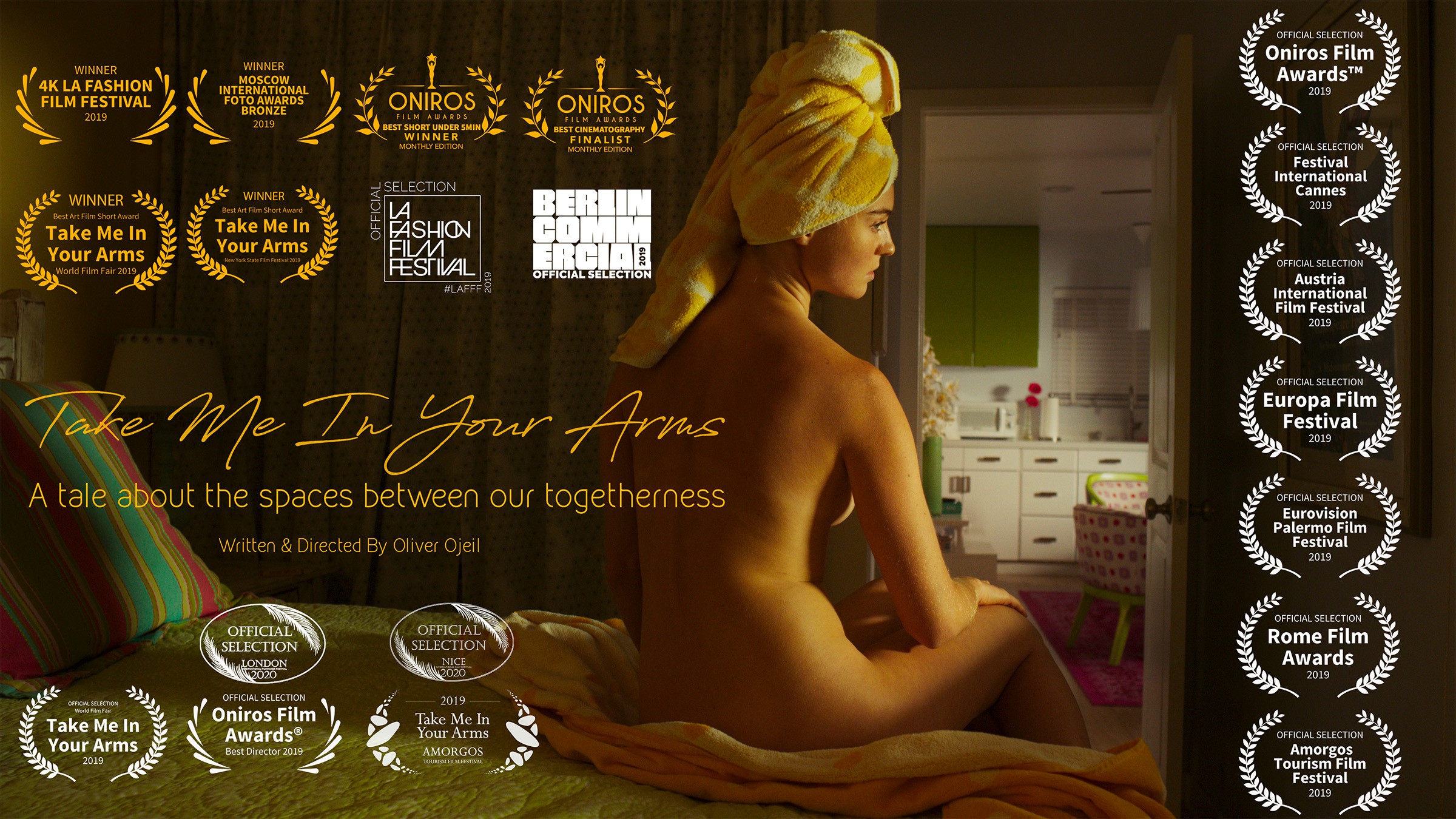