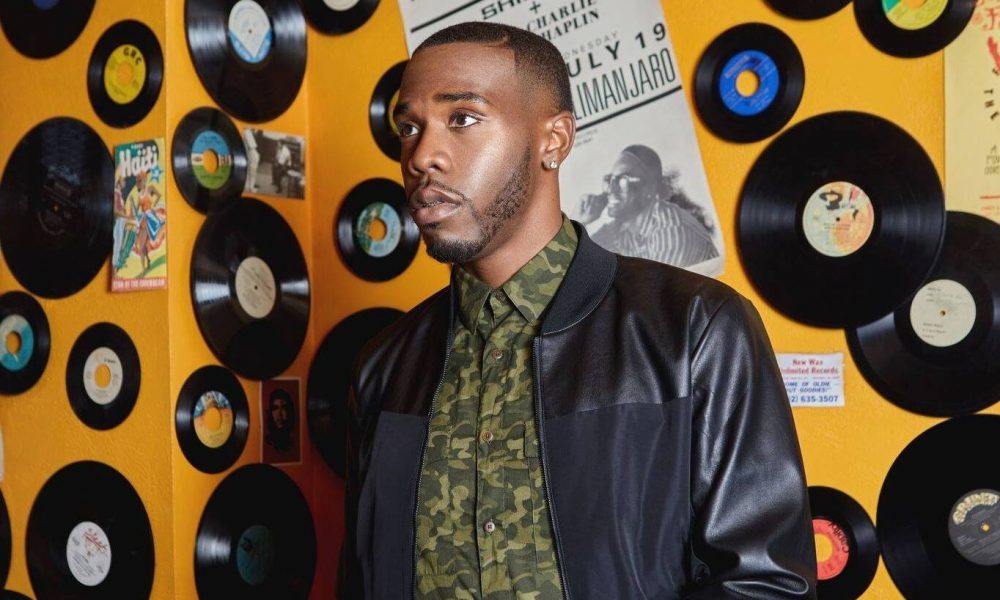 Today we’d like to introduce you to Nye Davidson.

Hi Nye, thanks for sharing your story with us. To start, maybe you can tell our readers some of your backstory.
I was born in Milwaukee, WI. Early on, I showed a passion for music and my parents and rest of my family truly nurtured my gifts. I was heavily involved in my church’s music ministry. I was a main soloist at the St Matthew CME Church’s children’s choir and youth choir in Milwaukee. Additionally, I was very active in my school’s music outlets at Believer’s In Christ Christian Academy. I always loved to sing and enjoyed music. As a kid, I would make all my friends be a part of a “group” and sit with me to create and write songs. I remember the first song I ever wrote was called “Deep Down” at the age of 8. I was infatuated with creating and making music. When my mom bought me my first dual tape deck karaoke machine, I started learning how to dub my voice, create harmonies and structure songs. I would use the dual tape deck to record myself, sing with myself and compose song. The album that I used greatly to nurture my skills and mimic its composition was TLC’s CrazySexyCool album. That album was the foundation of my musical creativity. Also, as a kid, my dad was a musician as well and a songwriter. He would sit me down to show and teach me the songs he’d wrote during his years, but he never got the chance to perform or pursue that world further because of his children and family obligations but the things he taught me about the music industry and music always stuck with me. When I was in middle school, my dad would book out studio time for me and allow me to create music with my keyboard and get that experience of being a musician.

Throughout high school, I was known as the “boy that can sing” = I would sing in talent shows, Black History Programs and any other chances I would get. Once I graduated high school, I moved to Tallahassee where I attended Florida A&M University. While in school, I continued with my desire for music. I performed in Homecoming Talent Shows and collaborated with many producers in the area and started to pen more original songs with the hopes of further pursuing a solo artist career.

I would travel to Atlanta and go to artist development camp at Marvelous Entertainment where I received vocal coaching, choreography skills and performance consultation. Additionally, I had the opportunity to perform on BET’s Wild Out Wednesday as an artist and compete in a NYC-based BET talent competition. Throughout that time, I didn’t enjoy being an artist. I only enjoyed the creation of the music but not the “artist” side and the work that went into it.

I then graduated college and still created music but began working a corporate job from 9-to-5 in Milwaukee. At that point, I lightly create music on the side and post It on MySpace, Reverbnation but my passion for music stopped. A friend of mine suggested I submit one of my songs to the Billboard Songwriting Contest. I didn’t see myself pursuing the songwriting space but I reluctantly submitted an electro urban pop song I wrote titled “Epidemic” and I won the contest from then on, I knew songwriting was my passion…and I truly enjoyed creating music.

Alright, so let’s dig a little deeper into the story – has it been an easy path overall and if not, what were the challenges you’ve had to overcome?
No, the road has not been smooth and it’s still not. As with any industry, it’s about relationships and nepotism. I spent a lot of years building my network and creating opportunities for myself. I was in a meeting with a former Interscope VP’s office in Atlanta back in 2017 where I played music for him and he told me that I wasn’t good enough and I should rethink my calling. I was crushed and quit writing totally. But I knew that wasn’t true and kept pushing. At that time relocated to Washington DC and was still working in the corporate world to support my passions financially. I would travel back and forth to LA and ATL for writing sessions and stuff. I eventually relocated to LA to do songwriting full-time. My network came in handy and truly helped me get my foot in the door as a songwriter. A&Rs at labels won’t respond to your calls and emails, producers would not want to work with me because I wasn’t “poppin” but as soon as they catch wind of what you are doing then they hop on the bandwagon. Those are things I’ve experienced. I appreciate those genuine people I’ve met in the music industry that saw me for me and what I could bring to the table.

There some times where I am having an amazing week of working with amazing artists, doors are opening and things are coming together but then you have those moments where you feel shut out and defeated. But everything has a purpose. There are many times I wanted to quit and felt like nothing was working but I had to keep pushing. The entertainment industry as a whole isn’t for the weak. It’s a dog-eat-dog industry and you have to keep pushing, keep perfecting your craft and keep grinding.

Thanks – so what else should our readers know about your work and what you’re currently focused on?
I am a songwriter. I write urban/R&B, pop and gospel. I am known for my songwriting. I’ve written music for the Suite Life of Zack and Cody, several movie/tv show syncs, Tamar Braxton, Traci Braxton, K-CI Haley, Inayah, GoGo Morrow and Def Jam artist St. Bodhi. There are a lot more things brewing that I am excited to be coming very soon. I’ve worked with countless producers like Harmony Samuels, Brian Kennedy, DA Dorman (aka DA Got That Dope), Chizzy, Troy Taylor, Chris N Teeb and many more. I am most proud of being a part of Tamar Braxton’s next phase in her career. I can’t speak too much on it but I am just honored to be a part of the creation of the some of the best music she’s created. I am so blessed and excited to be a part of what’s next. She’s an artist I most wanted to work with the past few years. Another accomplishment is having the chance to work with new artists and YouTube sensation Inayah. We created an amazing record together that I hope makes her new album. She’s been someone on my radar that I wanted to work with so when Harmony called me to join the writing session, I hopped on It. She’s an amazingly talented artist and I was truly honored to share a creative space with her.

What makes me special as a writer is that I’m extremely conversational. I have the ability to capture true feelings and emotions of real-life situations.

We’d love to hear about any fond memories you have from when you were growing up?
Ever since I could remember – at least since ’94, I would watch the Grammys and always knew that one day I would be there to win an award. It’s still my biggest and wildest yet attainable dream. I would make my family sit and watch it with me and smile just at knowing I will be there one day. I won’t stop until that happens. 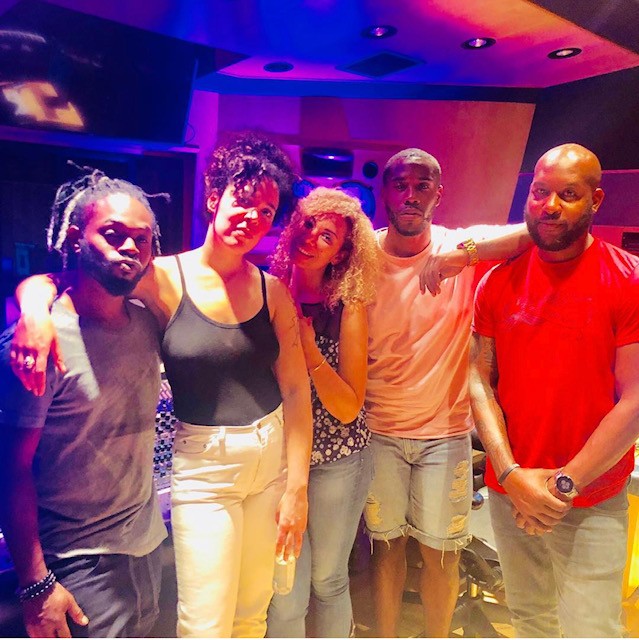 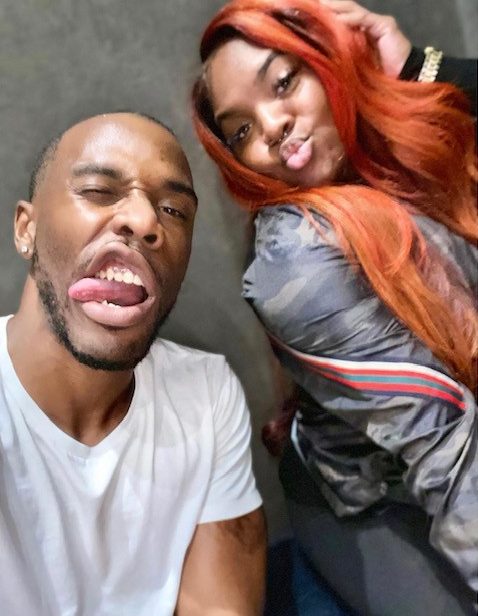 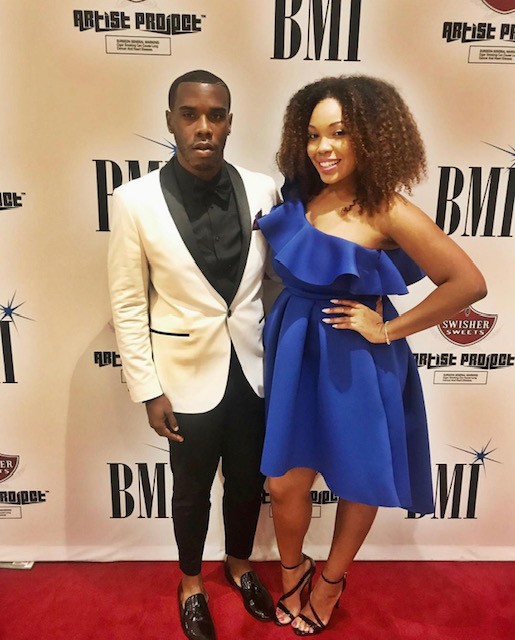 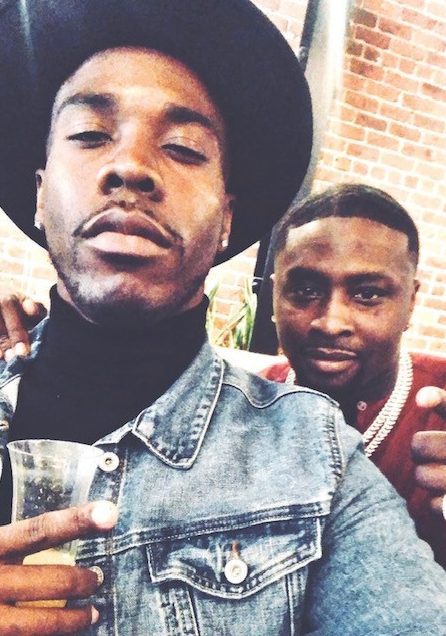 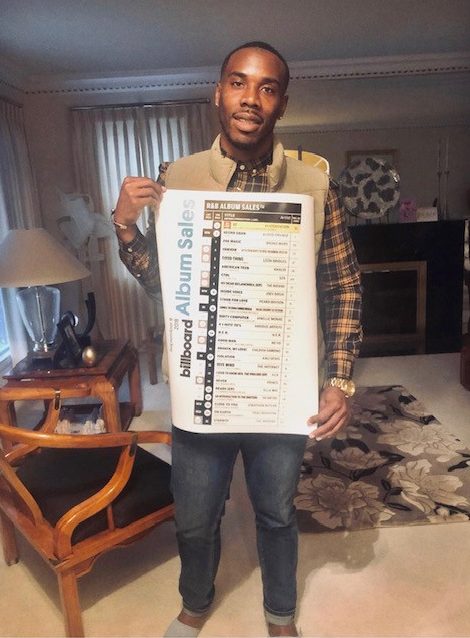 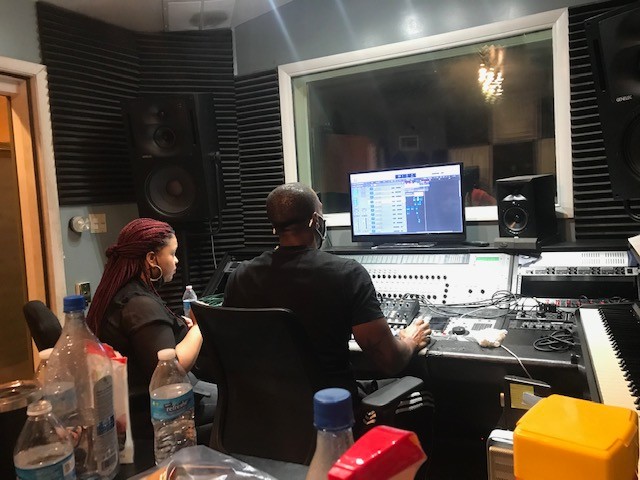 Image Credits
Inayah + Myself at studio Studio session with Brian Kennedy and other writers Nye + mentor Harmony Samuels Holding a print of my first Billboard Chart entry as a writer on a project in 2019. In the studio working with Grammy-Award winning songwriter, and friend Anesha Birchett