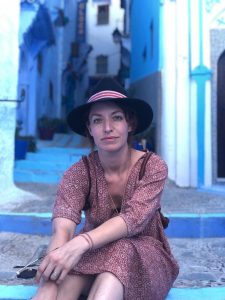 Today we’d like to introduce you to Margaret Robbs.

Hi Margaret, please kick things off for us with an introduction to yourself and your story.
For as long as I can remember, playing dress up has been… well, it’s been everything to me. When I was a kid, my siblings and I had this amazing costume trunk – we had inherited a collection of recital costumes from a dance studio in town and I spent hours imagining characters, writing their stories in my head, and using what I had in that magical trunk to bring my little stories to life. My parents got a video camera when I was in elementary school – you know the ones with the little tiny tapes that fit into the bigger VHS tapes – and I made dozens of films – written, directed, and starring myself (and my siblings)… I still have them. Fast forward to just after graduating high school, I went to a university that wasn’t right for me. After a year there, I knew that I needed a change. A friend suggested a design program at NC School of the Arts – (a school I hadn’t considered because it was in my hometown). I had no idea that costume design was a career path, but I liked to sew and draw and making a living playing dress up sounded appealing. Turns out it was a great fit (no pun intended.) I got a thorough education in all aspects of costume design.

The program was geared for theater, but a there was a film school on campus and I was allowed to use two film projects for my senior thesis. One was a rural 1940’s love story and the other a gritty western. I had so much fun ageing and fashioning brothel girls from the school’s collection of corsets and bloomers meant for Victorian plays. It took a few more years for me to find my way into the film world – I spent some time in NYC working on off broadway theater tours, a year teaching costume classes at another NC university… but I wasnt satisfied and on a whim, I reached out to my friend Keith Lewis – a mentor and fellow NCSA alum I had met during in college when he had come to teach a class in costumes for film. He was the costume designer at Tyler Perry Studios – a pretty new operation at the time -He invited me to come and work for him. Without hesitation, I packed up and moved to Atlanta. Working at TPS gave me a chance to learn the basics of film and TV and Keith was a brilliant designer. Atlanta was just starting to get a lot of production thanks to generous tax credits and after a year, I started taking on other projects – first as an ager/dyer for Rob Zombie’s Halloween and then as a truck and set costumer for “The Vampire Diaries”.

I met Costume Designer Wendy Chuck on a film called “the Watch” – she sent me shopping for an upcoming fitting and she was so pleased with what I brought back she asked me to come on as her assistant on her next project. That was the start of a long and beautiful friendship and working relationship that pushed my career to the next level – Once I had a taste of the design team, I knew I had found my place – after a few more projects together she asked me to join her for a job in Australia – but it meant I needed to come to LA for the prep and join the costume designer Guild – I knew that staying in Atlanta would limit the jobs I would be offered so after Australia I decided to pack up my life and relocate to LA – it was a scary decision because work was so steady in Atlanta but it turned out to be the right move. I still worked primarily with Wendy but I expanded my network, learned the ins and outs of costume production, rental houses and had opportunities to travel for jobs I wouldn’t have had in Atlanta. Since making the move in 2014, I have worked in London, Mexico, Toronto, Budapest, Prague, Hungary, Morroco, Hong Kong and all over us. I have worked on small shows and big-budget, period, sci-fi, superhero and everything in between, I am still trying to make the transition to taking on design jobs of my own but I’ve had extraordinary learning opportunities along the way.

I’m sure you wouldn’t say it’s been obstacle free, but so far would you say the journey have been a fairly smooth road?
It’s definitely been a winding road with plenty of ups and downs – I struggled for years before Keith gave me a way into the industry. I never seemed to be in the right place at the right time – I didn’t know how to get a foot in the door. I am eternally grateful to him for making that possible. I do know that the training and skill set I developed at NCSA put me in a position to meet and exceed expectations and that propelled me forward. I do still struggle with how to move to the next level. I want to take on design jobs of my own but this business is a lot about selling yourself and I have never been great at self-promotion – but I feel like the right opportunity will come around when I’m ready. In the meantime, I continue to work with seasoned talented designers and absorb as much as I can from every job. The travel is also a blessing and a curse – on the one hand, I’ve seen some truly amazing places – filmed sunrise on the top of a pyramid in Mexico, spent a week watching midnight sunsets on a boat in the fjords in Norway – and unlike a vacation, I get to immerse myself in all these places for months BUT it makes it difficult to maintain relationships or ever really feel a sense of home – life on the road can be very lonely but also full of adventure and discovery. I keep an apartment in LA but I rarely see it – it mostly for my cat (she’s not fond of the travel) And this job requires a LOT of energy – hours can be long, plans can change at a moments notice – it can be exhausting – but I love it and I can’t imagine doing anything else.

Can you tell our readers more about what you do and what you think sets you apart from others?
I have worked primarily as an ACD (assistant costume designer). One of the things I love most about my job is I never have the same day twice. Every job is different and every designer has a different set of needs and expectations. Sometimes I’m shopping and pulling for principal characters and helping create their looks – sometimes I’m managing the builds and seeing the costumes through all the various stages from the fitting to the camera – sometimes I’m jumping into background or stunts – handling the elements the Costume designer doesn’t have the time to manage while maintaining their vision. I do think that I am very good at jumping into challenging or foreign environments and finding the resources to get our job done right -I’m a very good explorer and I will comb a foreign city where I don’t speak the language to find the resources we take for granted in LA. I spent hours combing chaotic flea markets in Morocco to find enough military castoffs to dress 100’s of Taliban backgrounds. I’ve had a very last minute tuxedo made overnight in Hong Kong.

I found ways around MAJOR customs roadblocks in Hungary to get a pant (in multiples of 10) requested by an actor two days before he worked. I’ve jumped in to paint multiple bloody tee shirts for pivotal scenes (twice!). I found a basement full of unused 1980’s suits in London when we couldn’t find them in the rental house. Funny – as shy as I am about promoting myself, I am such a bold explorer when I’m tasked with finding anything in a foreign land. I have a lot of favorite jobs for different reasons but if I had to pick a top three, I’d say “the Romanoffs” for Amazon – we filmed every episode in a different country and got to play in multiple periods, “Nebraska” which we filmed with a tiny crew in the middle of nowhere and was so immersive and hands on, and “Bladerunner 2049” because, Bladerunner. I just finished “Spiderman: No way home” back in Atlanta and I was in charge of the background world – I had my own team and the designer (Sanja Hays) allowed me and trusted me to design that world – we pre-fit every single person and we had so much fun creating 100’s of unique characters. Thanks to my education I have a broad skill set – I can sew and tailor and distress and dye – I have a good knowledge of costume history that I broaden with every period project I’ve taken on.

So, before we go, how can our readers or others connect or collaborate with you? How can they support you?
Reach out! All my contact info is here – I generally do union projects but I would welcome any director looking for a resourceful, eager and seasoned to designer to collaborate on indie project. 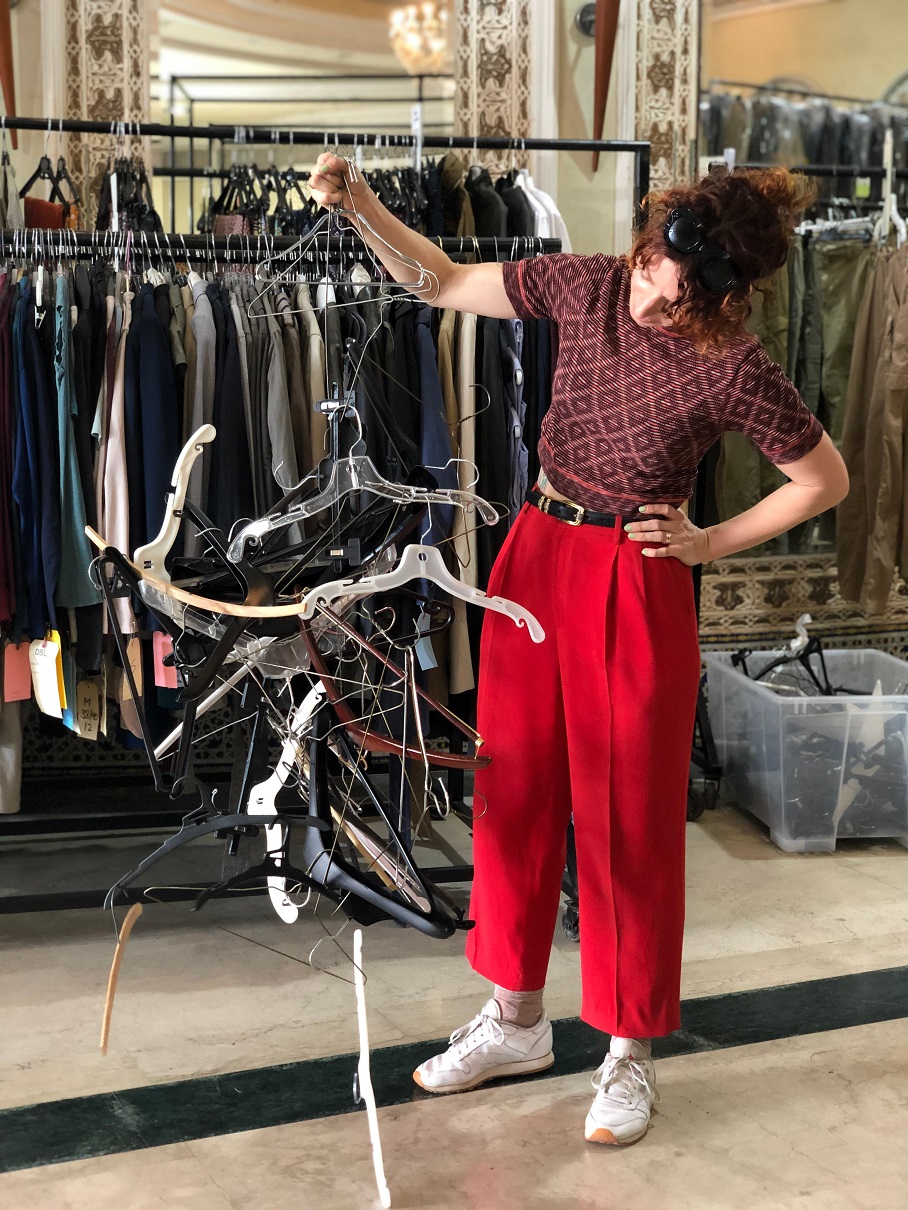 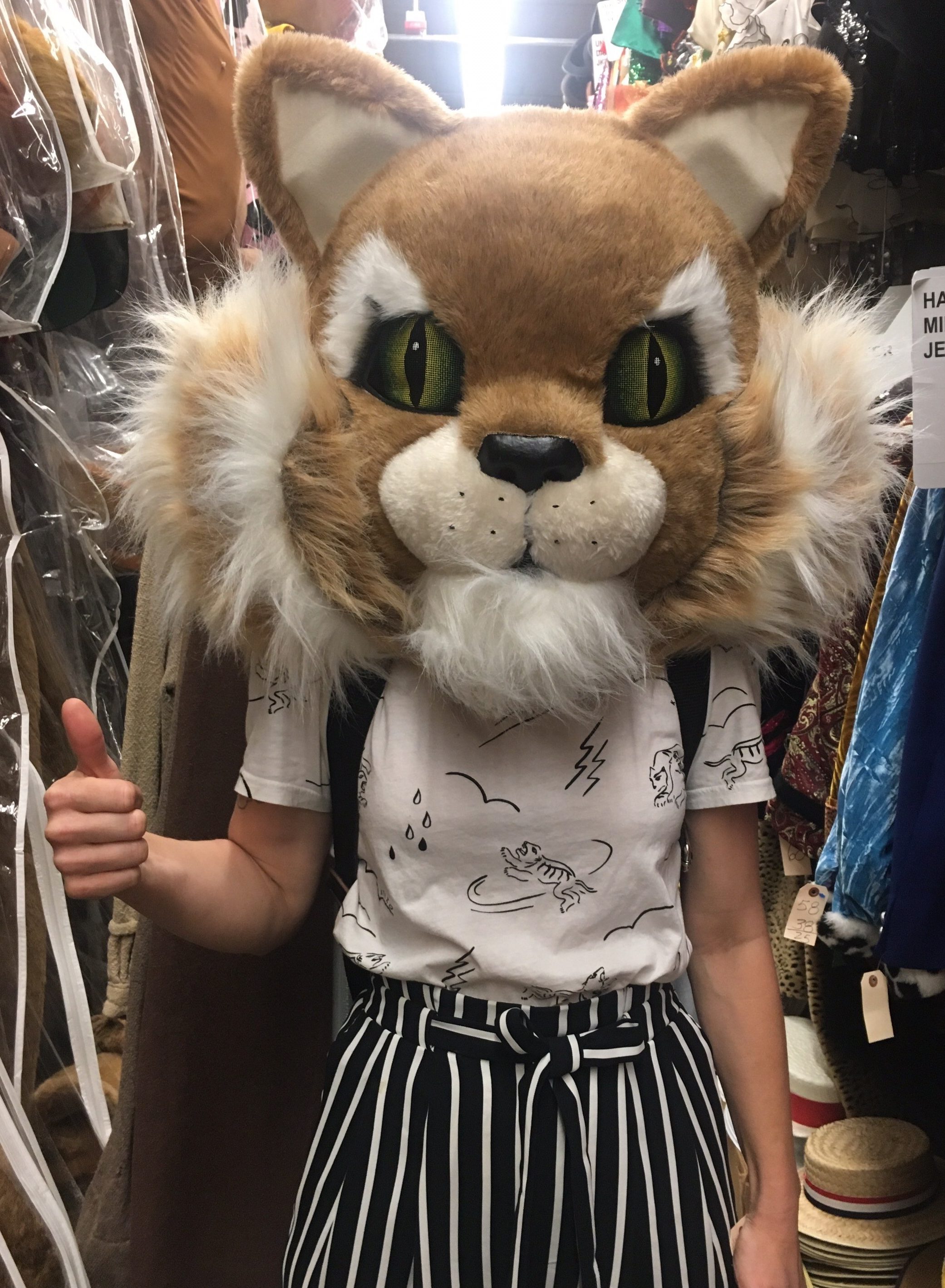 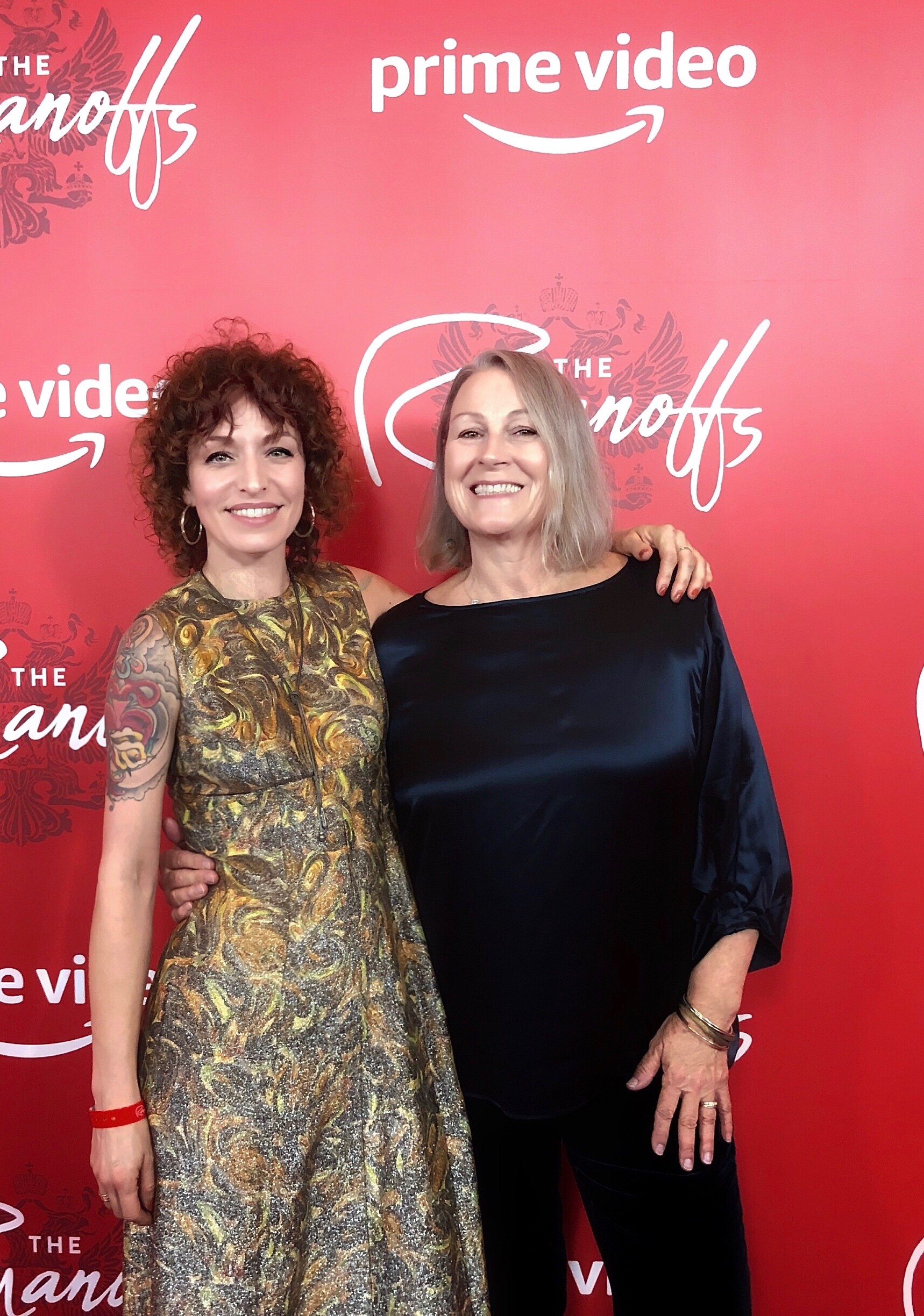 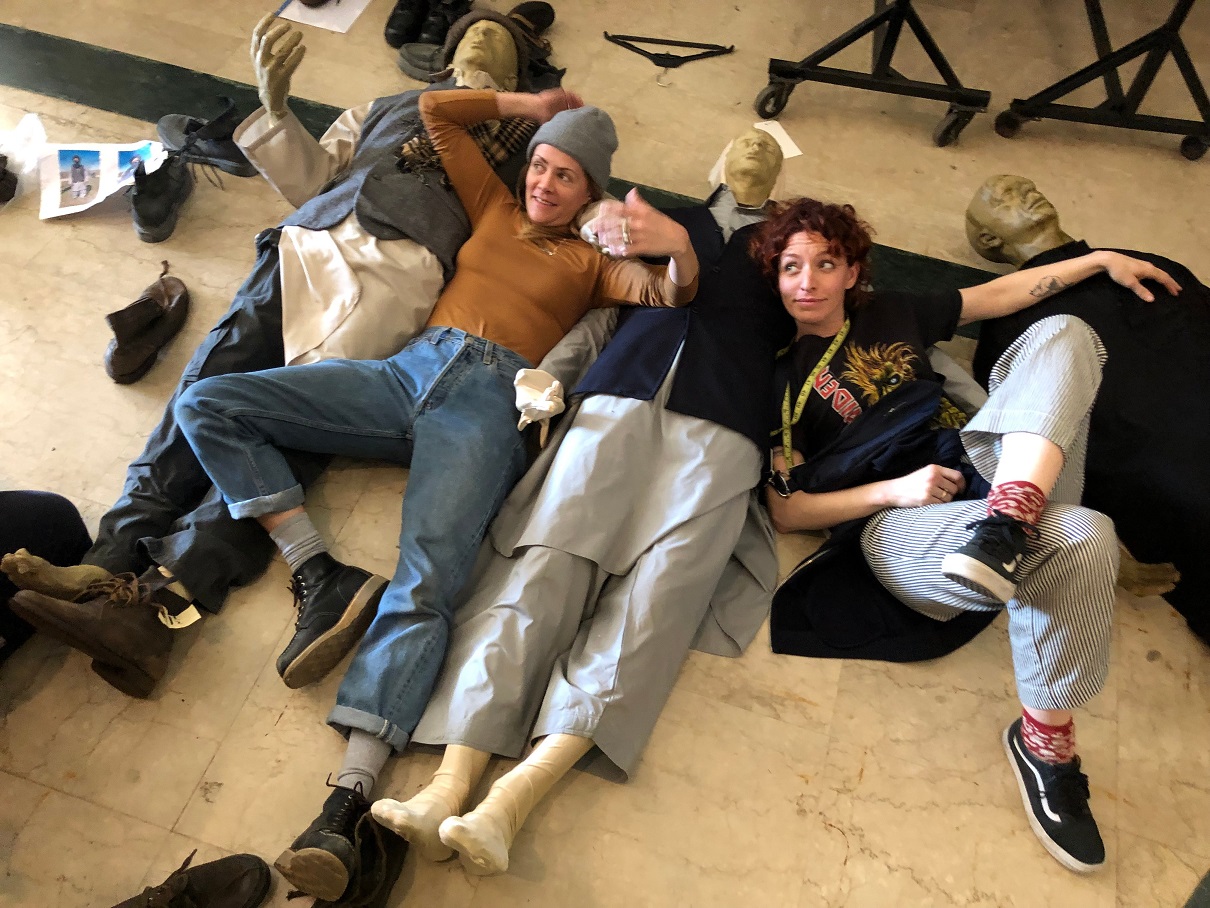 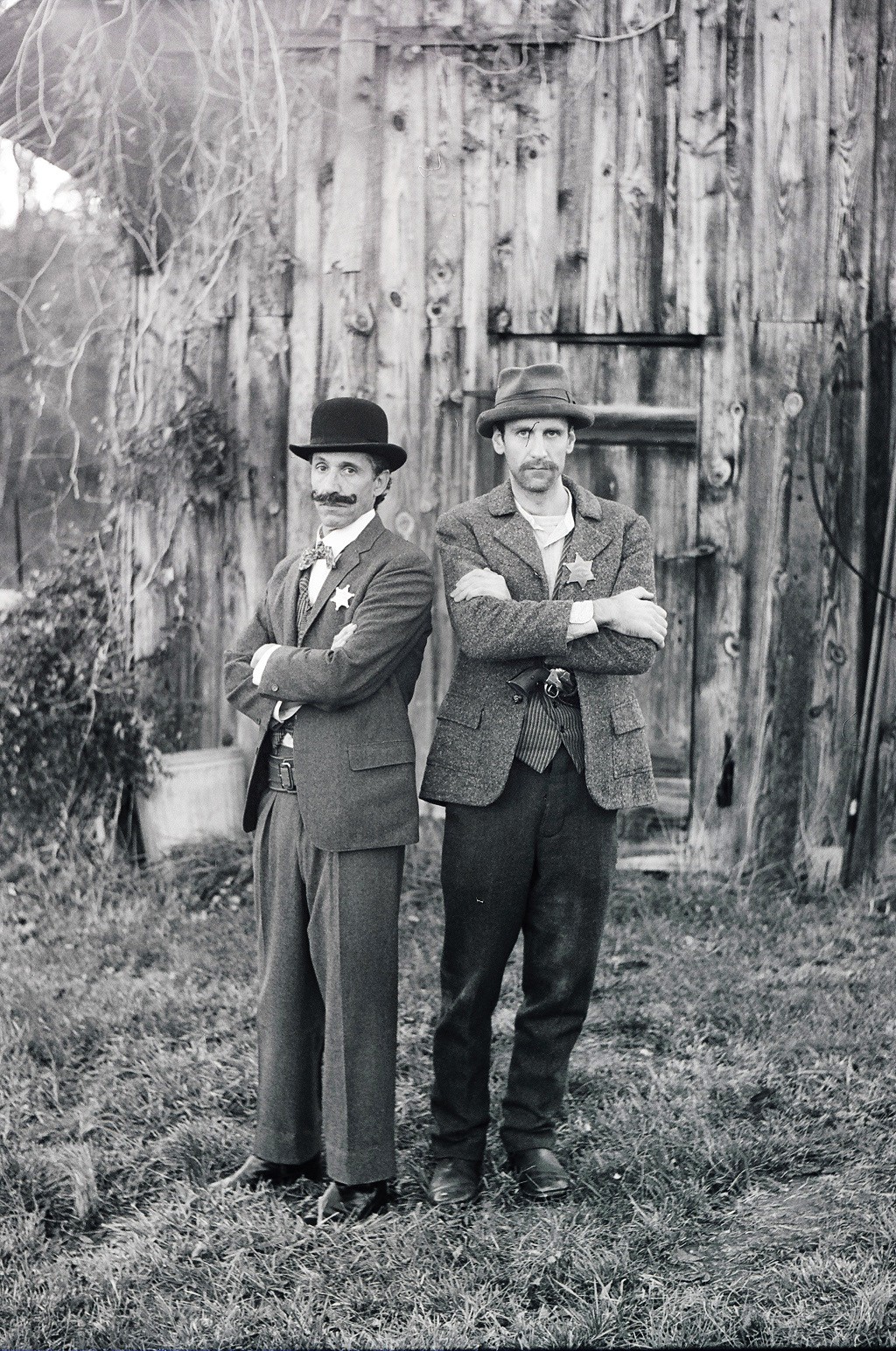