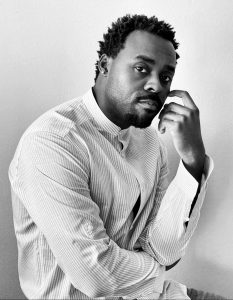 Today we’d like to introduce you to Maddox Sullivan.

Hi Maddox, thanks for joining us today. We’d love for you to start by introducing yourself.
I moved to LA in 2012 and never had a thought to be in the film industry. I moved to LA to help with at risk and underrepresented students in LAUSD and to try to relive a once “promising” track and field. The education was brief; I found myself setting expectations for an organization that seemed impossible for them at the time to fill, the organization I worked for had other interests that wasn’t serving the specific population adequately.

So I left, changed careers; began coaching my assistant coaching at Cal-Tech. During this time, I felt I could also focus on my own endeavors with the attempt to be a professional track and field athlete. This journey was tough to say the least. I’m juggling bills, training, work, just really being an adult at age 22 living in LA exposed to so many things and finding myself keeping up with the Jones’s At the start of 2013, I happened to find myself at a bar talking to someone who claimed to be in the industry. They were making me feel all cool Inside saying I have this look, my personality is dope, then asked if I ever thought about being on TV? Long story short, I said no. Along the way from 2013 to 2016, I’d work, train and then weekends, I would help out some friends I knew with being a PA on film sets, ranging for independent films to commercials, etc. Every now and then I’d fill in for some people to act briefly in a scene or be a stand-in and so forth but never anything serious.

Just before the spring of 2016, someone I can consider a good friend/family introduced me to someone they knew had their own casting company. They liked my vibe at the time, said they would reach out and keep in touch. Typical jargon I would hear, not just in the film industry but in my professional working career in general. Sometime in May of 2016, those contacts actually reached out for what I considered my first major audition for a reality show on TVOne called The Game of Dating. I eventually got the role as myself, we did all types of shooting, I met dope executives and producers. It was just a great vibe being in that atmosphere from start to finish and the camera was focused on me and not me having to be behind the scenes hoping to one day be in this moment. Leaving set, I said to myself ‘I never want to work another real job again.’ This is the moment where I said to myself I wanted to be an actor.

Still training, Olympic trials is still coming up and I blew it. My entire career for running track was always riddled with injuries. My mind would tell me everyday that I can do this but my body had enough and didn’t listen and in late May of 2016, my running career was over, dream given up and no real clue on what to do next. This was my stagnant period. Fast forward January 2017, just after New Years, The Game of Dating TV series aired and my episode premiered first. Seeing myself on tv for the first time as an adult, not in the sports realm, I’m on national and I’m living in Los Angeles at the same time! People were tweeting providing there on commentary about the show. That show was trending on Twitter for a few hours that night. Surreal moment for me. Then, reality set in quick. How I was portrayed in the episode versus how we filmed it many months ago. Gave me a bad taste about that industry. This may have been funny to some folks, but for me I didn’t laugh hard after re-assessing what happened and I was told quickly that what I saw is actually a normal thing for this industry.

Eventually, I shook off my feelings and began real progress to navigate on how to be a working actor in Hollywood. In 2017, I signed with my first commercial agent. But wasn’t getting much love in that field. Audition after audition after audition for commercials and still nothing. Now, theatrically I had a little more success. Many indie films but hey, I was working. My first film was called Frank Blue (shoutout to R4LFlimz on giving me my first opportunity). When it comes to the people That have a profound impact in my life, I have to reference my acting coach- who says all the time it takes a community to allow individuals to shine, Family – who were my first critics. Giving me my first taste of realism, idealism and showed me the ways to be and remain humble. All of my track coaches who had one main message- hard work doesn’t pay you with luck, hard work pays you back by keeping you focused and staying on the right path. 2020 was a good one for me was blessed to be in a few projects. Still in post-production given the fact Covid slowed down somethings. Here in 2021, I’m looking forward to really strapping up and taking this journey by the horns which with prayer, meditation and hard work, you will see more of my face this year!

Alright, so let’s dig a little deeper into the story – has it been an easy path overall and if not, what were the challenges you’ve had to overcome?
This road of choice by far is the most difficult. When I look at the different transitions I’ve made in my life, joining the film industry seems to be the most challenging. I’m literally going down a road that many will attempt to travel but most will find a point where they will have to get off and change course. I pray daily that I have a pit stop crew along the way to keep me on this road without having to turn back around. Some challenges I have is making the right connections. I’ve noticed being here, not every person I encounter will be good for me. Internal insecurities- am I too old? Is starting a film career at this point the right risk? Why does it seem like I’m not good enough? Etc Sacrificing- the vision I had for my life prior to getting in this industry to now.

Like, I could get me a normal job and make 100k a year. Nothing I do is normal, I myself am not normal. Going through life’s motions and not content with lackluster is normal for me. So I have to sacrifice the life of having a family, missing out on certain pleasures and activities because I know I’ll have plenty of time for that once I reach a sustained place of bliss. Don’t get me wrong, I’m happy to embark this journey but I’m not gonna be fulfilled until I reach that goal that I’m searching for and that’s a sacrifice in itself.

As you know, we’re big fans of you and your work. For our readers who might not be as familiar what can you tell them about what you do?
I’m an actor and being an actor must come the ability to be well-rounded. Some folks out there can make a great living on doing one thing and that one thing; they do extremely well. That’s great and all, however, I know I have more to offer than just that one thing. I must be able to adapt in this business because what I did great last go around may not be what is needed for the current. I can’t say that I have a most proud moment thus far in my short career… all I can say is, I’m still here grinding it out everyday, getting better, enjoying the process, respecting the craft. What separates me from others is that I know who I am in this business. There’s people that I know personally who don’t have values and just want to be at the finish line without really putting in the work. They will sell themselves and core values to get on tv or in a film. Knowing I have a choice separates me from Others and My ability to adapt to the given circumstances.

So maybe we end on discussing what matters most to you and why?
What matters to me is having our black voices heard on a grand stage. To no longer live in two America’s. To not hurt and cry every time I see people that look like me being innocently murdered for following the law. To not have to say that “if I were white, I’d get away with this or that” What matters is having our simple freedoms and liberties acknowledged just as non-minorities have theirs. What matters is to be able to walk down the street and not be targeted. What matters is having non-people of color taking responsibility and acknowledging that this system is really screwed up and they will take part in assisting making this a better place for all, not just some. These things matter to me because this is basic and should be not be classified as an accommodation, but classified as actions that must be and should be done so we minorities can at minimum feel like we belong.

Now, if we are just talking about what matters to me in film— its to have more representation of minorities, more minority representation in casting rooms, behind the camera, as well as on camera and in front of the camera More minorities given equal opportunities and not just because of a specific movement that’s calling attention for representation. Paying it forward matters to me as well. One thing about me is I never forget how I got to be in this position. And I can never forget that there are so many others trying to break into the first steps/stages of the film industry. I remain a tool to assist in helping the next person navigate this business. 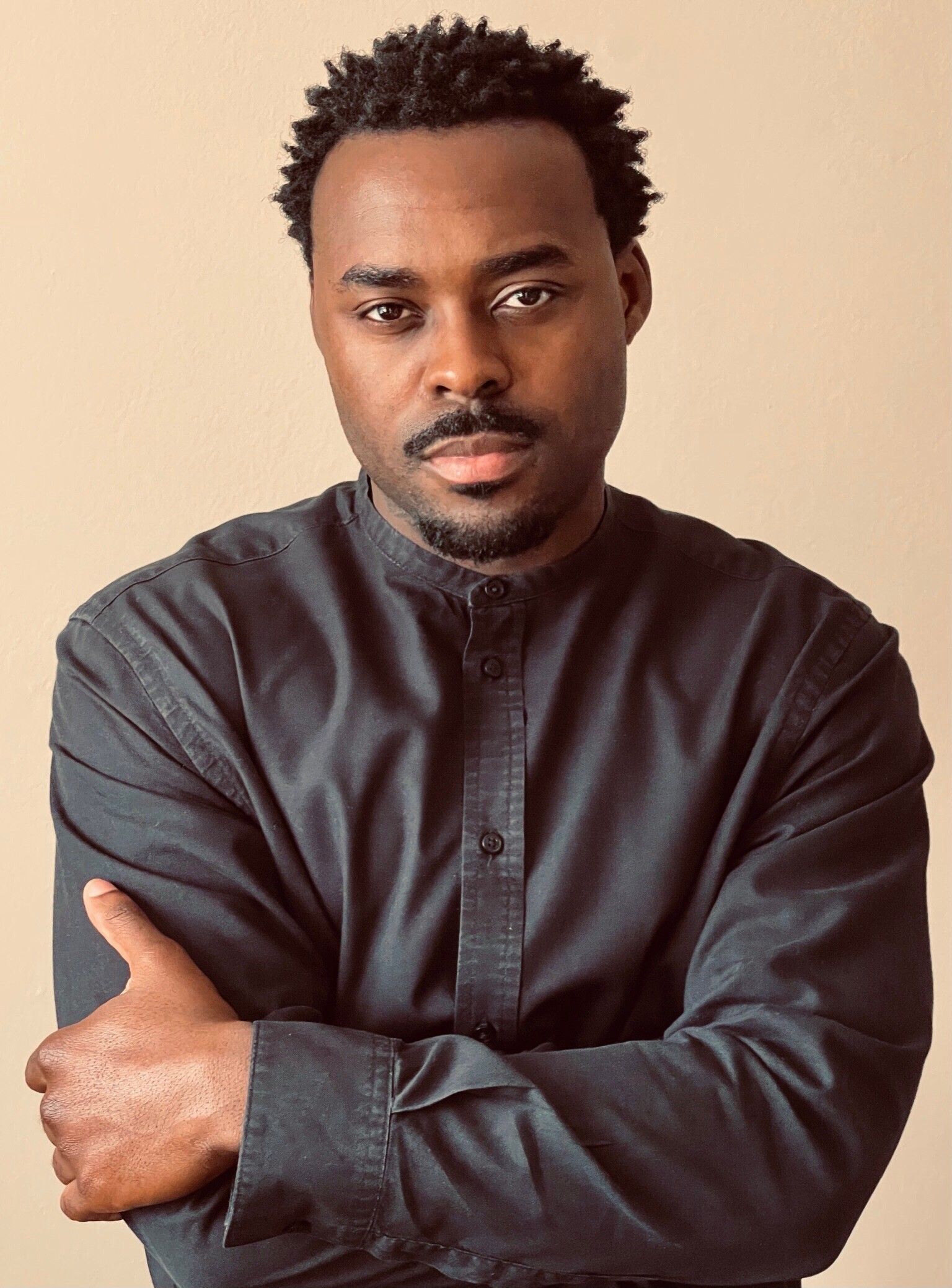 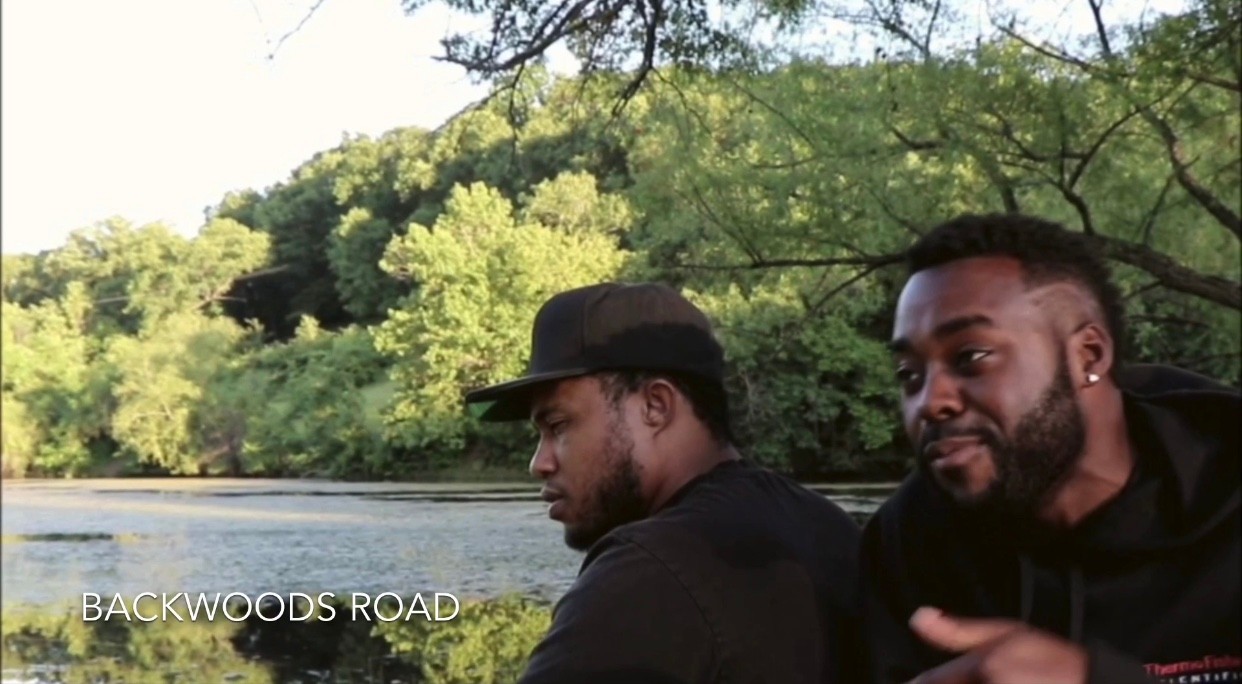 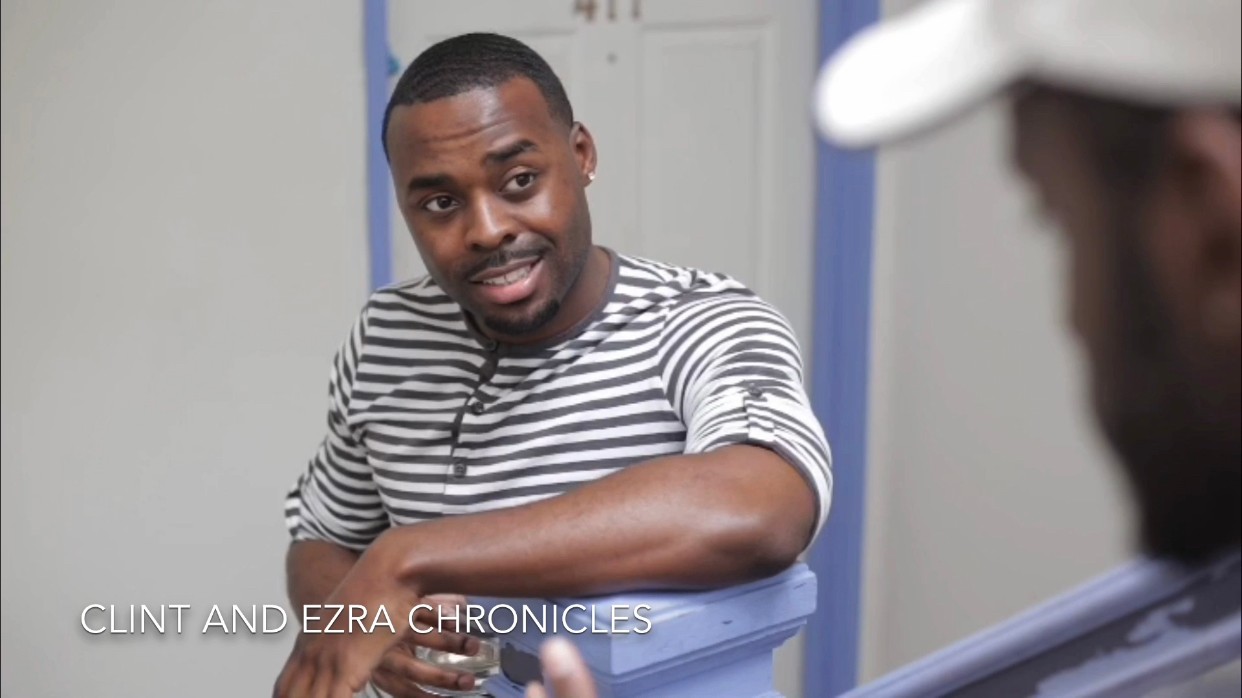 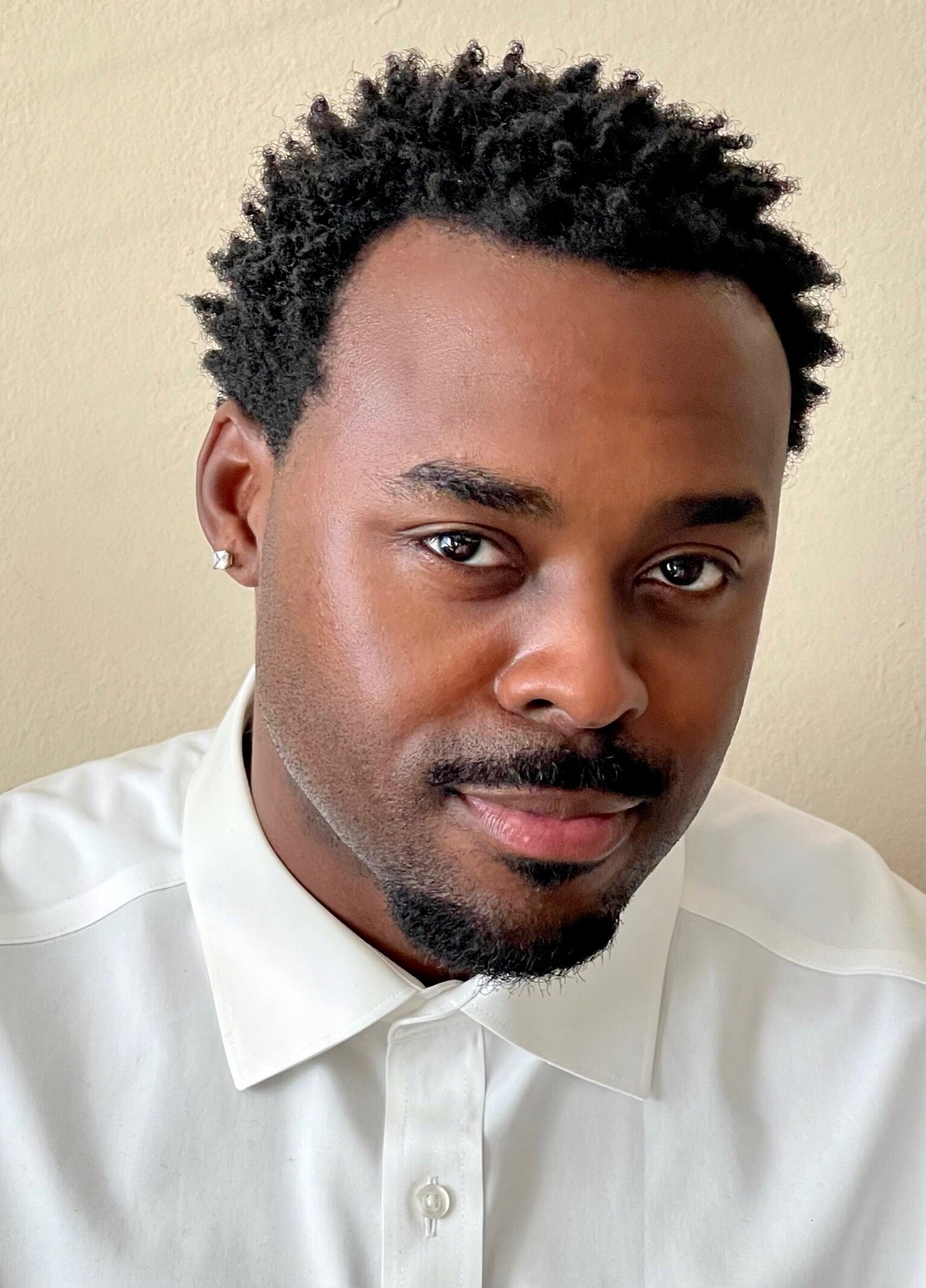