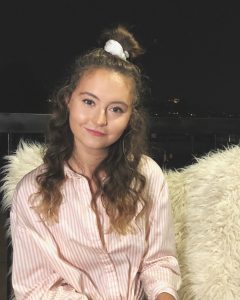 Today we’d like to introduce you to Linn Andersson.

Hi Linn, thanks for joining us today. We’d love for you to start by introducing yourself.
I grew up in a small town in Sweden and for as long as I can remember, I’ve loved anything entertainment. I loved being the center of attention and would always perform any time I could capture an audience. As I got older, though, I realized the work behind the scenes was more appealing to me. My friend, Felix, also from my small town in Sweden, and I would always do these performances together and when we got into our early teens we both grew this interest of the entertainment industry in LA, so we made a deal as 13 years old that when we were done with school and when we were “adults” we would go to LA.

When social media became a thing, I was fascinated about how it all worked and fascinated about how many people you could reach with just a click on your phone. I studied business administration in Sweden and started to gravitate towards marketing and branding and when I was 18, I got a scholarship that took me to LA over the summer for some English classes. After that trip, I just knew that LA and its career possibilities was something I had to go back to. So when the time came and I graduated from school, Felix and I decided that it was time to fulfill the dream that those two little 13 years old had. We started by going to California on vacation two summers in a row, but after the second time we were both set on moving there to try to chase our dreams. I started looking into schools and decided pretty quickly that UCLA was the school I wanted to go to.

So, a year later in 2017, I packed up my things and moved across that little pond also known as the Atlantic Ocean to find my new home in LA. It didn’t take long before I fell in love with it by living as a local rather than just being a tourist. My education was focused on marketing and I tailored all my projects around the entertainment world, which is when I found that my talent was social media within the entertainment industry. I spent the year at UCLA and my last quarter, I really wanted an internship, so I applied for a bunch and ended up getting one at a branding company that worked a lot with product placement and that was something I started to get really interested in. I also got an internship at a newly started event company, Love Loud Events, where I was the one in charge of their social media marketing and I loved doing that. When I was finished with school, I had the opportunity to get on an OPT (Optional Practical Training) visa. I applied for a lot of jobs and got one at a company called Exclusive Artists. I started out as an intern and quickly got promoted to be their Social Media Manager. That’s where my “adult” LA life started and I am still there today!

Can you talk to us a bit about the challenges and lessons you’ve learned along the way. Looking back would you say it’s been easy or smooth in retrospect?
This definitely hasn’t been smooth… Right when I moved to LA, I started running into some bumps in the road. First of all, just finding an apartment as a foreigner was surprisingly difficult. I had no clue that you needed to sign a year long lease, I had never heard of a “credit score”. And then it was time to buy a car which is where I realized that Craigslist isn’t always the most reliable place to shop… Felix and I had so many things go wrong and so much bad luck, but it’s something we can joke about now. Even though there were definitely moments that I felt like giving up, I pushed through and made the best out of every situation. And now in hindsight, I realize this was all my initiation of becoming the LA adult my 13 years old self longed for. It also took a lot of hard work to get to where I am today in my career. Finding a job in the first place was tricky since at that time, I had a visa that was only valid for a year and that was a situation that didn’t work for some companies.

When I got a job, and at a place where I was very appreciated, where my contribution and expertise made a big difference for the company, they wanted me to stay with them long term. That’s when I had to figure out the whole long-term visa thing and that’s been quite the adventure… And now during the pandemic, we all started working from home and it resulted in me going back to Sweden in April 2020 to work from there. When I left LA, I thought I’d be in Sweden for about five weeks. But those weeks turned into months and it’s definitely not been easy but so many people have it so so much worse so I am very thankful that I still have my job and that I am able to be with my family at the same time.

Thanks for sharing that. So, maybe next you can tell us a bit more about your work?
I work as a social media manager at Exclusive Artists. Exclusive Artists is a beauty agency that represents hairstylists, makeup artists, groomers, manicurists, photographers, stylists & set designers. I handle our social media and since this is my field of expertise, our artists reach out to me when they have questions, need advice on social media-related things or need help editing and creating content. I have also had the opportunity to attend shots and events to gather behind the scenes material. I have created and shaped how we work with social media and gone through the full process of getting from an idea to formatting to publishing. I have worked closely with the full team at Exclusive Artists demonstrating and explaining why I do what I do and how it helps us grow as an agency. I love working at EA and I am very happy to have coworkers that I get along with and that I can also call my friends.

Coming from Sweden into this world of entertainment was definitely something to adjust to and it felt a bit unreal in the beginning. In Sweden, I wouldn’t even really be able to do what I do in LA because there isn’t really a market for these types of jobs there. I never thought that I would be brave enough to pack up my life in Sweden and move out to LA. I love what I do and I am very proud of myself for getting this far. I’m probably proudest of the fact that I’ve had the courage to take chances and risks, challenged myself to do things that I might’ve been nervous about or not thought I would be able to do in the past. I’ve changed a lot as a person since moving to the U.S. I’ve grown up in a way that I don’t think I ever would if I would’ve stayed in my small hometown in Sweden. I’ve become more confident and I stand up for myself in a way I never would have before.

We’d love to hear about any fond memories you have from when you were growing up?
A childhood memory and one of my favorite stories to tell is how I became fluent at speaking English. I practiced so much, determined to not let my Swedish accent show. Growing up, school required that we start learning simple English words at the age of six and really got into it around the age of 9. I used to absolutely hate it. I was no good at it and thought it was too hard to learn, so in the end I just didn’t want to learn. But then when I was around 11 years old I started watching American TV shows. I have a sister who is seven years older than me and I really wanted to watch whatever she was watching. The first show I got obsessed with was One Tree Hill. I quickly became a huge fan of Sophia Bush and her character Brooke Davis. I wanted nothing else than to be like Sophia Bush and my biggest dream was of course to meet her. If this dream were ever to happen, I realized that learning English would definitely come in handy. I mean how would I profess my love to her otherwise? So, I paid more attention in English class, I watch One Tree Hill with English subtitles and I practiced speaking it by repeating some lines and tried to pronounce the words in the exact same way as Sophia Bush did. So today when someone asks me why I barely have an accent I always say, “It’s all because of Sophia Bush!”. So a big shout out to her and here’s to hoping she sees this 🙂 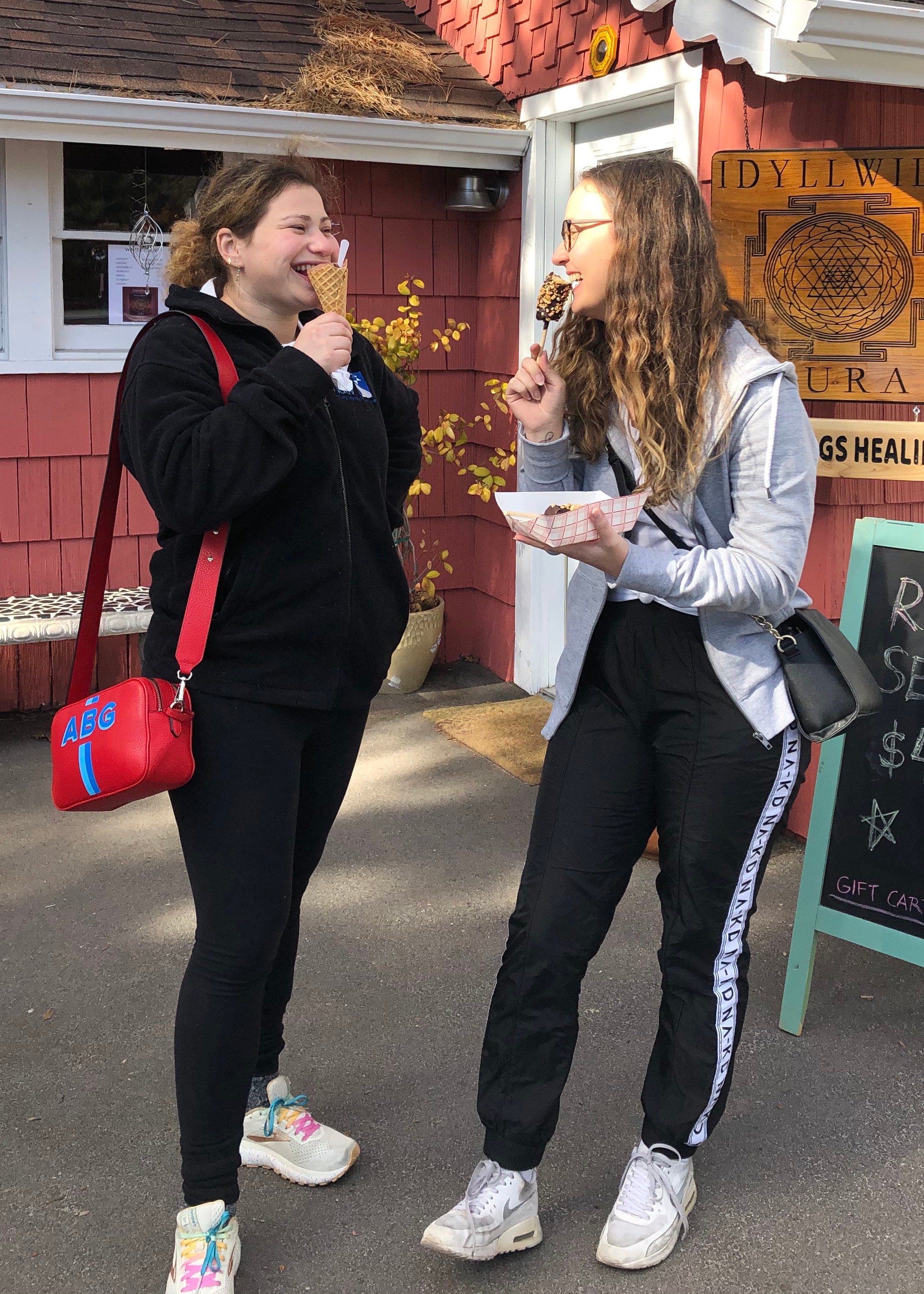 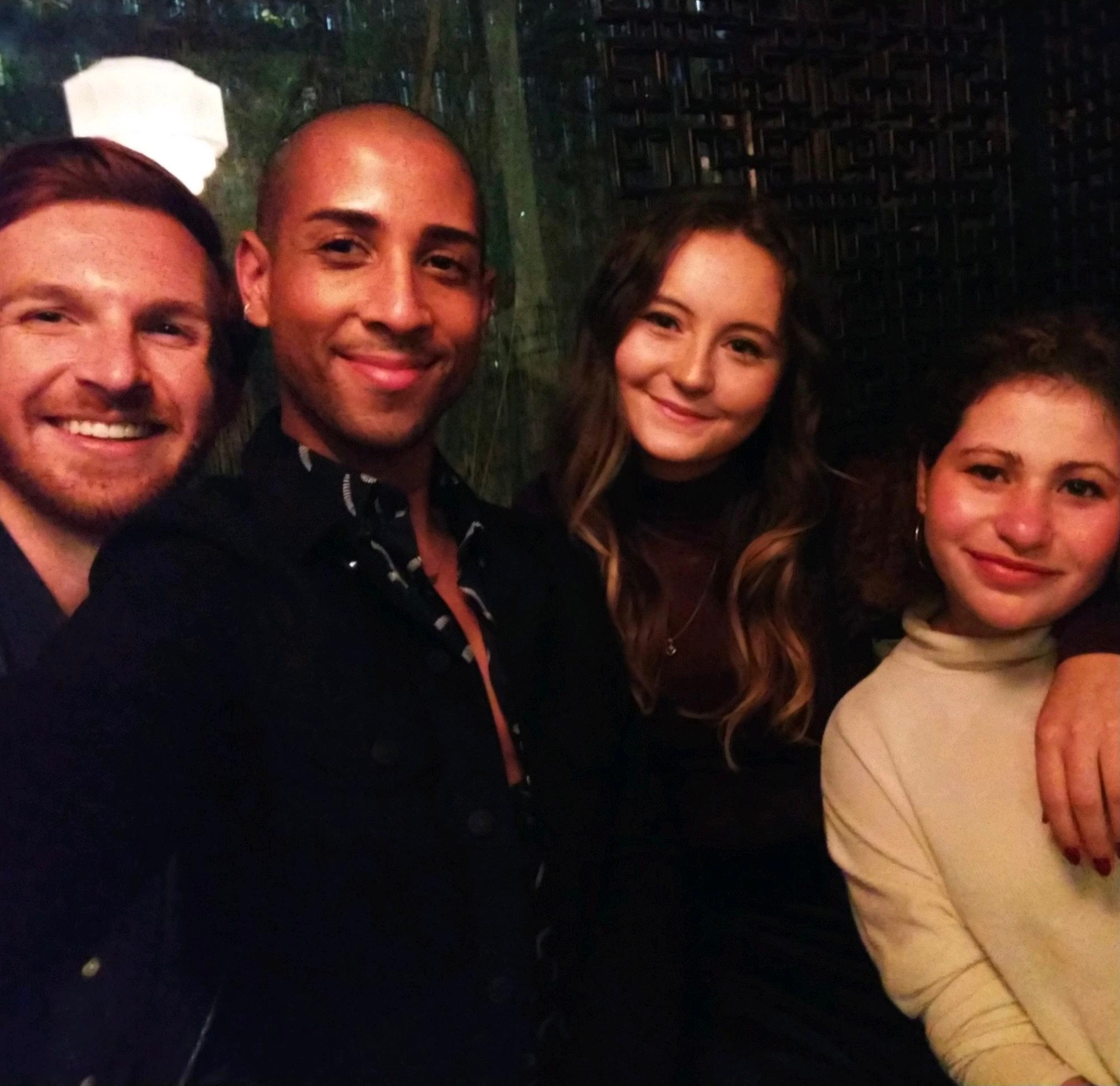 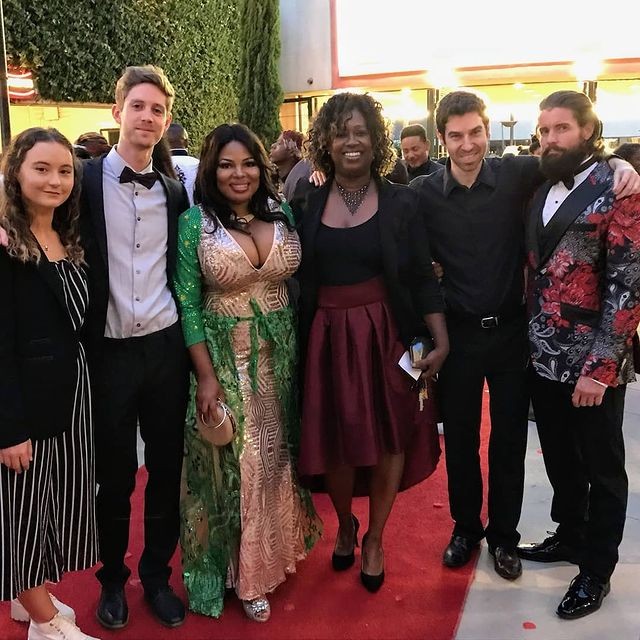 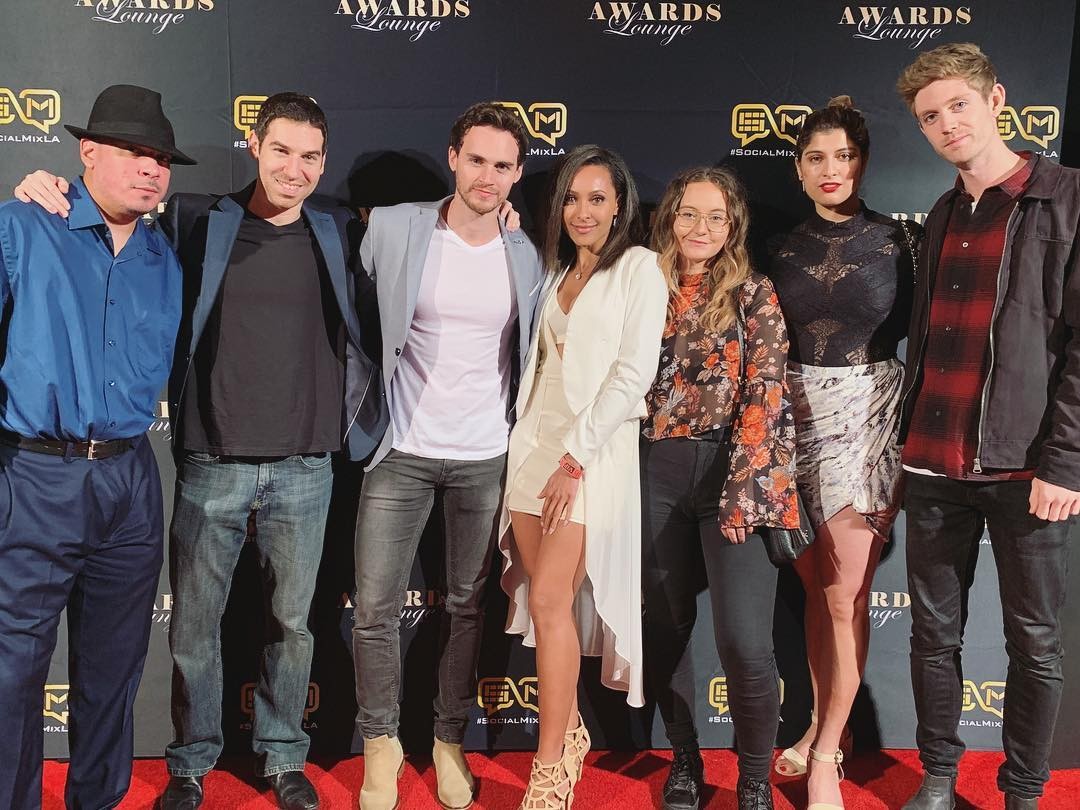 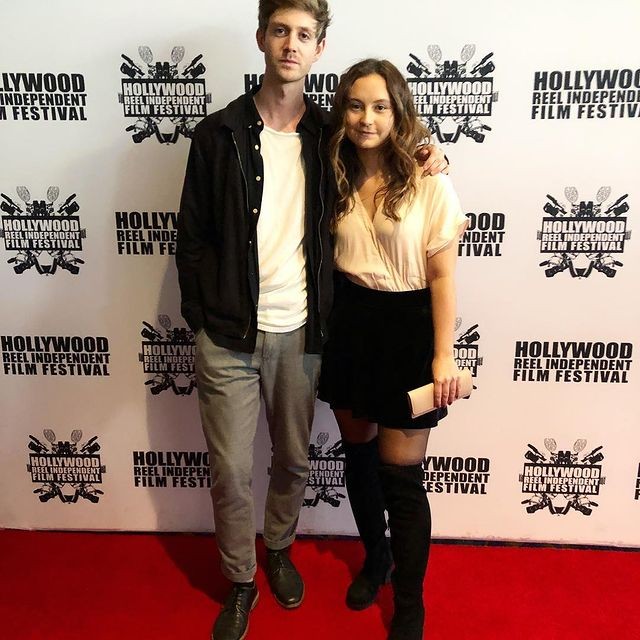 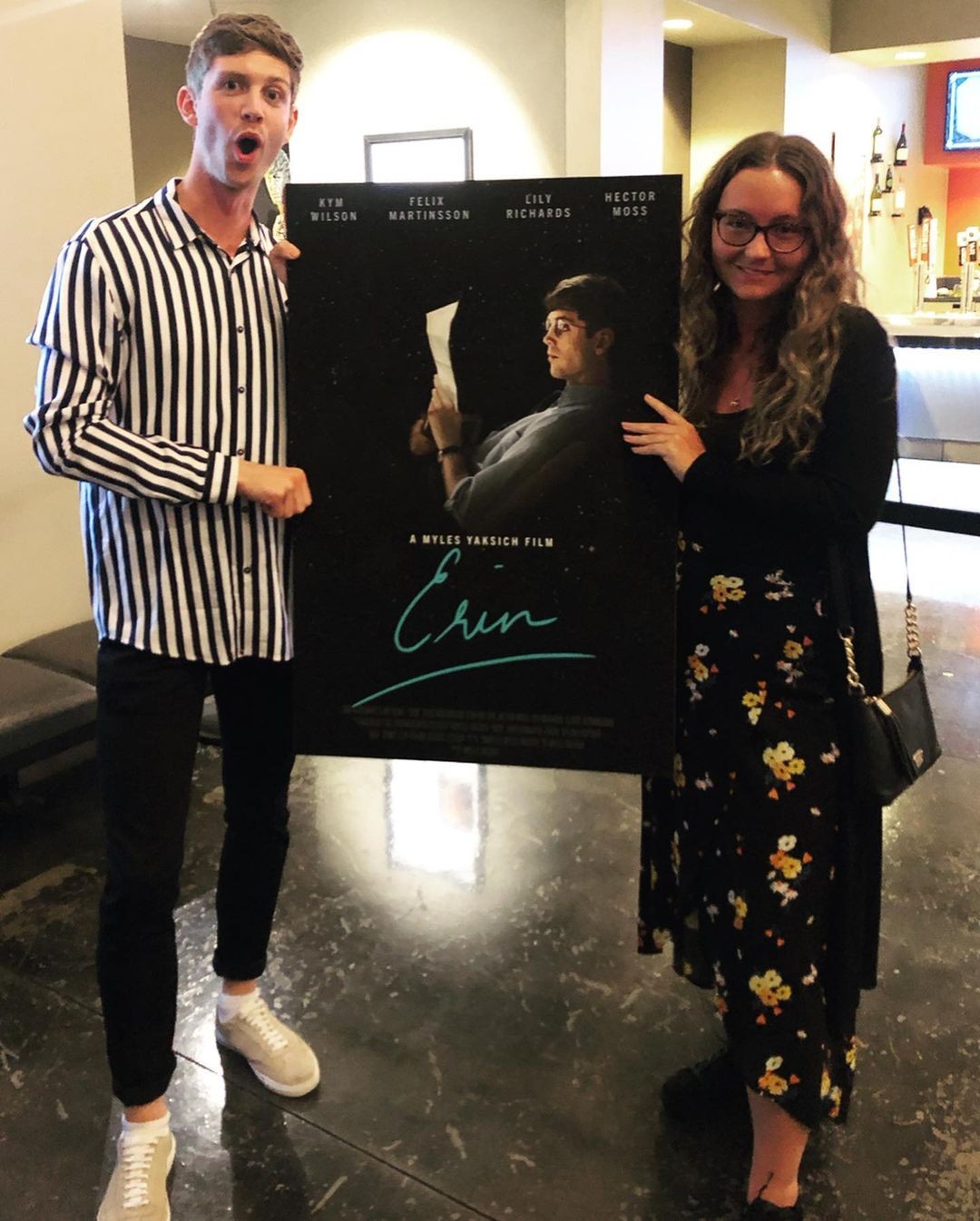 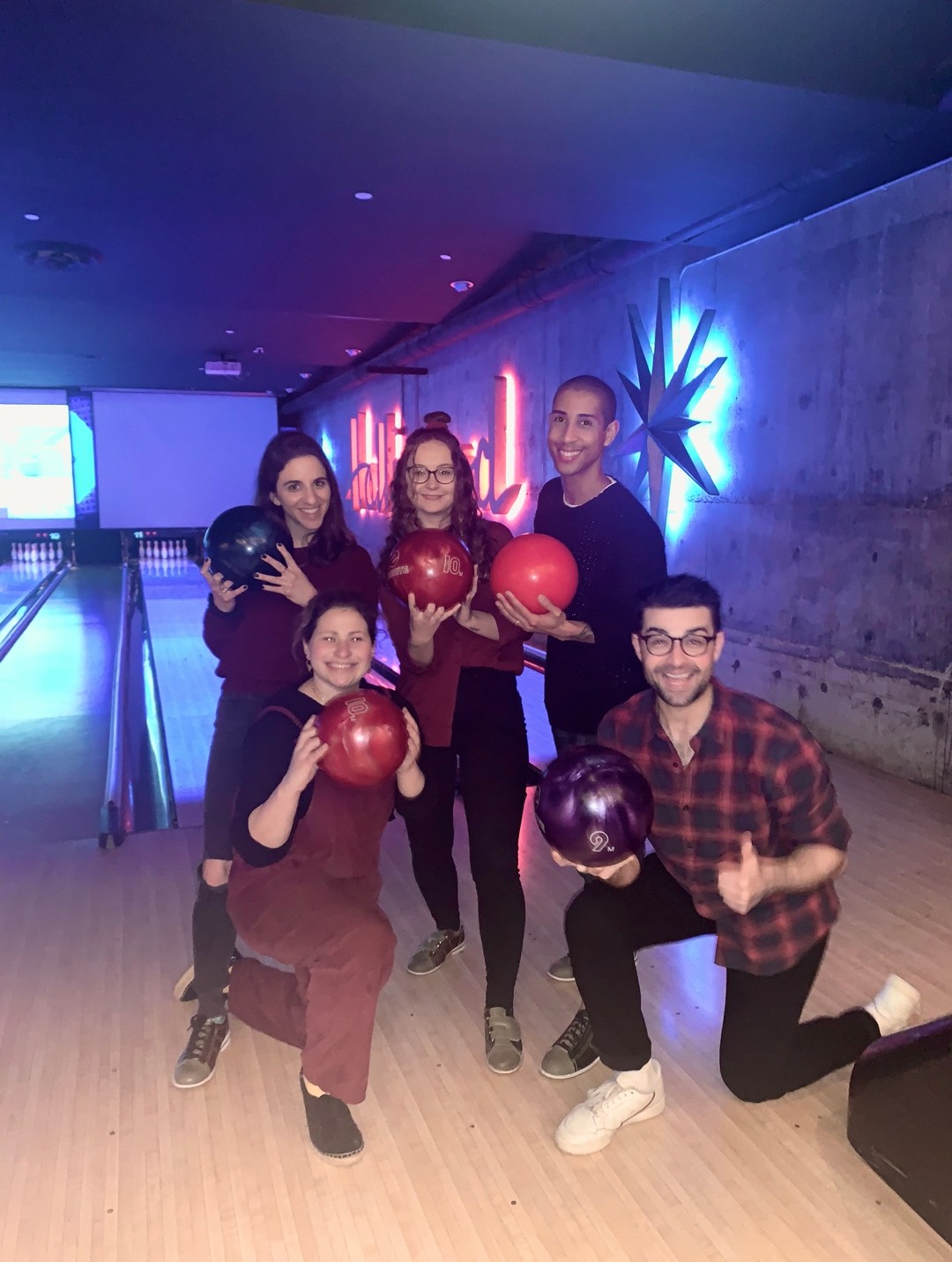 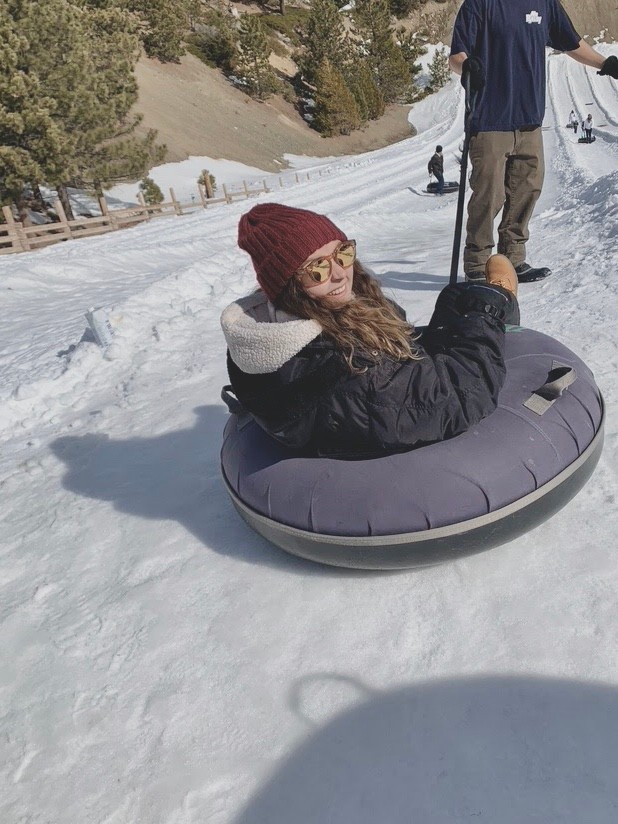