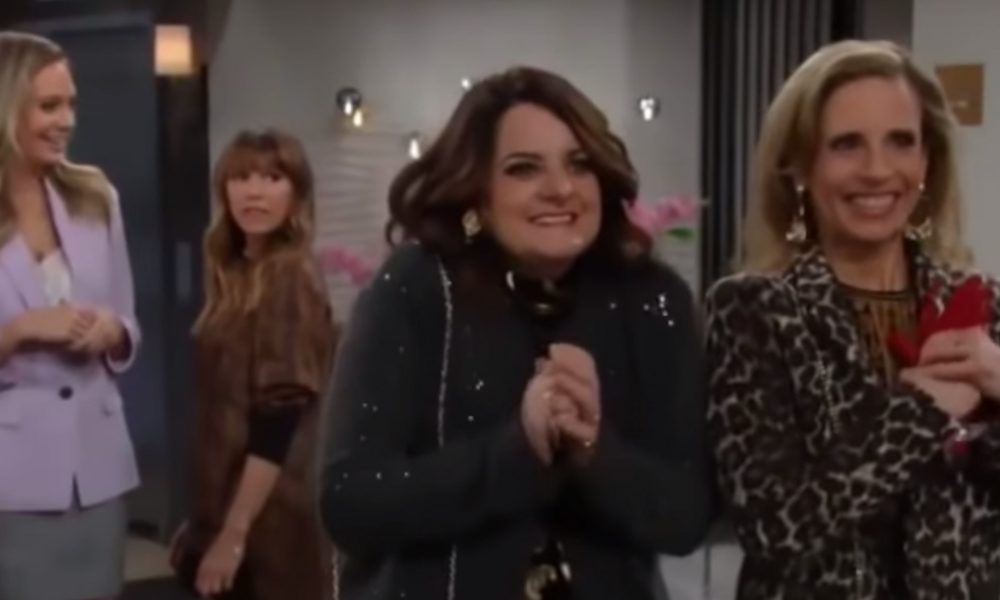 Today we’d like to introduce you to Julie Phillips.

Julie, we’d love to hear your story and how you got to where you are today both personally and as an artist.
I was born and raised in Los Angeles. My parents were in the entertainment industry. My mom used to sing at the Copacabana with Fats Domino. My dad, Stu Phillips, is a composer. He scored music to too many television shows and movies to list. He was nominated for a Grammy for the theme to Battlestar Galactica.

When my sister and I were little, my dad also scored music for commercials. When they needed kids to sing and be in the commercials, my dad used us. That was my introduction into the business. My sister and I did commercials and sang background up into our teens. I got my SAG card at a very young age but never really “pursued” acting. It was just something we did every now and then. I loved every second that I was doing it. I did plays at school and I fantasized about acting full time but I didn’t really believe it was something that was possible.

It wasn’t until I graduated from college that I really made the decision that I was going to go for it. Took classes, did plays, joined improv groups, I threw myself into it. I had all the side jobs you could imagine. Aerobic instructor, organic farmer, house cleaner, waitress, mailroom employee, production assistant, administrative assistant, you name it, I did it. I had limited success and began to feel like I was wasting my time. I finally decided to throw in the towel.

That was 22 years ago. Since then, I got married, had two kids (now 14 and 16) and became a certified pilates instructor and more importantly a stay at home mom (my pilates equipment is in my house). A little over two years ago a friend of mine invited me to go to Madrid with her. She had lived there for 20 years and needed to go back to pack up her house to rent it out. I had not been on a trip without my husband or one of my children in 20 years. It was when I was taken out of my daily routine that I had an epiphany. Who am I without my kids? They’ll got to college soon and have their own lives. My husband has a very fulfilling and successful career of his own, so where does that leave me? I allowed myself to close my eyes and imagine if I could be doing anything what would it be? What would put a smile on my face and a twinkle in my eye? The answer was acting. I wanted to go back to it.

A series of events (which I believe we’re meant to be) put me in contact with an old friend from my days studying at the Beverly Hills Playhouse with Milton Katsellas. I ran into Mark McPherson at Chipotle, he was now teaching an acting class and said I was welcome to come audit. That was two years ago in May, I am still studying with Mark at Studio 24 Seven and I have never looked back.

Since coming back, I have written, produced and starred in 2 short films (one in festivals winning awards, the other being edited as we speak). I shot a major guest starring role on The Young and The Restless, two independent pilots, a web series, and I am currently shooting an IGTV series that I created with a friend called “Searching For Josh Brolin in the Apocalypse” (he was my first boyfriend at age nine). It is all being shot Via Zoom. I have never been happier (Covid19 aside) or felt more fulfilled. It is never too late to change your life and pursue your dreams.

My kids have been so amazing and supportive. I appreciate my family so much for believing in me and encouraging me to do this.

We’d love to hear more about your work and what you are currently focused on. What else should we know?
I am an actress and a writer.

I think I have always been a writer. When I was a little girl, I used to make up storylines for my Barbies. I would leave them on a cliff hanger when I was done playing and then pick up where I left off the next day. I wrote poetry, journaled and dabbled in short stories.

I have written, starred in, and produced two short films. One Hot Day (which was running in festivals prior to the Covid19 outbreak) is about a day in the life of a menopausal woman with hot flashes. I write stories about what I know. My purpose and my joy is to give voice to an underrepresented group in an authentic and relatable way. In my case, women over 50. One Hot Day also touches on how menopause (and life really) can affect long term marriages and passion. I was nominated for best lead actress and the film has been nominated for best short comedy. It got second place audience choice at the Sedona International Film Festival.

I was so inspired by the feedback I got in Sedona from not only the women who saw my film but the men as well. I can’t tell you how many husbands came up to me and thanked me! SO gratifying!! It is an amazing feeling to have people relate to your work and actually thank you for telling THEIR story.

I have joined forces with two other amazing women, Lorin Davis and Steph Martinez, to create “Hey Lady Films” production company. Our mission, to give voice to the underrepresented groups. I am very excited and inspired to be working with such talented and powerful women.

That is my goal as an actress and writer. I want to portray an honest depiction of life over 50 in a way that can make people laugh, cry, and feel represented. I also want to inspire people to never give up on their dreams. No matter how old you are, don’t settle! If you feel like you want to do something, DO IT! Life should be fully lived and if there is a voice inside of you that says “go act” or “go write” or “get your nursing degree” or ANYTHING, just do it! Never be afraid to try.

Artists face many challenges, but what do you feel is the most pressing among them?
With a worldwide pandemic happening, I think that the arts have become even more crucial. They are a lifeline. Before this happened, I would have said that the biggest challenge artists face today is the perception that art is not a necessity. I believe that being cut off from our neighbors, family, friends, and community has made everyone more acutely aware of just how important it is to be taken on a journey – be it by a TV show, a painting, a sculpture or a poem. We cannot travel outside our homes right now but we can invite art in and be entertained, laugh, cry, learn, and be in awe.

Do you have any events or exhibitions coming up? Where would one go to see more of your work? How can people support you and your artwork?
“One Hot Day” will be available soon on either YouTube or Amazon. Until then, please check out some of my work on my website www.juliephillips.org. You can also check out www.onehotdayfilm.com for behind the scene photos and the trailer.

If you would like to support my work, we are still raising money for post-production of my second short film Judd and Nancy Across America. Go to our website www.juddandnancyfilm.com and click on the donate link.

And if you’re looking for some feel good comedy, please check out my IGTV show, “Searching for Josh Brolin in the Apocalypse” @searchingforjoshbrolin on Instagram.

You can also check out my IMDb profile for more info and links to the work I have done. IMDb.me/juliephillips 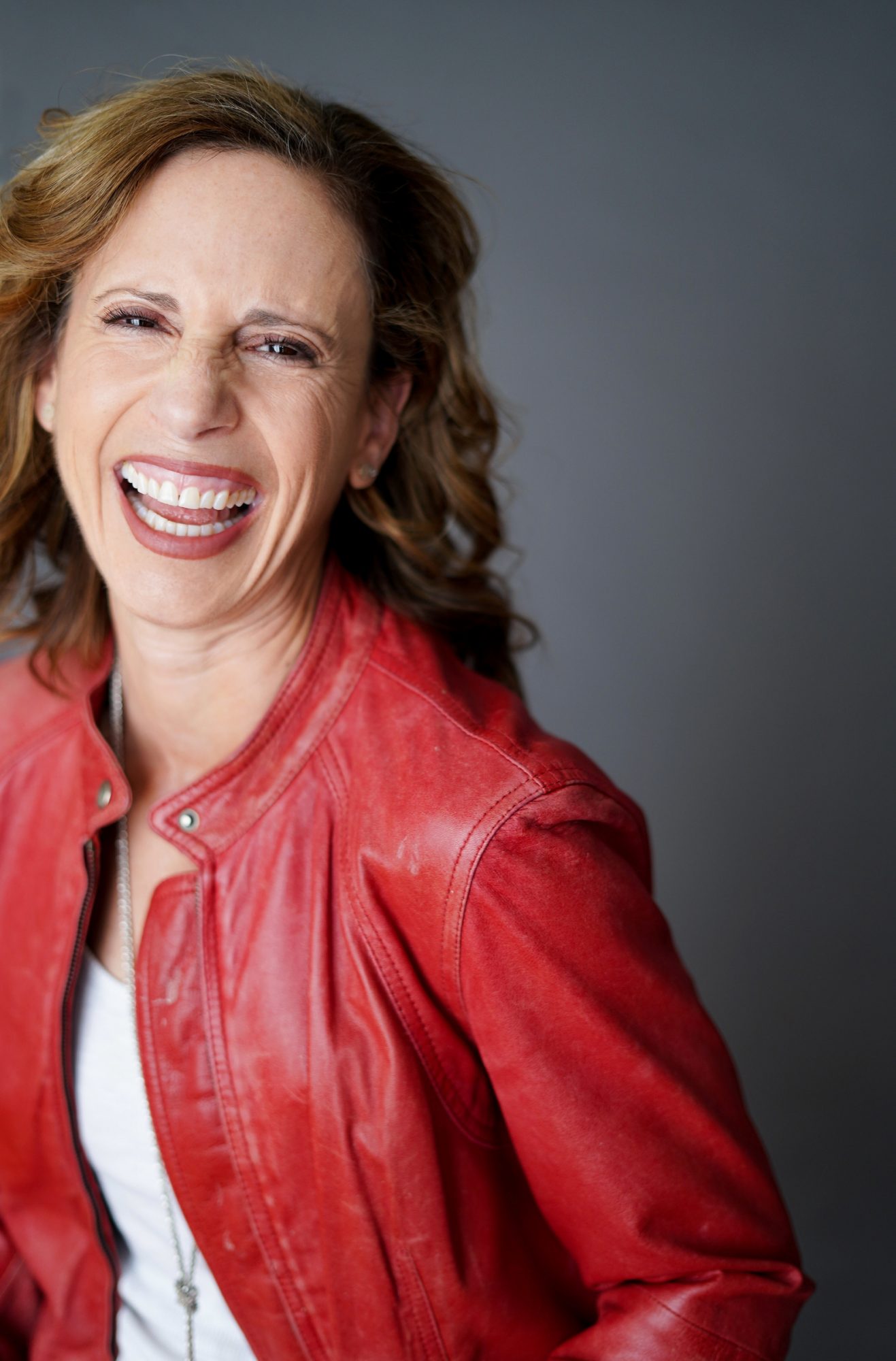 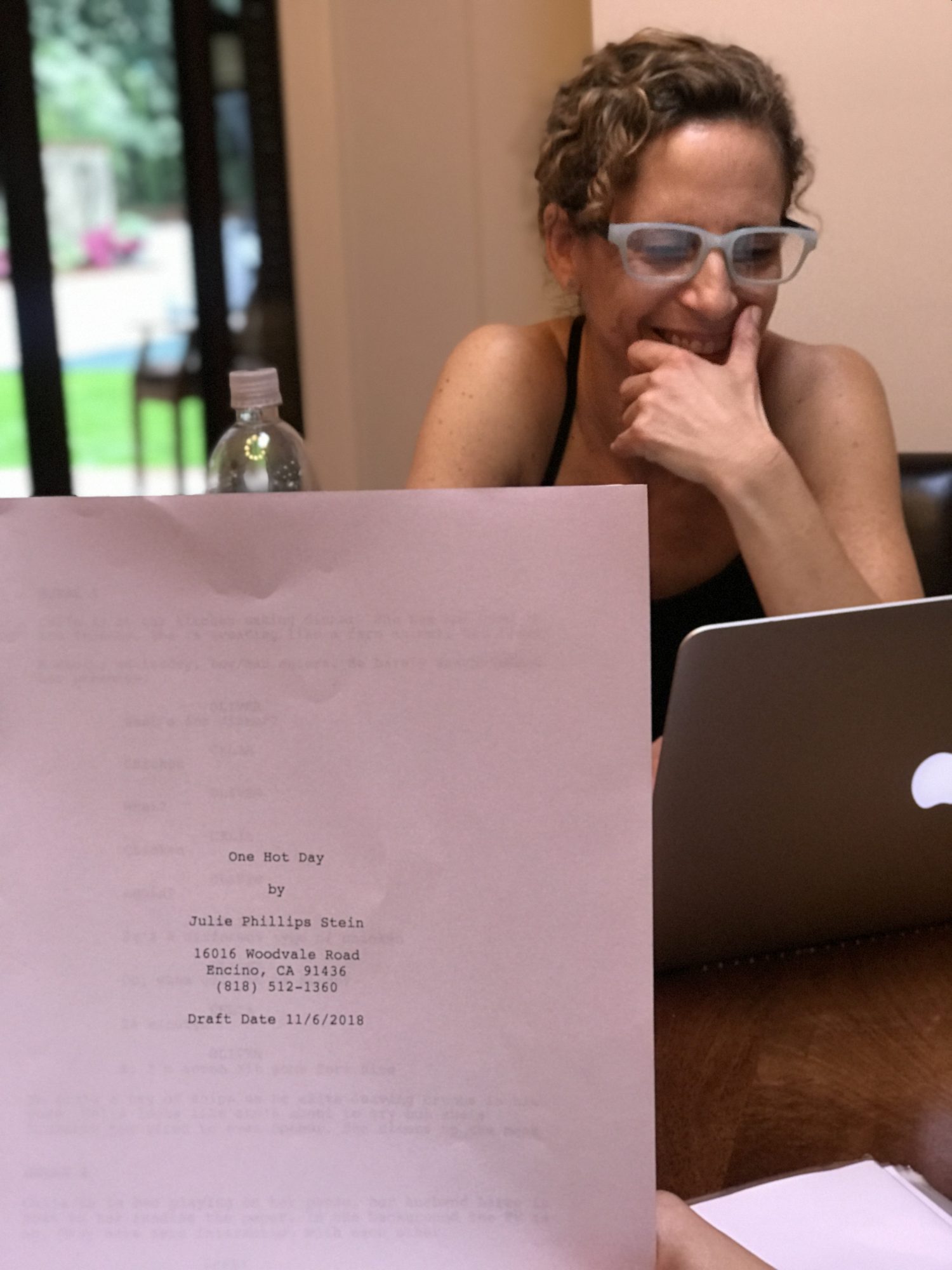 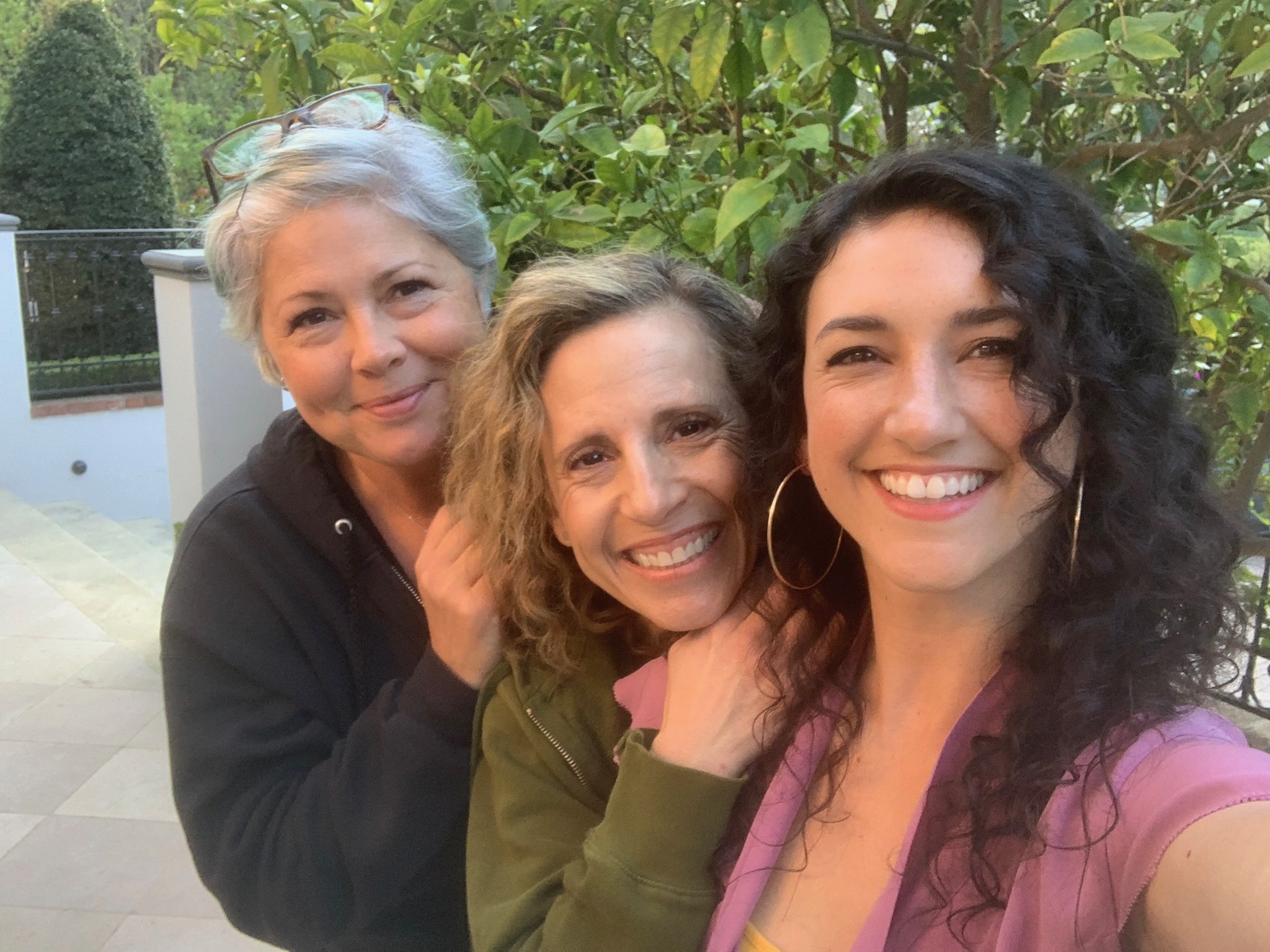 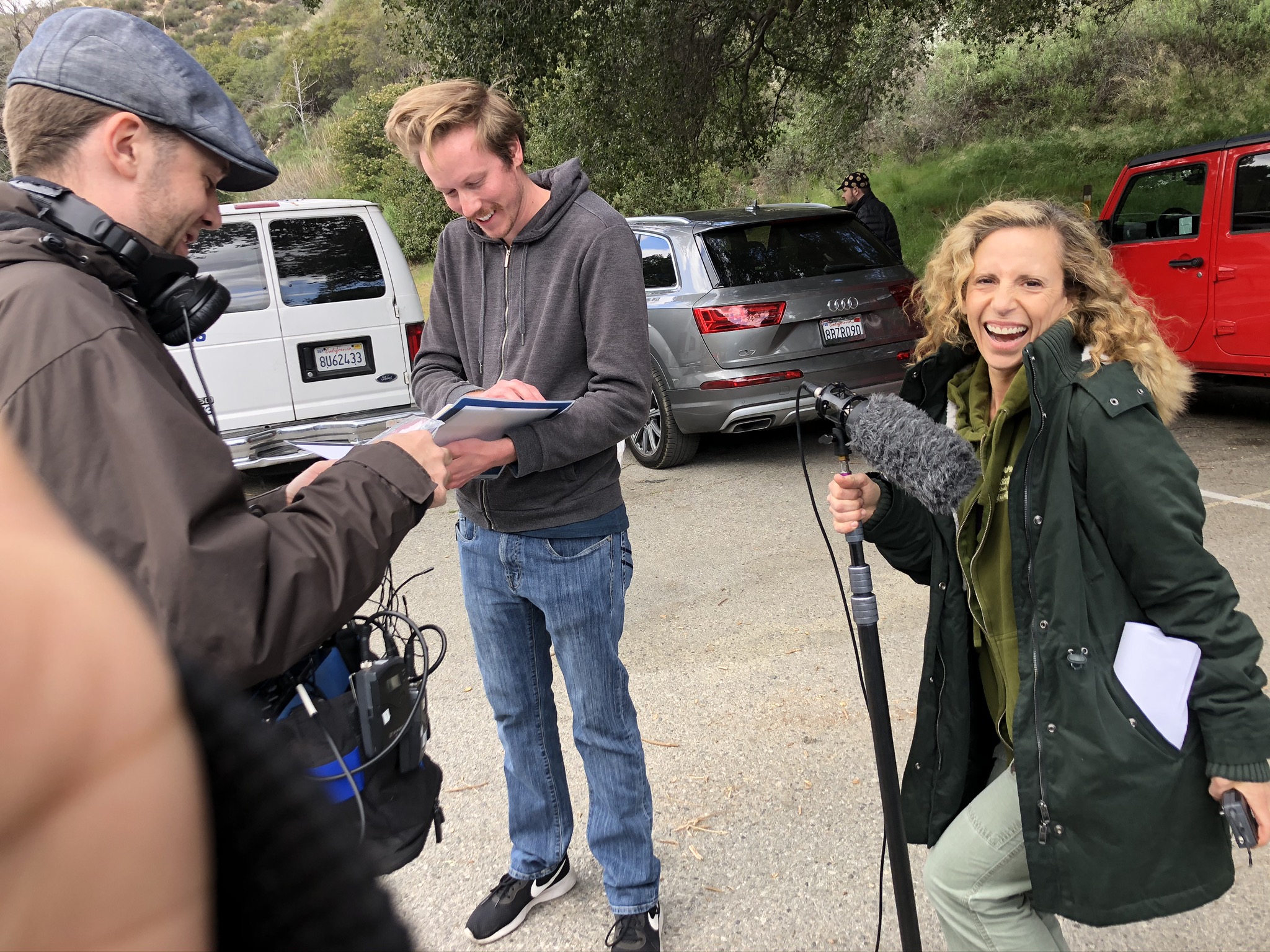 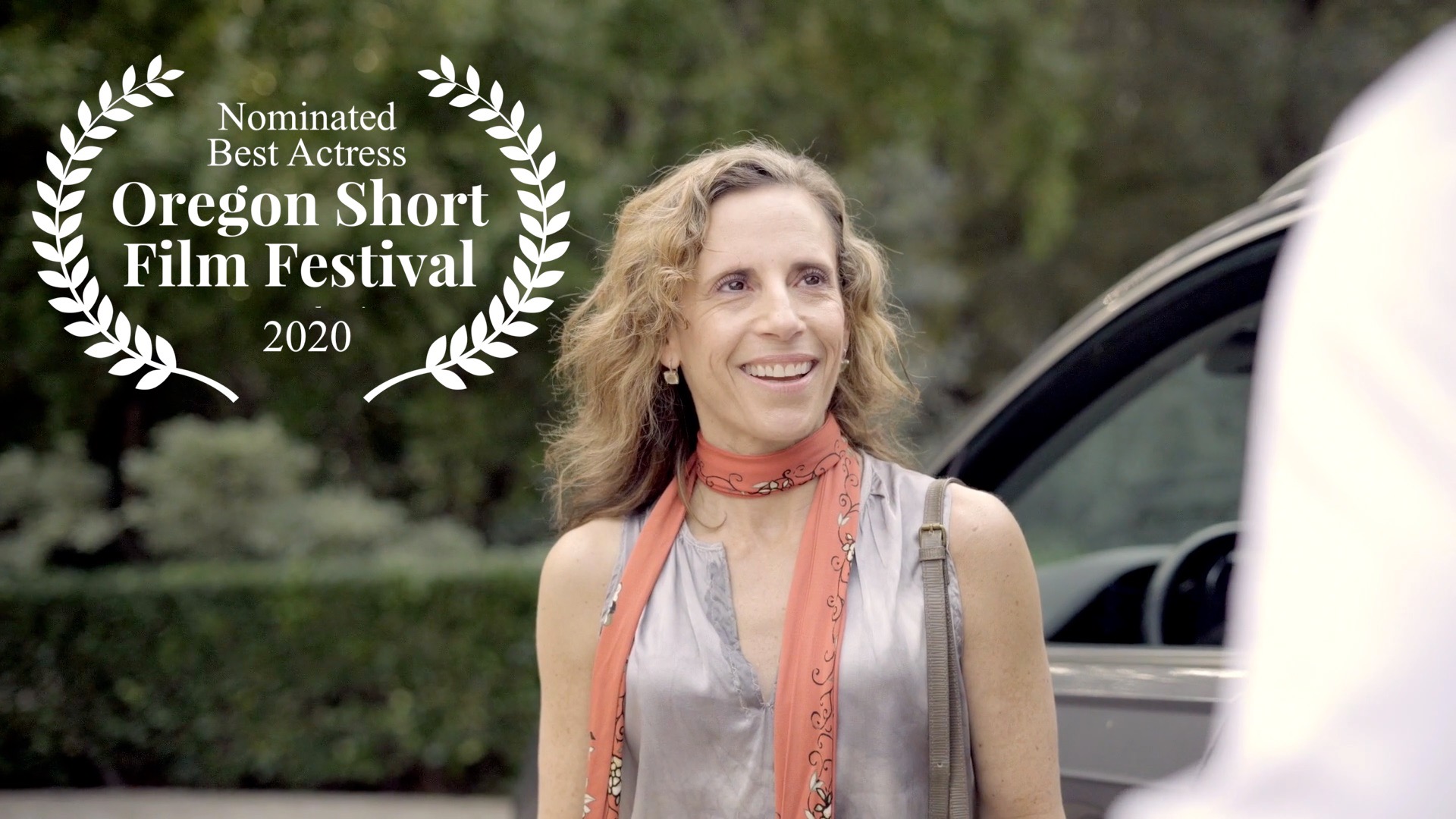 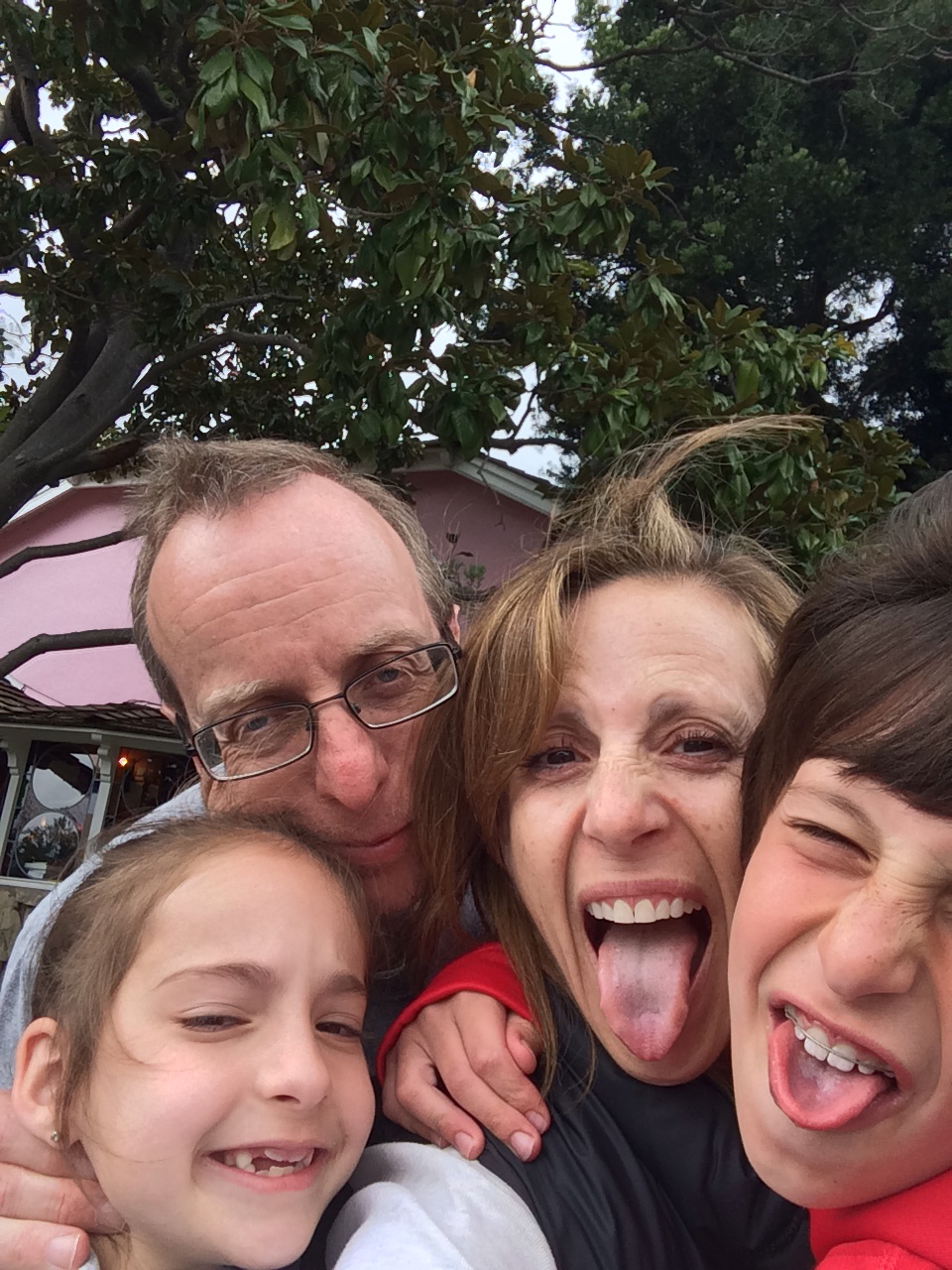 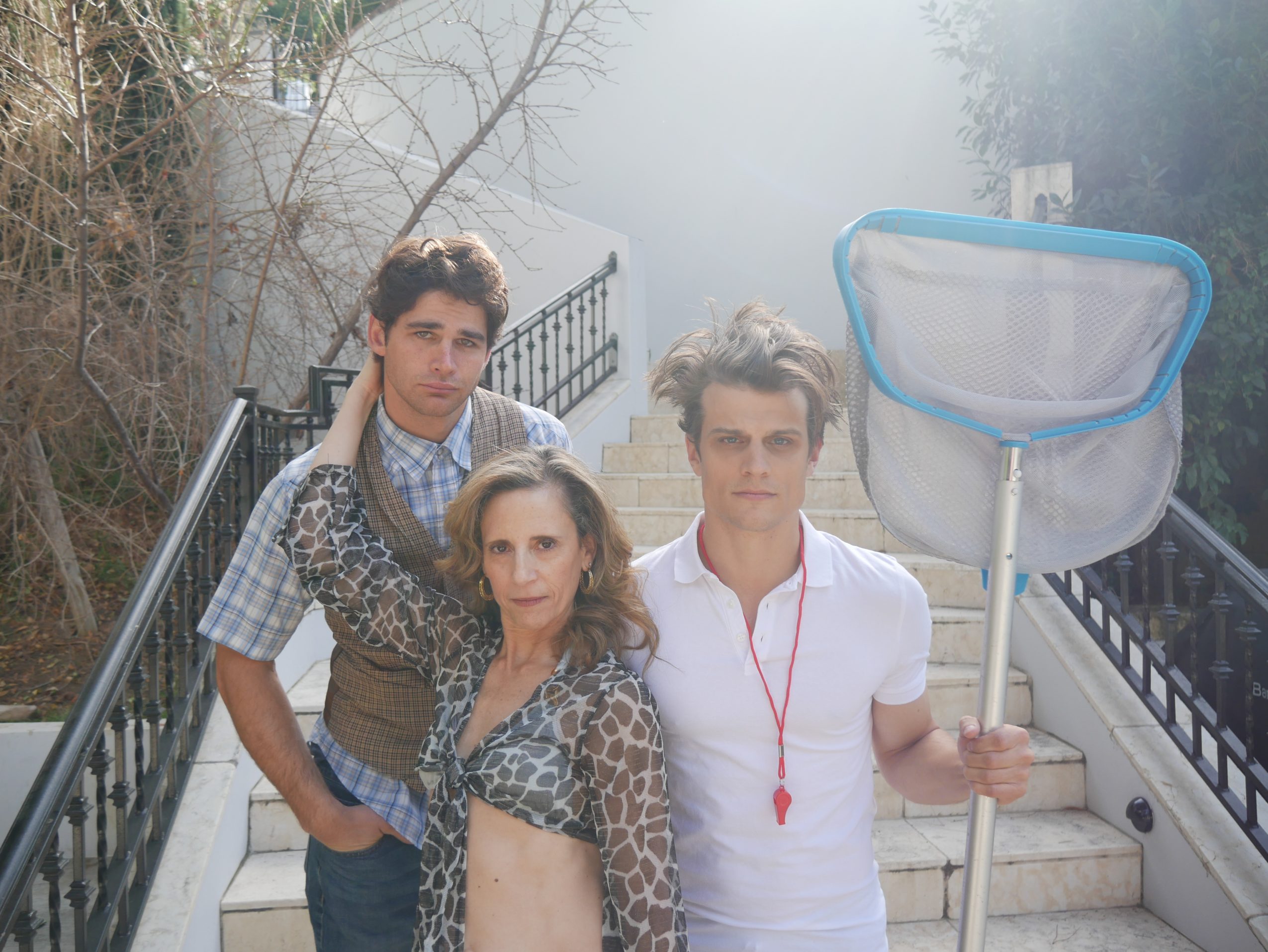