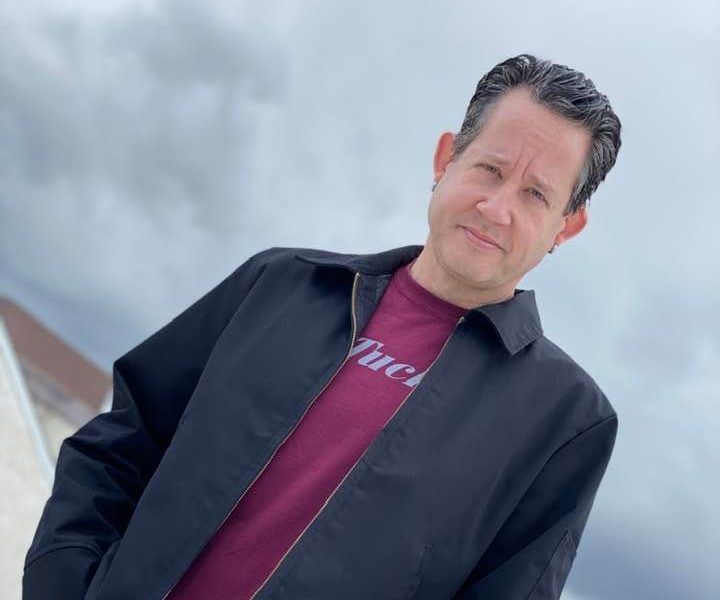 Today we’d like to introduce you to John Hamilton.

Hi John, thanks for joining us today. We’d love for you to start by introducing yourself.
Well… I was born and raised in Jacksonville, FL and had the very typical, middle-class, suburban childhood. I was enchanted with the movies ever since my first theater-going experience when I saw Peter Pan in 1976 and then in 1977 Star Wars blew us all away… I was in total awe. From that point, my cinematic imagination was encouraged even more by Close Encounters, Superman, Moonraker and countless others. I had found my “church” in the darkened cathedral of the movie theater.

As my love and excitement for film grew, I soon discovered that the movies I gravitated to were being made by just a handful of the same people: George Lucas, Steven Spielberg, John Carpenter and of course Disney and Jim Henson. This discovery really peaked my interest in the people and talent behind the camera. I wanted to know more… I wanted to know everything about them and how they made movies. Anytime I could watch behind the scenes footage or interviews with my newfound heroes I soaked it all up.

This led to my desire to create my own worlds of imagination, my own stories. From my days in elementary school pulling together friends and fellow artists to create and produce our own comics books, to middle-school writing tons of narrative short stories to high-school/college where I delved into screenwriting with no-holds-barred. That journey is what brought me to where I am today, doing what I do.

We all face challenges, but looking back would you describe it as a relatively smooth road?
When I started this journey, I knew it would be a long one, but at times I must admit it’s felt like a Battan Death March. There has certainly been obstacles along they: securing financing… then having that financing pull out at the last minute, creative deals that are so promising that later unravel because of egos or lack of vision, regime changes at the studios or networks that can greatly affect your projects that have absolutely nothing to do with you. That all being said, I’ve enjoyed some great successes along the way whether it be in financial terms, studio jobs, or great creative allies… and now the ability to create, develop and make my own projects. Hollywood is always feast and famine, peaks and valleys… that’s the nature of the business and it always will be.

Can you tell our readers more about what you do and what you think sets you apart from others?
Each and every project that we are working on at Wonderkind Pictures is striving for greatness. I have no interest in doing the tried and true or playing it safe creatively… we are always swinging for the cheap seats. Now I’m realistic that we may not always fully accomplish what we set out to do with each project… I mean that’s the reality of life sometimes, but we damn well push for creative innovation. It’s my hope for Wonderkind to become one of the premiere production companies in the industry when it comes to film and TV within the next five years and in fact, I’m betting my entire life on it.

I’ve always been a guy who goes all-in when it’s the right move. Even back in Florida when I was starting out, this was in the hey-day of the nineties when Orlando was booming… Disney-MGM Studios, Universal Studios Florida, Nickelodeon and others were really rolling… we had offices at Universal Studios Florida where I was writing and directing Jim Henson like puppet projects… very innovative and unique stuff… and developing even bigger film and TV projects for the future. I was working six and seven days a week, sleeping on the office floor, shooting all the time and waiting for everything to render on the Avid. These were great and exciting times… but as you know, the industry can shift a lot and Orlando kinda dried up for a while… this led me to relocate to L.A. full-time.

From that point, I was fortunate enough to work directly for Universal Studios Home Entertainment where I helped coordinate publicity for film and television for the entire US. I worked on some of the biggest film campaigns at that time for The Bourne Ultimatum, Fast and Furious, Despicable Me, Inglourious Basterds and such tv series as Monk, Psych, The Office, House. This was a fantastic opportunity to interact with studio execs, managers, publicists, “a-list” filmmakers and talent. The knowledge I learned at Universal as well as my time at Warner Bros. continues to help me each and every day and impacts everything we are working on now at Wonderkind Pictures.

I must admit, I’m very excited about everything that’s going on right now. I recently wrote and directed a short film entitled The Morning Star that was well-received and in fact won Best Live-Action Short at the Louisville International Film Fest. It’s a Rod Serling kinda project that people really seem to be enjoying. I also wrote and directed another short film this year called Well-Intentions. It’s a magical little story in the vein of Amazing Stories that’s currently making the rounds within the film festival circuit and we will be releasing it wider later in the year. It is our hope that these two projects and their success will help garner interest in the bigger film/television projects we already have fully developed and ready to go.

What matters most to you?
Simply put… to be able to create and tell the stories I want to tell. I love imagination and I love how projects can inspire and ripple the world over. Imagination creates ideas… ideas create dreams… dreams create possibilities… and possibilities are endless. All of the greats… Walt, George, Steven or Jim… they have all impacted the world in a profound and ever-lasting way… it’s my hope to do the same. I want to be the next great DreamSlinger. 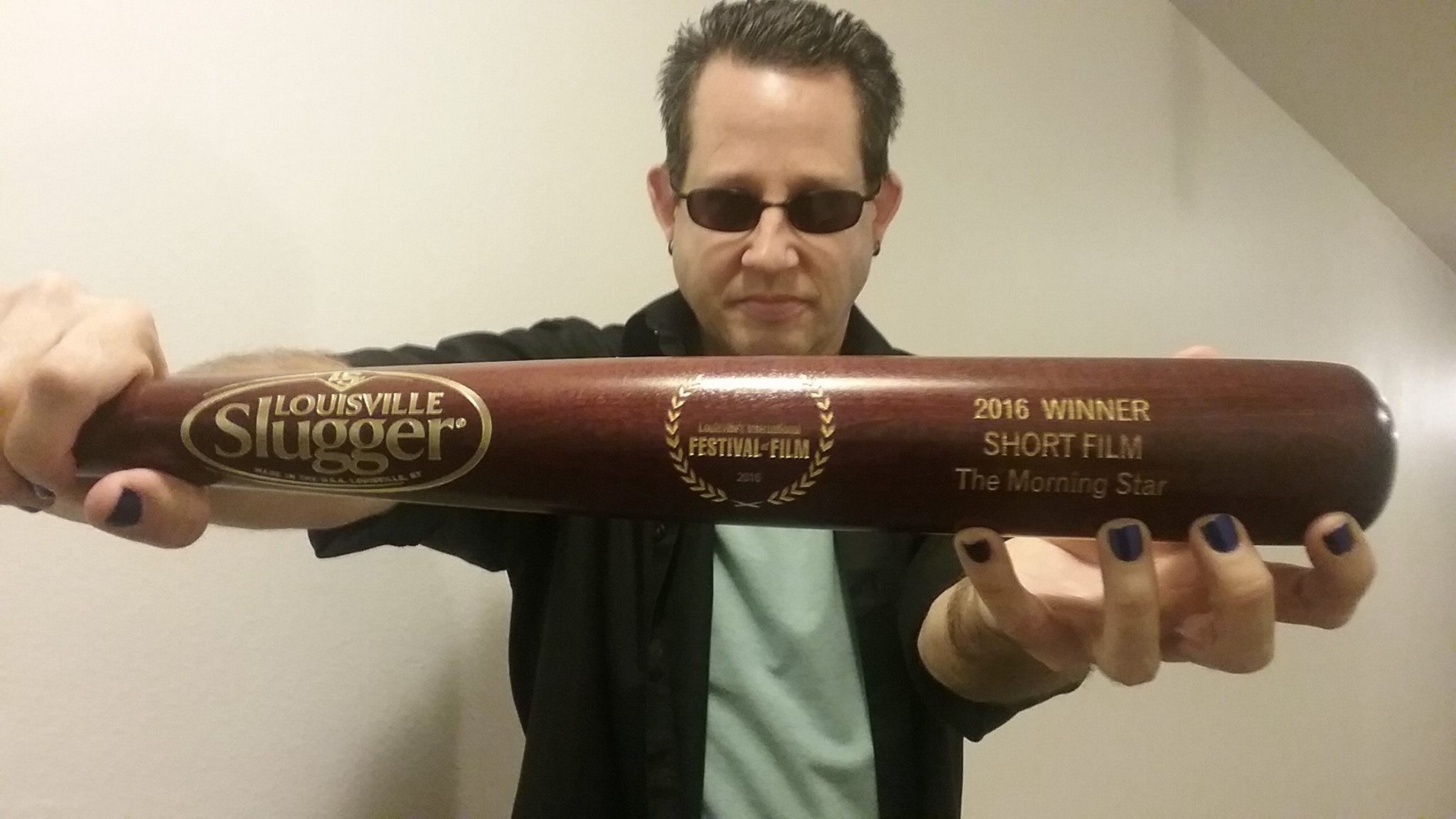 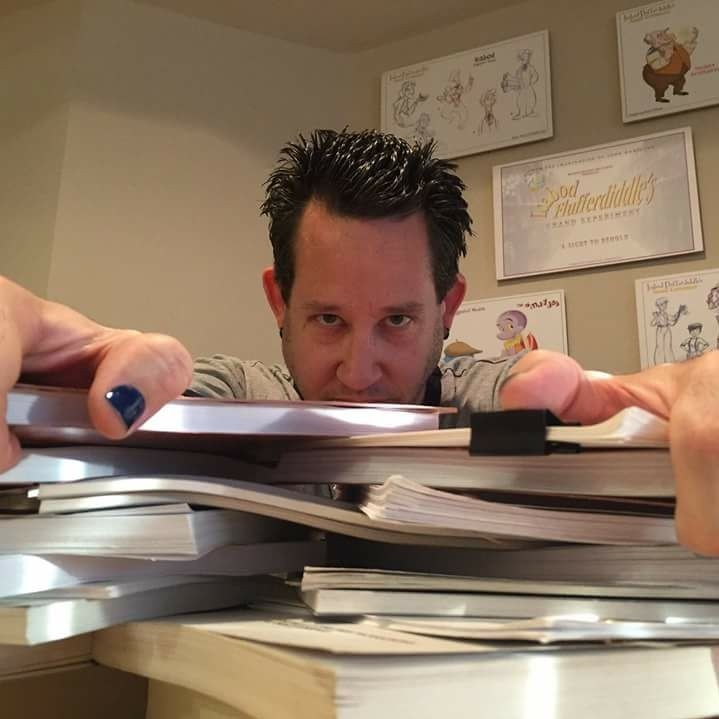 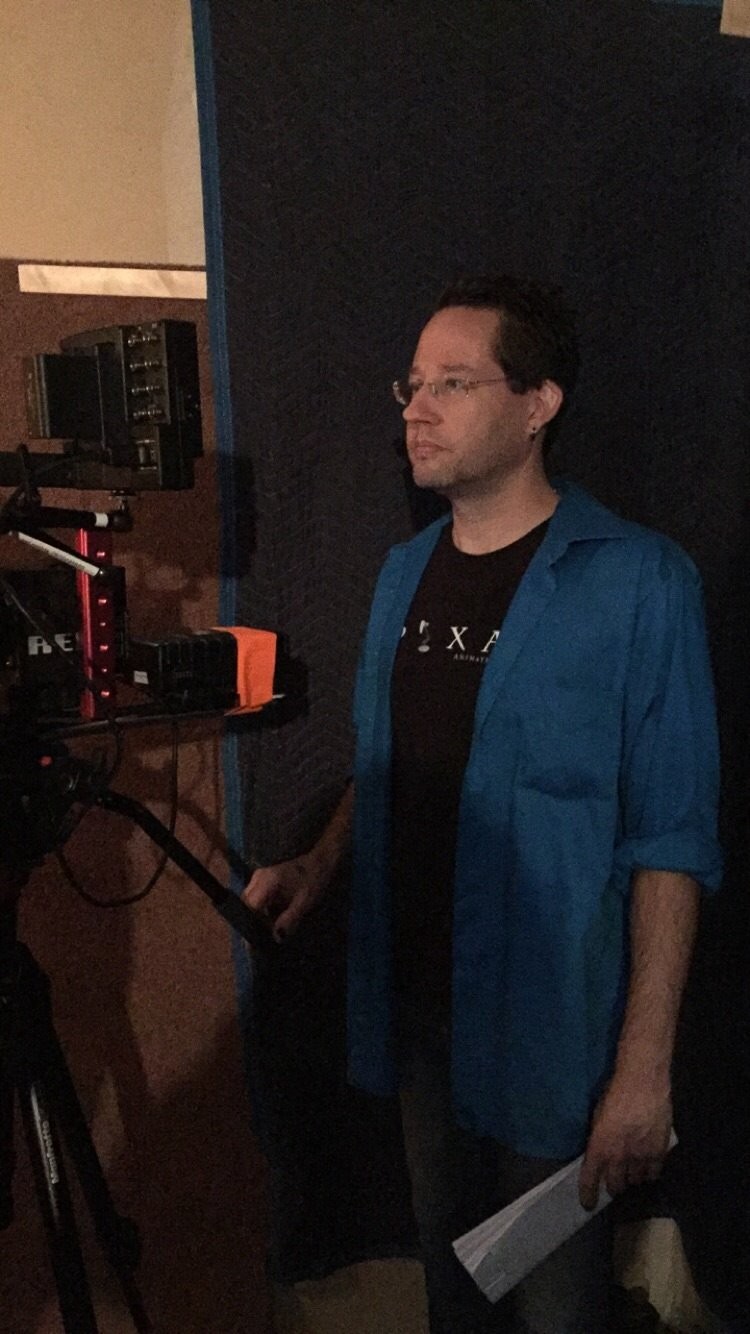 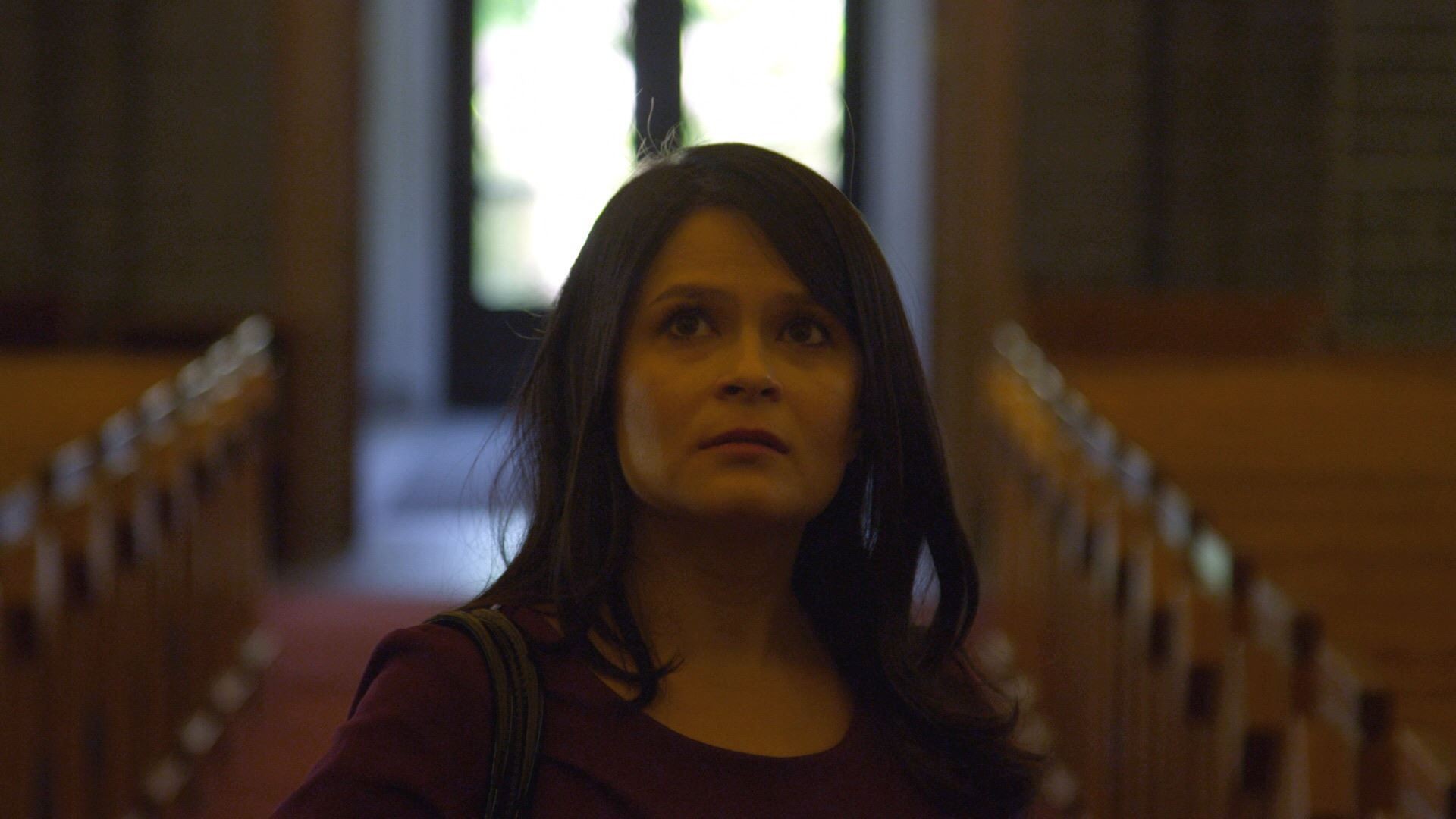 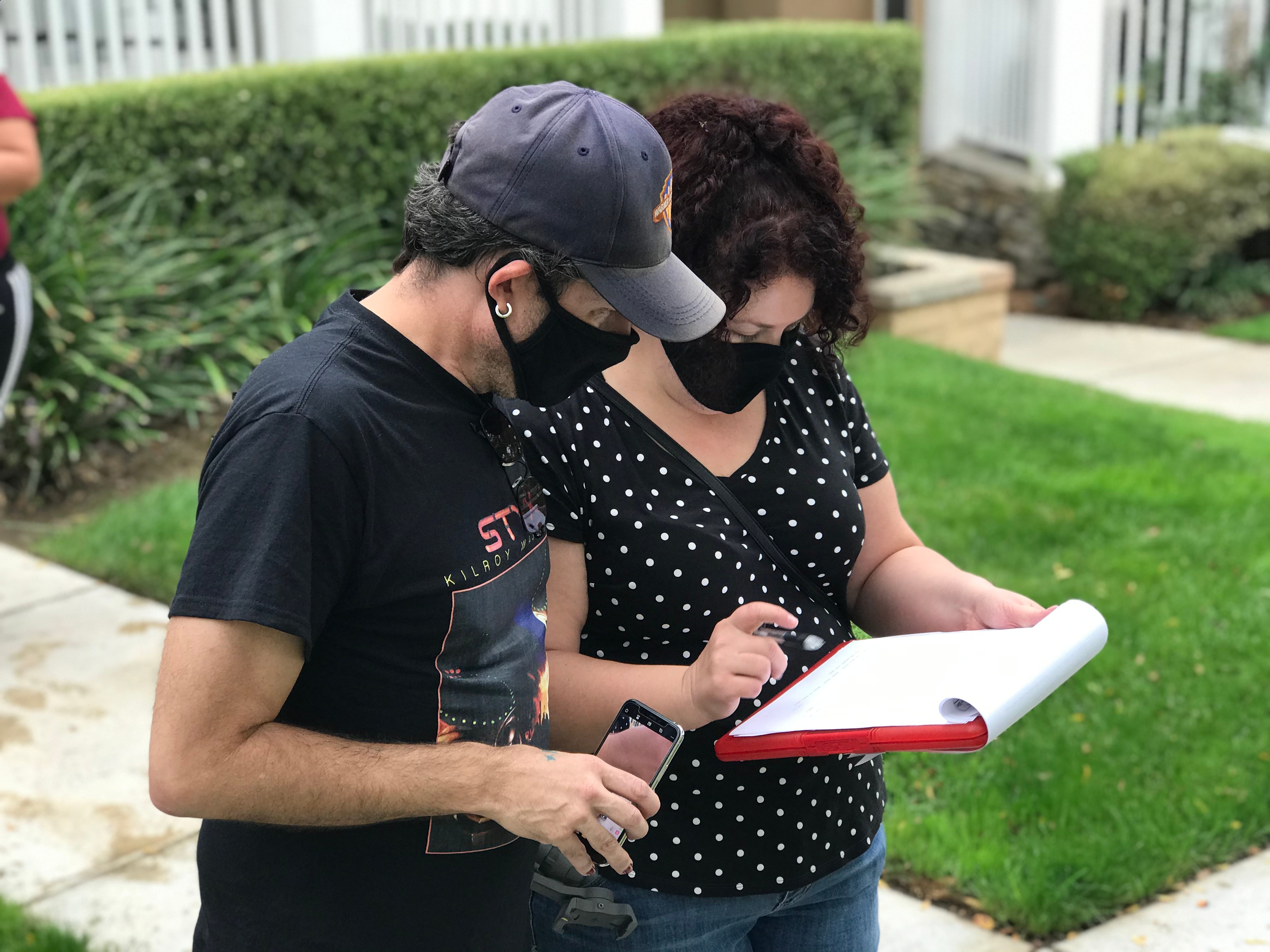 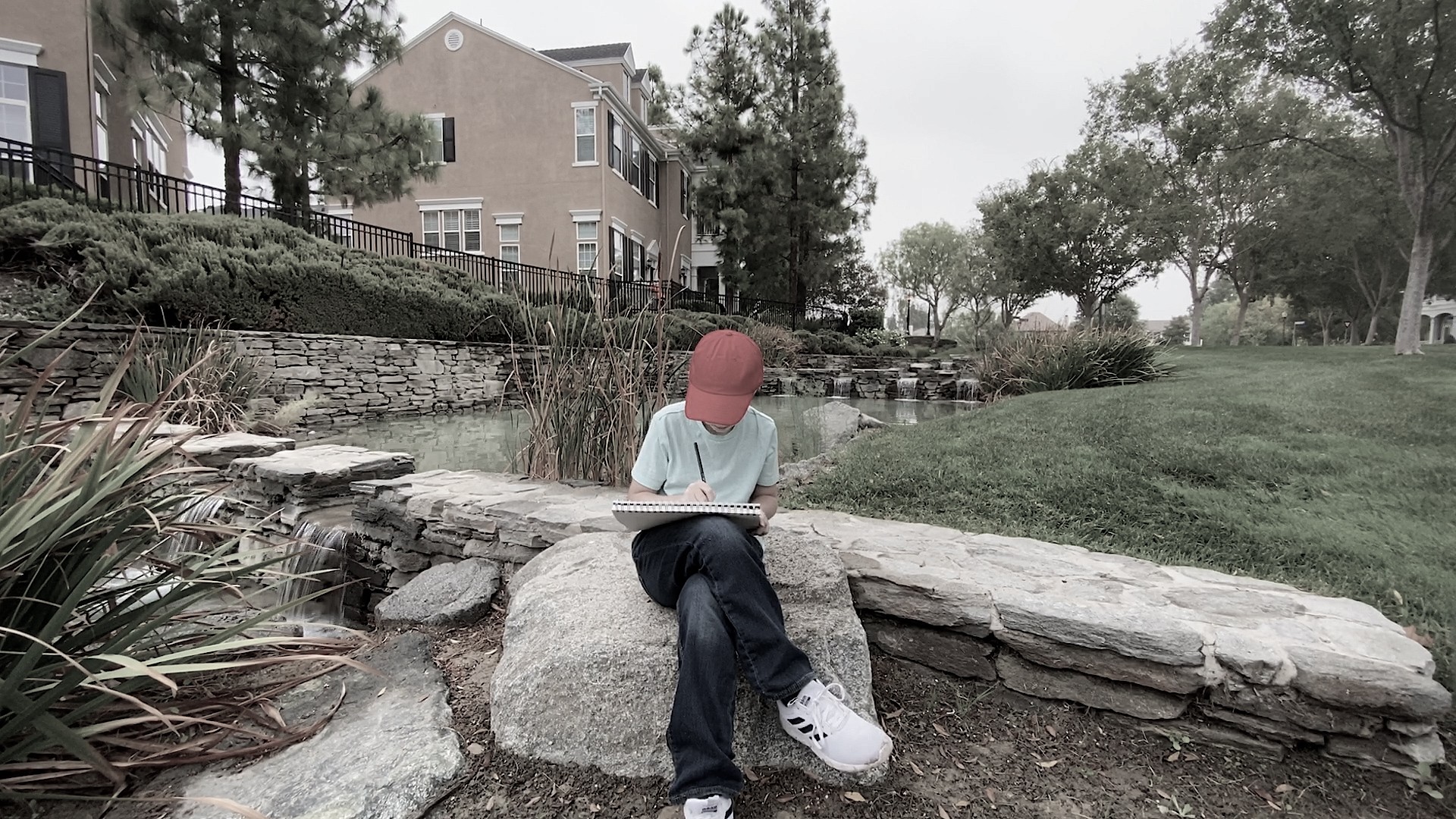