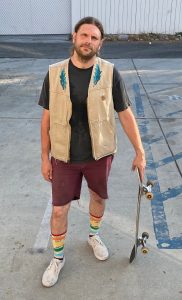 Today we’d like to introduce you to Jeff Kubasak.

Hi Jeff, so excited to have you with us today. What can you tell us about your story?
Well… I started skateboarding in high school and that was all of the sparks I needed to fire up my creative focus. I had doodled aimlessly before that but I had been consumed by everything that surrounded skateboarding. The graphics, the magazines, the videos, the sound of them skipping down the street. All of it. Anytime I spent off of my board was used fantasizing about being in Thrasher, but I was never good enough so I was lucky that I could draw.

In college, I got a pure mathematics degree, but really I was just doing what I thought was necessary to get a job so that I could skate and make art when I wasn’t working. This was when I had it all backward, art on the side was not going to push me towards being an artist, so I quit a bunch of structured jobs so that I could pursue painting and graphic design. I had just been laid off from a tutoring gig I had in a jail in Portland when I decided to just start reaching out to art directors for the skate companies that I was into. I blindly contacted dozens of people’s email address; I combed the internet for and pitched them all ideas for series… As it turns out, I got a reply pretty quickly from enjoying skateboards and I thought I figured it all out, I was gonna make a living doing skate graphics! It never occurred to me that it was dumb luck, but that didn’t stop my drive. Although it would be for another eight years before I would have another series in the skate industry, I never stopped designing.

I took on every medium that interested me, film photography, woodwork, zine making. I even applied for an MFA at a school for craft and design but the school apparently didn’t want my money. My mind tends to wander and then I focus pretty intently on whatever piques my interest, so on a road trip through Nashville we stumbled upon a Nudie Cohn exhibit that showed off his wild suits that were emblazoned with chain stitching (a term that I had learned that day) and rhinestones. I had never seen this craft before so I assumed it was all handmade which made it all seem like the moon to me. His work is the spark for me into embroidery but the fire to do something about didn’t come for years. I had seen someone operating an old Singer machine in 2017 and I became obsessed! It was the machine that I didn’t know existed but instantly felt like I could get into making some wild stuff. It turns out they were really hard to find then, but after about six months of looking and asking around, I found one and then I was off to the races. I didn’t know anything about sewing, or fabric, or industrial sewing machines, or even who to ask.

So I, like everyone else to takes on these old machines, had to figure it out all on my own. There weren’t any youtube tutorials on how to operate or even fix these machines, which is just about where I like to be. So I quit my teaching career of about ten years to give everything I have toward making creativity my source of survival… lots of odd jobs, frustrating nights trying to figure out the machine and a few pieces that made me feel like I was getting somewhere. I’ve made some really great pieces that I am super proud of, and recently I have been pushing the scale and dimensions of current works. It’s scary to take a chance on yourself, and that doesn’t go away, especially with the pandemic changing my reliance on event-based work. Ultimately, I found skateboarding and in turn I believed anything was possible, and eventually, I took that leap… I really do love what I am delving into right now. It feels like I’m onto something here.

Alright, so let’s dig a little deeper into the story – has it been an easy path overall and if not, what were the challenges you’ve had to overcome?
Creatively, the bumps in the road come with the territory. The machine I use, a singer 114w103, seems to align quite well with my meticulous tendencies. I was spending hours each day in the beginning just trying to get thread to move the way I wanted without breaking or dropping threads. So I guess you could say that learning to use an embroidery machine like this was just as frustrating as any other medium for me because I taught myself how to do it all. After all, I never got into that art school. Career-wise, well, that still feels really bumpy. The biggest struggle is ignoring the fear that there won’t be more work in the days, weeks and months ahead (even before the pandemic). I am lucky that I believe in what I do now more than anything else. The creative world has some pitfalls, but I do my best to work hard, be prompt and admit faults.

Thanks – so what else should our readers know about your work and what you’re currently focused on?
Generically, I am a designer. From graphic design, painting, web design and embroidery, I do a lot of different things that stem from the same creative core. I would say that I am known more so for the embroidery work that I have done in the last year or so than any other design work that I have done, which is great because I am just getting warmed up. I specialize in chain stitch and chenille embroidery. It’s not done by hand. The machine I use is from back in the 1930’s so it is all hand-driven. It’s very much like drawing with thread but in a very odd orientation. The handle is below the table and it has a 360 degree range of motion, so you are only limited on how small you can go.

I’m trying to go as big as possible lately, which is time-consuming but very rewarding. I am most proud of the newest work that I getting ready to show. It’s a large mosaic of embroidered panels that combine chenille, chain stitch and some woodwork made from skateboards. Right now, it seems like chain stitching is reserved for garment customization and the cream of that crop is the western-wear suits for musicians (which is so great since it harkens back to my first interaction with the Nudie Cohn work) so the fact that I am pursuing sculpture and large-format pieces along with the media I am incorporating outside of the textile realm makes me stand out. I love the whole community of chain stitches, there’s plenty of room for all of us to push ourselves.

Let’s talk about our city – what do you love? What do you not love?
Lately, Los Angeles has been wearing on me… I grew up in the valley, I went to college at CSUN, I lived in Portland, Oregon for just under two years, and then right back here. The people that run this city are clearly not trying to make it a better place to live for everyone and I don’t have the resources to immediately impact the major problems that plague Los Angeles. As a high school teacher, I tried to imbue knowledge and empathy which feels like the message we need to be putting out there. I do like that this city has real potential, the new DA came in big on his first decree, eliminating cash bails along with a lot more progressive reforms to the city’s justice system. So I guess I’m focusing on that positive right now. 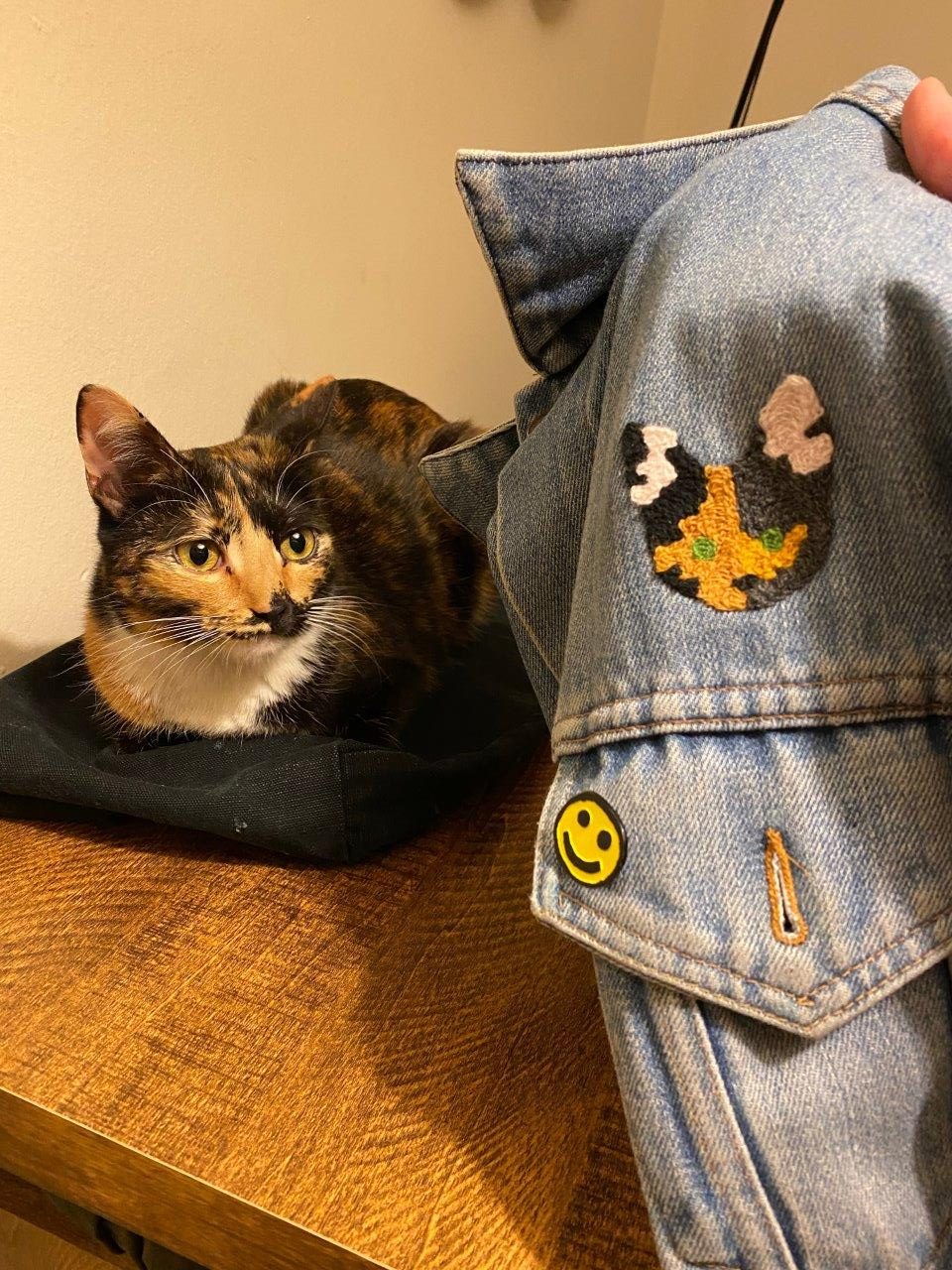