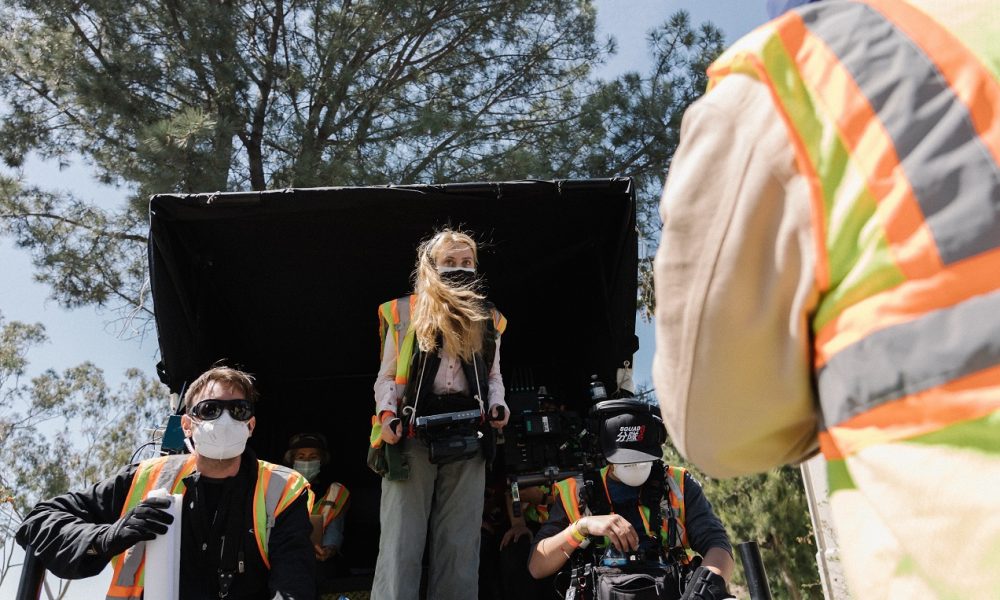 Today we’d like to introduce you to Ira (Irina) Storozhenko.

Hi Ira (Irina), please kick things off for us with an introduction to yourself and your story.
I decided to get into film directing when I was sixteen. I don’t think it was a conscious decision but I do remember the strong desire I had. I could not imagine doing anything else but telling stories by juxtaposing images. However, my parents did not want me to get into filmmaking because in Russia, it was equal to being unemployed until the rest of your life (at least back then, it was one of the prime stereotypes my parents had along with all other prejudices). I had to fight hard for my choice. I rejected applying to any other universities except the All-Russian State University of Cinematography. That decision caused a big scandal in my family. I got through the first tour and realized that I had a big obstacle on my way. Due to my age (I was 16 when I was applying into the program), many teachers thought that I was too young to be a director. My chances were very low. Magically, I got in. And since that time, I had to prove every day, every hour to all teachers and to my parents that I deserve the career I wanted. I can’t say that it has been easy but I never had any single moment when I would be hesitant about the choice I’ve made. After I graduated Russian University and had a few years working in Russian film industry, I decided to try my luck and apply into AFI Conservatory. It sounded crazy back then. I was ready to leave everything I was working hard for in Russia and completely change my life. It was not an easy decision but it felt so right.

I applied to AFI Conservatory. I remember how nervous I was when it was time to hear the decision – I could not even open an email from AFI and I had to ask my friend to do it for me. I got accepted into the program. I was happy and very excited to begin my first steps in Hollywood as a filmmaker.

Would you say it’s been a smooth road, and if not what are some of the biggest challenges you’ve faced along the way?
I think every creative person has challenges on the way towards success.

Coming from Russia, I was prepared to work twice as hard to achieve the best possible result. Back in my country, I had faced so many times the situation when my voice would not be heard and my ideas would be constantly rejected. But I had a dream and a strong belief that one day it will be different. And since I entered AFI Conservatory – my dream has come true. I’ve met so many unique and talented people: classmates and mentors. And every one of them has always been very supportive.

My first biggest obstacle was the language. Moving to the US with the dream to pursue a master’s program in one of the best universities in the world, I had very limited English vocabulary and I knew that I would have to work very hard in order to meet all the deadlines. I came to California in August of 2017 not being able to say “fork” or “knife” in the restaurant and I knew that by the end of October, I would have to be able to communicate on the professional level of the academic language. I studied days and nights. And when I received my English test with the necessary score, I cried. I could not believe that I was able to achieve such a big progress in a very short period of time.

The other big challenge was the COVID – 19 pandemic. I was moving into the post – production with my thesis film when the pandemic hit the world. That was very difficult. I remember how I could not believe that it was happening. I thought it would last for a few weeks, then I hoped it would be just a few months and finally, I had to accept that it would be a new reality where I would have to learn how to navigate the filmmaking process in a different way.

Everything was new. The most challenging part was to learn how to work remotely.

I was very lucky to have very strong collaborators in my team. My producer Katherine D. May came up with the new schedule which was able to accommodate the new approach.

By the end of the day, I look back at that time and I feel very lucky that with the support from the school and from my team members we were able to complete the process and successfully finish the film.

Can you tell our readers more about what you do and what you think sets you apart from others?
I am a film director. I specialize in telling stories about people who are in a search of validation from the society and their journeys of self-acceptance. Being raised by a psychologist, I am very interested in developing characters with deep internal conflicts and track the influence of the internal struggles on their behaviour. I directed my first movie when I was 17. It was a short documentary film about a young virgin opera singer who could not accept her sexuality and release her emotions through the music. A year later that short film was screened at Moscow International Film Festival (one of the most prestigious film festivals in Russia.)

My next short film “Masterpiece” was about female issues and perfectionism. I was inspired by Ray Bradbury’s short fiction story ‘The Illustrated Man.’ “Masterpiece” got attention in Russia and around the world. It has been screened in many film festivals including an Oscar qualified Foyle Film Festival. It is currently available on Russian platform GEORUN.

During pandemic time, I was able to finish my beloved project “Juliet”. It is an AFI short movie which tells a story of a transgender teenage girl Serena. As a new girl in her new school, she’s quiet and shy, but she still dreams of being Juliet in the school play – like all the other girls. When she decides to audition for the lead role, the competition is high and her peers make it almost impossible, but she finds the courage to stand in the spotlight and accept herself just as she is.

“Juliet” has gotten noticed by many film festivals, including AFI Film Festival Showcase.

Also, during the pandemic, I got lucky to have an opportunity to make another interesting and very time important short film about an obsessively diligent ride-share driver who notices his high rating start to go down for no reason. He decides to go to extreme length to find out why people suddenly stopped liking him. I am currently in the post – production of this AFI short film.

Being surrounded by extremely talented classmates and fellows from other disciplines, I truly learned that every creative person is a unique storyteller. I believe my background is an important part of my creative vision.

In terms of your work and the industry, what are some of the changes you are expecting to see over the next five to ten years?
I believe that the industry of filmmaking is progressing day by day. I admire all diversity programs which have been created in order to raise the voice in society. I also know for a fact that the US filmmaking industry is a great example for every other country in the world. Russian film industry, for example, continues to learn from the U.S. filmmaking process every day. And I believe that one day Russia and some other countries will learn as well from the U.S. film industry the importance of the diverse voices on the screen.