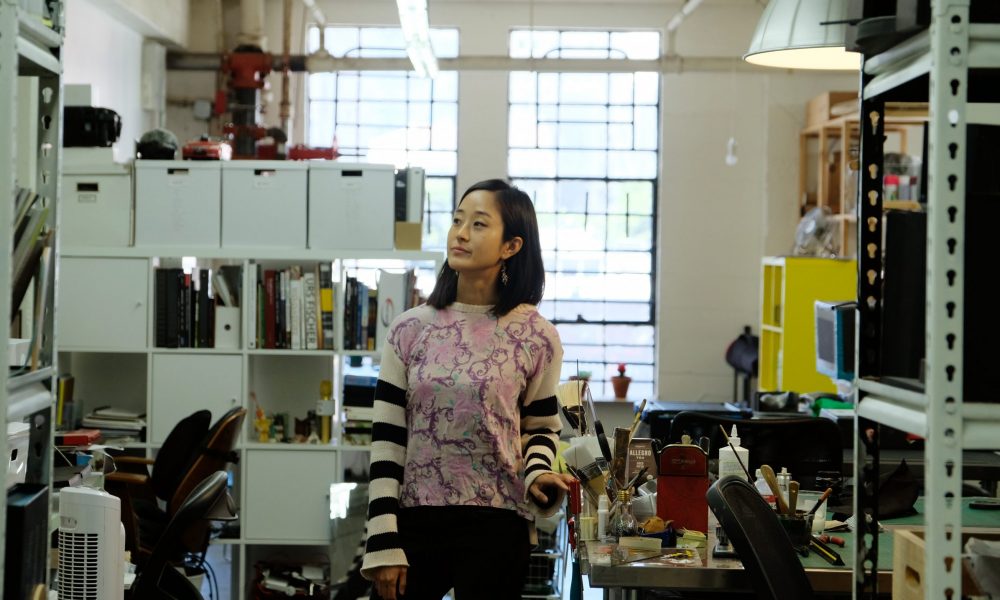 Today we’d like to introduce you to Hana Kim.

Hana, we’d love to hear your story and how you got to where you are today both personally and as an artist.
I grew up in Seoul, South Korea, with a filmmaker dad. Filmmaking was part of our family life; I sometimes starred as an extra on his set when he was short of personnel (ha) I would often join screenings of his favorite art films unwillingly as he occupied our one and only family TV all to himself. Under this environment, unknowingly I became familiar with visual storytelling. I went on to study graphic design in college but became thirsty for narrative art form. I could not pinpoint what it was, but I wanted to be part of that visual support in storytelling I watched growing up.

This led me to do more research in graduate schools outside of Korea, and I found UCLA. It offered classes on both production design in film and scenic design in theater. I thought I would be designing film when I first came to UCLA. I didn’t have any theater background beforehand, other than some basic club activity. However, as I started studying, I realized all movies that had deep impact on me were hyper theatrical films; Julie Taymor, Carlo Saura, and Paul Schrader’s works. In school, I fall in love with theatrical storytelling very quickly. My major was scenic design but I got to take a class on projection design on my second year. And everything clicked, my skillset as a graphic designer became handy in that discipline and I was blown away by the infinite possibility of projection design. I started volunteering to design projections on school shows and kept going- And here I am, still doing it.

We’d love to hear more about your art. What do you do and why and what do you hope others will take away from your work?
I create immersive space with moving images for live performing arts and installations. The process involves projection mapping, contents creation and system design, amongst other project-specific needs. I love bringing digital images into the real world and make them more tangible.

What do you know now that you wished you had learned earlier?
The biggest lesson I learnt myself was that every experience you go through become useful in your art. I have been interested in different things and was afraid of that when I was younger. There’s an old saying in Korea, dig up only one spot to get the well of water. I was afraid that I was digging up too many holes while I was growing up, as my dream changed from being a cartoonist to a journalist to a graphic designer to a production designer to a projection and scenic designer (no astronaut, surprisingly!) But at the end of the day, you are making a lake instead of a well by digging up so many spots – or that’s how I’d like to think. Every bit of interest that I indulged myself contributed immensely to what I do / who I am now. I think it’s important not to tunnel vision yourself into an existing mold, whether that’s your career or lifestyle.

Do you have any events or exhibitions coming up? Where would one go to see more of your work? How can people support you and your artwork?
Most recently, I worked on an immersive opera called Sweet Land. We had to close early due to Covid 19 outbreak, but we were able to record the show for streaming platform; http://stream.sweetlandopera.com/. Part of projection that cannot be featured in this recording is the opening sequence projection on a scrim, but I made a simple animation that replaced what we originally had in the show. It’s different, but the feel of it is there- Another part that could not be captured in recording is water projection, which you can see from my website or IG account. In terms of future projects, I imagine it would be difficult for a while to be able to put something in physical world for a lot of people to experience together. I still believe in the power of immersive communal experience, when there’s no health risk, of course. At the moment, I am brainstorming ways produce art that’s socially connecting but physically distancing. 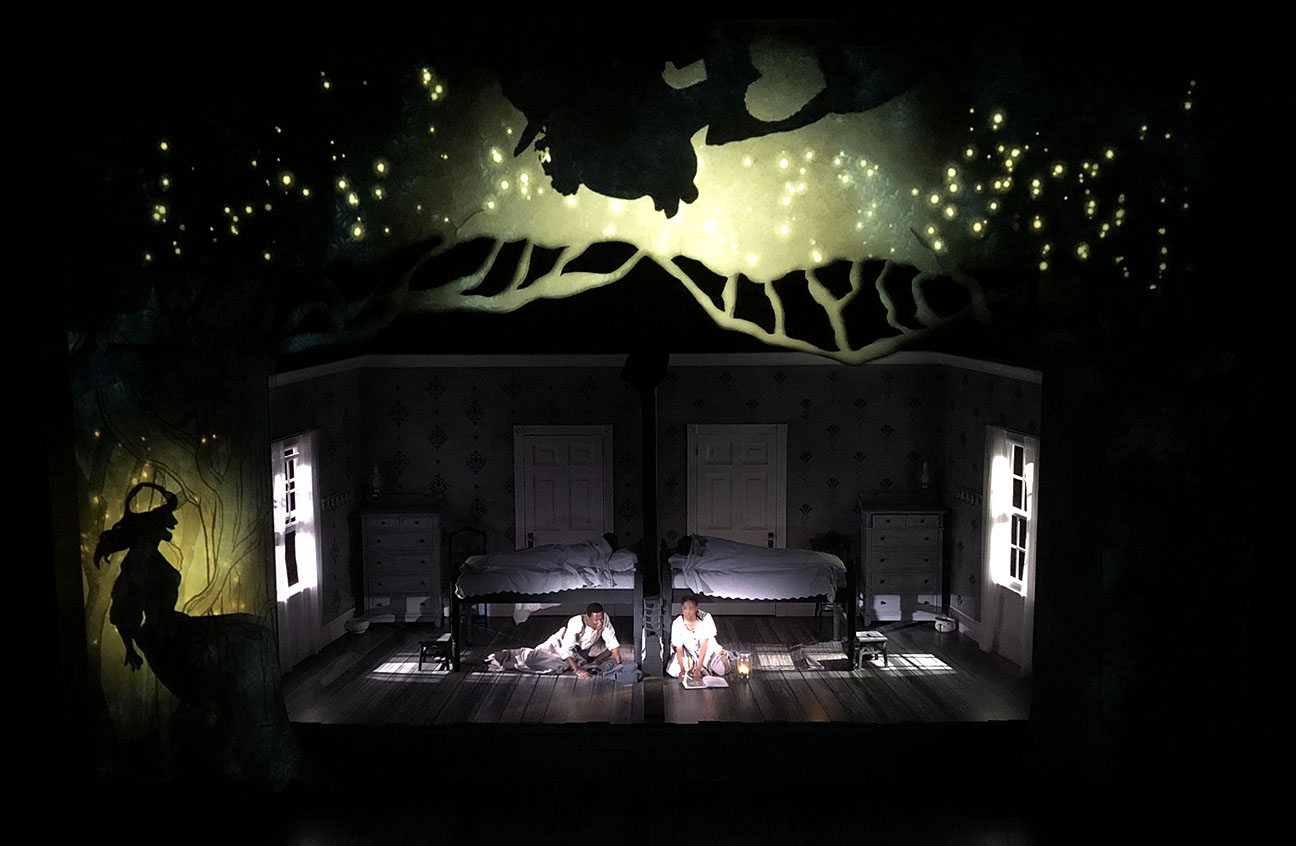 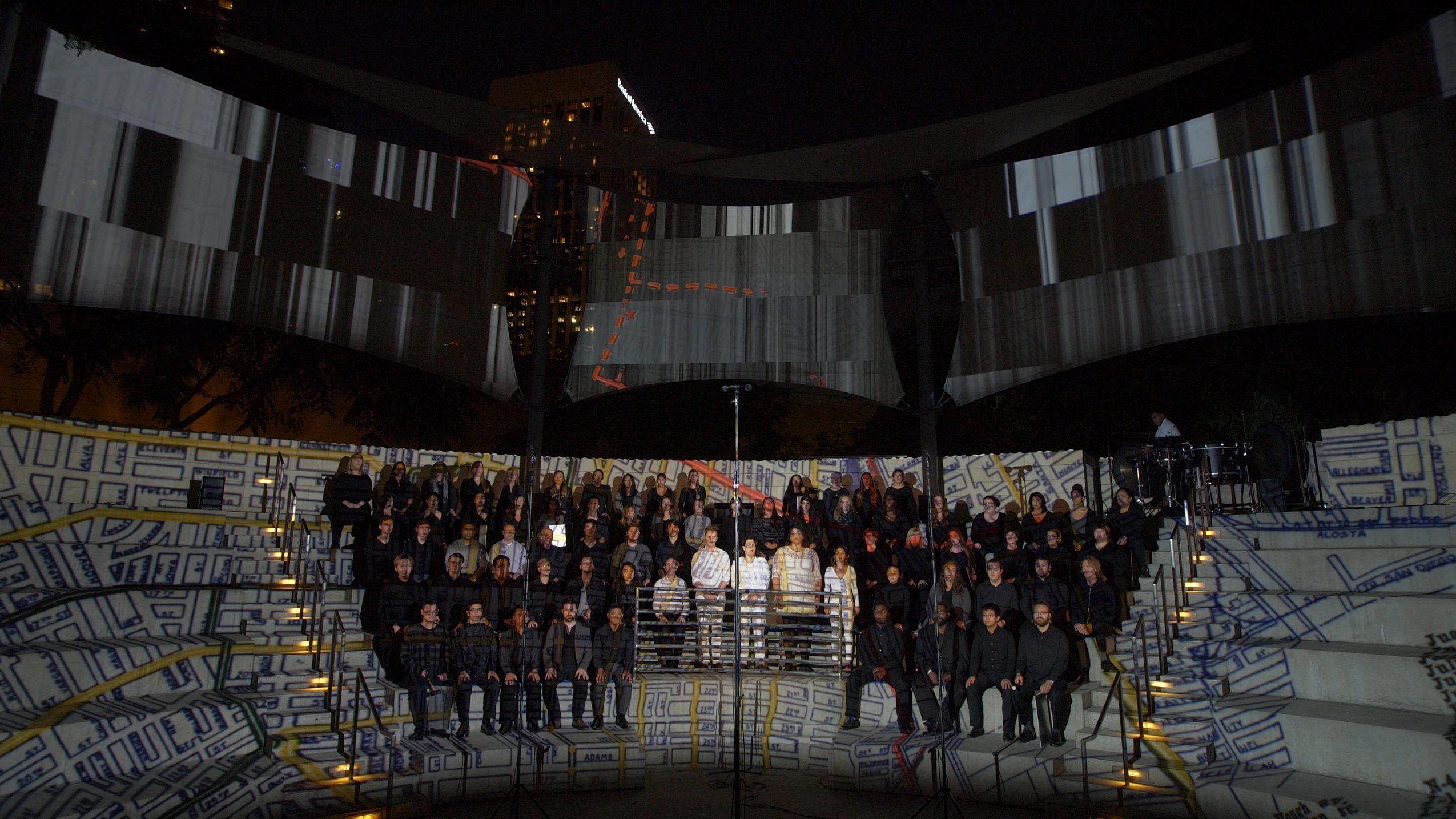 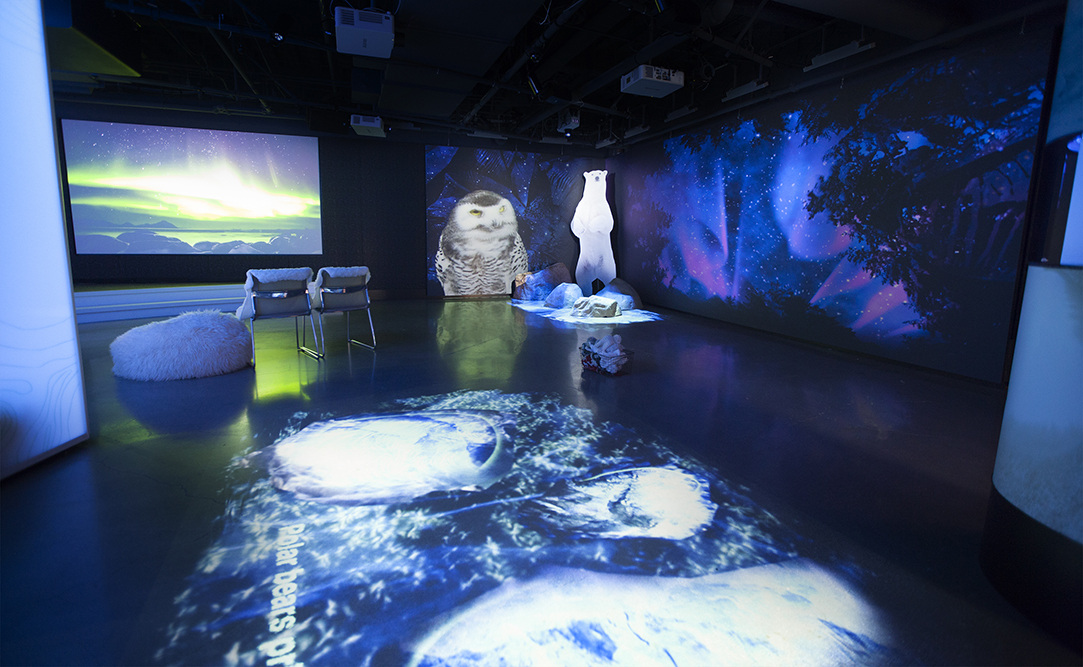 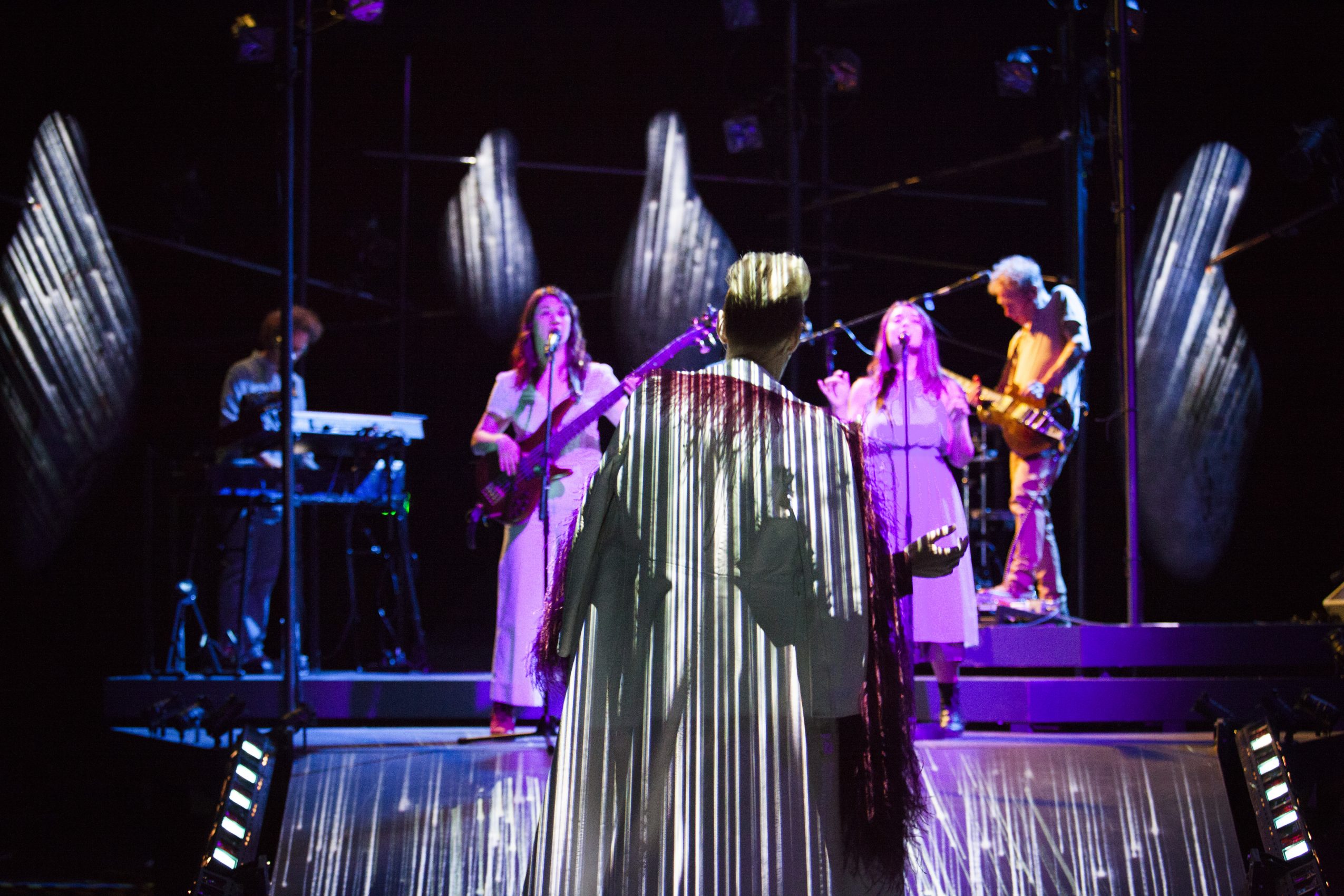 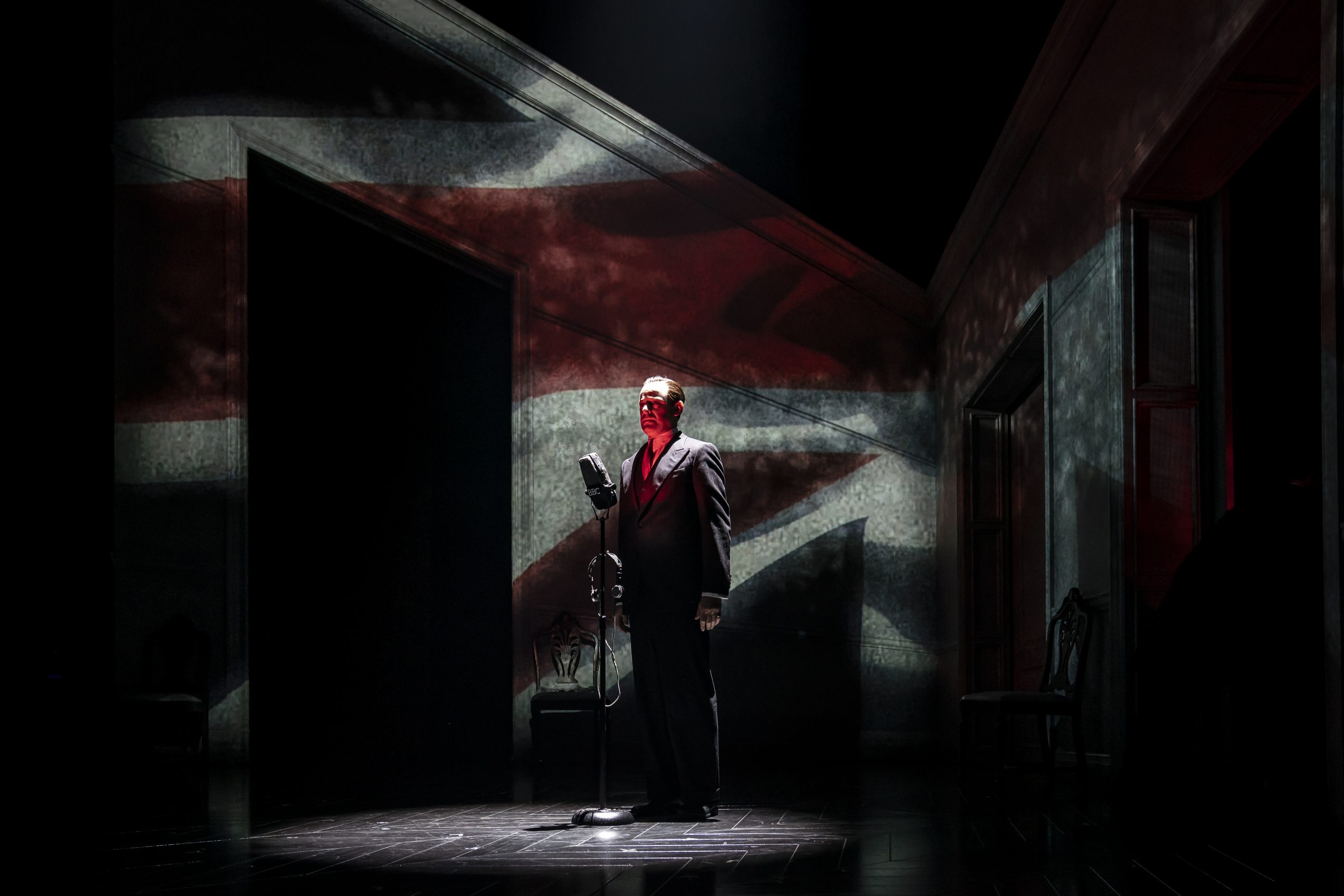 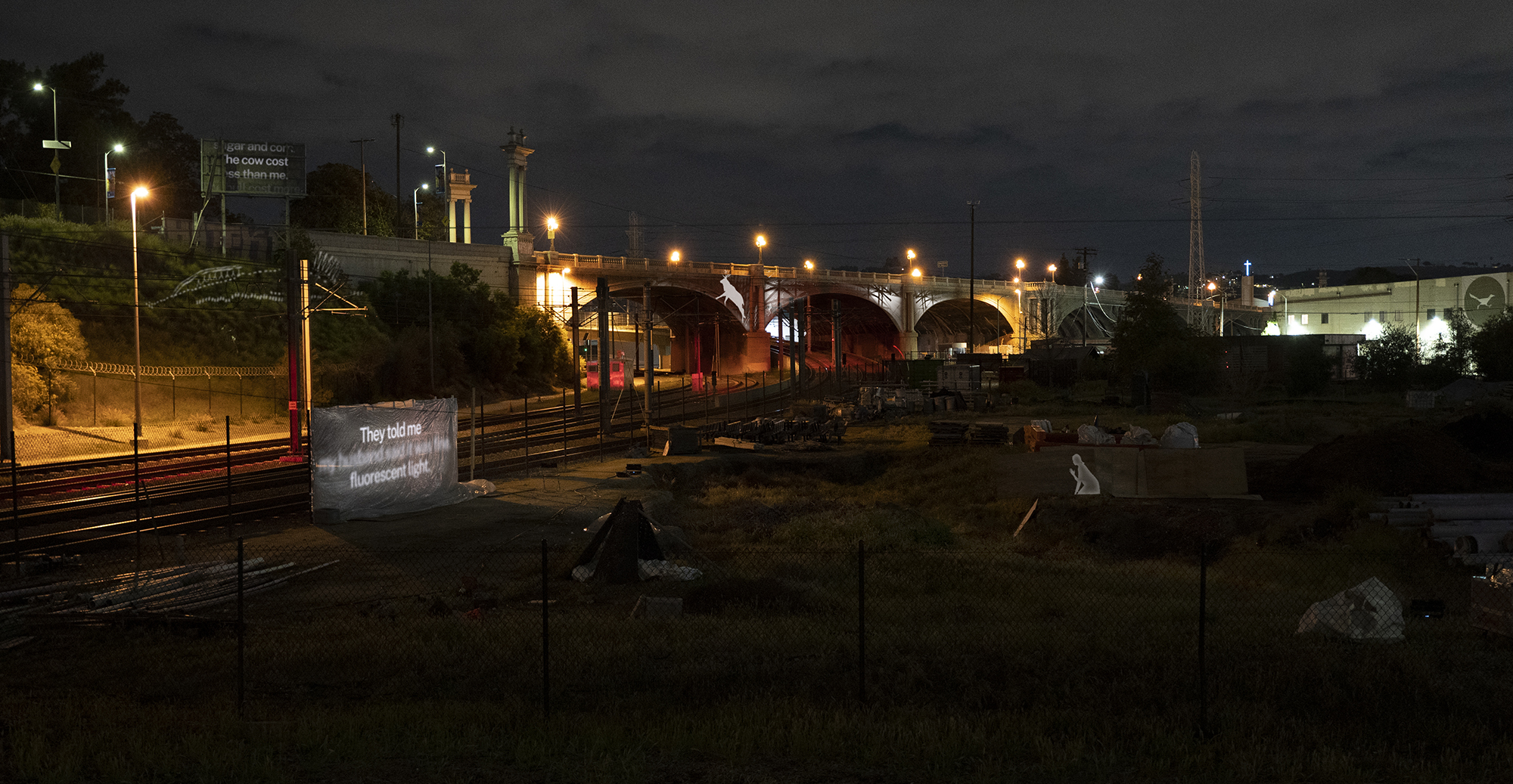 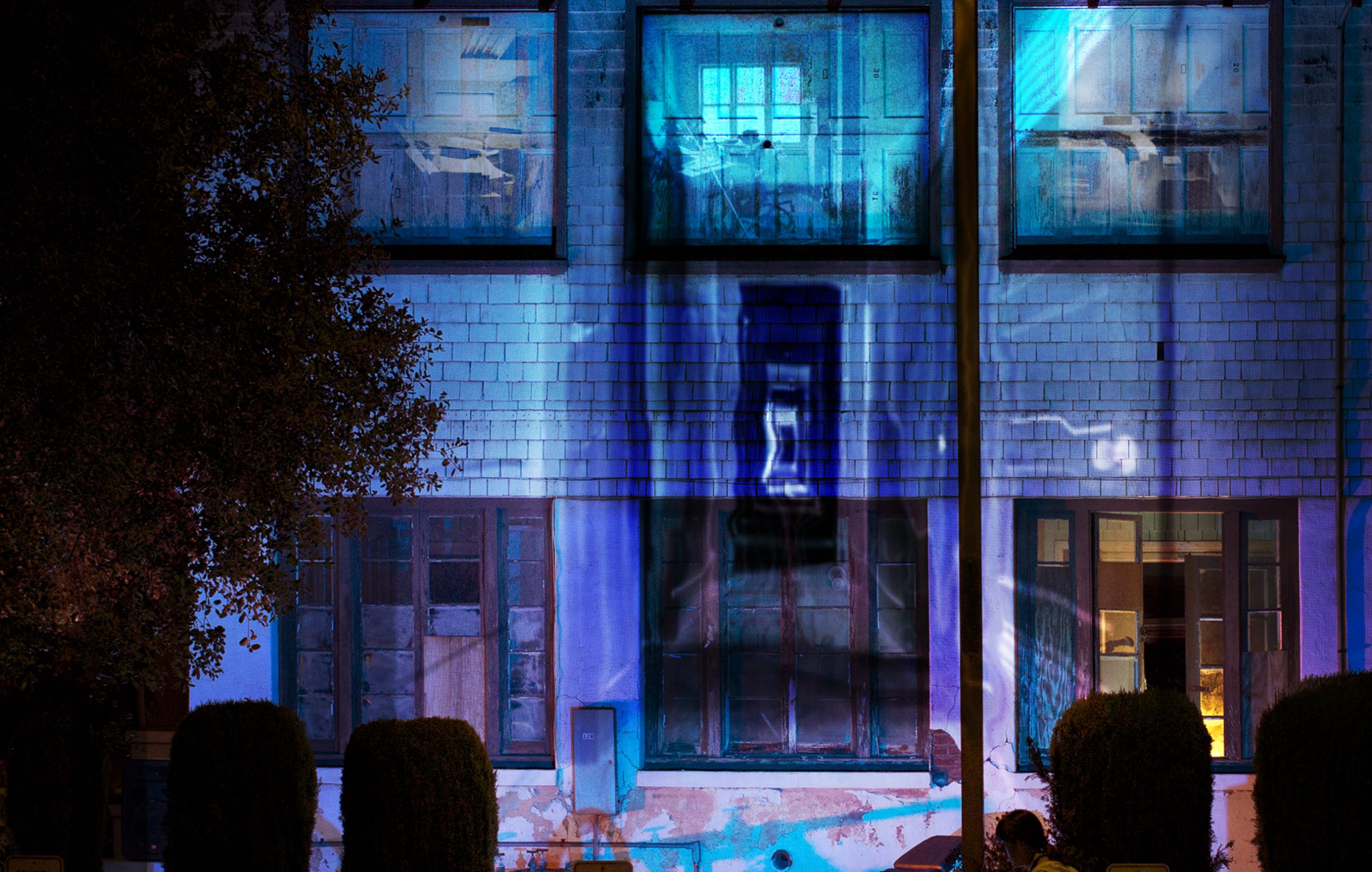