Today we’d like to introduce you to Ferguson Winston, Jerrod Smith, Willie Smith.

Ferguson, Jerrod, and Willie, we’d love to hear your story and how you got to where you are today both personally and as an artist.
We are, BadART x BOSC. A collaboration between L.A. based artist, Ferguson Draper Winston (BadART Prod. LLC), and Savannah, GA based artists, Jerrod and Willie Smith (The Brothers of Spontaneous Combustion). We’ve teamed up to create Project Blackguard. An animation based off of a web-comic that Jerrod and Willie have been creating for several years as BOSC Comics.

FERGUSON DRAPER WINSTON
In ‘86 I was born with a pencil in my hand. I came out the womb drawing, and never stopped… until I became a professional animator.

As a kid, I would always draw comics and comic book characters because I had this idea that I was going to do it professionally when I grew up. When I was nearing the end of my high school career, my dad said I HAD to go to college. I didn’t want to go to school anymore, but my dad said I could go to any kind of school I wanted to, but I had to go to college. So I picked art school… and apparently, I picked the most expensive one, SCAD.

So in 2004, my parents sent me off to art school, where I started taking classes geared towards making comics. But I already knew how to make comics. There were new rules and theories to learn, but overall, I had been doing this my whole life. I needed something new. I needed a new challenge. I wanted to see the characters I created move… so I switched my major to animation.

I worked hard, learned a lot, graduated in 2008 and eventually landed work in Atlanta, GA working on some Adult Swim shows in 2010. Most of my animation career in Atlanta was spent animating on the show, ARCHER for FX Network. During my nearly five years on that show is where I honed my skills and became an even more ambitious artist.

Also during that time, in early 2014, I finally read all the way through my partners, Willie and Jerrod’s, webcomic, Blackguard; and the idea for developing it into an animated series began to take shape.

JERROD SMITH
I’ve always been a little uncertain of which direction life was taking me. My brother Will and I discovered our love of creating characters and stories early on, but where Will was clearly developing skills as an artist, I wasn’t quite sure what my talent was. I was a straight-A student growing up, so the academic lifestyle was always pushed for me. I spent my last two years of high school at the South Carolina Governor’s School for Science and Mathematics and went on to get a bachelor’s degree in computer science from Clemson University. While doing all this, I was still secretly developing storylines for comics, TV shows and movies in my head.

After graduating college in 2009, I had three options for where to go next: continue school as a graduate student, start working in my field, or move to Savannah, GA with Will and explore the creative side I had been hiding for years. I chose the last option, and within a year, we came up with BlackGuard.

The journey of making BlackGuard happen pushed me to pick up various skills like lettering, script writing, and web design. I’m no expert in any of these fields, but I knew enough to get what was needed done. The most unexpected skill I’ve developed though has been comedy, which has greatly helped us create Project BlackGuard’s tone.

I started doing stand up comedy in 2013 as part of an attempt to push myself further outside of my comfort zone. What I didn’t know was that I would become addicted. I’ve been doing it for five years now, performing in Georgia, South Carolina, and Florida. Over time, I naturally began applying what I learned about comedy on stage towards writing funnier stories. Through stand up comedy, I also got involved with the media production group 21 Nuke Salute and began creating podcasts, short films and comedy sketches with them, allowing me to grow my comedic and storytelling abilities even more.

The Project BlackGuard animation is new territory for me, like many other projects I’ve gotten involved in over the past few years.

WILLIE SMITH
Like most artist, I began drawing when I was a child. However, as I grew older…never stopped. I took every opportunity I could to study the ins and outs of cartooning and illustration. From studying the comics I read as a kid, to entering the Academy for Arts, Sciences, and Technologies in High School to simply be around other artists to learn from them. Even going so far as to join the Army Reserves to help pay for my tuition at The Savannah College Of Art Design. All of these things I did, simply because I love telling stories on sheets of paper.

We’d love to hear more about your art. What do you do you do and why and what do you hope others will take away from your work?
FERGUSON DRAPER WINSTON
I’m an animator. I make static images move. For Project Blackguard, I’m the Director, Producer, Storyboard Artist, and had a hand in the Design, Animation, Compositing, and Editing. I use many programs to do the things I do, but mainly I use Toon Boom Harmony for animation/compositing, Clip Studio/ Photoshop for Storyboards/Layouts and Premiere to put it all together.

The idea of turning the webcomic, Blackguard, into an animated cartoon came in 2014 as The Boondocks was entering into its final season. I had the idea that, now is the time to create something to fill that void. But I didn’t have any good stories worth developing. That’s when Willie and Jerrod posted a new page on Facebook from their long-running webcomic. I sat down and read through the whole comic, and decided to approach them about turning it into a cartoon.

The message or inspiration for me, was to have characters that looked more like me represented as heroes in a cartoon/ television series, that was well written, touched on relevant topics and was fun. If Project Blackguard is ever developed into a full series, I hope people have fun with it. I hope it inspires other young artists to create their own stories, and their own shows and not wait on some company or network to give them permission to make it, but go out, hustle and create that vision on their own, for themselves. I also want to see kids have more options for costuming and dress up as the characters for Halloween.

WILLIE SMITH
From a storytelling point, I want people to see the same humor Jerrod, and I see whenever we watch a superhero film/tv show, or when we would play video games together. The banter we’d have back and forth with each other is very much the dialogue you hear amongst the characters in “Project BlackGuard.” I want people to see the limitless potential for satire in the world of superheroes.

From a personal point, I want people to know that having limited resources shouldn’t stop you from pursuing your dream. Jerrod and I were able to build a small fan base off of a dream, ambition, and a really crappy scanner. That’s all we had in the beginning.

The stereotype of a starving artist scares away many potentially talented artists from pursuing art – any advice or thoughts about how to deal with the financial concerns an aspiring artist might be concerned about?
WILLIE SMITH
Budgeting is a must. This means you won’t make it out to every party, or see every movie, or get every game that comes out. Learn how to cook a cheap meal. Learn to look at your day job as simply being a tool that allows you to pursue your goal. Don’t let your day job DEFINE you. Your title isn’t cook/sales associate/etc. Your title is ARTIST. Make your money, pay your bills, then set aside time for your craft.

FERGUSON DRAPER WINSTON
Learn how to save money. The arts are an unstable industry to be in, so learning to manage your money early is a crucial skill to have. Growing up, my parents made us tithe. Whenever we received money, we had to put aside 10% of our money to give in church, 10% to save, and the rest we could do whatever we wanted with. It becomes more difficult as an adult, but the general concept is the same. You have more responsibility and financial obligations as an adult, but find a way to save where you can, for as long as you can, to build yourself a little cushion in your bank account.

As far as pursuing your art while you’re killing yourself trying to pay rent, loans, etc.… you just have to fit it in where you can. If it’s your passion, you’ll find a way.

Do you have any events or exhibitions coming up? Where would one go to see more of your work? How can people support you and your artwork?
You can watch the first episode of Project Blackguard here…

You can support Project Blackguard by watching and sharing the animation. And by staying tuned for news of our future Kickstarter campaign to raise money for Episode 02.

And you can follow us on social media below: 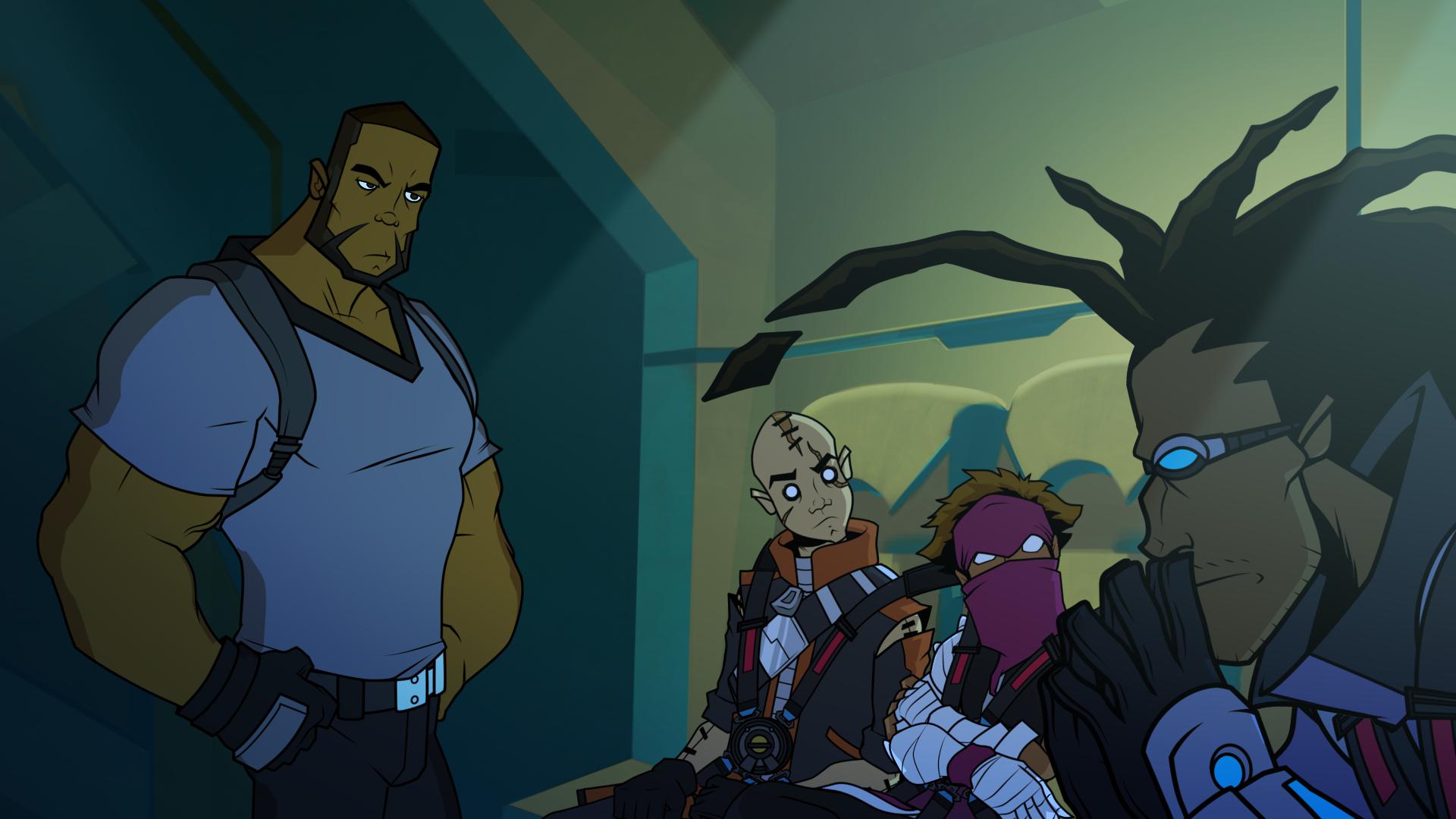 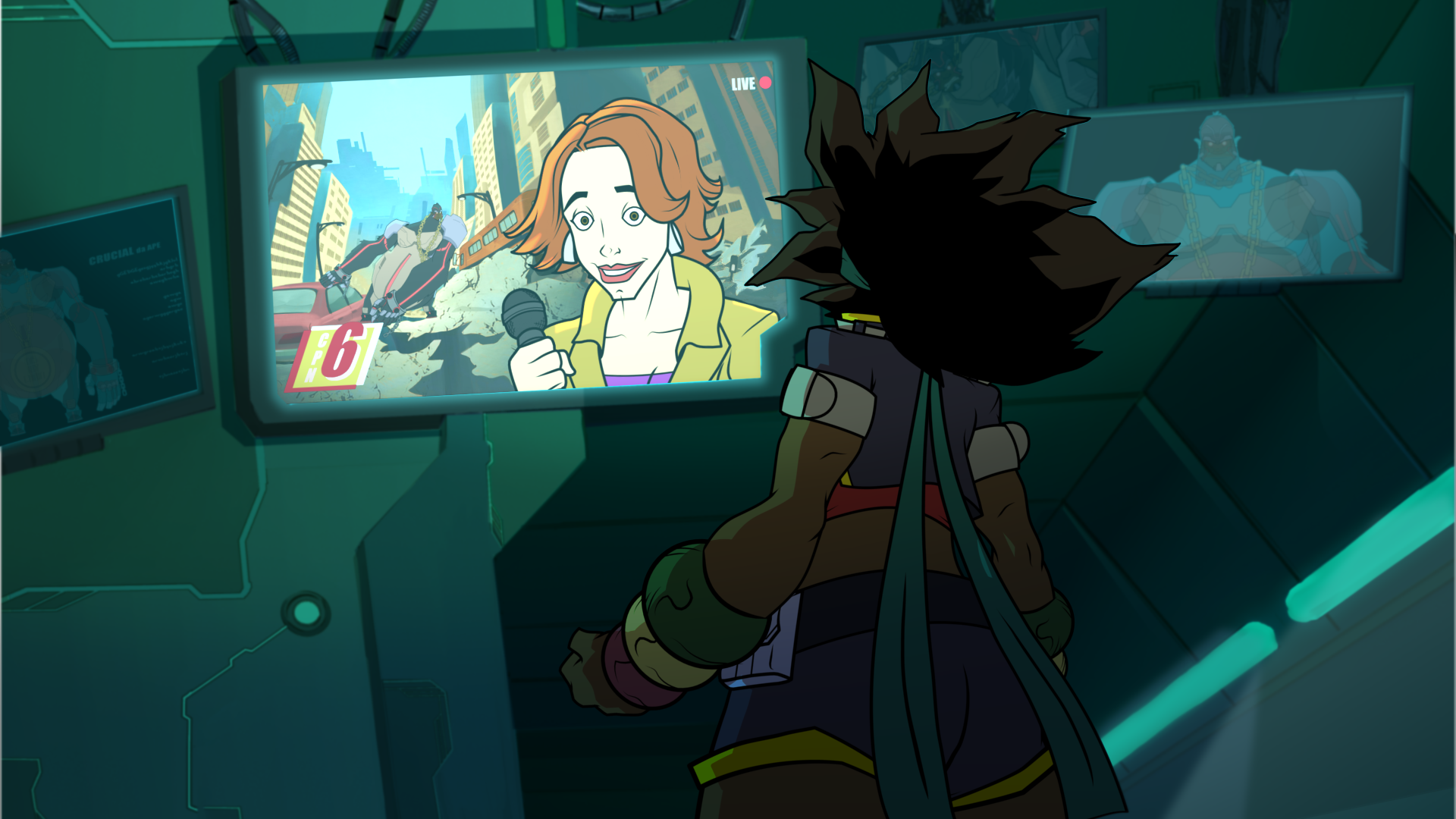 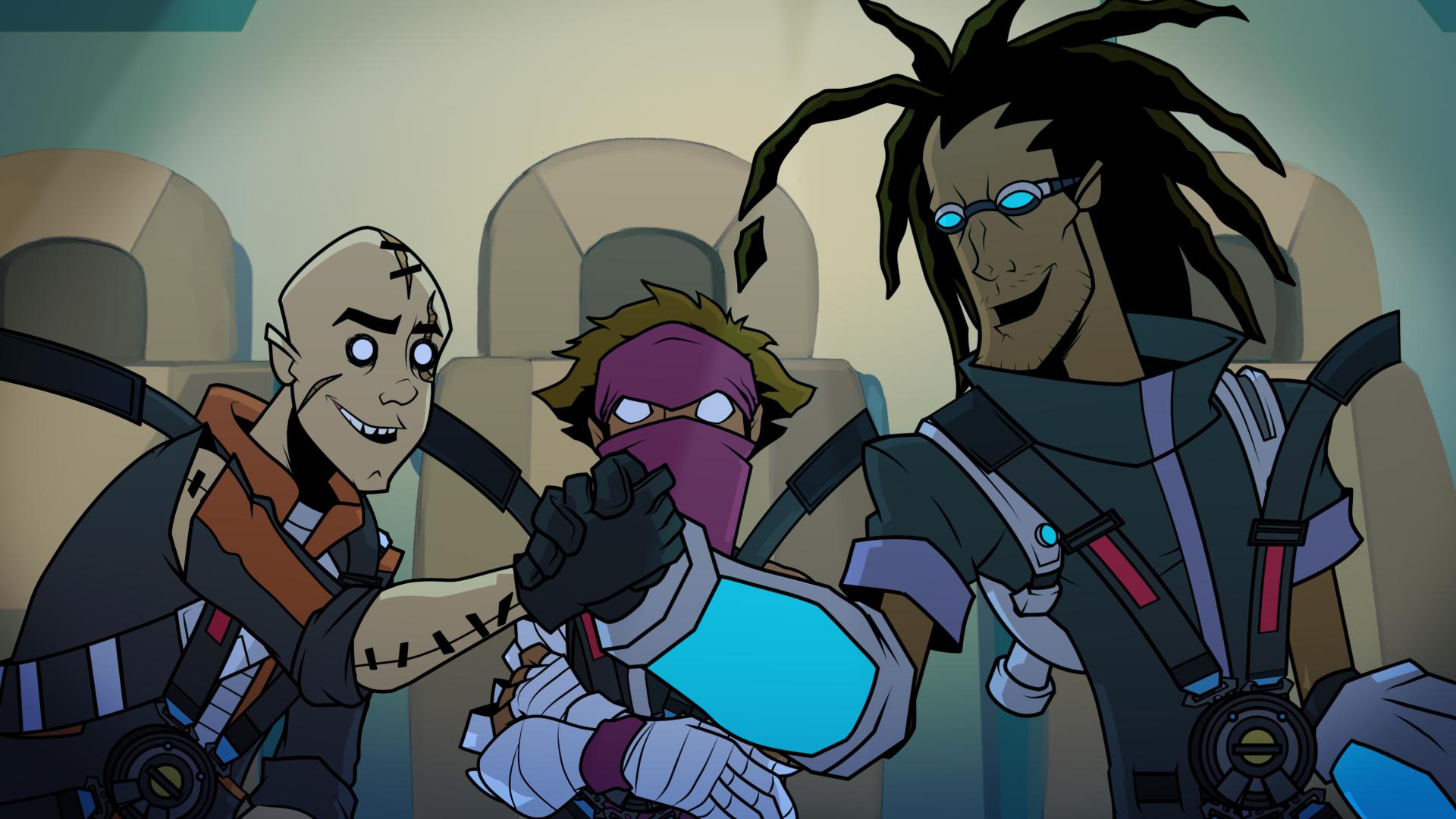 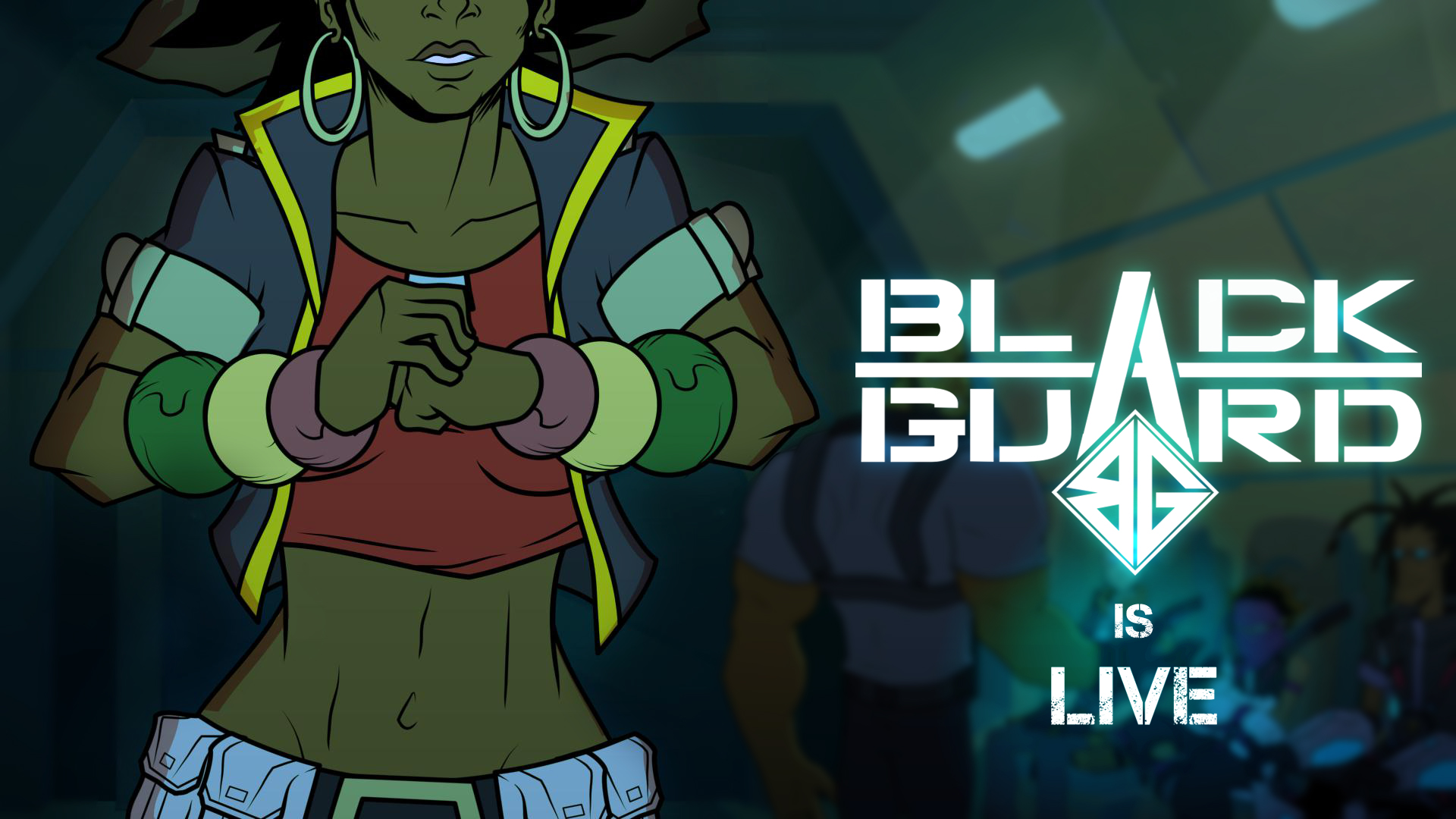 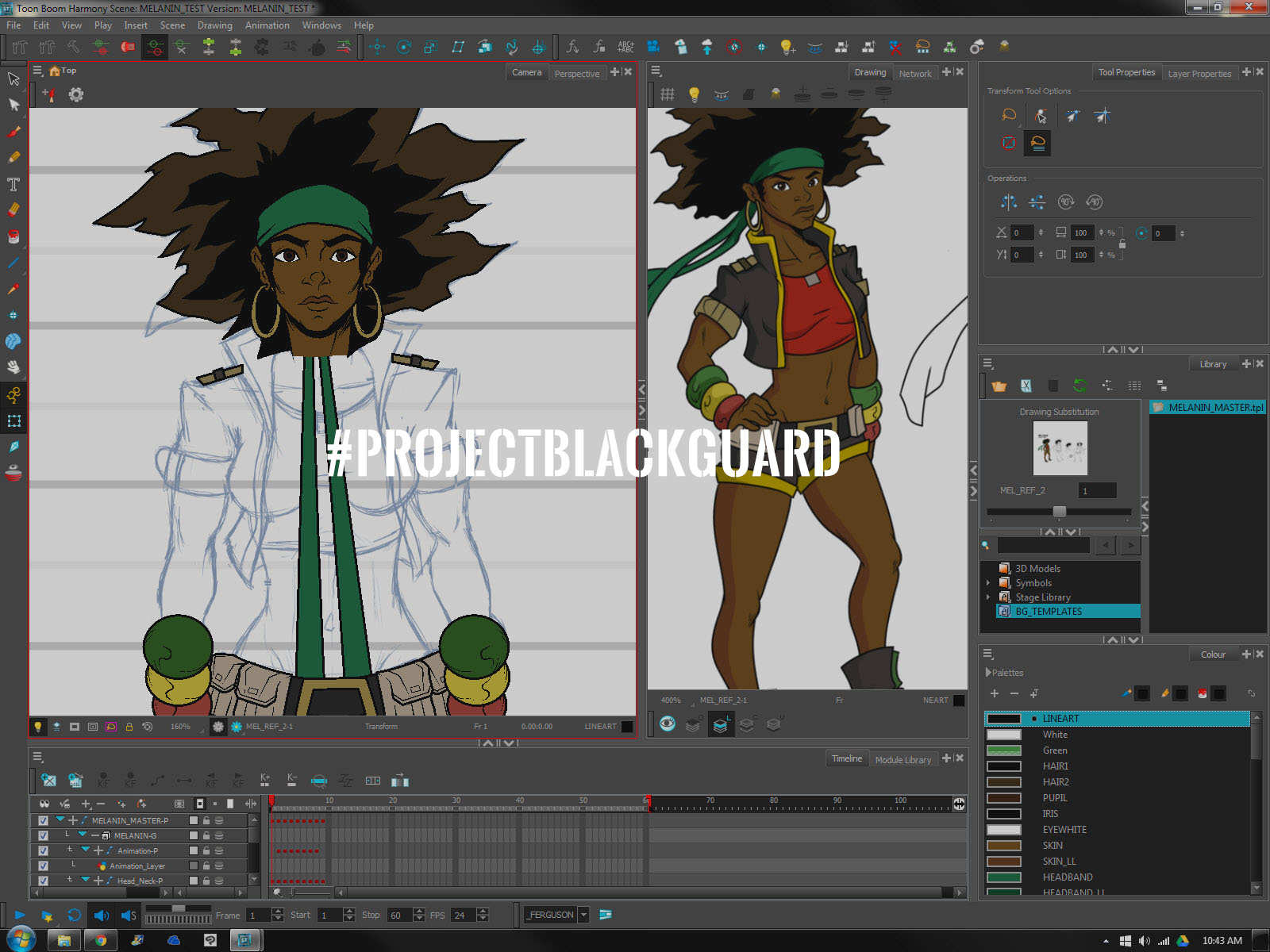 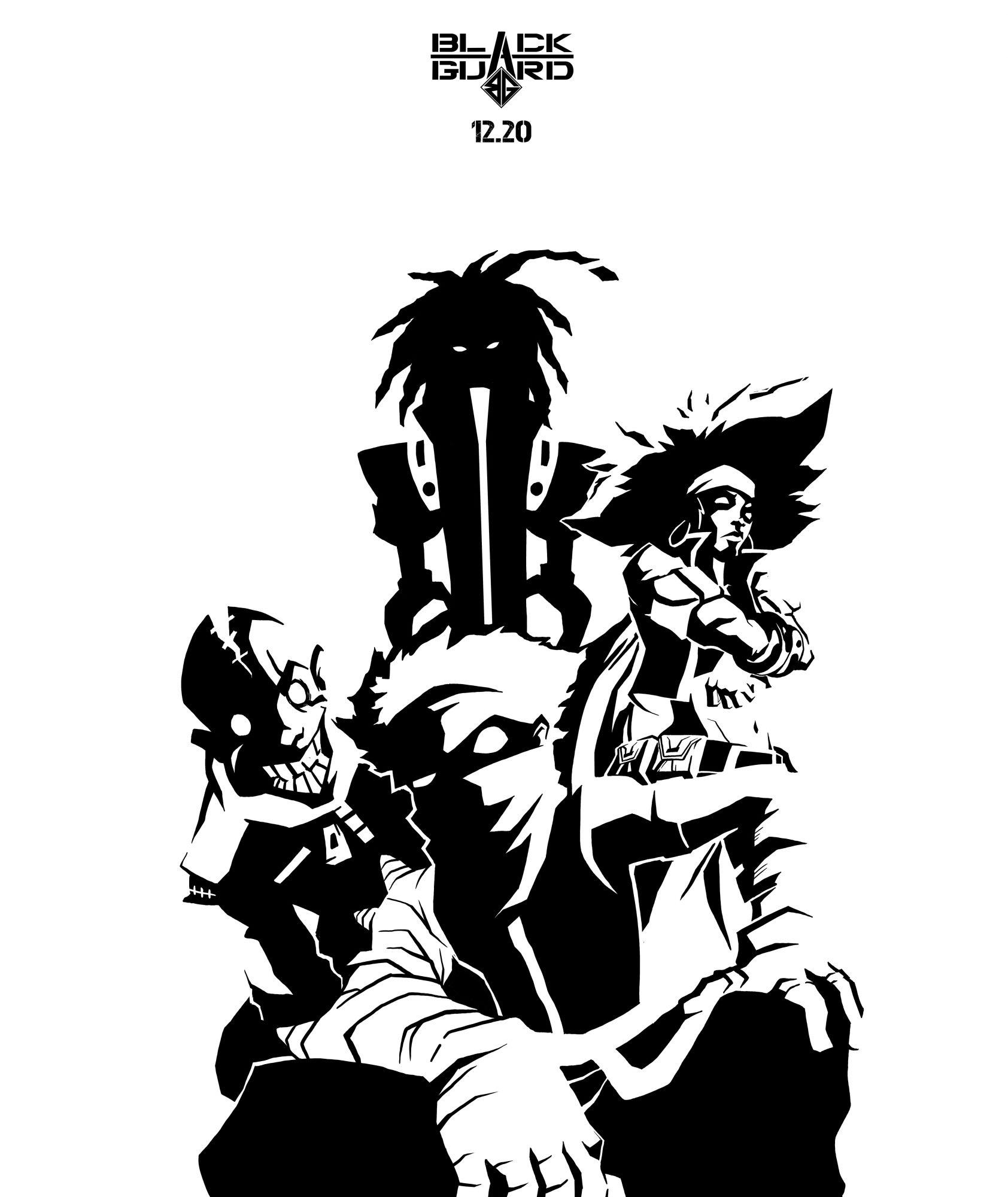 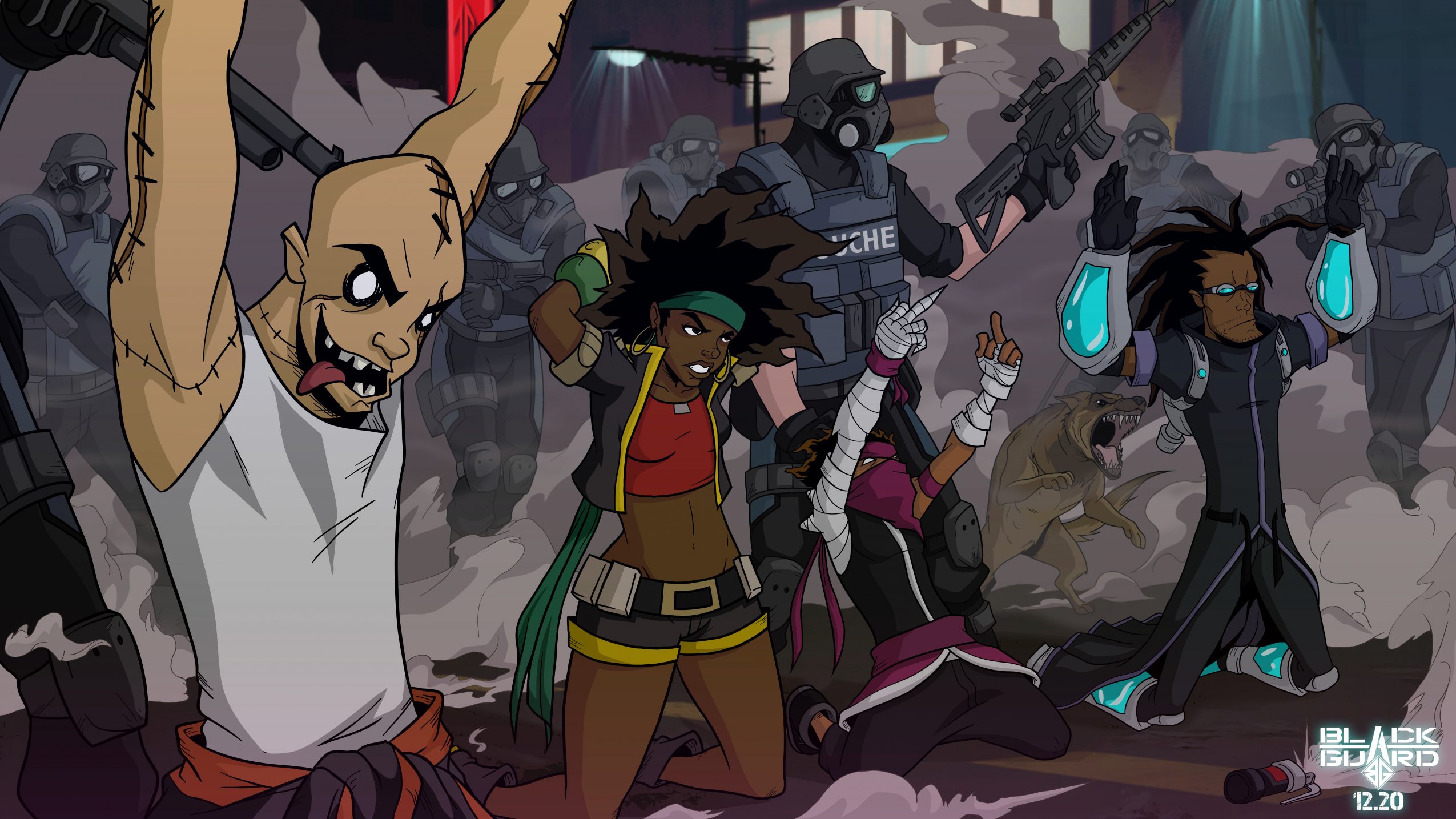