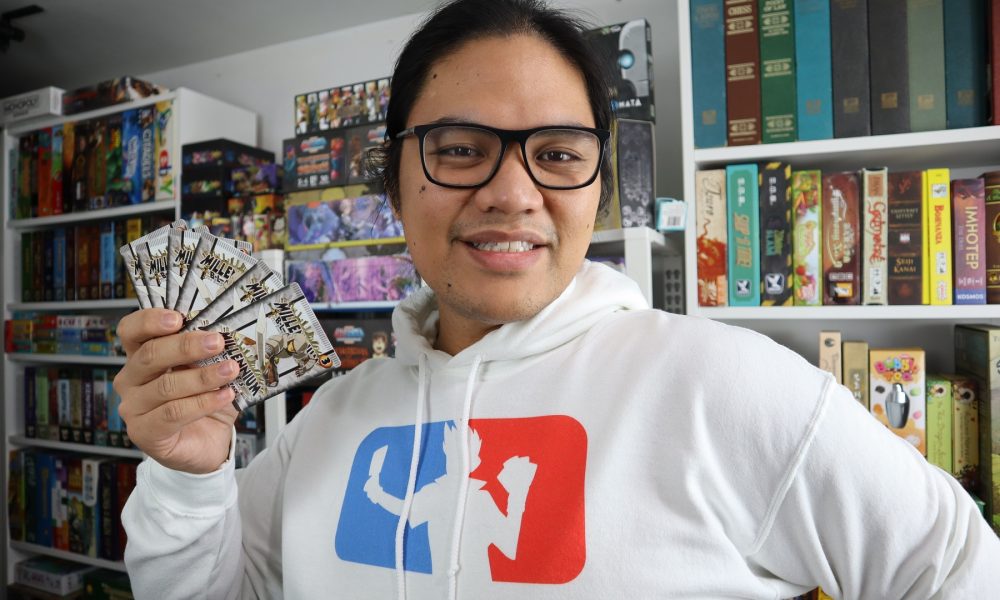 Today we’d like to introduce you to Ferdinand Capitulo.

Hi Ferdinand, so excited to have you with us today. What can you tell us about your story?
Before starting my channel, I got in to gaming back in the Fall of 2009. I was a reseller on eBay, going to swap meets, estate sales, and garage sales buying video games, books, and all sorts of trinkets. One day I found a board game. A bright red box with the title “Catan” with half its plastic wrap removed. I was curious since I did like board games, The only games I’ve played back then were “Monopoly”, “Risk”, mahjong, and traditional card games like poker and speed. Looking up the price for the game, I was a bit astonished to find out that it was worth something. Now I was even more curious. I had decision to make: to sell the game for some extra cash or to play and hopefully has some fun with. I said, well if go well, then I could always selling anyway. So I taught it the day after Thanksgiving and we had a blast. This was my first step into modern games, and I was totally amazed and instantly became hook as I never could have imagined board games could be this fun.

A few years later, I became more passionate about board games… I build up a small collection of games and I watched content creators on YouTube to know all about board games. Tom, a reviewer on the “Dice Tower” and Rodney Smith who teaches board games on “Watch it Played” were just some people who inspired me to make my channel. What really pushed it forward was a little game called “BattleCon” from Level 99 Games. This was my complete turning point on how I view games. For this 2D fighter card game simulator, BatleCon was to me that perfect match of combining theme and game mechanism. I still remember the day I’ve played 20 matches in one night with my friends. So I began my very first video in the Fall of 2013 after asking for a camera for my birthday (it was small one but I needed to begin somewhere!). I wanted to tell the world about my favorite game.No only to tell why it was good, but I wanted people to know how it was played. I didn’t want to make another review channel. I wanted to make it so the viewer would know how the game was played. I think the reason for this was because I was always teaching the game to whom I played games with. I’ve even started my own board game club at my University and I was there with the games and ready to teach. I think teaching games take some certain skills that can only be gain through just doing it, but I can’t always be there.

By creating these videos, I could teach the world. There were much-needed improvements I wanted to make after that first video. My speech was the best and the video looks ok. I wanted more and I wanted to make the video more appealing to both the eyes and ears. I don’t have any acting or voice over training, so I just read books and watch videos. I have to understand mics and editing programs (good thing I studied music in school). I also started to script each video so I won’t miss a thing when I film. Next, I wanted more visual effects. What I saw from board game video creators was just two moves, an intro and an outro, with a live video portion in the main part of the video. I couldn’t stand watching a 10 minute explanation about a video with bad lighting, ad lib, and jittery camera changes (understand this was just only ten years ago). I decided to learn graphic motion and animation in After Effects. It was truly a bear to learn and the only training was through online instruction videos. But I had an idea in mind to create a video that was engaging, easy to understand, and the viewer knows what’s happening in the game.

That video took two weeks, but I learned so much from knowing nothing to having at least basic knowledge of the program to make a decent video. That video was a completed animated how to play of “Pixel Tactics” another game from Level 99 Games. The President of the company D. Brad Talton, Jr. said it was one of the best videos he had ever seen. This is when I knew that I had something with this passion project. Today, I’m the video creator for that company. From there, I had something good to show to other game publishers to what I can do. Over the years, I continued to make more videos, show my work to publishers and continued to improve. I’ve been asked to promotional videos for crowdfunding sites (Kickstarter), animated GIFs of gameplay, and, of course, to make videos of how to play their game. I always wanted to work in the game industry as a child, but never did I suspect that I would be in this part of it. Board Games is becoming a big thing now and I know it will become bigger. More people want to play games, and I’ll be there on my channel to teach them.

Can you talk to us a bit about the challenges and lessons you’ve learned along the way. Looking back would you say it’s been easy or smooth in retrospect?
I think everyone knows about their first equipment wasn’t the best equipment. I have the sports cam. It was small and make some decent videos. But there was no way to charge it and filming only had about 30mins of filming time before I had to charge it. I also started on very cheap computer and rendering times and upload times for each video would take hours. I began my channel wearing gloves and the camera didn’t have a viewer that flipped to see on seeing end. So I need an assistant at all times. Now I only need to have my assistant on major projects. However, the gloves were just too much in the way especially picking up cards and little components. They also started two wear down after three videos. Start off was hard without a portfolio of your work to show to publishers and designers, especially when there wasn’t any. I didn’t have a job at the time so even acquiring games was hard and I have to make videos with that ones I have while I had to miss out on new releases and “hot” games.

Appreciate you sharing that. What else should we know about what you do?
I mainly creator how to play and review videos about designer/modern board games. I also work with publishers and designers to create a video for ads and promotional videos on crowdfunding sides such as Kickstarter. This video https://youtu.be/E8mgVf3YpVQ was my biggest turning about. Unfortunately, it was a flop, but it taught me how to use Adobe After Effects. I love to use digital visuals for my videos and I do this because it’s a lot clearer for the viewer to see, especially from a small device like a phone. Most board game components often have tiny details that can be hard for a live camera to see.

What sort of changes are you expecting over the next 5-10 years?
I still think the board game industry is a fairly young market and there’s always more games and ideas coming out. It’s hard to point out shifts and trends. On the other hand, games are becoming more condense. Many modern games today take about 1 hour to 1hour and a half to play. Design and ease f rules are more refined than before. People are a bit more forgiving about games with IP (intellectual properties) these days and the companies who are holding them are beginning to understand IP games can be good games instead of something that is a board game with an IP attached. Games are becoming more of an art and craft like books or movies, and not some sideline merchandise. 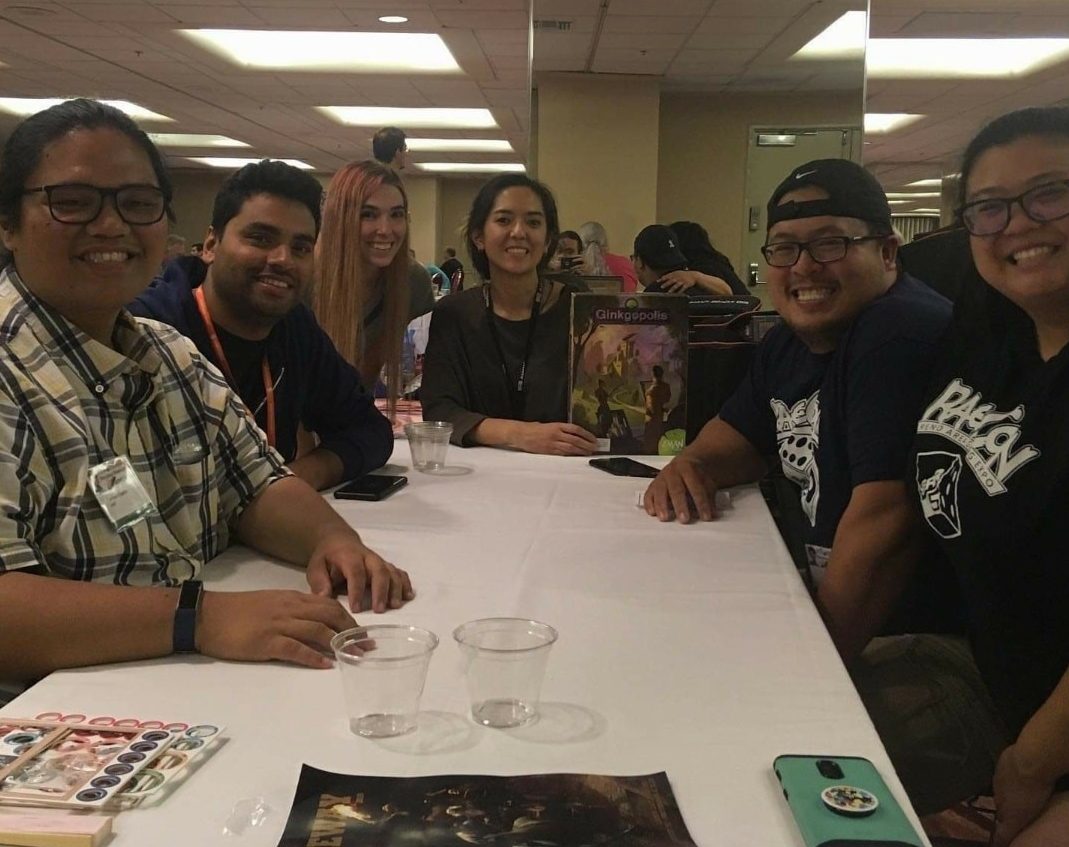 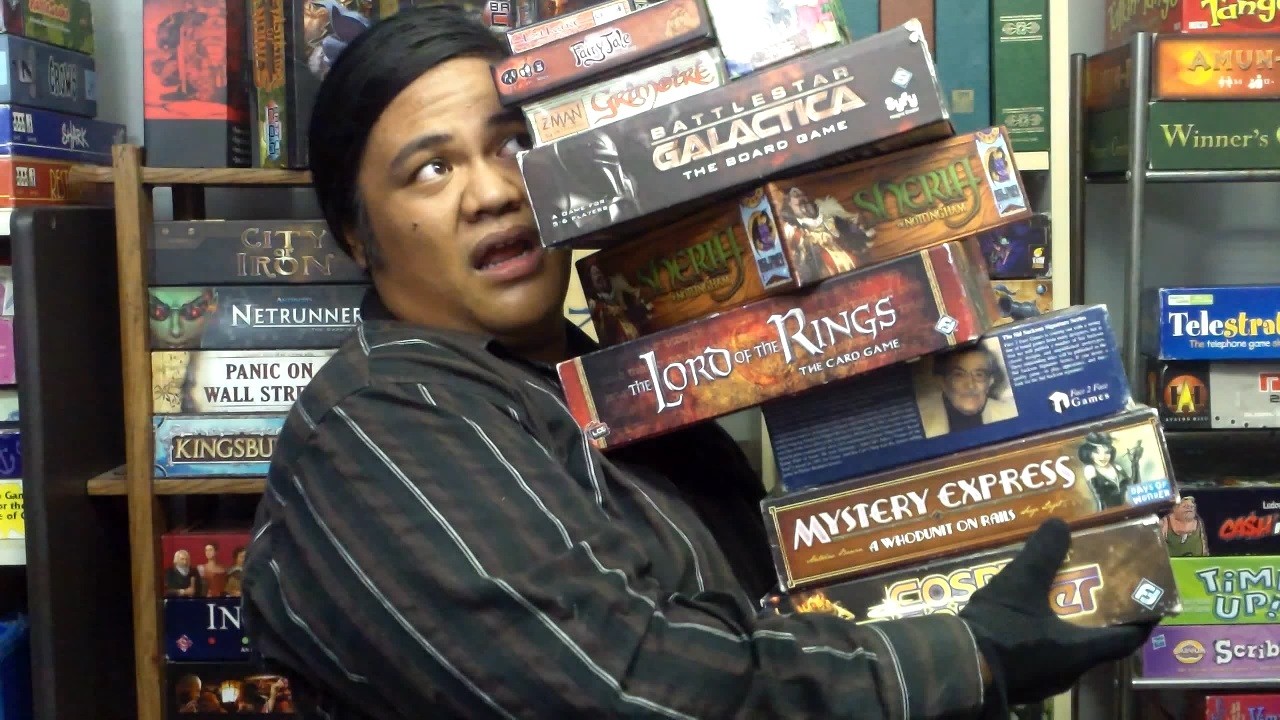 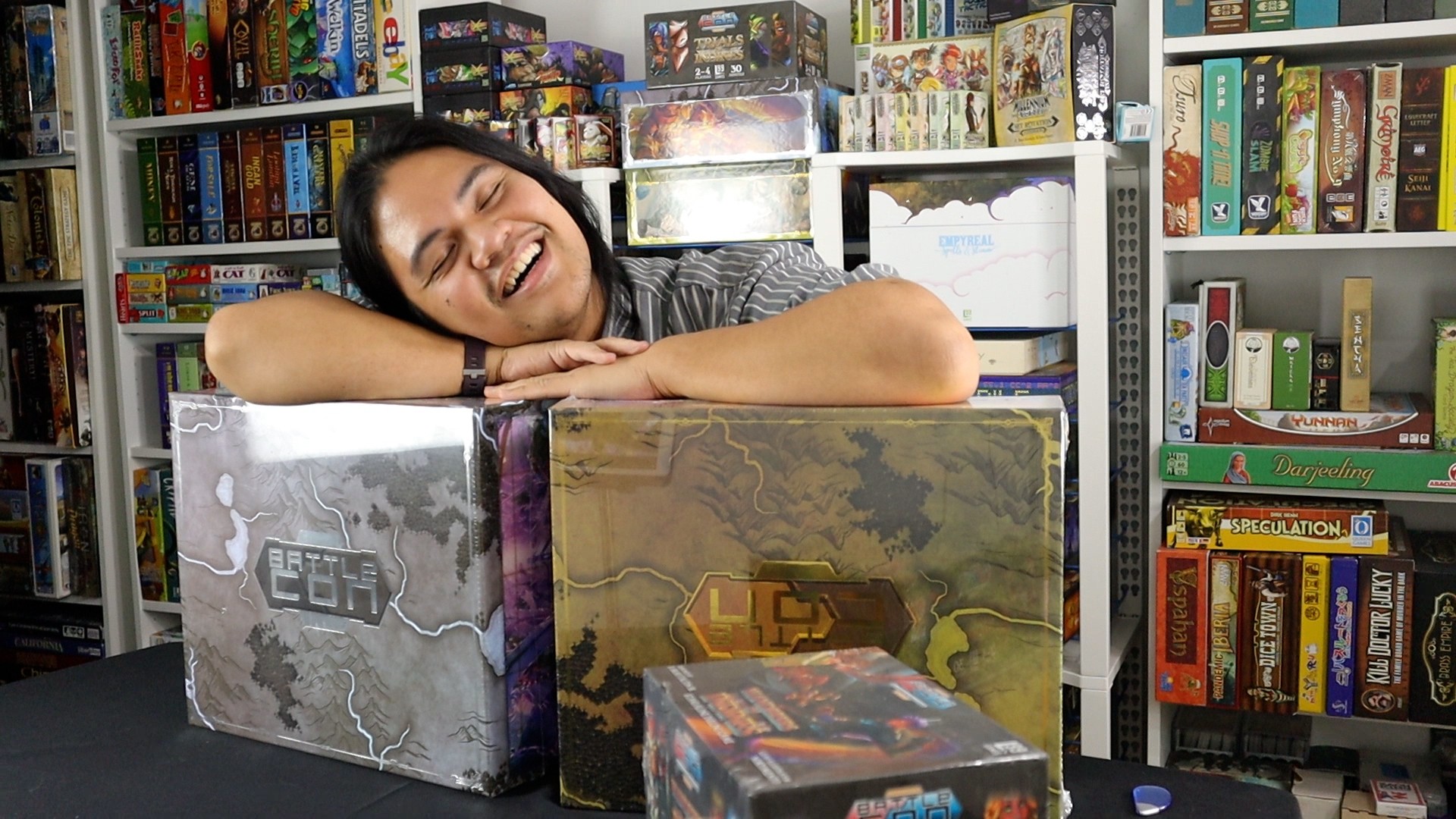