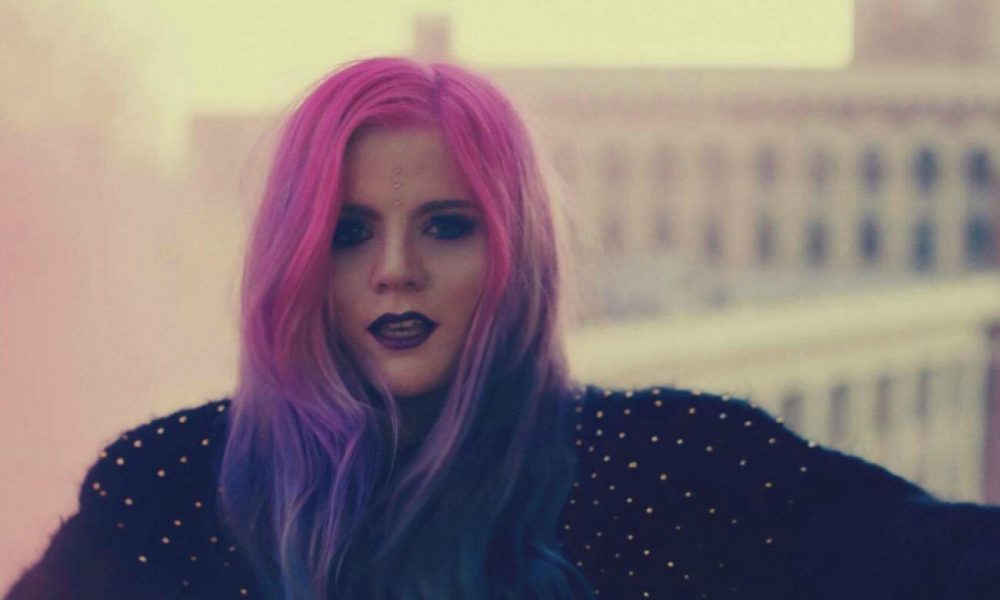 Every artist has a unique story. Can you briefly walk us through yours?
I’m a musician, actress, and director. I live in Hollywood, California. I moved to Los Angeles from Kilburn Park in London, and to London from the Lower East Side in Manhattan. I was an actor in the International Performance Ensemble with Pace University before heading to London to study at the British American Drama Academy. I finished my studies in Los Angeles at USC studying acting and pop music. They are my equal passions – choosing a favorite is impossible for me. Although both crafts are often categorized separately, for me, they are one and the same. I see them both as storytelling. My passion is storytelling – and, there are many ways to tell a story. I use music, acting and directing to tell mine.

Music was introduced into my life first. I grew up with strict classical training in multiple instruments. I began piano lessons in kindergarten. I trained and competed in classical piano up through high school. I also play the guitar, alto saxophone, drum set, and ukulele. I soon hope to add the clarinet and violin to my list. Learning instruments honestly feels like an addiction. Once you learn one, you want to play more of them. I studied music composition and film scoring at Interlochen Arts Academy in high school. I was competing in classical voice and studying music composition/music theory privately with an instructor at ASU. Although my training was traditionally classical, I was implementing what I learned into my songwriting. I loved writing pop music more than anything else. I started a songwriting club at my high school where we’d collaborate together and perform out in the city.

Music is what introduced me to acting. I discovered a passion for musical theatre and realized I loved sharing someone else’s story as much as my own. I enjoyed musical theatre but began focusing on straight plays and short films in high school. I was acting in youth theatre and community theatre throughout the city, participating in independent films and studying with an acting coach – preparing for my move to New York. I had the pleasure of acting in multiple productions during my time in New York, with one project, in particular, taking me to Eastern Europe to perform in multiple countries with my group. The following year, I had the opportunity to further my acting training at BADA (British American Drama Academy) and I jumped at the opportunity to further my study and live in London. I fell in love with the city during my time there and took advantage of the endless artistic opportunities. When I wasn’t in rehearsal, I was going to plays at the National Theatre or small, backroom stages in pub basements. I was performing my music at venues in Camden Town, I was roaming museums (which are free – thank you, London) and exploring international markets. The final destination in my acting study brought me to Los Angeles to study at the School of Dramatic Arts at USC. I signed with an agency out here and have been acting, auditioning and now, directing.

Please tell us about your art. What do you do / make / create? How? Why? What’s the message or inspiration, what do you hope people take away from it? What should we know about your artwork?
I act, make music, and direct. I love telling stories – whether it be a personal experience from my life or from someone else’s. I am most attracted to the road less traveled. I am intrigued by the darker stories and characters – people who are often overlooked, rejected or don’t fit in society. I often feel like a pariah myself and always try to vulnerably share that through my work. I hope people can relate to my work and know they’re not alone. I also like to create things with a whimsical and semi-surreal nature – hoping it will spark creativity in others to express themselves with abandon as well.

Musically, I am a songwriter, instrumentalist, vocalist and producer. My artist project is my main pursuit. My debut EP: Ugly Lovely, dropped May 31, 2019. I consistently released singles for three years before the EP, with one of them being placed as the theme song of the Amazon Original Series, The Adventures of Snow White and Rose Red. My next release is my single, “White Lies”, dropping October 25! Music, in my opinion, is the most relatable, uniting form of communication. A song can make people on opposite sides of the world feel the same thing – and I think that’s so beautiful.

Music, at least my artist project, is very personal. I’m sharing my story, my feelings and thoughts. With acting, it’s not about me. It’s about everyone else. It’s about stepping into the shoes of someone and sharing their story. I’ll never be a doctor, ballerina, athlete in the Olympics, firefighter, or military hero from history. But, with acting, I have the chance to step into their world. I see it as an important responsibility to them to bring their story justice. It’s most exciting to explore an environment drastically different from my own personal life. The further the character’s world is from my own, the more I have to discover.

When I was living in New York City, I played Cavale in Cowboy Mouth by Sam Shepard. Since then, I have been obsessed with Shepard’s collection of plays. When I moved to Los Angeles, I couldn’t quell the urge to bring another Shepard play to the stage. I decided to direct my first production. I chose Angel City. It was one of the most rewarding, exciting artistic experiences I have had. I never thought I’d direct. I realized the director’s role is similar to a conductor’s in an orchestra. They have a beautiful piece in front of them and decide how it’ll be delivered to the audience. That’s such an exciting job to have. Since then, I have gone from directing theatre to music videos. When I first began releasing music as an independent artist, I couldn’t afford to hire a director to make music videos. So, I decided to take the challenge on myself. It was difficult in the beginning and there were technical aspects to cinematography I spent countless hours having to learn. But, as time went on and more videos were under my belt, I really got the hang of it and began making visuals I never dreamt I could achieve on a low budget. I now have a production company with a few friends where we make music videos for artists. I am honored to help people tell their stories – whether that be musically or visually.

What do you think it takes to be successful as an artist?
Success will look differently to everyone. For me, success is being able to make a living as an artist. Success is creating work you’re proud of that impacts people. I love entertaining people and hope I can do so for the rest of my life. My dream is to encourage people when they’re feeling down, to get them dancing when they’re at a party, to bring a smile to their day or a vibe to their drive down Pacific Coast Highway. If my work can enhance their experience in any way, that’s a success to me.

I believe the crucial ingredients for success are discipline, practice, consistency, diligence, determination, confidence, creativity and passion. I believe talent is learned and earned. Sure, some people may have a natural knack or skill in something, but I think anyone can do anything they want – just put the work and time in. I think confidence is a primary element in most success stories. You have to believe in what you’re doing. The people around you may not always see what you’re made of. Every artist will be doubted and have haters to some degree. You have to know you are good enough – that you can do this (because you can). If the passion is there, you have enough of a reason to go for it. Anything you don’t know that you need to know can be learned and practiced. I don’t see art as an abstract secret at the end of a rainbow. It’s here. It’s real. Anyone can create it. It’s beautiful.

How or where can people see your work? How can people support your work?
You can find my artist project, Exxy, on all streaming services, iTunes, social media, etc. You can stay up to date on upcoming shows, releases and videos by following me on Instagram (all my links will be below). My next single, “White Lies” drops October 25th! You can peep my music videos on YouTube or my website.

For my directing and acting work, you can watch my reel and stay up to date by visiting my other website. One of my most rewarding video experiences was a commission from Planet Water to travel with their executive team to Cambodia and Thailand and write a song/film a music video for World Water Day. You can watch that video on my YouTube channel. Mavenne, an incredible alternative pop artist, just released her single “Faraway Far” along with the music video I directed. You can catch that on her website (www.mavennenow.com). I’m directing a few more videos for artists this month and I’ll be sharing clips on my Instagram as they are nearing release.

Thank you so much to everyone who listens and watches my work! I cannot express how much it means to me. Every stream and view helps. Thank you for supporting independent artists. 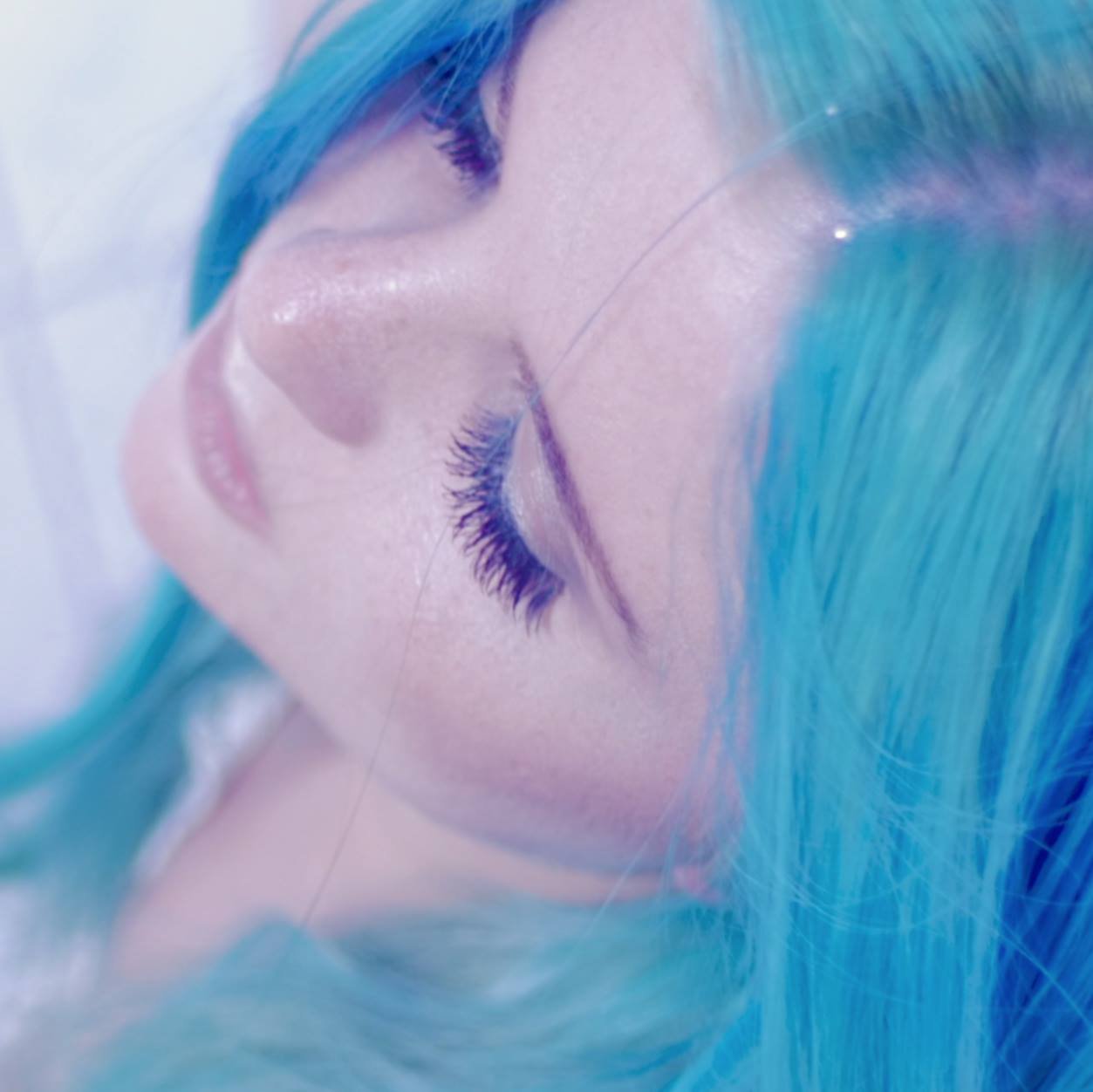 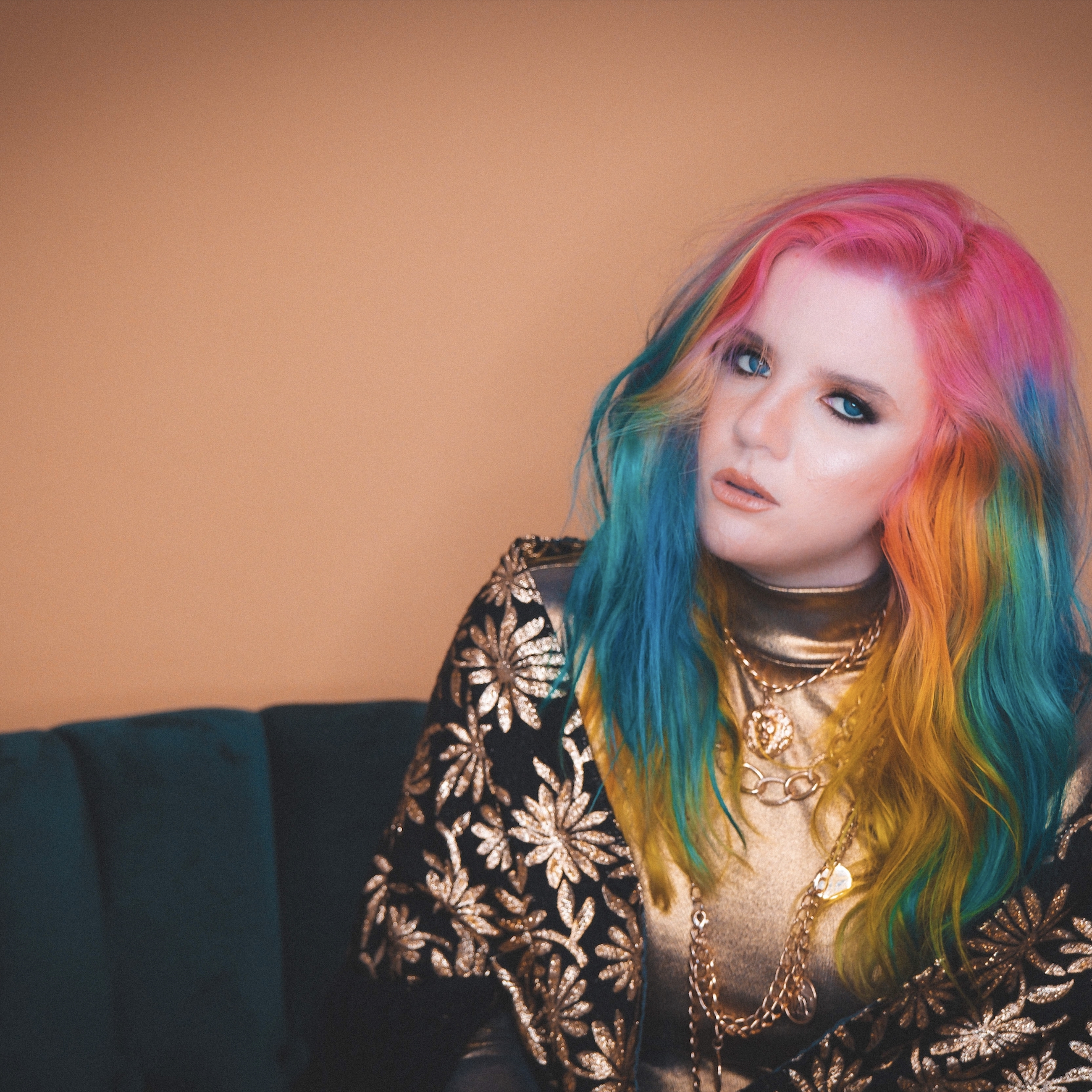 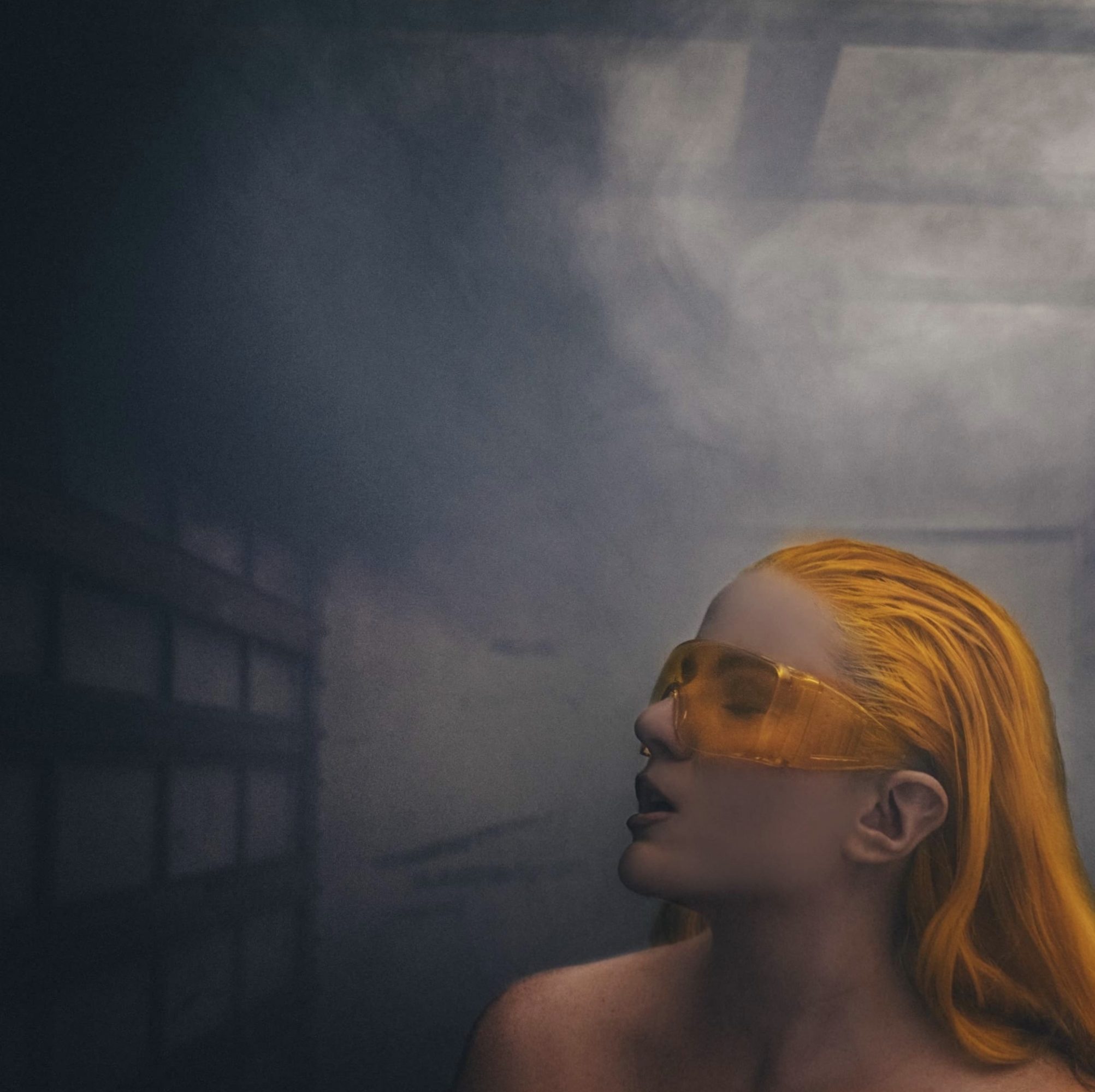 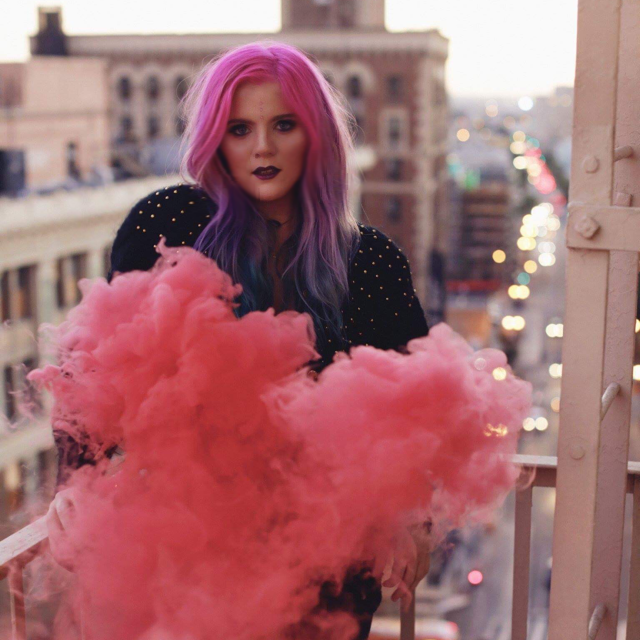