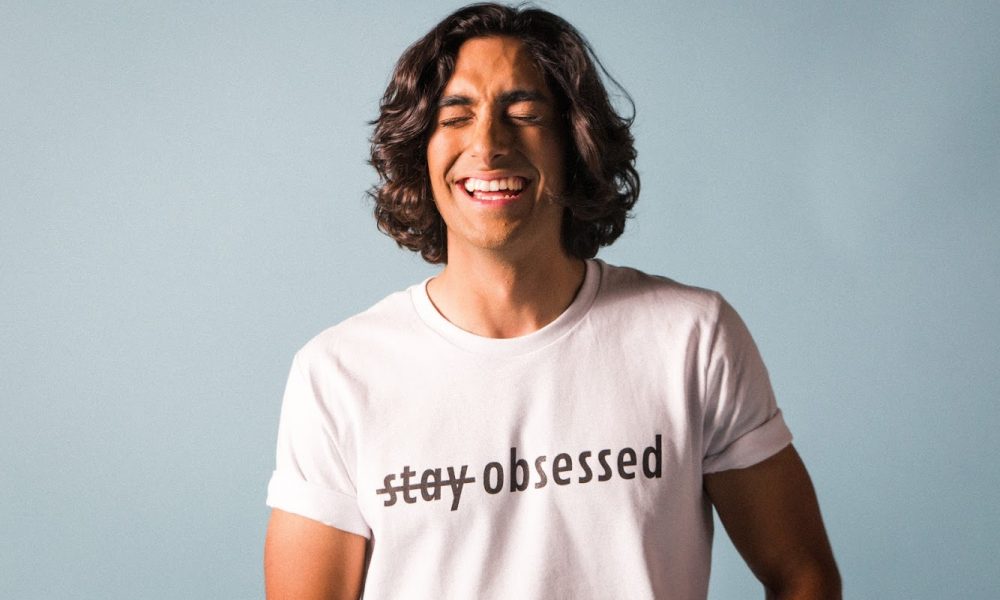 Today we’d like to introduce you to Eman Esfandi.

Eman, we’d love to hear your story and how you got to where you are today both personally and as an artist.
I am a Texas boy! My mother and father immigrated to the United States from Ecuador and Iran respectively, and I was born and raised in the border town of Laredo, Texas. My senior year of high school I attended the John Newcombe Tennis Academy before going on to rank top 5 in the nation playing Collegiate tennis at Laredo College! After receiving an Associate’s degree in Business Administration, I went on to graduate from the University of Texas at Austin with a Bachelor’s degree in Economics. My parents were both business owners so growing up and going to their stores all the time made me believe I’d one day follow in their footsteps. Hence the degrees! However, it was during my time at the University of Texas that I stumbled into a career in Film, more specifically in acting.

I had been conducting impromptu “interviews” at coffee shops around Austin with anyone who was interested in starting up a conversation. I’d ask about what they do if they’re happy if they originally planned to do what they do, how they define happiness and more questions of that nature. It was my way to research different life paths without having to experience them myself. I was considering a podcast or some sort of visual medium in hopes to share the insight that I felt helped me to discern how to go about choosing a life path. When I told a close friend of mine who had been pursuing acting for some time about my idea, he told me that actors tend to come from all walks of life and suggested attending an acting workshop hosted by local casting directors Kim and Brad Burton to potentially meet more people for my project. Upon attending the workshop, I did, in fact, meet people who had drastically changed their life paths but another interesting thing also happened! I ended up volunteering to work through a couple of scenes under the direction of the Burtons and as I was thanking them after the workshop, they asked about my representation. When I explained that I didn’t have any agents and that I wasn’t an actor, they encouraged me to seek it out as they felt I could do well in the field.

They booked me for my first commercial not long after!

That was my start and from there I continued on to train in Meisner Technique under Laurel Vouvray, booked lead roles in numerous projects ranging from small student short films, to the national commercial for big brands such Coca-Cola, Bose, Amazon, and more as well as landing lead roles in a few independent feature films. Most recently I was cast for a lead role in Robert Rodriguez’s newest low-budget feature film “Red 11” which just premiered internationally at the 2019 Festival Du Cannes as part of Director’s Fortnight. It also had it’s World Premiere at the 2019 SXSW Film Festival.

I moved to Los Angeles about a year ago after signing with my manager John Tynan at Mosaic Media Group and have been continuing to pursue more roles in Film/Television.

‘We’d love to hear more about your art. What do you do and why and what do you hope others will take away from your work?
I am an actor by trade!

With each project, I work towards embodying and understanding the characters I’ve been chosen to portray. The process is always different as each character has their own unique perspective and set of circumstances. I like to start by recognizing and connecting with traits I already have in common with the character that are apparent when first reading the script. From there I’ll work on lessening or outright removing any personal characteristics that don’t serve my interpretation of the said character. Once I feel I have an understanding of my character’s traits, I work on their perspective. The way my character views the world informs how their circumstances will affect them. Lastly, I’ll do my best to ground all of my work by connecting it to people and experiences that matter to me in real life. I don’t use my past, but rather imagine situations that are believable to me in real life and that remain appropriate to the circumstances of my character.

I also make sure to study the scenes and specify exactly what each character involved wants and is actively doing. I’ve also found it helpful to get into the mind of any characters I’d be acting across, so as to better understand the scene as a whole.

I act in order to exemplify the ability to adopt a perspective other than your own, such as that of a character from a movie, and allow the world to genuinely affect you through said perspective. I want to show people it is possible to change your view of the world so much that it improves your way of life on a day to day basis. Actors are trained to do so in order to best serve different stories, but I believe anyone can train to do so in order to serve their own story.

I’ve directed and produced two short films, the first of which (Pepito) had its World Premiere at the Austin Film Festival and the second of which (120) was accepted into the Cannes Short Film Corner. In between the time I spend acting I’ve been working on a few screenplays of my own, I’ve continued to write and perform slam poetry which I started doing around the time I got into acting, and I do my best to watch as many movies as I can both for research and general enjoyment!

What do you think it takes to be successful as an artist?
I tend to think of progress when contemplating what success means. I don’t find that there will be one event or milestone in which you’ll feel you have achieved success, but rather many moments in pursuit of your end goal that will feel like a success. Every step in the right direction, every bit of forwarding progress, is a form of success. Your progression will not always look like another’s, however. Which is why I believe the most essential characteristic for success as an artist is to know what you’d like to accomplish through your art. Whether it is to express yourself, or to shift the paradigm of a culture, to inspire and motivate people, to point out the ironies of existence, or all of the above. Once you develop an understanding of your end goal, you will find direction and directions are helpful when trying to make forward progress!!

Do you have any events or exhibitions coming up? Where would one go to see more of your work? How can people support you and your artwork?
“Austin Weird, ” “Red 11,” and “Pepito” are still in their film festival runs, so they aren’t publicly released just yet. I’ll be sure to update about recent works released on both my Instagram and Facebook page so give a like/follow to either/both of those if you want to see them!

As of now “PHAEDRA” is out digitally on Spectrum on Demand and is available to watch on the El Rey Network! My second short film “120” is public on Facebook if you look up the Film’s page. 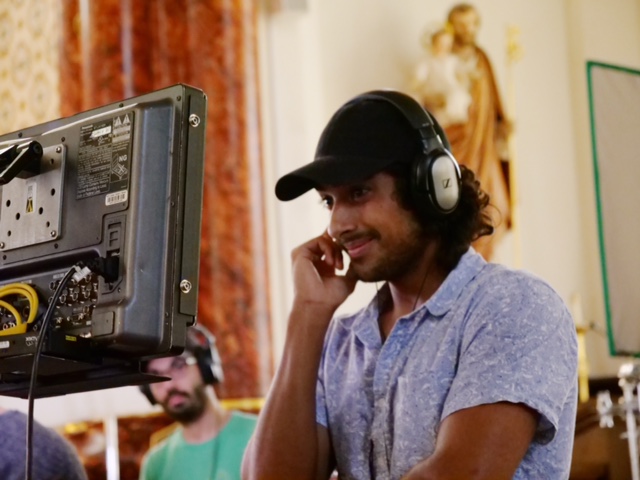 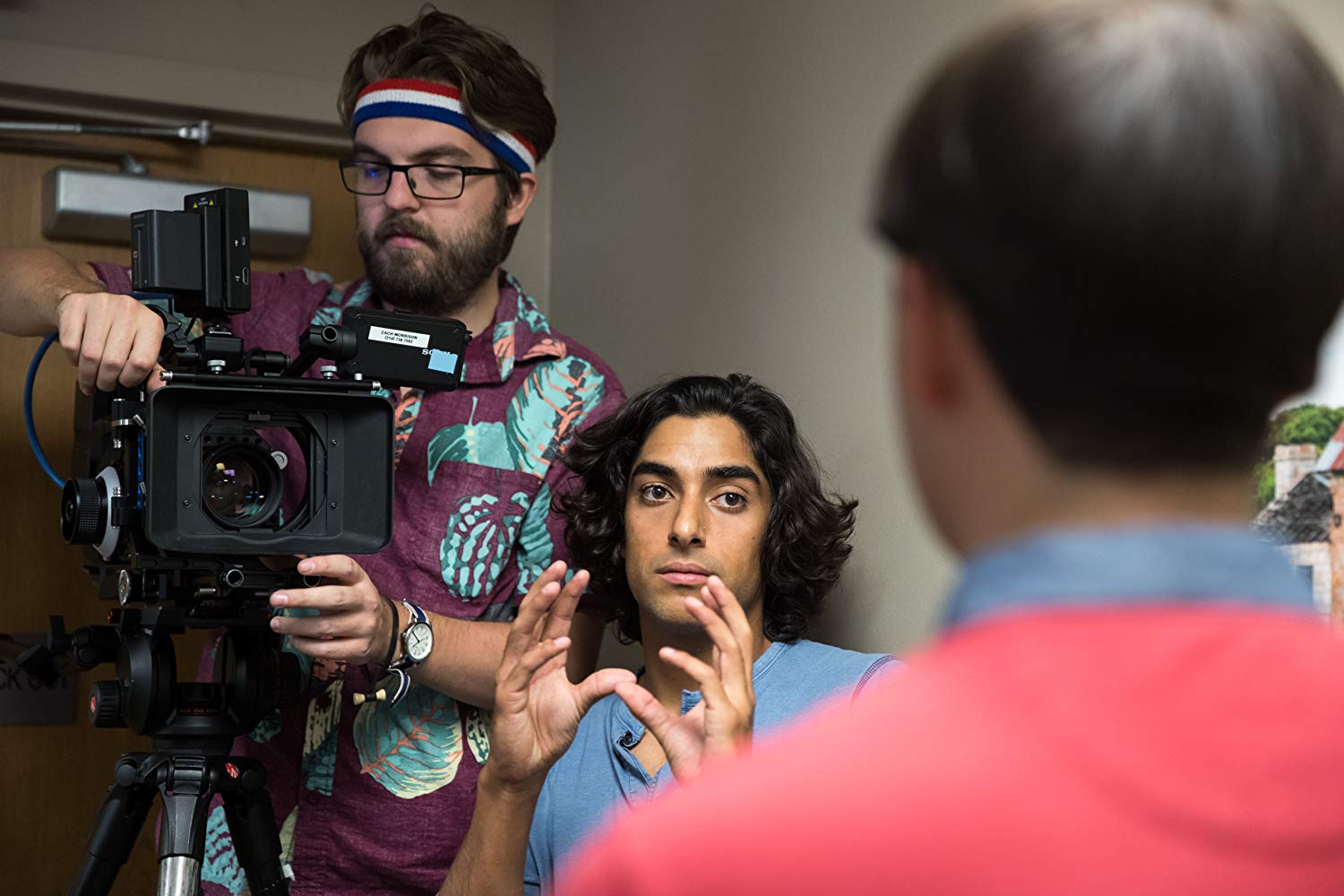 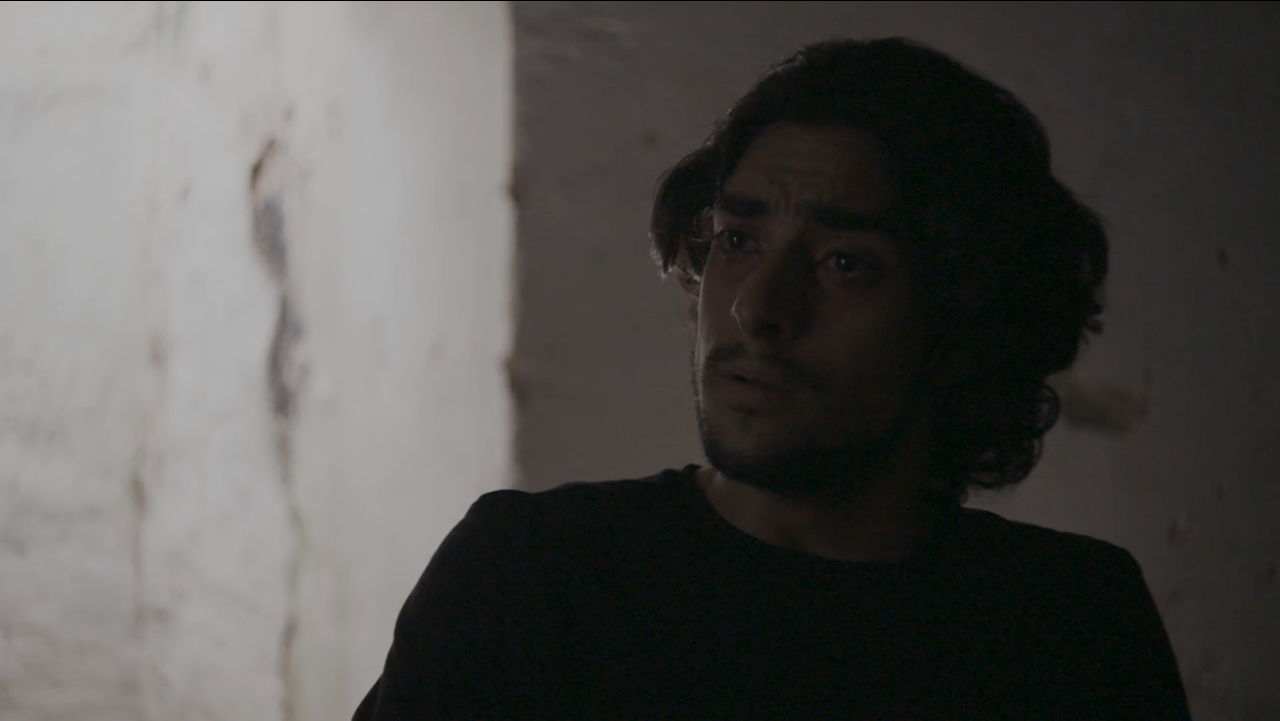 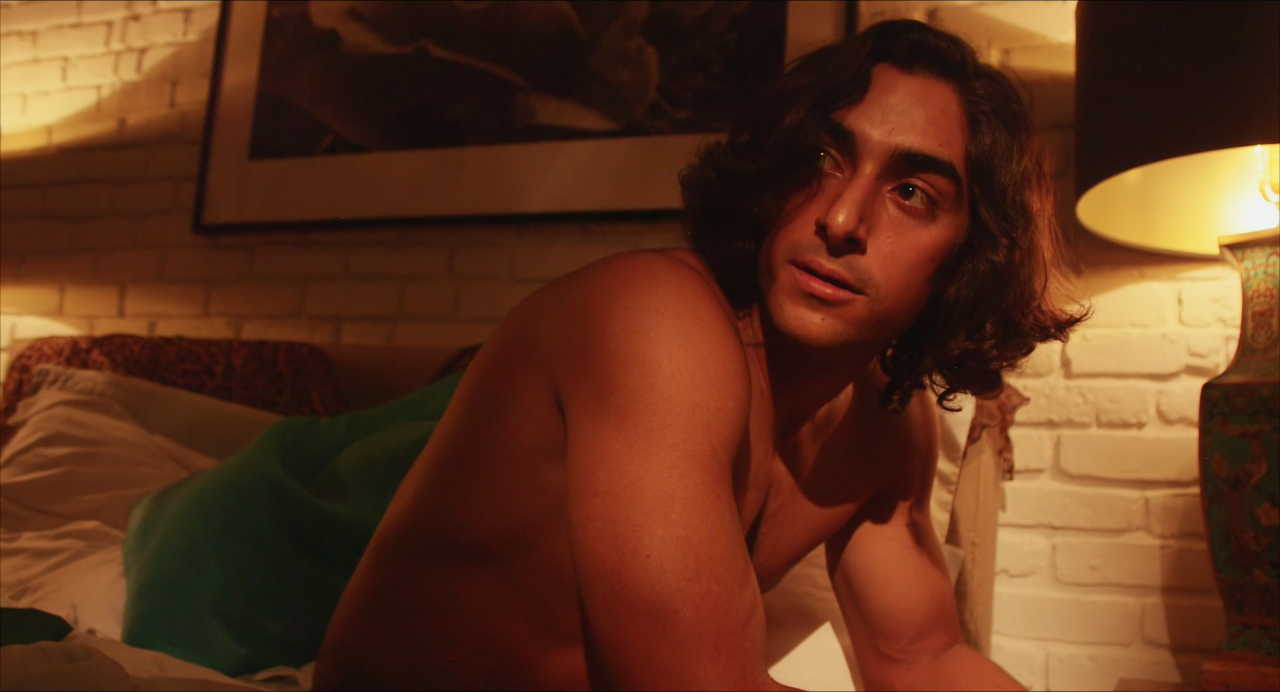 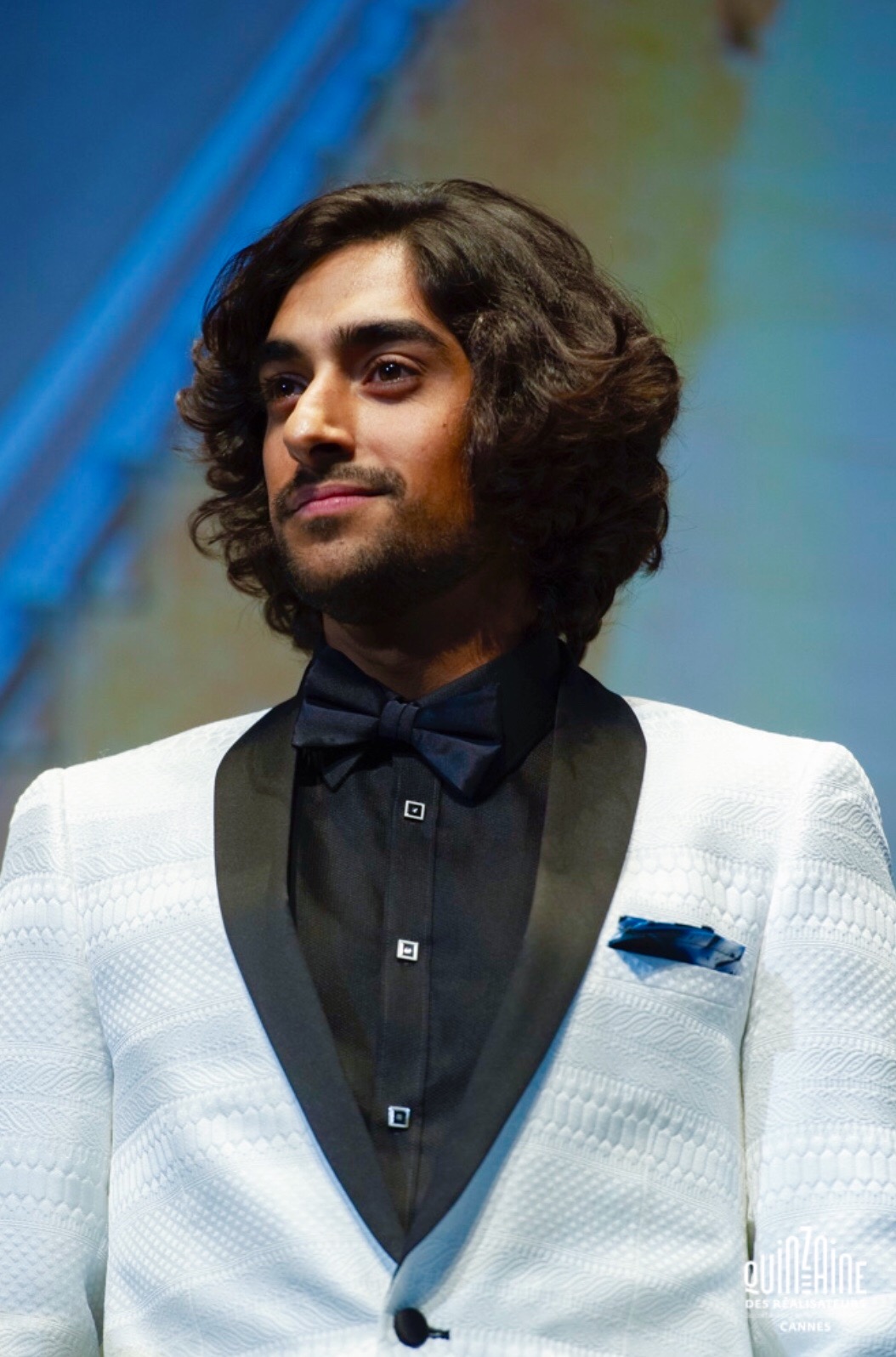 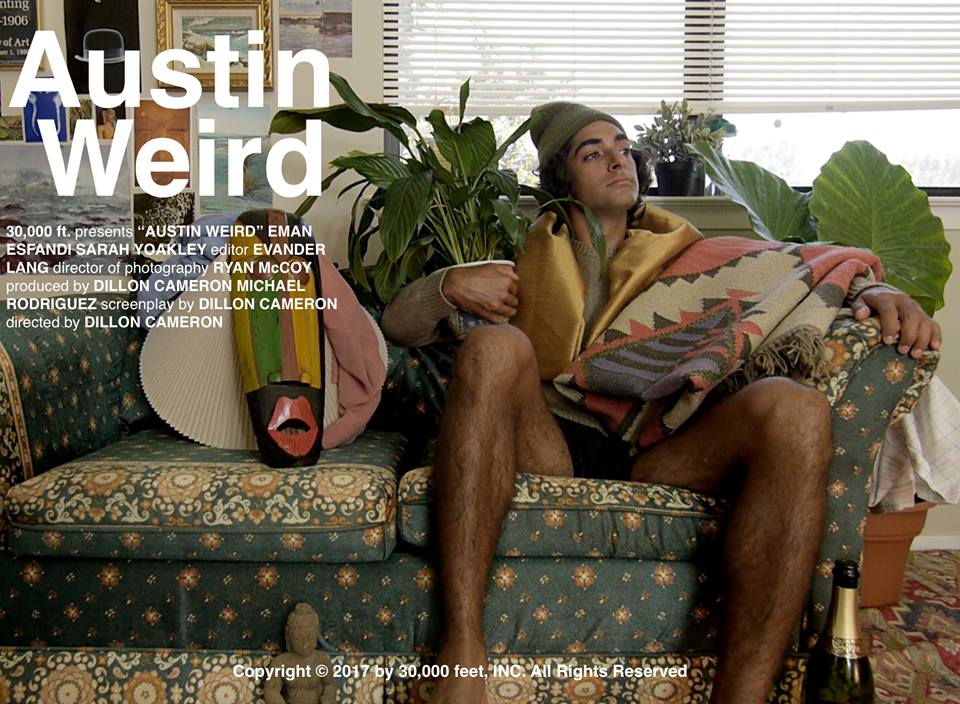