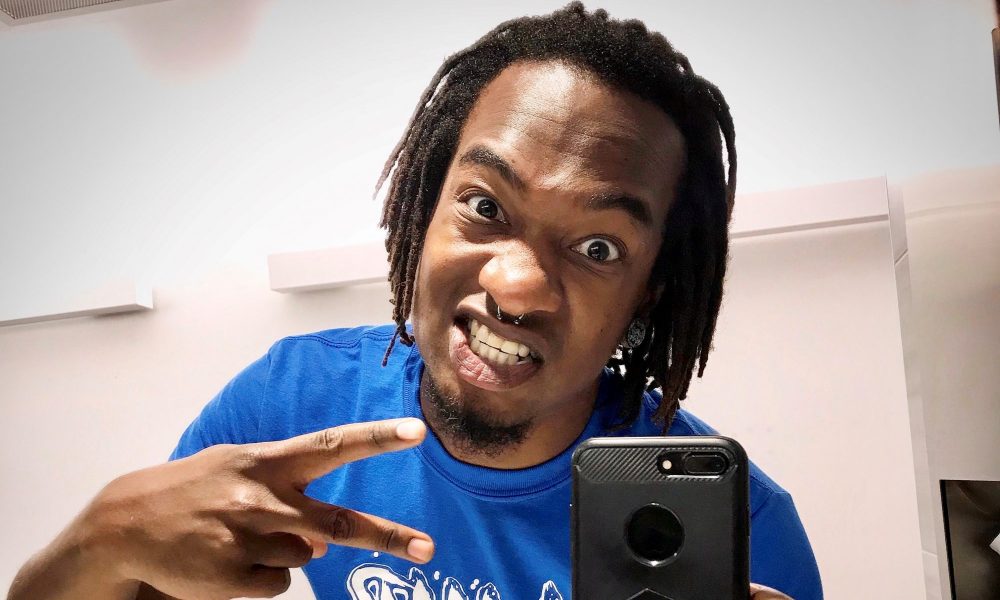 Today we’d like to introduce you to Drew Smith.

Drew, we’d love to hear your story and how you got to where you are today both personally and as an artist.
I started playing violin in 4th grade and it all took off from there. My mom always played music for us when we were kids; it was our alarm clock, our soundtrack to the day, and what put us to sleep. We even went to a church that was heavily into music and I sometimes got to sneak up on the drumset after services. Oddly enough, my mom never really played but she was a great sketch artist. As far as performing/recording in bands, my first instrument was the drums. I was lucky to be able to play in a lot of local heavy hitters in the San Diego scene in the late ’90s and 2000s before trying my hand at guitar just about 10 years ago. I always loved choir-like, or R&B style harmonies, and punk rock, and really gravitated toward writing on guitar, so I thought I’d try and put some compositions together on my own, using all of my influences. I played quite a few one-off acoustic shows while I was still playing drums in bands until around 2006 when the last band I played drums in broke up. After that, I’ve been playing guitar – and now even bass – working in more of a “front man” role in The Rough. It’s definitely the most challenging part of performing but I still love it and am excited to see how the next few years pan out. My favorite part is that I’m playing music I wrote with people I respect and love, from the band to the crowd, so it’s always like a get-together of sorts…

We’d love to hear more about your art. What do you do and why and what do you hope others will take away from your work?
My art is music. My language is music. The lens I see the world through is music. I’ve got too much blood in my music stream and music isn’t something I do, it’s who I am.

When I was growing up, I was really quiet and extremely unsure of myself all of the time. Coming from pretty tough and secret home life, I had a lot of built-up anger, frustration, confusion, sadness, etc. Like [I’m sure] every single other kid around me, I felt like no one understood me; mostly because I didn’t understand myself. For me, it was really hard to wrap my head around that. I was also going through a lot of physical changes (especially in my voice), psychological, spiritual, and existential changes, other realizations, and no shortage of questions, some still unanswered. All the while trying to keep it together outside when everything else seemed to be falling apart inside. Apart from other escape methods that I’ve explored, music has always been, and will always be my rock, my friend, my confidant, and my comfort. Although I try to be as outgoing as possible, it’s still hard for me to say a lot of things. It’s just so much easier to sing about them.

My inspiration is life, 100%. My current band, The Rough, is my voice. I can get things off my chest and say what I want – to whomever I want – without worrying about my personal fears and insecurities. I try to communicate the dark ugliness of pain and the sweet taste of resolution through the beauty of poetry and sound. When I was younger, there were a lot of bands that made a huge impact on me and quite literally saved my life in a lot of ways because of the things that they wrote about. Just when I felt like I was the most misunderstood, ugliest, most horrible goblin on the planet, I slowly learned to rest assured knowing that I wasn’t those things because those feelings and thoughts weren’t alien. They were actually pretty standard. I built a lot of incredible relationships through music and everything that being a creator entails.

What I want people to take away from my music is the knowledge that things will get better and the confidence in themselves to make it happen. Most of my songs talk about how messed up our situations can be. I’m well acquainted with a lot of lows, but the light at the end of the tunnel isn’t always an oncoming train. I’ve recently learned firsthand how much power we have over ourselves just in our minds, and how easy it is to change it. That’s something I’ll try and convey in upcoming new music, for sure. I just want to be able to help others the same way others have helped me. Music is a huge way, if not the best way to do that…

Have things improved for artists? What should cities do to empower artists?
I think the conditions for artists are much more difficult in comparison to years ago, but they’re also pretty awesome if you don’t get ahead of yourself. You just have to know how to use the tools that are currently available. These days, albums don’t “sell” since you pay for a streaming service. It’s more about singles, live performances, and merchandise. I think touring would be a good idea too, but that’s hard if you don’t have adequate support in all of the necessary ways: financial, moral, etc.

I like the SD bar scene, but I think it would be awesome if there were more all-ages venues in SD that didn’t always have a pay-to-play situation. I know it’s good for certain times but, if it’s between playing a dive bar and selling tickets for an all-ages venue, it’s a lot easier to promote for the dive bar. I do want to get TR or AA out to more younger kids though. I was a kid when I needed it and it was at a good time. There is a lot of music out there that isn’t really doing what it is supposed to with all the power that it has and I want to work to help change that.

I also think more people would come out if shows started earlier. That would help the closing/headliners keep the crowd instead of closing a show at midnight, especially on a weekday.

Do you have any events or exhibitions coming up? Where would one go to see more of your work? How can people support you and your artwork?
I front a band (vocals/guitar) called The Rough, and I play in Avenue Army (bass/vocals). and I have a solo project floating around where I’ll put out a few acoustic songs at a time or some other multi-instrumental compositions that are extremely personal to me.

You can find them on Facebook, Instagram, Spotify, and Bandcamp; I think those are the most popular social outlets right now. The Rough has a new EP dropping at the end of summer, Avenue Army has a couple out on Spotify, and I’m working on some new music for the solo release.

As far as support, hands down, come out to a show if you’re local. We play out of town too, so if we’re in your town, come hang out with us. We can meet, exchange stories, teach and learn from each other and rage! That’s my favorite part. San Diego is actually in an amazing point in time where there are a lot of awesome artists in a lot of different genres, so you’d have a chance of seeing other great performers as well if you can to a TR or AA show. 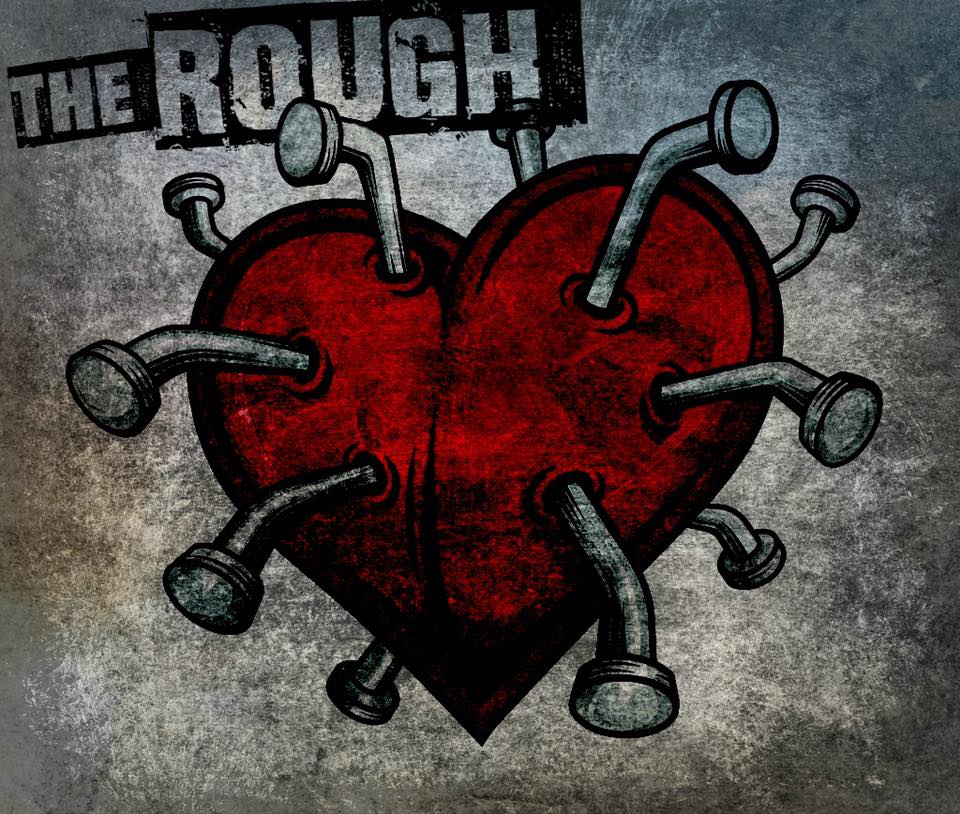 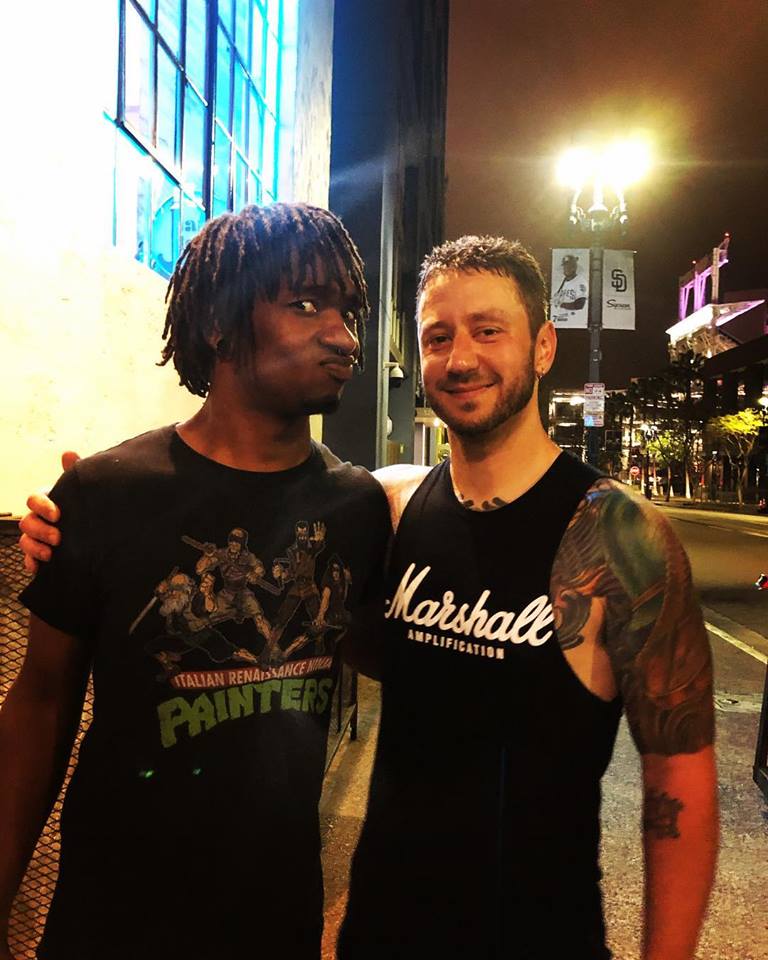 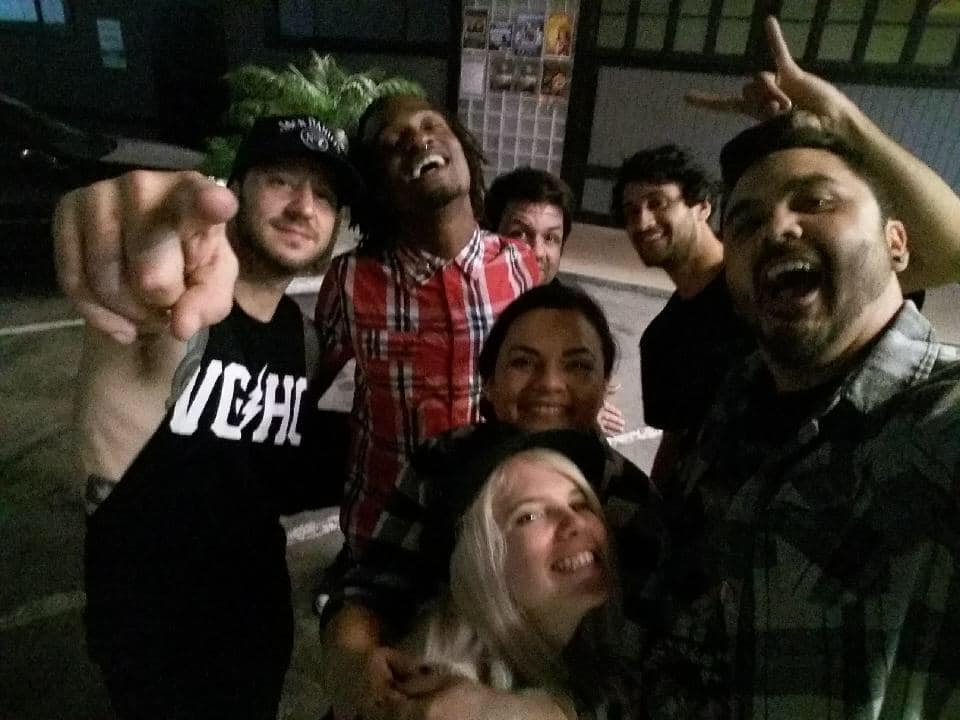 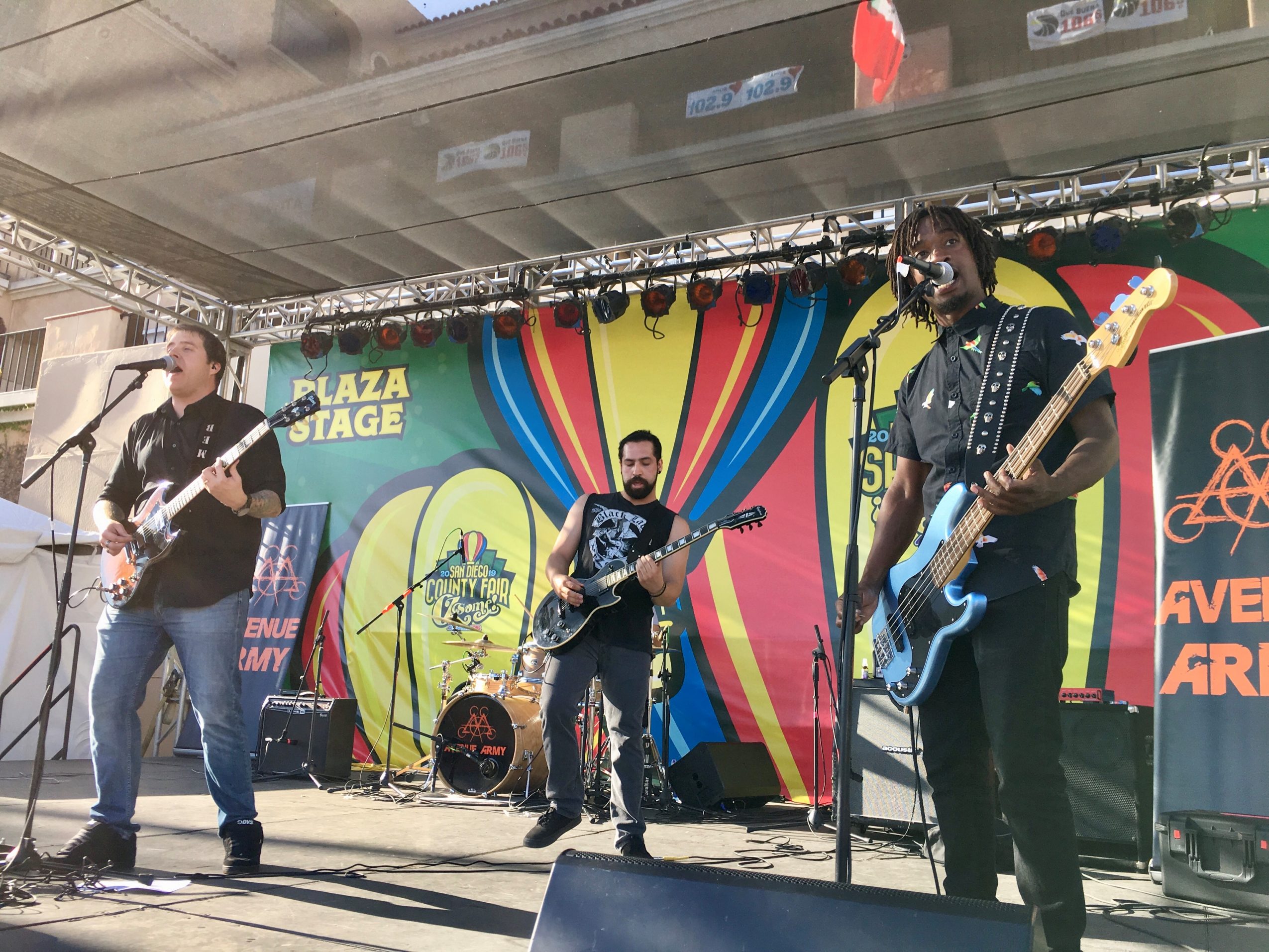 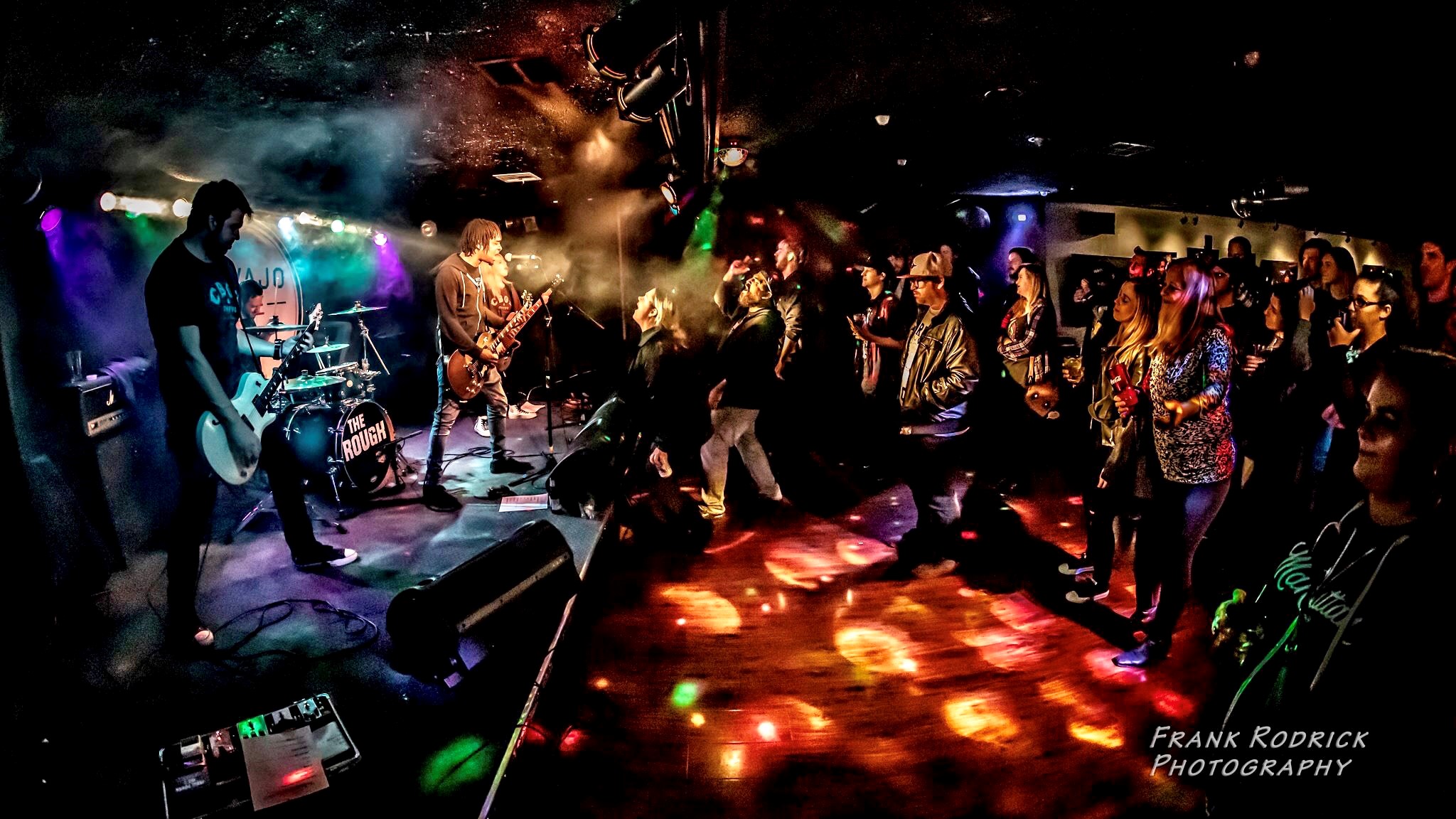 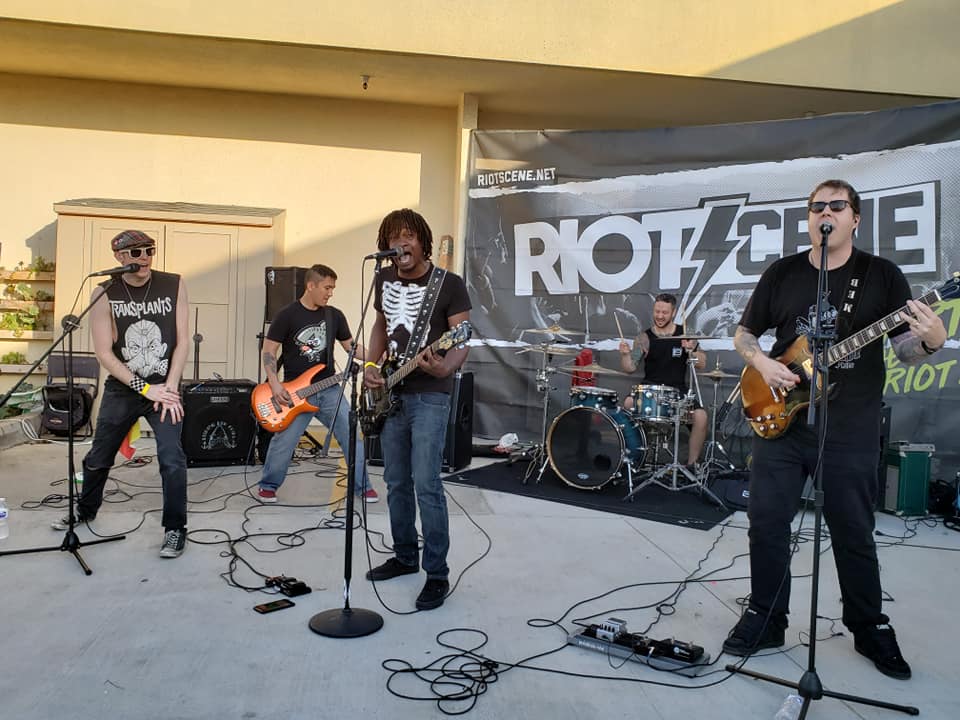 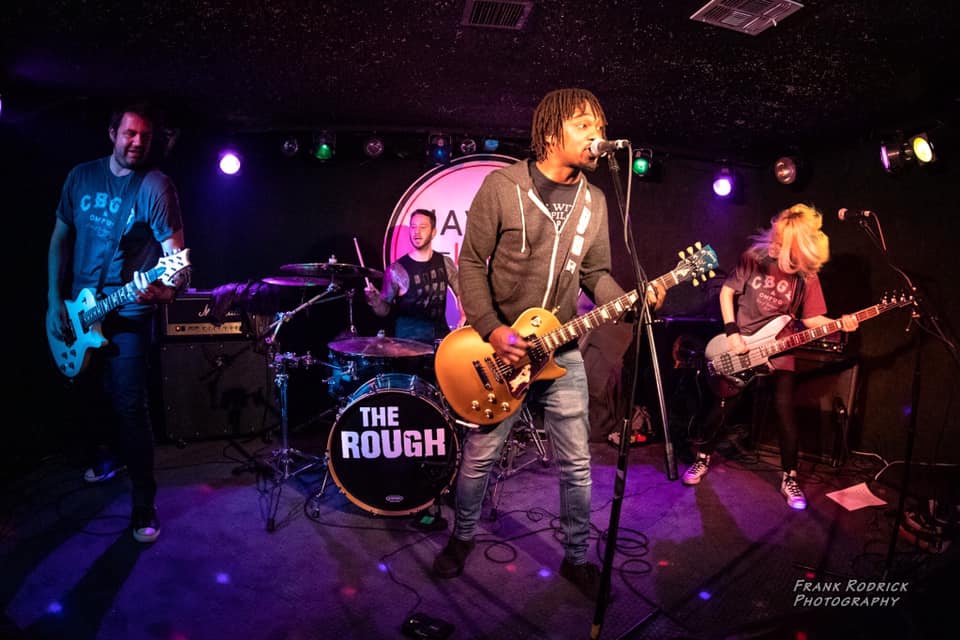