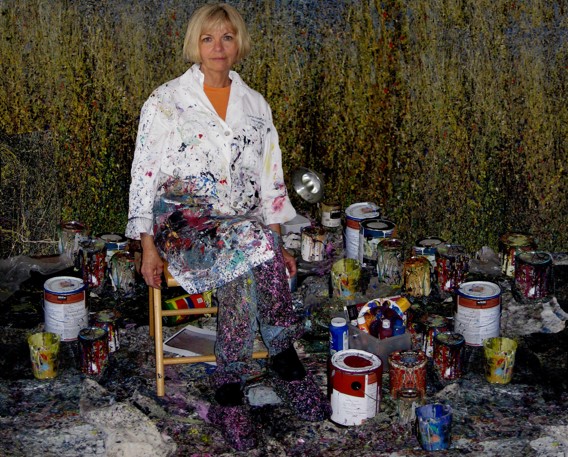 Today we’d like to introduce you to Diana Carey.

Diana, we’d love to hear your story and how you got to where you are today both personally and as an artist.
I was born in Beirut, Lebanon to American parents living abroad but returned as an infant to be was raised in Los Angeles County. I studied teaching, science and art in college programs, married, and raised three children. I developed art programs which I taught in public and private schools in Orange County.

Realizing the healing power of art, I continue to lecture and teach workshops. I received three separate grants to teach expressive arts to at risk youth and young adults in San Diego, where I live, before being contracted as a permanent part time teacher. In 2011 I returned to college, receiving a BA with distinction in art history. In 201 3 I became the fine art curator of a non-profit community theatre in Oceanside, I held that position for five years. I also a published poet.

Beginning in the late 1990s, in response to personal trauma, I began painting hearts on a support of naturally cracked and purposefully broken stone, accompanied by my own poetry. dgoth Hearts of Stone, almost immediately began receiving awards and were shown in design markets and galleries. I followed this series with works on stone, visualizing the subject matter through the cracks and flaws of the material and determined breaks. These also received high honors and were exhibited in galleries and museums. The stones increasingly became more cubistic and abstract in nature, leading to the departure from manipulated stones to the throwing of paint.

In 2008, I had an artistic epiphany that would change the direction of my work. While sick in bed and faced with a floor to ceiling wall of white closet doors, I imagined the work of Jackson Pollock, an artist whose work, I couldn’t comprehend nor particularly appreciate. I removed the doors, dragging them outside, and began the process of throwing paint in an effort to gain an understanding of his work. I was compelled. After numerous throws and wash offs, and six solid days, I was hooked. I’m not sure I understand Pollock even now but I began to ‘intuit’ what worked and what was wrong in my compositions. That was the beginning of my current technique of thrown paint using a stick and splattering it with a brush to create my paintings.

My paintings are painted with a gestural technique; throwing, splattering and dripping numerous layers of acrylic house and art paint onto prone canvas using brushes and sticks. The painting’s subject matter varies from land, sky and waterscape to flora and nests. The technique is abstract, the style, impressionism. Many of my works are over eight feet. By virtue of size and technique the viewer is led into the tangled threads and splatters of paint to discover the substance and feel of the subject matter, the essence of the painted, formed amidst the perceived chaos of drips and splashes. It’s a performance art visualized with impasto effect, one whose outcome is recognized as being rendered with intent, without an intention rendering technique. There is an element of unpredictability, due to the technique, which allows for the perceived chaos to coalesce into the essence of an image. The technique stresses the fragmentary nature of seeing.

I a mature female artist, taking on the physically demanding work of the male dominated, abstract expressionist, gestural technique of throwing and splattering paint that was introduced in the early mid-20th century. Though the technique is similar, my work is not derivative of Pollock, rather I’m taking the Pollock technique and reversing it a century to create landscapes expressed in an impressionist style (“in this body of work, referencing art history, one is astonished to consider the possibility that Carey has wrest the technique of Pollock back to visual purpose of Seurat, using splattered brushwork as Seurat made use of the dot to quest after capturing fully life and nature in a kind of abstract impressionist painting”. NY art critic, Robert Mahoney)

We’d love to hear more about your art. What do you do you do and why and what do you hope others will take away from your work?
My work partially addresses and integrates an abstract expressionism technique with that of neo impressionist pointillism, leading to an abstract impressionism based on essence rather than imagery, depth rather than surface quality. My intention is to wrest chaos, fundamental to the technique, into works that reference nature. Using sticks and brushes to splash, throw, and splatter numerous layers of acrylic paint onto a large supine canvas. Though recently, in response to a particular exhibit, I translated my work onto varied surfaces. Regardless of surface, I try to evoke the essence of a subject, taking care with my accuracy not to overly emphasize the image and thus minimize the process.

My work is not just about the surface quality of the painting or the juxtapositions of colors, but has much to do with the build-up of particles of paint and the supposed chaos and randomness that make up the whole. The connections. The work references my technique; the speed, viscosity and space of the thrown paint and the accuracy of placement that give an illusion of image. The viewers subconscious ideals of perception determine the painting, filling in the blanks to see order and imagery built from perceived chaos. Each tiny splash of paint, each throw, chaotic yet cohesive, contributing to the idea and essence, that reads as the subject,

Artists face many challenges, but what do you feel is the most pressing among them?
I think it’s easy to fall into the trap of, what sells. We have to sell, to support our craft. However, in the pursuit of a paycheck, an artist can forget to challenge the message, the medium, the technique and most importantly themselves and continue instead to fall back on the known product. Art dies there.

Do you have any events or exhibitions coming up? Where would one go to see more of your work? How can people support you and your artwork?
I am currently represented by, The Rebecca Molayem Gallery in Los Angeles, Adelman Fine Art in San Diego, Laguna Gallery of Contemporary Art in Laguna Beach, L’Attitude in Boston, Culture Inside in Luxembourg and The Mitchell Gallery in Sun Valley, Idaho. I also regularly exhibit at the Beverly Hills ArtShow in Beverly Hills in May and October and I will be in the upcoming August edition of Southwest Art Magazine, Women in Art edition

People support my work through appreciation, and purchase. I need the purchases to continue to paint, it’s what supports the craft. But it is the appreciation that feeds my soul. When someone connects with my work, I know I’ve been successful. A “wow”, goes a long way. 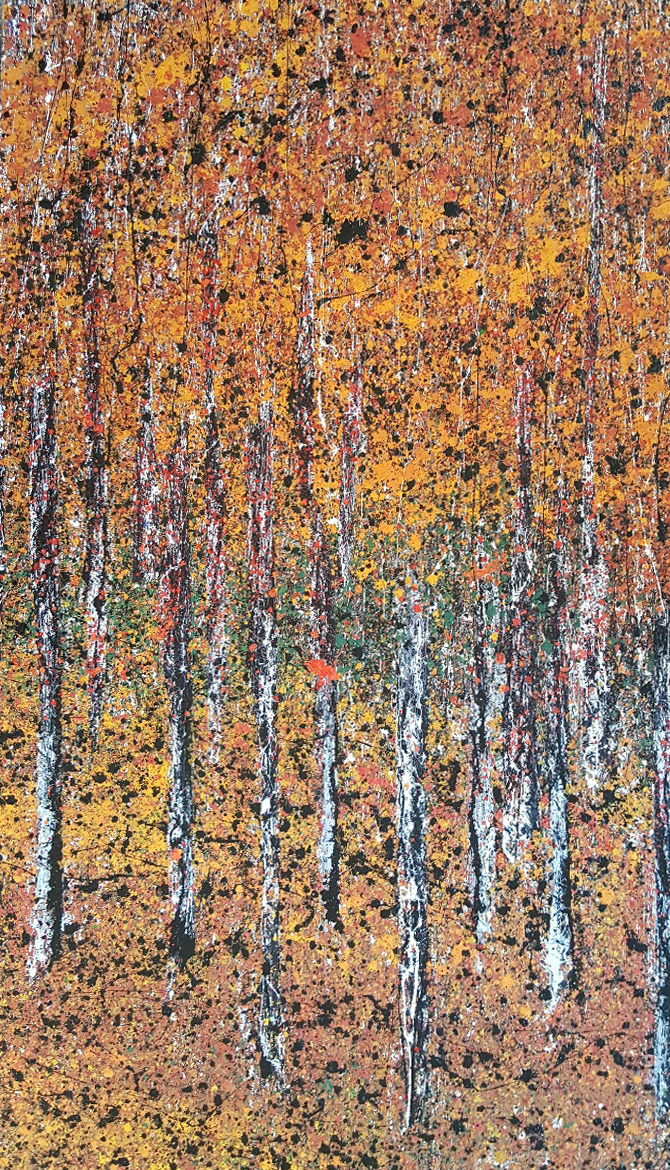 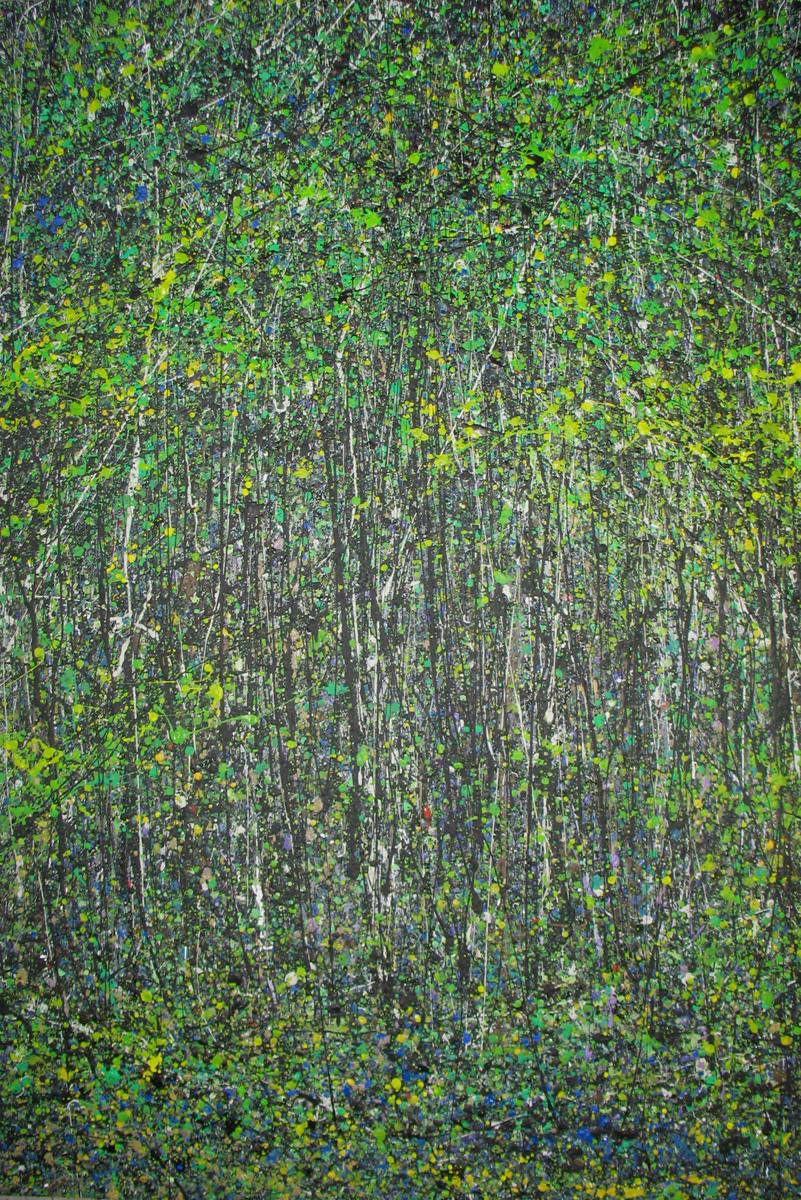 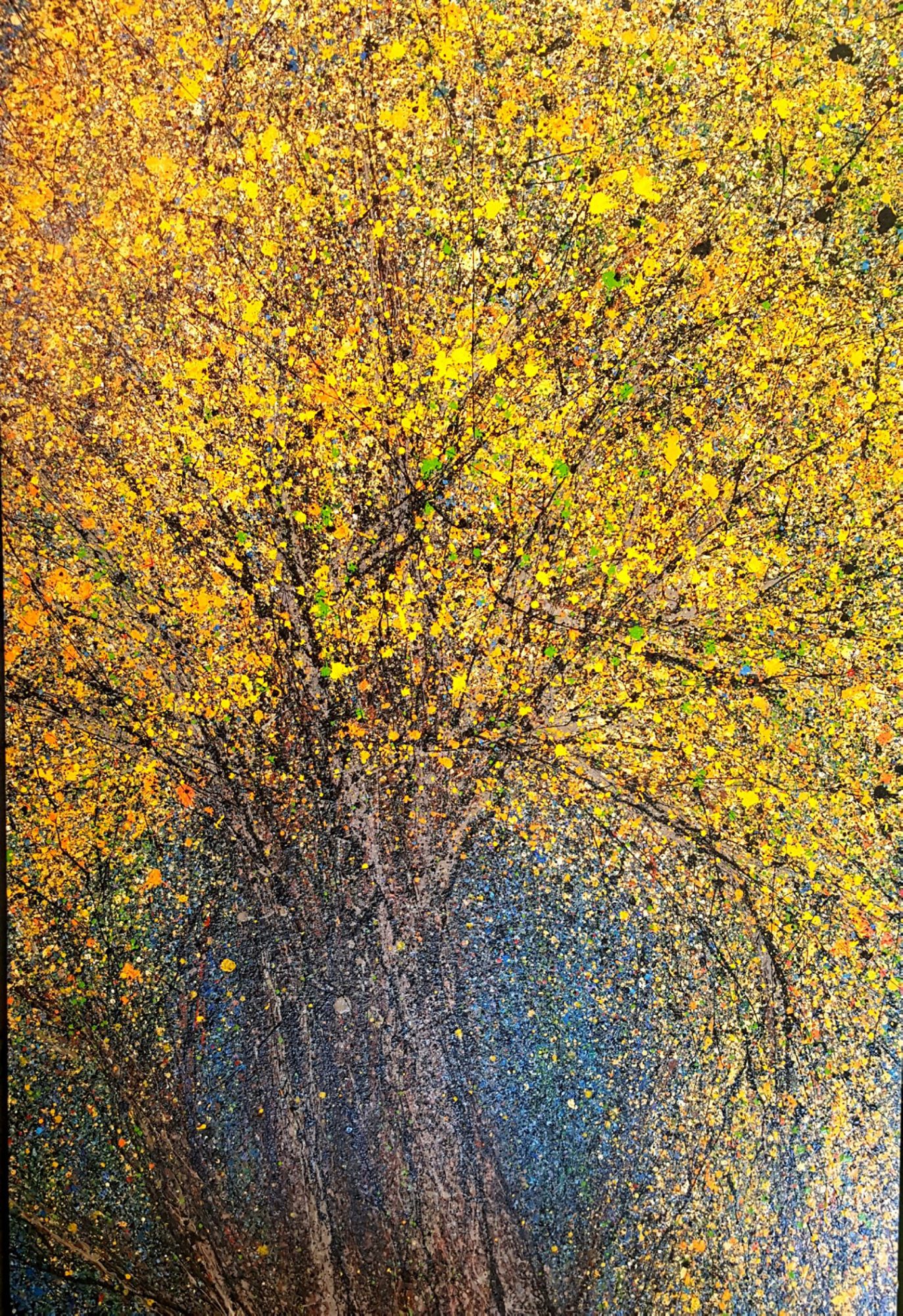 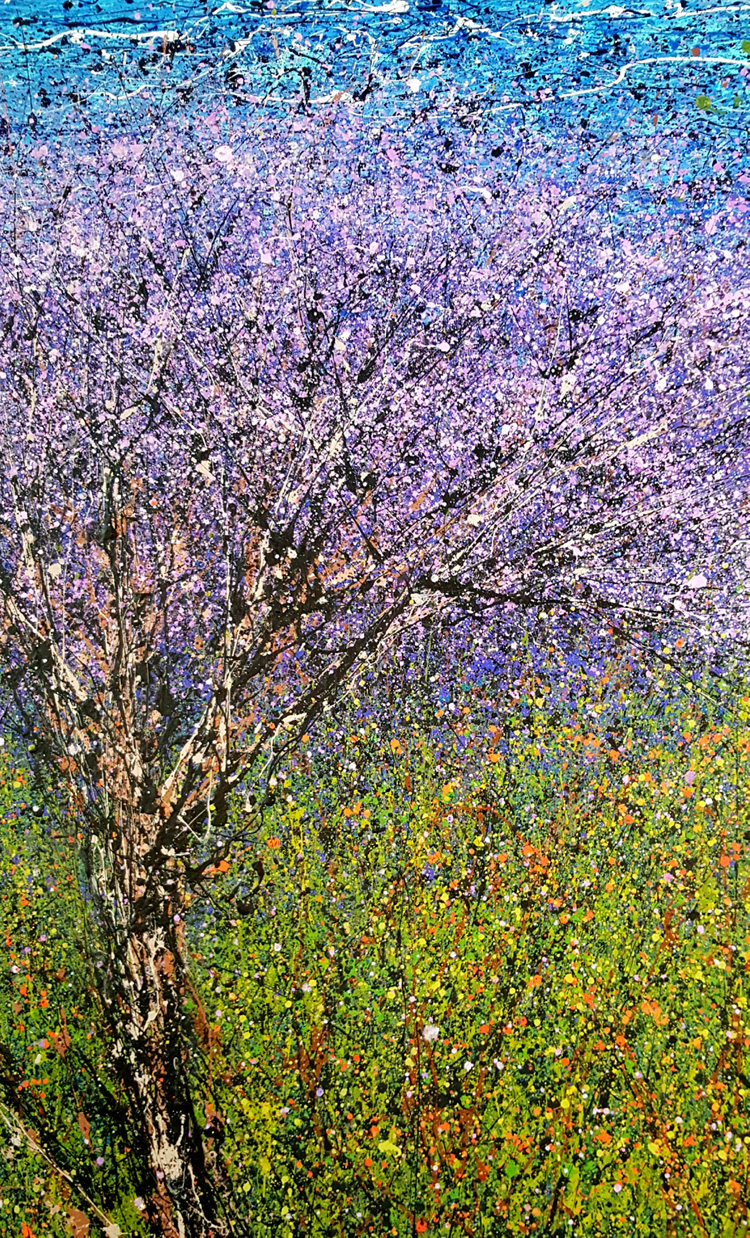 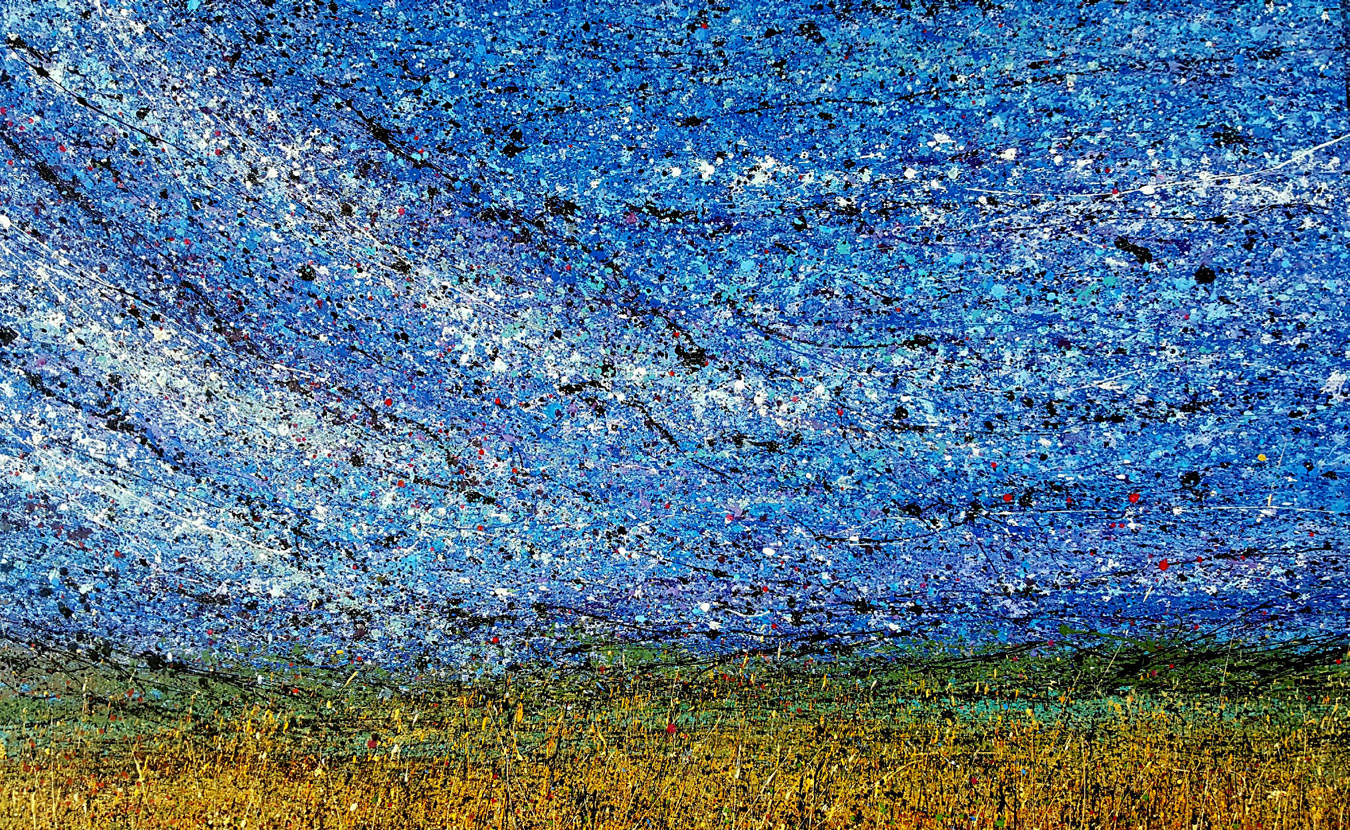 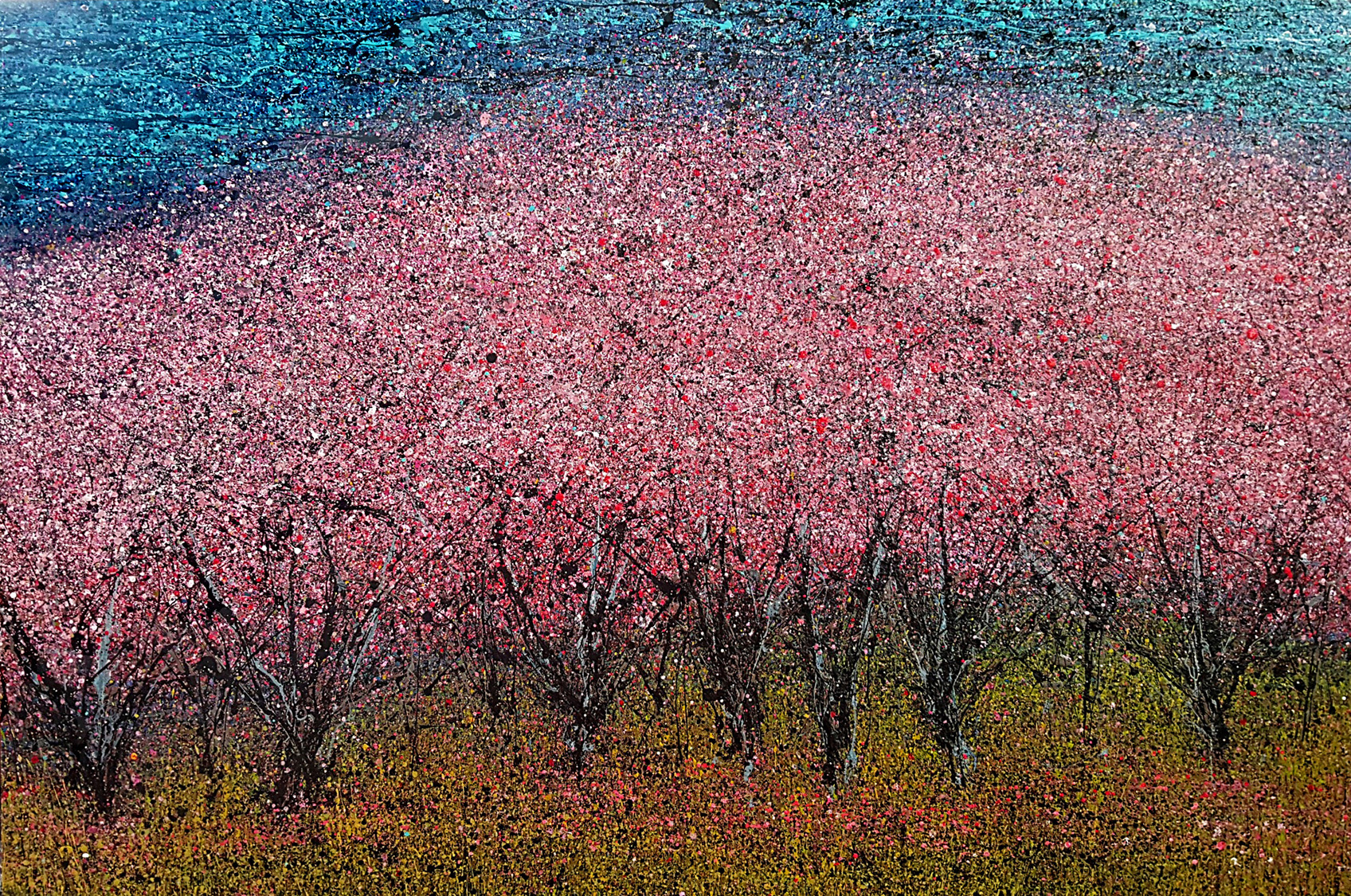