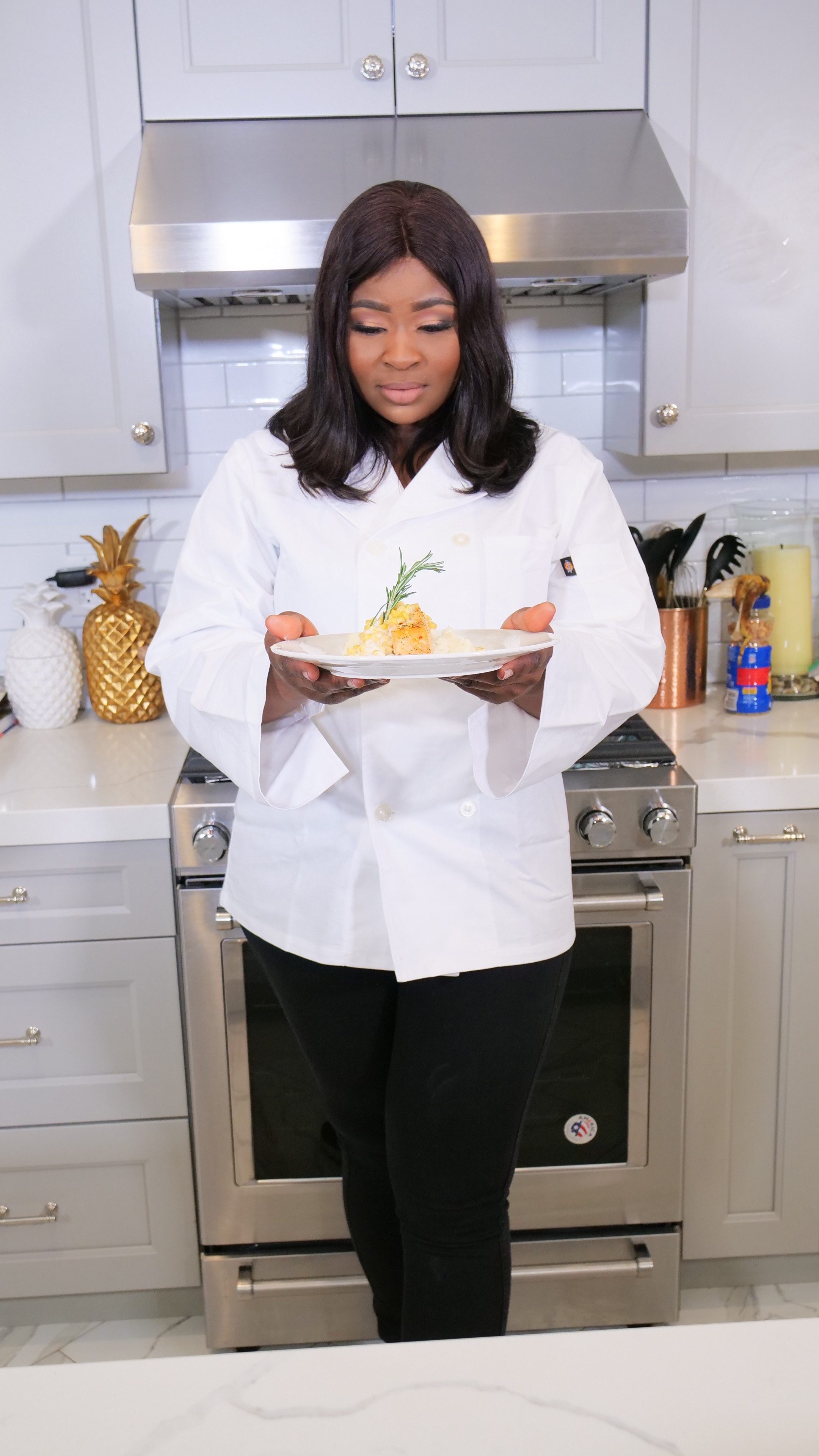 Today we’d like to introduce you to Desphil Osawaru.

Hi Desphil, so excited to have you on the platform. So before we get into questions about your work-life, maybe you can bring our readers up to speed on your story and how you got to where you are today?
My Filmmaking and Culinary skills journey started off at a very young age. I remember my siblings would go into character of Robin Hood and I would use my phone to record, hoping someday I would be able to create magic through a lens. My mum went to culinary school. She used to whip it up real good. Watching her and my dad cook and compete was very cool to watch. I was intrigued and I started competing with my sister. My grandma would give the winner a gift so it was something to look forward to. Fast forward to 2009, I moved to New York with my sister when I was 16 and my aunt would purposely leave us hungry in order for me to cook. I always took the role of her guardian, even though I was a teenager as well. This forced me into growing up quicker, so I cooked the best I could and I started to do better as time went by. I decided to move to Orlando, Florida in 2017 to study Film as this is also another fire passion. I felt liberated every time I was on set directing and I always thought of how great it would be to start a Cooking show. I filmed about six short films and had worked on 26 film sets in one year. Being on set ignites your creativity, so I directed some of my short films, months later I got an email saying ‘”Split – My short film as a novice won “Best Director” I graduated with a Masters in Film production in 2018 excited and ready for the world or so I thought. I needed to start my life after school so I decided to move to Miami, Florida. I began directing and producing music videos for different artists using my creativity and knowledge through films to create a story visually.

Eventually, freelancing was tough as jobs came sporadically. So I began cooking again from having so much free time and then something ignited in me and I knew this is an insane passion I can’t let die out. So I started combining my skills as a chef and a director. The thing I was more intrigued about was plating the meals and looking at the faces of people when they have a first bite. “So much Joy”. I began to cook, watch, read and re-create videos and pictures of meals that caught my eye. Then I catered for a big event – Afrimma Awards in Texas. Then I catered for a wedding and an anniversary for over 300 people. So, I turned it into a business when I moved to Los Angeles in 2018. I found it hard as I was in a new city but I immediately went into survival mode. I found a balance, although the road was rocky at first. I worked a 9-5 at William Morris Entertainment as an Accountant to sustain myself and I also wanted to stay In the Film world. Then I worked in “National Football League” as a Staff Accountant and then in “Live nation” as a Senior Staff Accountant in the span of two years. I had to keep my side hustle alive as that is something I’m so passionate about, so I cooked for clients when I got back home from work, delivered food until 12am. Then started the same routine all over again. I realized I can’t work a 9-5 and give my all to my business. So I decided to focus mainly on Desphilskitchen and Benzaphilproductions. Shooting videos and cooking is my 9-5!

Alright, so let’s dig a little deeper into the story – has it been an easy path overall and if not, what were the challenges you’ve had to overcome?
It hasn’t always been smooth. It was very rocky at first but God showed up. The main struggle was to get my feet on solid ground. I was so eager to join the film industry after film school but moving to LA, I realized opportunities are hard to find when you don’t have your own capital or connections.

Can you tell our readers more about what you do and what you think sets you apart from others?
I own a catering company called – DESPHILSKITCHEN in Los Angeles where I cater to clients for events, parties, personal private cooking, cooking classes, private chef, etc. I also own BENZAPHIL PRODUCTIONS a startup production company where I perform duties as directing, scriptwriting, editing, voice-over, website developing, etc. Pursuing my passion is an everyday task for me because I am spontaneous yet creative. I focus on the roots of any culture. I do not limit myself to one cuisine. I am a professional chef in Nigerian, Italian and American cuisine. I am advancing to more diverse cuisines daily. This is what sets me apart. The eagerness to learn more. I am most proud of starting my business in Los Angeles. Working at WME, NFL and Live Nation. I am also proud about catering for celebrities SUCH AS Wale, Sean Kingston, Davido, D Banj, Yemi Alade and Tiwa Savage. I also started my own cooking show which is in post-production as we speak. We feature guests, we cook and eat. It’s fun – Check us out on Youtube – Desphilskitchen. I would say things have turned out great. I am still a work in progress. I still have a lot to learn but I am grateful for where I am at.

Is there a quality that you most attribute to your success?
This energetic, steadfast, go getter personality. The constant drive and determination to work harder, try new things and improve. I am a perfectionist so I am penchant to top-notch service. Let’s not forget having faith in God and praying. 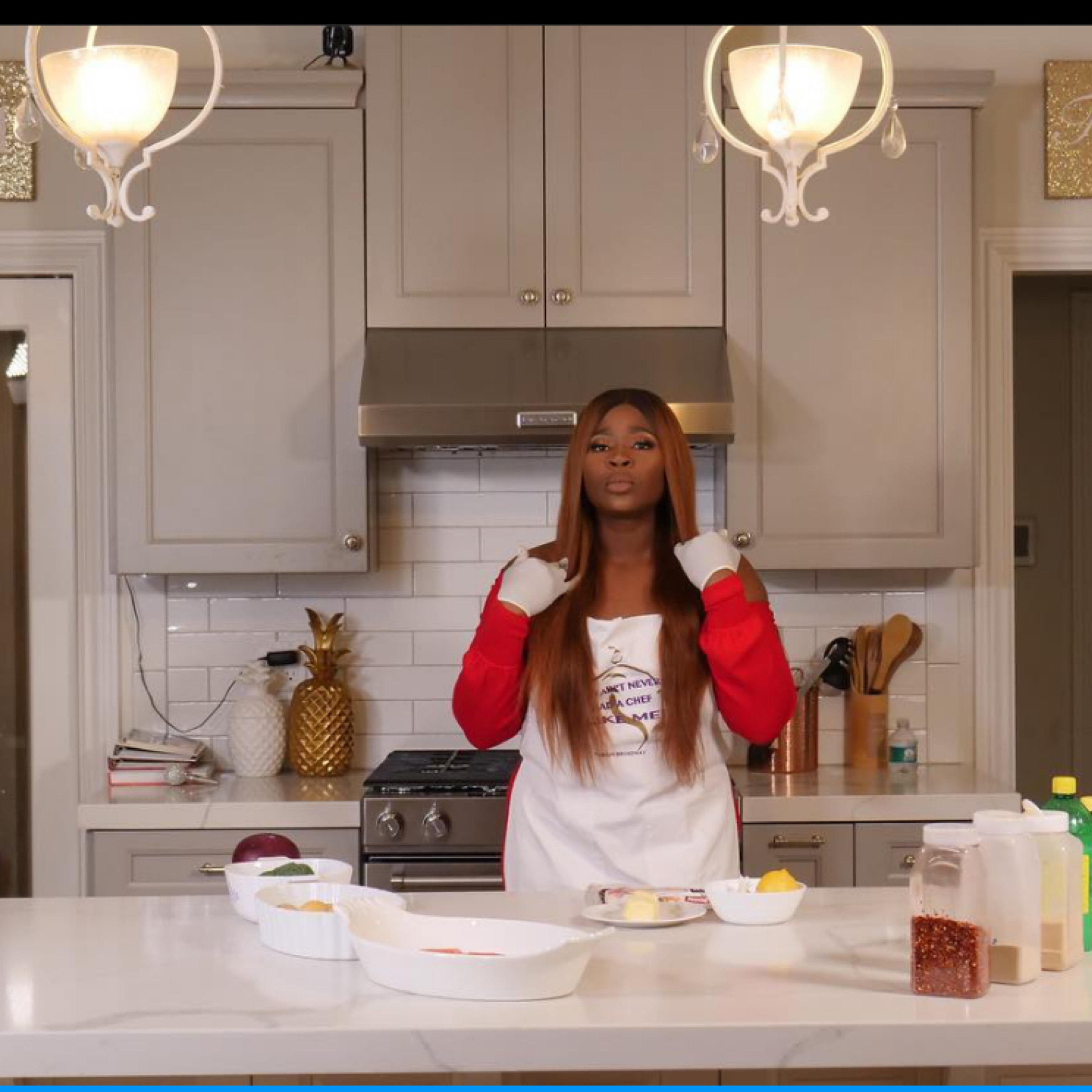 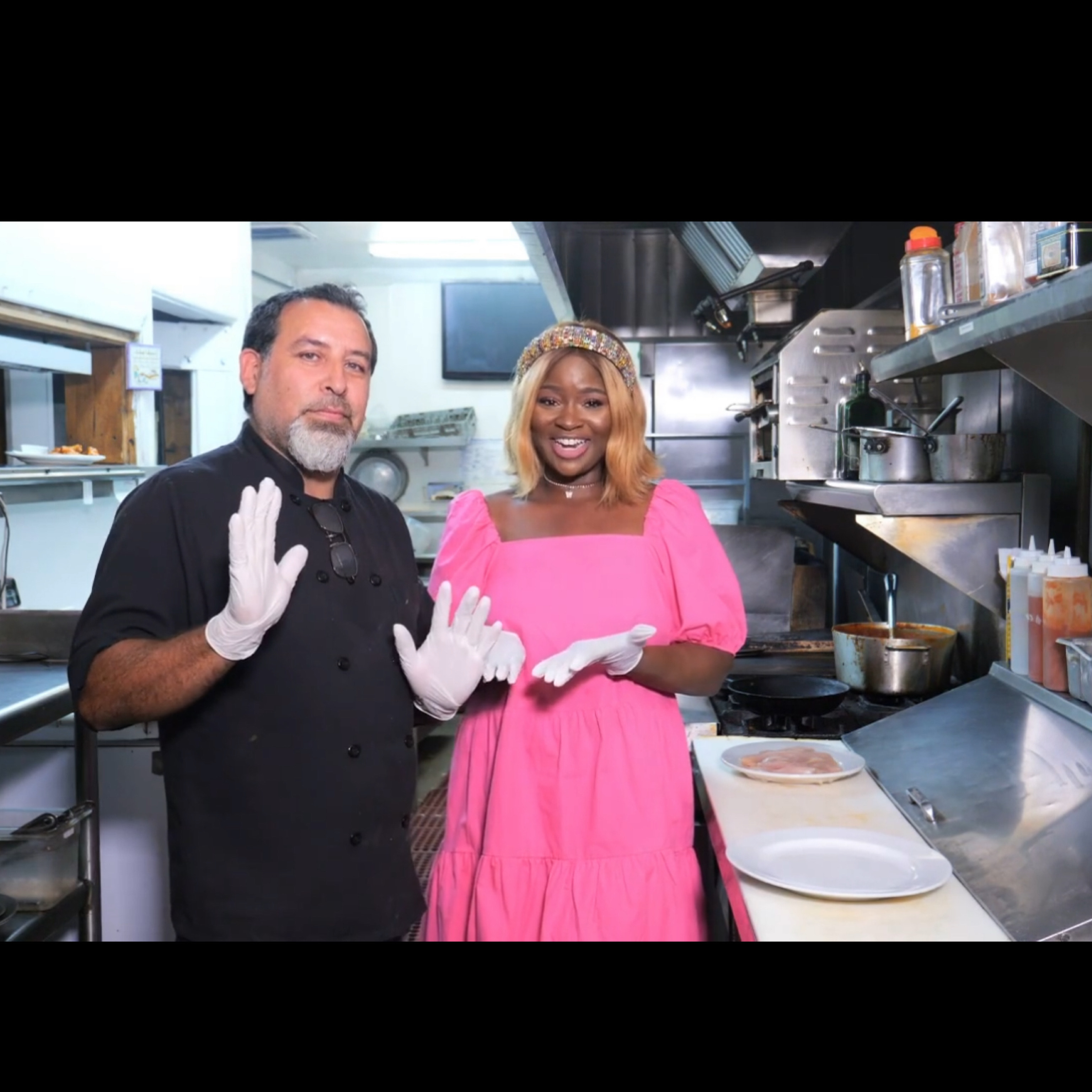 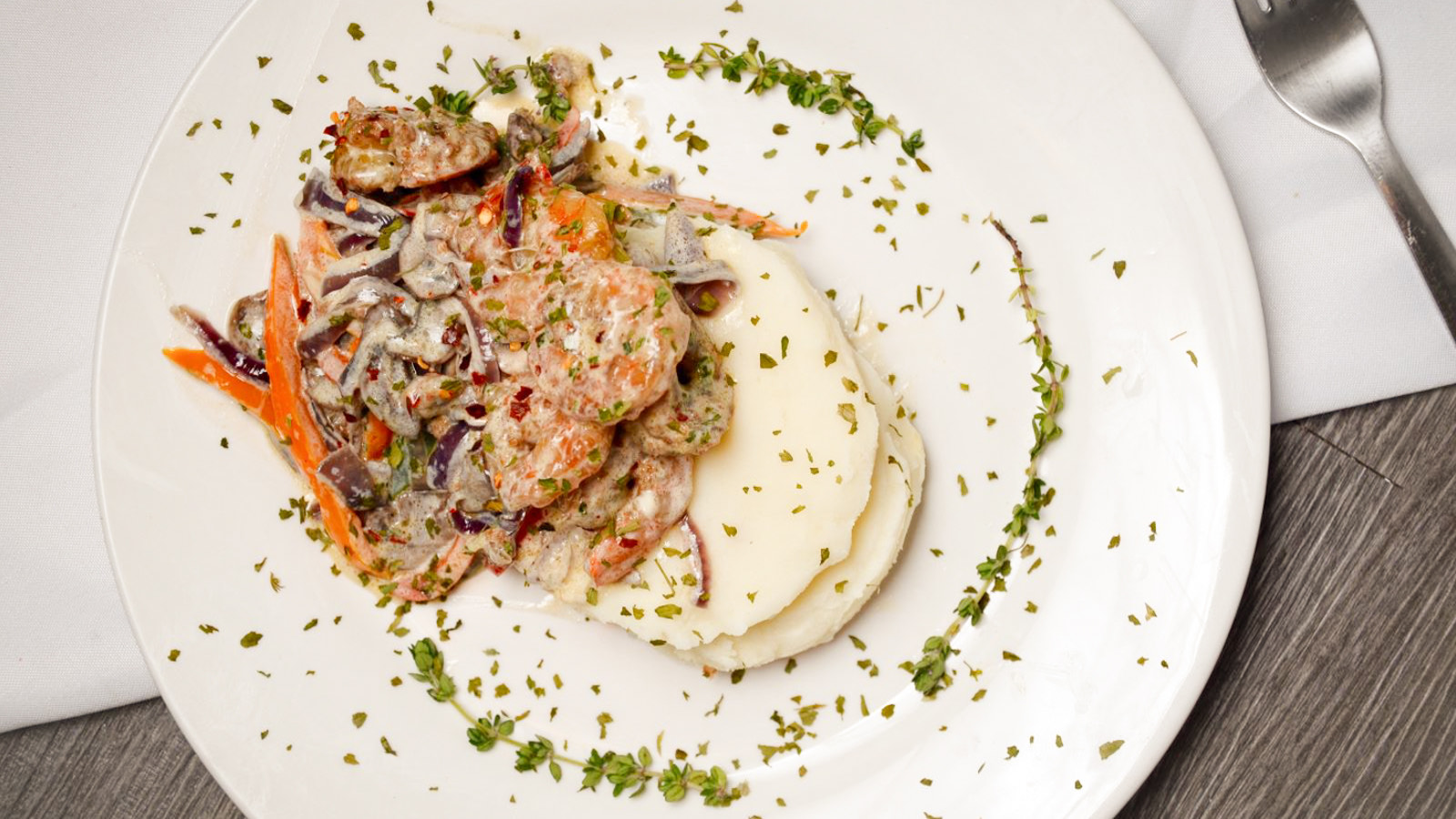 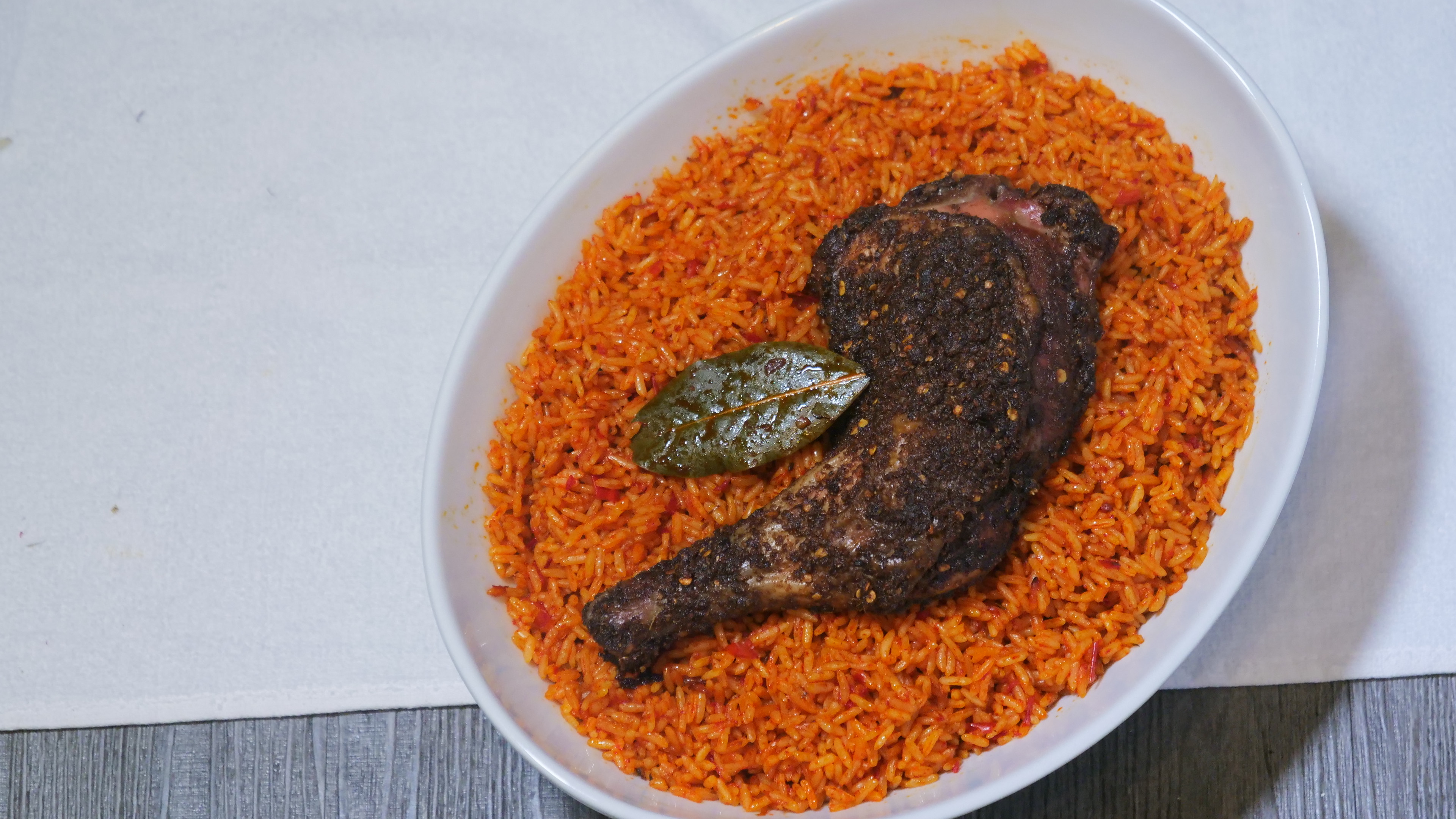 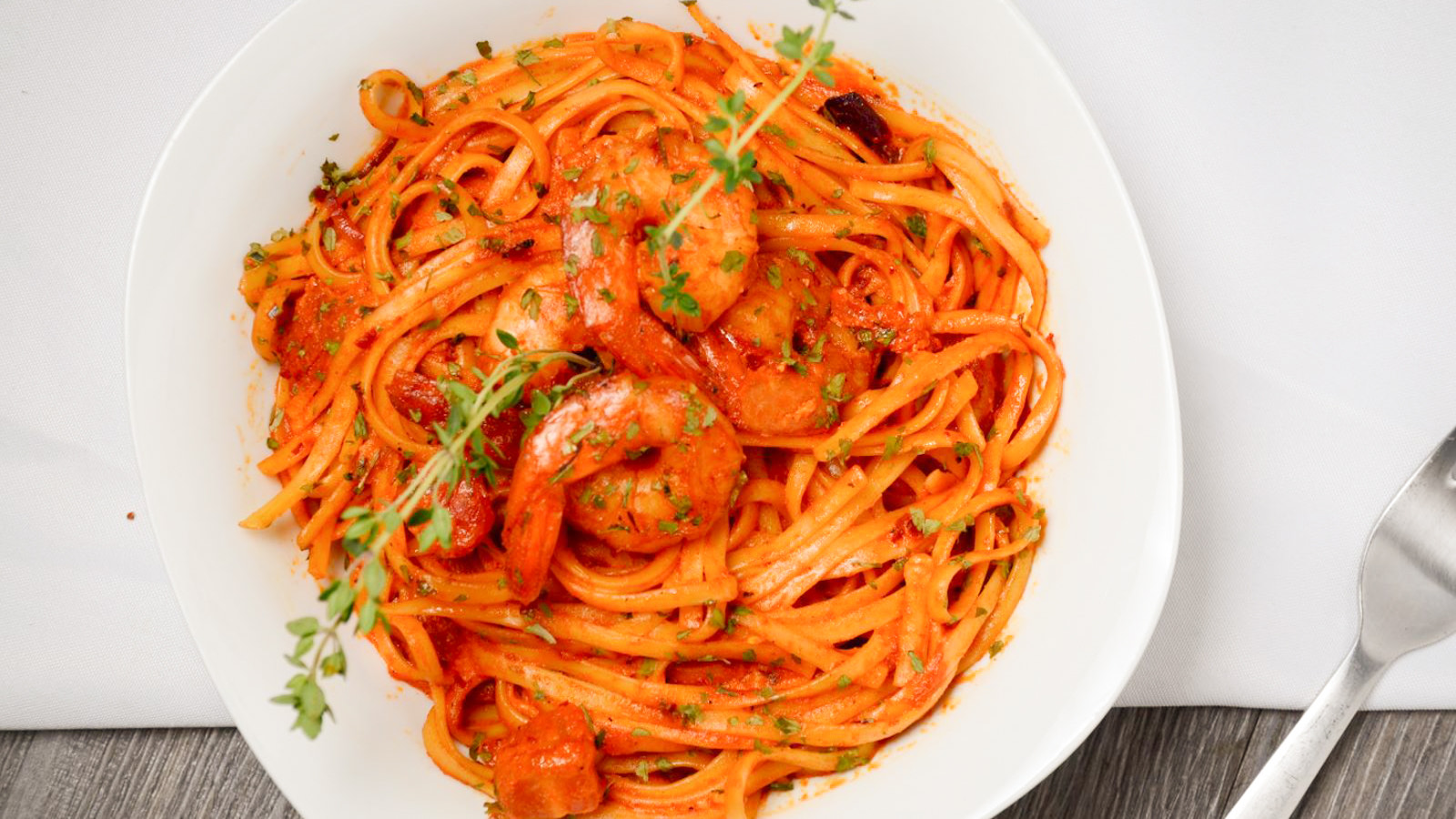 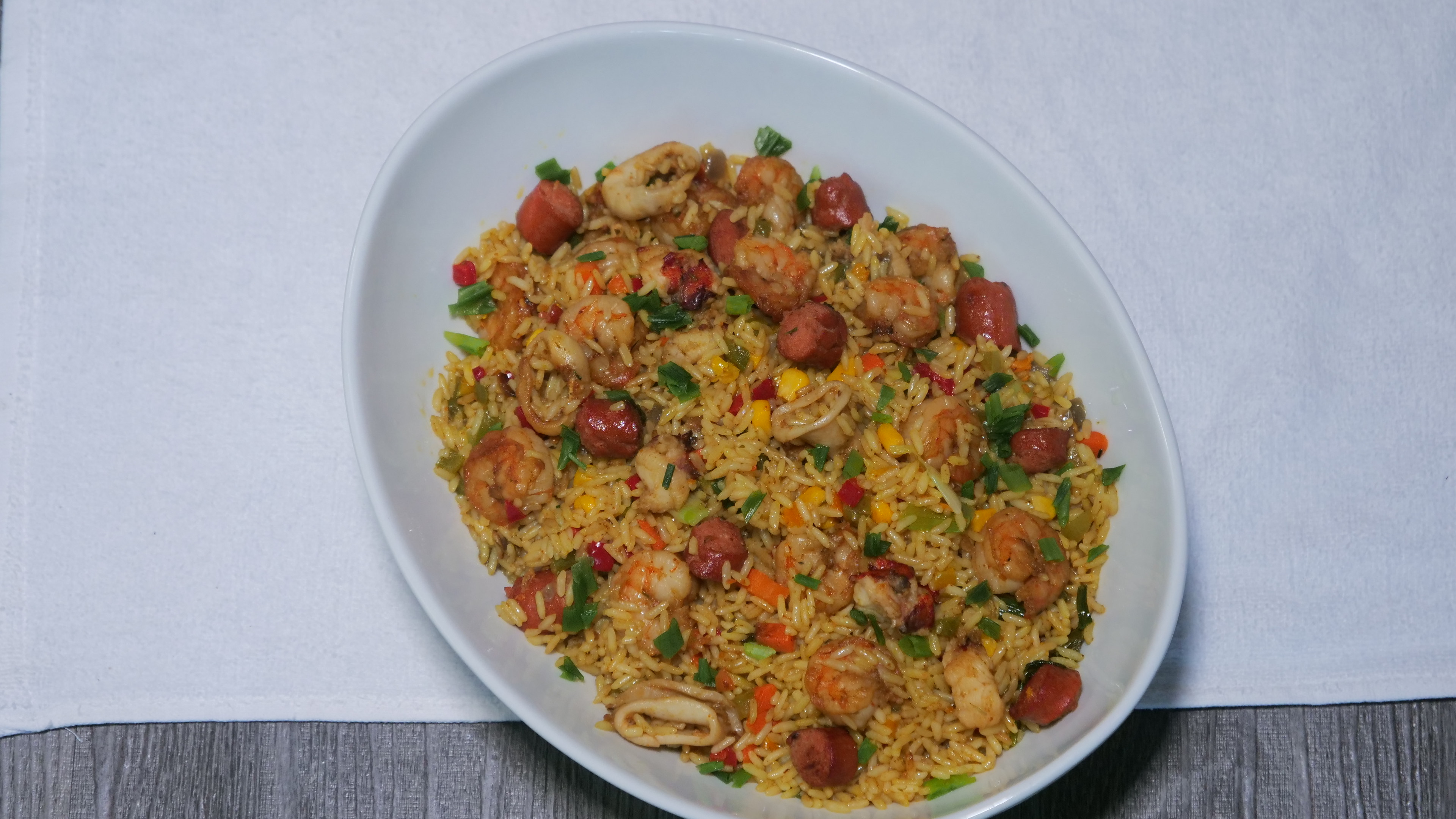 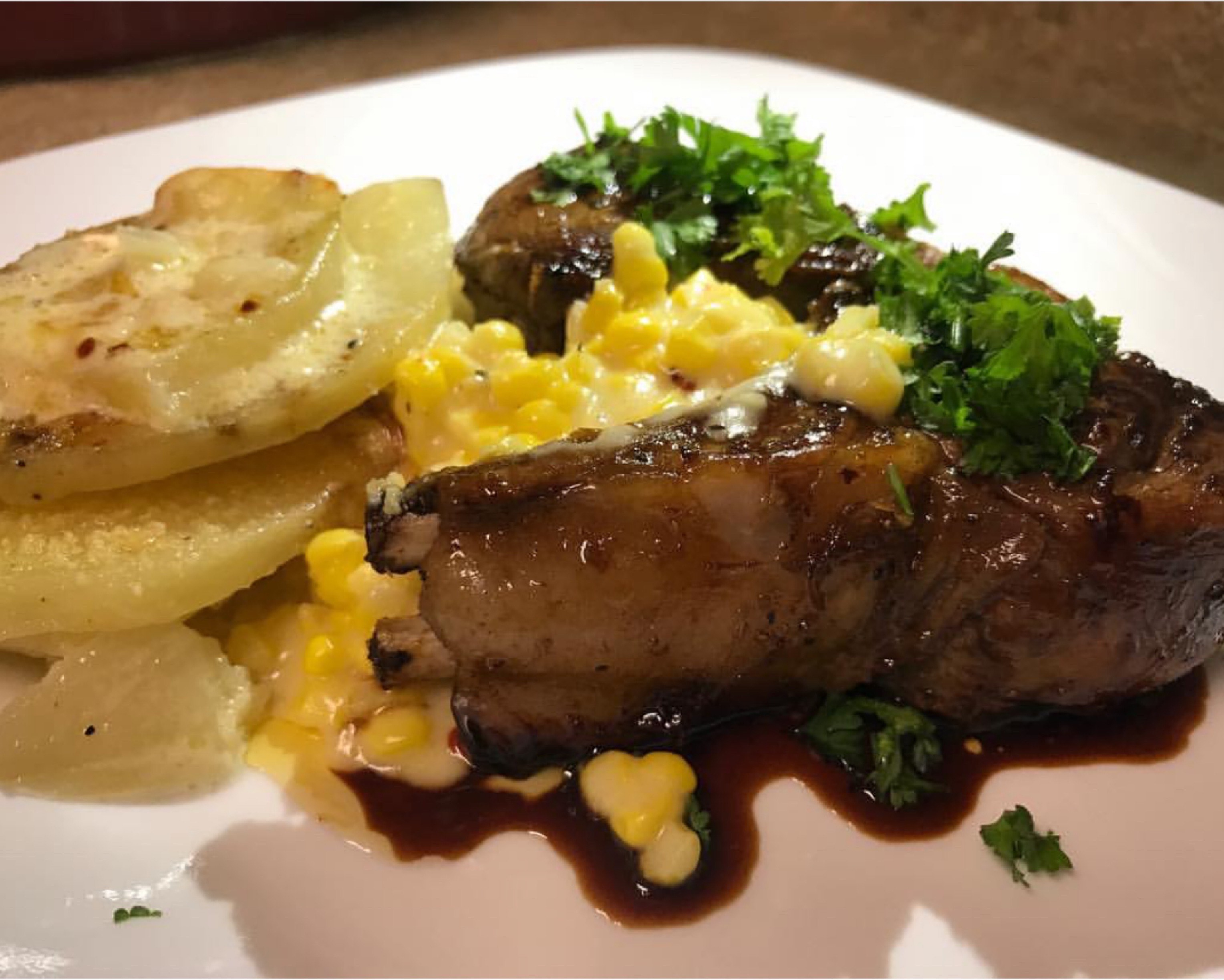 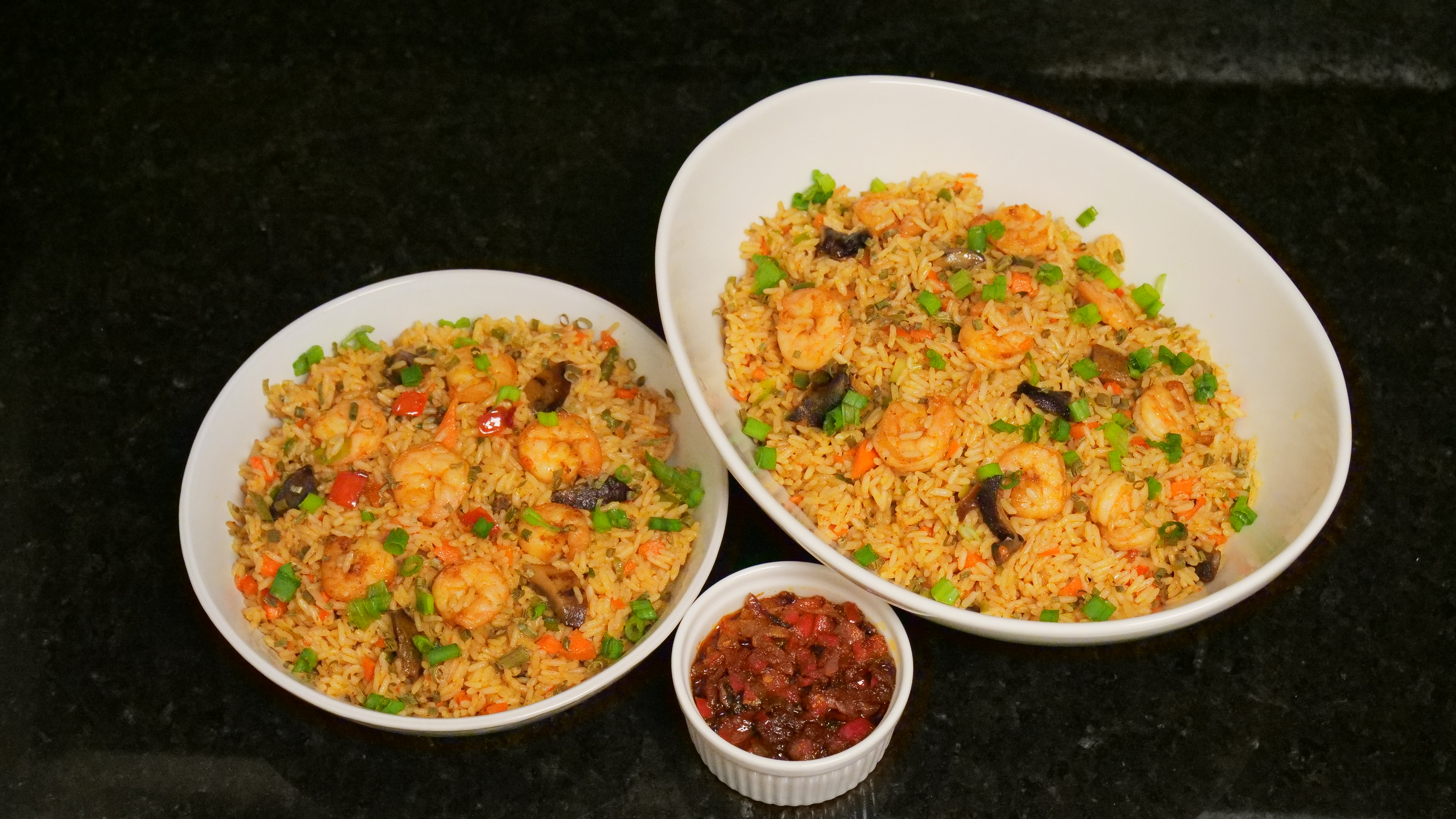 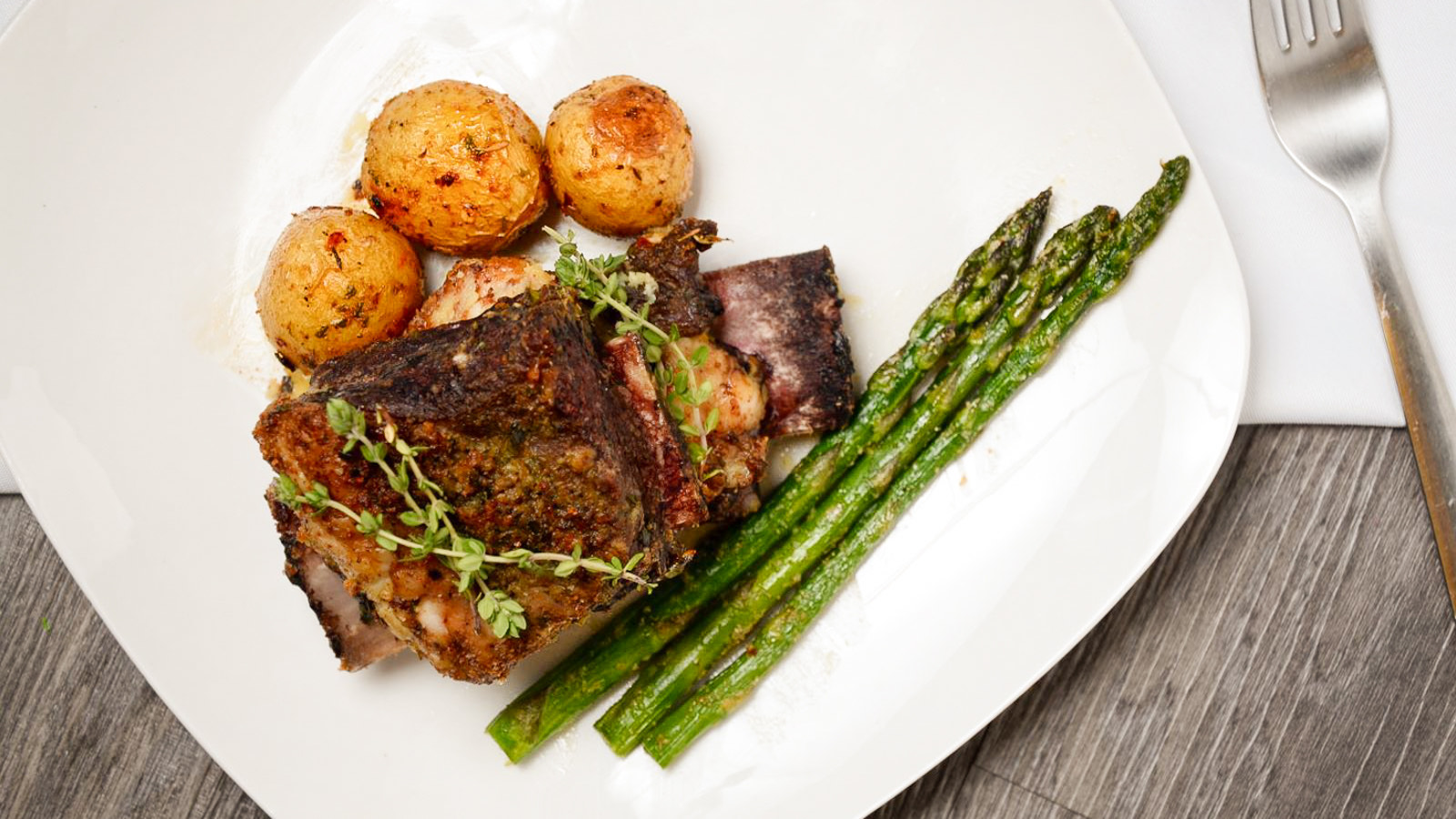